Meet Nini Amerlise of We Are Royals 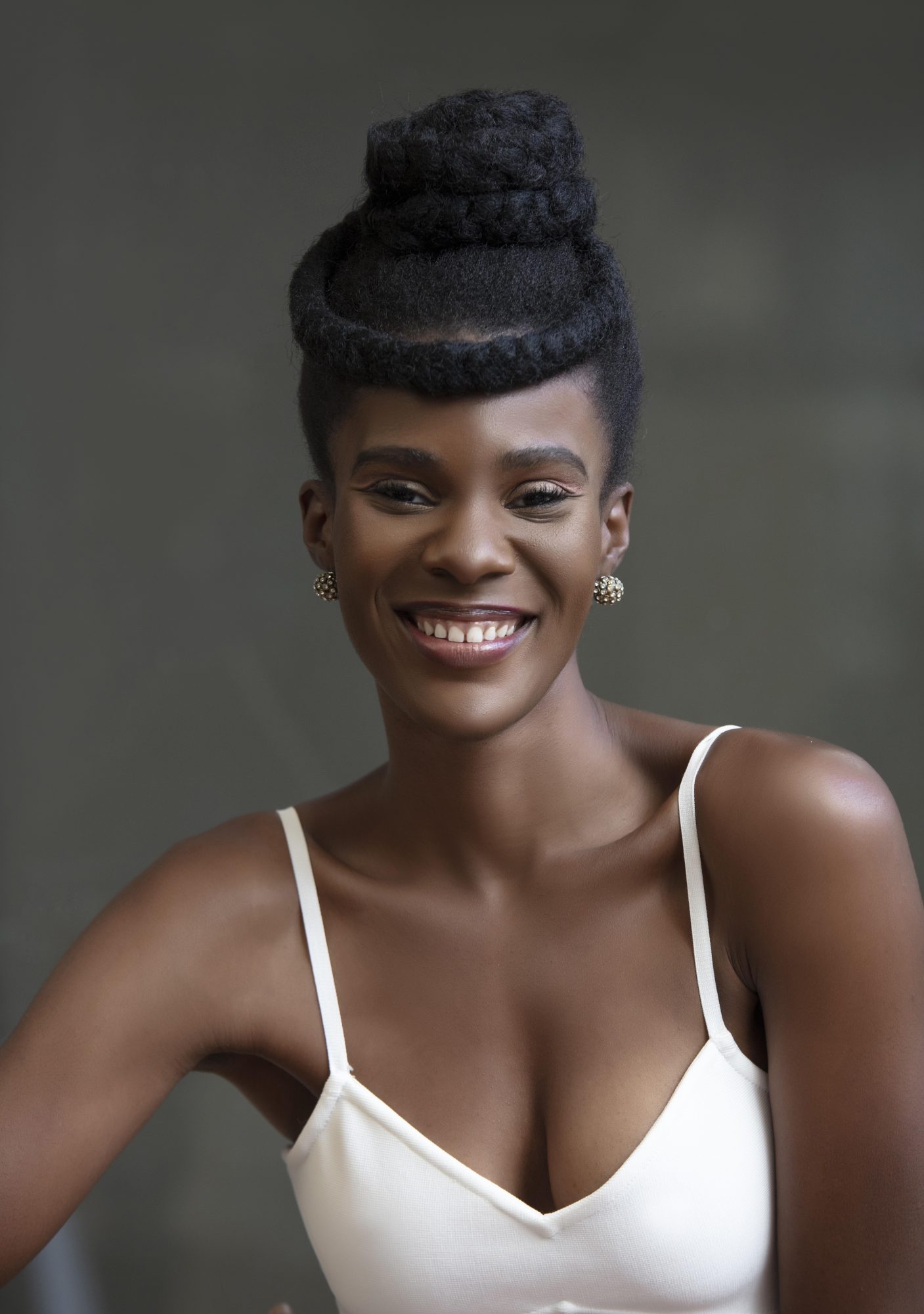 Today we’d like to introduce you to Nini Amerlise.

So, before we jump into specific questions, why don’t you give us some details about you and your story.
My early beginnings was quite overwhelming both emotionally and mentally as it included intense bulling and years wrestling with extremely low self-esteem and depression. Looking at my own reflection was a struggle as the hurtful words of my peers eventually won its way and would overwhelmingly invade my mind each time I attempted to take a glance in the mirror. Mental scarring caused by ongoing verbal abuse and mistreatment during my childhood spanned as far as racist slurs, physical violation, and death wishes. All resulting in constant battles of suicide, fear, anxiety and self-harm as I developed the early stages of anorexia nervosa.

Fortunately, a change of events took place, igniting a burning flame within me. In 2014, I embarked on a new trajectory during my search of self-identity and love. Through much mentorship, I was able to get my mind on track, as I ventured into the world of fashion; I was able to get my feet wet as a newly emerged model with massive potential. It has only been a little over five years and I have not only achieved much success in the industry, I has also conquered the extreme lows of suicide, rape, depression, and multiple other struggles.

I openly confess that none of this would be possible without my comforter, creator of the universe, God and his profound guidance, as I believe He has comforted me throughout the entire process. As an 8-time award-winning trailblazer, I’ve been featured and showcased on some of the most prestigious platforms worldwide. Some of my most notable highlights include: Vogue UK, Flare magazine, Be Body Aware Campaign for Vogue Italia, Glamour Magazine, Huffington Post, Daily Mail UK, Jamaican Gleaner, Caribbean Entertainment Magazine, Golden Button fashion television series, NYFW, LAFW, Yaadie Fashion week, Caribbean Fashion week, Toronto Fashion week, Trinidad’s GT Network, Marshals commercial, CTV – Diversity in Fashion Panelist, The Karen Carrington Show, Impact Radio Los Angeles, Runway work alongside the mother of the Oslen twins (McKenzie Olsen), new fashion TV hit show on SLICE called STITCHED. Men’s health Magazine, ETV South Africa and amazingly enough, I get to explore the entire African diaspora as new traveling TV Host for Travel Africa TV!

In addition, I kicked off a Canadian wide modeling competition as Season One winner of Supermodel Canada, the sister series of America’s Next top model, which opened the avenue to become a first-time author and venture on as a motivational speaker. My successes lead to Self–Esteem development program “We Are Royals” launched fall of 2019.

An interview with CTV regarding diversity in the fashion industry elaborated on my personal struggles as a multiracial model and how I overcame the stereotypes. Amongst these accomplishments, I was awarded “Top Model” at the Miss International City Pageant in 2015 and “Rising Star Canadian Model of the Year” in 2016 at the African industry Awards. In 2018, I was awarded by the Canadian Member of Parliament, Gary Anandasangaree, as a Community Activist and recognized as one of the “Top influential Black women in Canada”. As the journey progressed, later that year I took home the Woman on fire – “Butterfly” Award, following with “Vigor high Achievement” award, which led to much opportunity globally, including New York, Jamaica, Washington DC, Detroit, Vancouver, Calgary, Montreal, Ethiopia, Indiana, New Jersey, Germany, Uk and South Africa. While in California, I surprisingly attained the title of “Miss Ghana LA 2018” as a cool bonus inside the realm of pageantry.

Ironically enough, my platform has expanded beyond to realms of fashion, to now a first-time author for my new book collaboration ” Designer’s Original” and a traveling motivational speaker. I aim to use my story to inspire others to live not by our challenging circumstances, rather use it as fuel and refine us for greatness to birth forth. I continue to express “Everyone is made fearfully and wonderfully made, and what that means is to be fearlessly You, as there will never be another you. Continue to walk with purpose and rise to your destiny!”

We’re always bombarded by how great it is to pursue your passion, etc – but we’ve spoken with enough people to know that it’s not always easy. Overall, would you say things have been easy for you?
During my growth in the industry, I encountered much peer pressure. Countless closed doors and rejection from agencies, stating I’m not quite what they’re looking for. Which in turn fueled my fire to press forward!

We’d love to hear more about your organization.
We Are Royals is a prestigious platform catering to the needs of the young generation of future leaders to develop self-esteem, and confidence thus unlocking purpose in young Royals worldwide. We are on the constant search for real people with real stories, as every Royal has a great destiny ahead! It’s through honest transparency that will help encourage our fellow kings and queens worldwide to push through when one may feel defeated or discouraged. During the journey, all of us face adversity and hardships of some sort. However, it’s the way we press through that determines the level of excellence and victory we obtain. In society, media has been key tool used to influence subliminal messaging of unrealistic standards of beauty and self-identity. We then begin to assimilate to the worldly standards of who we are or what we should look like when in truth the creator of the universe has established us all with packaged greatness embedded in our DNA.

As the founder of the organization, my goal is to give back what I have healed from and lacked growing up. Through the elements of Arts and culture, I have facilitated workshops, seminars and online packages to help youths and young adults attain their destiny! What I love most about my company is the integration of diversity, there is much unity and love in a very transparent environment, where Royals can freely express themselves while sharing their story in a creative way and I believe thats what sets us apart.

What were you like growing up?
As a child, I always enjoyed dressing up in my mothers clothing and shoes! My sisters enjoyed taking candid shots of me, I was like their little dolly since we had a 12-15 year age gap. My mom always giggled at how creatively inclined I was, she saw I had a natural ability for posing, piecing together my own outfits, creating my own mini houses with kitchenette and toys.

My Mom was always an inspiration to my creativity as she had a flare for fashion design and the arts. Every outing she never ceased to dress to impress!

Pricing:
WE ARE ROYALS – (NGO) 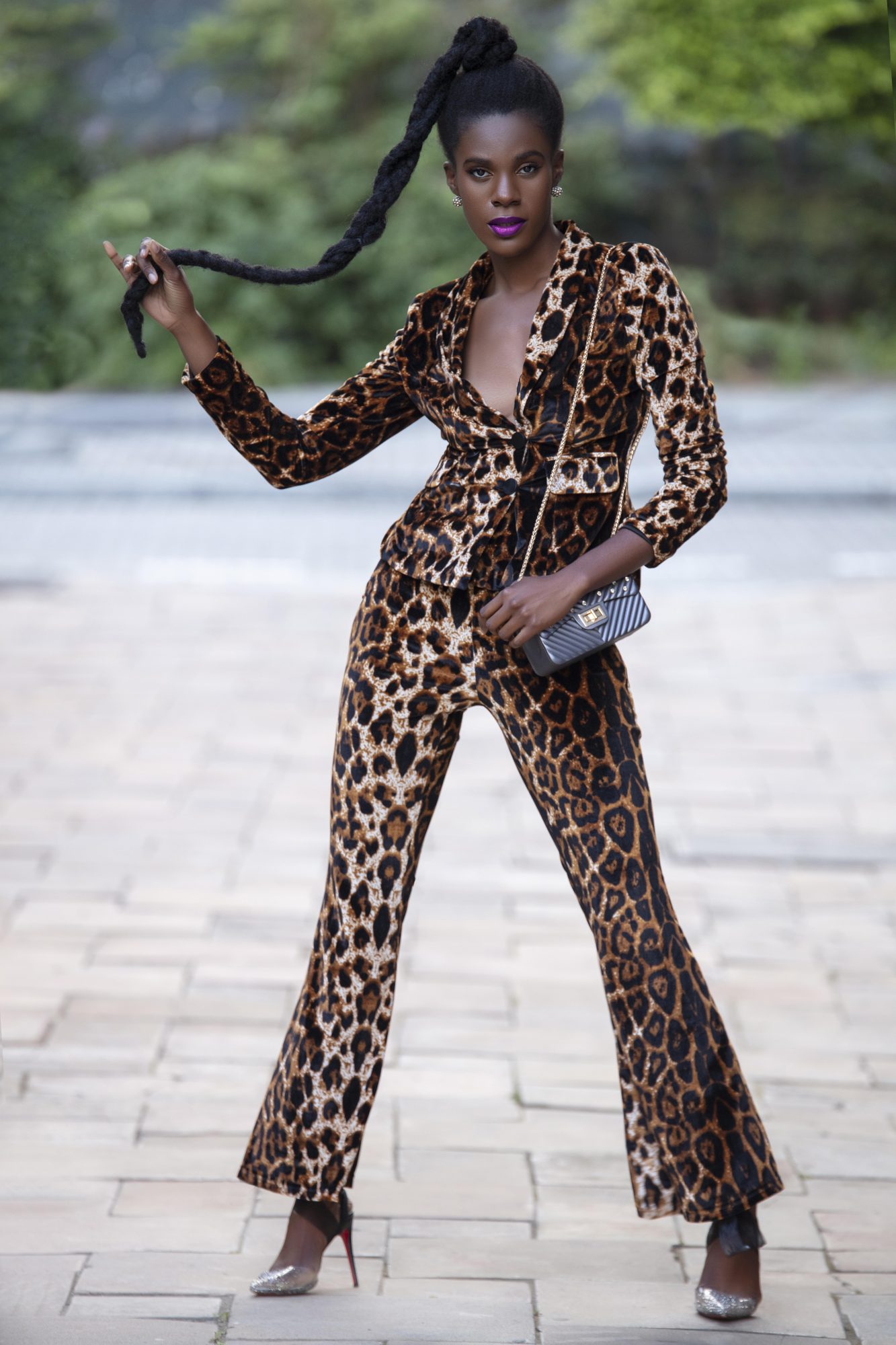 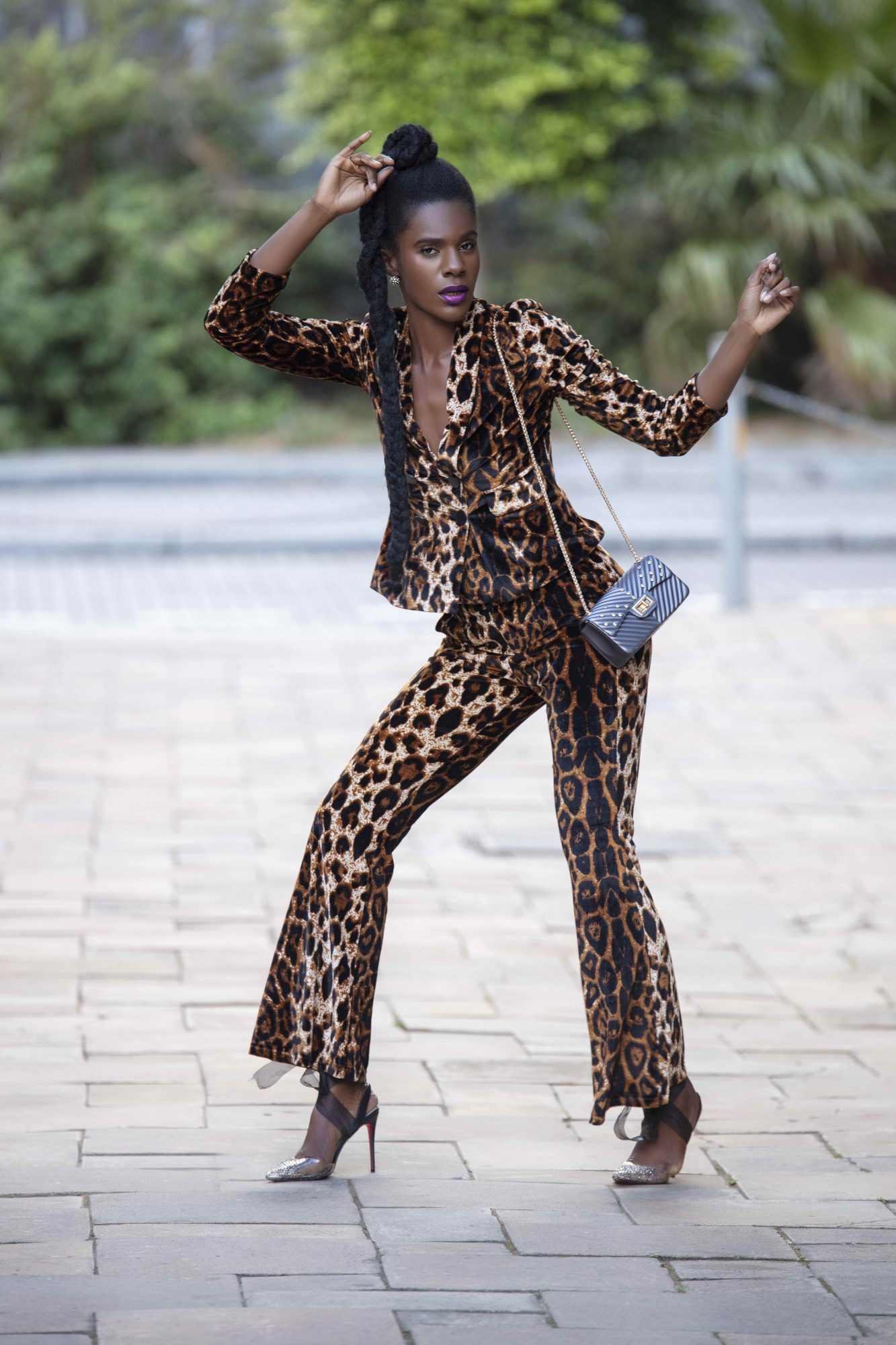 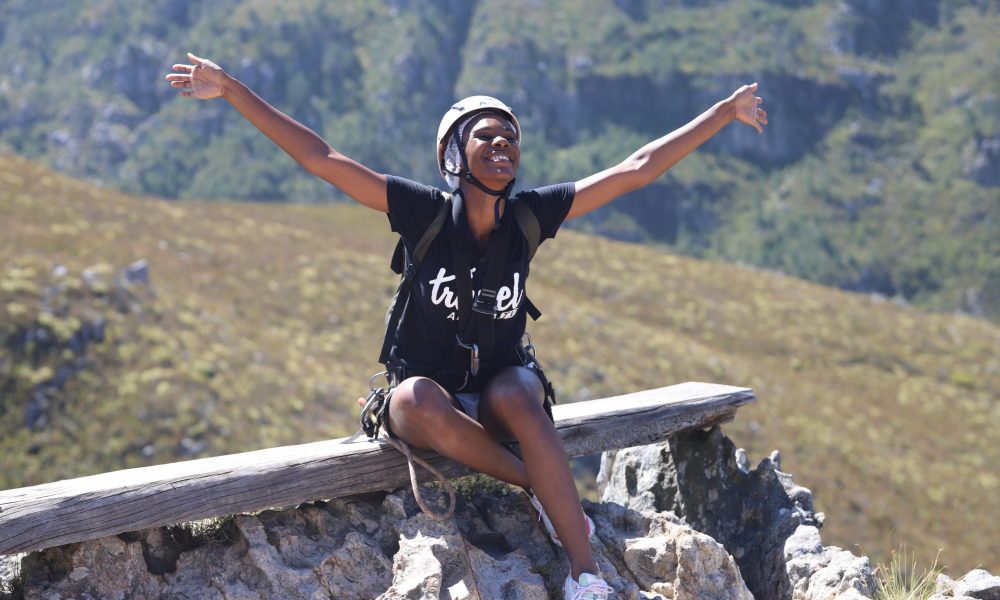 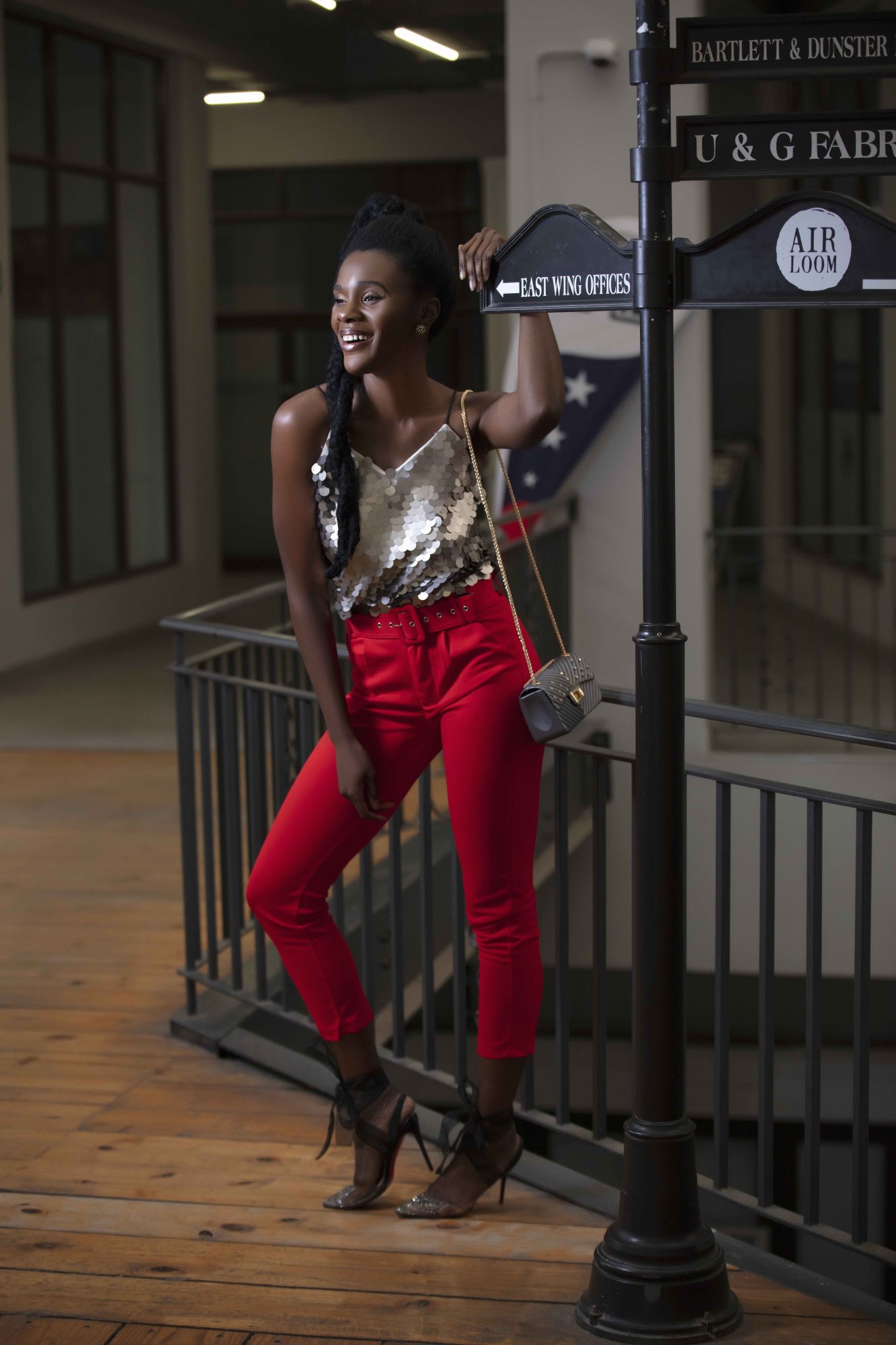 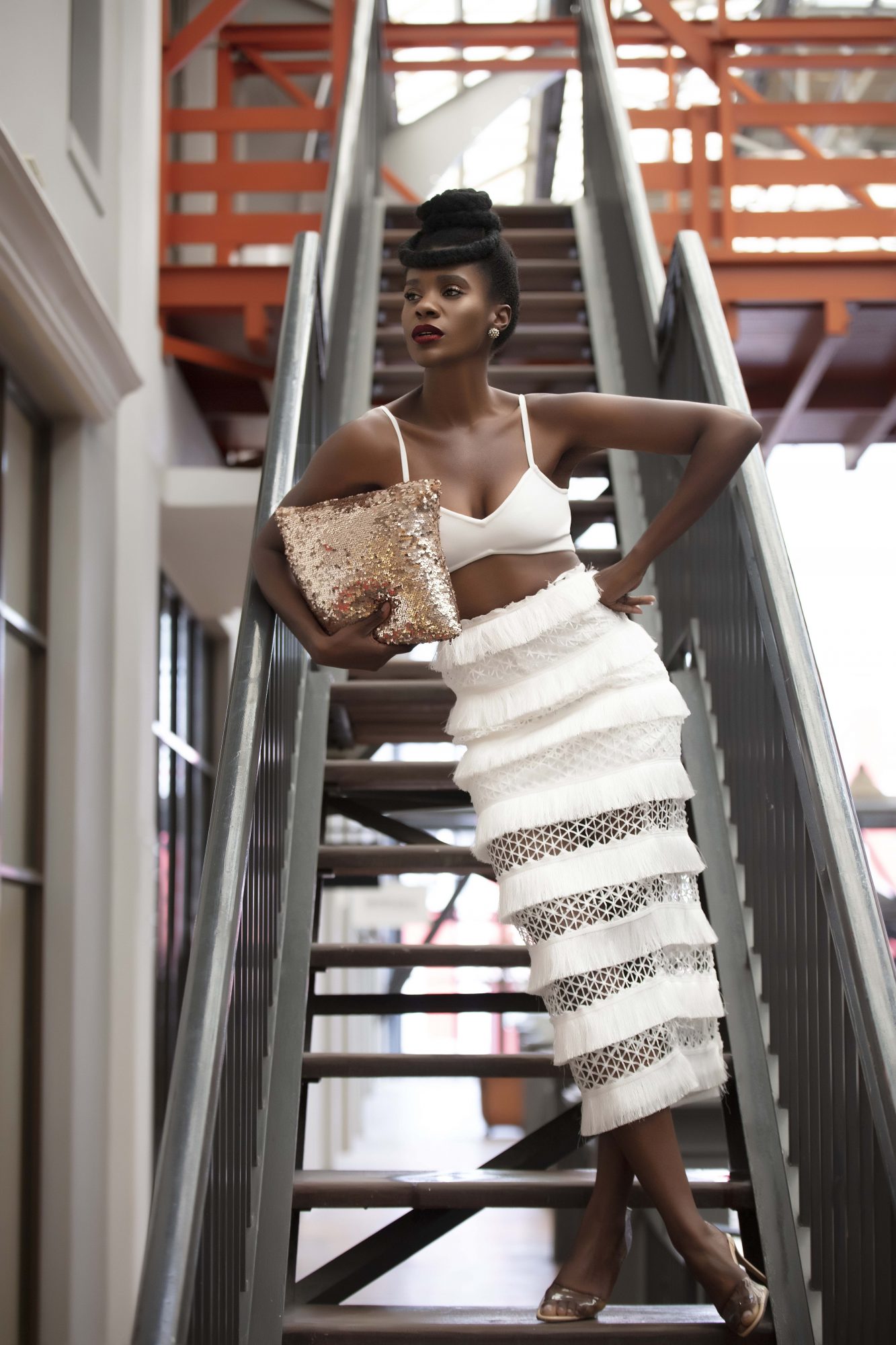 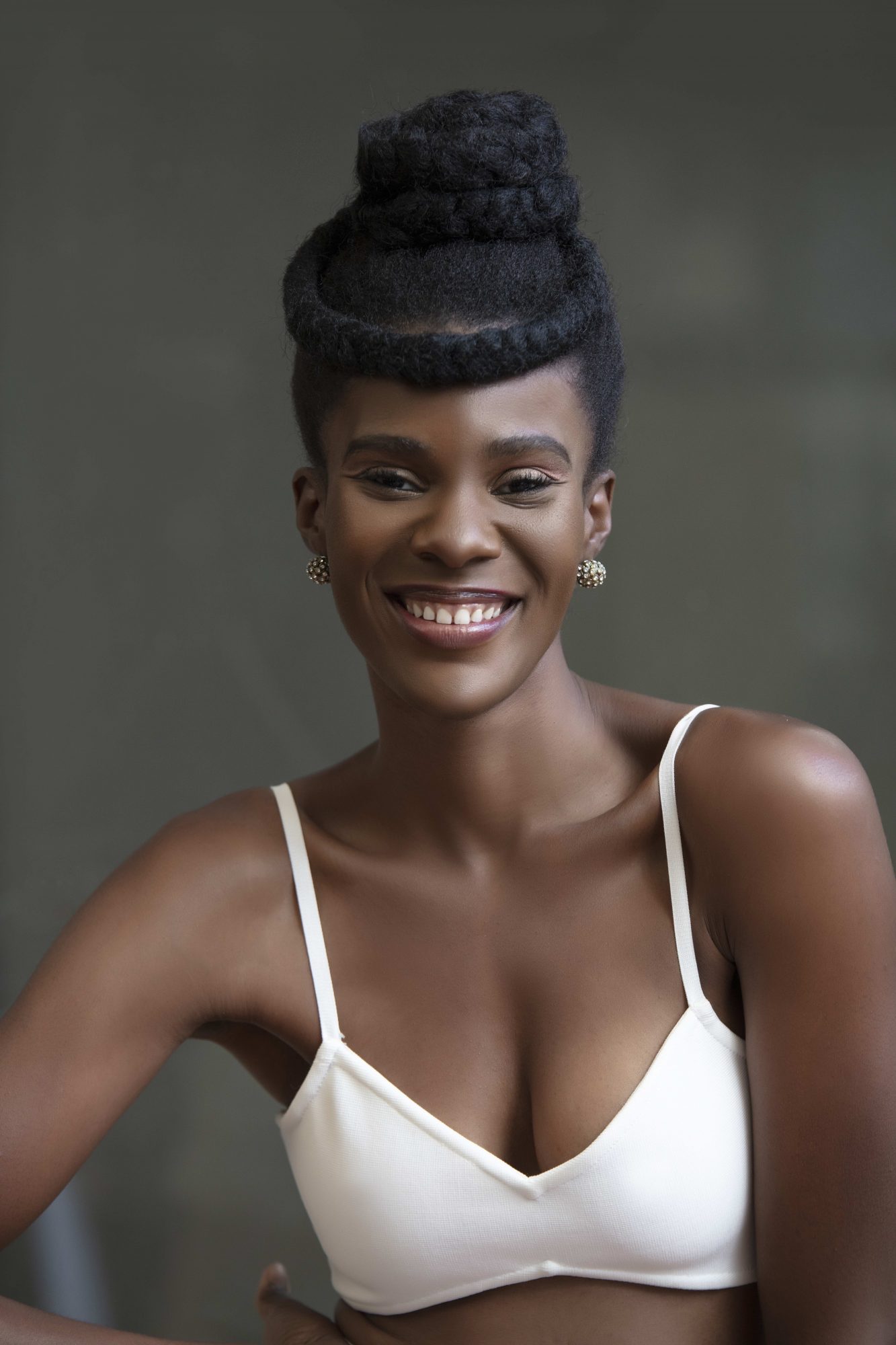 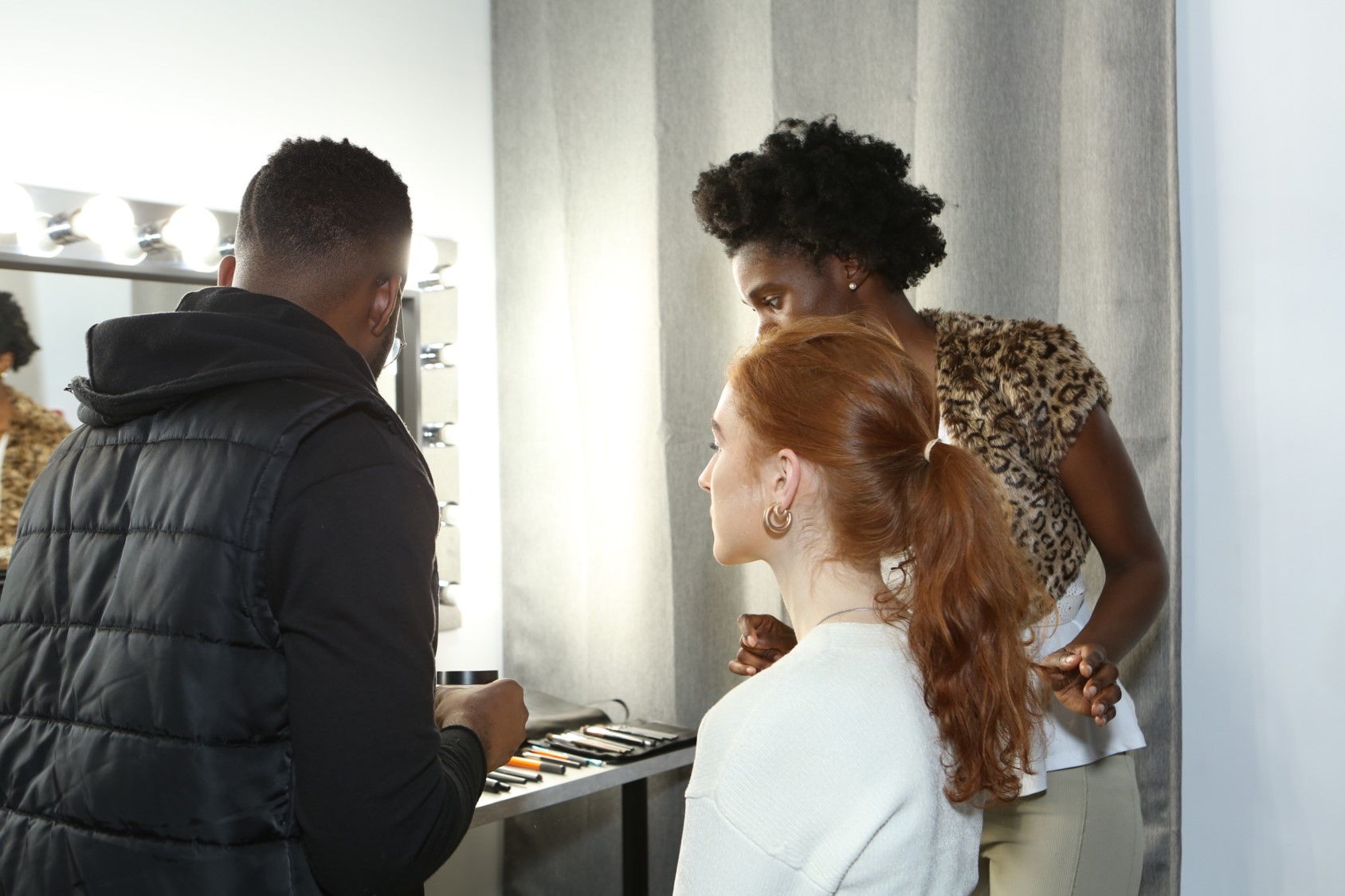 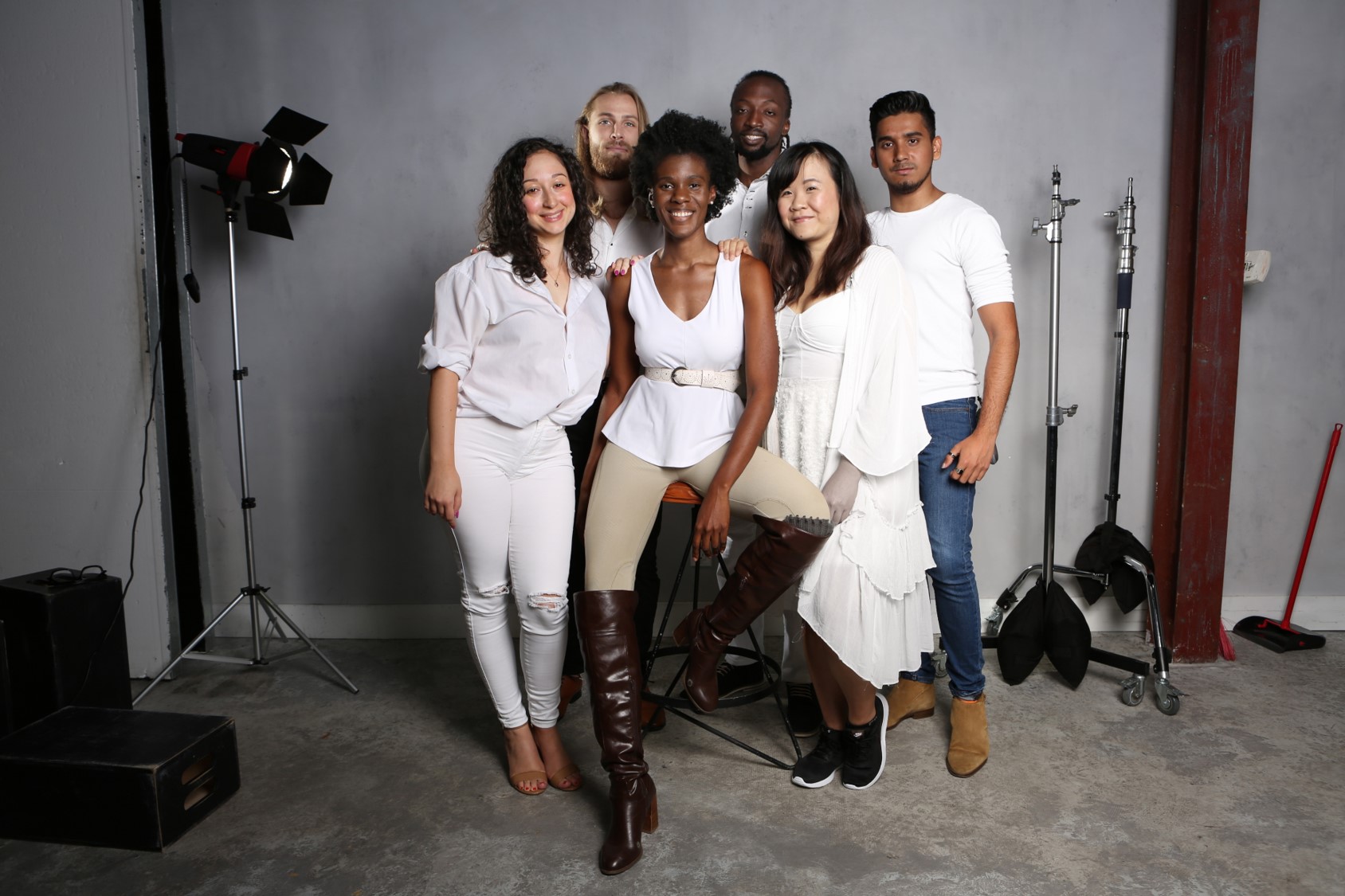 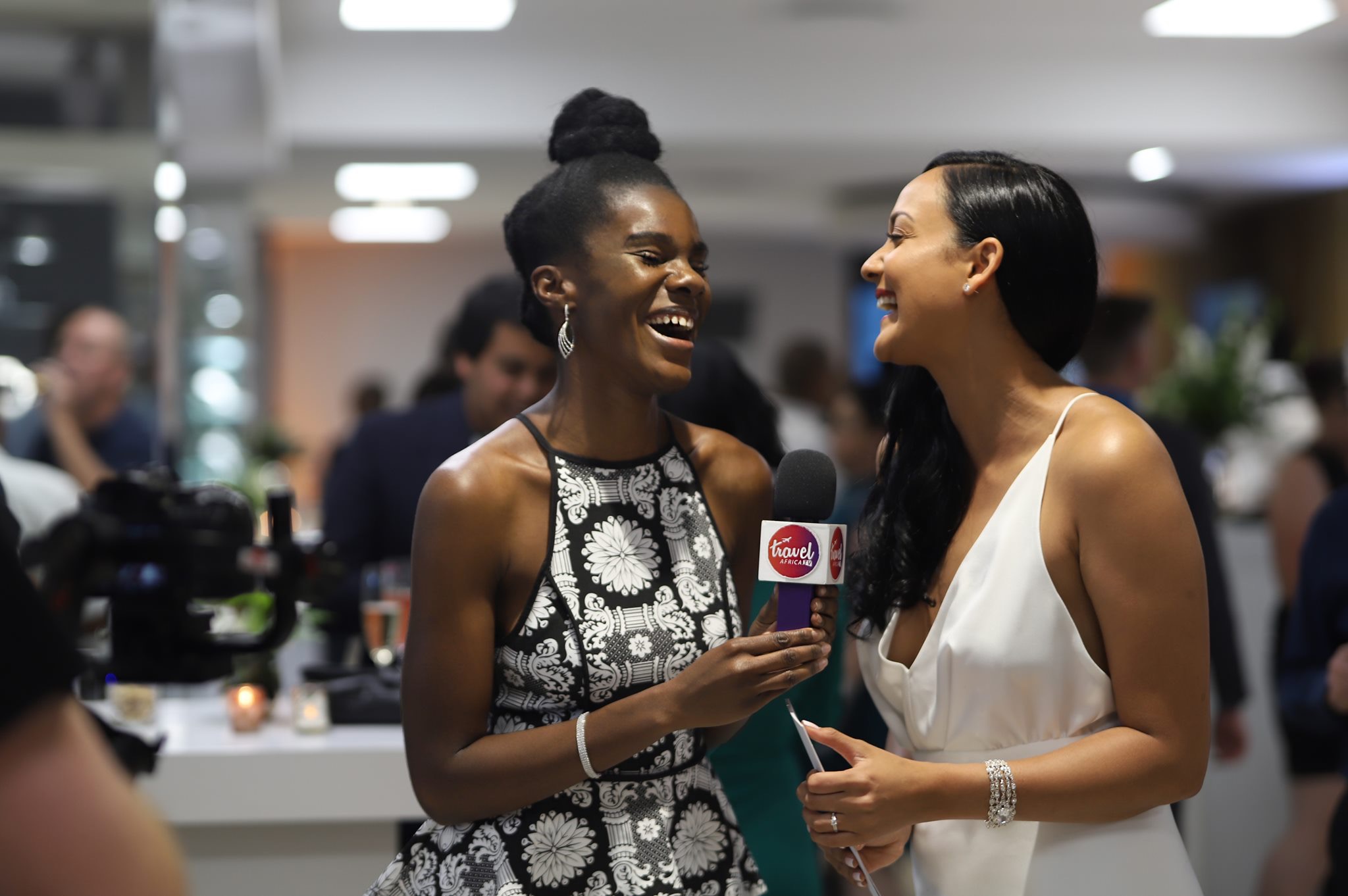