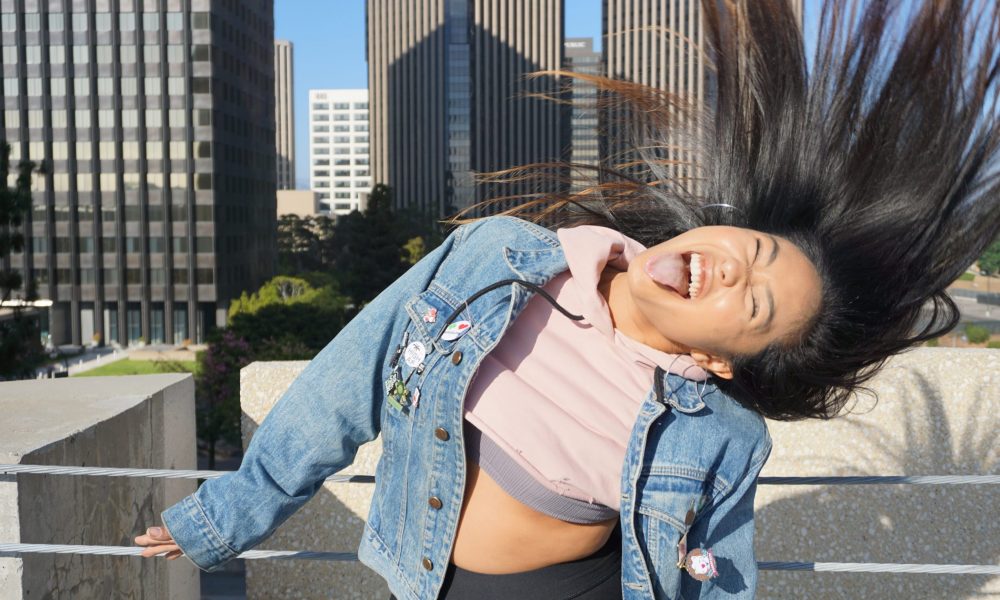 Today we’d like to introduce you to Nina Gosiengfiao.

Thanks for sharing your story with us Nina. So, let’s start at the beginning and we can move on from there.
I was born in the bay area city of San Ramon, CA to a Filipino-American family. I was exposed to creativity from a young age because my father was an architect who loved to draw, and you could always find my mother singing wherever she was- in the car, in the shower, at the family parties on the karaoke. I fell in love with singing watching my mom and one day while she was taking a break from karaoke in the living room and doing the dishes, I picked up the mic and sang my very first song, “Dreaming of you” by Selena. I was six. As soon as my parents found out I could hold a tune, they entered me in youth musical theater camp as a daycare when they couldn’t be home with me during the summers.

My parents weren’t the typical pressure me to be a lawyer or doctor types. They were the pressure me to sing at every talent show and family function types. I was fortunate they were so supportive because I fell in love with the acting aspect of musicals during my time with the theater camp, and knew performing was what I wanted to do with the rest of my life. I told this to my mom around the age of 13, and she discovered a national talent competition where industry professionals attended called “Fashion Rock”. It took place in Florida, so we travelled there for it, and I ended up doing the competition twice. I didn’t place in any category the first time, but on the second try, I ended up being the first runner up for Teen Vocalis and winning Best Teen Actor. Through that competition, I ended up securing my first agent and manager in Los Angeles, CA.

Thus began the chapter in my life from age 14-18 when my parents would drive me back and forth between the bay area and Los Angeles for headshots, auditions and acting classes. I never booked anything but this part of my life ended up providing invaluable training for getting accustomed to maneuvering my way around Los Angeles and the entertainment industry, From ages 19-21, I took a break from auditions to study theater and attend community college in the bay. I had hopes of transferring to a university for a degree in musical theater, but I wasn’t feeling the program at my college and decided I wanted to keep curating my own training instead. I put school on hold and decided that if I wanted to go back, I’d learn something new other than performing. I am proof that there are other routes besides going to school to finding work in your field of interest.

So at the age of 22, I took the jump and made the move to LA. It was so refreshing to have a 4.5-minute drive to auditions versus a 4.5 hr drive. Everything changed once I made the move and immersed myself in all the opportunities and connections out here. I worked restaurant jobs for the first two years, and then through a connect who had coincidentally worked with me at my first job in the bay as a cashier in retail, I got the full-time job I’m still at currently as a receptionist at three Arts Entertainment. I call it my dream job because they have always been supportive of my acting and have allowed me to attend auditions on lunch breaks. It also provided such invaluable experience because as a full-service management and production company, I’ve gotten to see so many amazing shows and films built from the ground up and brought to life. So many multi-hyphenate artists and creators work with them, and it’s inspiring to be around. I came to 3 Arts as an actress only, but after six years here- I’m also now a stand-up comedian with desires to write, produce and direct!

Over the years, I’ve learned so much and have really gotten the yearning to take control of my own narrative. I used to be an actor that complained about not having enough auditions, but as soon as I shifted my focus to creating my own opportunities, my career was blessed with abundance! I also started booking more. Screen credits include appearances on “Comedy Bang Bang” (IFC), “Hand of God” (Amazon Studios), “The Mick” (Fox) and “Grey’s Anatomy” (ABC). My most recent appearances this year include “This is Us” (NBC), and “Silicon Valley” (HBO). I’m also highly passionate for advocating the advancement of Filipino Americans in the arts and I manage social media for a nonprofit organization called FilAm Creative. Coming up next for me, I am producing a live stand-up comedy show at the historic Ace Hotel in downtown Los Angeles with my boyfriend and fellow stand up comedian, Corey Huber! It’s called “Egg On Your Face: A Brunch Comedy Show” and it debuts on Sunday, November 3, 2019.

Overall, has it been relatively smooth? If not, what were some of the struggles along the way?
I definitely wouldn’t describe my road as smooth. There have been lots of potholes and wrong turns! Ultimately, I’ve found that these obstacles just strengthened my driving skills though.

My biggest struggle was always a mental one with anxiety. Joy and fun were one of the reasons I was drawn to performing at such a young age, but I also liked the validation and acceptance I got from being on that stage. When I performed onstage, people liked me. Offstage, I was shy, awkward and bullied for being overweight. I became obsessed with how I could hide behind a role on that stage and not be me. I carried this belief for a long time- that I had to be something other than myself to be successful.

This posed big problems once I started auditioning in LA as a teenager because I wasn’t booking, and I started to associate this with my self-worth. It made me feel really insecure and start to question myself. I was hard on myself for not being good enough, yet I was at an age where my self was still developing. I started to focus on how I looked and began to value appearances over the quality of my craft. I wanted so much to look a certain way and be a certain size, and I blamed the fact that it was because I didn’t look a certain way that I wasn’t booking. Of course, this kind of fear and anxiety didn’t make me the best auditioner. I had crippling social anxiety when it came to dealing with casting directors.

Looking back now, I realize the fact I wanted to run away from being myself is probably why I didn’t have much success. Casting directors want to cast YOU in a role. When you are so busy trying to be what they want you to be instead of just being grounded in yourself, there is a disconnect. That’s why they call it SHOW business. You are supposed to show your vulnerability when you are acting, not hide. It’s been a never-ending challenge to unconditionally love myself and all my imperfections. But focusing on this has been what has led me to my biggest breakthroughs in discovering my own voice through stand-up comedy and writing. I used to let fear lead me and now I let it motivate me. If I could speak to my younger self, I’d let her know to be kinder and more understanding to herself on this journey and instead of asking “What will others think?”- ask “What do I think?” You don’t need others’ validation when you can give that very love and acceptance to yourself.

Please tell us more about your work. What do you do? What do you specialize in? What sets you apart from competition?
I am primarily known for being an actress and singer. Musicals are my forte! It’s definitely where my heart lies and being in a musical television show or film is at the top of my bucket list. I’ve been writing a musical dramedy pilot (maybe mentioning it out loud here will help me finish it !)

I have also been able to add comedian to my resume for the last five years, and have been working on marrying two of my favorite things together- musicals and comedy. I’ve written a couple of musical parodies and would like to keep continuing with that.

I think my favorite musical roles have been Kim in Miss Saigon, Alexi Darling in Rent, Lou Ann in Hairspray and Gabriella in the stage production of High School Musical.

I mentioned some of my screen credits earlier that I’m equally proud of! I think what sets me apart is that no one else can be exactly me, right? There can only be one uniquely you.

Any shoutouts? Who else deserves credit in this story – who has played a meaningful role?
My mom-ager and dad: They supported me from day one- always encouraged me to get up there and sing, even when I was too afraid to. They taught me the extreme commitment it takes to stay dedicated to my craft when they’d drop everything to drive me five hours for an audition. They helped me navigate the business side of the industry and this helped especially when it came to dealing with my agents and managers. They taught me how to call and visit my representatives to keep a strong communication and connection with them. Back then as a teen, it mortified me but now, in the long run, it has given me so much confidence in choosing the right business connects. My favorite memory of my mom and dad was when they coached me in a hotel room on the Listerine commercial copy that ultimately went on to win me Best Teen Actor at the talent competition I attended all those years ago. I’m so extremely grateful for their support and belief in me.

Tina Cardinale and Christopher Burns: They are a husband-wife duo who were the youth theater camp teachers who directed me in a youth production of the musical “Children of Eden,” in which I played my first leading character “Mama Noah” at nine years old. They believed in me so much. Chris pulled my parents aside and told them my voice had great potential. Tina was the dance choreographer of the show and dancing was never as natural for me as singing, so I remember one time she stayed after hours to help me with choreography one on one. I’m so thankful for the patience they had with my uncoordinated nine-year-old self!

Aidan Park: I call Aidan the big brother I never had. He one of those dear actor friends you meet doing a show and keep with you for the rest of your life. We met doing a 2005 regional production of “Miss Saigon” in the Bay Area, I played Kim and he played the Viet Cong leader, Thuy. He was 20 and I was 14 when we met. Working with him was so fun and present. The crew would tell us we played our scene differently every night. To this day, we still creatively collaborate. He ended up moving to LA before I did and was always pushing me to join him, He became a headlining comic playing everywhere from the Laugh Factory to the Improv. It was inspiring. Once I did move here, he is also the one who pushed me to try stand up comedy and gave me my first stage time ever as a comic! I’m so glad I listened. 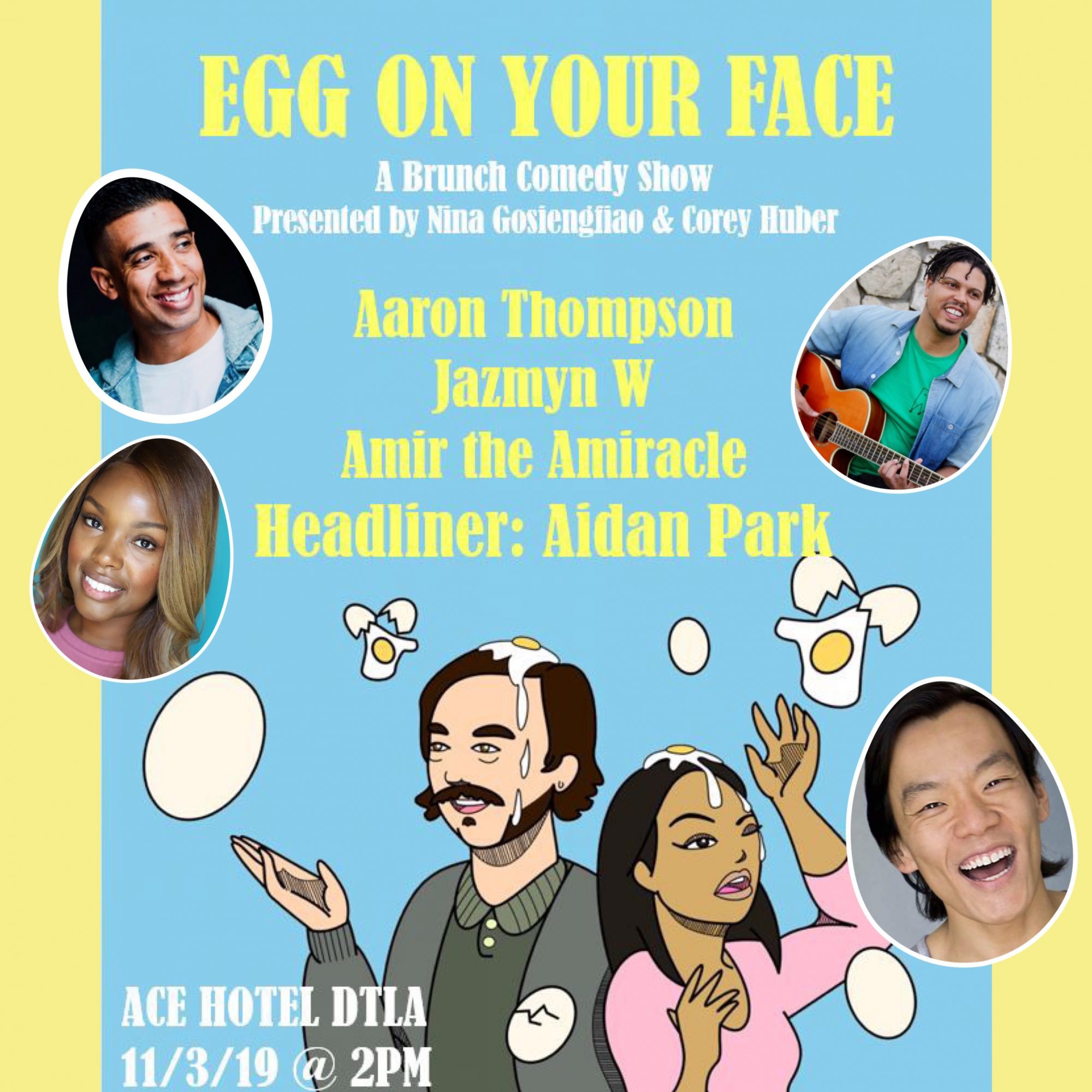 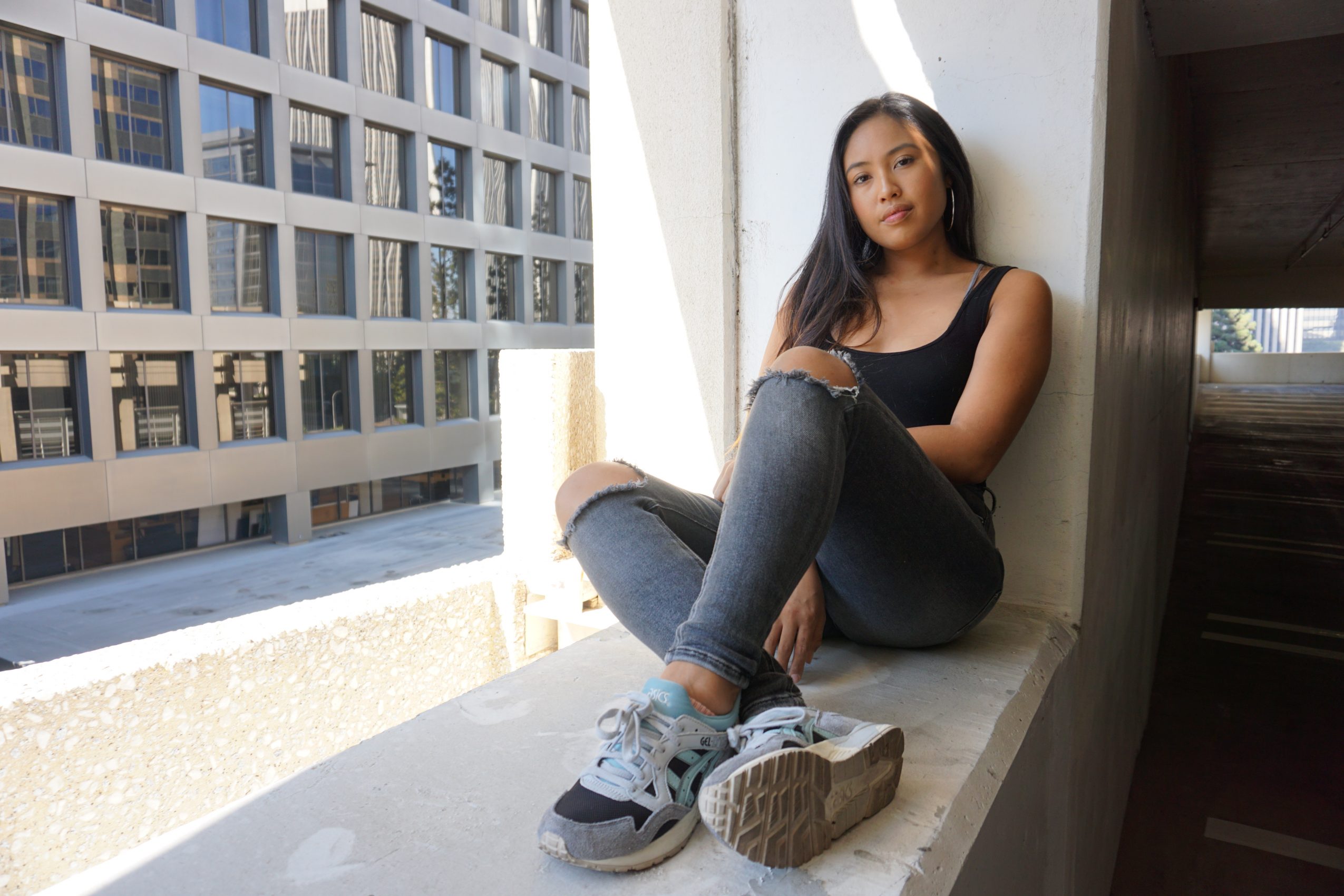 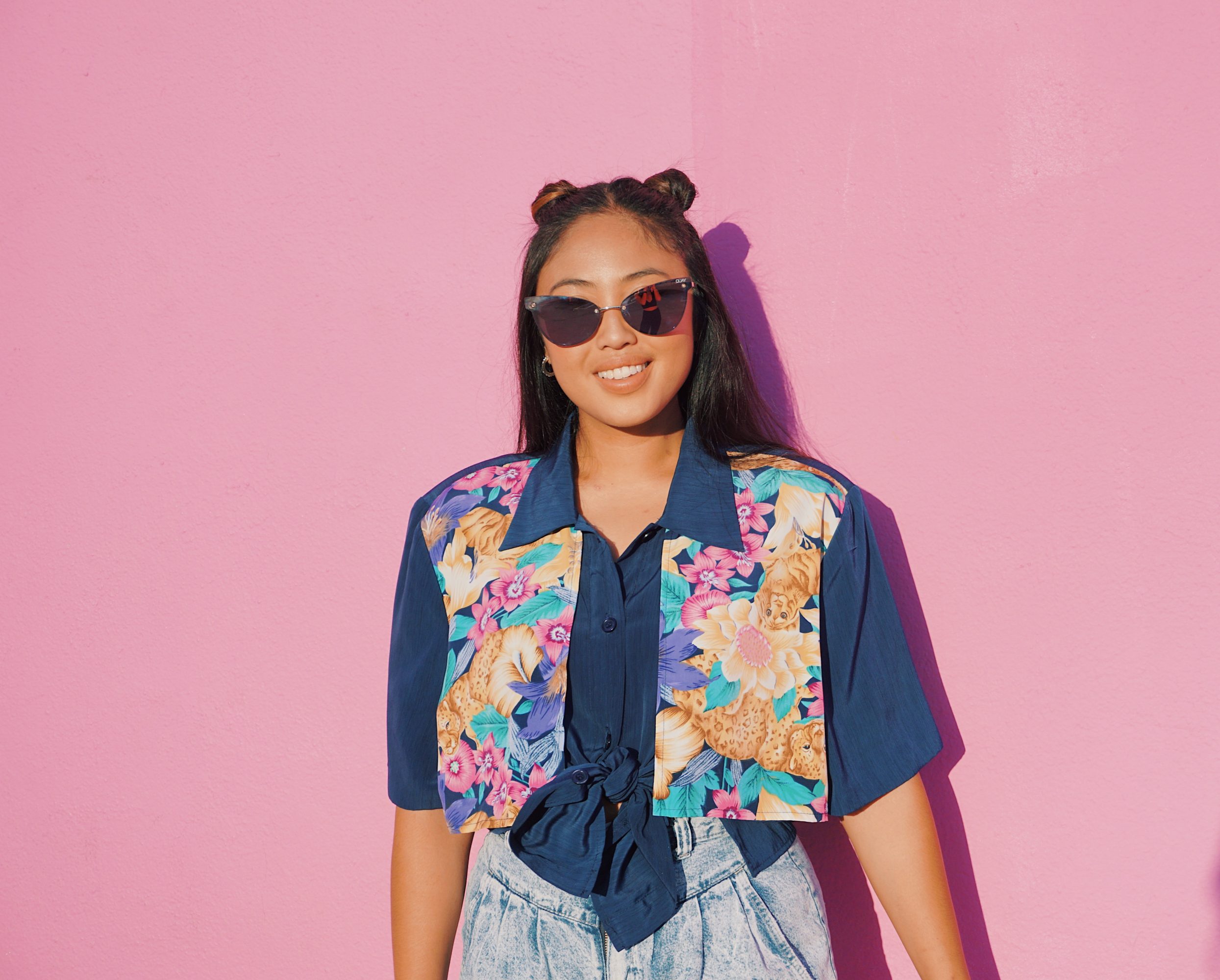 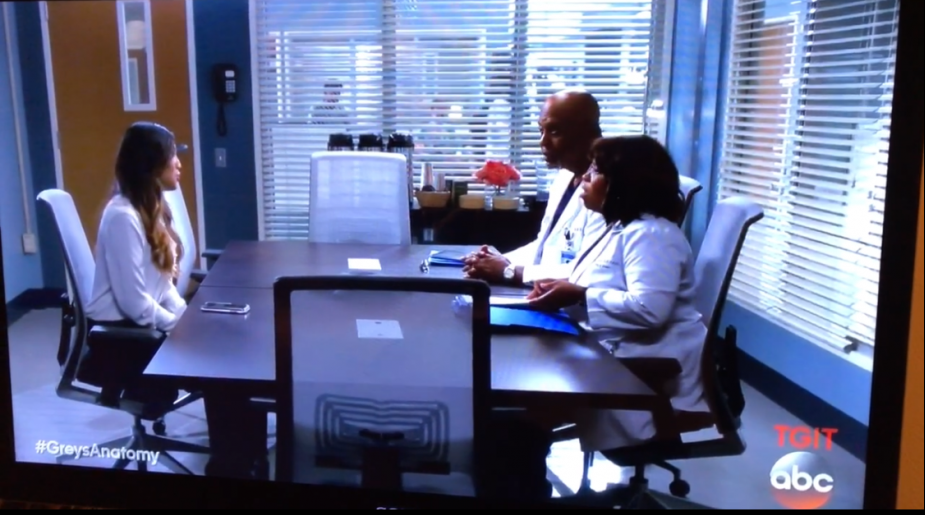 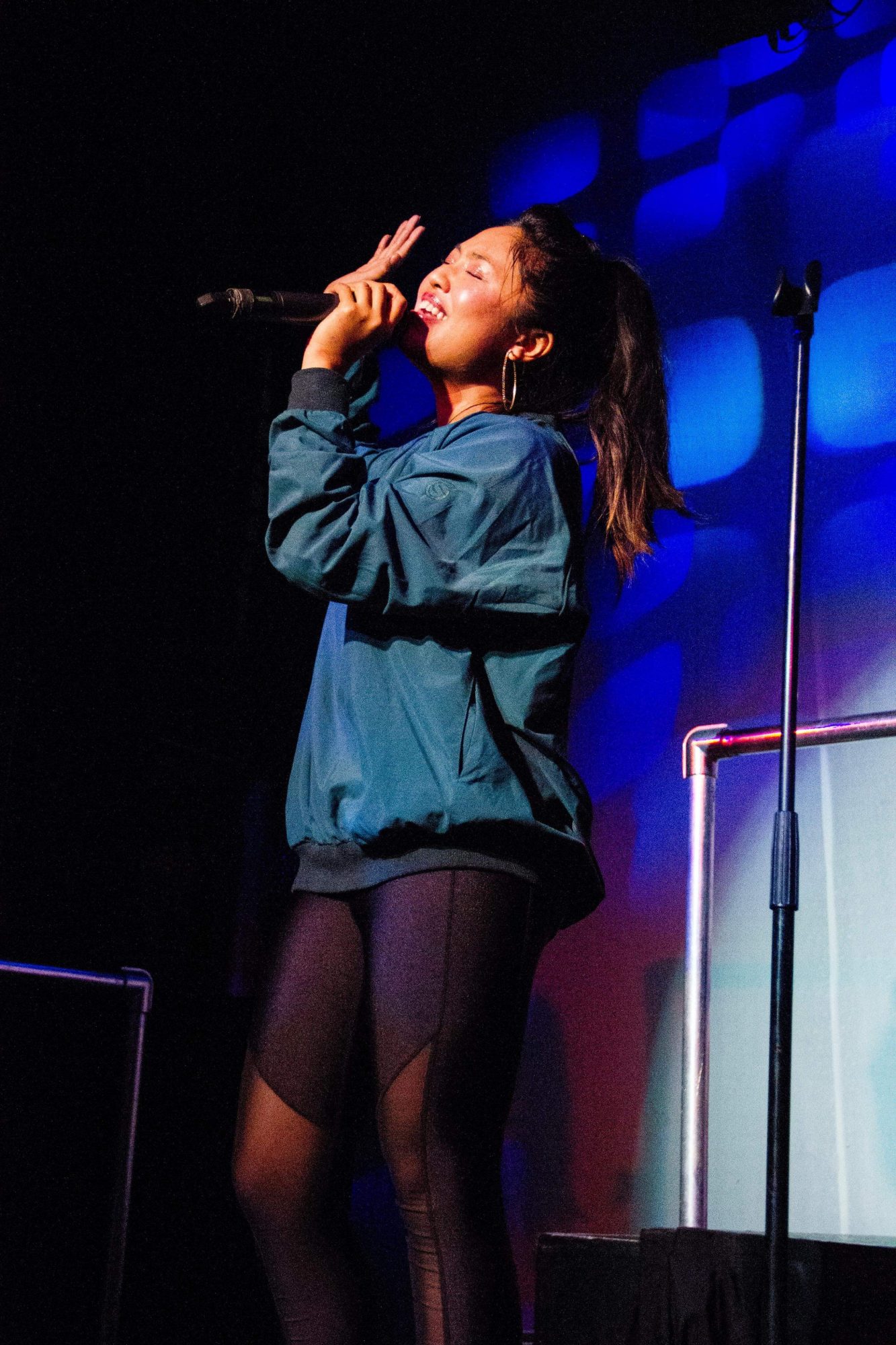 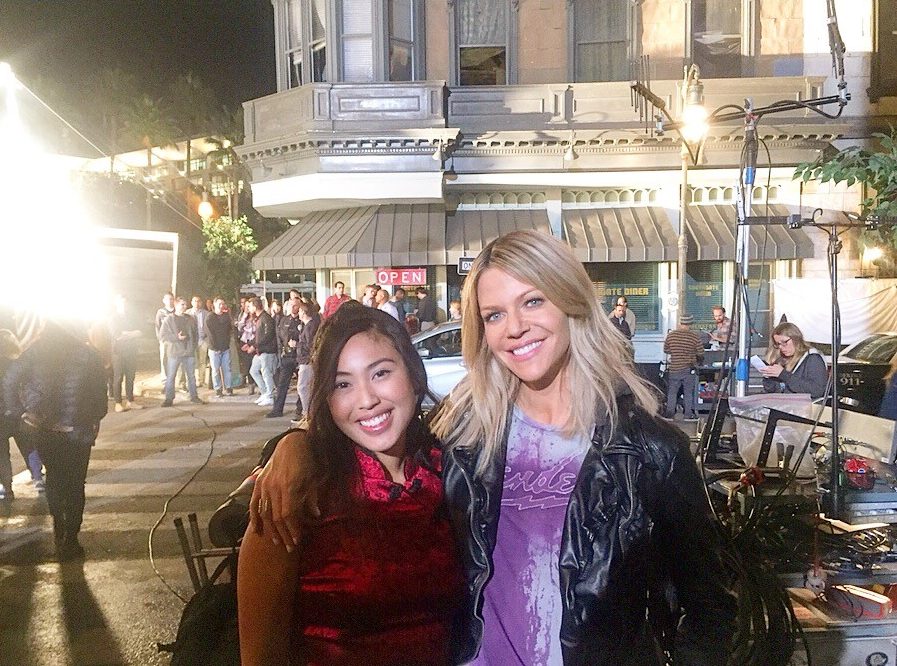 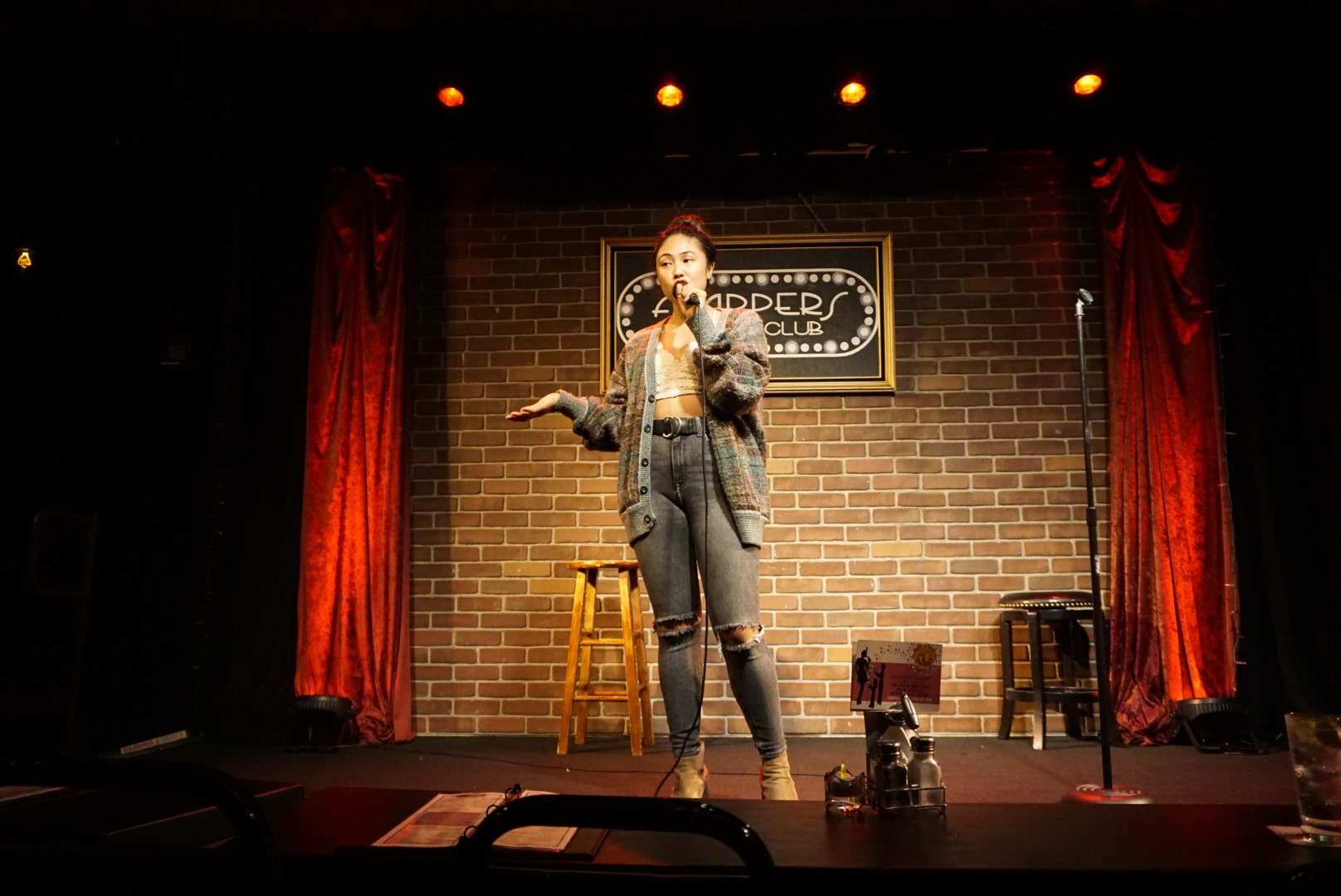 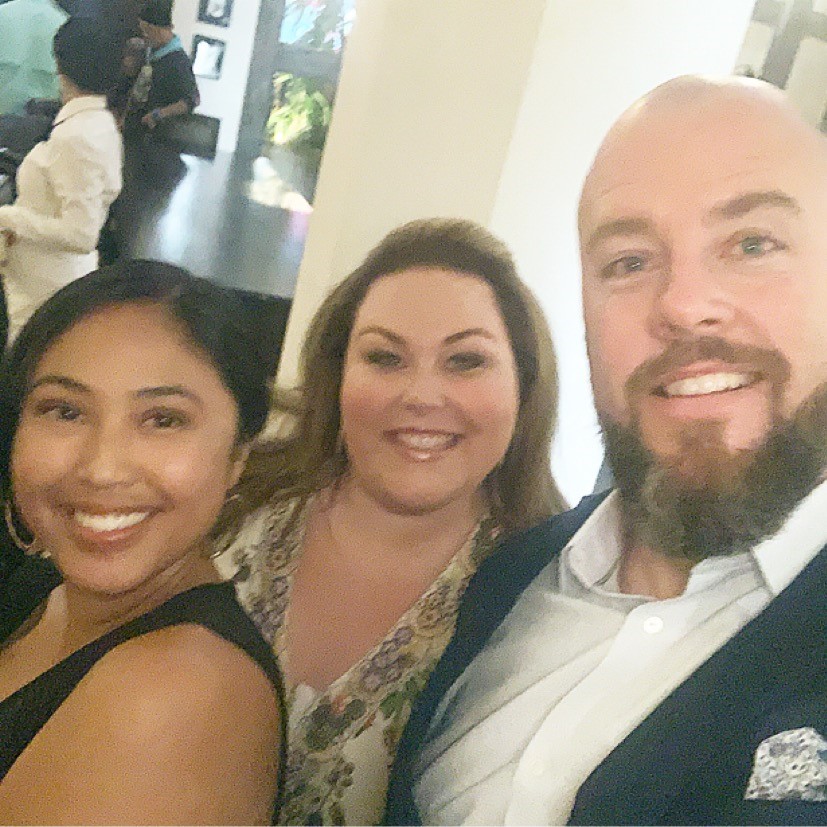