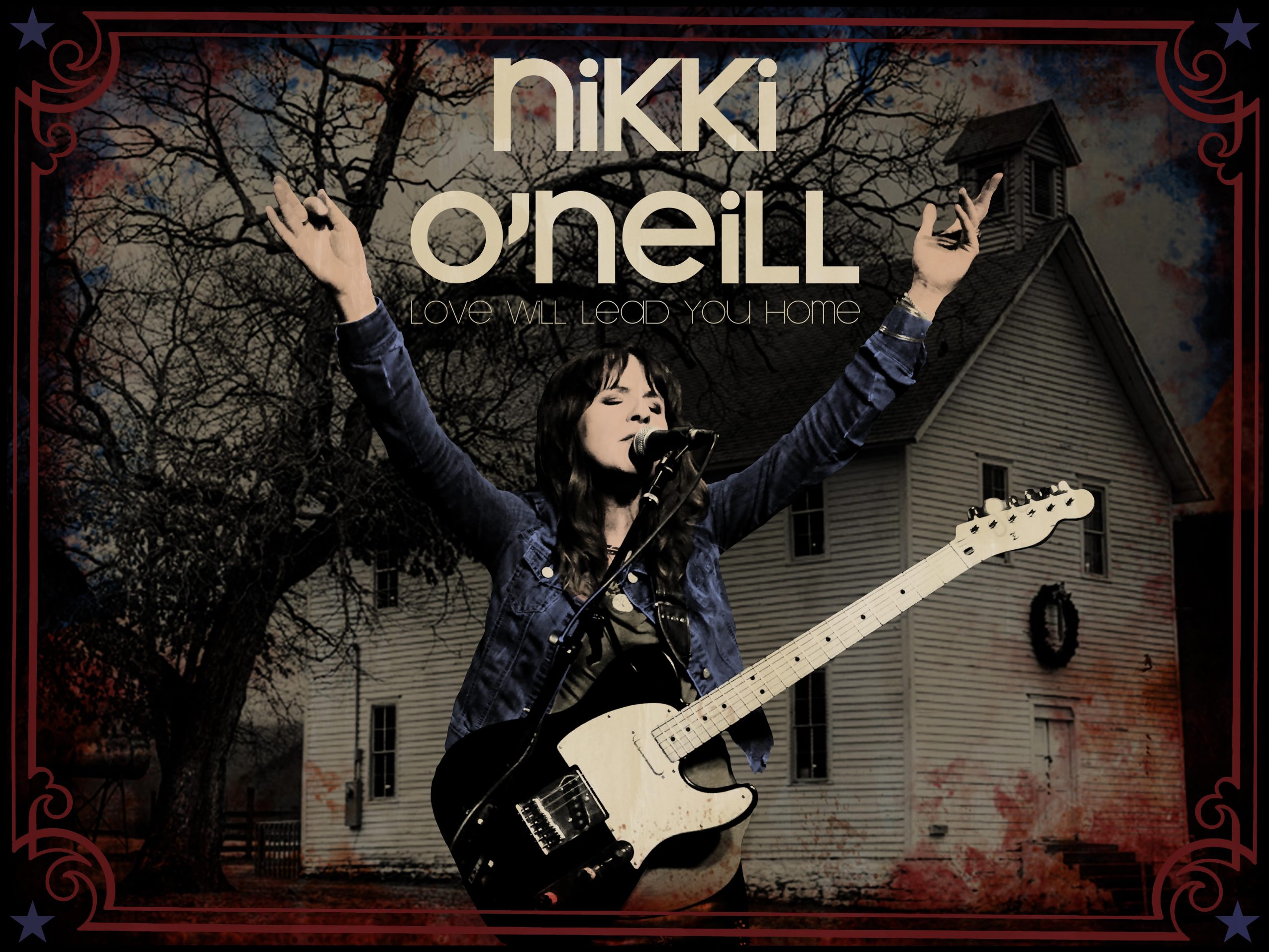 Today we’d like to introduce you to Nikki O’Neill.

Thanks for sharing your story with us Nikki. So, let’s start at the beginning and we can move on from there.
I’m a singer, songwriter and guitar player. You could call my music Americana, but I also have a real deep love for soul music and rhythm & blues that shows up in what I do. I have a band and perform a lot with them. My latest album is called ‘‘Love Will Lead You Home.’’ Last year, I followed it up with two singles, and this year my third album is coming out. I’ve also done plenty of guitar teaching and I’m the author of a book/ebook called ‘‘Women’s Road to Rock Guitar’’ (Alfred Music/iBooks.)

I live in Playa del Rey and was born in Santa Monica, but my family story is very much one about migration and a desire to pursue the arts. Both my mother and grandmother came from Eastern Europe. We were three generations of women living under one roof in Stockholm, Sweden, where we moved when I was seven. In our apartment, you’d hear Polish, English and Swedish (often within the same sentence!) So there was this mix of languages and cultures, but also feelings of rootlessness and being out of place. Our record player went on heavy rotation with my mom’s vinyl collection of Al Green, Santana and Polish cabaret and pop songs from the 30’s and 60’s. On Saturday mornings, she and my grandmother would grab an old radio and move the antenna around until it tuned into a radio station in Poland. It played Chopin as they sat around the dining table with their hair curling irons, lipsticks, mirrors, a worn deck of playing cards (which they used to tell each other their fortune), cups of coffee and an ashtray piling up with cigarettes.

They had no formal training in music, but they loved listening to a wide variety of it. I started hanging out in record stores when I was twelve, going through every bin and every genre, just staring at the covers. Sometimes my mother and I would sing along to the Barbra Streisand records that she bought. As I tried to mimic Babs’ signature vibrato, my mom would say: ‘‘No. That’s not how she does it.’’ She had wanted to be a singer when she was a teenager. I asked for a guitar when I was ten, but had to beg for one until my 16th birthday came. Then I got a nylon-string acoustic guitar, locked myself in my room and played my cassette tapes over and over, trying to figure out Prince songs and Santana guitar solos, while skipping breakfast, lunch or dinner. The seed was planted.

Has it been a smooth road?
Things are really good now, but there was a long “dark night of the soul” phase. When I was 16 and had only played guitar for a few months, I attended a music high school in Stockholm. It was fiercely competitive. Many of my classmates were already semi-professional players. At the same time, things weren’t going so well at home and I moved out the following year. I became very insecure… going about life as if I wasn’t quite in my body.

Years of confusion followed before things turned around. I did play in all sorts of bands and write songs. I tried all kinds of genres. But I lost momentum very easily because of my insecurity. I felt discouraged by the lack of support and mentors, but I also didn’t have much self-discipline and had difficulty choosing a direction, sticking with it and keeping a steady course.

I left Sweden and moved to New York City to start over. There, I combined odd jobs at Manny’s Music, Electric Lady Studios and selling produce at farmer’s markets with freelance writing jobs, interviewing artists. As a writer, I’ve had some great conversations: I’ve talked on the phone with a very enthusiastic Robert Plant about Egyptian singers, and Neil Young described musical abandon and total creative freedom to me in person as he lit up incense in the hotel suite where we talked. But these singer-songwriter-musicians also reminded me of a tribe where I belonged. It was just that somehow, I didn’t believe it yet.

One moment of grace happened after an interview I did with Bad Religion in Manhattan. Their drummer Bobby Schayer learned that I was into soul music… the next day, he told me to meet him at Matt Umanov Guitars on Bleecker Street. He bought a black Telecaster guitar and told me I could be a steward for it until his touring brought him back to New York. Years later, he told me I could keep it. I still play it to this day.
Eventually, I met my soon-to-be husband Rich and moved to LA. Around that time, I’d managed to create more stability and change many things in my life for the better. I’ve gotten to enjoy a really happy marriage for the last ten years. I even played in a soul-rock trio in LA, did a lot of gigs and recorded an album… it was great schooling. Then one of the members left to pursue what he really wanted to do, and I made the mistake of letting that derail me. But my real turning point as an artist was about to come.

In the winter of 2016, my mom passed away. In the spring, I decided to attend a songwriting workshop in LA hosted by Louise Goffin. There, I met my present lyric-writing partner Paul Menser, who had flown into the workshop from Idaho. We started writing together, exchanging voice recordings and lyric ideas over email.

The summer changed everything. Rich and I were traveling to Chicago, when I got a surprise heart problem and ended up in the ER. I had never experienced heart problems before. The doctor needed to do a procedure, and the staff handed me a form to sign. By signing, I would accept to go ahead with the procedure, even if there was a very minor chance that I wouldn’t survive it. Rich had to wait outside. Luckily, it did go well and they decided to let me leave the hospital. But two days later, my blood pressure dropped and got so low that I ended up in the ER again.

After those two ER trips, life felt really fragile. When we came back to LA, I decided to stop the BS, become a solo artist and make an album, because I was worried that it might be the last thing I do. Mary Oliver, the late poet, once said that “the most regretful people on earth are those who felt the call to creative work… and gave to it neither power nor time.” I didn’t want my life to end like that. So I began writing songs with Paul for the album; found an arranger and co-producer, and released “Love Will Lead You Home” in 2017.

My heart has been pretty normal since then, and I released two singles in 2018. My recordings have received a good deal of roots and blues radio play, and a couple of very positive reviews by European blues critics. I formed an incredible live band after my 2017 record, and we’ve been performing in LA and SoCal at places like Hotel Cafe, The Mint and different Americana and blues venues. This year, I’m recording and releasing my third album. I’m incredibly happy and grateful for this part of my journey, and being a part of the Los Angeles roots music community means a lot to me.

We’d love to hear more about your business.
I’m a songwriter, singer and a guitar player who plays both rhythm and lead guitar. I’m in the Americana music genre, but what probably sets me apart is that I’m very influenced by soul music and rhythm & blues.
Sometimes being on a more narrow path can make you feel a bit lonely, or you start to second-guess if you’re doing the right thing. I used to worry about that in the past, but now I’m sticking to my vision and what I love. Audiences seem to be liking the songs a lot, whether I play with the band or alone. They often comment on the very real chemistry of my band. I’m very lucky to play with these guys.

Last fall, I received a private message on my Instagram from a great jazz guitarist and producer I used to know back in New York. I noticed that the message was a video instead of a written one. I played it, and there he was, standing outside somewhere in Beirut, Lebanon where he lives now. He said that he had to tell me this through a video rather than in writing. He had seen my posts about my albums and shows. And then he said ‘‘I’m so f….n’ proud of you. You never quit, you never gave up.’’

That is what I’m the most proud of too.

Is our city a good place to do what you do?
For music, it’s as competitive as it gets. A lot of industry is here, but also the sharpest musicians, singers and songwriters who’ve come here from not only the U.S., but the entire world. They made it in their countries, and so LA is their next stop. The audiences are used to having lots of entertainment options every day, and can act a bit detached at concerts. So I think you need to have a very realistic assessment of your abilities, figure out your strengths quickly, find out what makes you special and you’ve got to be willing to constantly learn and improve.

But my opinion is influenced by the roots music scenes, where you have to be the real deal on stage. Being a ProTool’d, Autotune’d and Photoshop’d creation just won’t cut it. Good visual presentation makes a much better impression, for sure, but you have to have the form filled in… you can’t just have the shell.

My musician friend in Beirut said something very important: when you are truly ready, not when you think you are, things will fall in the right place. And your only duty is to work hard for your vision and who you know you are, and never give up.

It’s hard to tour in California because of the great distances and lack of musician communities that would connect the north and south of the state… but there are people trying to create those networks now. Here in LA, there are some really nice artist communities for the Americana, blues, country and jam scenes (I don’t know how the pop, urban or metal scenes work.) There unfortunately aren’t many places to play that pay decently, but the artists try to support each other at least.

LA also has huge problems with high-cost housing, homelessness, poverty and traffic. I’m worried that people will be forced to make 2-3 hour commutes to work because they can’t afford the rents. That would worsen people’s quality of life and create hopelessness, so I hope we can find ways to stop the current trend.

But I want to end on a positive note: the diversity of people and nature in LA is beautiful. The access to the ocean, mountains, beaches, canyons, deserts and wide open skies is really inspiring. It’s a paradise for road trips. The huge selection of produce year-round, makes this a great town for vegans. But if you eat everything, you can find cuisines from Armenia to Vietnam and beyond… it’s very cool. 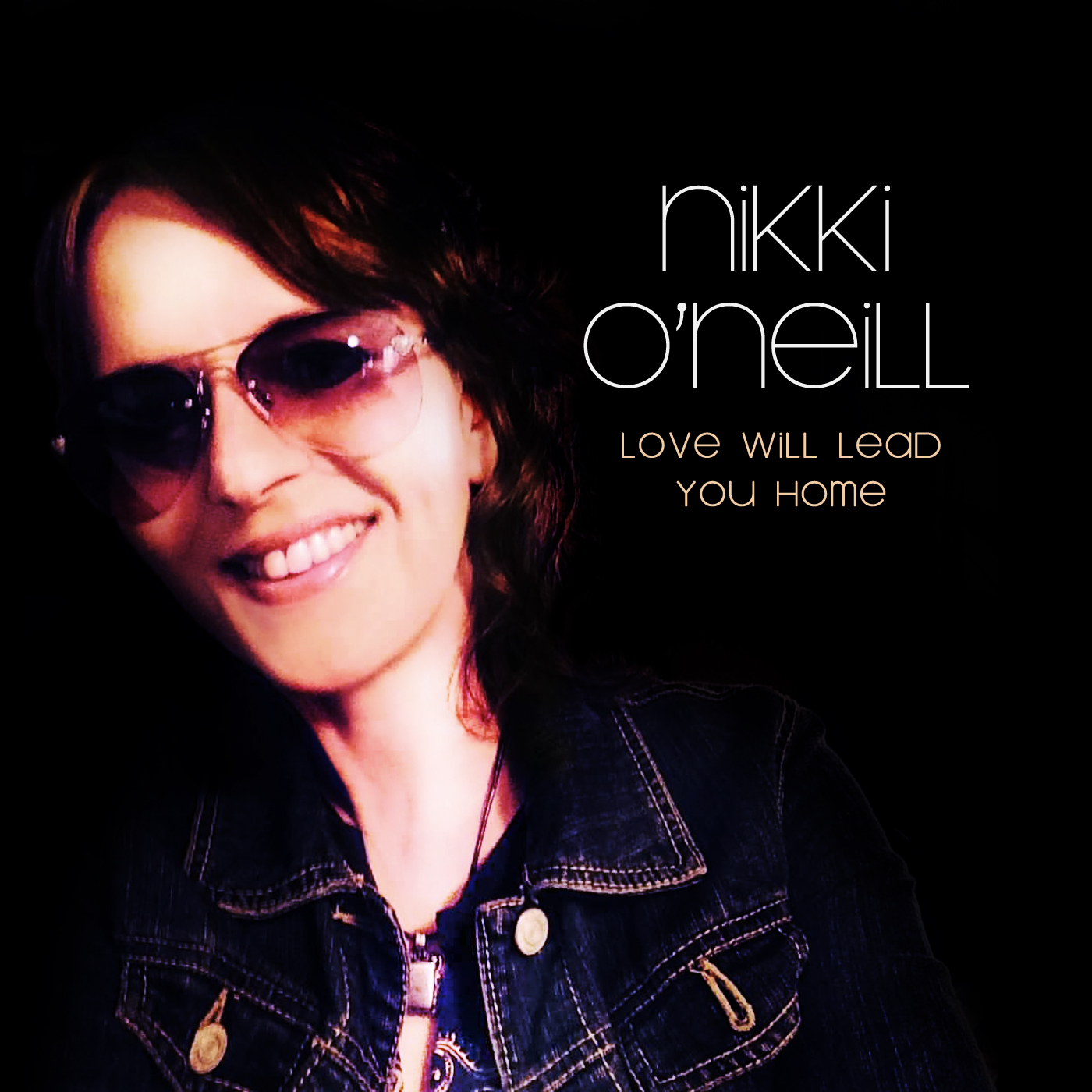 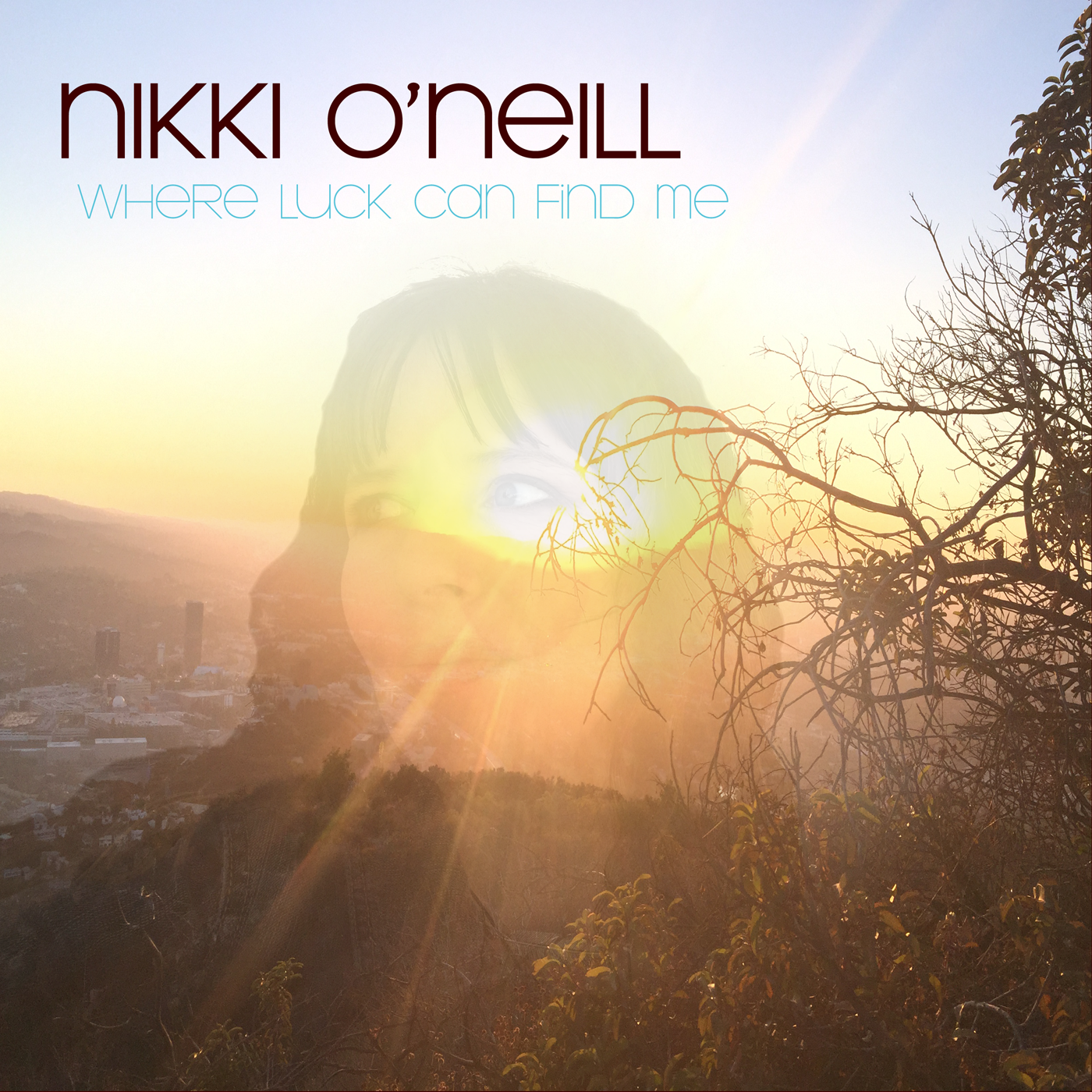 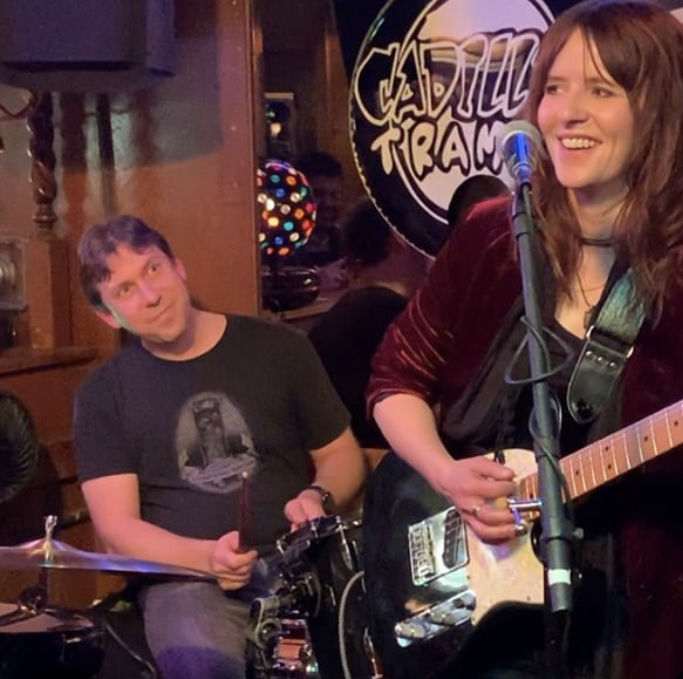 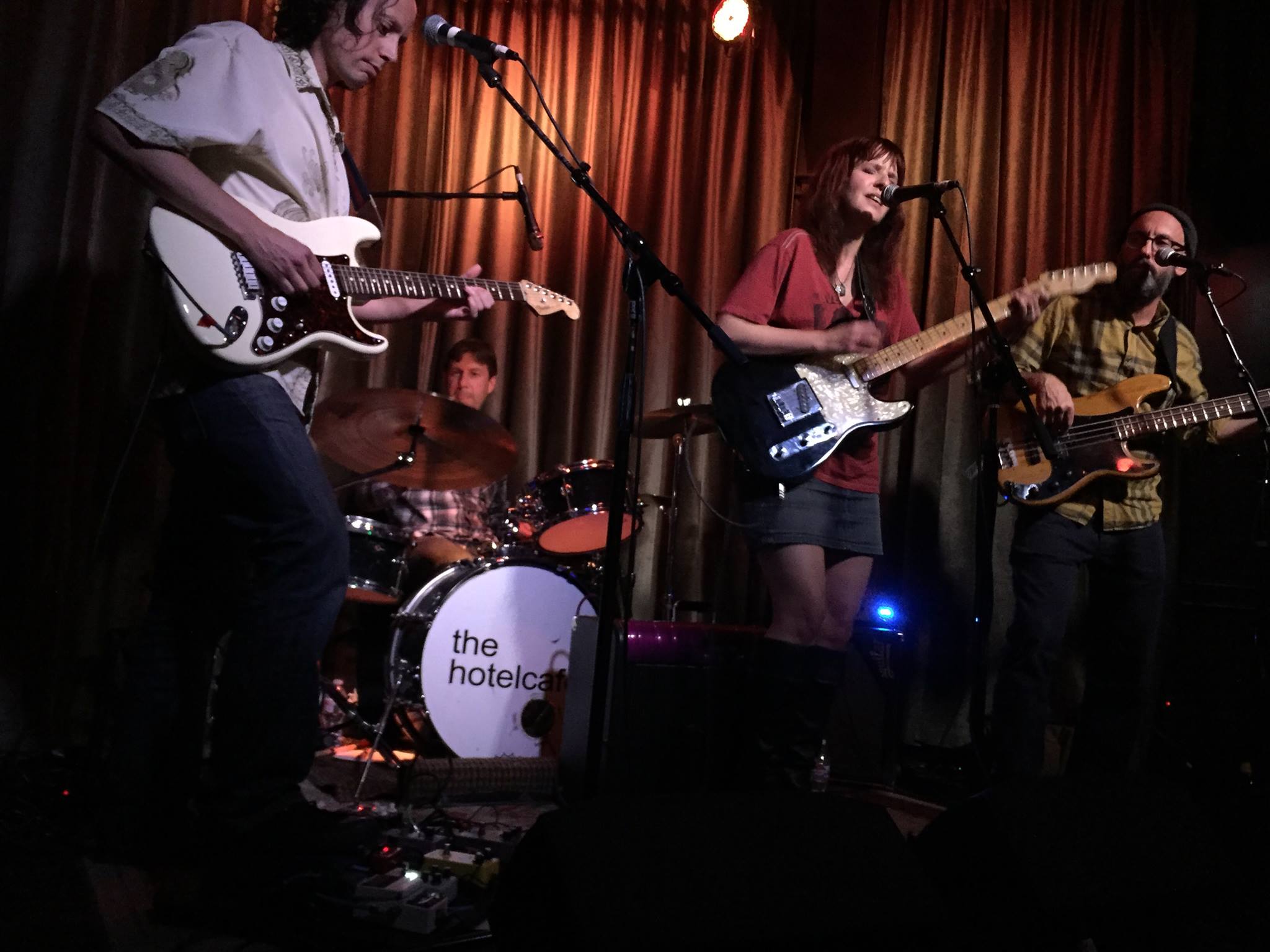 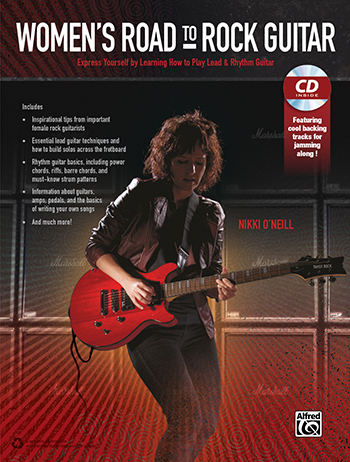