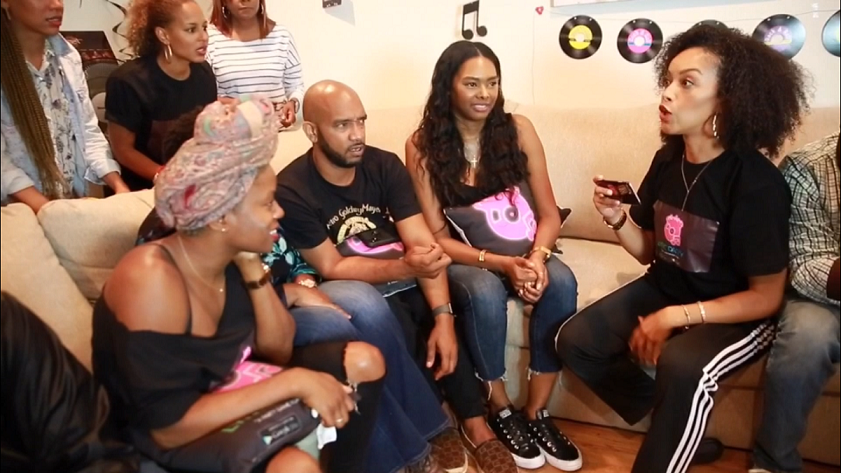 Today we’d like to introduce you to Nikiva Dionne.

Nikiva, can you briefly walk us through your story – how you started and how you got to where you are today.
I’m originally from Baltimore Maryland. I left Baltimore immediately following high school and moved to NYC where I received my B.A. in Fashion Marketing and Management and an A.A. in Merchandising. I did Showroom modeling in NY while attending college and also working in the wholesale fashion industry.

I then moved to L.A. and found success working as an area manager for a retail company, after fighting for a raise for several months, I got the raise and took a vacation. Only, I stayed in my apartment in North Hollywood and did my first fast ever. I bought a new notebook and Bible, and I pulled out this book someone had given me, but I’d never taken the time to read. The following Monday I returned to one of my stores, and within two hours of arriving, I resigned, and I’ve been a full-time actor ever since.

The book was The Alchemist, and it continues to this day to push me outside of my comfort zone. As if being a Full-Time actor wasn’t hard enough about 2.5 years ago I got the idea to create a party game. The first year, I told no one, I just started creating questions and praying I would get busy with acting and wouldn’t have the time to allocate to the crazy idea of creating a game. Then I read that freaking book again, lol.

I made a prototype and asked a friend who was hosting a game night for his birthday if I could bring this ‘lil game’ I’m working on and focus group the game at his party. The rest, as they say, is history, only it’s NOT! It’s present, it’s complicated, it’s challenging, it’s territory my Fashion Degrees didn’t necessarily prepare me for but it’s one of the most rewarding things I’ve ever done. I launched the party game app Lyric Party Game, A Party Game for Music Lovers on October 11th of 2018. I love music, I always have, I’ve always been the person who learned the song lyrics the first day she heard it.

I was the girlfriend who sent my ex-song lyrics, I am the aunt that texts my nieces song lyrics and they finish the song, and I’m also the girl that tested out of her computer PowerPoint class because she was so good at creating power points, lol. And wouldn’t you know that’s how I communicated my vision of Lyric Party Game to app developers? It took 2.5 years to bring Lyric Party Game to market, I wish I could say it was a seamless process, it was NOT. I cried more during this process than ever before, lol. If you’ve ever done something that you knew God was telling you, you had to do, but it tested every part of your obedience than you understand.

Mind you, this is in addition to my already insane life as an Actor. I don’t claim, ‘struggling actor’ but I’m far from a household name lol. The commitment to seeing this game through to market came because I imagined families creating memories that would last a lifetime. Each time I returned to Baltimore I made sure my family and friends got together, and we played improv games that I taught them or Family Feud or Heads Up just anything that would keep us laughing when we soon found ourselves yet again 3,000 miles apart.

Pursuing your purpose will often require you to sacrifice the time you’d like to have with the ones you love the most, but if you are intentional about creating memories with the time you have, you will feel as though no time has passed at all. I pray Lyric Party Game app bridges that gap for families and friends. It’s over 14 genres and 1600 lyric related questions, it’s fun for all ages, and it stops time for just a moment and allows you to laugh, reminisce over songs lyrics, and compete!

Great, so let’s dig a little deeper into the story – has it been an easy path overall and if not, what were the challenges you’ve had to overcome?
I eluded to this in the last question but what is a smooth road? Lol! In short, My first app developer disappeared. He was in India, and my liaison just lost contact with him as he was developing my app. The second developer was another referral from a friend and let’s just say I haven’t spoken to either of them in several months. I was back to square one. Only, I still had the PowerPoint that explained my game perfectly, unwavering Faith and now something to prove.

I had shared the game, I had done focus groups, I asked everyone for help, and  people were kinda looking at me like, ‘Ohh ok, it’s a great idea, but do you know how to do this?’ lol! Very valid questions because I had no idea what I was doing, but I also had no idea how to get started in the entertainment industry, and by God’s grace I was still doing that, lol.

But I wanted to stop, so many times, I cried, prayed and googled my heart out, lol. It had been done before, so surely I could do it. God gave me this idea, I can’t just squander it, and besides, I had that rogue developer in India somewhere. I was NOT gonna let him release my game on the market, lol! It was hard, but I had to keep going. I asked someone I barely knew but somehow trusted if he had a developer and he did and that was/is my guy! Jabari Garrett of The JCTS Group and I birthed Lyric Party Game within months.

Lyric Party Game – what should we know? What do you guys do best? What sets you apart from the competition?
My Company is Platform4APurpose. Nothing I do is about me, it’s about impact. There was a time I was watching TV in Baltimore wondering HOW do you get on TV? It was an insane concept; it was so foreign that although I did theatre as a child and in high school, the idea of going to college for it never crossed my mind. I realize I have to speak about Purpose because often we only hear about Jobs or Careers but if we talk about PURPOSE we will birth tons of happy, successful and strong individuals.

Purpose isn’t easy but that doesn’t mean it isn’t possible. People are sending us videos of them playing Lyric Party Game at work, with their in-laws, with their church groups, at Friendsgiving, with their families and I’m moved to tears. Everything I produce under my company Platform4APurpose is about being intentional without being preachy or teachy. I’m watching people enjoy their families and create memories and In my heart I know, that was God’s design through me with this project. Lyric Party Game will continue to evolve, we have additional genres in the works and some other exciting plans for this party game.

I’m humbled that I get to be in some way apart of other people lives, people I may never meet, will see me on their favorite TV shows and fall in love or despise the characters I play, others will play Lyric Party Game with their families, they may see my IG or this very interview and hopefully receive encouragement from a lady from Baltimore who kept trusting God, who never makes it look like it’s always roses but never spends time focusing on the thorns. This purpose is a constant act of obedience and sacrifice, and those are the muscles I show with pride!

What moment in your career do you look back most fondly on?
I’m conscious of how fleeting moments are in entertainment, so I make a concerted effort to stay present. I don’t have a proudest moment I have memories of moments when I said YES to God’s call and those moments opened up several other experiences that make me proud everyday. I haven’t stopped saying yes to crazy, outlandish expectations since I walked away from my career eight years ago.

Actually, that would have to be my singular most proudest moment because if I hadn’t done that, I wouldn’t have appeared on several TV shows and had the audacity to yet again enter another market that I had no experience in. I’m an Actress and a Party Game Creator and my degrees are in Fashion, lol. God, I love that! 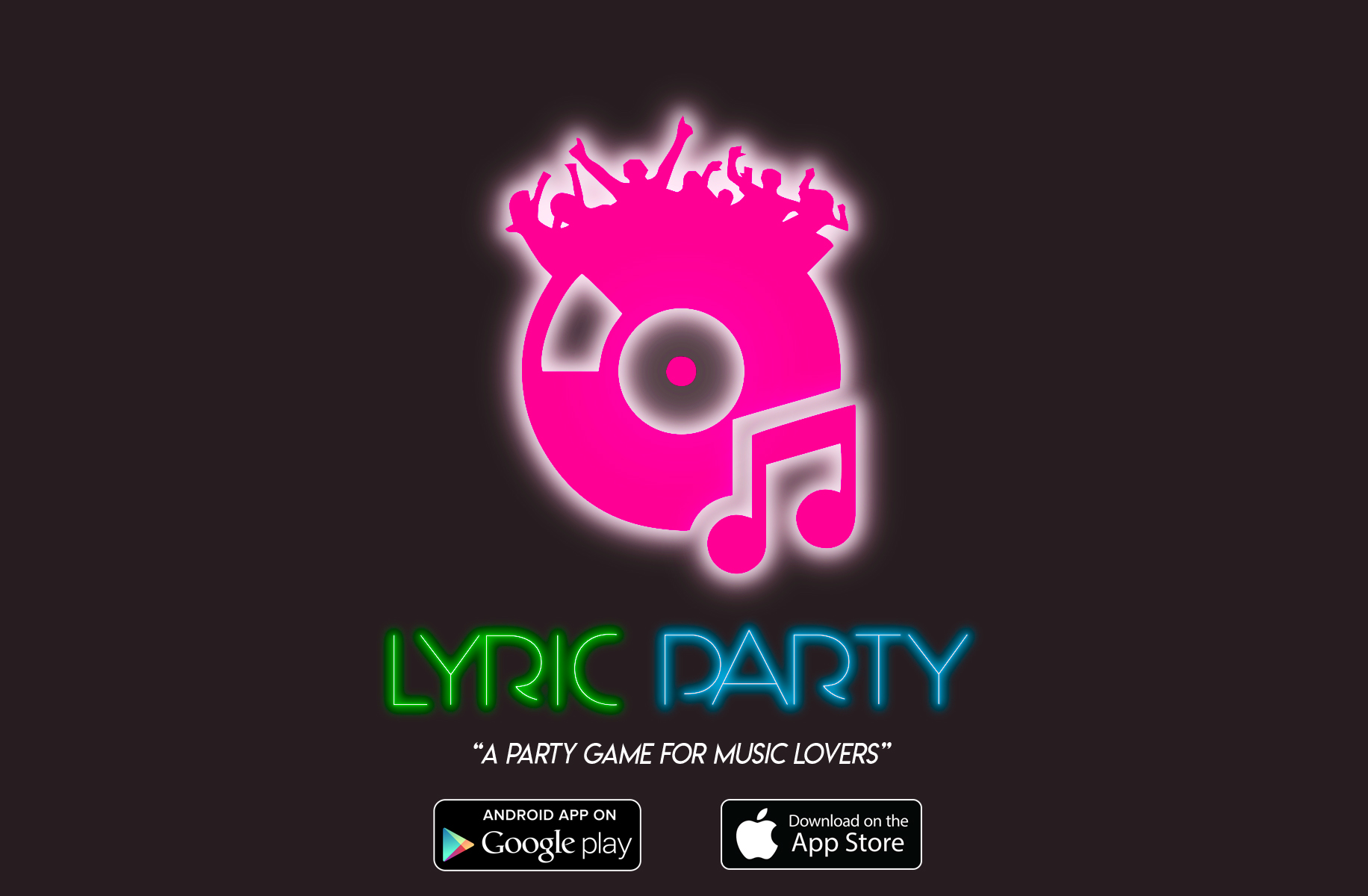 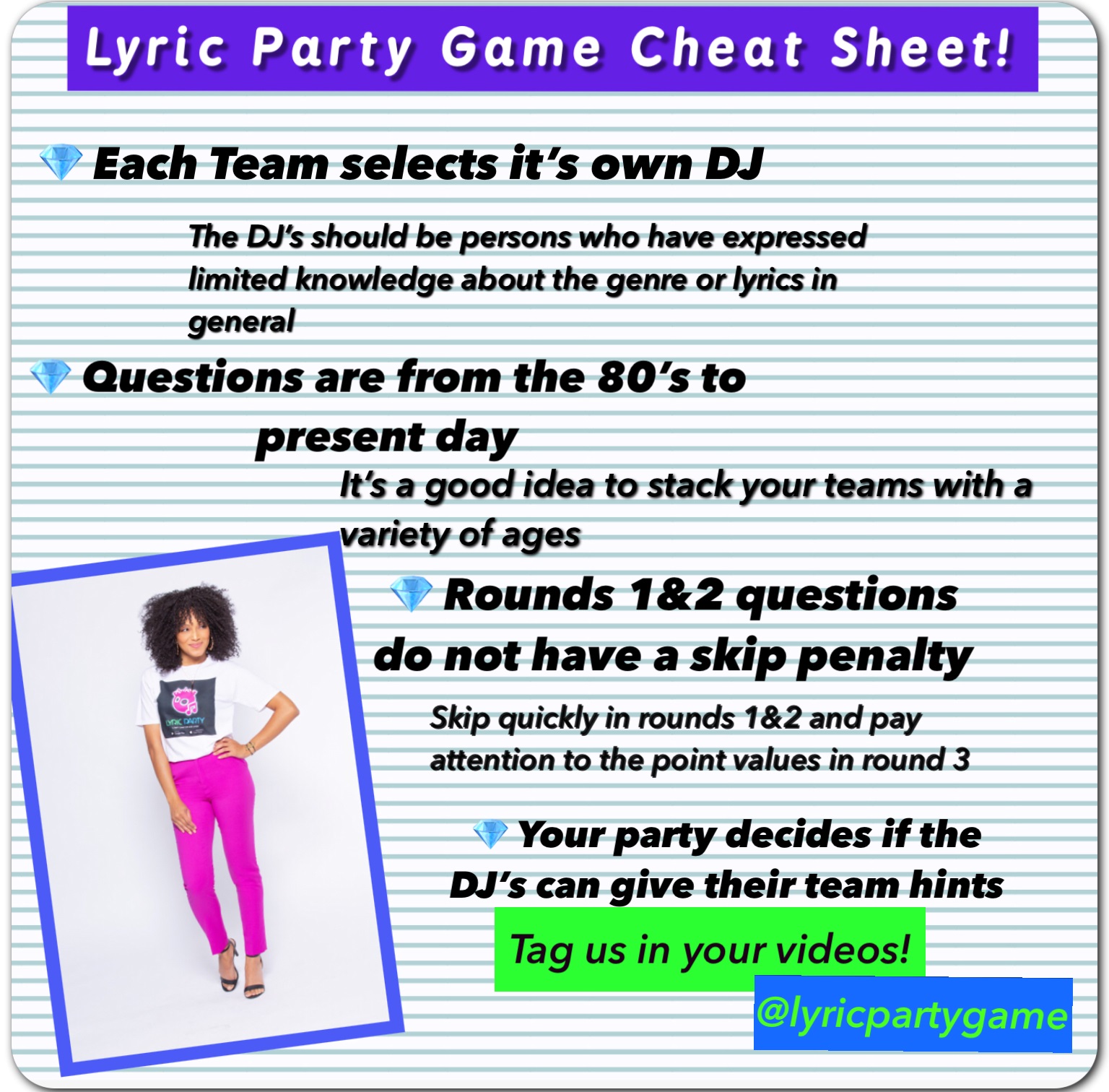