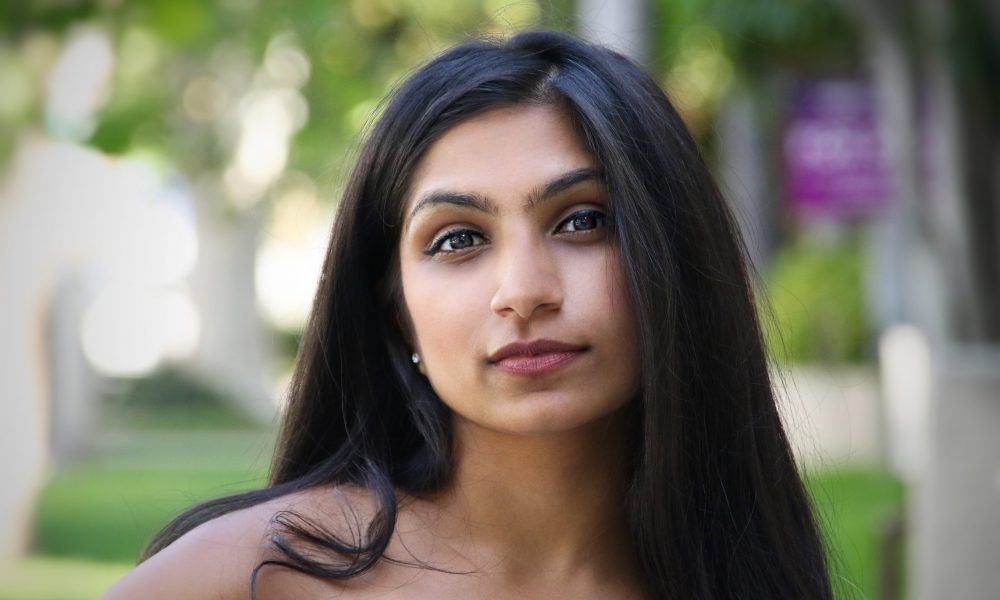 Today we’d like to introduce you to Nikita Chaudhry.

Nikita, please share your story with us. How did you get to where you are today?
I was born in Baltimore, MD to an extremely eccentric and unconventional Indian-British-American family. I’m the youngest of three, and all of us are first-generation Americans. As with most immigrant families, there was a learning curve in constantly toeing a line of “assimilating” and blending in versus standing up, making noise, and being bold and rooted in one’s culture. I was always a creative, constantly dancing, singing, and creating improv play scenarios for my friends and family to participate in. My parents had a joke that every day I would decide that I wanted to be a different profession because I wanted to be able to live through and tell all the stories I could. Theater brought me out of my shell, and a large part of that was because of the community created amongst artists in my schools. I was grateful to have theater, dance, and vocal teachers that believed in me, and convinced my parents to allow me to study the arts professionally.

I then proceeded to become president of basically every organization by my senior year of high school, a pattern of which continued in college. I loved taking on leadership roles, fostering community, and using my voice and skill set to take action, specifically on social justice issues I cared most about. I facilitated what we called “difficult conversation series” in high school, which mostly centered around identity politics, current events, and post-show talkbacks. I fundraised for various non-profit organizations, which then led to my activism during college and post-grad. Having worked with multiple non-profits in various administrative capacities, I eventually found myself working with the Women’s March national team, on what we named “Social Justice City,” an exhibition hall of partners at the Women’s Convention in Detroit. I continue to do contractual work on strategizing, partnerships, and event coordinating with like-minded social justice organizations.

What excited me about the arts was the ability to inspire and change folks by reaching them on deep levels. I knew theatre could be both cathartic and educational for the public and was excited by the opportunity to create more space for the voices of marginalized communities. I’m finding that film and television has even more accessibility to reach a larger demographic of folks. I went to NYU Tisch School of the Arts for Acting, minored in Performance Studies, and completed a full honors thesis on the representation of South Asian American Women in theater in the US. This informed a lot of my understanding of the world I was about to head into as a professional artist but also allowed for me to better organize. I believe we must know our histories in order to build and move forward for social change, even if that work requires self-education as it does for most folks of color, and queer folks, whose histories have been institutionally erased or dismissed. This work helped me co-found the first-ever TAMASHA, a South Asian Performing Arts festival in NYC.

Continuing to audition and create post-grad, I accidentally discovered kickboxing and boxing to pull me out of a rut I was in. Growing up a dancer, anytime I engaged in movement, it was rhythmic, and I knew that fitness would be a natural “day job” for me. When I first heard about and took THE CUT™ at Equinox, it was the most empowering form of working out, outside of my dance life, that I ever felt. I learned to train my 5-foot body of energy to be disciplined and controlled while moving with speed, agility, and strength. Upon training to teach at Equinox, I was put through the wringer. I had to audition multiple times, and train with a medal-winning pro boxer, which eventually led to teaching sold-out and packed classes in NYC, and now in LA. I’ve since taken on other fitness formats and enjoy making the gym an open, accepting, and non-judgemental space. Working out can be intimidating for so many people, and health maintenance is often not introduced to lower-income communities especially, so I privately train on a sliding scale in order to help make fitness more accessible. I particularly enjoy training women, people of color, and LGBTQ folk, as I find the fitness industry is often exclusionary to them.

And here I am today, a recent NYC transplant to LA, learning that my life will continue to be a journey, a process. I’m auditioning and collaborating with folks while continuing to teach. I’ve found that the older I get, everything I do blends into the other. I’m happy to continue to work with organizations and fellow artists fighting for smarter diversity and inclusion in the industry, while also working as an actor. I’ve stopped putting myself down for not being able to pick “one passion” to focus on. I can be more than one thing. I can still be figuring it out AND have an interview published in VoyageLA, for example. ☺

We’re always bombarded by how great it is to pursue your passion, etc – but we’ve spoken with enough people to know that it’s not always easy. Overall, would you say things have been easy for you?
NOPE. Ha! Let me start by saying, while I’ve experienced struggle along the way, and I know I will continue to, I do have the privilege of the incredible support system of a family I’ve been born into. I recognize not everybody has this amidst their struggle, so I’m grateful every day. No, my doctor parents did not want me to be an actor. But they have grown and learned with me, as they did with my older siblings. They have been open to learning more ALWAYS, be it about the industry or socio-cultural politics. They have done their best to come to every show or seen everything I’ve been in, even if it’s at their own personal cost. They have demonstrated the immigrant sacrifice in so many ways, and I’m constantly hoping and working to make them proud.

In the entertainment business, fitness industry, and my personal life, I have been judged and underestimated by my gender, my race, and my size regularly. I find that I’m often not taken as seriously with my questions or requests, be it in the workplace or even socially. One of the hardest struggles for me across the board has been negotiating contracts and asking for raises or any form of compensation. Since I do everything because I love it and “not for the money,” I often feel guilty asking for what I deserve. This is BS and is conditioned in all of us (womxn particularly), so I’m learning that it is possible to be grateful and still want more. I’m still discovering the power in saying, “No,” which has always been hard for me professionally and personally, and has gotten me into very unmanageable, uncomfortable, and unsafe situations.

This also goes for turning down offensive or insensitive roles or scripts, even when it feels like there are “only so many roles for me,” and even when I really need the job. The depths of representation are changing and becoming more vast, and I know that the more I stand up for myself, the more I’m also able to create space for other underrepresented voices. I’m hoping that by walking through the fire, future generations will not have to experience the same types of discrimination, assault, or inequity. Also, in the spirit of mental health awareness month, I want to say that struggling with mental health issues myself, as well as supporting those around me going through their own, has taught me so much about what fighting really means. One’s battle with themself is one of the hardest to overcome, and I’m a big proponent of advocating for more transparency of and resources toward mental health and care, especially in LA.

I’ve learned to do so much self-work, as so many womxn of color must do out of necessity, to un-learn conditioning and to remind myself to relax and that, as Shonda Rhimes says, “you belong in any room you walk into.”

Has luck played a meaningful role in your life and business?
As that famous quotation says, “luck is what happens when preparation meets opportunity.” I do believe in luck, but I like to think that most, if not everything in my life, has happened because of hard work more than luck.

What’s your favorite memory from childhood?
There used to be this computer game called “Zoombinis” that my siblings and I loved. You could create little zoombini creatures to look like you/whatever you wanted. As the youngest sibling, I looked up to (and still do) my older siblings V and Kavita dearly. One time Kavita and V created a Zoombini who looked exactly like V, and then Kavita had V hide in a closet. I came upstairs wanting to play with them, where I found Kavita, who was pretending to be distressed because V was gone and had turned into a Zoombini. When she told me and showed the little blue creature resembling my sibling exactly, I broke down into tears wailing. My best friend had turned into a zoombini. V was stuck in a computer and there was nothing I could do about it. I yelled at the computer, calling for V…After waiting way too long enjoying my misery and holding in their laughs, Kavita had V pop out of the closet…Honestly, I just remember being so relieved that my sibling was still human, I don’t think I was ever even mad at them for pranking me. 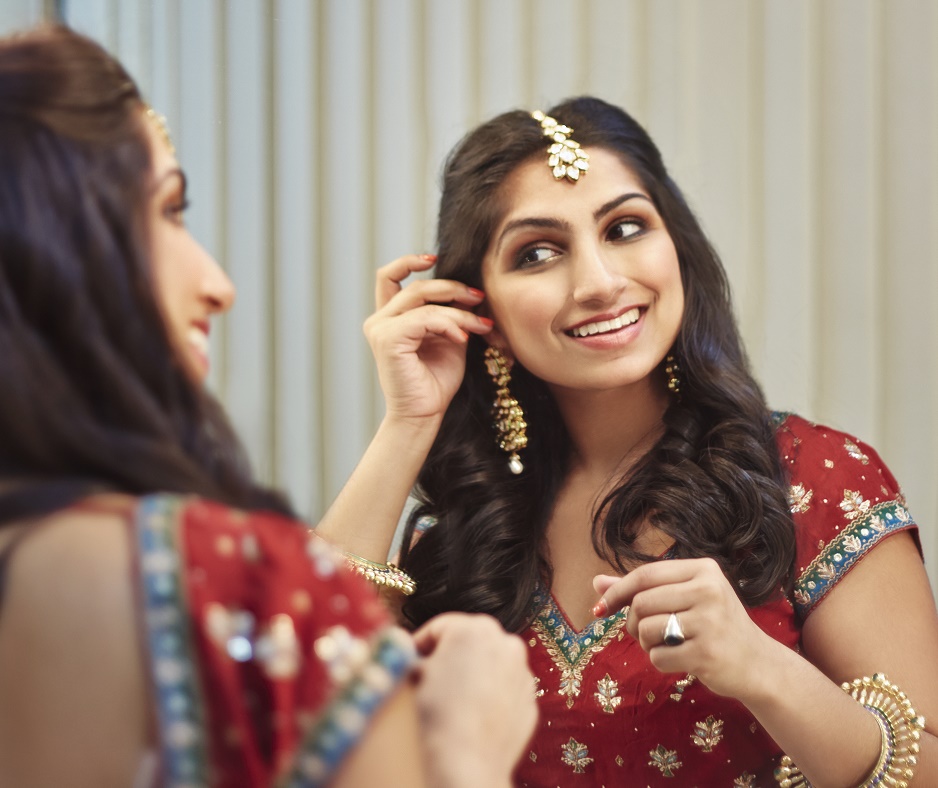 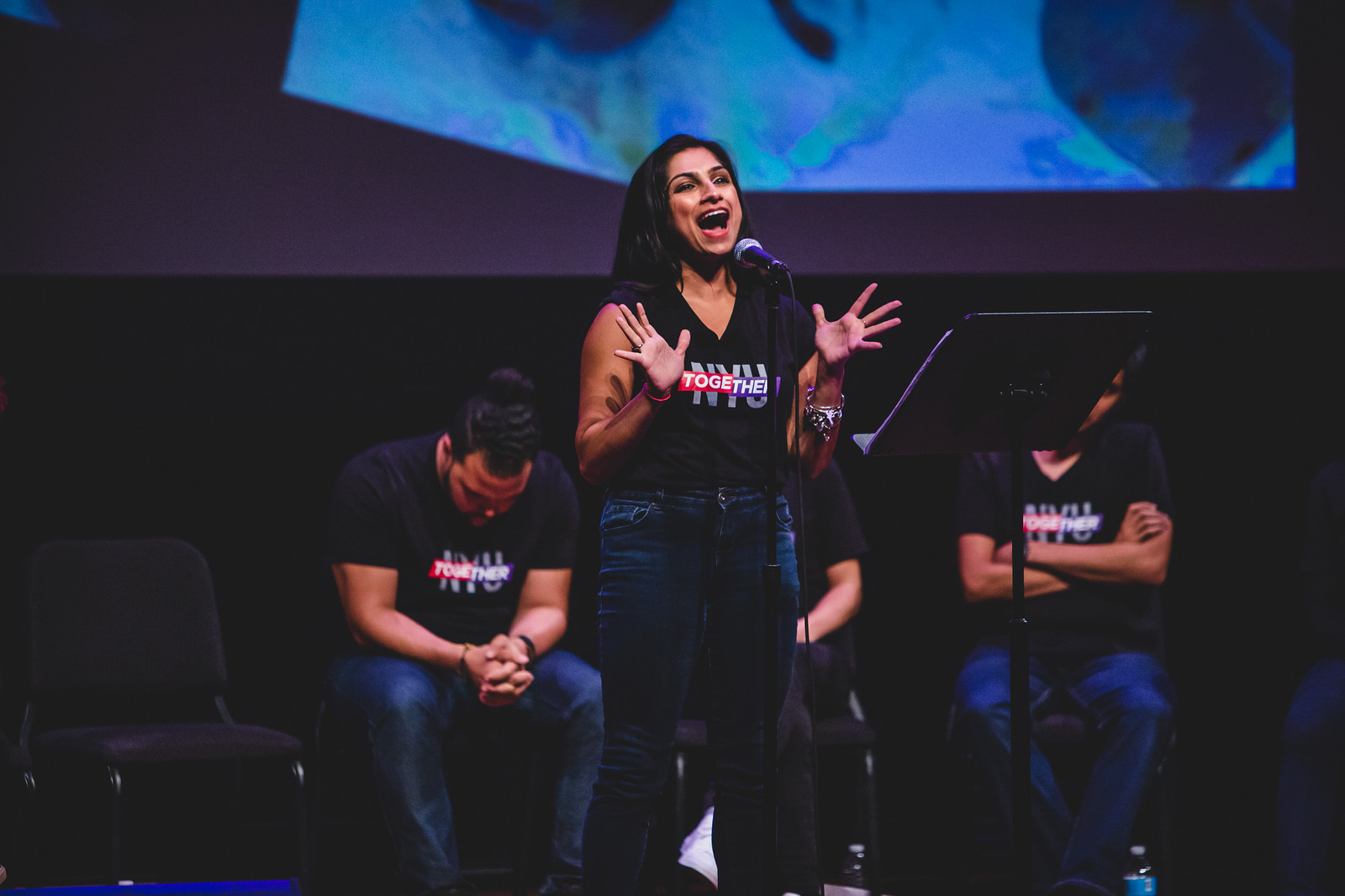 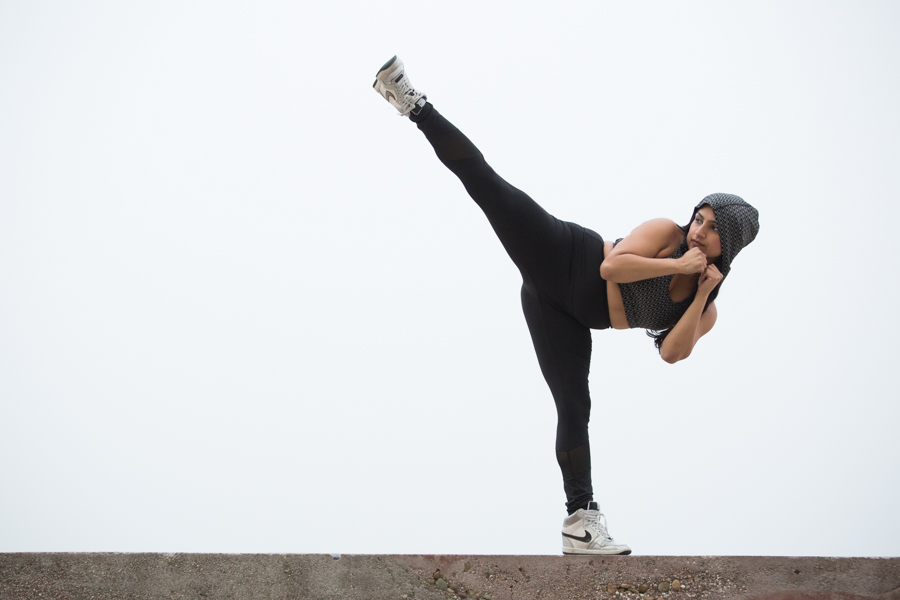 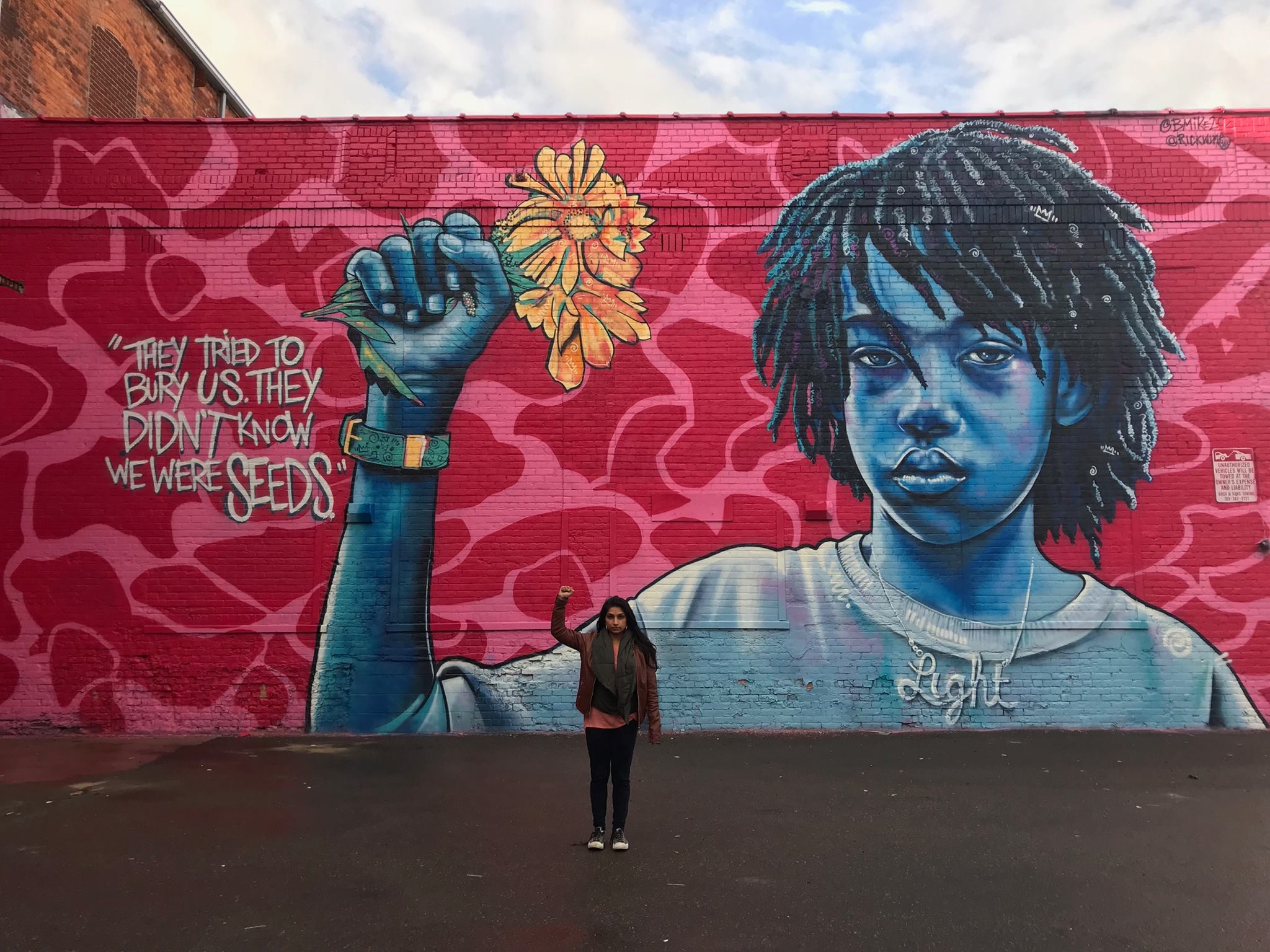 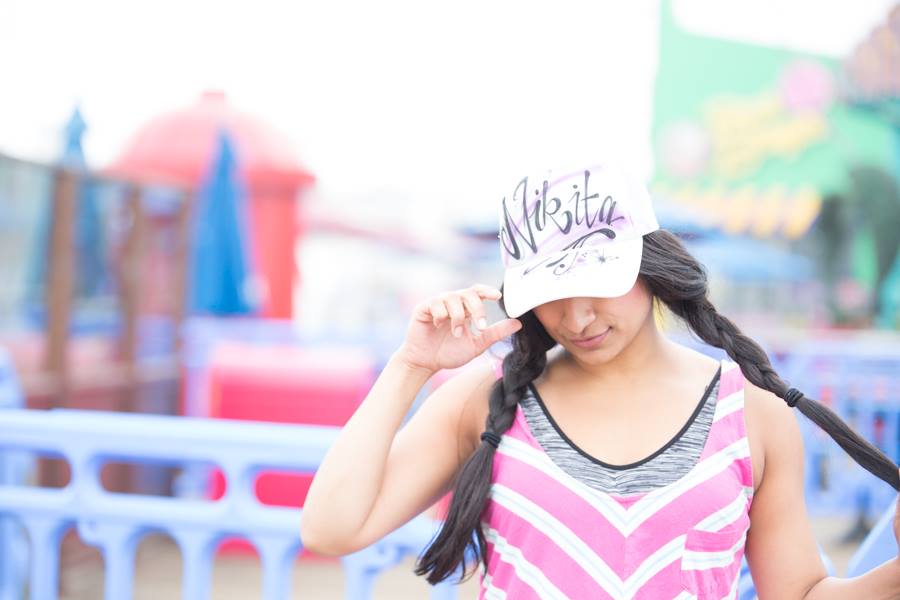 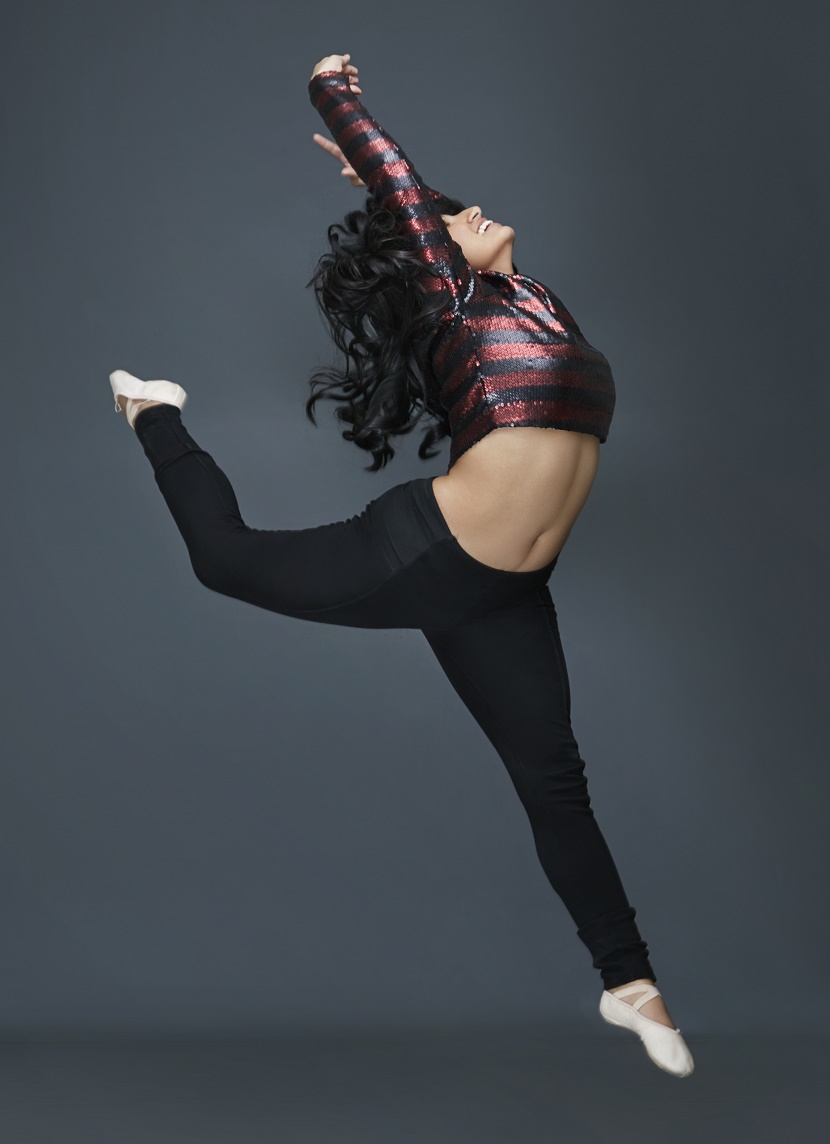