Meet Nik Shaw of RE: Anime in Just LA 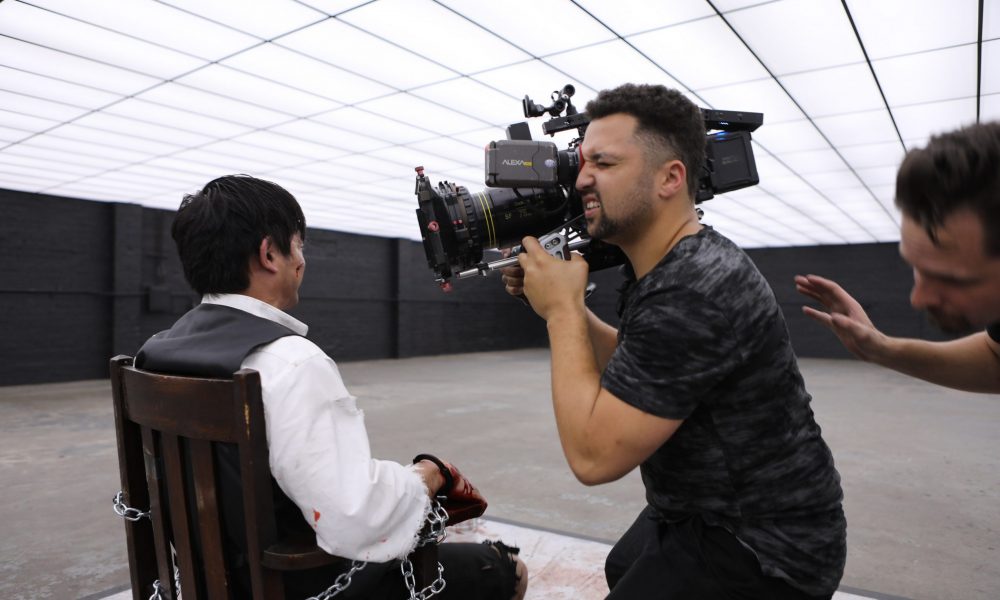 Today we’d like to introduce you to Nik Shaw.

So, before we jump into specific questions about the business, why don’t you give us some details about you and your story.
I grew up in Los Angeles, and my whole family works in the film business. It was kind of natural for me to be on set or in casting rooms. So If I had to start from the very beginning, it was 6th grade, and my crush Tabi told me she thought skaters were cute. So Naturally, I started skating and made a bunch of skater friends. I realized I wasn’t good at skateboarding, but I wanted to keep my friends… well all skaters need a filmer!

I started filming the skaters and editing videos, and before I knew it, I was addicted. I watched every YouTube video on how to be a filmmaker and watched film riot tutorials. I took a class at the Art Institute for Cinematography when I graduated from high school and there I met Mark Moore. He is a working gaffer in the industry. So I pretended that I knew way more than I did when I was in his class and used my film riot knowledge to make him believe me.

He decided that I was good enough to be brought on set and that jump-started my career in the film business. So, now that you know how I got started in the film business, I will talk about anime. Anime has literally saved my life and I know that’s a little dramatic but I really don’t know where I would be without anime. Ever since I saw Dragon Ball Z on Toonami, I fell in love with the art form. I would buy all the Japanese DVD’s and read Shonen Jump.

I even converted my PlayStation and GameCube so they could take Japanese games. It wasn’t really until I was 17 that I really started to appreciate anime. I would watch the mainstream shows, but one day I watched Death Note and realized there’s a whole other world of anime out there that isn’t Naruto, Bleach, Yugioh, or Dragon Ball Z. I stopped watching movies and tv shows and began my journey with anime.

I’ve probably watched over 200 anime shows and 100 anime movies. Anime helped me through breakups, stressful days, and it gave me something to inspire to be. Most animes have characters with strong morals, and I try to embody these morals in my everyday life. So how did Re: Anime come to life? Hollywood has gained a bad reputation when it comes to recreating anime shows into live action. I remember Dragon Ball Evolution opening night I was in the theatre with my best friend, Michael Dannon.

We were the only two people in the theatre… and for a good reason. They whitewashed the film, didn’t follow the story, and didn’t even pay attention to the characters or original creators vision. The Last Airbender was the same as well as Death Note, Ghost in the Shell, the list goes on.

Hollywood was ruining my childhood and when Netflix announced their Death Note film I was so excited because Death Note is very much story based instead of gigantic battles and superpower based. It’s a very contained and realistic anime. I was in Las Vegas partying with some friends when the film was released. I watched it while I was drunk and it sobered me up instantly.

I watched the whole film seething and then I wrote my own script out of spite. Little did I know that I would be filming that script in three weeks back in LA. I thought of the name RE: Anime because it was like my response to the horrible live action anime that Hollywood had produced. It was time to strike back in the only way I knew how filmmaking.

The Death Note film garnered over 190K views in a short span of time, and I knew I had something there. Fans want this; they want someone to create amazing anime films that stay true to the story. I am one of those fans, so I thought of the slogan “Made by Fans, For the Fans” which is the whole point of my company. Directors and producers who are known for their names and reputations are hired to recreate anime into live action, but they are not knowledgeable about anime and the anime community.

It’s time to let the fans take control to give the other fans what they want! So fast forward nine months later, I released my next film “Naruto: Kakashi VS. Obito”. This fight scene meant a lot to me, and I honestly was hoping for 200,000 views. Overnight it got 1M views, and in less than a week we hit 3.8M views. We gained 75K+ subscribers, and it really kicked off RE: Anime.

Now we are making three more films and releasing them by January. We are going to show Hollywood that we have the talent, skills, and respect for anime that is needed to make these films come to life!

We’re always bombarded by how great it is to pursue your passion, etc – but we’ve spoken with enough people to know that it’s not always easy. Overall, would you say things have been easy for you?
It has definitely not been a smooth road. Filmmaking is a very expensive career/hobby. The first film cost me about $7K and then $14K for Naruto and then $20K for Tokyo Ghoul.

Even with most of the crew working for free and I own all the camera equipment it’s still extremely hard to make all of this happen. I have amazing people that have believed in the company. Scott Carper donated a lot of money, Sanford Worth has made the impossible possible, I am definitely not here because of my skills alone.

I have an amazing crew and Mikey Murphy, who directed Naruto and Tokyo Ghoul, has put in his own money as well. Being a 23-year old, I don’t have much funds saved at all, so I’ve taken on loans, borrowed money from friends, and have dumped every penny I make into this company.

I think money is the biggest issue; we have everything else, an amazing team of people to rely on so I can’t really complain. The money will come once the big studios see our work!

So, as you know, we’re impressed with RE: Anime – tell our readers more, for example, what you’re most proud of as a company and what sets you apart from others.
RE: Anime is extremely special because we specialize in creating anime into live action films. Our goal is to only cast Asian (unless the character is specifically not Asian), stay true to the creator’s vision, and embody the characters and bring them to life the way the anime has.

We are different than most companies because at the end of the day I personally do not care about making a profit. I want anime fans to be happy, that is all. I could do this forever and not make a dime. I want to spread anime to people who have never even heard of it. There are so many beautiful stories that come out of Japan, and I really believe the world needs to experience them.

So, what’s next? Any big plans?
Our plans for the future is to create as many live-action short films as we can and gain a bigger following on youtube. Our ultimate goal is to pitch our services as a production company to Hulu, Netflix, Amazon, Lionsgate, Paramount, ETC. I believe RE: Anime will be what Stan Lee is to the Marvel Universe. 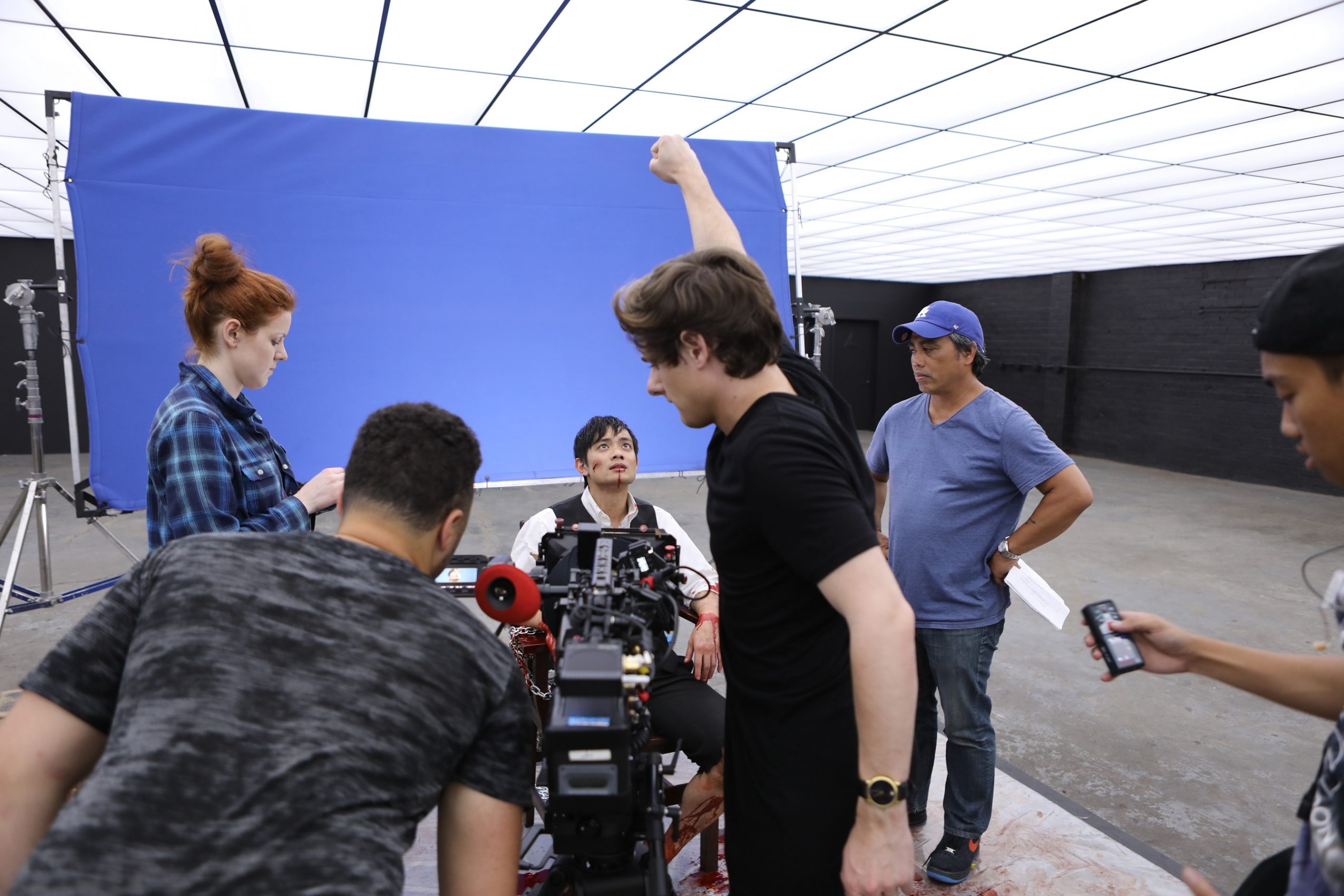 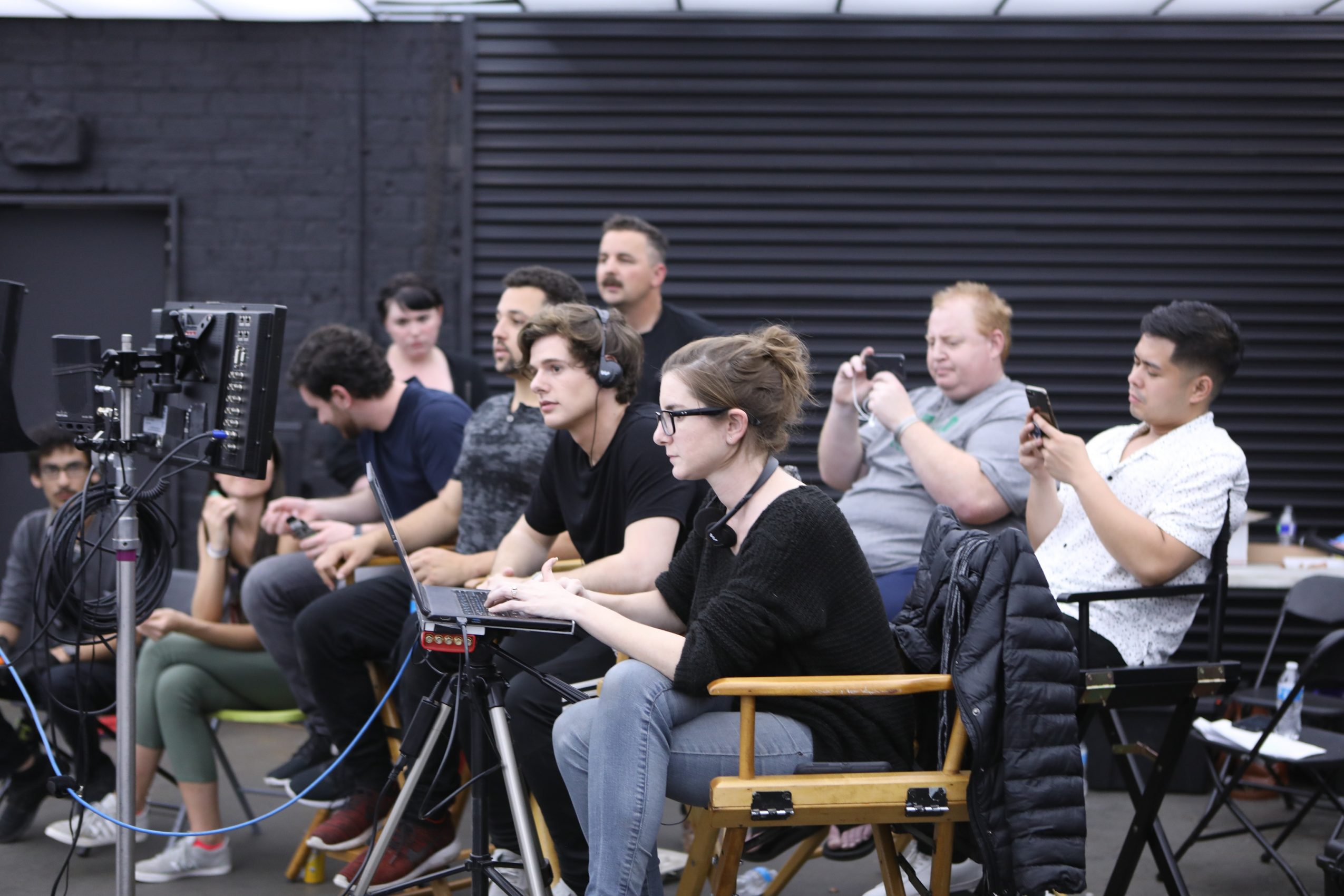