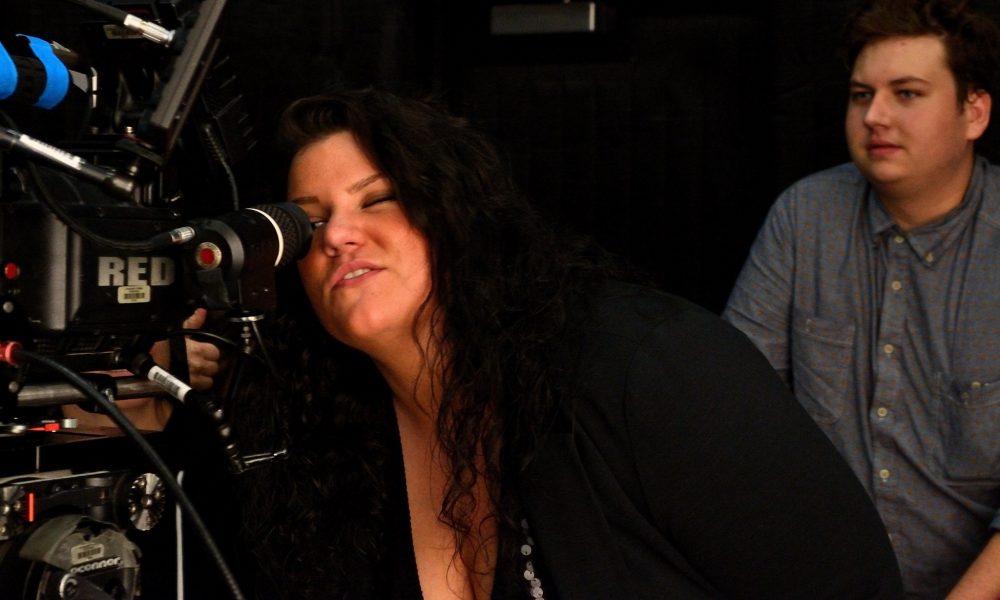 Today we’d like to introduce you to Nicole Holmes.

So, before we jump into specific questions, why don’t you give us some details about you and your story.
My journey began in Kindergarten, it was my first stage production and I would play a flower in the Wizard of OZ. The best part? All I had to do was sit there and look cute. I wish that technique still worked for me today! I grew up in the little town of Cumberland, RI. For as long as I can remember, I have always been involved in local theater companies such as Encore Repertory, Rise on Broadway and Rhode Island Stage Ensemble to name a few. It didn’t matter if I was on stage performing or backstage helping run the shows, you couldn’t get me out of the theater. From there, I went on to direct my very first Musical, “Grease”, for my high school which was a huge success and we sold out all of our shows. I would eventually go to the community college of Rhode Island where I would not only perform but also work on the run crews for their theater productions while working towards my associate degree in theater/performing arts.

Okay, I know what you’re thinking. This is all well and good but how did you transition into film? Well, just stay with me for a minute. I promise I’m getting to that. Lucky for me, a television show came into my hometown called “Brotherhood”. I was fortunate enough to get an audition and got a small part where I handed Jason Clarke a taco. I know it’s lame, but at the time I thought to myself “this is my big break!” Well obviously, it wasn’t and I realized afterwards that if I wanted to do this for real and make this my career, I needed to make the move to LA. So, that’s exactly what I did. It took some time, but I eventually got here. It’s funny, even when I was just a little flower, I knew in my heart that I would end up here someday. I always told my mom “I’m moving to LA to be a famous actress!” I’m still missing the fame part but hey, I’m working on it.

After making the move to LA, I graduated student body president and obtained a Bachelor’s Degree in producing for Film and TV from Columbia College Hollywood. During my college career, I had the good fortune of working with like-minded and talented individuals, some of which I still work with to this day. My senior year of college, I wrote, directed and produced a short film called Chunky Tuna, a semi-biographical coming of age comedy which placed as a finalist in the Audience Awards She Directed Contest as well as a finalist in the Los Angeles Olympus Film Festival. The film was featured in the Providence Journal and on WEMF Radio. Chunky Tuna has been rated a “Top Film” on The Digital Ticket and landed streaming distribution on IndieFlix.

After school, I produced a short film called Coyote where I would meet my mentor Atkin Korkis, an extremely talented production manager who took me under his wing and gave me my first feature film opportunity as a production coordinator. Fast forward to now, and I get to travel for work as a production coordinator on feature films. I have been working with production companies such as Autonomy Productions, Big Fish Entertainment and Formula Features helping to creating content for networks and shows such as HBO’s WestWorld, A&E’s America’s Top Dog, Lifetime’s Who Stole My Daughter and He’s Out To Get You and most recently Walt Disney Television and CBS’s season two of Holey Moley. As an actor, I have performed on multiple stages and film sets, running the gamut from theater, short film, commercial, feature film and television. I landed my second television show on Oxygen Channel’s Killer Siblings and a small role in my first feature film called Arranged Marriage. As a Plus size model, I have worked commercial, print and fit for brands such as Dia&Co., ThirdLove, Vibe Apparel and JustFab. My journey has been a bit of an unconventional one as I work both in front of and behind the camera, but I wouldn’t change it for the world. I look forward to seeing what the future brings knowing that this is only the beginning of my journey.

Great, so let’s dig a little deeper into the story – has it been an easy path overall and if not, what were the challenges you’ve had to overcome?
The cool thing about this industry is that there is no one correct linear way to get into it. Everyone has their own unique personalized story as to how they got their “foot in the door” and that’s what makes it difficult to break into this business. I don’t think one person in this industry will tell you it was a smooth road. It takes a lot of confidence, determination and hard work. There is a lot of trial and error not to mention countless hours of networking and planning your next move. I worked a lot of free hours when I first started out. I just wanted to get on set and when you’re green that meant volunteering your time. You ask anyone in the film industry they will tell you they have paid their so-called “dues”. So, was it a smooth road to get to where I am today? The answer is no; however, it has been a rewarding journey and I wouldn’t have it any other way. I full-heartedly believe anything worth fighting for isn’t easy. A career in film is no different.

We’d love to hear more about your work and what you are currently focused on. What else should we know?
Currently, I am on a plane as I am writing this on my way from Los Angeles to Oklahoma City to production coordinate a feature film. The fact that I get to travel for work is honestly a dream come true. I also work as an actress and plus-size model and I am currently signed and represented by Peak Models and Talent. A short film I wrote called “A Bad Thing” is being filmed in LA by the Glass House Visuals team in the next upcoming weeks. I am acting, writing, producing comedic content with sketch comedy group Second String Comedy. Finally, I am in the process of writing a book which is a collection of essays about embarrassing moments that have happened in my life. I hope that it is relatable and resonates with people. The ultimate goal is to hopefully bring a little bit of laughter into someone’s life. I think the thing that sets me apart from others is that I bring to the table knowledge from both behind and in front of the camera. I have also been so fortunate, being given opportunities that allow me to pass along opportunities and knowledge to others who are also trying to make their dreams a reality. There is room in this industry for everyone who wants to be apart of it. It is important that we make sure we are inspiring and teaching the next generation of filmmakers as we progress ourselves.

What moment in your career do you look back most fondly on?
Honestly, there is no better feeling than clicking through the channels and seeing a movie or a show you worked on playing on the TV. Its a super rewarding experience to see your name in the credits at the end. I know a lot of people don’t sit through the credits, but when you’re a filmmaker that becomes one of the best and most exciting parts of the film. I’ll never forget looking through the Lifetime Movie Network films on Hulu and coming across the first feature film I have ever worked on. I sat there and watched the entire thing until I could say, “Hey, thats me!” at the end credits. The same goes for when I act in something and my family and friends spot me. I love when they reach out and say, “I just seen you on my TV”! That is also a super exciting and rewarding experience. But my most proudest moment to this day would have to be my short film Chunky Tuna, a semi-biographical coming of age high school comedy about a female who joins an all men’s wrestling team. The film was based on my own personal journey being the only female on an all men’s wrestling team. To write, direct and produce a film is truly a labor of love and Chunky Tuna holds a special place in my heart. 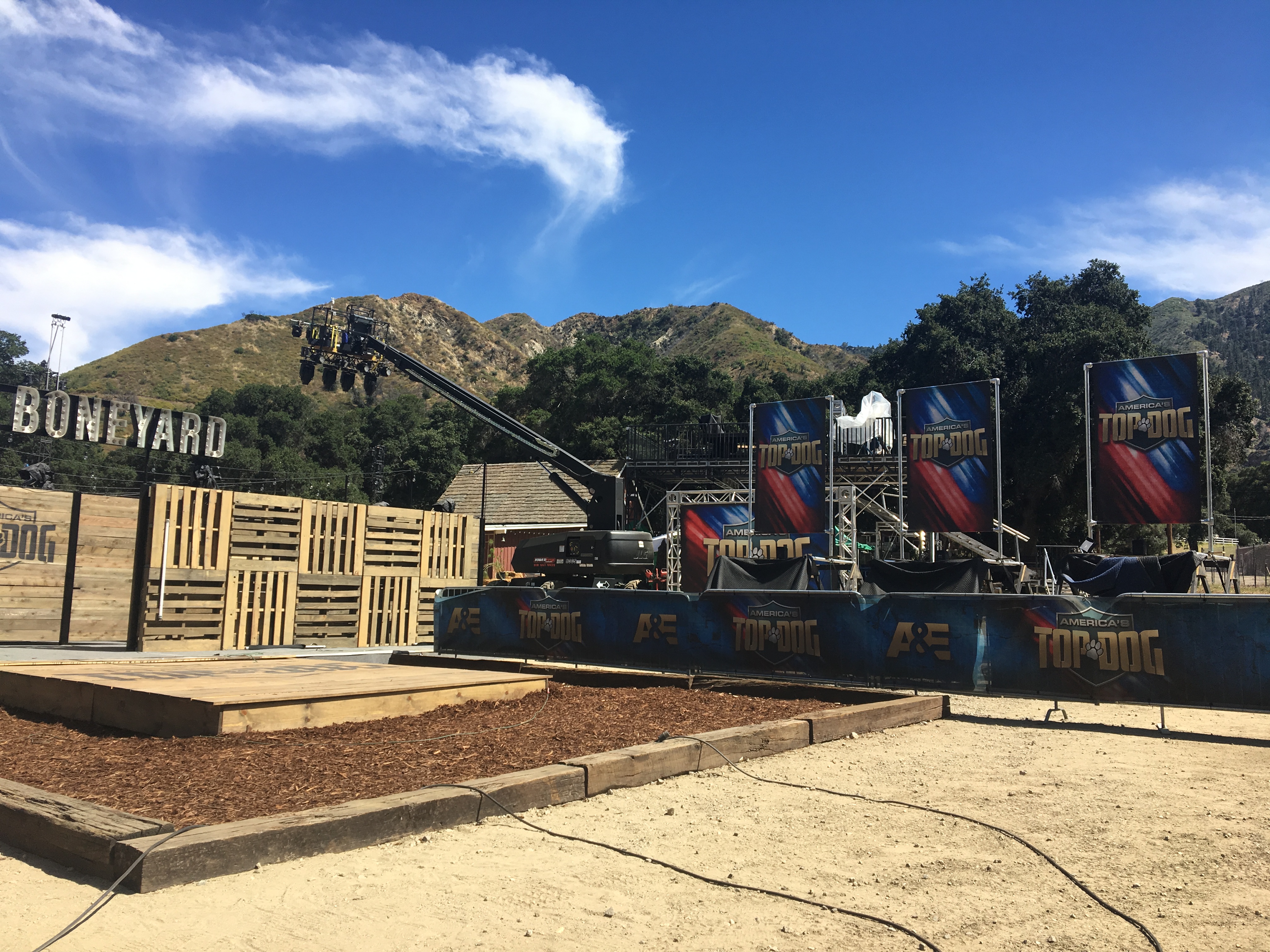 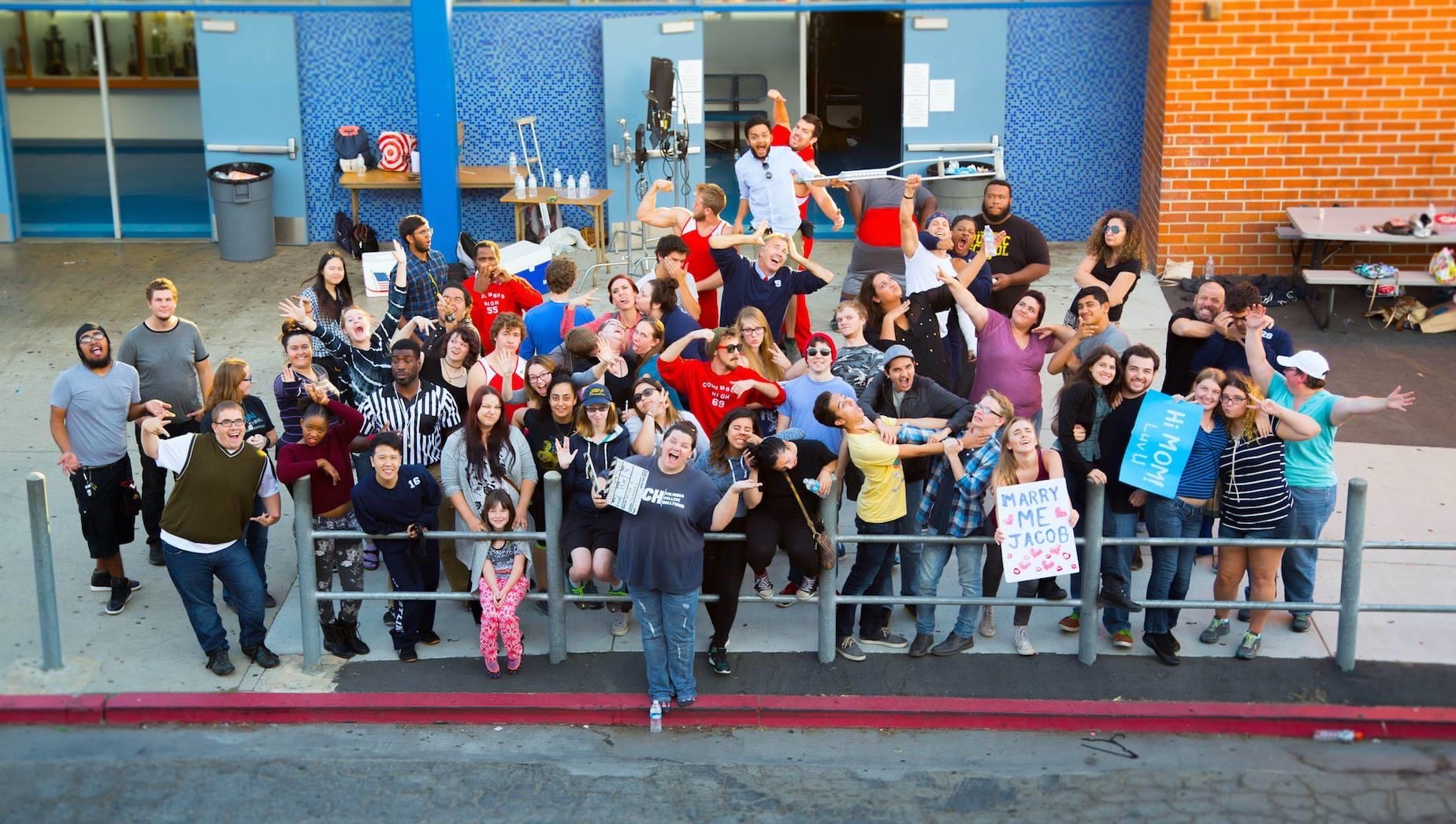 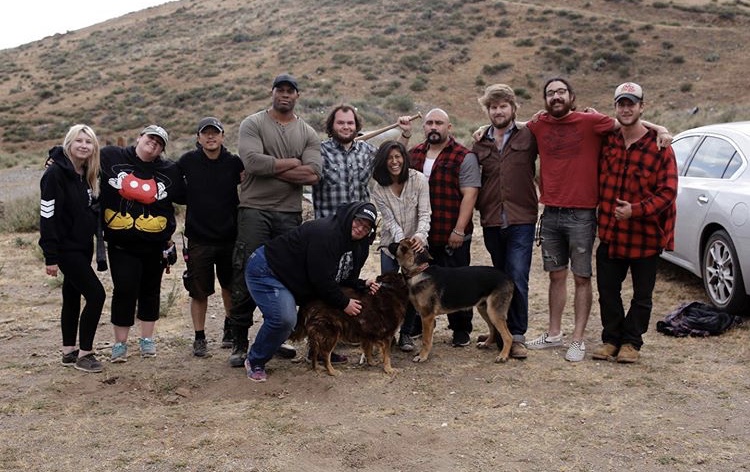 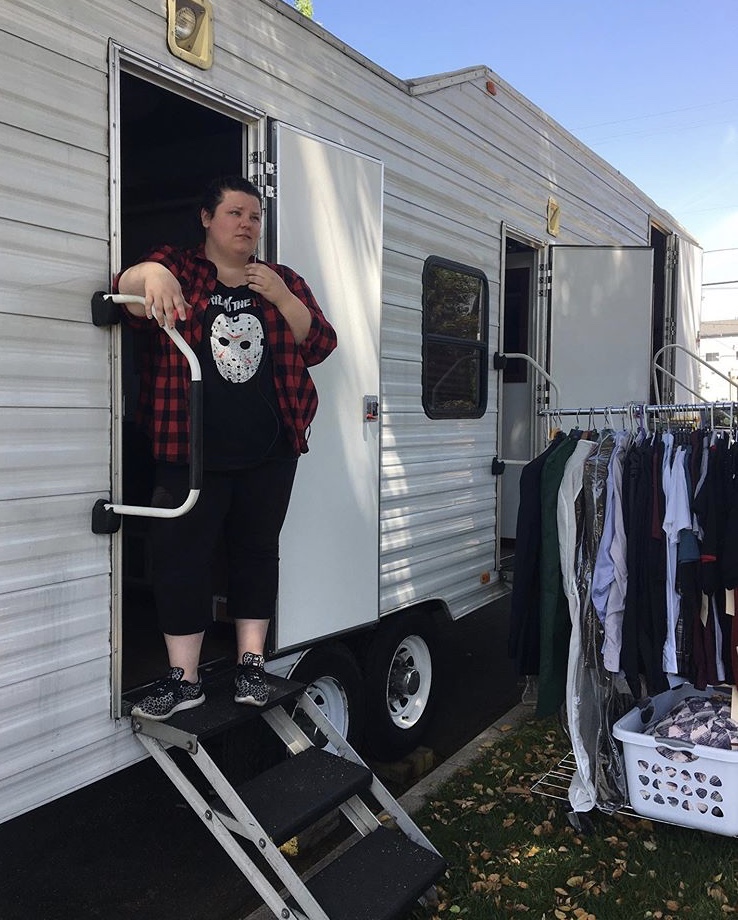 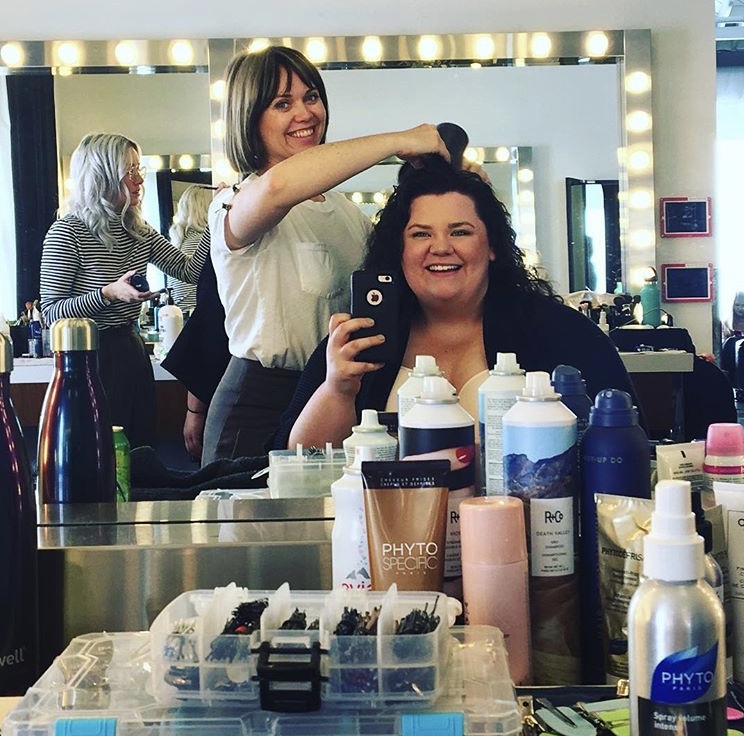 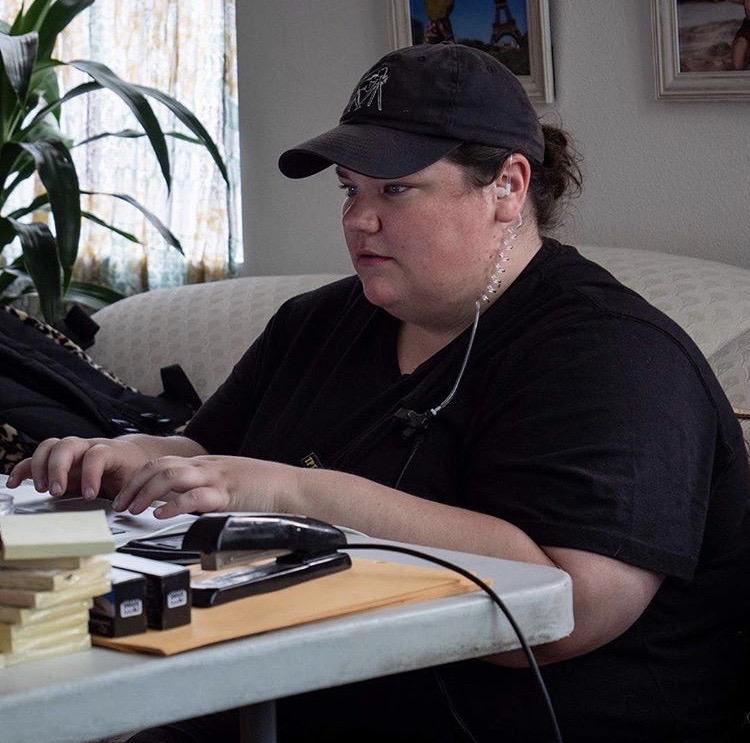 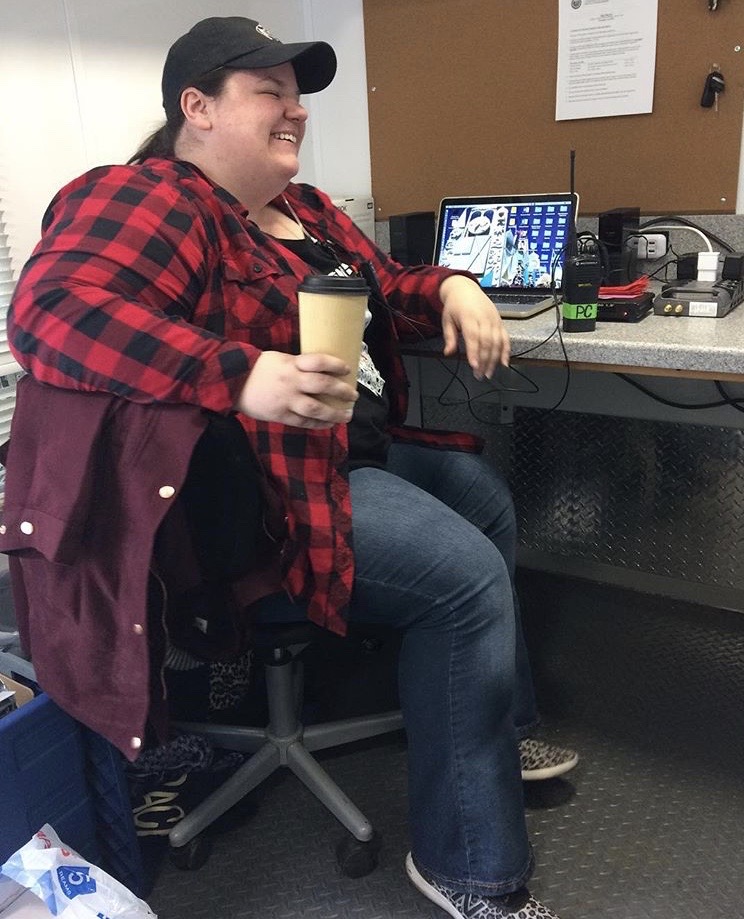