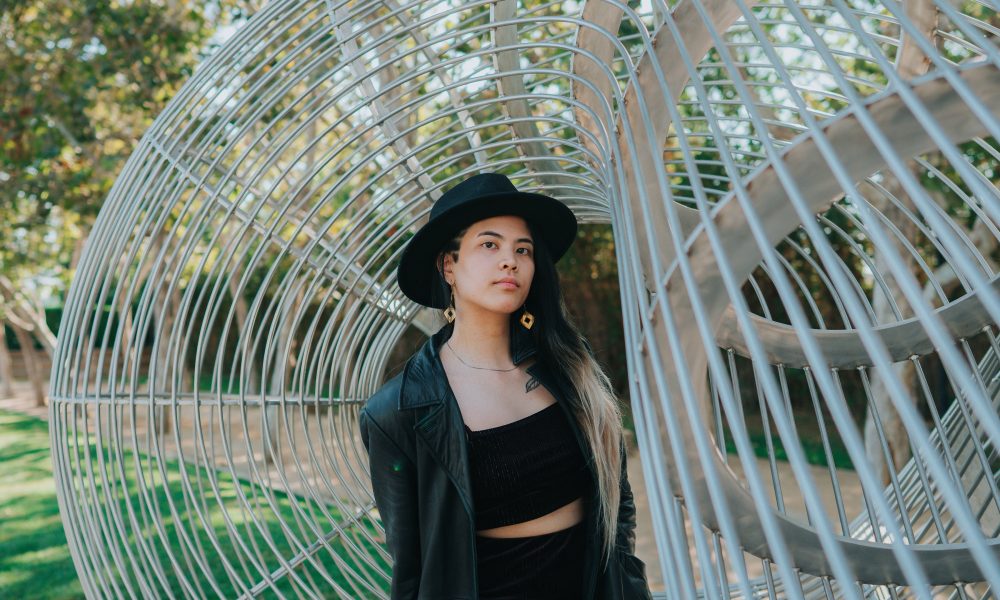 Today we’d like to introduce you to Nicole Dizon.

Can you briefly walk us through your story – how you started and how you got to where you are today. You can include as little or as much detail as you’d like.
I’m a first-generation Filipina American artist and activist from Baldwin Park. As the only girl in my family in California, I would bond with my brothers and cousins over sports, video games and film/TV. Storytelling and art fostered my individualism. I grew up loving disposable and digital point-and-shoot cameras. Compared to my friends, I didn’t have a smartphone until my 2nd year of college, which meant I always captured photos and videos on my camera. Apart from my love for analog, I pushed myself at a young age to try new experiences and activities, even if it meant failing. The ambition and entrepreneurial spirit of the matriarchs in my family rubbed off on me. From piano, dance, studio art, pastel drawing classes, photography, and graphic design, my mom invested in my arts education early on (Thank you!). Around middle school, I began acting in gospel reenactments for my local church and loved the stage. To this day, I still love dressing up in costumes and temporarily inhabiting the minds of characters I love. It wouldn’t stop there. Anytime I watched a film/show about a subject/activity that piqued my interest, I would go out and try it. Watched Rocket Power? Bought a skateboard and surrounded myself with other skaters. Watched Inception? Woke up at 7AM to request the high school vice principal to immediately enroll me in a psychology class. Watched a surf movie? (I can’t remember which one inspired me.) Enrolled in surf lessons and wiped out the whole time. If there’s anything I can glean from film and art, it’s that they excite me about life and expose me to new perspectives and people. Once I realized film combined all of my creative and unconventional interests, I switched from my English major, caught the bug for live event production in undergrad, and haven’t looked back.

Has it been a smooth road? If not, what were some of the struggles along the way?
Where do I begin? I’ve thought about quitting multiple times, but I wouldn’t have persisted this long if there wasn’t a part of me that didn’t believe I could do it. I also can’t imagine myself doing anything else. Due to my low income and student loan debt, I live with my family to ensure I can support my mom and save up for my own films/equipment. For a few of my jobs, it was normal for me to spend 2-3 hours in traffic one way (for a total of 5-6 hours/day) commuting from my family’s house in Baldwin Park to West LA. (I always joke that it’s my equivalent of driving to San Francisco every day.) On top of that, the industry was a culture shock for me since I grew up in communities and attended a university where it was mostly diverse or Asian. Inclusion and diversity were celebrated and drilled into me.

I was often one of a handful of people of color on set, which accelerated my need to find my community of lifetime collaborators and friends. Out of survival, I code-switched often in predominantly white crews and workplaces and became unrecognizable to myself. I put too much pressure on myself to advocate for my community, when I was struggling to advocate for myself. I knew I was dispensable. Despite starting my career at the onset of the #MeToo movement, I feared that articulating my views, challenging toxic power dynamics, and fully showing up as myself would further isolate me or jeopardize my job. As an entry-level freelancer who faced frequent unemployment, I wasn’t in a position to lose my only source of income. I had a reckoning with the idea that whether I like it or not these barriers will always be there. They simply evolve into new systems. As someone who previously worked in a gatekeeping institution, I witnessed the systems in place that excluded and still exclude people. I had to accept that I can’t sprint in this rigged marathon (I’m not good at running anyway). Without a mentor and a support system post-grad, I relied on the internet and other crew members to continue my education beyond undergrad film theory. To my family, friends, and the crews who took me under their wing, I’m forever indebted to you. After everything aligned this year, I realized it wasn’t time for me to tackle specific opportunities back then. I needed these hardships to prepare for this moment. They solidified my mission to create spaces where everyone can thrive creatively and reach their fullest potential as artists and hopefully, good people.

We’d love to learn more about your work. What do you do, what do you specialize in, what are you known for, etc. What are you most proud of? What sets you apart from others?
My curiosities about the world and film have defined my experiences. It might have been a product of me not knowing what I wanted to do, but I grinded in key areas of entertainment (art, production, accounting, representation and now, development) within 5 years. There’s comfort in knowing I can pivot and fall back on other types of jobs if the industry undergoes another upheaval. Unlike some of my peers, I couldn’t afford to go to film school and felt I owed it to myself and the community I hope to serve by learning about the business and craft. At the end of a film, I rarely stayed for the credits. One of my internships required me to go through every single series that was on air for the 2016-2017 season to track every major player in the game. It was the first time I paid more attention to the people behind the camera. That job motivated me to be on set and to have my name on screen. Little did I know what it would take to get there.

To build up my experience, I started off on unpaid gigs until I could hop around production for network reality TV, music videos, digital and commercials among others. In 2018, I finally saw my name on 2 scripted TV shows for NBC and Apple TV+. 1 year of work on a studio lot culminated into mere seconds of airtime. I remember replaying the credits over and over out of disbelief. While I understood the value and privilege of these experiences in shaping my career and who I aspired to become, I sacrificed my creativity (essentially myself) to succeed and arrived at a crossroads. I strongly believe inclusive storytelling is a necessity and functions as what Angela Davis would call “radical self-care.” The collective need for catharsis, my personal obsessions, and all of my burning questions inspire my work.

With my experiences with assimilation, I craved to understand my dual identity as a Filipina American, an aspect of myself I avoided for years due to my fear that I wasn’t “Filipino enough.” Though I was part of a Filipino cultural organization in undergrad, I resisted participating in cultural events (I can’t sing/dance well). When it came to this domain, art and film became the only vehicles for that exploration. As the granddaughter of a bitter melon farmer/midwife and the oldest daughter of a divorced bookkeeper and mechanic, the flawed, messy multigenerational homes inch me closer to the truth about my culture and humanity, energize me to create, and offer opportunities to reclaim my identity. Out of my shorts, I’m best known for BOXED, which fed my curiosity about my family’s immigration story and stumbled upon the significance of the balikbayan box phenomenon to overseas Filipino workers like my grandmother.

3 short films later, I have no doubt anymore that there’s an appetite for stories that meditate on underrepresented experiences. I’ve arrived at a beautiful intersection in my creativity, where I can play a minor role in shifting the zeitgeist through TV development/production at Scott Free and champion independent filmmaking as a first-time director and Project Involve Fellow for Film Independent. I’m wrapping up post-production on my directorial short film debut and can’t wait to release it into the festival circuit soon. Since 2015, I’ve been chasing this elusive “destination of fulfillment.” Regardless of where I end up, I’m relishing where I’m at and I don’t plan on stopping anytime soon.

Have you learned any interesting or important lessons due to the Covid-19 Crisis?
I sought comfort in my community and creativity during quarantine. In a pre-COVID-19 world, I was barely home and only saw my family in passing. I’m grateful for the time I have with them. I also learned I’m good at subconsciously finding distractions and keeping myself busy. It’s that capitalistic tendency to be productive as well as a defense mechanism against failure. Sometimes, I can’t help it. If there’s anything I can control, it’s always been my output. When I reflect on past chapters of my life, I’ve been prone to take on too much work, burn out, and forget to take care of myself. For the first time in years, my health became the priority. 2020 was necessary. Once you take away travel, movie theaters, and other communal activities/spaces, you’re left with yourself, which can be scary and uncomfortable. I know I was uncomfortable. However, I’ve become more patient and curious about my need for productivity. I gave myself permission to slow down, take big swings and experiment without any intent of my creations amounting to commercially viable work or work that anyone else would like. My creativity feels limitless when it’s born from abundance, not depletion. 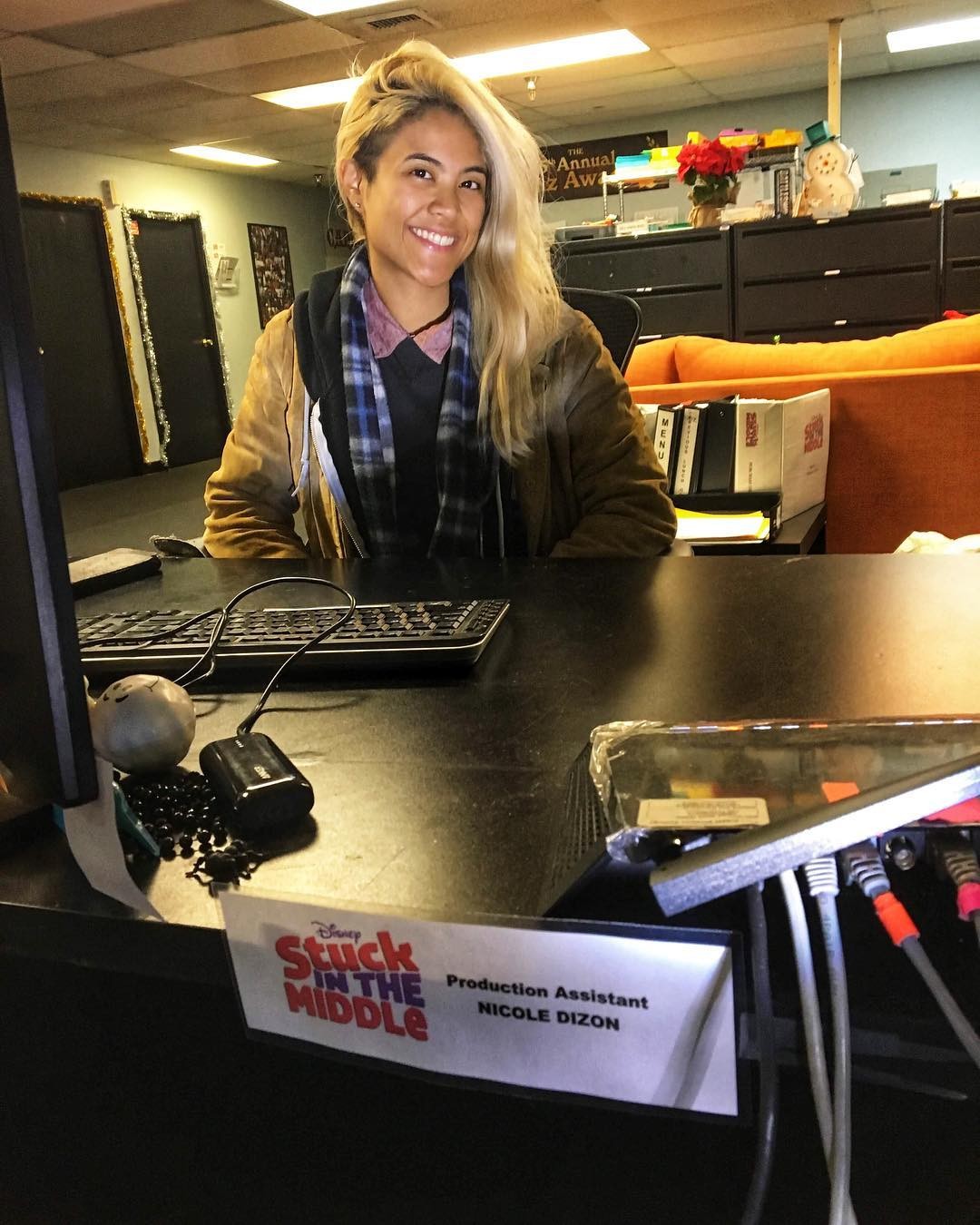 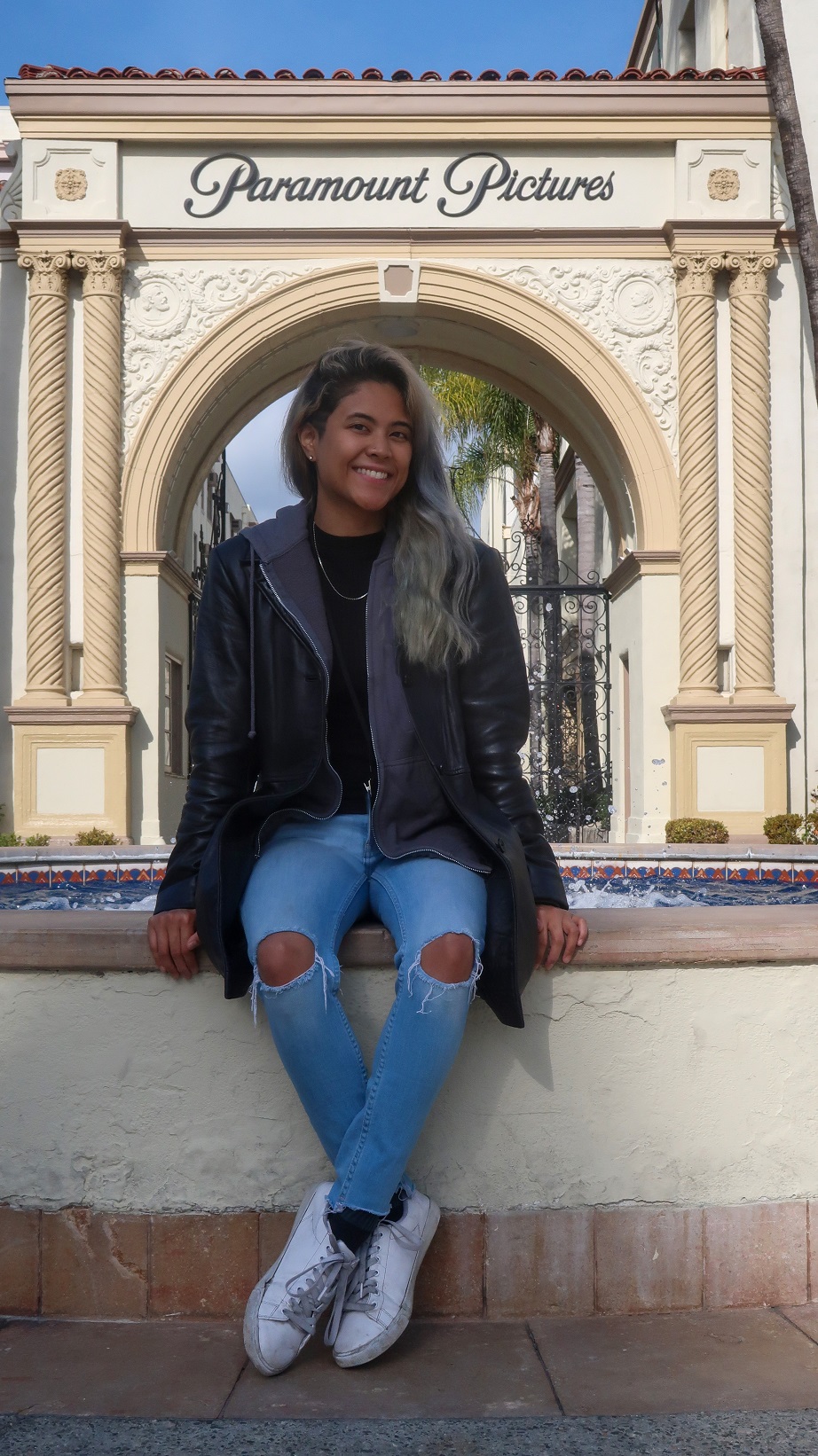 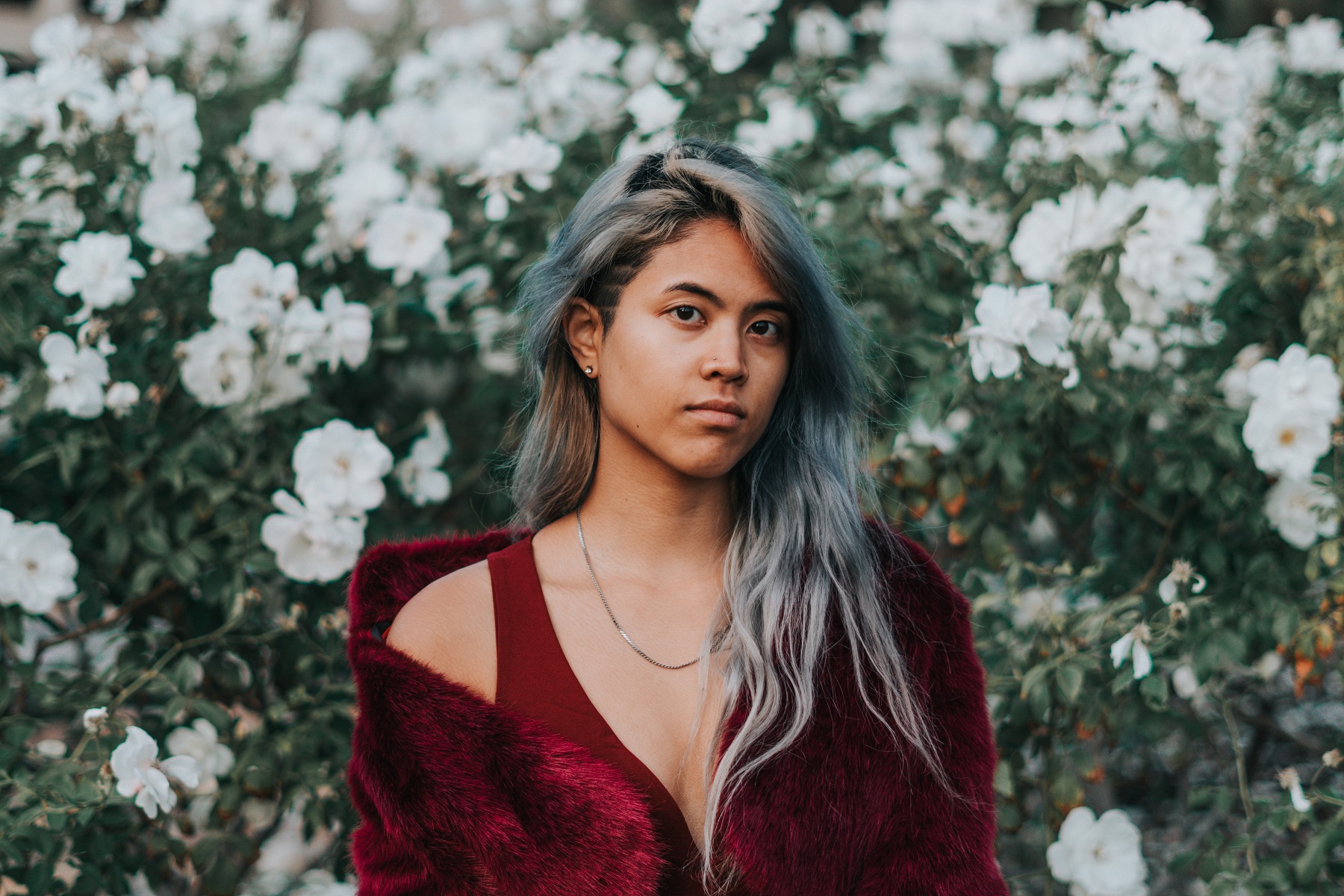 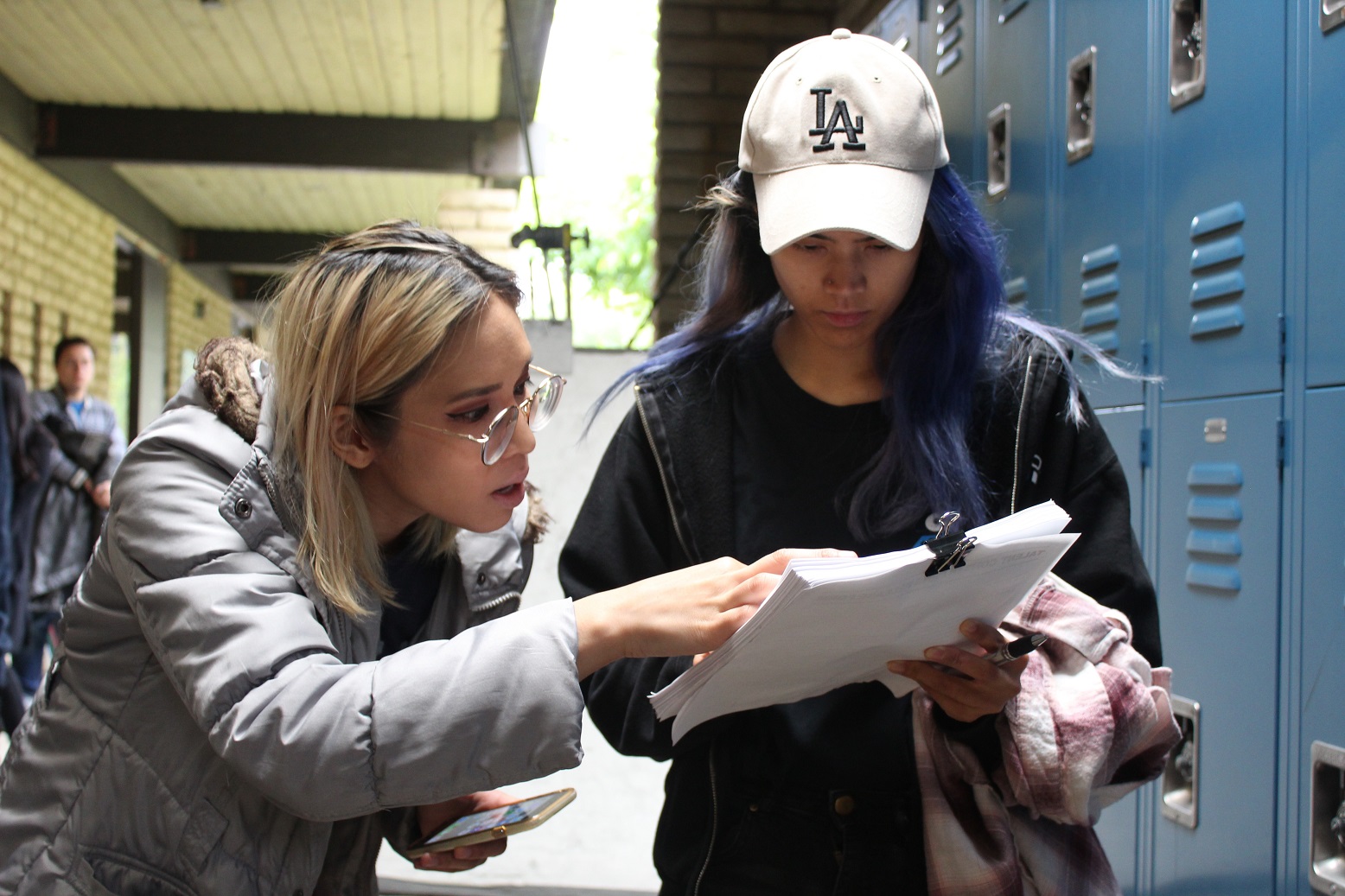 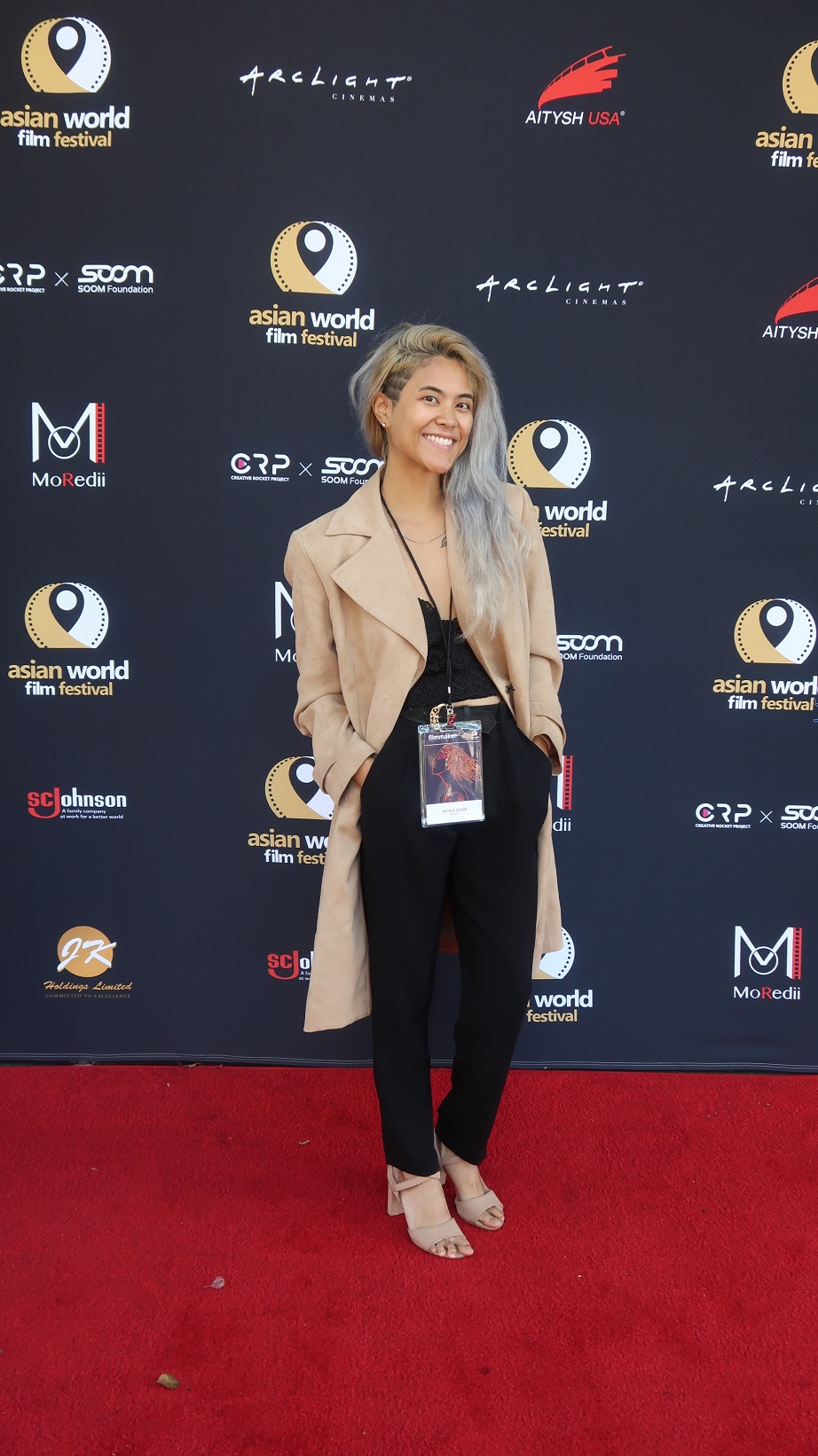 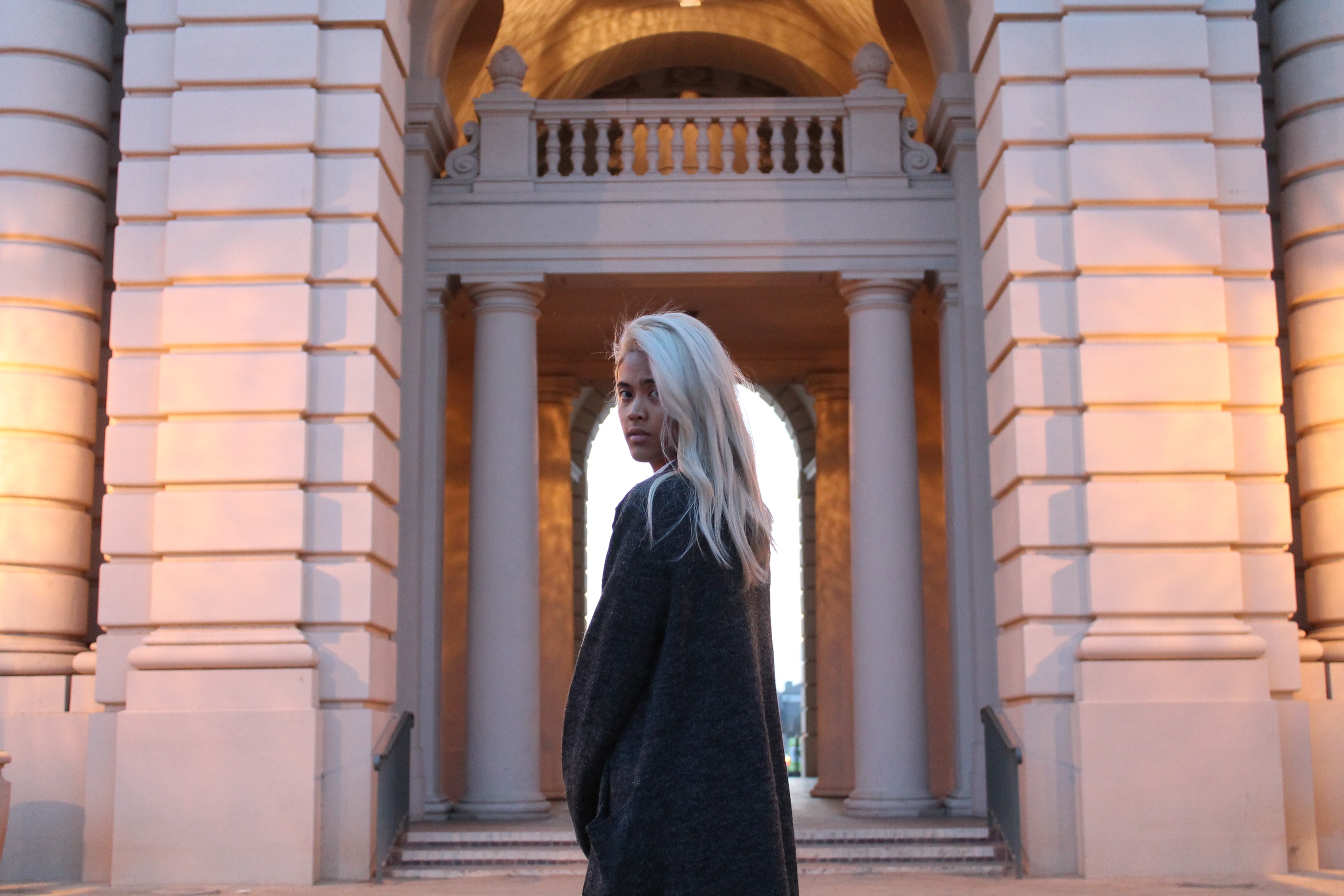 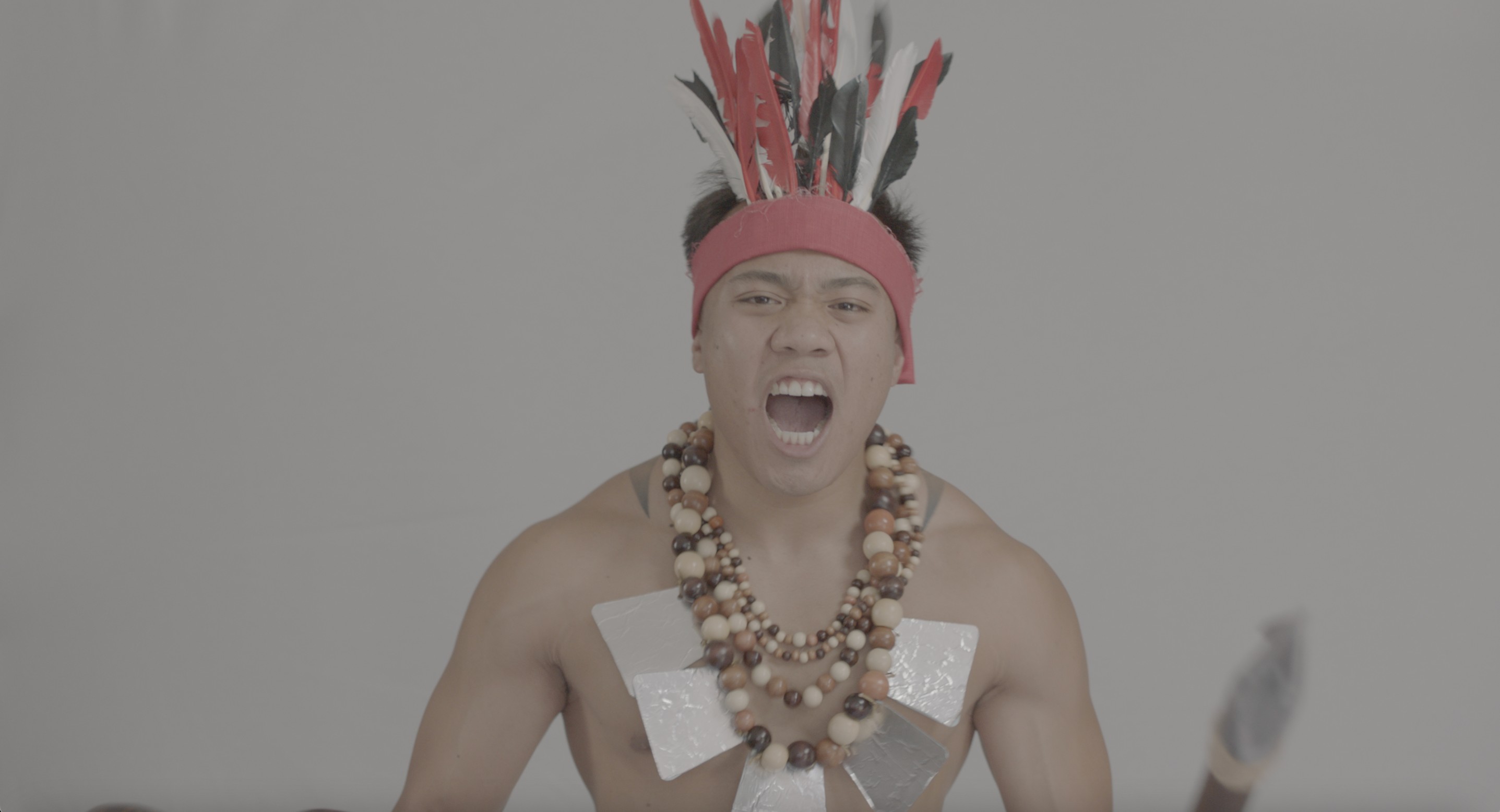 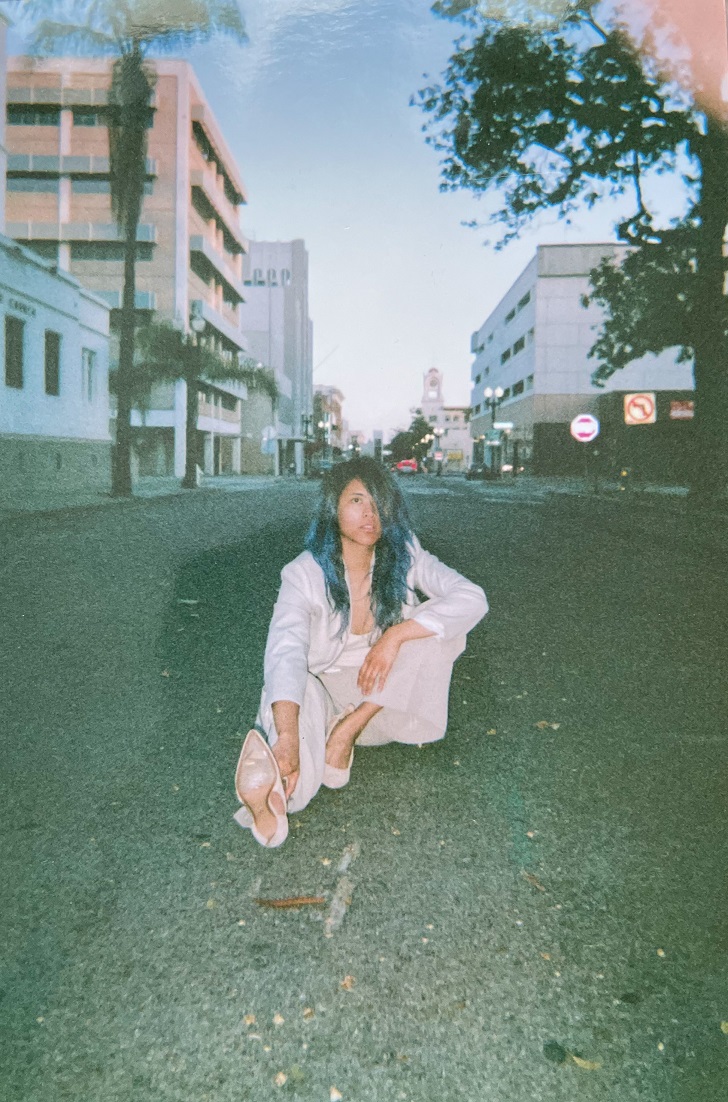