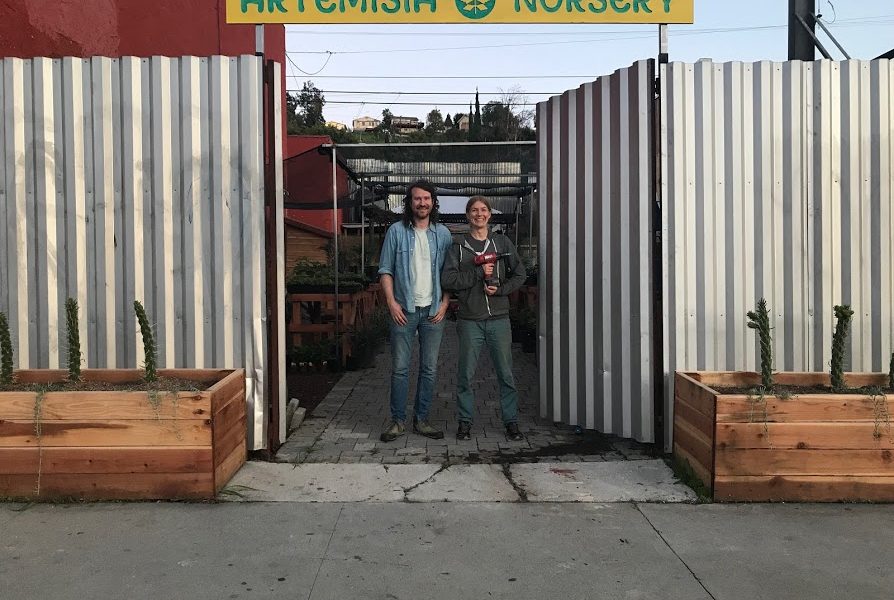 Today we’d like to introduce you to Nicole Calhoun and Carl Harders.

Thanks for sharing your story with us, Nicole and Carl. So, let’s start at the beginning, and we can move on from there.
Nicole: My mom is a gardener, and I grew up immersed in a wonderland of plants, but it wasn’t until after I graduated from college with a degree in music that I began to seriously pursue a career in horticulture. I remember the day I walked into Cactus Jungle Nursery in Berkeley for a job interview and the owners asked where I saw myself in five years. I was so impressed by the beauty and functionality of their nursery, I opened my arms and said, “I want to do something like this!”

Carl: I met Nicole through an event put on by some mutual musician friends. She had some small succulents and cacti which she was giving away to promote her nursery that she ran out of her home at the time. We got to talking about our mutual love of plants and interest in native plants, and she told me about a small group of people that wanted to start a worker-owned nursery co-op, so I joined the group.

We slowly realized that starting a co-op off the bat with so many people and varying schedule/commitment levels would be hard to manage and it might be smarter to start the business small and grow it into a co-op. There happen to be quite a few models for this out there. So Nicole and I decided to find a space we thought we could manage and go from there. On March 24th we will have been open for a year! It wouldn’t have been possible without out all the help of our friends and family and all those brainstorming sessions with the original group.

Nicole: We should clarify for folks out there who aren’t familiar with the term “worker-owned cooperative.” A worker-owned co-op is a business that is owned by the people who work there, with profits being shared based on how much time each person puts in. The emphasis is on collaboration rather than a hierarchical structure.

Great, so let’s dig a little deeper into the story – has it been an easy path overall and if not, what were the challenges you’ve had to overcome?
Carl: I’m going to hand this one to Nicole cause she deals with more of the day to day. I don’t think people understand how much work it is to get something going and to maintain it.

Growing and selling plants isn’t something you do to make lots of money. It’s something you do because you love it – but we all have to eat! Figuring out how to turn my passion into a viable business took years of trial and error, lots of patience and perseverance, and loads of encouragement and support.

At a certain point, I realized I didn’t want to go it alone, but I also had reservations about being a “boss.” More than anything, I wanted to collaborate with a group of peers who shared a passion for plants and could bring a variety of perspectives and skills to the table.

Almost before I started putting this out into the world, friends starting expressing their interest in developing a worker-owned cooperative business together. For about a year, our ranks swelled, and more and more folks were interested in exploring this concept. It was a very exciting time as we exchanged ideas, stoked each other’s energy, and developed a sense of community.

Eventually, we hit a plateau. We became mired in the questions of how to equitably start a business that wasn’t likely to be profitable for some time when most of us had few financial resources and little time to spare after the daily grind of making ends meet. As crazy as it is for one person to find a time in their life to take the risk of starting a new business – imagine trying to coordinate that supernatural confluence amongst six working people living in a crazy expensive city!

Finally, we faced what to me still seems like the hardest hurdle. Bolstered by the knowledge that virtually every worker-owned cooperative starts out as a traditional small business and then transitions to a co-op only after the business proves viable, we decided to forge ahead on our own.

Carl and I were able to take the initial risk of opening a space and getting the nursery off the ground, but we had to strike out from the cooperative model in order to do it. We still consider our business worker-owned, but a cooperative is something larger than two people. I’m looking forward to the day our business can support enough people that we can revive the dream of creating a worker-owned cooperative.

Carl: On a basic or practical level success of the business will be for the business to be able to support Nicole and I, and for us to expand and be able to add more people to the family and become a real co-op. I think on a personal level it will be a success if we really become a resource for the community and teach people more about the environment, local ecology, organic gardening and self-sufficiency and to cultivate people’s relationships with plants in general.

Please tell us about the Artemisia Nursery.
Carl: We specialize mostly in native California plants. We also sell non-native succulents, cacti, and houseplants, along with an assortment of pottery and gardening tools. We do consultations, design, and installations as well.

Nicole: Even within our California native plant specialty, Carl and I have our own special interests. I’m always encouraging people to select plants that support wildlife, and Carl is into herbalism and wildlands.

I’m proud that we are building a business that we actually want to work at, that is enjoyable on a day-to-day basis and also effects positive change in the world around us.

Do you look back particularly fondly on any memories from childhood?
Nicole: It’s too hard to choose! The sense of being surrounded by light and leaves and rainbows, water droplets on the undersides of leaves, colorful heads of Zinnias towering overhead; watching butterflies uncurl their proboscises and bees gather pollen into sacks and finding a tangle of garter snakes by the old stone wall; licking the spoon clean of blueberry muffin batter and collecting herbs to garnish our dinner; the smell of California when we returned to the state and I was nine years old, hearing my uncles play Creedence Clearwater Revival tunes by the fire as the sunset in the mountains near Yosemite.

Carl: It may not be surprising to hear that my favorite memories from my childhood are in nature. Climbing the Sugar Maple in my backyard or playing at the falls, looking for fossils, and finding salamanders at our family cabin in upstate New York. Boat rides on the Adirondack lakes surrounded by Hemlocks and the numerous backpacking trips that I took. 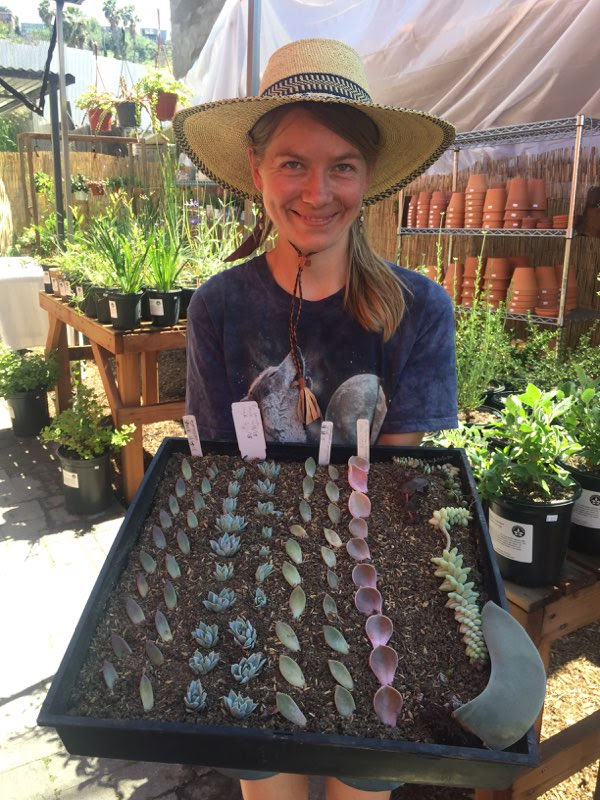 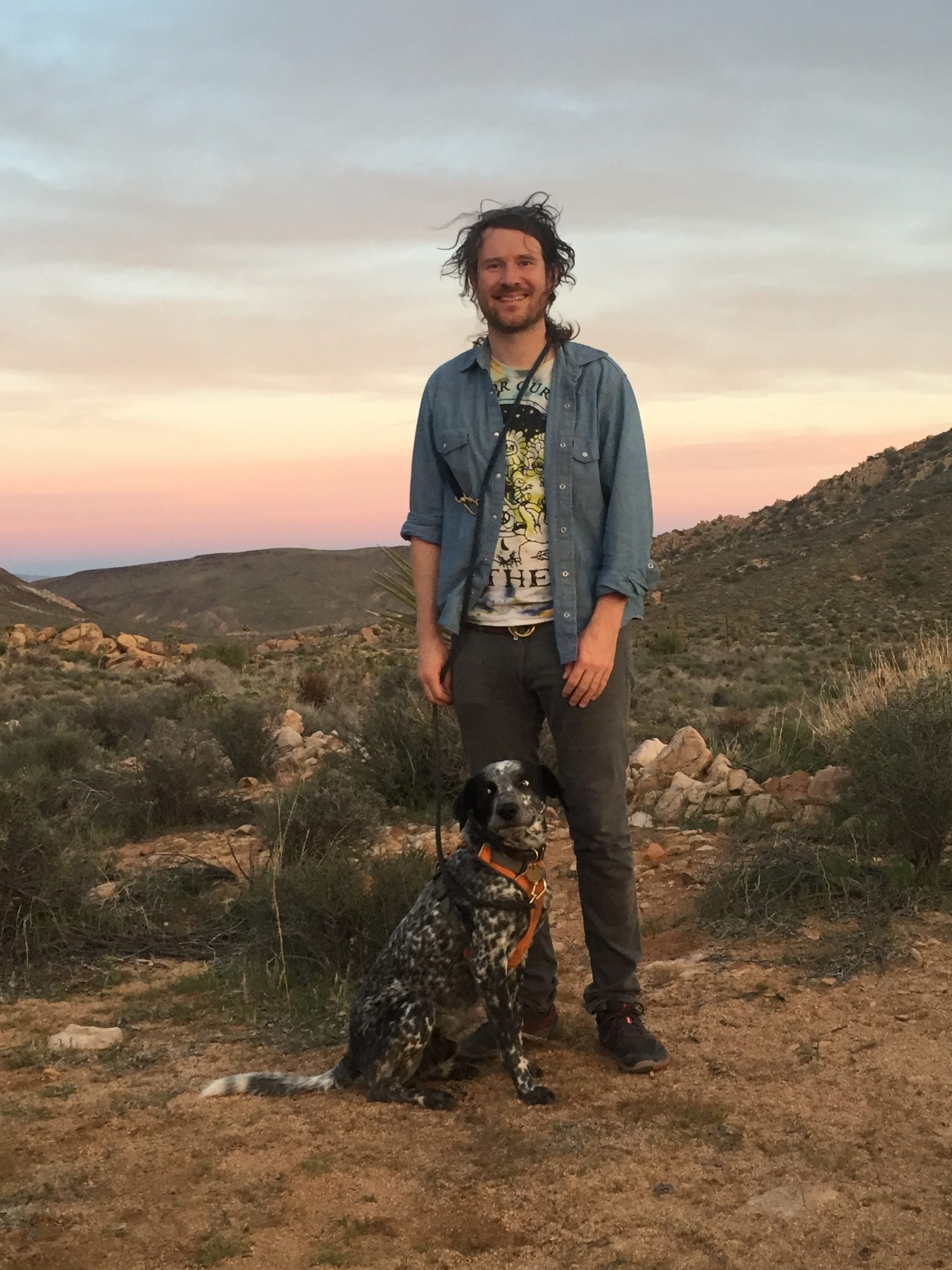 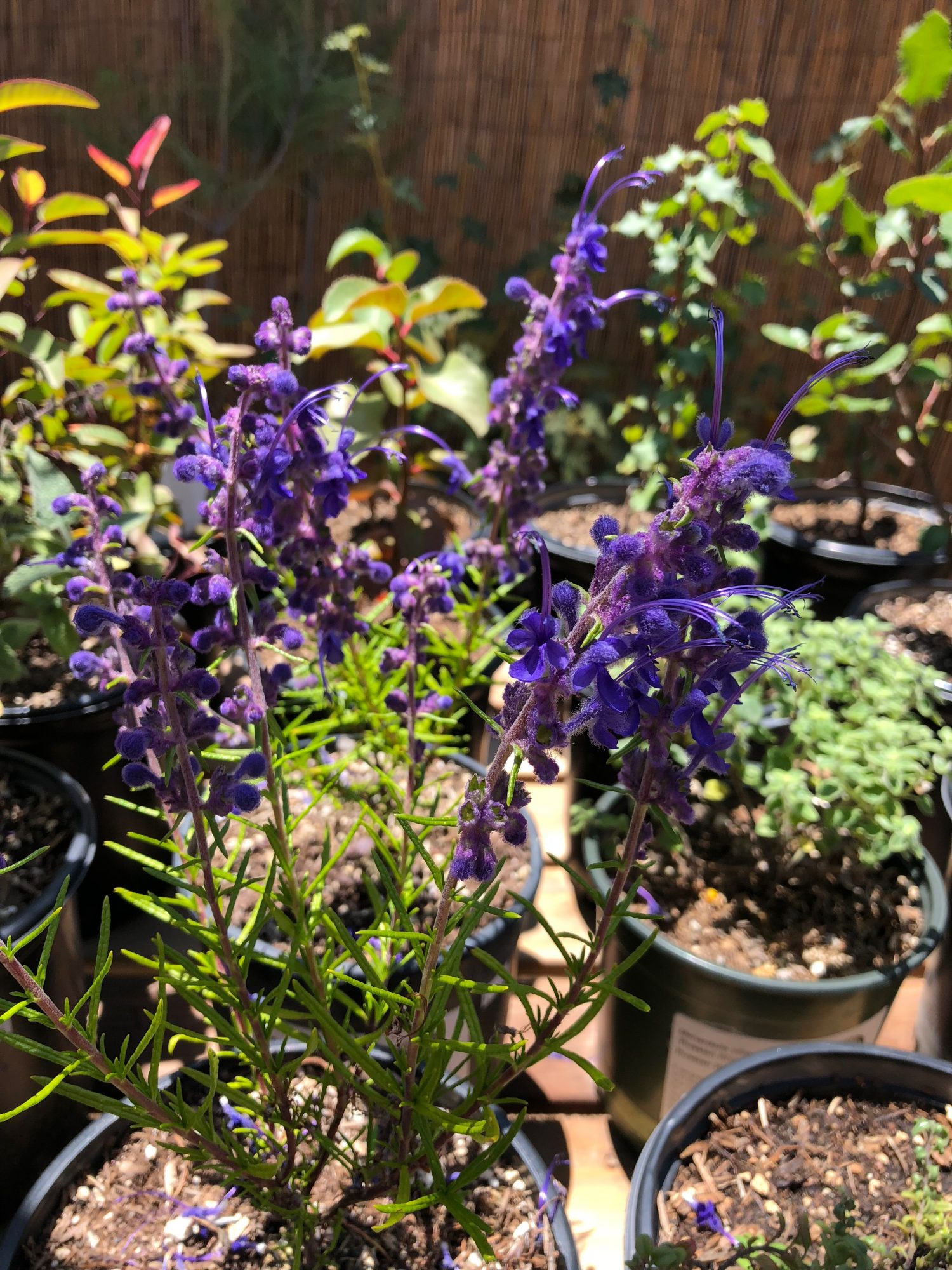 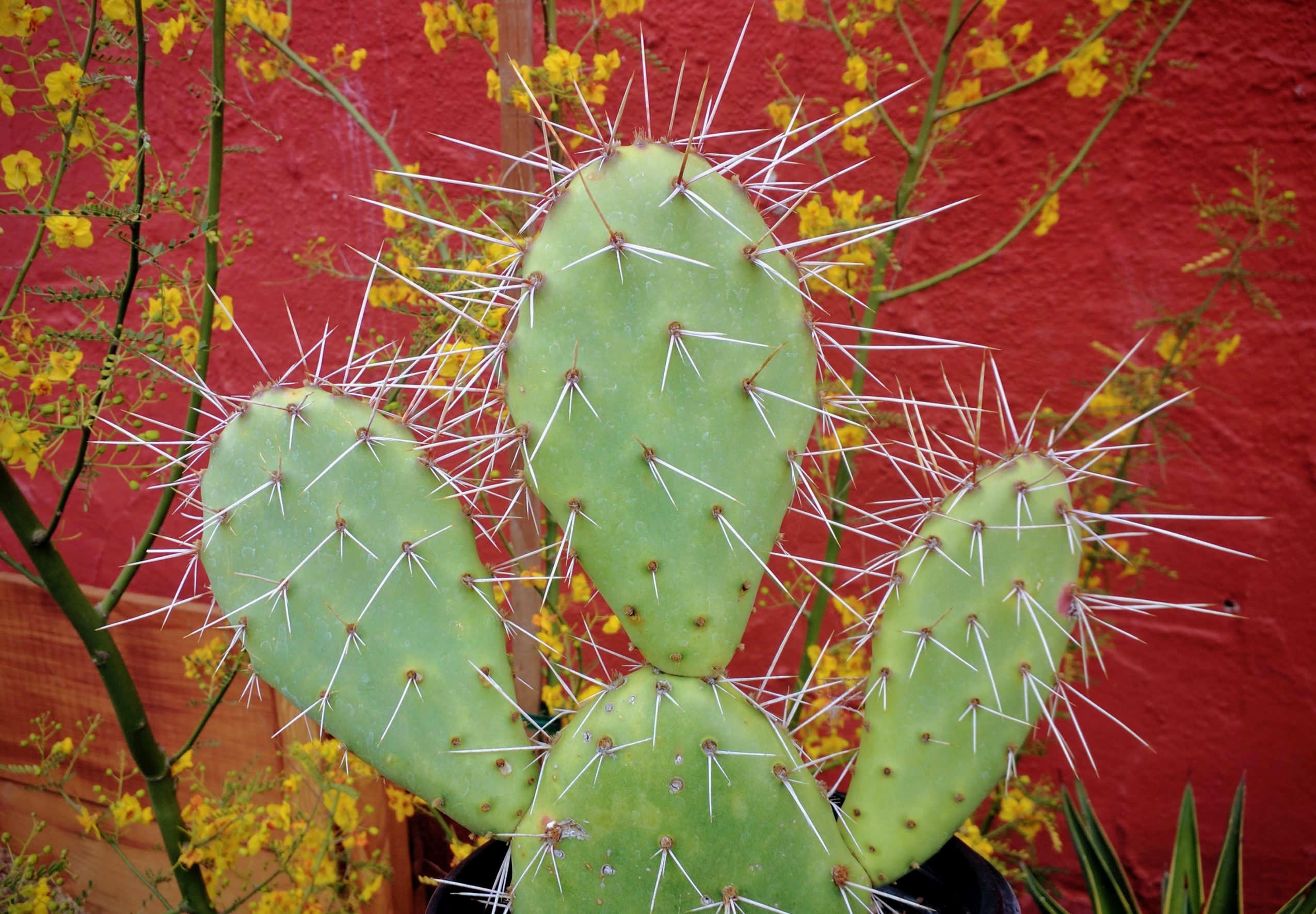 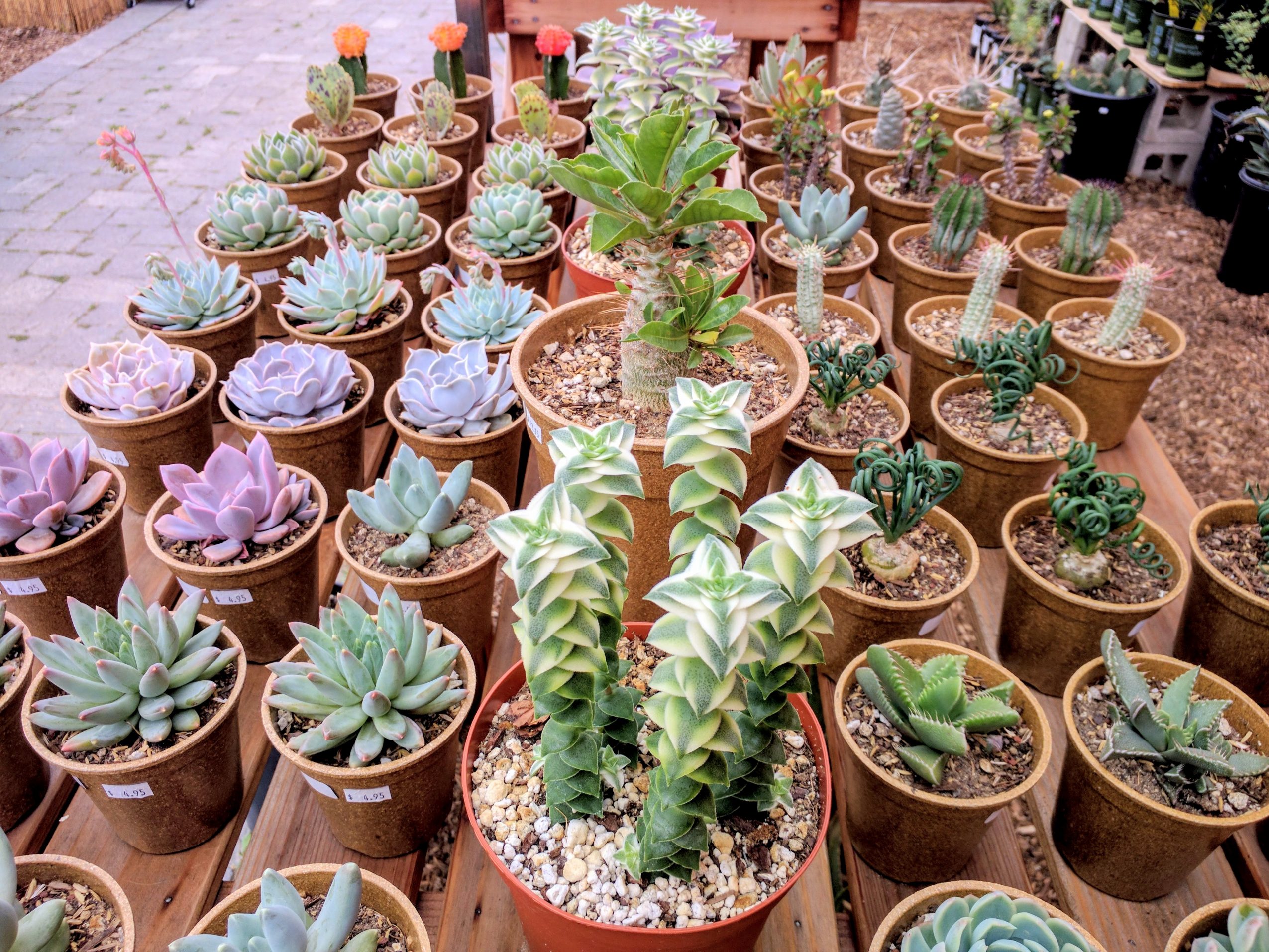 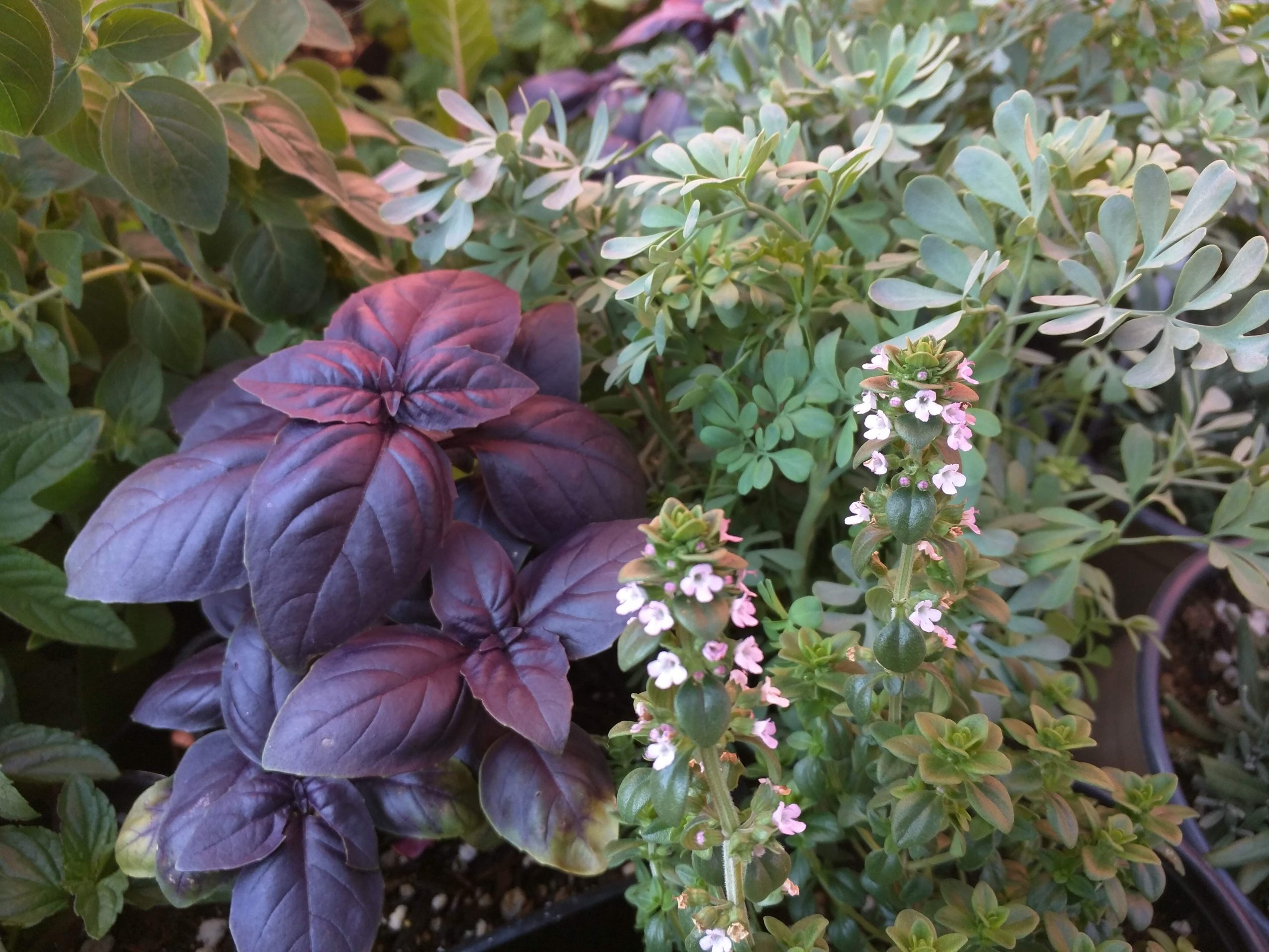 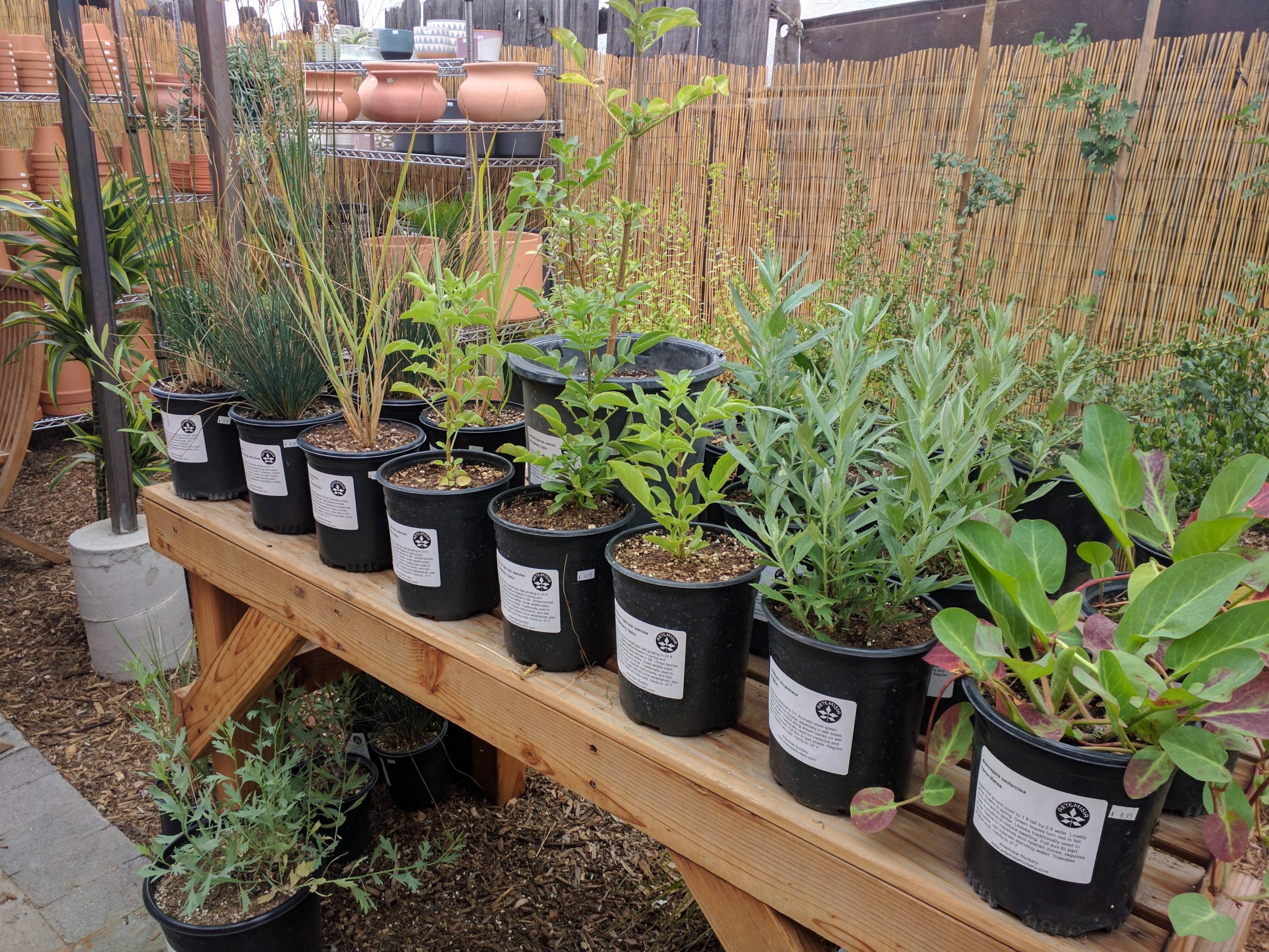 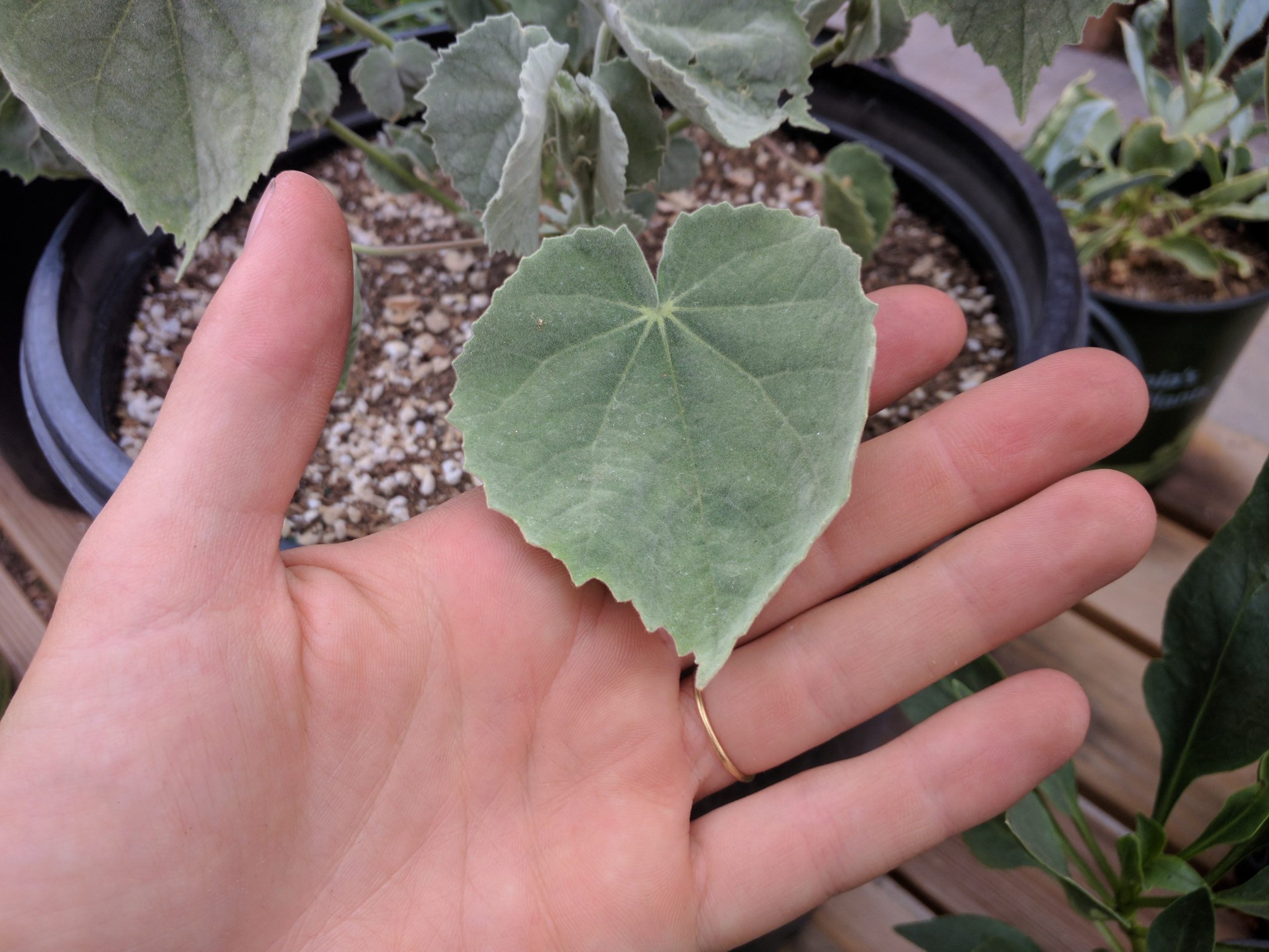 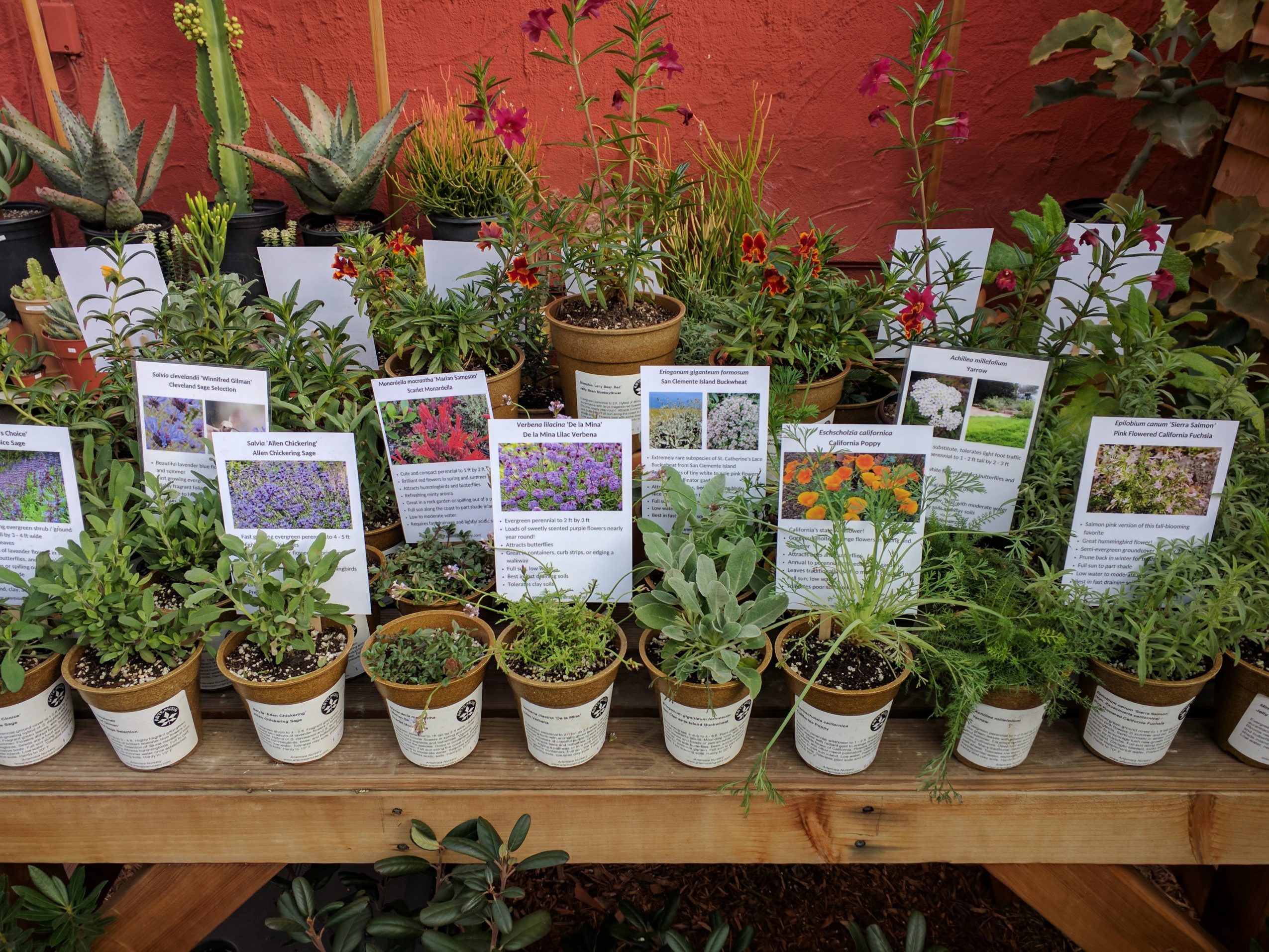 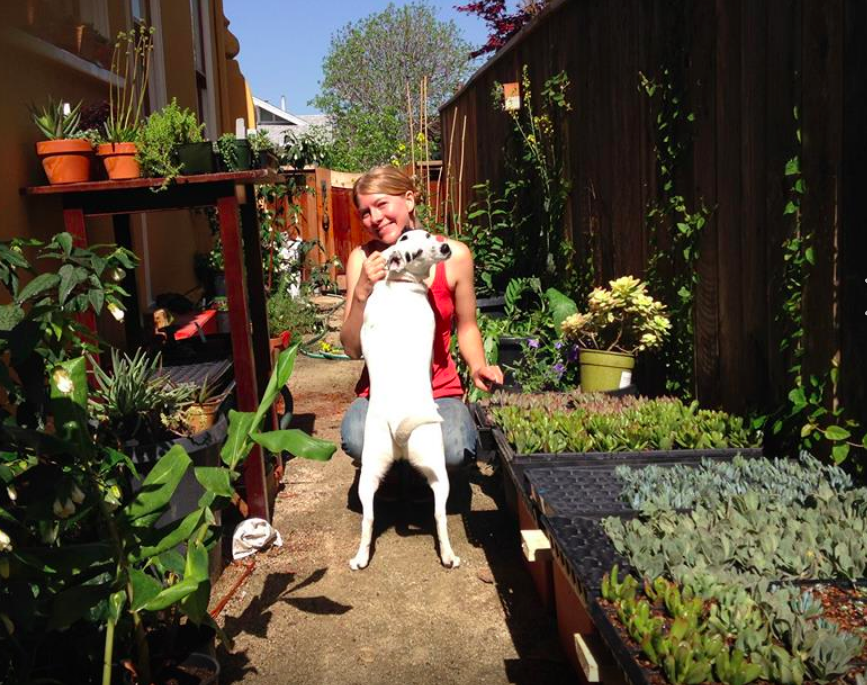