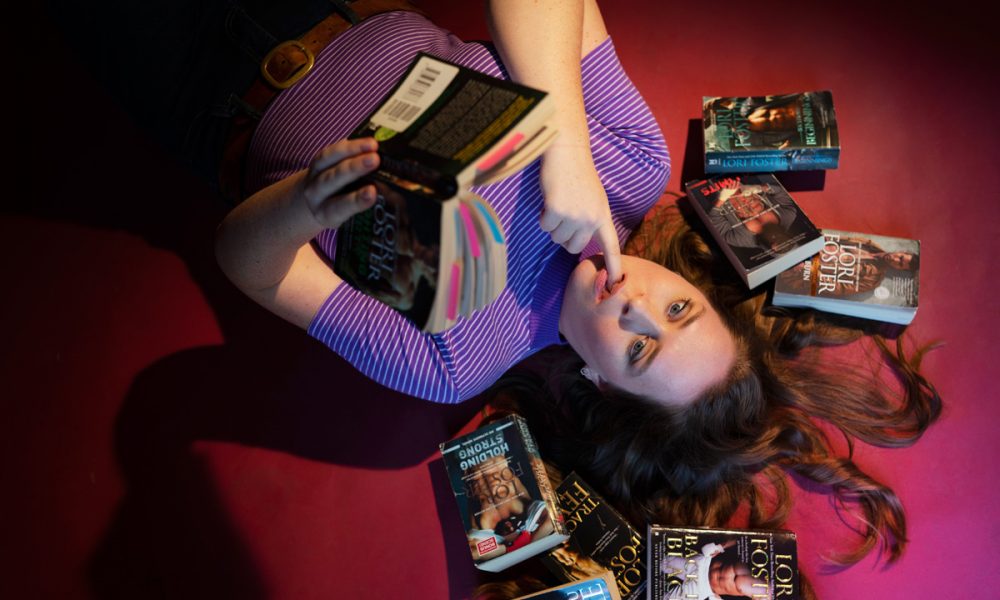 Today we’d like to introduce you to Nicole Blume.

Nicole, can you briefly walk us through your story – how you started and how you got to where you are today.
I was the second-grade kid telling my friends and family that I was going to be an actor before I had ever done any acting. For some unknown reason, I was POSITIVE I was meant to be an Oscar-winning leading lady. Fast forward to when it was time for me to decide where I was going to college and what I was going to study; I got super insecure and panicked.

I decided that even though I loved performing (at this point I had actually acted in a bunch of school plays, been drama club president and filmed a couple of commercials*), It was a stupid decision to put all my eggs in that basket, so I declared my major as Fashion Merchandising and quit pursuing acting. That lasted three years. Three boring, albeit probably necessary character building years. It took a lot of work, but I rekindled my fiery spirit (can we take a moment to appreciate this unintentional pun? Thanks) and started believing my dream wasn’t stupid after all.

I started taking classes at The Groundlings and joined sketch/improv teams to get back into performing. I also started submitting myself for projects on Actors Access and LA Casting, I even booked a few small things, but it turns out that waiting around for someone to call and tell you that you’ve booked a role isn’t super fulfilling (especially when they never call). I also just kind of knew that other people weren’t going to have any idea what I could do unless I showed them first.

So I started my own YouTube Channel (it’s really uniquely titled… Nicole Blume) for my sketches in 2015. With the support of my husband (who shoots and edits) and my crazy talented friends (who have helped create and/or acted alongside yours truly), I’ve grown my channel to 20,000 subscribers and over 10 million views. Say What?! And that’s led to really cool opportunities like a role on Disney’s Raven’s Home and a few national commercials. So that’s where I’m at now. Grateful, but excited for whatever is to come.

*two local spots directed by my own father!

Has it been a smooth road?
Having the emotional energy to create my own stuff was really really hard when I was still working a day job in the fashion industry. Especially with the traffic sitch, we’ve got going on.

Some days I was driving 40 minutes to work, sneaking out for an audition that was 30 minutes away, and sneaking back in… just to drive home another 40 minutes, get ready and perform in an improv show that was another 30 minutes away. I mean, I’m exhausted after just getting that sentence out, I don’t know how I did it for like 3.5 years. Deciding to work from home helped a lot. I now sell vintage clothing and accessories online to supplement our income.

Another HUGE struggle has been my health. I have a chronic mental illness called Bipolar Type 2 (aka more severe mood swings that err on the side of depression). So I’m constantly managing it with medication and self-care. It is totally manageable though, I just have to treat it like any other illness and take sick days when necessary, even when that drives me nuts.

We’d love to hear more about what you do.
I’m a comedian, actor, and writer. I specialize in improv, character work, and sketches. I love any gig whether it be writing and starring in a sketch for WhoHaha’s website, hosting a Facebook Live Game Show, or getting a script and working with a director to tell someone else’s story. I’m most proud of being selected for NBC/Universal and WhoHaha’s Pitch Perfect 3 Campaign where I wrote and starred in a promo alongside Elizabeth Banks.

I think what sets me apart from others is my range of characters. I love bouncing from an androgynous maintenance worker to an endearing soccer mom to an overly flirtatious high schooler. One of my favorite comments to get is the “I didn’t realize you played all the characters in that video until I went back and watched it a second time!”

Let’s touch on your thoughts about our city – what do you like the most and least?
I love the people I’ve met in this city, and the range of opportunities there are for comedians. I also love the coffee shops. They are literally everywhere, and they’re a great place for me to say I’m “working on my next script” while I eat a danish and shop on Poshmark. What don’t I like? The layout. I wish there were more areas that were walkable and accessible by public transportation. 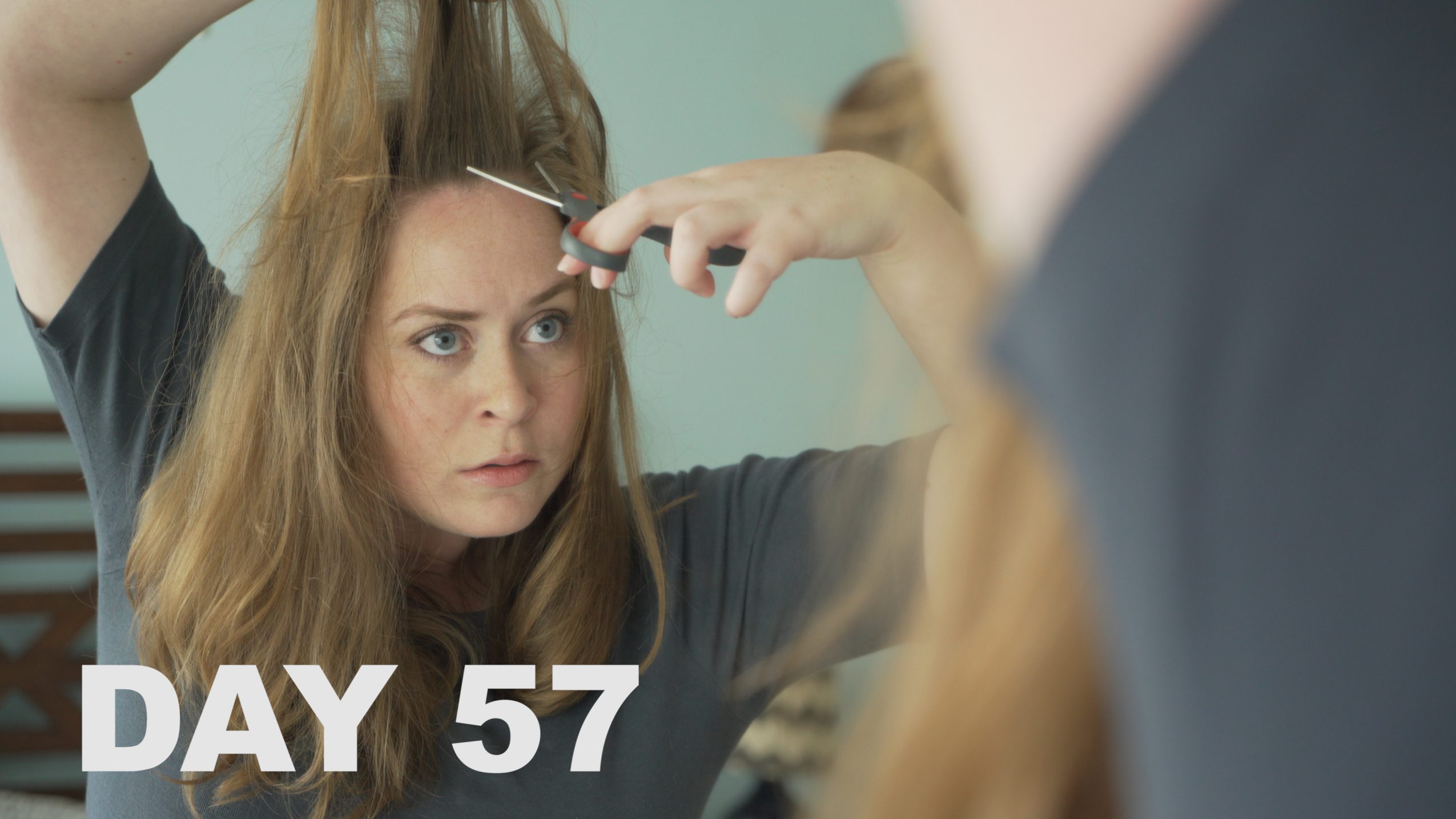 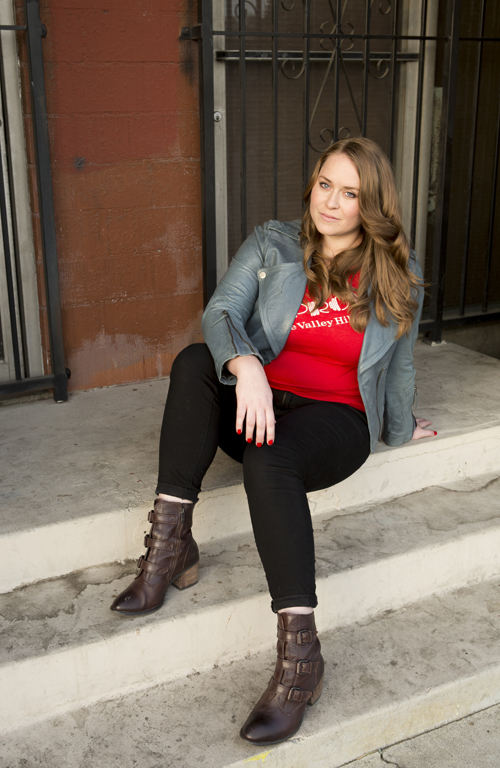 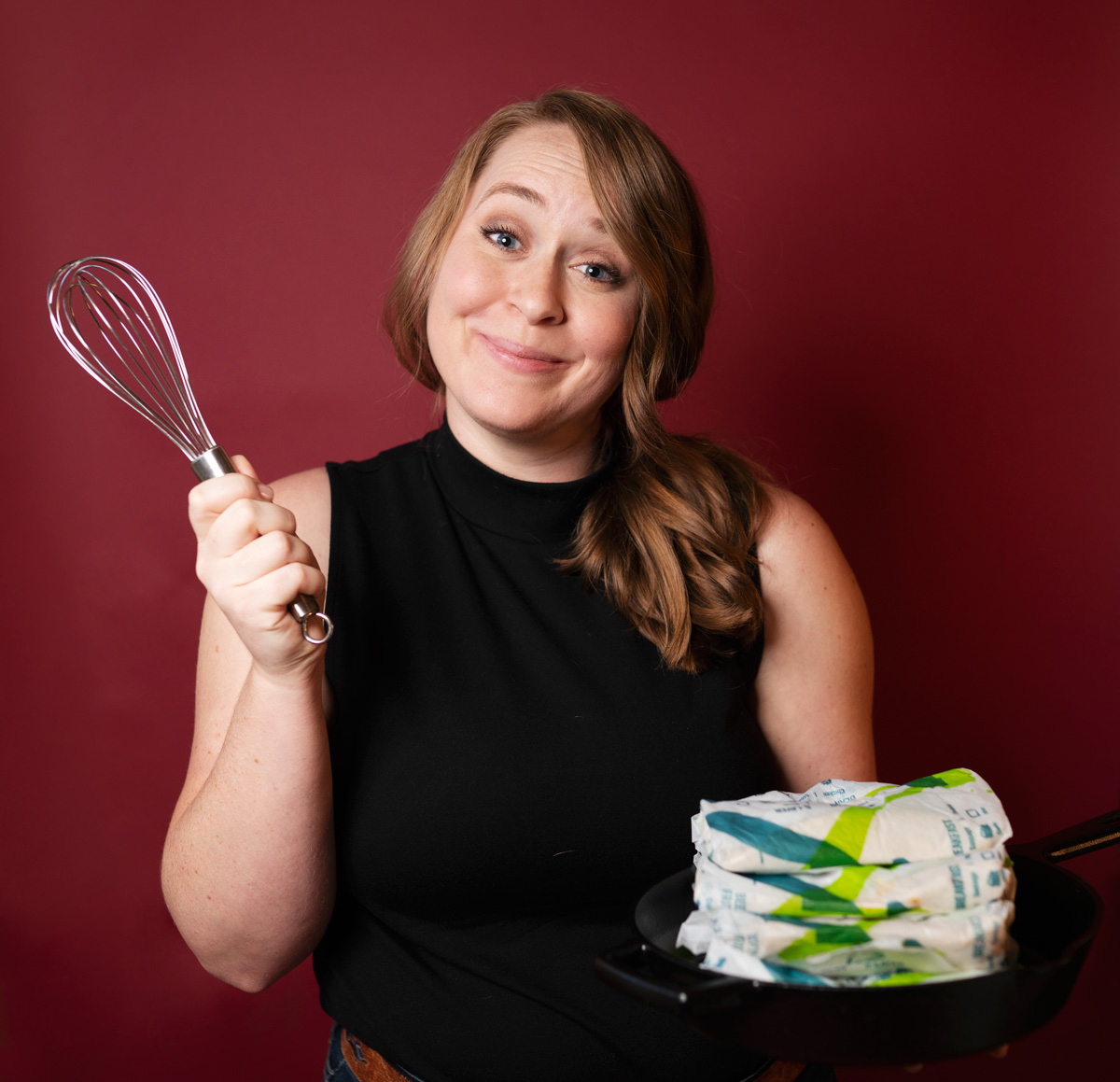 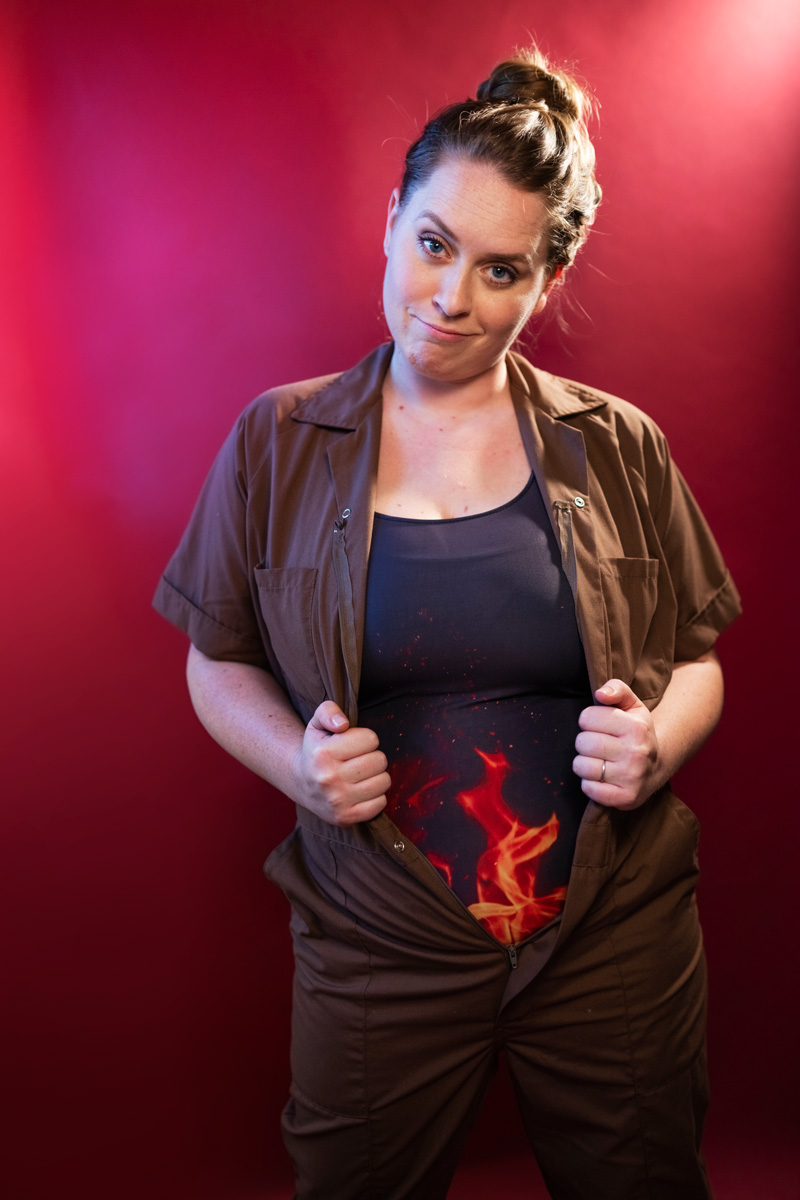 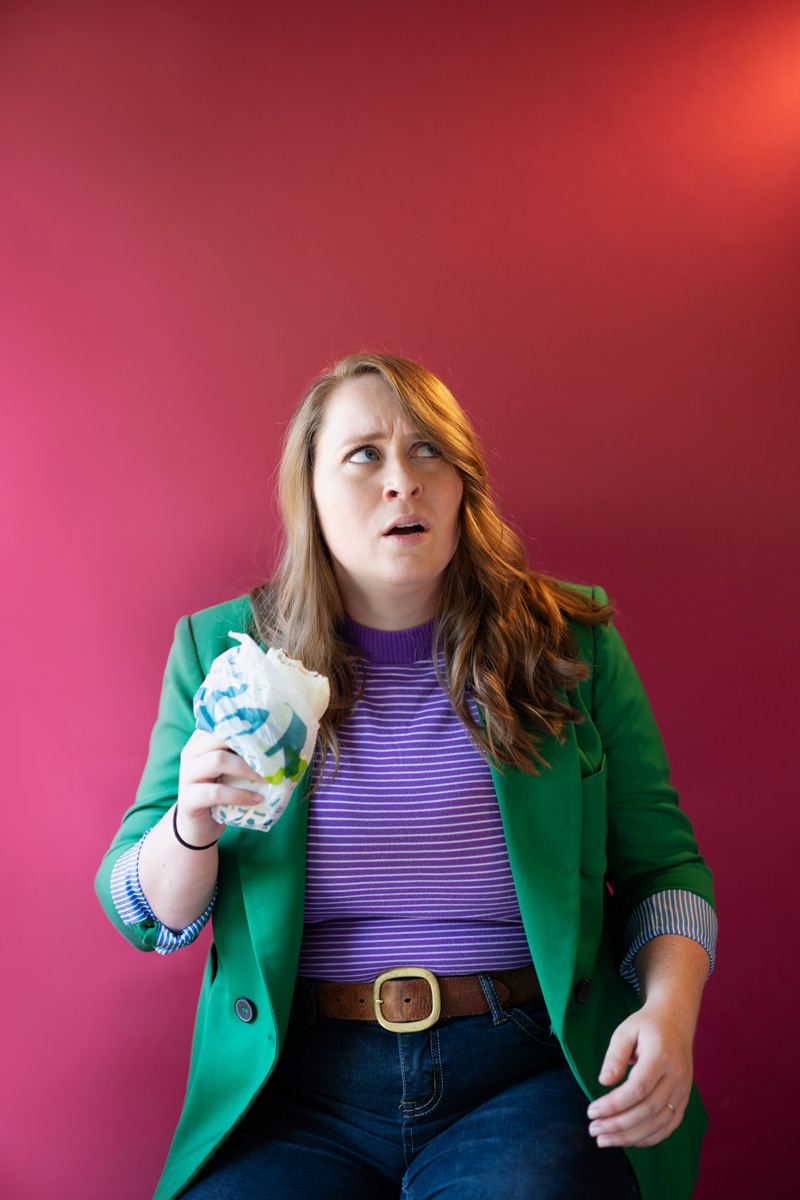 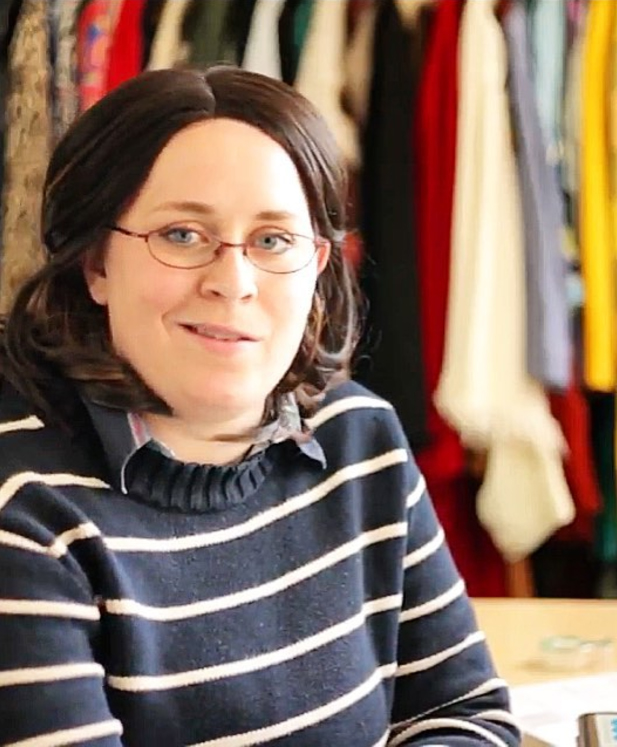