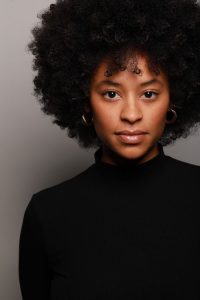 Today we’d like to introduce you to Nicole Arnold.

So, before we jump into specific questions about the business, why don’t you give us some details about you and your story.
I was born and raised in California. I am one of six children and the oldest of four girls. Growing up in my household was a whirlwind of experiences. Though I didn’t understand it at the time, each moment has shaped me into the human being I am today.

So, let’s start from the beginning. I was born on April 25th, 1990. My mother says I was her happiest baby. I don’t remember much from my childhood until I turned five. At age five, my parents threw me a huge birthday party. They blocked off half of the street and there were trains, clowns, horses, cotton machines, you name it. To day it’s still one of the happiest moments of my life. That day I felt like a princess. I felt worthy. Little did I know my whole world was about to turn upside down. That same year, I had my first heartbreak. It was the first time I saw my father abuse my mother. Seeing someone you love being abused and not being able to do anything about it was crippling. That day I felt a lot of fear. I felt unworthy. It wasn’t long before I started experiencing the abuse myself. By age six love was pain. That same year my parents divorced. My mother left and my brother and I moved with my father to Northern California.

Moving became a lifestyle. From sleeping in cars to motels to hotels, to a house, to another house, and then back to LA. I went to 5 different elementary schools within a five years span. Friendships became short-lived, making it hard for me to form connections with people as I got older. I became the target of bullies which lasted until 7th grade. It was during this period that I first took an interest in the arts. I took up violin and water coloring, and for a time, they were my solace in the midst of everything I was experiencing. After 7th grade, I decided it was time for a change. I couldn’t do anything about my home life so I opted to shift my experience at school. I wanted to be liked. I wanted to be seen. If my home was going to be my prison, then school would be my stage. I would masquerade under the guise of a smile, acting like everything was okay, and I had no qualms lying to protect the new me and it worked. 8th grade I won best smile. Temporarily, I got what I needed. The love I was desperately seeking. As time went by, home continued to get worse, my father drank more, which led to more mental and spiritual abuse. This was on top of already having to take care of four younger sisters. My school work began to suffer as a result and if I wasn’t going to be giving any freedom after school, I was going to get it during school. I started ditching and my grades suffered even more.

One day a guidance counselor suggested that I take acting class; that it’d be therapeutic, and I did. For the first time in a long time felt a sense of purpose. It was like counseling for me and supported me in opening up about my pain. I still had trouble with my grades and had to take night school my senior year. In the end, I was able to graduate and go to college. I had a plan for my life. At least, so I thought. When I got to school, I was finally free of restriction and I got involved with the wrong crowds. Still seeking love, I prioritized relationships Instead of focusing on my studies. My life became overrun with bad relationships, decisions, and one traumatic experience after the other. My breaking point was when I was raped by a friend’s cousin. Which eventually lead to my crying in a broke down car in ‪Silver Lake‬.

Enough was enough. I was tired of pretending and I took the steps to become apart of a spiritual community. My acting career started to flourish but it was still attached to the false identity that I had maintained for so long. It was during this time that I met my twin flame and after that there was no going back. I was forced to let down all of the walls I had kept for so long. I delved into coaching and spiritual practices like meditation, reiki, and clairvoyance healing. The more I healed the more I realized how deep my wounds really were. However, my wounds brought me closer to light language, something I didn’t consciously realize I did, but it was something I was doing from a young age. Light Language is a multi-dimensional language that is known by all on a soul level. My life, my creative pursuits, and my healing through the spiritual realm were stepping stones to creating my business Moment II Moment. Moment II Moment is where creativity and spirituality meet. It’s not just a space for expression, it’s a space where beings can come together and be vulnerable, raw, and authentically themselves. Allowing one’s soul to step into their full potentiality. Moment II Moment, endeavors to inspire beings individually to honor one’s soul purpose and collectively to elevate the conscious network. It’s more than just a business, it’s a movement, and I plan on spreading it across the world.

We’re always bombarded by how great it is to pursue your passion, etc – but we’ve spoken with enough people to know that it’s not always easy. Overall, would you say things have been easy for you?
The path I chose has been very challenging, but those challenges have shaped me in ways words can’t explain. The challenges I experienced have made me focus on the self that lies within my true self, challenging me physically, emotionally, mentally, and spiritually. The neglect, the abuse, the abandonment have all lead me to this moment. My purpose. Instead of letting my trauma define me, I allowed it to teach me unconditional love and how to embrace the lessons I’ve learned. I know there will still be challenges ahead, but it’s like they say, “The greater the challenge, the sweeter the reward.”

So, as you know, we’re impressed with MomentIIMoment – tell our readers more, for example what you’re most proud of and what sets you apart from others.
I’ve been acting professionally for the last six years and have seen success commercially. I’ve recently rebranded myself and I’m shifting into TV and Film. My journey with Light Language began 11 years ago, however, I didn’t start sharing it until last year. Around the same time, I started my up and coming business, Moment II Moment, which will be launching on my birthday (April 25th) this year. Since Light Language has been a huge part of my life and healing process, I want to help others through it. I’ll be offering one on one light language and sound bowl sessions through Moment II Moment. Light Language accompanied with sound bowls open up and clear out energy blockages that don’t serve you. At Moment II Moment, we believe the journey to one’s soul purpose is founded in, but not limited to, healing, deeper connection, and the freedom to be our truest expression, both creatively and spiritually. What sets Moment II Moment apart from the rest, is our belief that creativity and spirituality are synonymous, and in dissolving separatist beliefs, one can expand in this wholeness. Moment II Moment, will facilitate events, hold classes, and offer one on one sessions. I believe its greatest attribute is that it will not be set up in a hierarchical structure. Everyone is equally seen and valued.

So, what’s next? Any big plans?
My plans are to continue to grow within my creative and spiritual endeavors and expand Moment II Moment worldwide. 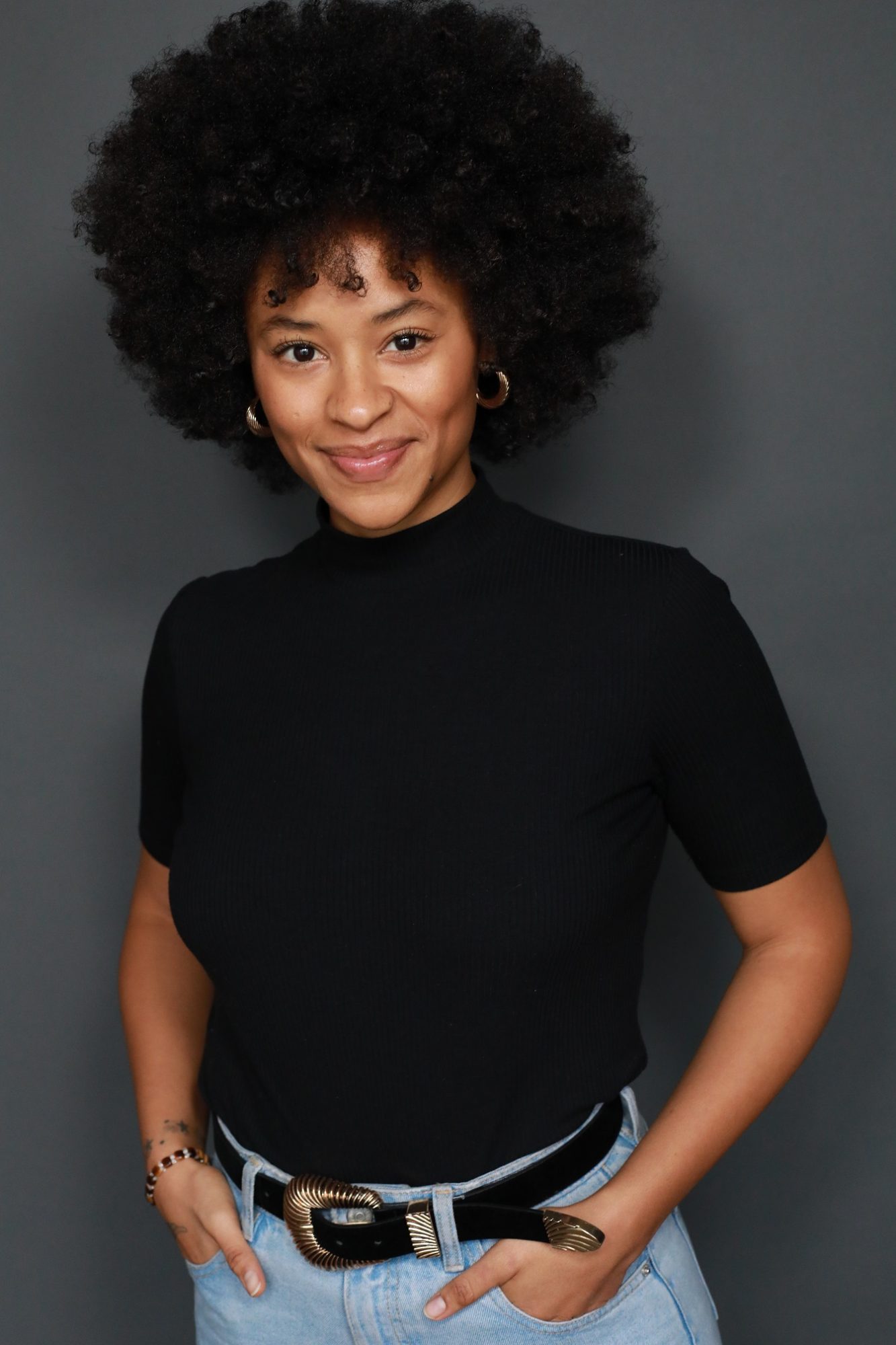 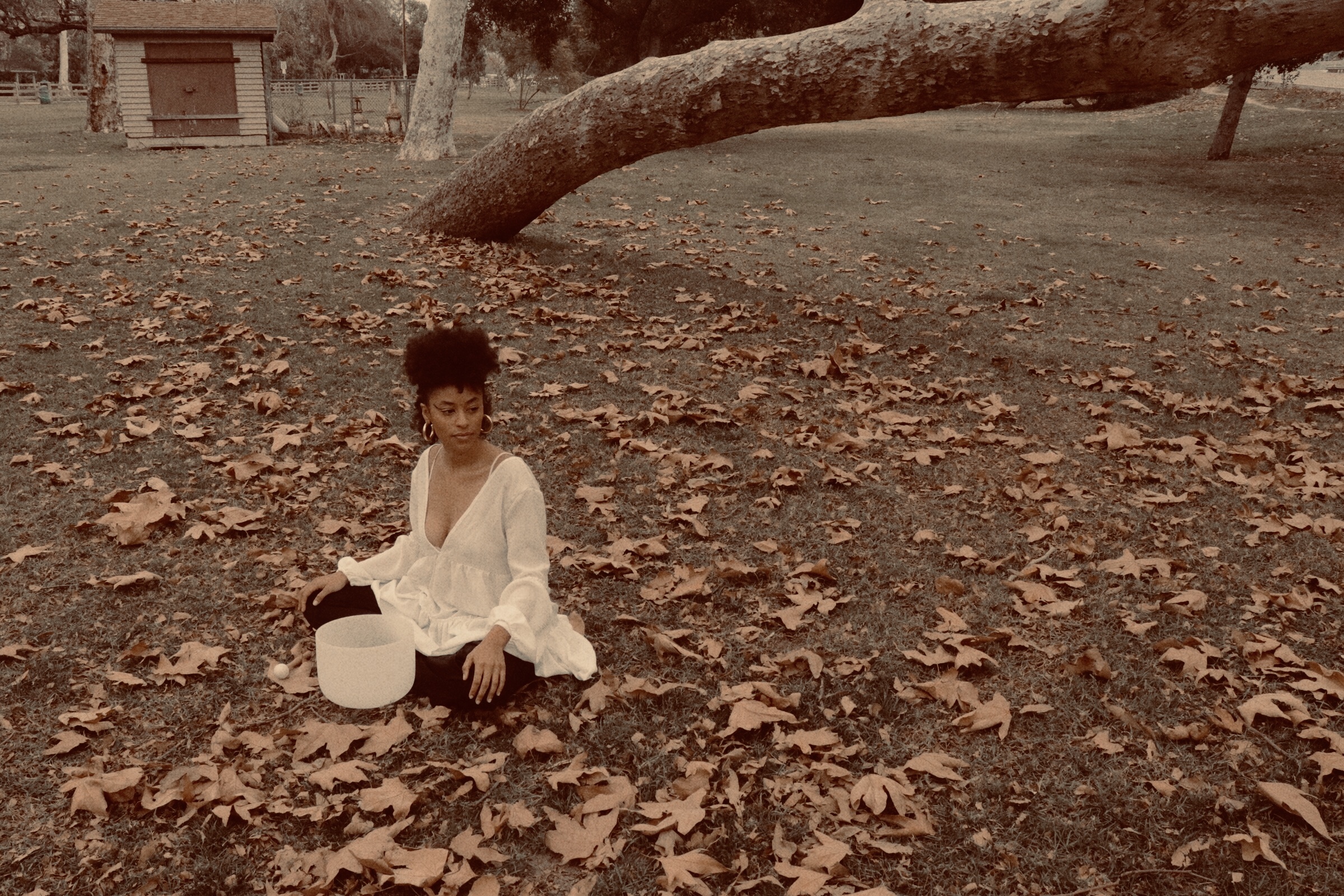 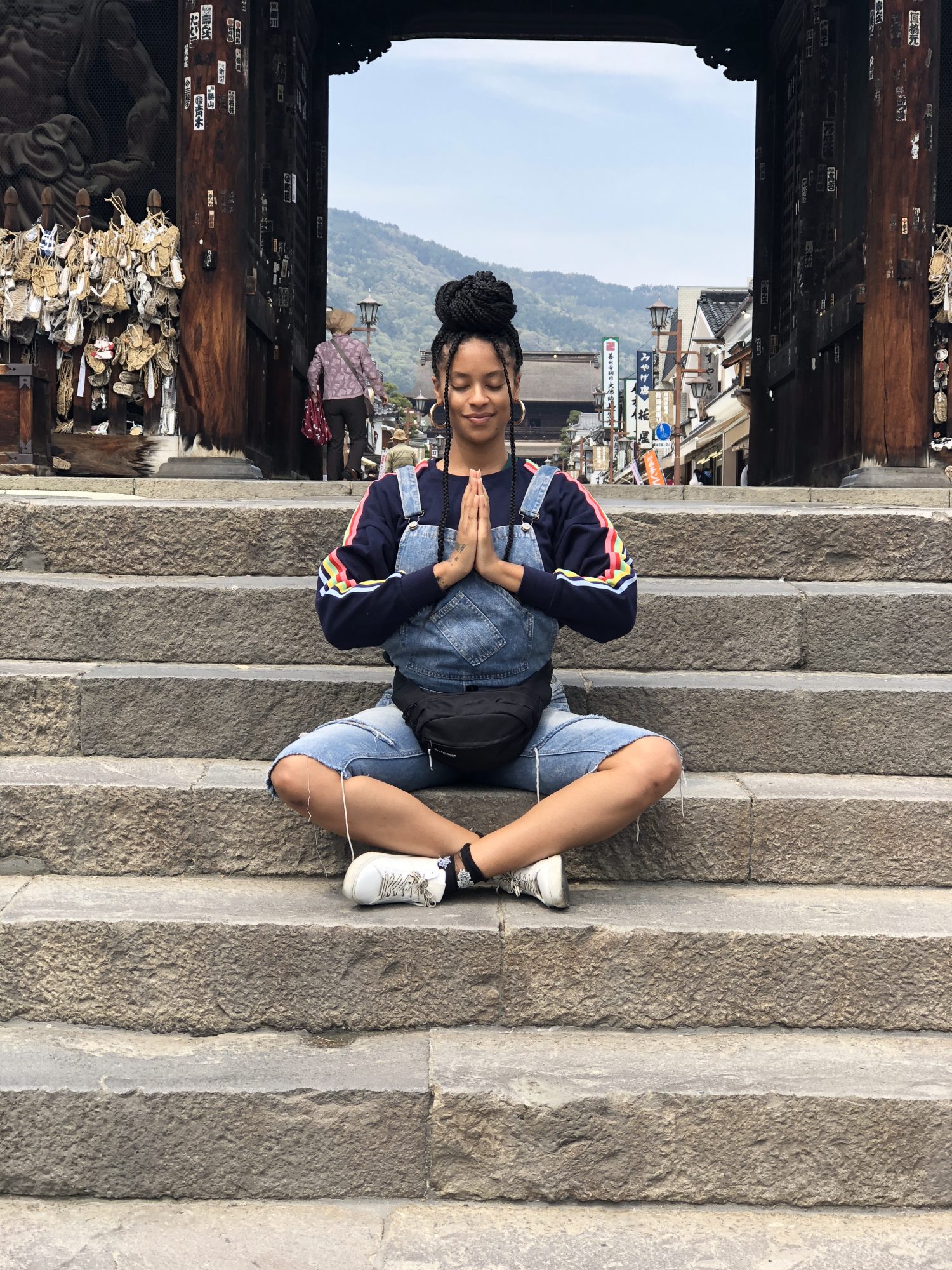 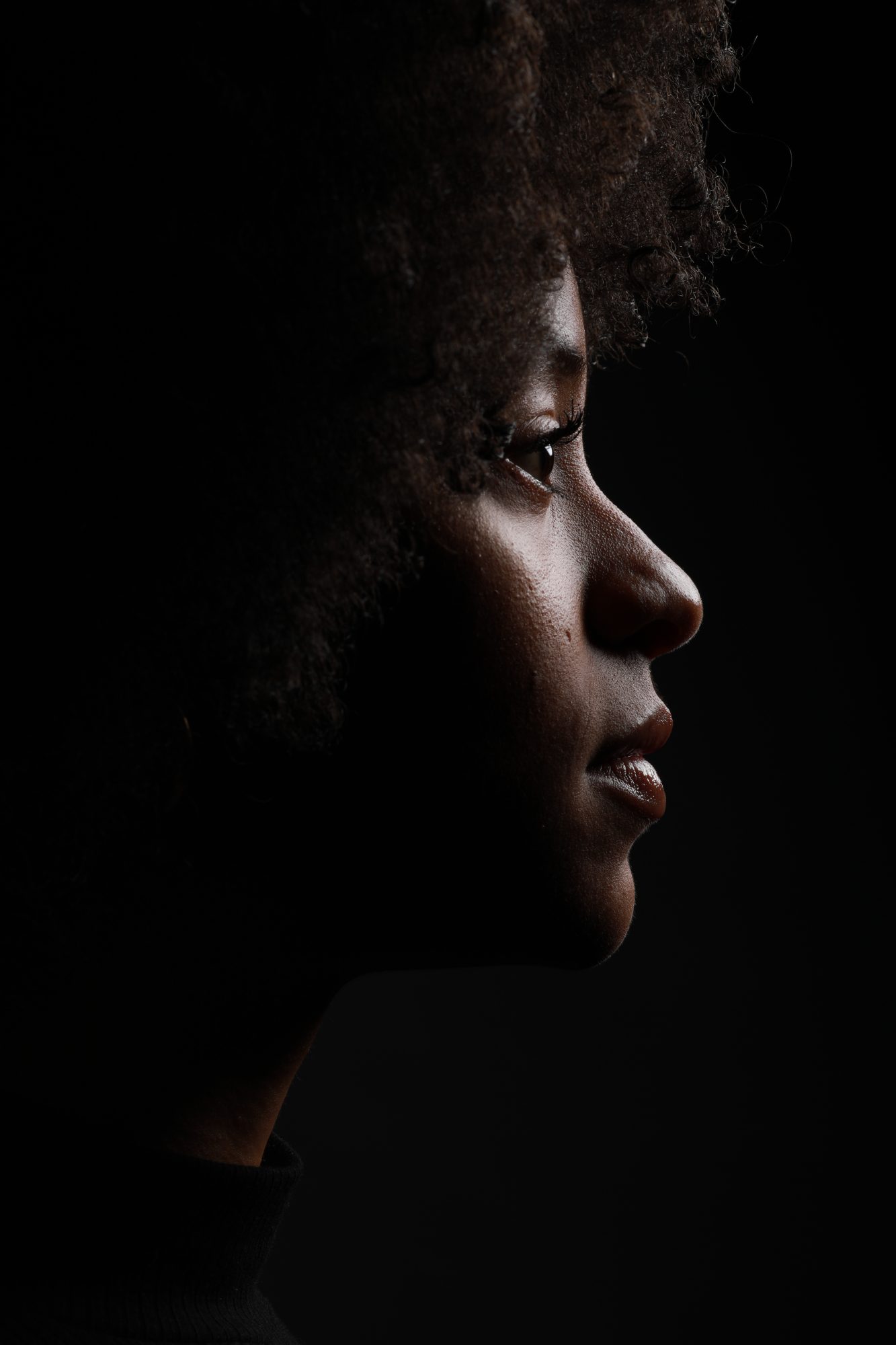 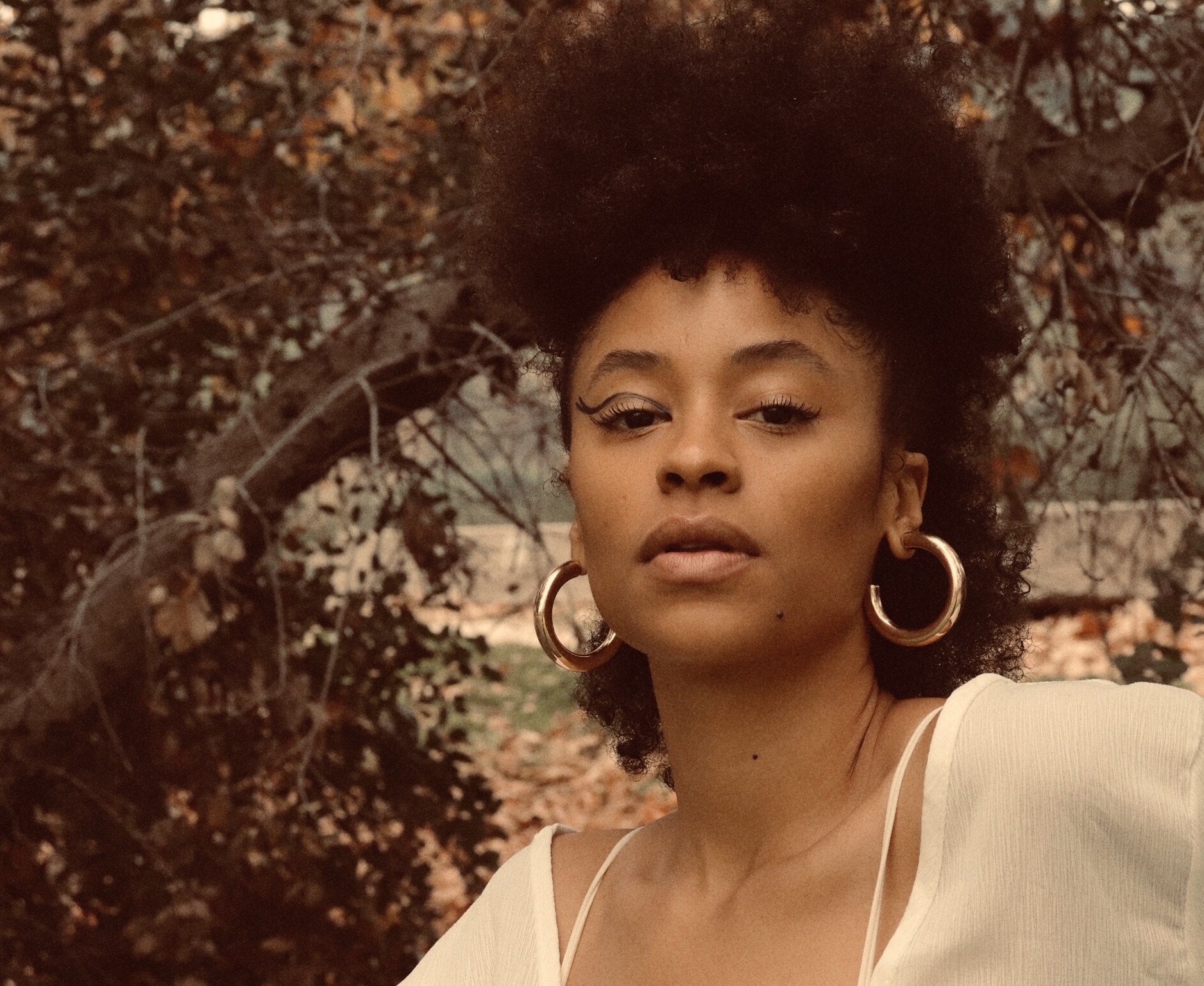