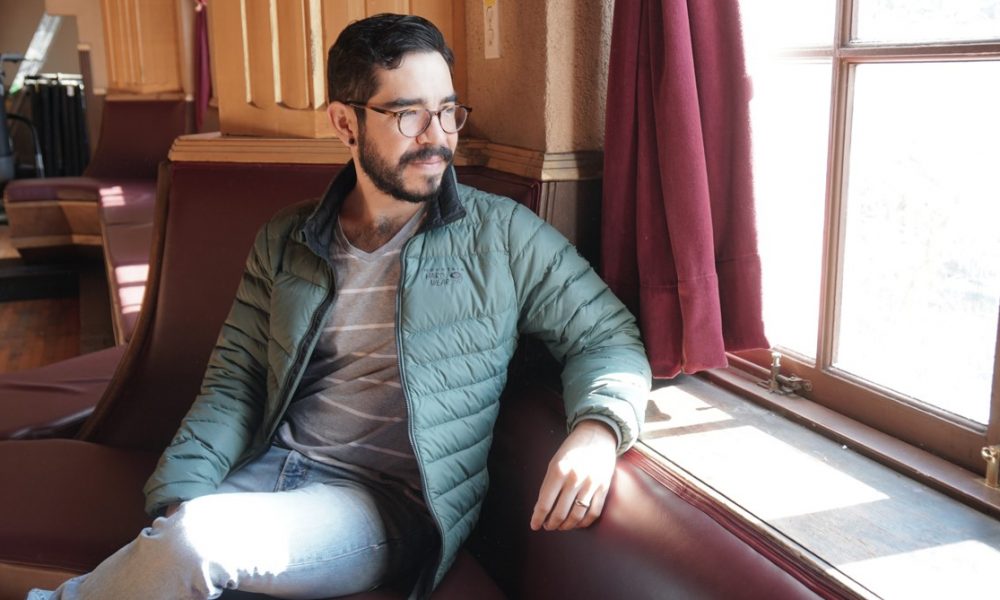 Today we’d like to introduce you to Nicolas Lell Benavides.

So, before we jump into specific questions, why don’t you give us some details about you and your story.
I’m primarily a composer of concert music, but I have a pretty non-classical background. I come from a very musical family, though not in the traditional classical sense. My family, being from New Mexico, taught me traditional corridos and rancheras. I even spent time through college playing and singing in jazz ensembles and combos, wind bands, a variety of progressive rock bands, musicals, opera companies, touring funk groups, and pick up projects. That being said, I was never exposed to classical music. I couldn’t tell the difference between Mozart and Beethoven when I was 18. I became interested in the concert music world when, just before graduating high school, I attended an Albuquerque Youth Symphony concert where they played Stravinsky’s Firebird Suite.

I remember being captivated and I couldn’t stop thinking about it. I became obsessed with the recording and branched out from there, electing to minor in music when I got to college. The more I studied, the more I realized there was this whole world I didn’t know about. My appetite for music suddenly doubled: I wanted to keep learning about jazz and popular styles, but I also couldn’t stop listening to composers in this previously unknown world. I didn’t want to choose, and in many ways, I still refuse to. I write opera, chamber music, film scores, and even lead sheets for pop songs from time to time. I went on to write and teach for a number of years and get my master’s degree, but after some time out of school I decided to finally move to LA to pursue a doctorate while I am still active as a freelance composer.

Overall, has it been relatively smooth? If not, what were some of the struggles along the way?
There are so many obstacles for any artist in any medium, it’s often the small institutionalized obstacles that add up and force people out and it’s rarely a singular experience or obstacle that needs overcoming. I’ve taught for a number of years and I often remind my students of the importance of finding worth by your own standards and not measuring your artistic output against somebody else’s standards. My biggest obstacle has been my own ignorance about the artists in my field but also the way the field even works. Growing up in New Mexico I didn’t have many friends that played in orchestras or chamber groups and though in retrospect I certainly knew a few it was simply something that none of those friends treated as cool or worthwhile attending. My parents gave me every advantage they could, but they couldn’t give me what they themselves didn’t know.

For this reason, when I teach, I never judge students for not knowing something so long as they are eager to learn. I had no idea I would love a string quartet so much when I was a kid because I had never heard one. Educational outreach programs are so important because there will always be that one kid like me who is hearing or seeing something for the first time and, even when other kids aren’t paying attention, they are thinking to themselves: “I want this.” I’m in a constant state of catching up, but I love the journey. The biggest shock for me was learning about the politics and institutions of this largely wealthy, upper class art form. It’s important to find mentors who can guide one’s artistry, but it’s also important to be shown ways of fitting into institutions when one need to and, more importantly, bravely sticking out when it’s advantageous.

We’d love to hear more about your work and what you are currently focused on. What else should we know?
I write music that tells a story. Lately my music has focused on my own story as a Nuevomejicano living in California. I was trained in traditionally classical institutions, and as I grew older, I realized there weren’t many role models that culturally connected with me. Like many of my colleagues in school I adored the composers we studied. For me, especially, they felt really fresh and new. I was having fun, but I also felt a little like a tourist. Like the trope of an 18 years old backpacking through Europe I was struck by the beauty and complexity of classical music and picked up enough of this “foreign language” to get into trouble, but ultimately I settled into the knowledge that there had to be a homecoming aspect to my art. Lately, my music has focused on principally Latinx protagonists telling contemporary American stories.

I was recently commissioned by the Washington National Opera to write a one act comedy, Pepito, that follows a couple on a quest to adopt a dog to save their marriage, only to discover the wife (Camila) and dog (Pepito) share a cultural connection that the husband (David) doesn’t quite understand or respect. It was premiered at The Kennedy Center and a recording will be coming out soon. It’s a comedy, but the deeper issue is a feeling of homesickness and wanting respect. I’m also writing an opera called Gilberto that follows a young Pachuco man in 1950’s Oakland who teaches mambo dance lessons, only to be drafted into the Korean War. I recently workshopped this piece at The Glimmerglass Festival, where I was their first composer in residence. I’ve written a string quartet for Friction Quartet called El Correcaminos that explores the symbol of the roadrunner in New Mexico, and a chamber work for Left Coast Chamber Ensemble called Rinconcito that is an imagined conversation with my recently passed grandfather. Not all my music explores my New Mexican roots, but I’ve found writing music like this helps deepen my other pieces that have nothing to do with New Mexico.

Any shoutouts? Who else deserves credit in this story – who has played a meaningful role?
One amazing thing about getting older is teaching your parents about new things. Ever since I became interested in this world (after I left the house no less) they have jumped in with both feet and have started going to chamber concerts, orchestra concerts, and opera performances. They couldn’t directly prepare me for a conservatory, but they sure as hell make me feel like I’m doing something of great value. I’m still in contact with a lot of mentors, but to name a few: my professors at Santa Clara University where I was introduced to the concept of concert music, my community in San Francisco (starting with composer Kurt Rohde who was the first to believe in me and guide me when I moved) through the San Francisco Conservatory of Music (studying with David Conte) where I learned to really craft my skills as a composer, and now the University of Southern California (studying with Donald Crockett and Andrew Norman) where I’m getting my doctorate and trusted to teach classes and elevate my abilities.

Composers love doing what we do, but we need people to commission (pay) us to spend the time focusing that is necessary to make substantial art. I’m especially grateful to ensembles, organizations, and performers like The Washington National Opera, The Glimmerglass Festival, Left Coast Chamber Ensemble, Friction Quartet, Nomad Session, Elevate Ensemble, and countless other colleagues who have trusted me to write something that they want to play. There are composers and ensembles outside of the traditional cadre of institutions who have also helped me along like Gabriela Lena Frank, Jake Heggie, Gene Scheer, and Eighth Blackbird (w/Nico Muhly and Jennifer Higdon) who have given me space to grow and advised me when I was facing a big decision. I’ve started to return the favor and emulate the ways they’ve mentored me when it comes to my own students. In short: it takes a village, and I’m lucky to have found mine. 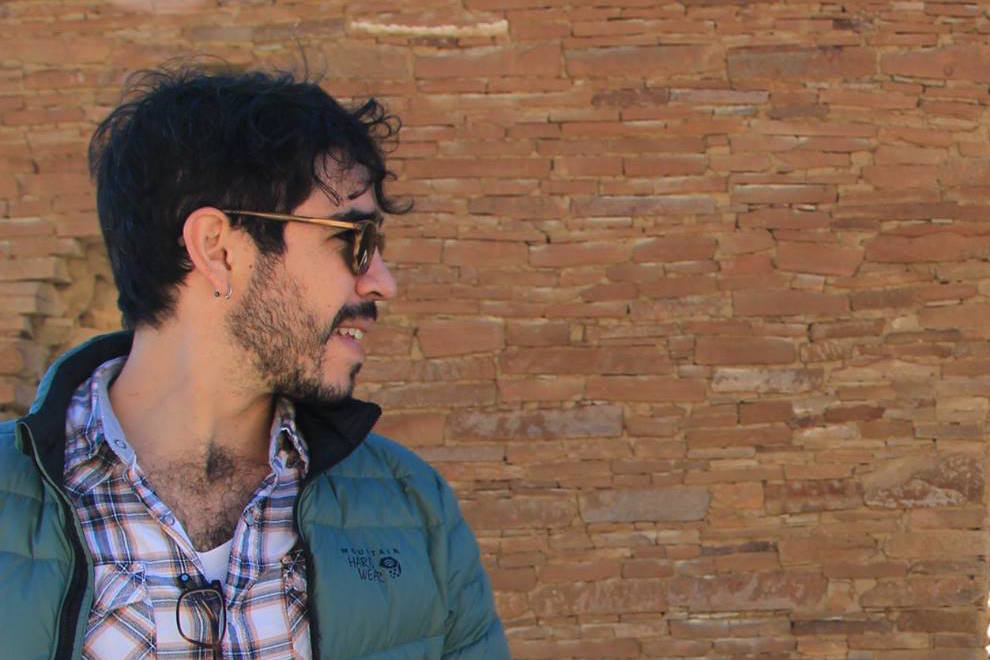 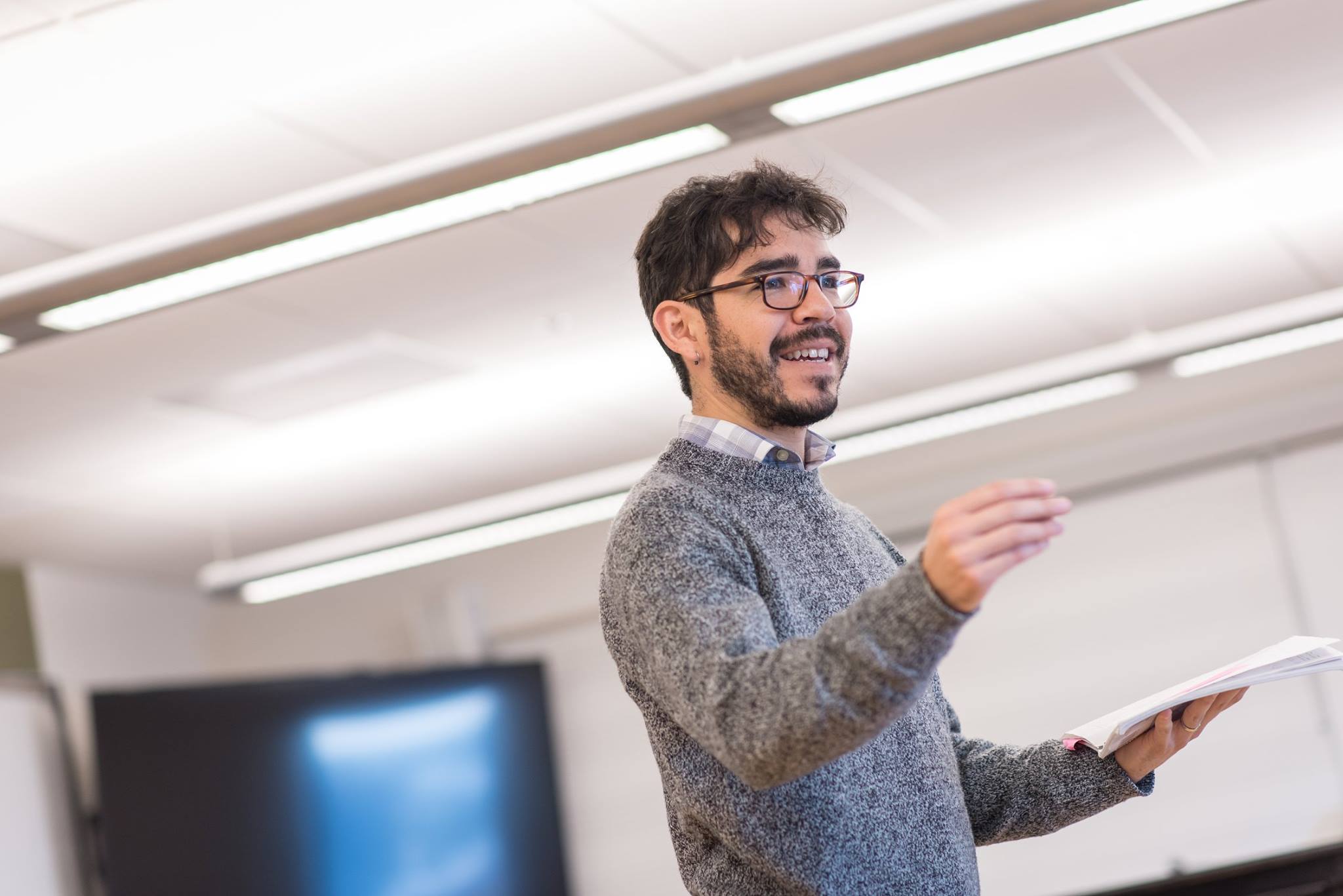 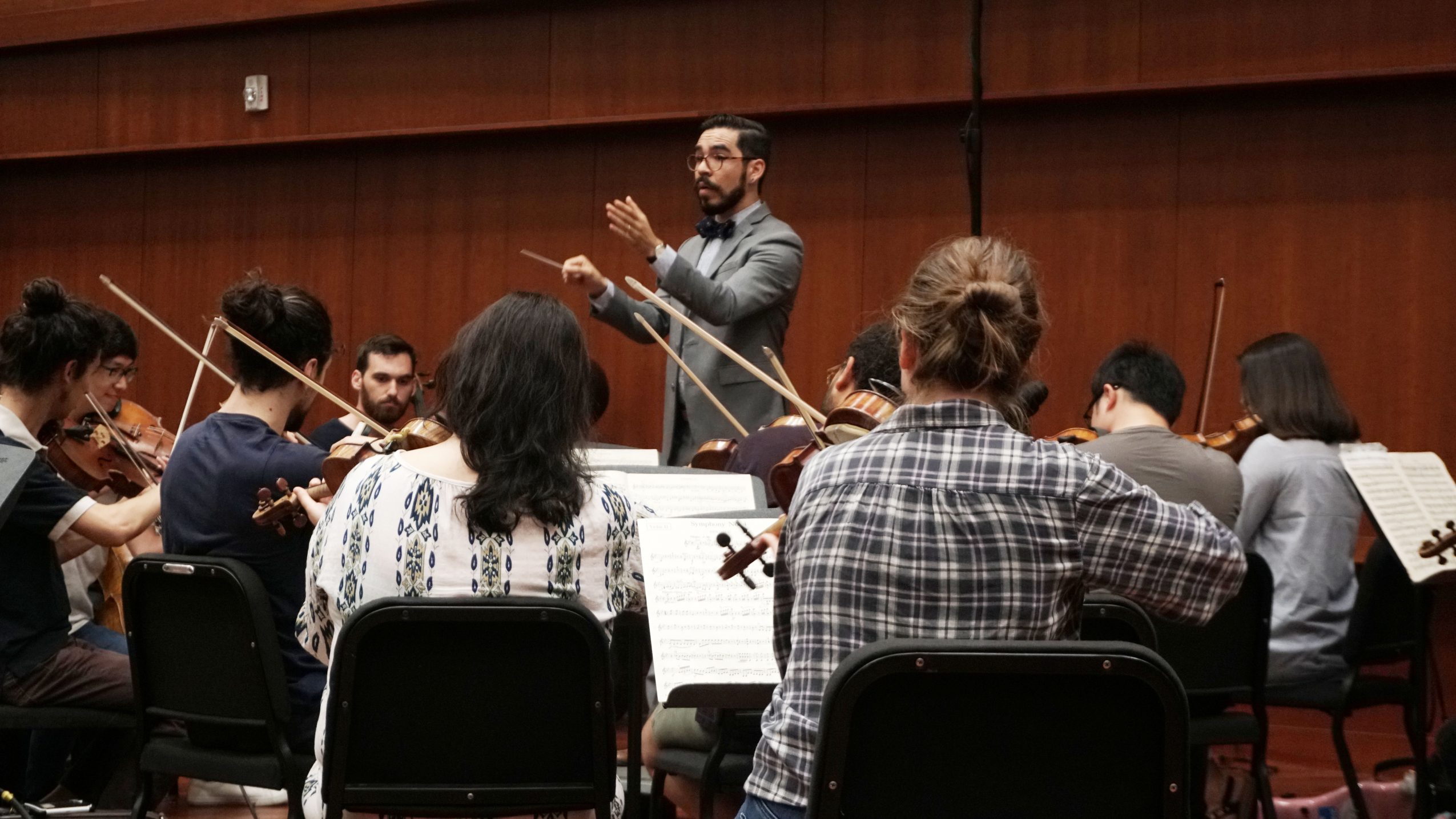 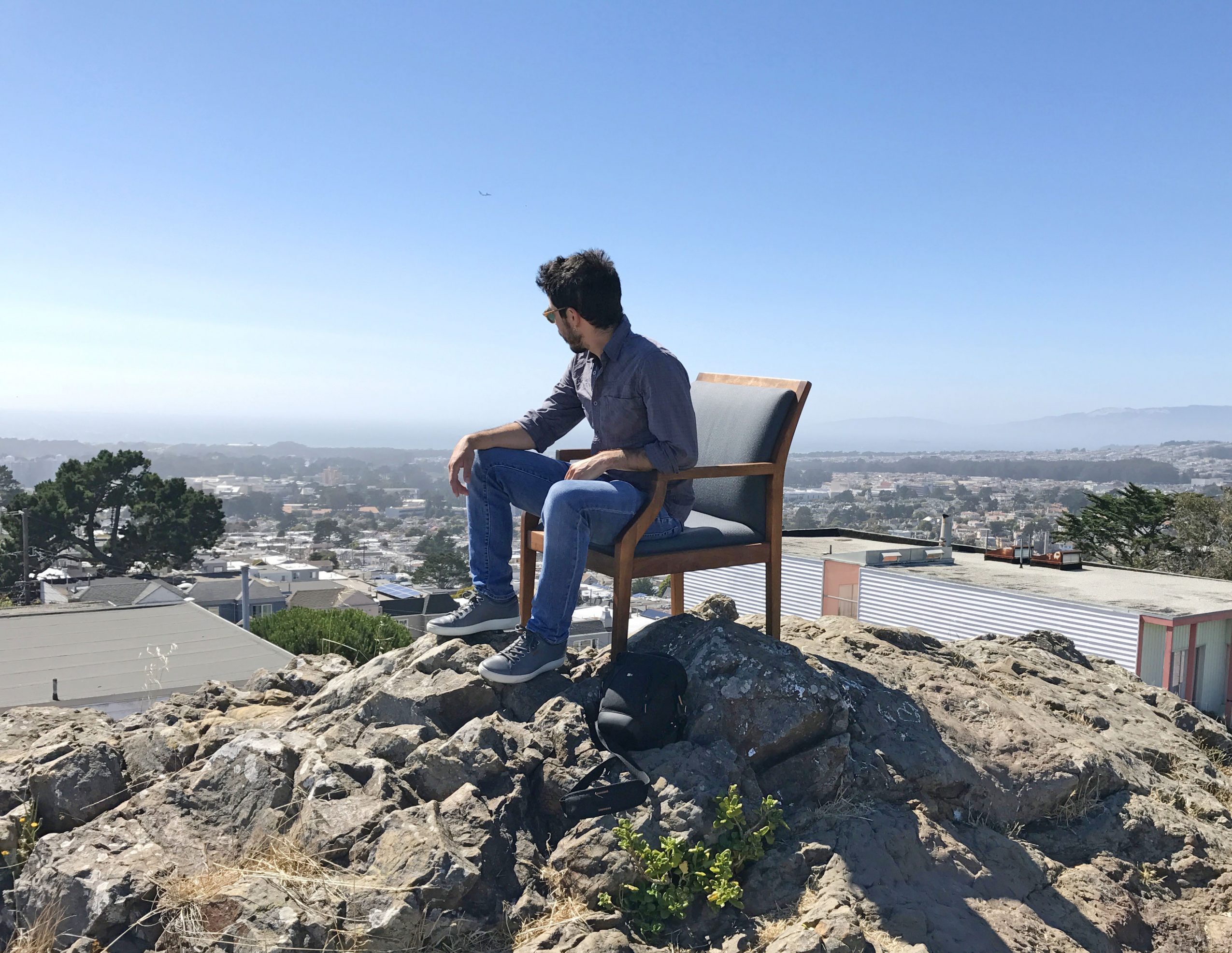 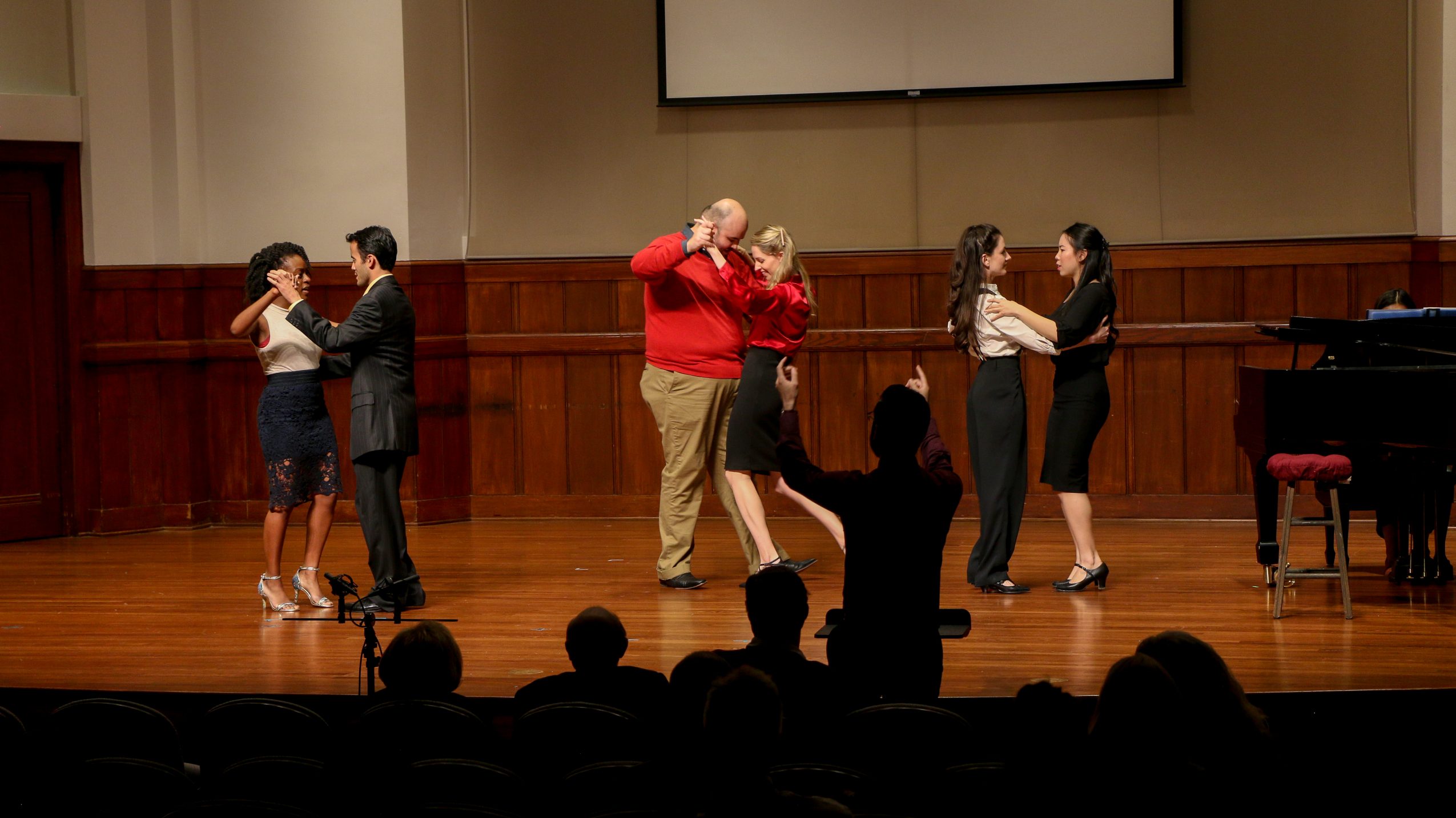