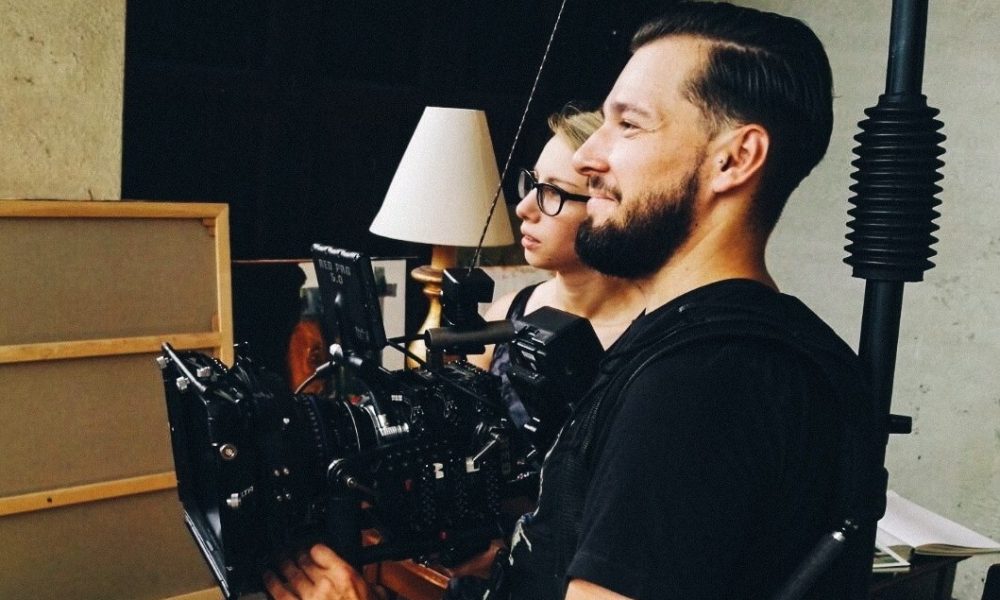 Today we’d like to introduce you to Nicola De Prato.

Hi Nicola, so excited to have you with us today. What can you tell us about your story?
It all began when I received my first video camera as a gift for my First Communion. Probably my luck was the chance to live in very different countries compared to Italy, including Pakistan, India, and China following the job of my father. Living in realities so far away from Italy and documenting it with my Sony 8mm initially seemed almost like a game but growing up, I realized how important it is to show places and tell stories of people in order to engage the viewer and transmit emotions. Obviously, as a child, I never thought that this passion could turn into a profession.

After graduating from high school in Italy, I started shooting music videos. The budgets were very low but working with little allowed me to gain a good level of knowledge in all the different sectors of filmmaking. There wasn’t much pressure back then and every project was surrounded by friends or acquaintances eager to have a cool-looking music video and upload it to YouTube. Probably the real turning point in terms of visibility I got it when I filmed the music video “Ferragosto” by Doro Gjat, shot between Italy and Paris that tells the story of a girl torn between her life in the French capital and the memories of his old life in Italy. The video was also selected to participate in the Italian MTV New Generation section.

After many music videos, small documentaries, short films, and commercials, I felt the need to focus my career just on cinematography. During that period, I also had the most important meeting of my life. I had the privilege to collaborate with Dante Spinotti, an Italian cinematographer who works in Hollywood and he’s one of the greatest masters of crafting images. He encouraged me to specialize in the art of composing images becoming my mentor and a point of reference I aspire to become.

In 2017 I moved to Los Angeles and after the course at UCLA Extension focused specifically on cinematography, I had the opportunity to take care of the visuals of different projects by directors from all over the world.

Los Angeles is an extraordinary city full of talents with multiple backgrounds, willing to tell their story in their own style. I’m here to “help” them craft their imagination into images.

We all face challenges, but looking back would you describe it as a relatively smooth road?
No, it hasn’t always been a smooth road. There have been many struggles along the way to get to where I am now and there will be many more in the future that awaits me. But I think it’s part of the game. A career made only of highs is not good for you, on the contrary, I believe that in the most difficult moments, you are more capable of making fundamental choices in order not to fail. Growing professionally (and in life too) involves breaking down barriers, striving to find the right key to solving the riddle, fighting one’s internal conflicts and creative blocks, trying to see beyond, and never giving up. I think it’s all about determination and perseverance.

Appreciate you sharing that. What else should we know about what you do?
What I try to focus on most as a cinematographer is a connection with the story. When I read a script, I try to find the emotions of the characters to understand the historical context, the shapes, and the color palettes. All my lighting style, camera framing, movement, and camera behavior come from them. From there, and with the director’s vision, I try to craft the world. In the beginning, there isn’t a specific rule to follow though each project is different but when it comes to “emotions” I always start with the question: “What is the message?”. Some stories are closer to me and a connection is created immediately, while others are difficult and need to be deepened by documenting me from different sources. Since this is a job made by people, each of us has a different sensitivity and this allows us to always interpret a project in a very personal way. There will never be identical projects because they are always filtered by people with different personalities and backgrounds. In this profession, I believe it is not enough to be good at a technical level. A personal culture, experiences, research, studies, choices, and personality help a lot to see the world (and transform it into images) in a unique, different way.

I also love to shoot extremely stylized projects, where the imagination is not necessarily linked to the contemporary but can draw on experience or history in the decades we have dreamed of living in or we feel inspired by those who have been able to capture them. Forever imprinted by a camera, a pen, or a brush.

Where we are in life is often partly because of others. Who/what else deserves credit for how your story turned out?
Every single artist I have worked with has helped me shape who I am as a DP. You always try to inspire and be inspired in a whirlwind focused on creating something unique.