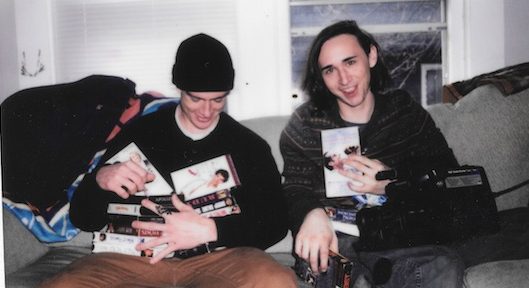 Thanks for sharing your story with us Booty&theKidd. So, let’s start at the beginning and we can move on from there.
The band Booty&theKidd is all about the lifelong friendship of Tyler “Booty” Butts & Nick “theKidd” Reinmann. We grew up down the street from each other in a small town on the west side of Cleveland. We were outcasts, misfits, losers if you will, but we used our friendship to overcome that. If we weren’t invited to the party, then we were going to make our own. We’d ditch school, smoke weed, go to concerts, and were always showing each other new music. We were super into artists like Kid Cudi, OutKast, The XX, King Krule, and Kings of Leon. We branched outside of our little town and found something bigger. It was more than just having fun & learning how to not give a fuck. Together, we helped each other deal with depression, loneliness, unexpected death, addiction, ‘life, love, stress, & setbacks’. Making music came naturally because we had something to say.

After high school, we went our own ways for a while. We continued to make music remotely with the help of the internet, but nothing could keep us apart. We ended up reconvening in the more open-minded city of Columbus, Ohio with a hunger to take this bedroom sound to stages. Columbus is crazy. With the cheap rent, lively jazz scene, and legendary record shops, we found ourselves inspired. There’s really no place like it. You can see jazz seven nights a week for cheap, and there are always house parties, DIY shows, and people big chillin. We scoured the scene and found our own crew of misfit jazzy boys to do our thang. The band we put together works so well because everyone in it has a history with each other. Our drummer partied with our keyboardists older brother. Our bass player used to be roommates with our guitarist. Everyone has history, and it shows on stage. People love it because it’s real.

As word spread, we went from playing our friend’s living rooms at midnight to selling out shows at some of the bigger venues in town. We got to work with local legends like Parker Louis, George Barrie, Doc Robinson, & Caamp. Although we were having a ball, we felt like it was time to move forward – so we started looking West. Everything we did, we did independently, and as we grew we realized that we really wanted guidance. We didn’t want to always book our own tours, and aside from Coalmine Records, there’s not many labels based out of Ohio signing bands like us. We also wanted to work in movies, and since the move, we’ve had some luck with sync deals and getting our feet wet scoring movies.

Moving to LA wasn’t just a professional decision. Some Ohio folk stay for good, and others leave to see the world and show it what’s up.

We’re always bombarded by how great it is to pursue your passion, etc – but we’ve spoken with enough people to know that it’s not always easy. Overall, would you say things have been easy for you?
Nothing worth doing is easy. It’s been a struggle every step of the way, but we learn from our mistakes. I’d say the biggest struggle was booking and executing our own tour. In the process, we screwed up the release schedule of our sister projects Florestan & Eusebius. We learned that we can’t just hustle our way through everything, and if we want to do this right, we’ve got to grow our team and take our time.

Can you give our readers some background on your music?
Booty&theKidd is mostly a band, but we also operate as a publishing company and are planning some dope releases from individuals in the band, as well as a couple of close friends that we made music with. We’re known for our progressive jazzy sound, and putting on one hell of a show. We’re most proud of the community that we’ve built around the band. Listening to us doesn’t just mean you like our music, it means that you are searching for something real.

What were you like growing up?
Both of us were in our own lane as children. We spent a lot of time alone, listening to music, playing video games – however, we could escape. We started finding ourselves once we found each other because we realized that amongst our differences, we valued our similarities that landed us on the outskirts of the childhood social circles. 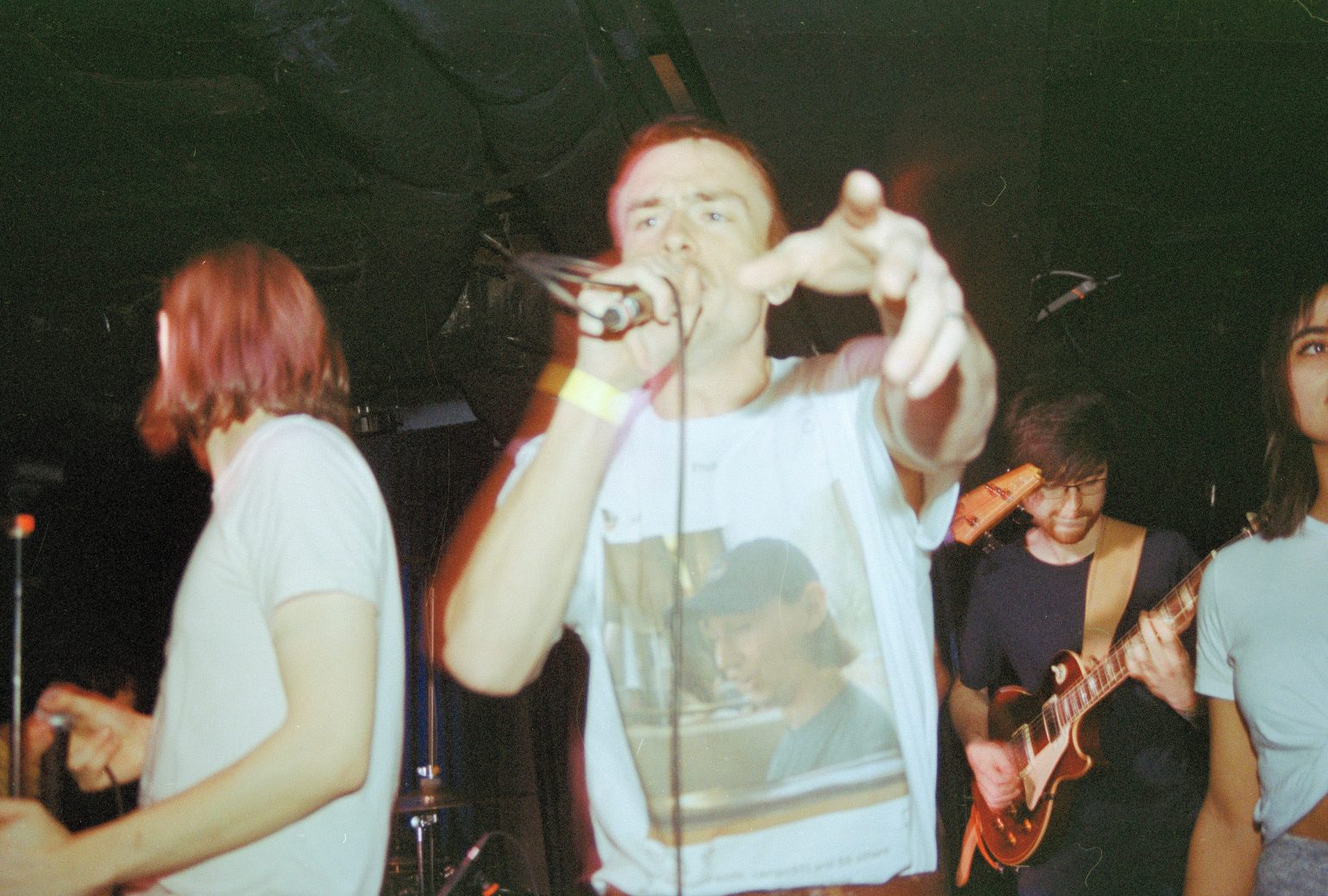 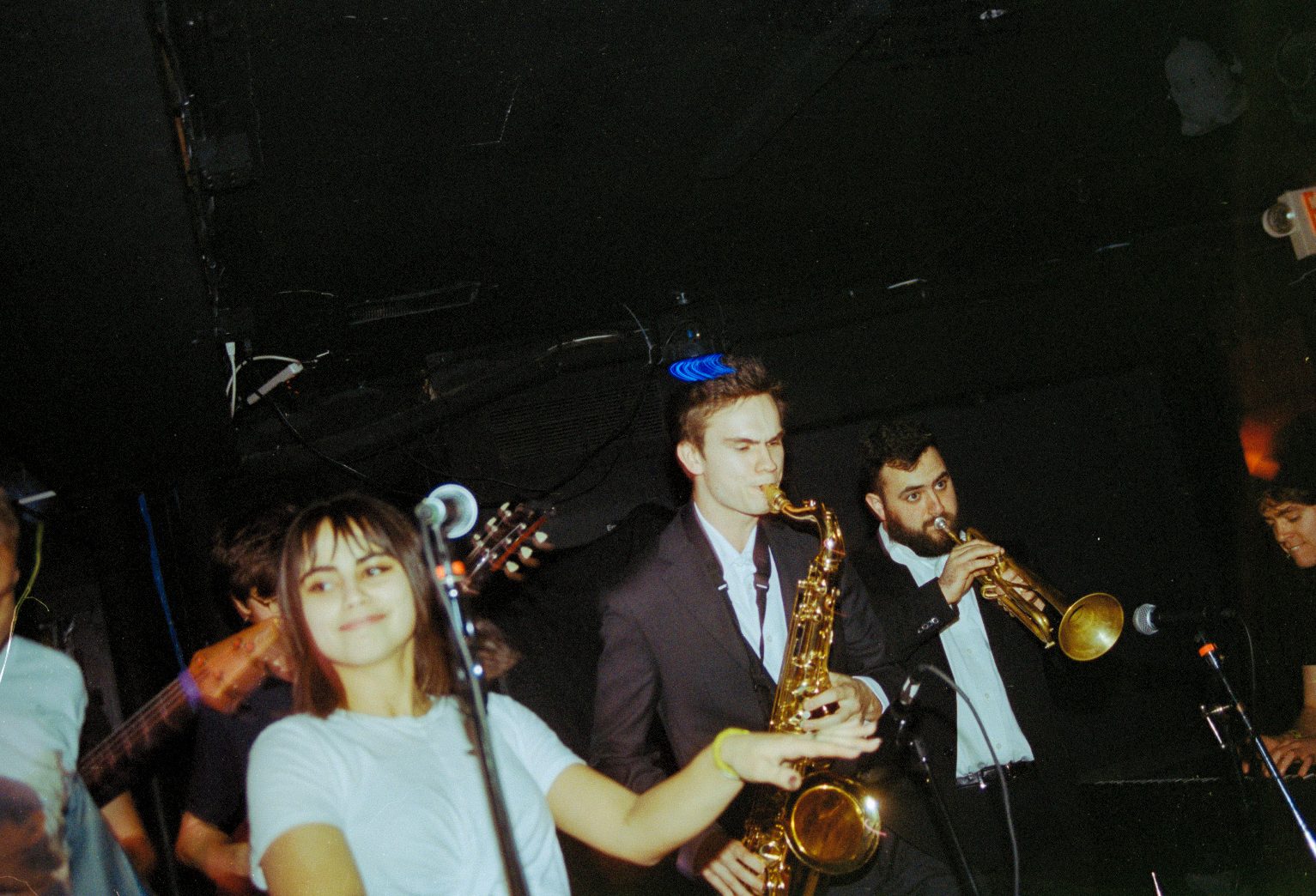 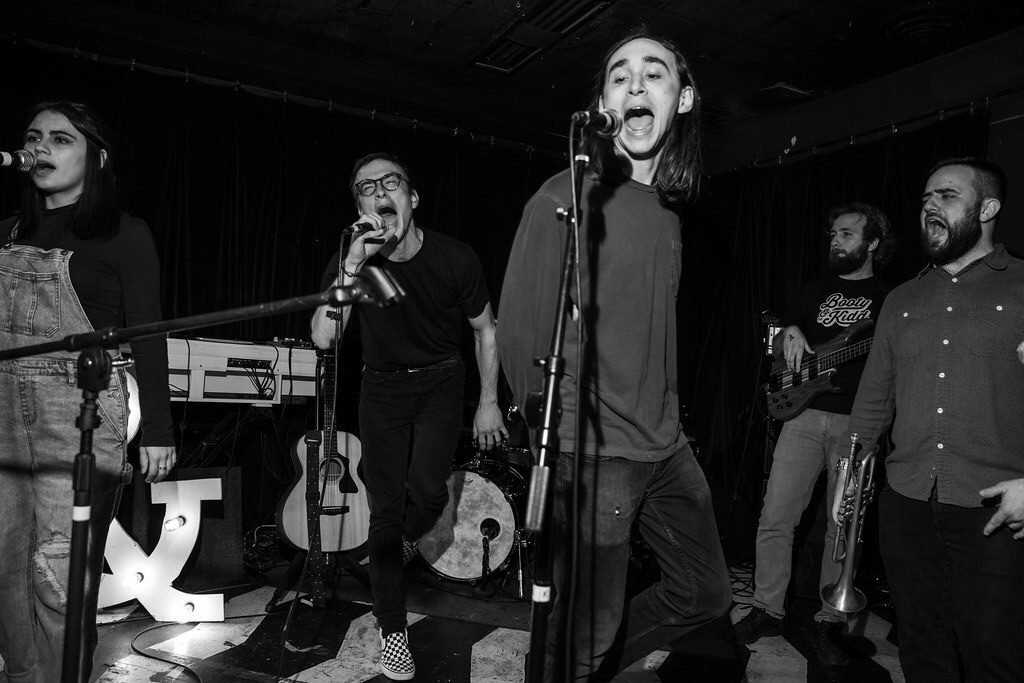 Image Credit:
The polaroid picture is from Abbie Davies. The rest were taking by Forrest Roberts.