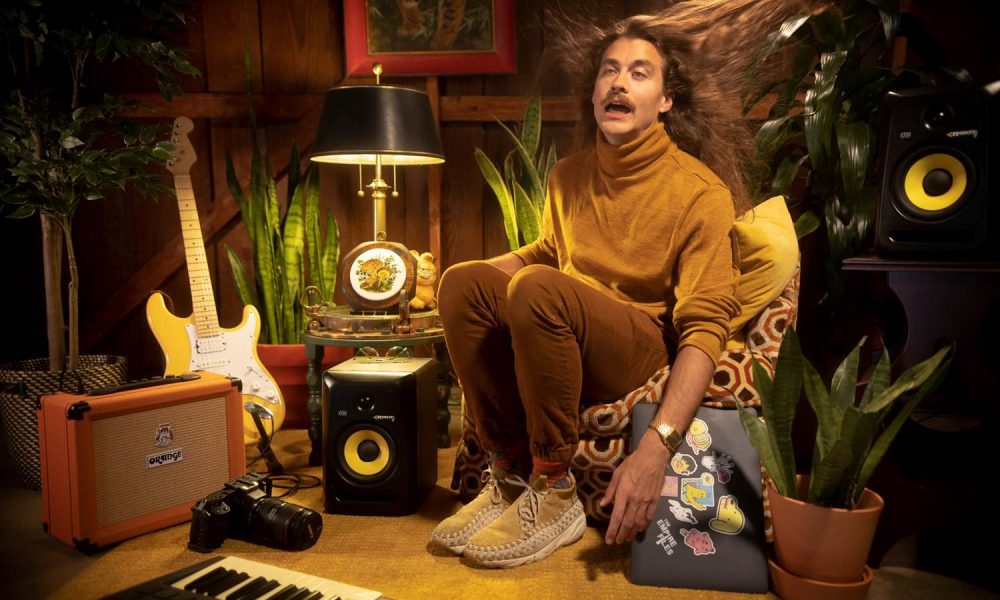 Today we’d like to introduce you to Nick Lennon.

Nick, before we jump into specific questions about your work, why don’t you give us some details about you and your story.
I took up drawing at a young age. I was constantly doodling with my parents and twin brother, playing that game where each person draws something, then the next person builds on top of the last drawing and so on until you end up with some beautiful monstrosity with wings, fangs, and tentacles going every which way. I drew a lot of tentacle monsters back then, even before I knew they were popular. Though, I should’ve been drawing feet, I hear that’s the big craze these days. Haaaa… The game’s fun. And I still play it with friends to this day.

I was about seven or eight and my family and I were visiting my grandparents in Florida. I remember it was a lovely day and we went to the beach, but instead of catching waves I was down the road, drawing cars in my sketchbook, quite away from the ocean. I mean count me out, a vast unknown darkness?! Why is everything so squishy?? Haha, ew grody!! Also, it sucks when you get sand stuck on your eraser. Anyway, I remember I looked at my drawing, and thought that it actually kind of looked like a car and, wowza, that feeling of accomplishment is some kind of high. I said to myself, “Shit, I could do this for the rest of my life.” I probably said heck.

Fast forward, I’m in a middle school art class painting something from Pirates of the Caribbean, having a ball, and I get the same thought, “Shit, I could do this for the rest of my life.” Then again in high school. I’m shooting and editing dumb videos with my friends and you guessed it, wow! Same thought, “Shit. I could do this. For. The rest. Ofmygoddamnlife.” Imagine tossing in that clap emoji every other word. I was really feeling it, mmmkay. I guess I always knew I would do something in the arts, even at a young age when I didn’t know you could make a living doing it. So I’m quite thankful to my parents for teaching me to believe in myself, albeit I do mostly unconsciously, the thought that I’m terrible at what I’m doing tends to be in the forefront of my mind but it can be a bit of a motivator to try and constantly improve upon whatever I’m trying to make. It just takes one sentence of encouragement to keep at it and I’m lucky that I’ve encountered people that did just that. Teachers can make or break someone’s ambition and I’m grateful to have not only been raised by two but also surrounded by great mentors throughout my education. Shouts out Nick Digoia, CJ Julian, YOU KNOW WHO YOU ARE. The best, if you didn’t catch on.

I went to Ringling College of Art + Design with a whole bunch of other young artists doing all kinds of wonderful art!! Soy inspiring. I bounced around every major I could: Illustration, Film, Game Art and Animation, taught myself music on the side, and then finally settled back in film. I’m still kind of surprised I got out there in four years. I met so many amazing artists in and outside of school and I still get to work on projects with a lot of them today, I really cherish that. I learned that I love every medium, each is just a different and fantastic way of communicating. I want to be fluent in it all. Or at least be able to ask where the bathroom is.

I work now as a video editor but I’m really a career hobbyist. Making dumb beats, shooting music videos, painting the occasional painting, and photo shoots galore. I just made a band with one of my best friends called Garagefield, we’re streaming everywhere.

We’re always bombarded by how great it is to pursue your passion, etc – but we’ve spoken with enough people to know that it’s not always easy. Overall, would you say things have been easy for you?
I still feel like I’m still trying to smooth out the road, and even this metaphor, so here we go: After college it felt like that road became a waterslide and the hands of graduation just shoved me down it and I’m trying not to fall off the sides. Thanks for bearing with me. I kind of just went where a job took me. I jumped between editing gigs, production design gigs, PA gigs, got to shoot on occasion, more production design gigs. I’ve also got gobs of luck. It’s helped me meet great friends and colleagues in school which led to me becoming a pro at couch surfing; from Chicago to Memphis, from Memphis to Cincinnati then back to Florida. If I’ve stayed on your couch and you’re reading this, I’m forever thankful. But all that time and even now, though it feels less so every year, has been somewhat of an existential dilemma. What do I do… with my hands? Wait, no, life.

Everyone always says choose one thing and master it. Especially in LA, that pressure is cookin’. But I’d like to counter with, shit I love doing it all? Oops. Why stop at one?? If I love something, I’m going to learn it. I’m probably shooting myself in the foot, I know I know, and I might burn out by the time I’m thirty-five, but goddamn, just the act of creating something gives me so much life, especially when I work on a project with friends, wow. You get that great sense of community and then you can just look at what you made and be like, holy hecc! We made that! Then stare at it for hours until you think its garbage and move on to the next thing, I absolutely love it.

Am I where I want to be in life? Not yet. But where I’m at now is rather wonderful. I’m surrounded by and work with so many talented people, it’s never ending inspiration. Having a network of friends, you can make stuff with is one of the best feelings in the world, you’re all constantly learning from each other. It’s like I’m getting smacked in the face by millions of pretty flowers almost every day, it’s great and smells nice too. I’m just struggling to apply that to the world we live in.

We’d love to hear more about your work.
I specialize in video production, photography, and music production. I’m a jack-of-all trades, so I like to dip my smooth, buttery toes in the many public pools of artistic life.

What were you like growing up?
When I was about twelve years old, I was out to dinner with a huge chunk of my family; cousins, aunts, uncles, great-great-everything’s, etc. The restaurant had paper instead of a tablecloth so why talk to anyone when I can just drawww?? So, I did, all night, just doodling some sick-ass skulls. Shaka. I guess that didn’t go over well with a couple family members when they suggested to my parents I might benefit from some counseling. And to my parent’s credit they both replied with a giant eye-roll. Thanks mom and dad, bless. Not saying we all shouldn’t at some point, it’s 2020, let’s all workout our thinky-muscle, but at the time I was twelve and had just seen Goblet of Fire and Voldemort looked so freakin’ tight, it’d be a crime if I was drawing a sun wearing sunglasses or some shit. Though that would still be fun.

But that was me, just lost in my own head. There’s probably a lot of high school textbooks with pictures I’ve amended, shout out sophomore math class. I pray every day a new student opens their textbook and whispers under their breath, “Why does the Pythagorean theorem end in eight equals, equals, ‘D’ tilde, tilde, tilde?”

I was the quiet art kid. Like, thinking back, probably the too-quiet-art-kid, damn I probably weirded some kids out! How embarrassing. I did some theater set stuff but was too shy to act in anything back then. Played hella Halo and Rockband, fell in love with music and the Pirates of the Caribbean soundtrack. I didn’t have a ton of friends but the ones I did have had hot moms. Some of those friends are still my closest and their moms are still hot. Jk… unless?

Going to art school really helped me show people, and myself, I actually had some semblance of a personality. Everyone else was as weird or weirder than I was! I loved it and made life-long friends; I still live with a few of them! 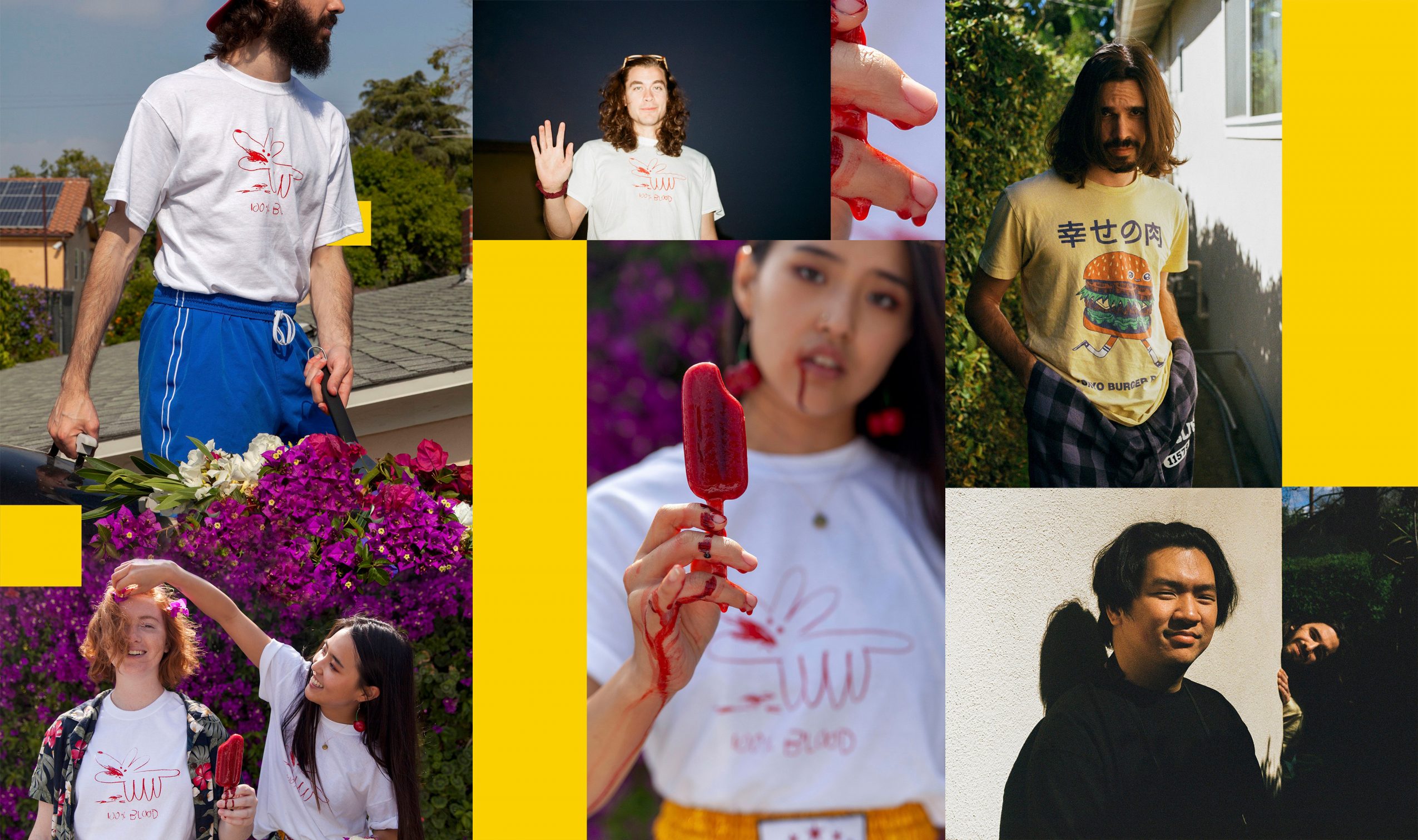 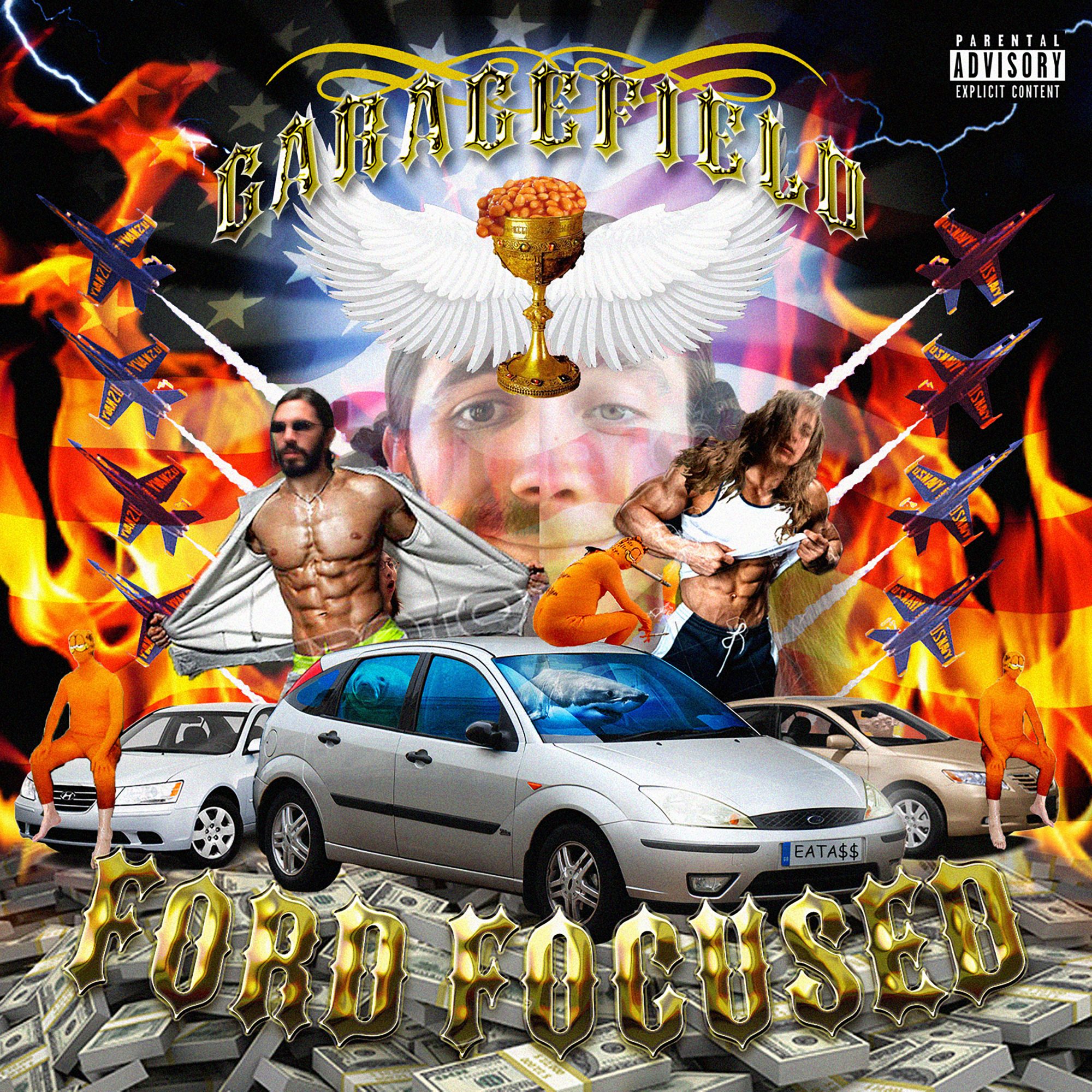 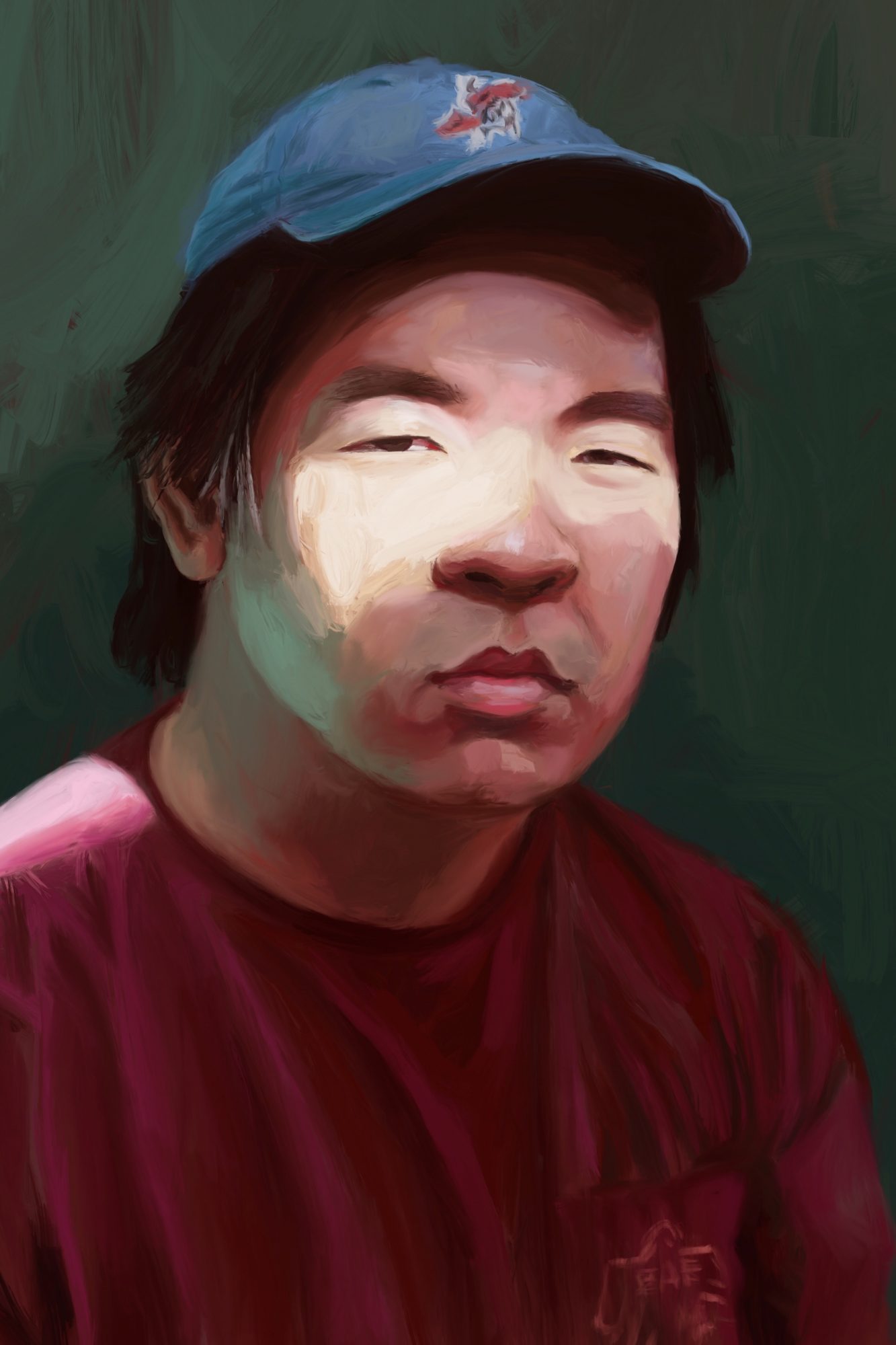 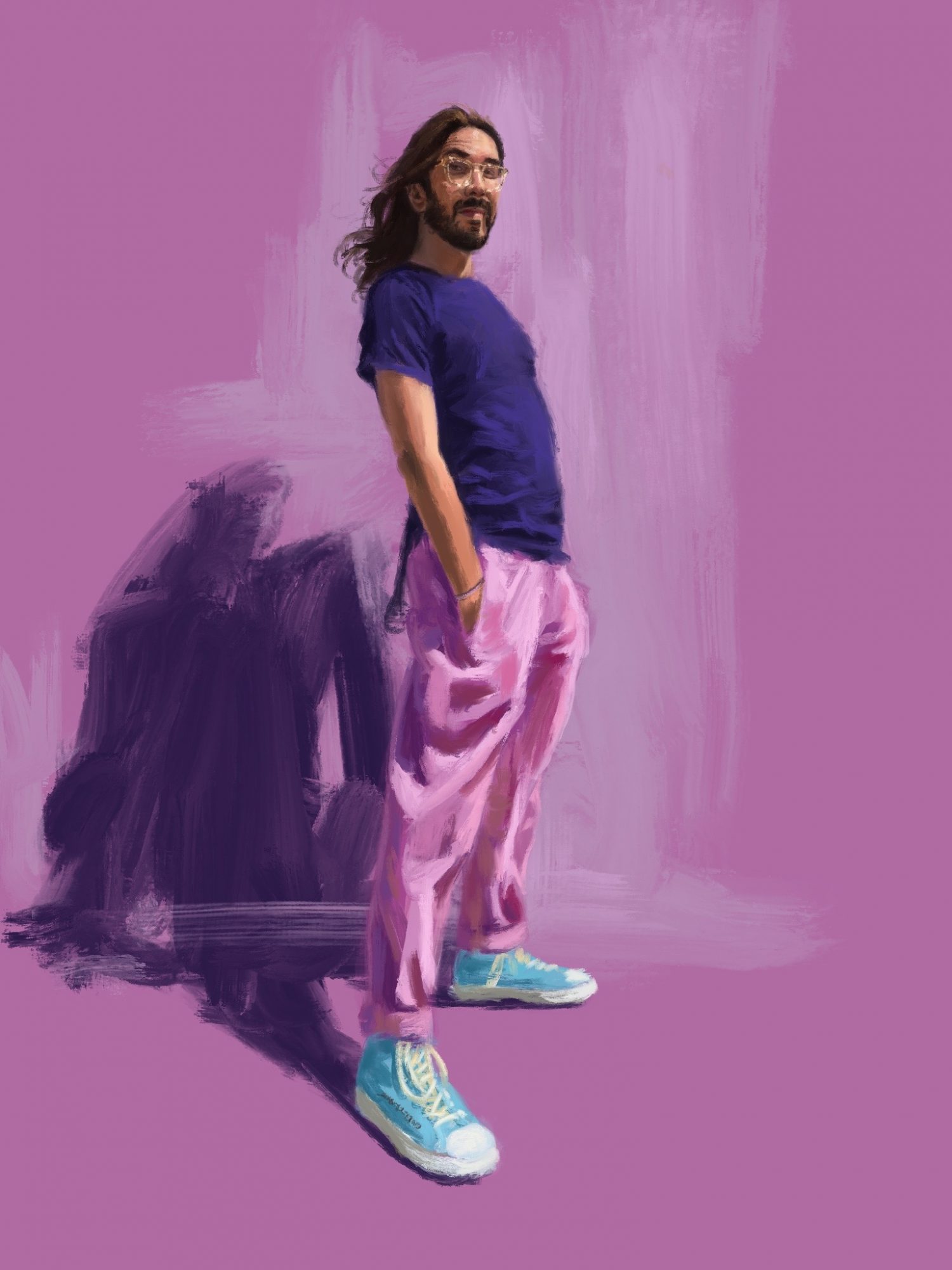 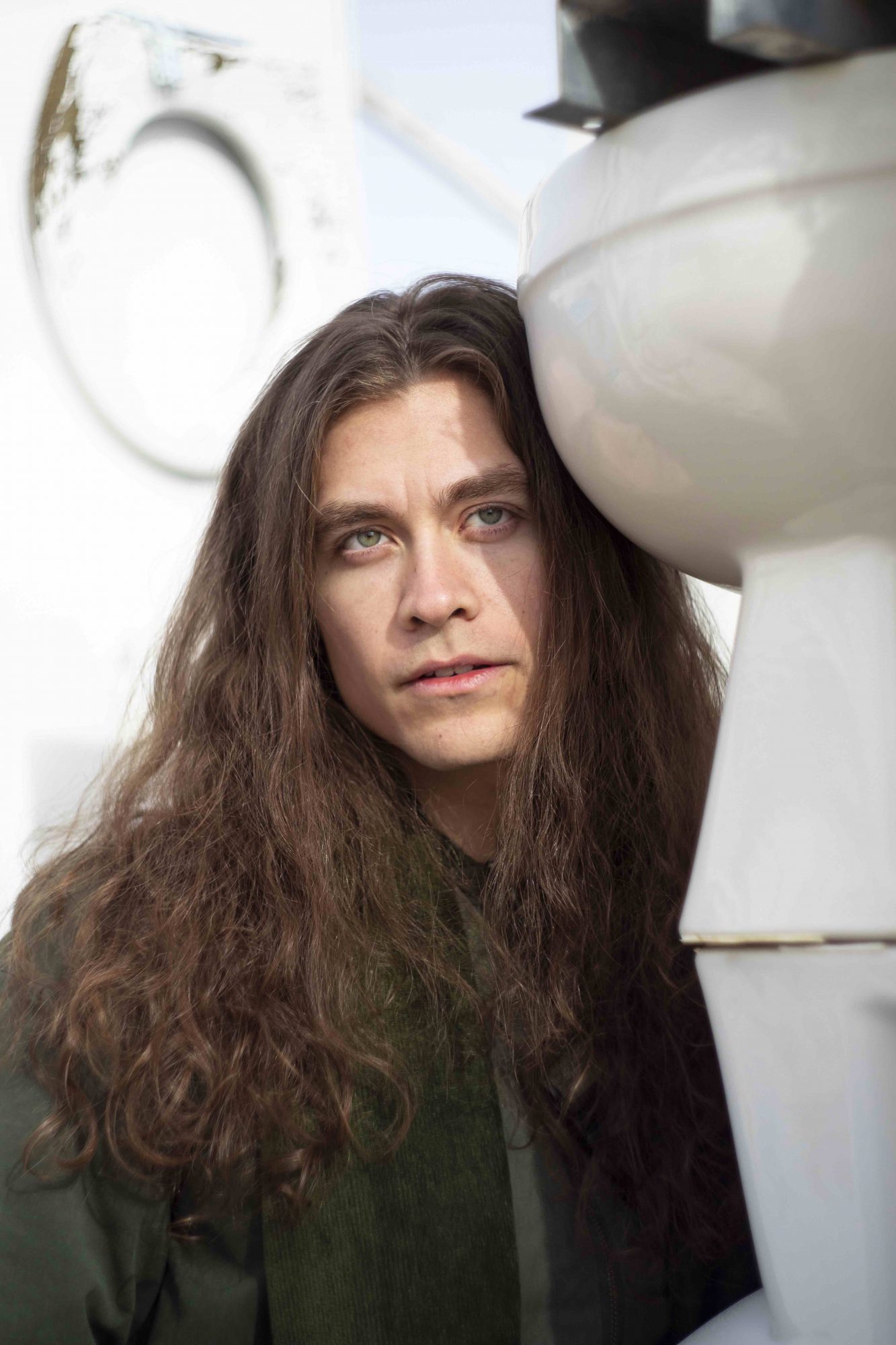 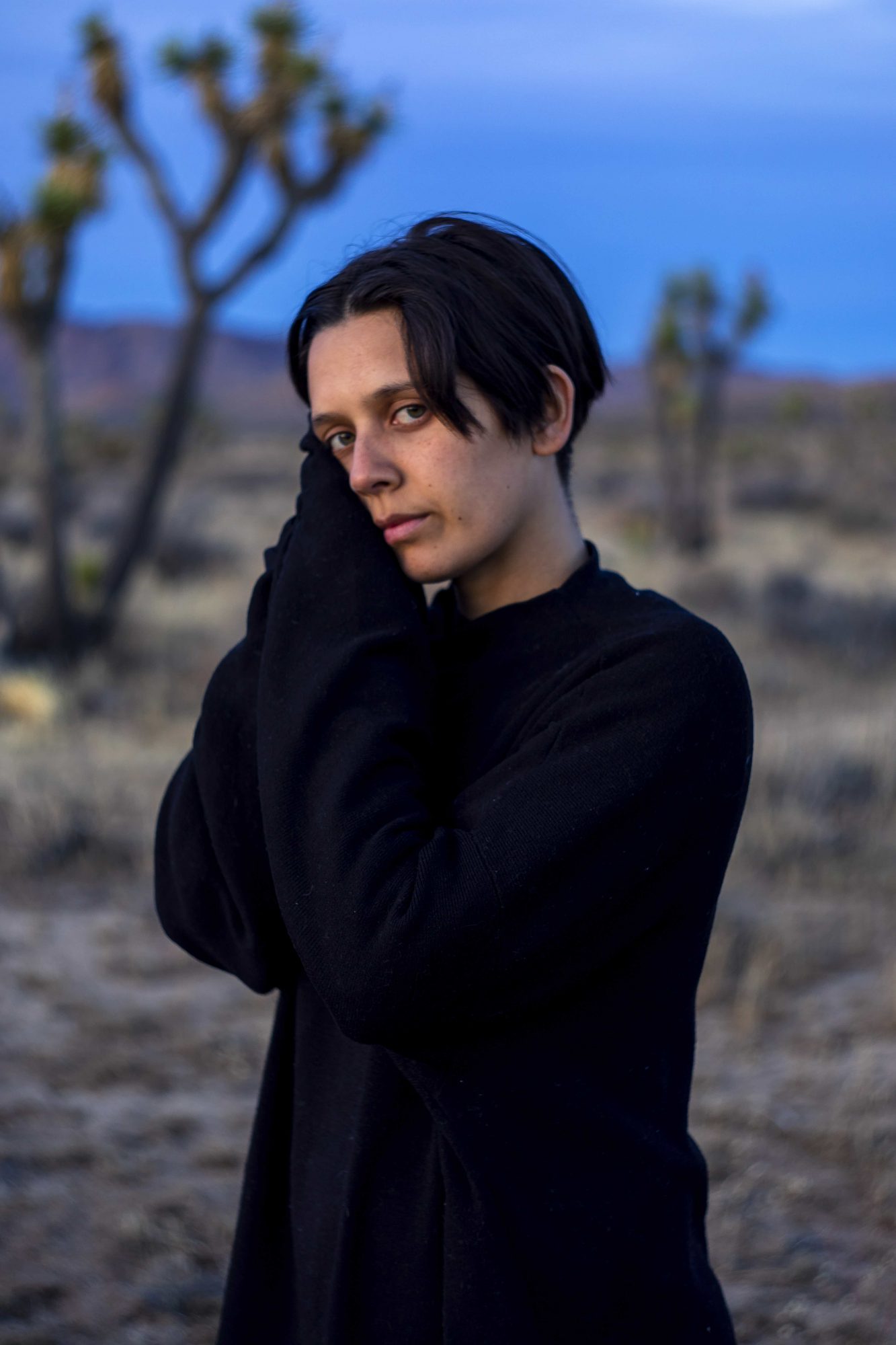 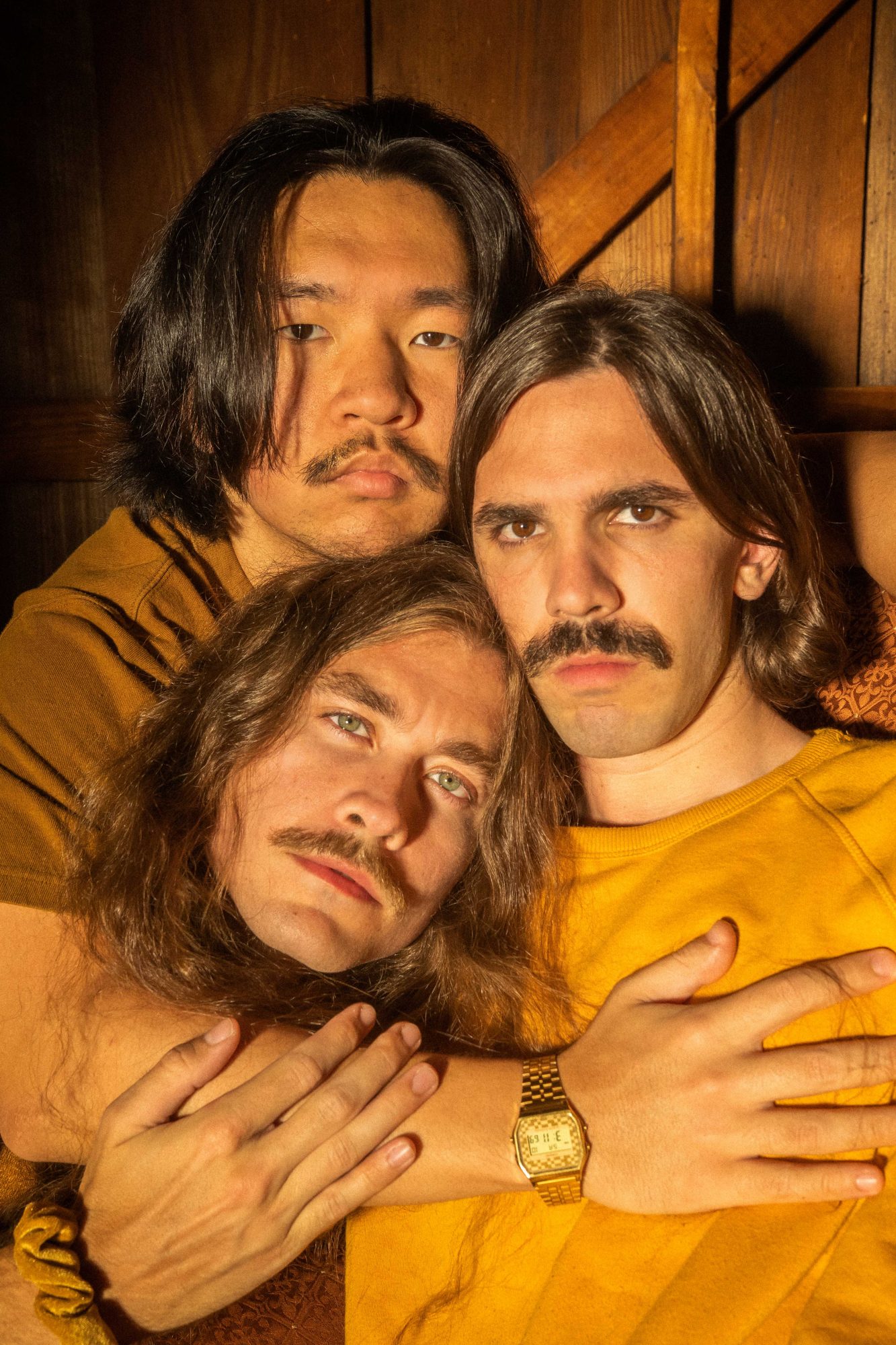