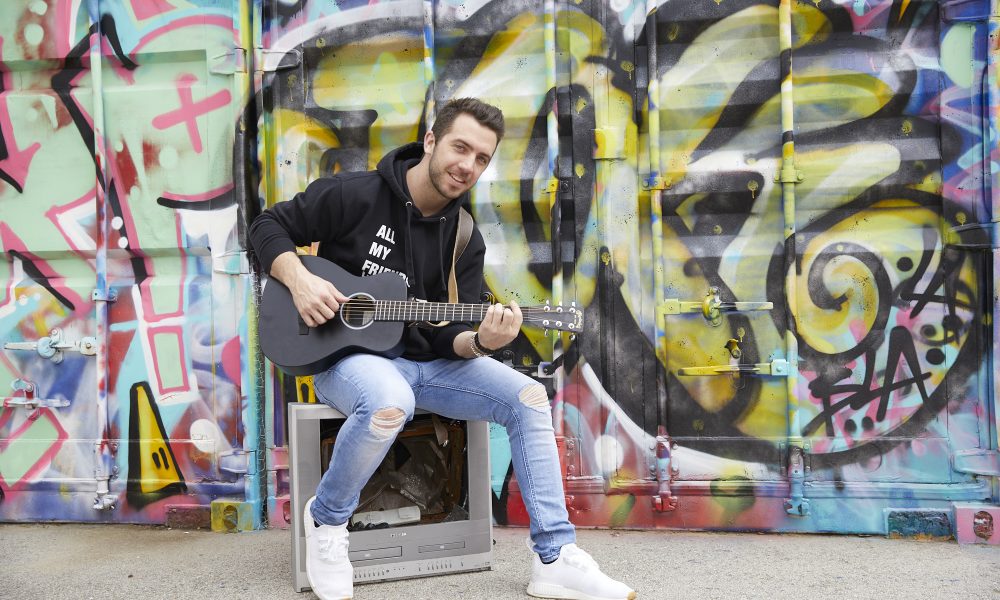 Today we’d like to introduce you to Nick Isham.

Thanks for sharing your story with us Nick. So, let’s start at the beginning and we can move on from there.
Cool ya so actually I guess my story starts before music, where I started as a football player – I got a scholarship out of high school (Westlake High School) to play quarterback at Louisiana Tech University. So I went there and ended up starting my first year there as a true freshman. And I actually ended up being the 2nd youngest starting quarterback in NCAA history at the time, which was a cool honor to have. So music wise, that was also the same year I picked up the guitar and start singing and writing songs. I ended up at the University of Arizona for the next two years, playing football – but also continued singing and writing more and more. It really became a kind of escape for me, from the grind of football. For my fourth year off college, I ended up at California Lutheran University, where I played my last year of college football and made the decision to move on from that and pursue a career in music.

I really just hit a point where I enjoyed the process of writing songs and performing them more-so than I did practicing and playing football, which was the point where I decided to make the switch.

Since that decision in 2016, I have not stopped. I started playing one to two open mics a night in the Los Angeles area for six months straight. I have written hundreds of songs. Stylistically, I have really grown into this kind of acoustic-pop genre, pulling from many of my influences, from Ed Sheeran and Jack Johnson, to Van Morrison and Bill Withers, and even to come country guys like Sam Hunt and Chris Stapleton. I have now performed hundreds of shows across the US from Florida, to Nashville to Los Angeles. I have had a few songs placed in film/ TV – one of which being in ABC’s American Crime.

I started releasing my own music in 2018 and have released six singles since then – Nothin Like You, Say It, I Wanna Know, Thinking Too Much, Get Loose, and Only Human. I put together my first two week West Coast tour mid November, which I played about 21 shows in 14 days – and it was such an amazing experience! And I am very much looking forward to what is next!

We’re always bombarded by how great it is to pursue your passion, etc – but we’ve spoken with enough people to know that it’s not always easy. Overall, would you say things have been easy for you?
Well I started as a football player… and now I do music. So that’s definitely a bit of a fun challenge in itself. They are pretty polar opposite careers. But just like anything else, it took countless hours of practice and performing to get myself to where I am and I still know I have a long way to go!

I was definitely not “born” with any sort of voice or natural crazy music ability. So I spent countless hours practicing singing. I spent one to two open mics a night for at least six months straight working out, for myself, how to be a performer. When I first started recording my own music, I had a couple of projects I did that never got released because I was still so young musically and stylistically – I was figuring out what I wanted my sound to be and really had to dig deep to find out for myself who I am as an artist. I feel like that is the toughest but, at the same time, the most exciting part of the whole journey – to be able to find out for myself who I am and be able to express myself as that, without holding anything back.

What else should we know about you, your work and what you are currently focused on?
Well I am a singer/songwriter, acoustic-pop artist. I write songs and sing/play guitar. I also do a one man show by using a loop pedal. So I build tracks, live, by way of beatboxing, singing background vocals and playing guitar, all of which gets looped and acts as my track that I then sing with. I love to have crowd involvement in my show, so there are a lot of sing alongs and what not with the crowd. I also have a lot of story telling in my music.

I hope to be able to connect with people through the stories I tell and performances I give, so that they feel like they have someone there with them who understands what they are going through, or at the very least, someone they can spend a few minutes with and feel better about life after listening to my music.

What were you like growing up?
I think I was pretty similar to how I am now. Socially, I’ve always been pretty laid back and easy going. I was very active, and always loved sports, specifically football obviously. So there was never a time I was not doing something – whether it was football or baseball practice, school work, helping around the house, etc.

Also, I was and still am am very close with my family – which I’d say is probably the most important part of my life (next to music), and thing I am most grateful for. 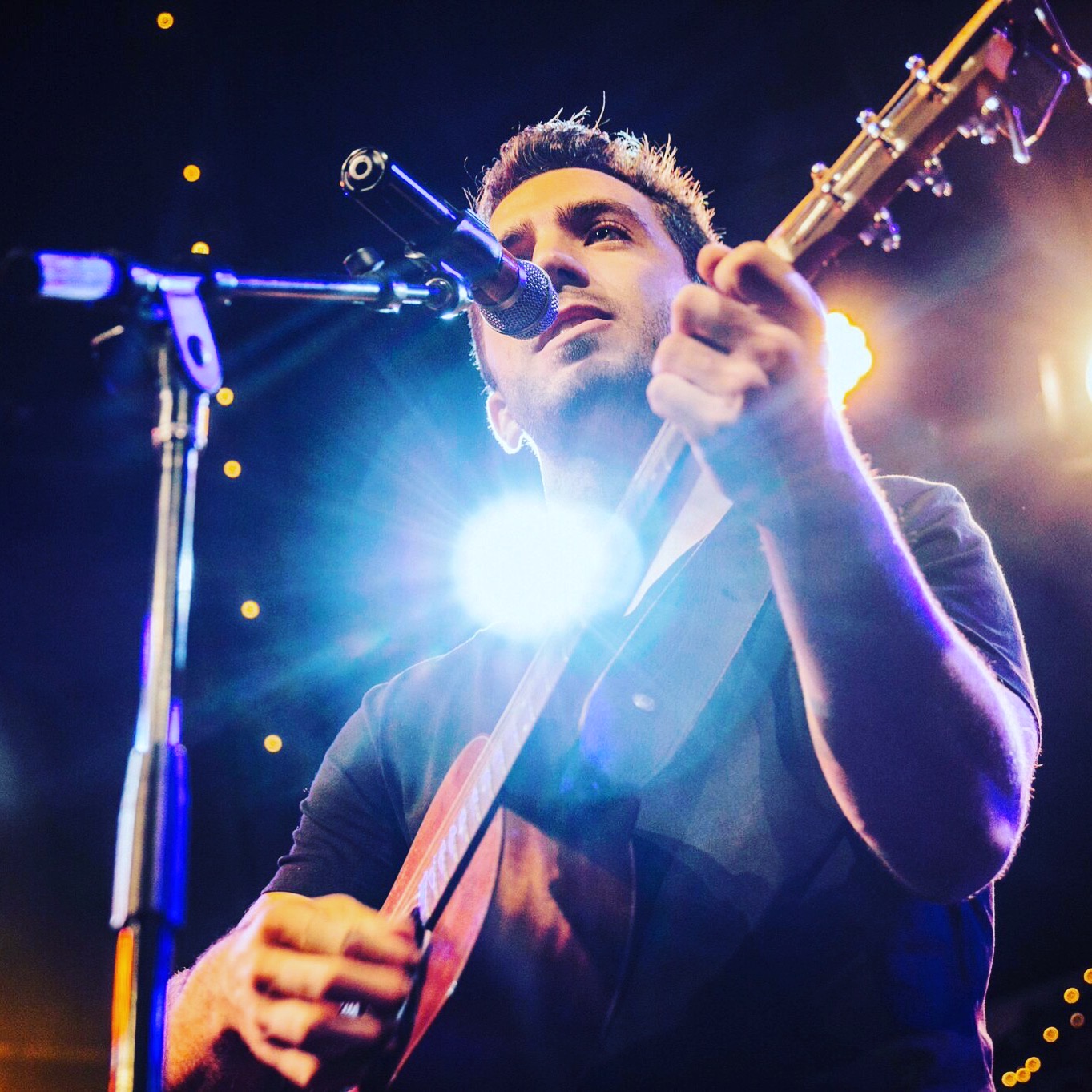 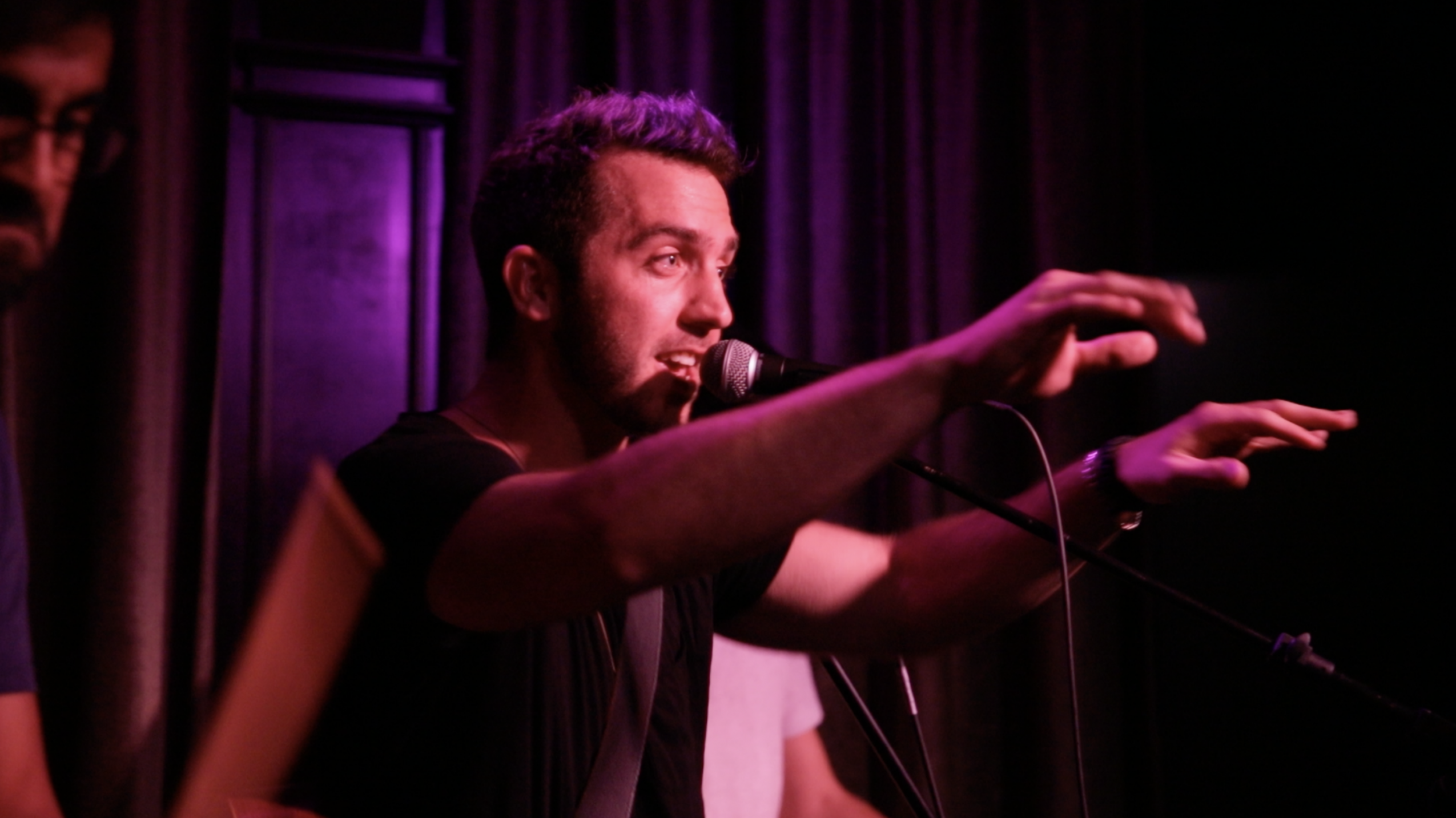 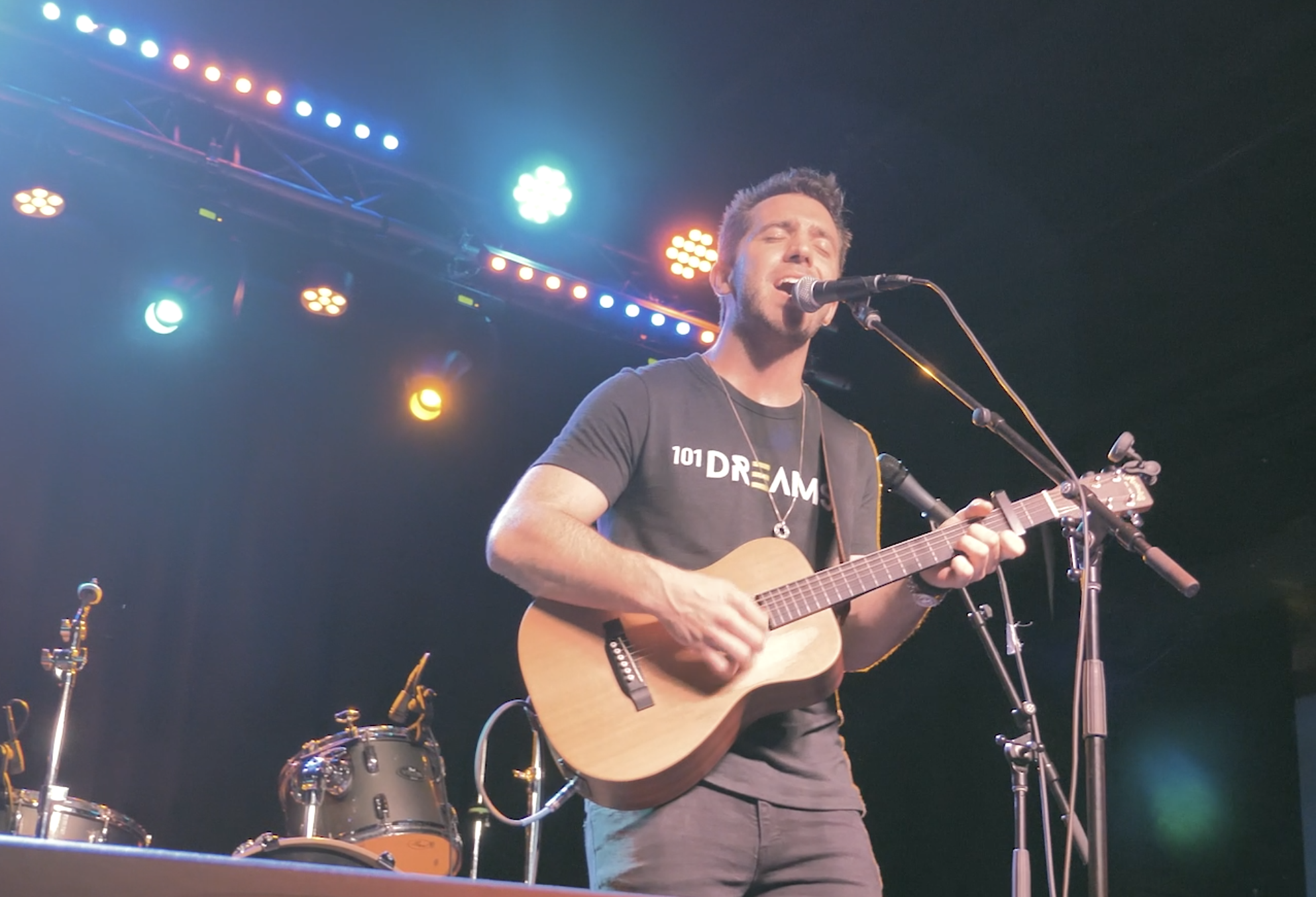 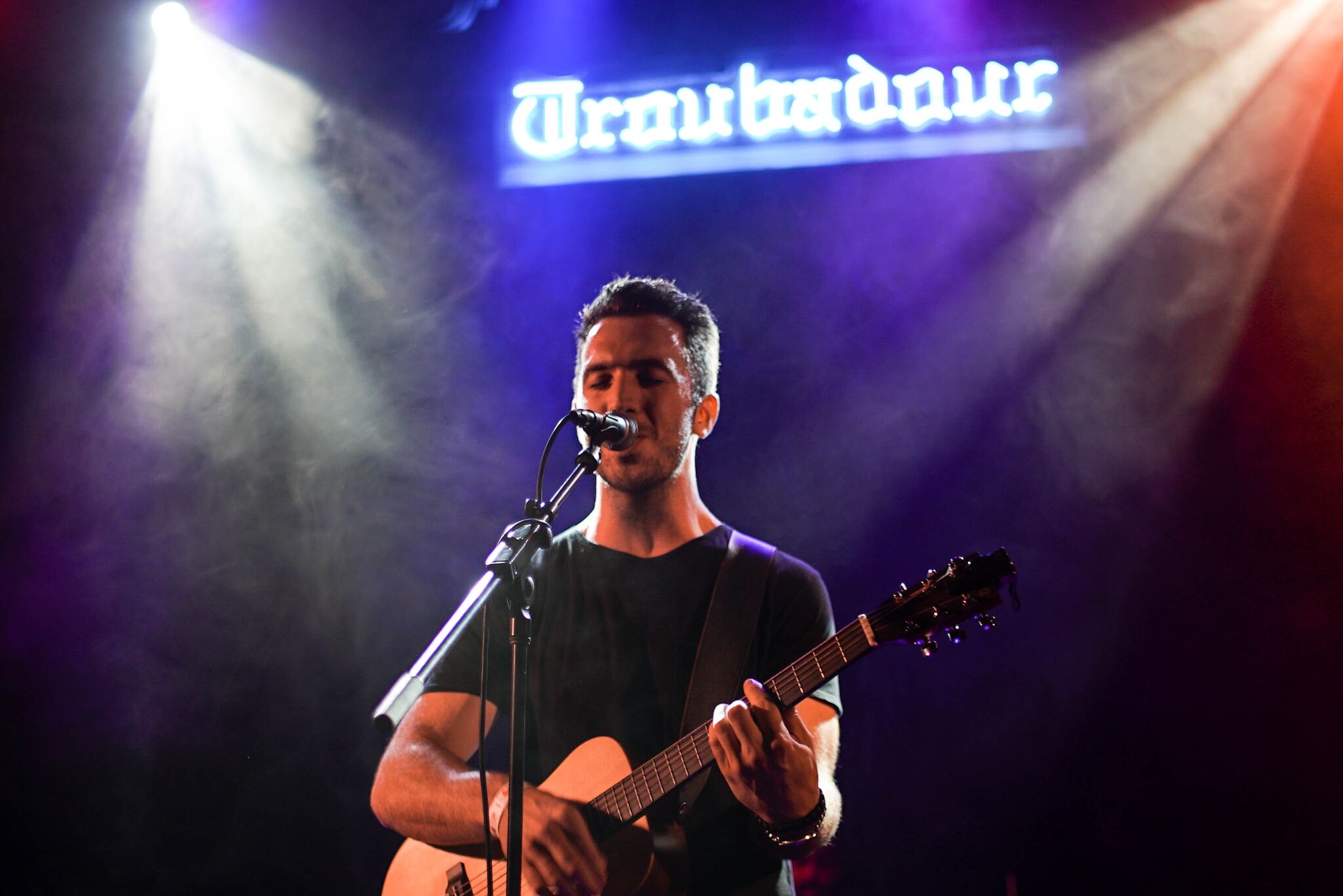 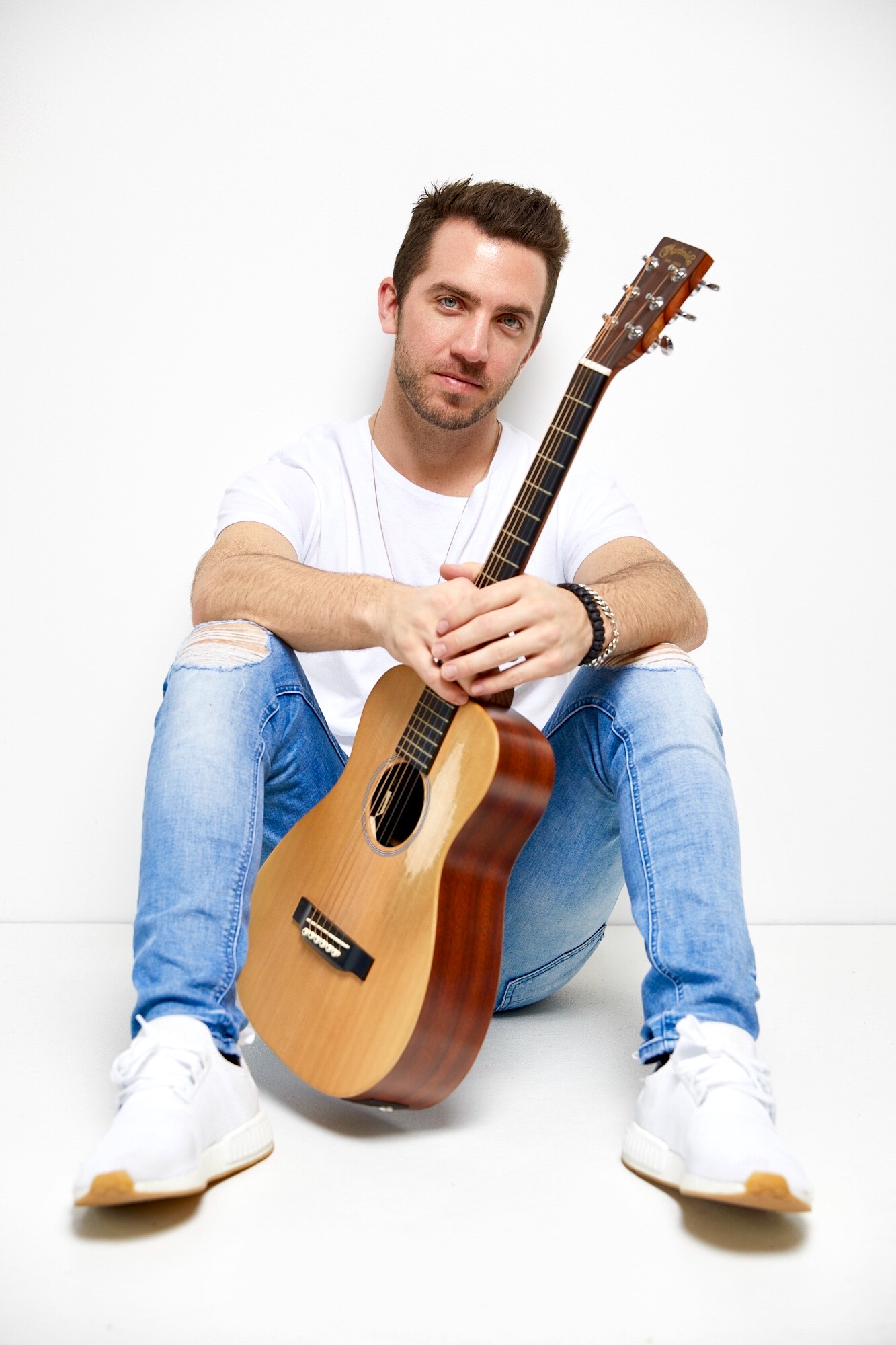