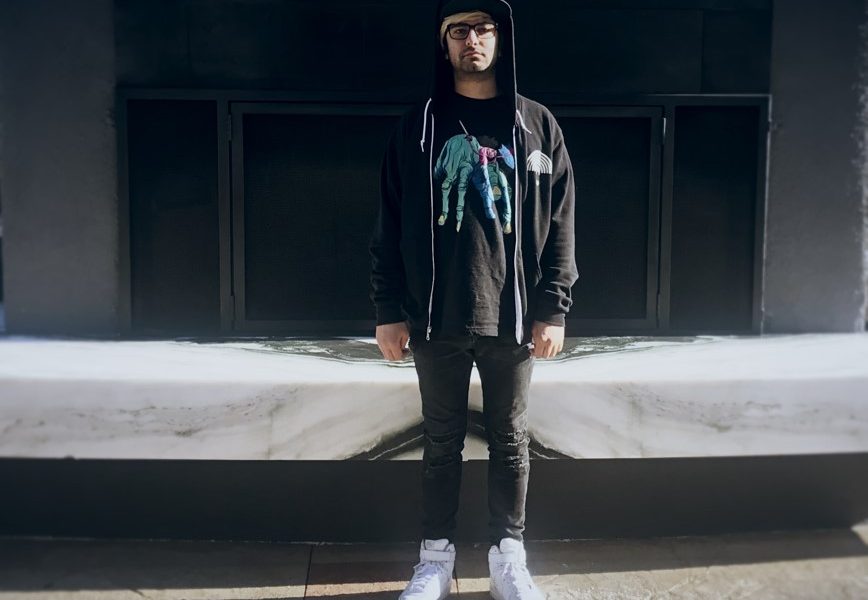 Today we’d like to introduce you to Nick Holiday.

Nick, can you briefly walk us through your story – how you started and how you got to where you are today.
Music Producer/Director/ Cinematographer/Film Producer/ Film Editor. I have always been a self starter. I have been producing music since I was a kid and have always had a voracious appetite for learning and mastering anything related to music or sound. Starting out playing the acoustic guitar and singing and performing my songs and then joined a heavy rock band which garnered quite a bit of success in the LA music scene, but I had a strong desire to push the creative envelope further. I took piano lessons with the late classical composer Norman Henry Mayme and dove in to film scoring for a bit. I then became obsessed with electronic music when it hit in 2011 and decided I had to figure out how to use that medium to push my creativity even further. All of this is what led to the evolution of my sound today.

I currently write and produce songs in the genres of electronic, Dubstep, Pop, Hip Hop, and R&B, and usually combinations of the aforementioned. My sound could be described as mid tempo dubstep and sounds like dubstep combined with quirky and nostalgic 1980’s samples. I also continue to score motion pictures.

I love to dabble in almost every artistic medium, but over the past few years, my passion for film-making has grown exponentially. I taught myself VFX and motion graphics to promote my music and the music of my clients using After Effects and C4D. It didn’t take long before I started directing music videos and now I am working on writing and directing my film shorts. I am enjoying seeing my ideas come to life on the screen and then creating the music that adds emotion to the film. Being able to have a hand in all aspects of a film is fun.

Great, so let’s dig a little deeper into the story – has it been an easy path overall and if not, what were the challenges you’ve had to overcome?
I don’t think it has been a smooth road for anyone who is working hard at their craft. From making your first track and it sounding terrible because you don’t understand the basics of sound design or mixing or if your doing film and you can’t seem to capture a clear image with depth and without noise throughout your footage, you are always going to be growing and learning until you have a firm grasp on how to convey what you see and hear in your head properly. So to me, the learning part will always be a difficult road.

As far as my experience with the industry, well there have been ups and there have been downs. Since I have two different fields that I am working in (Music production and Film production) you have different types of struggles. When it comes to music and working with larger acts, the first thing you will experience is people wanting you to work for free. This is something I could never wrap my head around. You can be a master at your craft and they expect you to work without pay just to be able to say you worked with them, but then you don’t even get credit on their album. Rent is expensive in LA and it’s not going to pay for its self. Then there’s trying to get my music released. That’s even worse. I know a lot of people buying songs they didn’t write themselves and releasing them through a manager/label they pay to promote and release those tracks. It’s a pay to play industry and that’s just how it is. The old days of being talented, working hard and getting discovered just don’t exist anymore. With me, I worked very hard for everything I achieved with no help along the way. I didn’t have a dad that could pay for me to play that big venue, I didn’t pay for my Instagram followers, I didn’t have a friend a family friend who worked at a label. I built everything I have from the bottom up.

I find there are more lucrative opportunities in scoring and sync for freelance music producers. Imo you can grow much quicker and easier int he film industry. I bought a go pro and within a few months, I started filming music videos for artists. They came out dope too! Then, with that money, I upgraded to a commercial quality film rig and shoot everything from interviews and commercials to short films and yes, music videos.

In the film, the only struggle I have seen is there’s a lot of talks. Talking about big ideas, and possibilities, so you’ll do a lot of consultations that don’t generate any real work. Also, when I would release my songs I needed album cover art, but I was sometimes broke and would never ask an artist for free work for obvious reasons so I just started doing all myself. I started drawing and learning cinema 4d on a Wacom tablet. You’d be surprised how easy it is to get these gigs sometimes and you may not even be necessarily qualified to do, but you do it anyway and give it all you got and the client is happy.

Whether it’s music or film or anything you’re trying to do, the biggest struggle is getting people to believe in you. Sometimes I think it’s because they don’t believe in themselves so it’s tough to gain trust. We have to start believing in each other and start valuing small artists.

Please tell us about your business.
My business is that I am a freelance music production and film production house. When it comes to music production I am a one man show. I specialize in everything dealing with the production of sounds, arrangement, songwriting, mixing and mastering. I am known for EDM and pop music. I am often contracted for “drop assistance” meaning someone has a song that needs a solid hook or drop section and I will write the main part of the song for them. Sometimes they have a small idea or maybe they have tried and failed and so I will either fix the problem areas or I will start from scratch. If we are doing pop music I am known for writing very catchy melodies for the lyricist to vibe off and usually write lyrics myself as well. Sometimes I just write and produce all the music to accompany someone else’s lyrics.

For the film, I write concepts and treatments, film, edit, colorization, VFX and lighting. I can run an entire shoot just by myself. I even do photography with motion stills. I am known for conceptualizing ideas that aren’t your norm and that bring excitement and flair to the project.

I’m most proud of the fact that I can do almost anything in the creative field on a professional level. From the film to music and art. I have grown so quickly in the film (started at the beginning of 2019) and in my first year of filming I have worked for shows that are on Netflix and even directed tour content for one of the biggest rappers of 2019. As for music, I have worked with some of the world’s biggest artists which have been awesome.

What sets me apart is that I’m interested in the unusual. I don’t want to just redo something that’s been done. With everything done, I want to make something that is special and that provokes an emotional response, good or bad.

Is there a characteristic or quality that you feel is essential to success?
I think my willingness to try something different and is easy to work with is very important. like coming up with ideas and being able to let someone else spin off of that and then turning that into something even more unique is what sets me apart. Even if it fails at first, being able to try something new is what’s going to be the most important part of my success. 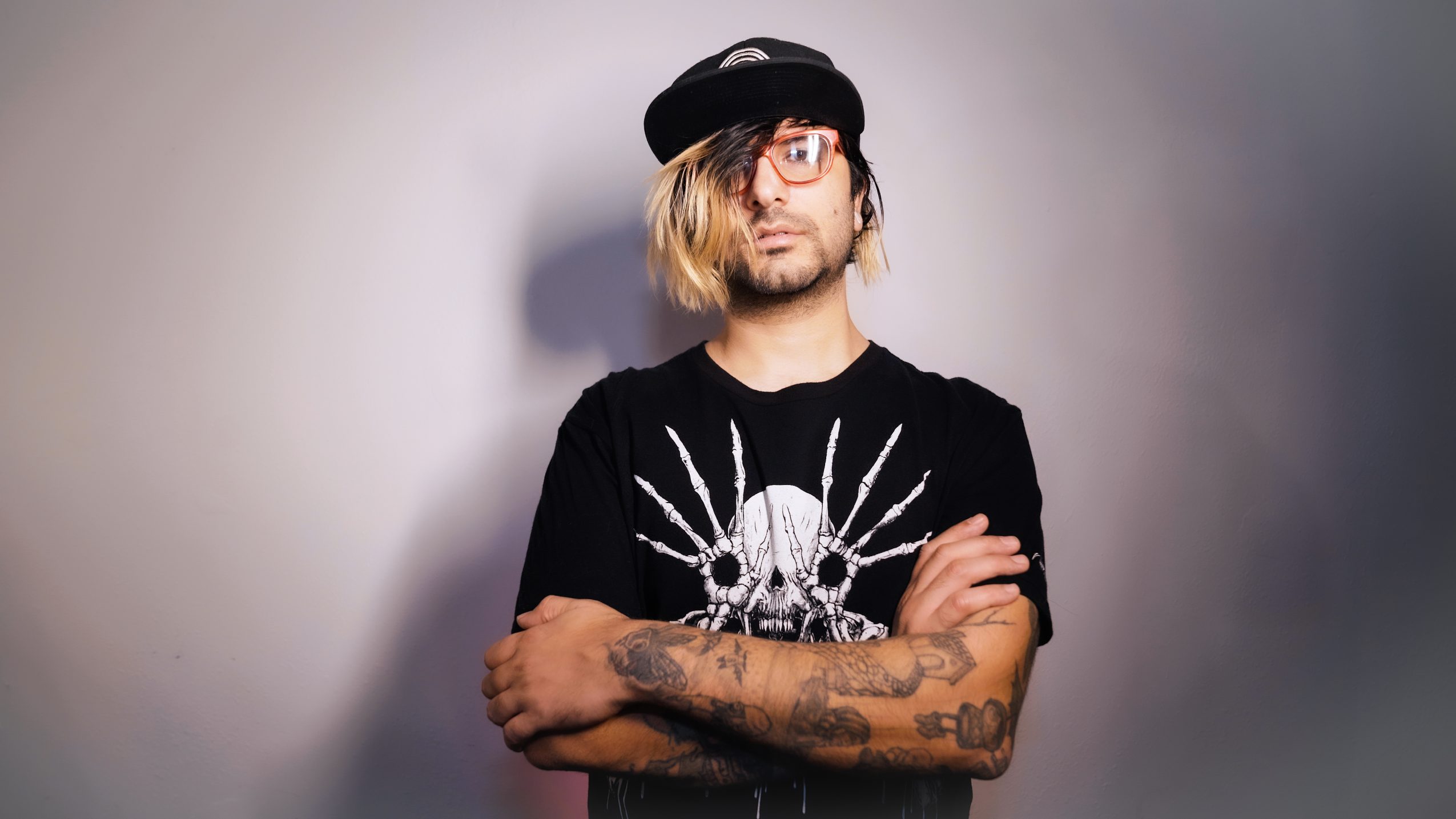 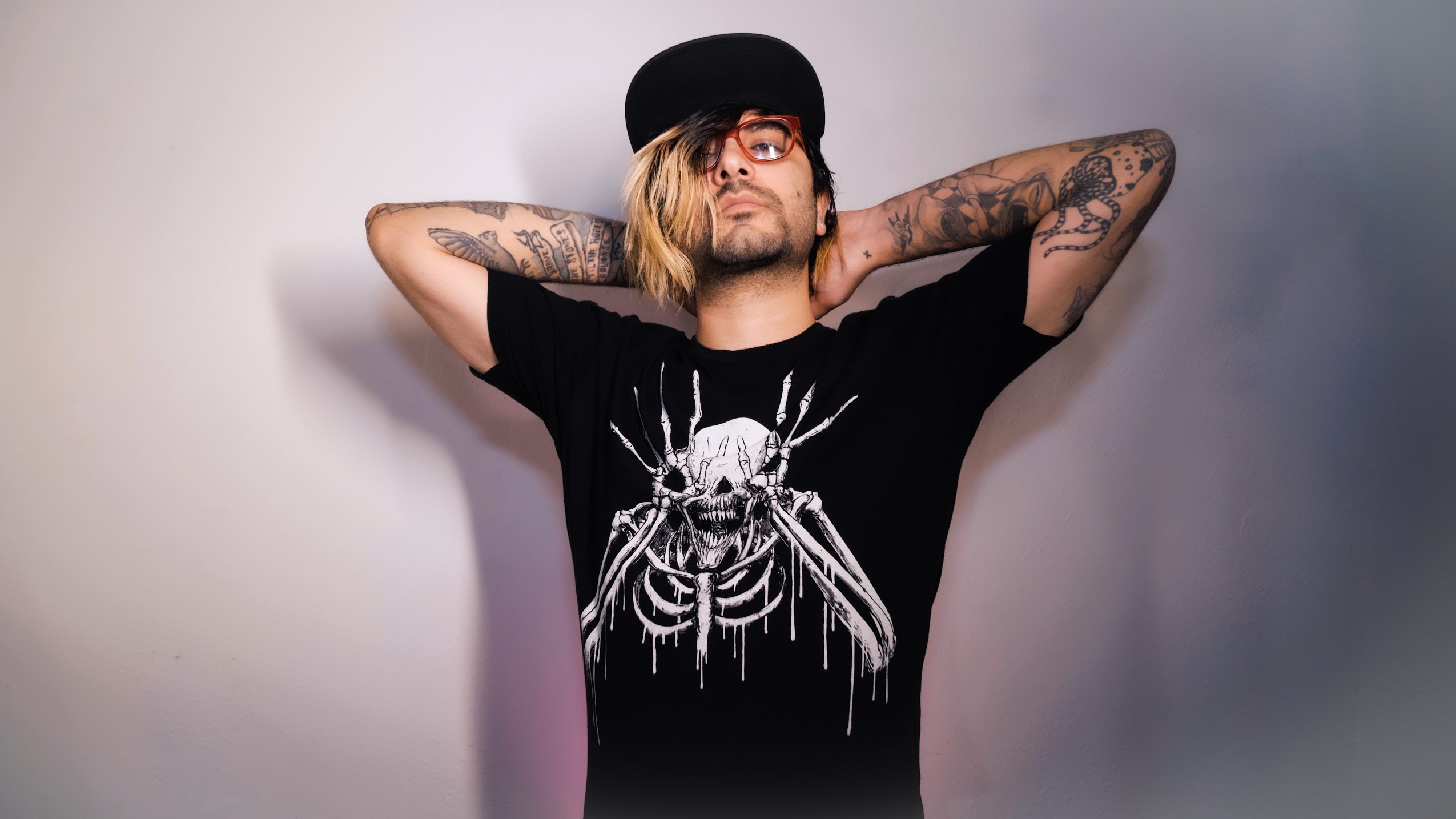 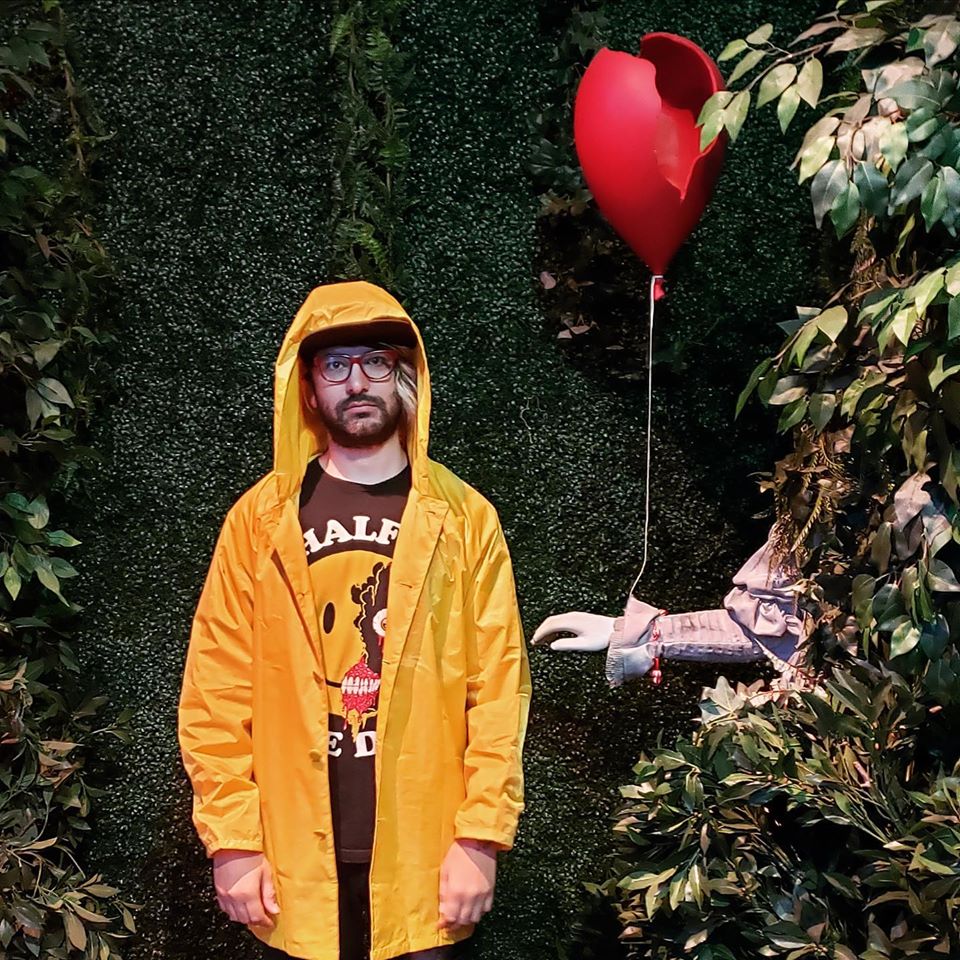 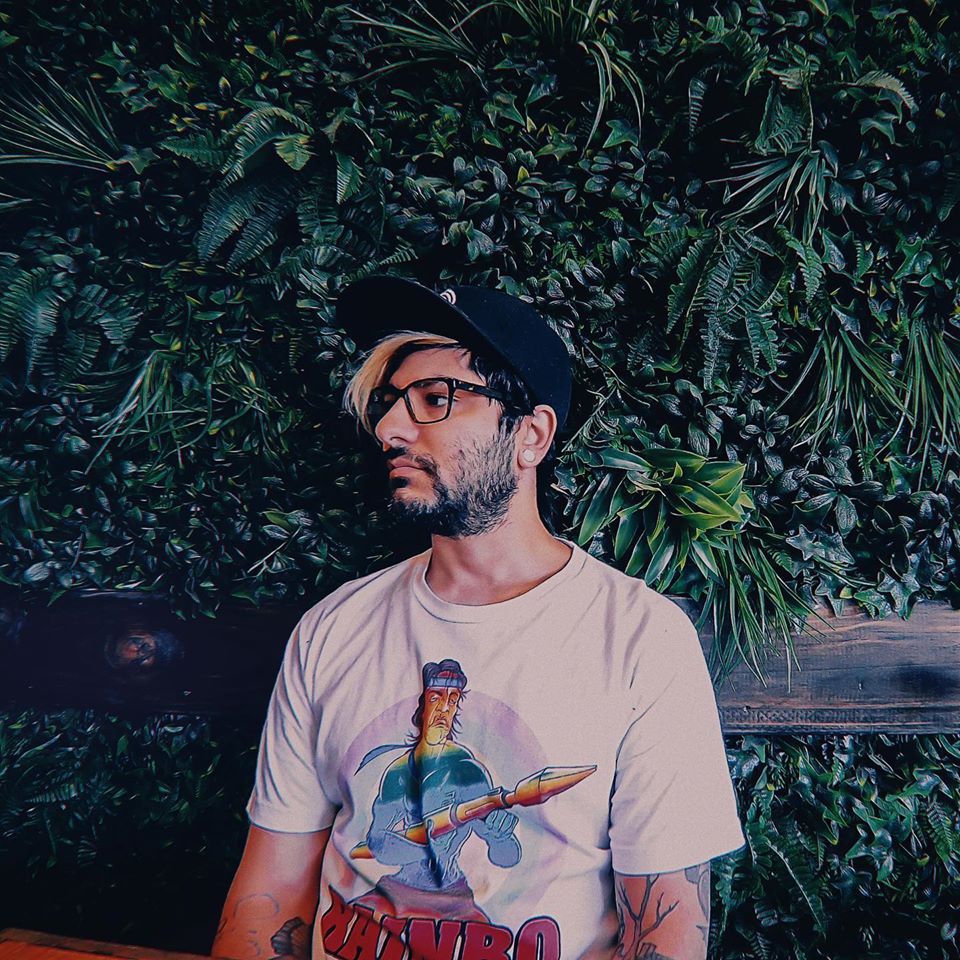