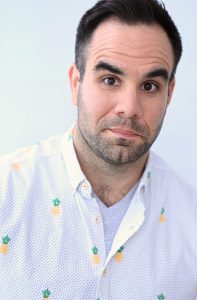 Today we’d like to introduce you to Nick Cutelli.

Nick, let’s start with your story. We’d love to hear how you got started and how the journey has been so far.
I started acting and comedy when I was in elementary school. I credit watching Phil Hartman on SNL as my inspiration to become an actor. I studied theatre in college at the Dobbins Conservatory at Southeast Missouri State University. There I earned my BFA in acting and directing. After college, I performed in theatre from Musicals to drama and got my Actors Equity card. Then I moved to Chicago to study comedy at the famous Second City Chicago.

I was a graduate of both the improv conservatory and musical improv program. I also was part of the first-ever advanced writer’s sketch program. That’s when I really started to craft my brand of comedy which I like to describe as a dramatic Dad at a BBQ. It’s a weird way to describe it, but I feel like it creates the perfect visual that helps understand. After seven years in Chicago, I built up my resume from all the improv shows and sketch material I wrote. I also was a member of the Chicago Second City House team Infinite Sundae’s and was picked to be in the Chicago Sketch Fest 3 years in a row.

Then I moved to Los Angeles to pursue more commercial and tv work. I use to have a show at the IO West Comedy theatre in Hollywood, but it closed. So currently I am a working actor and also an on-camera correspondent for the City of West Hollywood’s Weho TV news and writer for the new Hollywood Blvd magazine.

Has it been a smooth road?
I would say its a grind and always an uphill battle, which makes me respect the industry even more. It was easy, then everyone would be doing it. You do have those moments when you don’t think you can keep moving forward. I really credit my wife with giving me the confidence to keep moving forward and make the move to Los Angeles to become fully invested. If I didn’t have my wife at my side I don’t know where I would be, she really makes a lot of my life possible. I’m very lucky to have her in my love because she always keeps pushing me to move forward, where I find others will try to make you play it safe.

I did have a play it safe moment when I lived in Chicago working in a finance office which could have turned into a full-time career with good money. But I just wasn’t happy and I found the environment to be very negative.

Then last year I was blessed with a baby boy who I love to death. I will say it makes it a little difficult sometimes, but I make it work because I love him so much.

Please tell us more about your work, what you are currently focused on and most proud of.
Overall I’m an artist and I specialize in more comedic styles of acting and writing. Right now I’m known for WeHo TV news and also going a following on the new “Rumbl” app for social media.

When I first started out, I was just making low budget staged comedy shows in bars and black box theatres. Now I’m apart of an Emmy award-winning news program, I’ve done national commercials, I write for an up and coming entertainment magazine where I get to have my comedic voice published. I would say thats what makes me proud of my brand/company.

The thing that sets me apart from others is my work ethic and respect for others in the industry. When I am on set, I treat everyone with the same level of respect, I was taught to treat the janitor with the same respect as the CEO. When we’re filming something were all in this together and I feel like a diva actor can hold all that up.

Also, my brand of humor sets me apart. I have a very detailed pinpoint style when it comes to comedy. I try to always be relatable to everyone. I don’t just want you to laugh at my humor I want your grandma and kids I want a wide range audience.

Let’s touch on your thoughts about our city – what do you like the most and least?
Well coming from Chicago I live the weather lol. I’ve survived many winter apocalypse’s and it’s nice to see the sun. I love that in Los Angeles anything can happen on any day no two days are really the same. This really is a city of entrepreneurship and everyone is out here pursuing their dreams. Los Angeles just has an amazing energy about it everything is accepted here such as cultures and styles. Nobody cares what you wear and to always be true to yourself. Which isn’t always the case when you live in the Midwest where its a little more wonderbread. That’s why I’m happy to raise my son in Los Angeles because I want him to experience all the different cultures.

Least has to be driving and traffic. 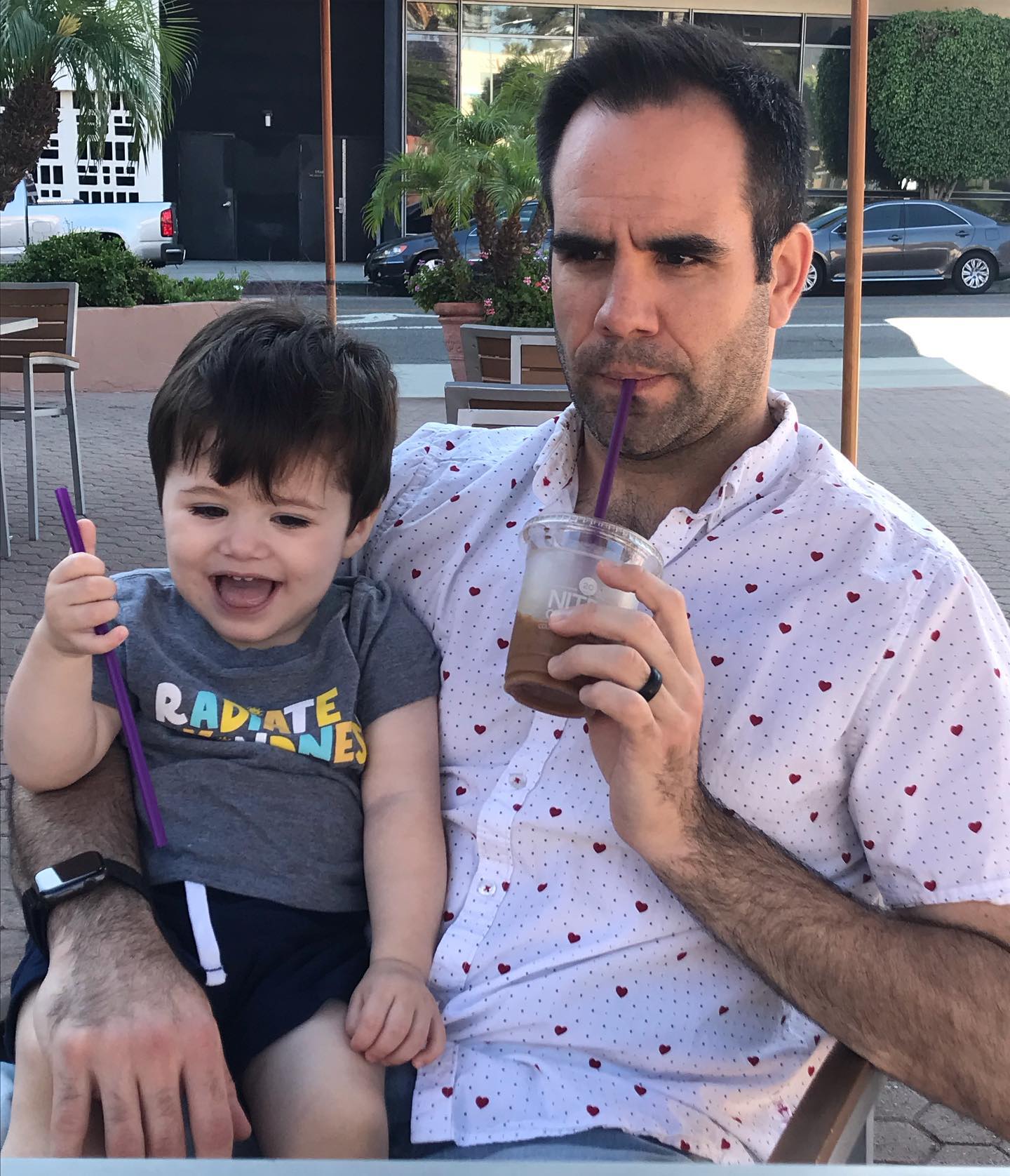 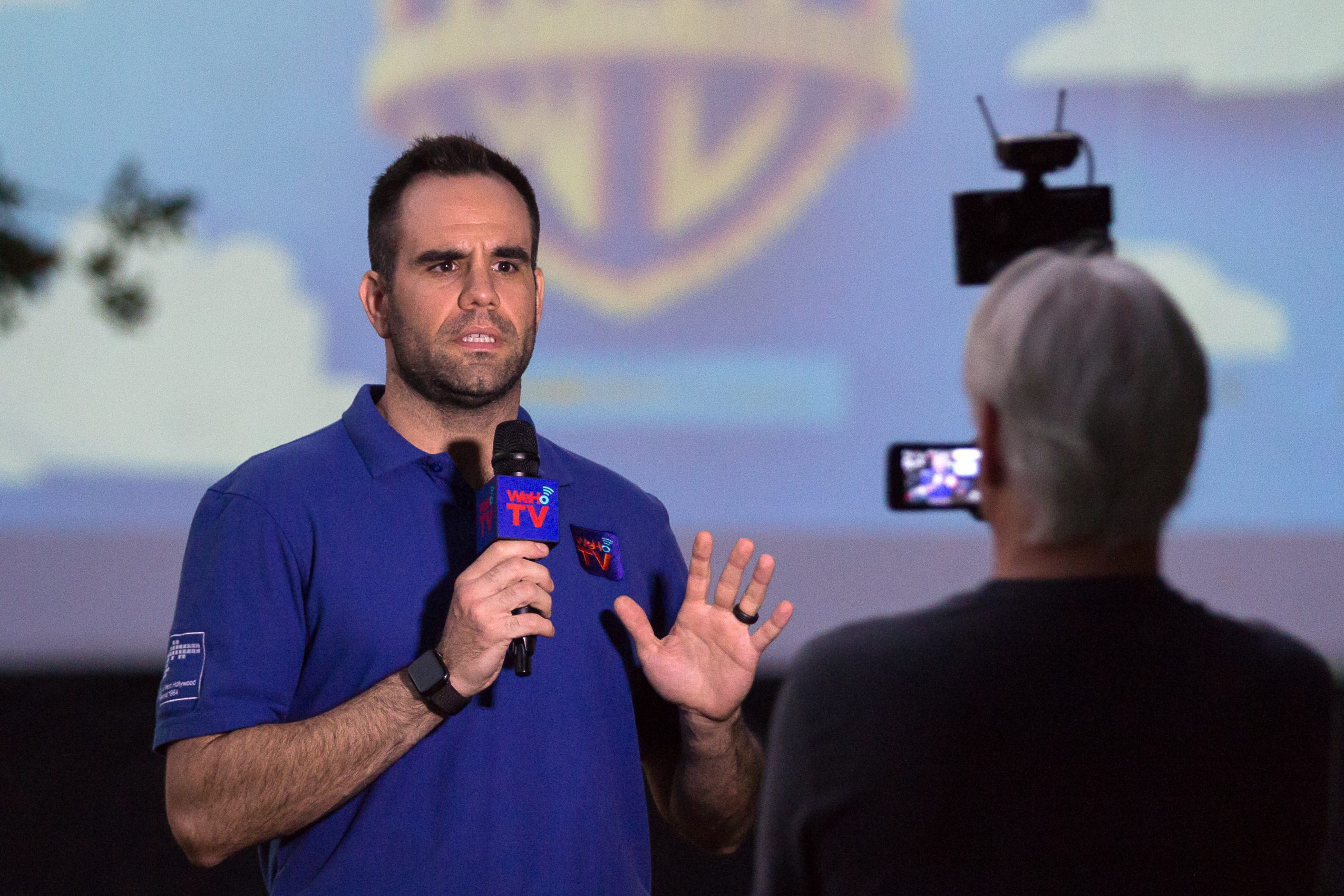 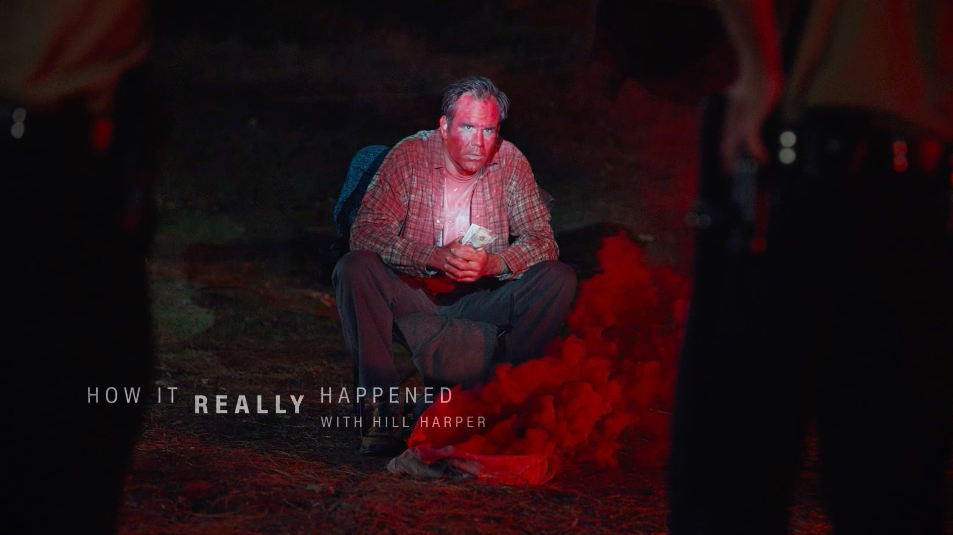 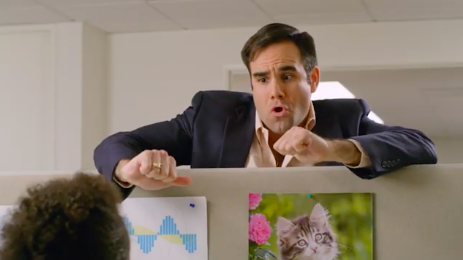 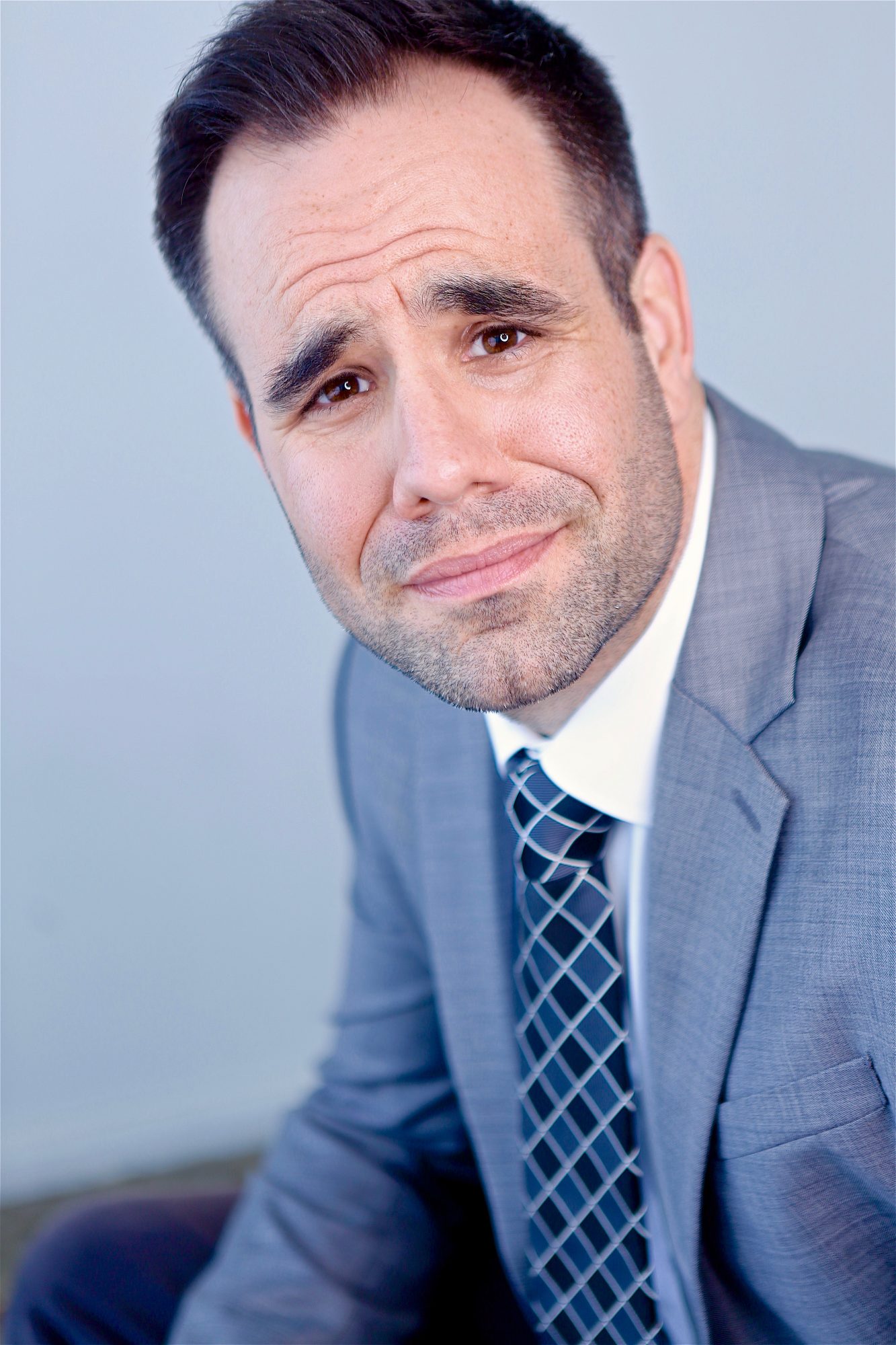 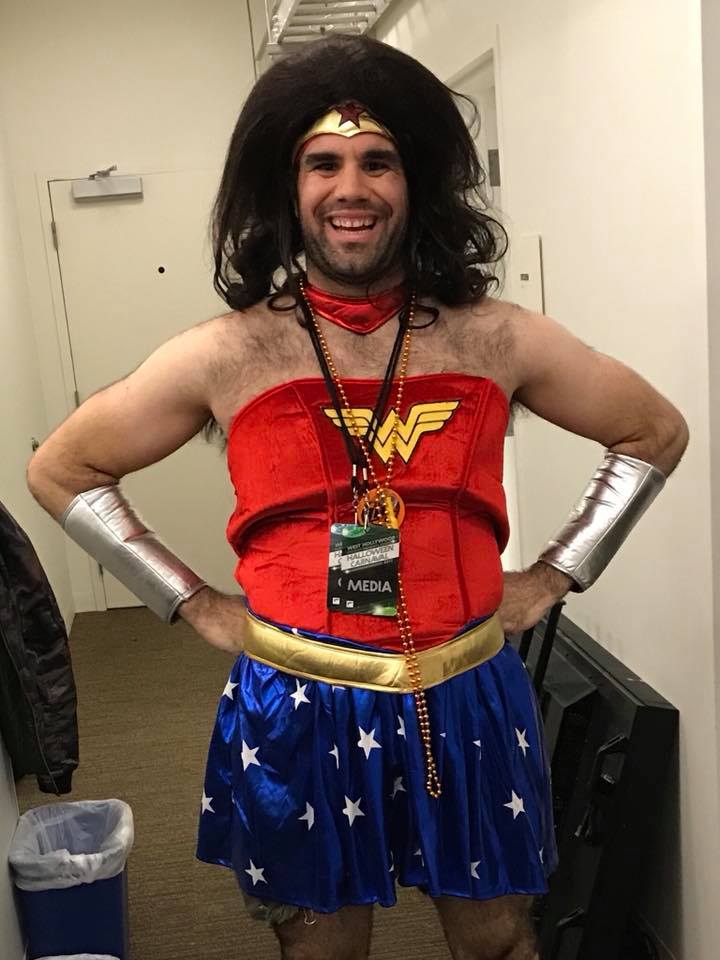 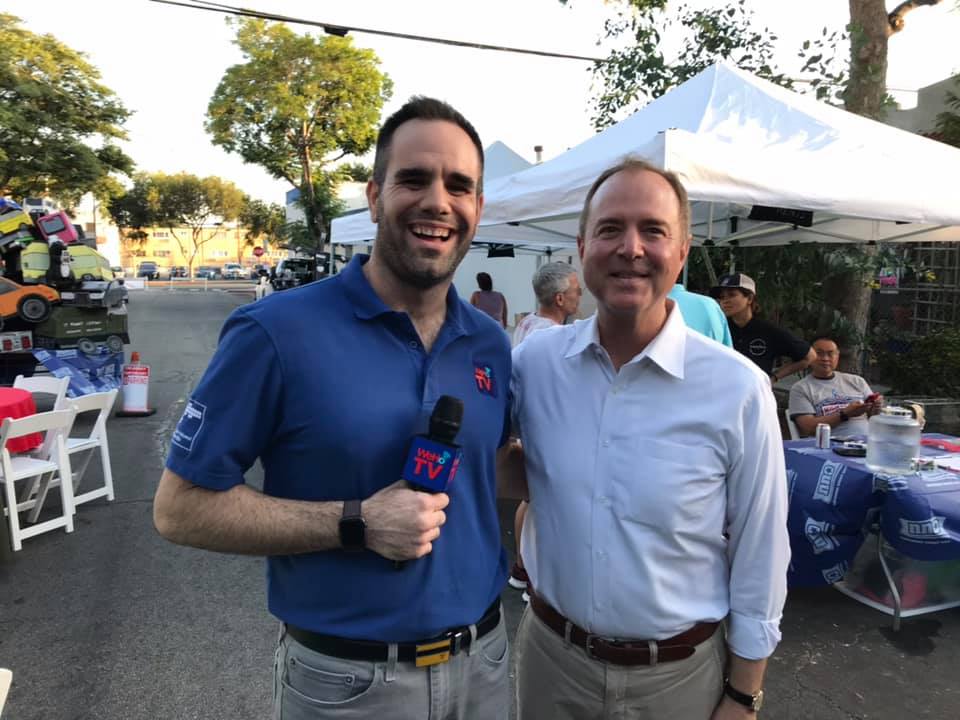