Meet Nicholas and Jackson Night of The Night Academy in Monrovia 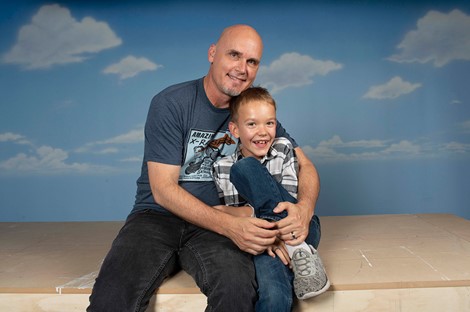 Today we’d like to introduce you to Nicholas and Jackson Night.

Thanks for sharing your story with us Nicholas and Jackson. So, let’s start at the beginning and we can move on from there.
I started performing magic professionally in the early ’80s, working as a close-up magician in restaurants and nightclubs around L.A. In the 1990s, I began touring the world with my award-winning illusion show, The Art & Illusion of Nicholas Night & Kinga. In 2007, after performing on stage and television in over 30 countries, with featured appearances in the U.S. on ABC’s Champions of Magic, Fox’s Magic on the Edge, and Masters of Illusion, I decided to retire my show and pursue my other interest in media development.

I found creative success in animation, as an executive and creative director for film, television and online gaming studios. My job involved creating and pitching original concepts, in addition to developing existing properties for companies such as Disney, MGM, Cartoon Network, Nickelodeon, PBS kids, Dr. Seuss Enterprises, NatGeo and more.

In the fall of 2018, while teaching my son Jackson and his friends some sleight-of-hand magic, I realized something very important: their hands are too small to properly handle the props and cards! The magic sets being sold in stores had poor quality props, and less-than-impressive effects, and Jackson, being raised around some of the best magicians in the world, wasn’t interested in “kid magic” – he wanted to learn the tricks professionals do!

After a bit of research, I discovered that no one was delivering professional quality magic that was easy to learn and that anyone would be proud to perform. This led to the idea behind The Night Academy, and it’s flagship product My Box of Magic, a monthly magic-school-in-a-box! Our mission is to create and teach unbelievable magic tricks, but make sure they are easy enough to perform by anyone aged 8 to 88 years old.

Has it been a smooth road?
It’s always challenging to start a new business. We made a good decision to pre-launch with a Kickstarter campaign to make sure people wanted what we were creating. That campaign had some excitement around it, and we were lucky to exceed our goal. But after that initial kick-off, it remains a daily struggle to find new customers and get the word out about our company.

I should probably admit that it’s also very hard coming up with new, original magic tricks every month! Not just the actual idea for the trick – that’s hard enough! But when you also need to source the supplies and handcraft the unique gimmicks and components, plus develop the packaging, the graphics, and on top of it all, produce the performance videos and the tutorial videos… well, all I can say is, “What was I thinking??”

So let’s switch gears a bit and go into The Night Academy story. Tell us more about the business.
The Night Academy was founded by father and son magicians, Nicholas and Jackson Night. We specialize in creating original, professional quality magic that meets our promise to the customer: It is easy enough for non-magicians to learn and perform.

We have enlisted some of the most revered and respected names in magic to contribute not only their own creations but their expertise and advice as well. In our flagship product, My Box Of Magic, a monthly subscription box magic academy, we feature collectible cards focusing on great magicians from the history of magic. Each of these cards details facts about their career, and a full-color image of the performer or their poster, provided by magic historian and author Mike Caveney and the Egyptian Hall Magic Museum. Mike Caveney is also a member of our advisory board (we call them ‘Professors of Magic’ at the Academy).

Another of our luminary Professors is Jim Steinmeyer, the renowned illusion designer behind many of Doug Henning and David Copperfield’s shows (yes, he designed the Vanishing Statue of Liberty!). Jim is also an Imagineer for Disney and has authored many books on the history of magic.

One of our proudest moments as a young company was when My Box Of Magic was chosen to be the featured magic sets available to buy at Hollywood’s world-famous Magic Castle gift shop. Another proud moment was when we started to see professional magicians buying our tricks and performing them in their acts.

I think what sets us apart from everyone is our commitment to our mission. Each trick MUST fit our criteria that the magic is professional level – I always ask, “Would I perform this trick?”, and the second question is, “Is this easy enough for my 10-year-old son, Jackson, to perform?”.

How do you think the industry will change over the next decade?
Magic is a perennial niche. It’s something that parents pursue for their kids at some point, whether a birthday or Christmas gift and adults look for when seeking something fun to impress their friends. Once someone gets bit by the magic bug, they begin a lifelong journey of finding and learning new magic to perform.

With the recent popularity of “street magic” and magic on platforms like YouTube and Instagram, plus touring shows like The Illusionists, and celebrities like Penn & Teller, David Blaine, and David Copperfield, the audience and interest in magic have grown bigger than ever.

We hope to give everyone the ability to amaze their friends, and maybe even inspire the next wave of professional magicians. 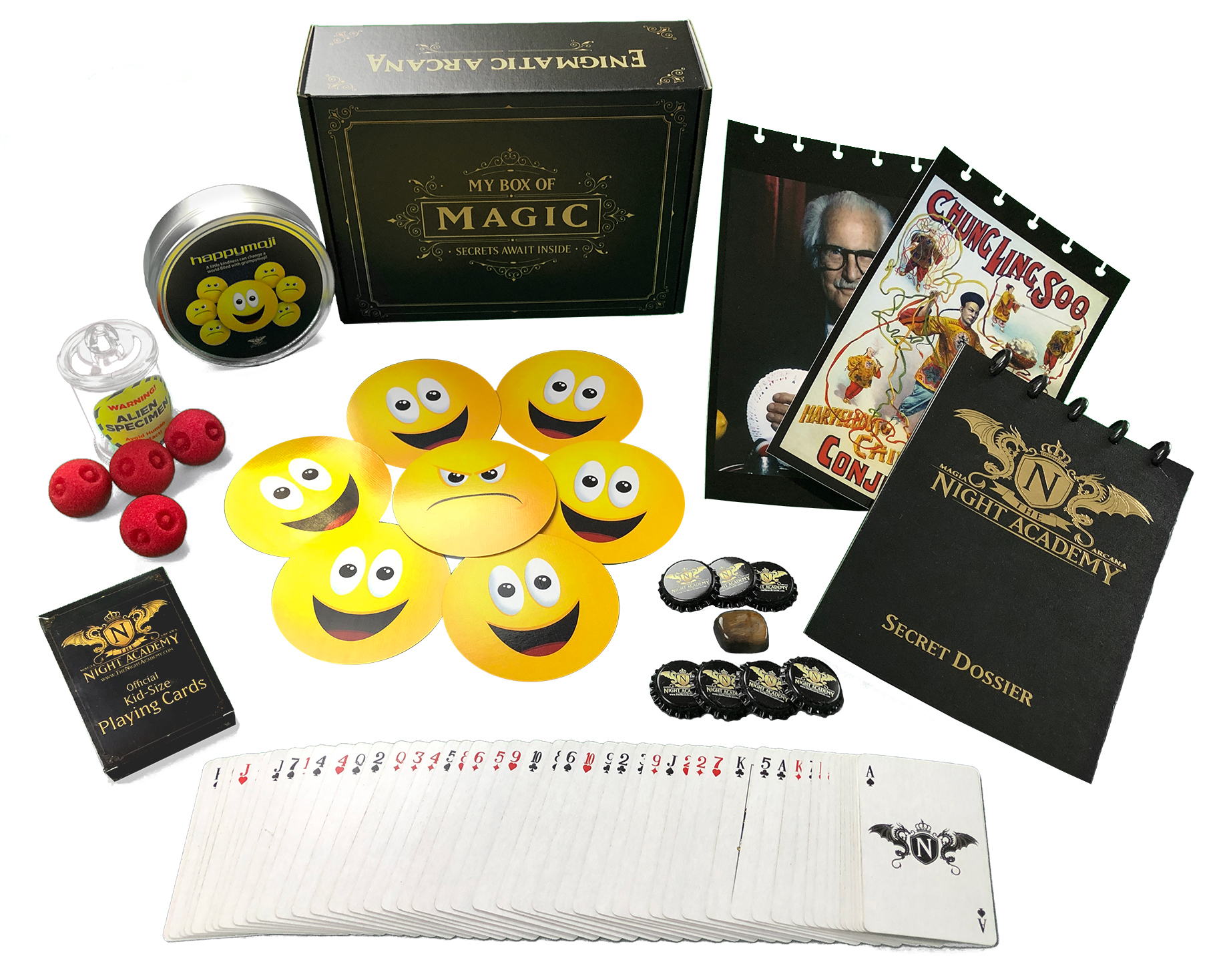 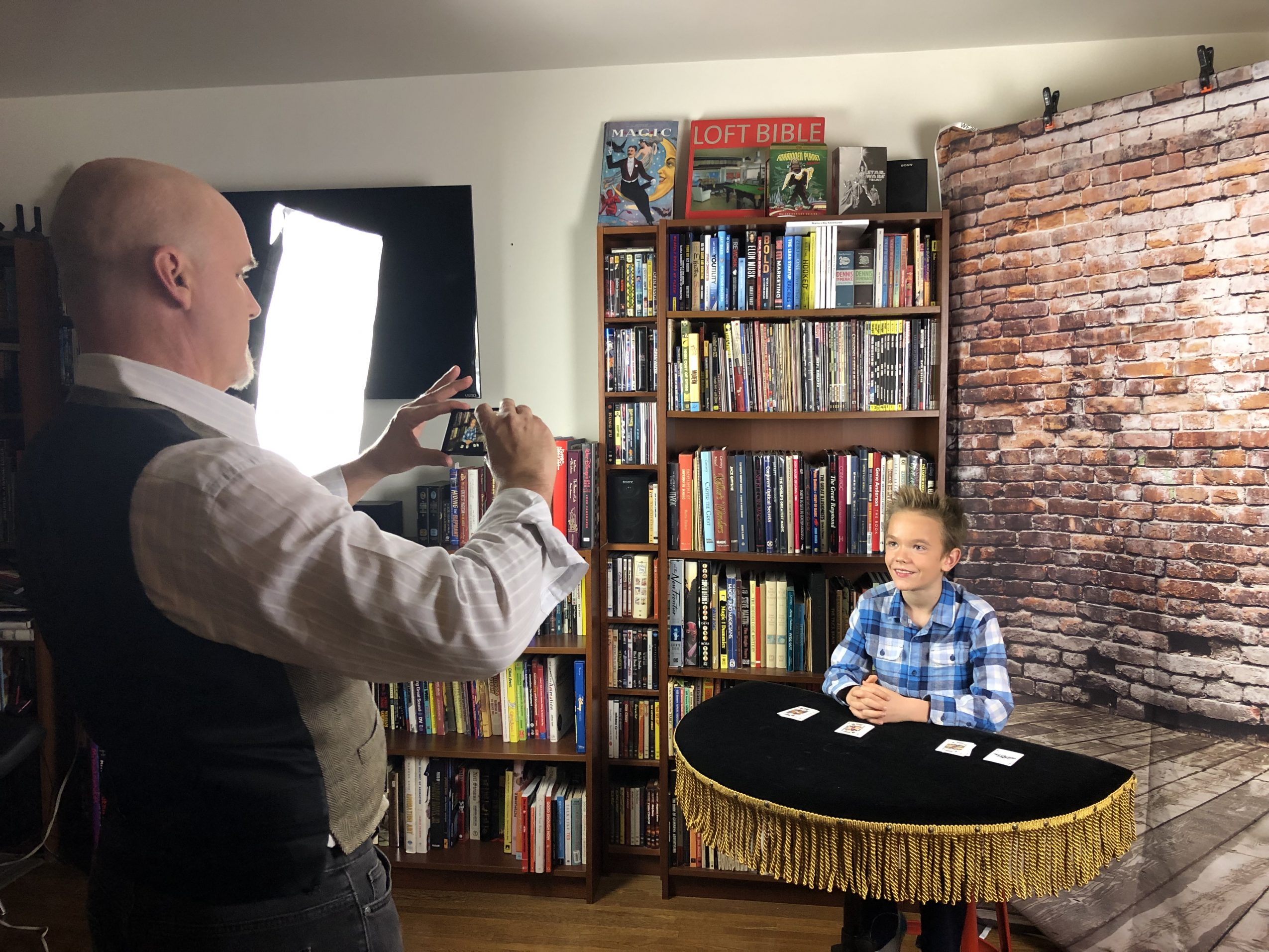 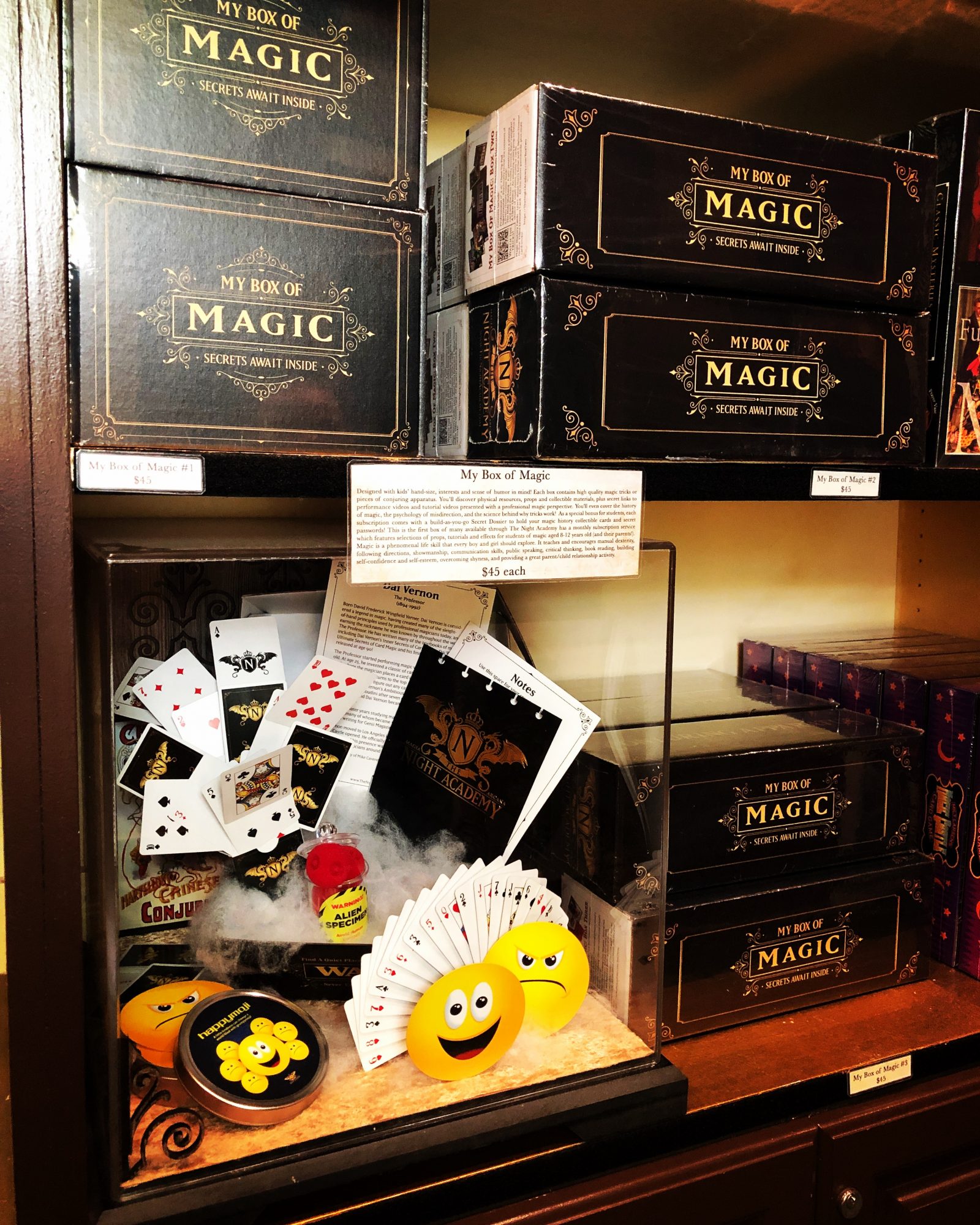 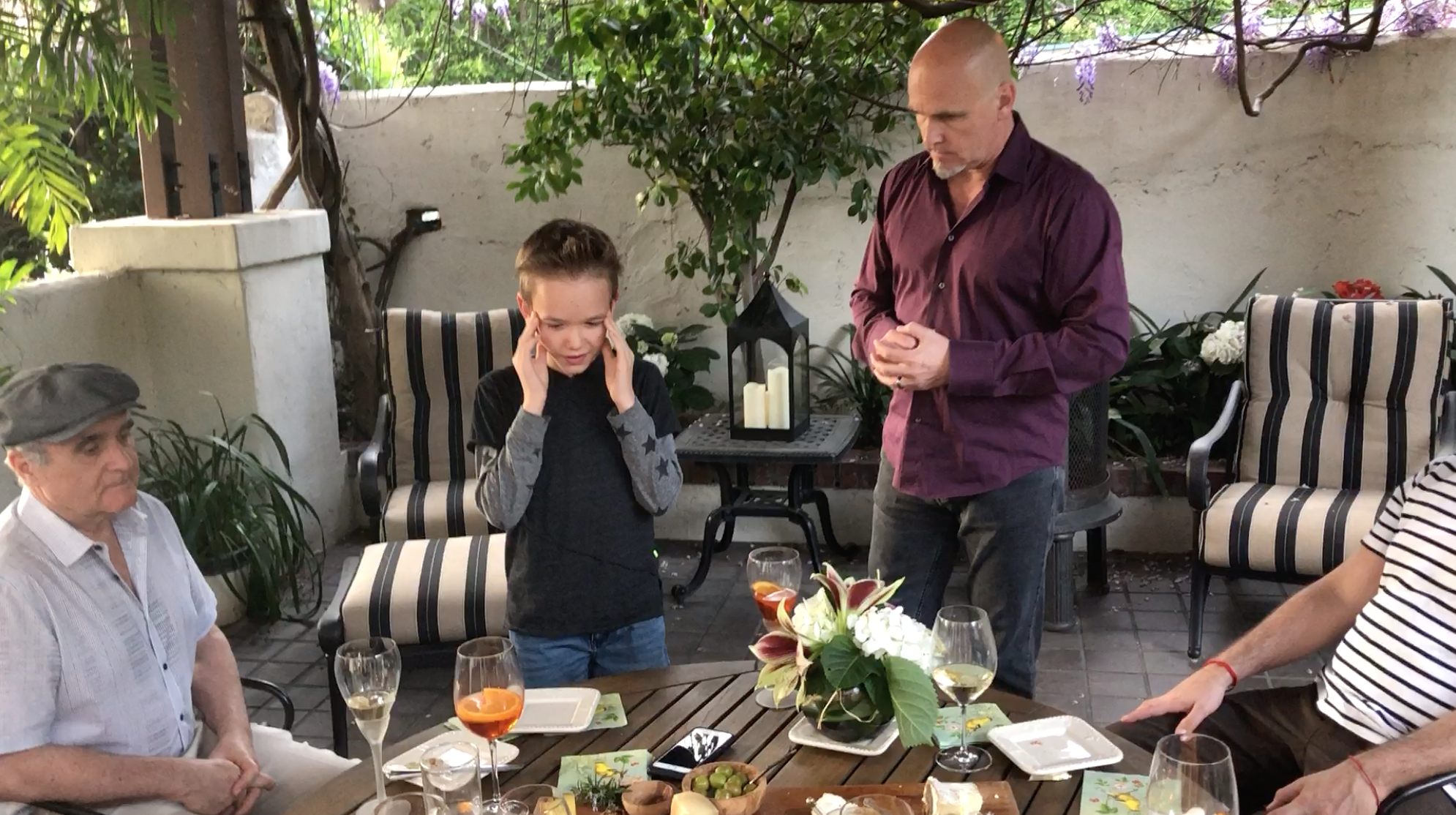 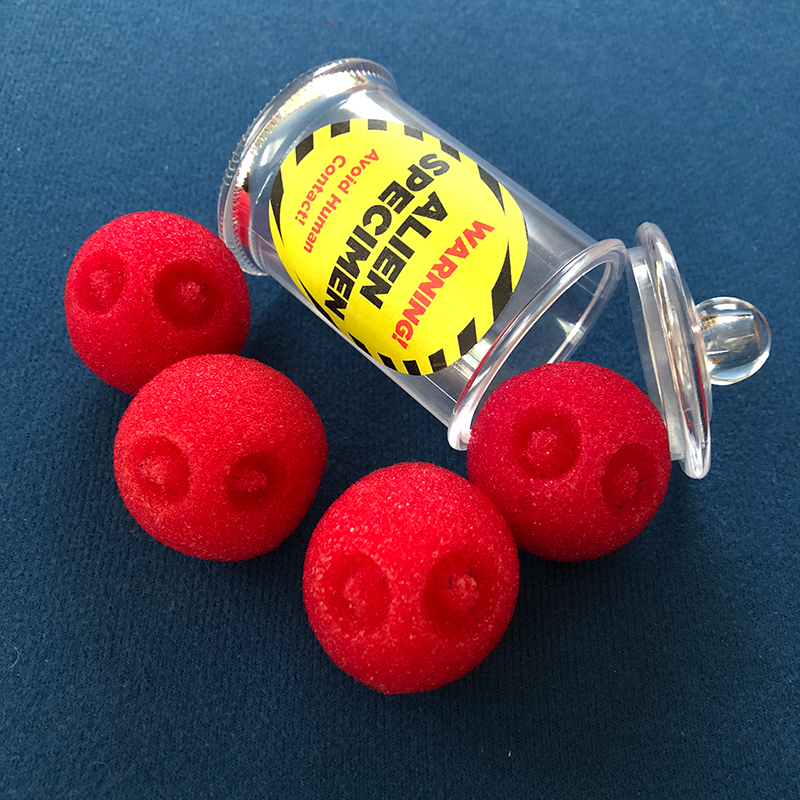