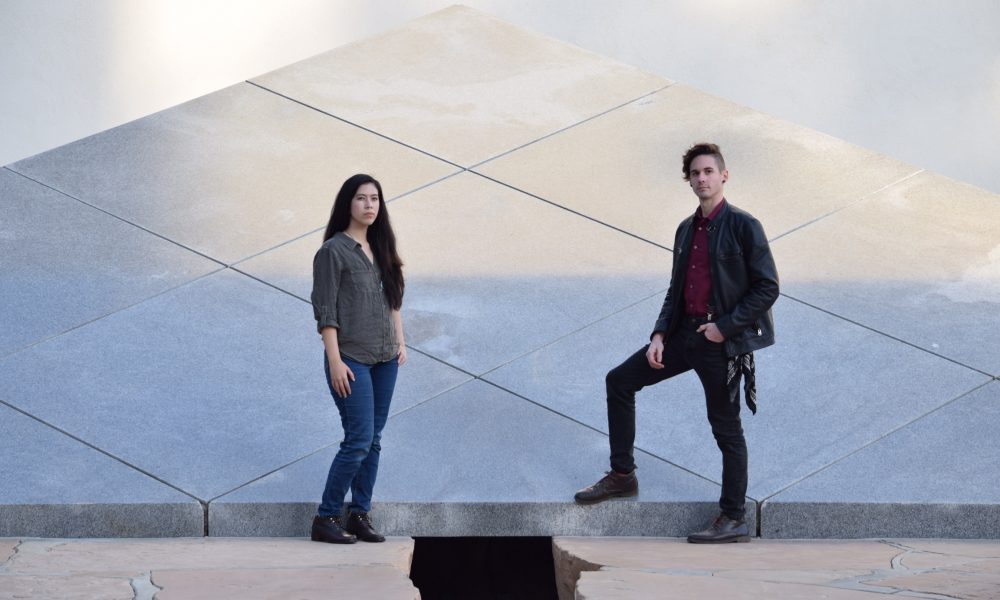 Today we’d like to introduce you to Nicholas Gathman.

So, before we jump into specific questions, why don’t you give us some details about you and your story.
I was born and raised in Oklahoma. Home to endless farmland, tornados, soul-filling comfort food, and much more. But none of it was enough to satiate Nicholas’ desire to do big things in life.

I lived in a small town called Henryetta. It’s a quaint little town where everyone knows their neighbors. It’s nice and quiet there too with lots of green nature and wildlife. The majority of my immediate family lives there. Almost everybody I knew in high school still lives there too. I’m one of the only people in my group of friends that moved out of state.

I’ve been writing songs, playing in bands, and performing in front of crowds since 2012. But it wasn’t until a few years ago that I really started to come into my own.

Between 2012-2016, I tried playing in various bands with friends. For one reason or another, they all fell apart with time, but I never stopped trying.

The idea for Blood Orange Renegades came from a yearning to do something more than what I had done before. I had this nagging feeling that I could be making something much better, much more interesting than what I was used to making.

What separates B.O.R. from previous musical endeavors is the vision. I didn’t have a clear vision for any of my previous projects, so they inevitably fizzled out.

My previous project, I See Canyons, consisted of only myself and lasted from 2014-2016. This project was heavily influenced by music of that time, and I realized I didn’t want that. I wanted to make something timeless. I knew I needed to switch gears if I wanted to obtain any form of longevity with my music.

And that required a new name.

I brainstormed a myriad of names, passed them around to friends and family to sort out the best ones, finally narrowing it down to Blood Orange Renegades.

However, even though I was making music under a new name, it was still just me. It wasn’t until my wife Kris took the seat of copilot and drummer that the band really began to take shape. I feel our combined efforts are able to produce songs of a much greater caliber than anything I had previously attempted. This past April, we released our record “Passenger” and received quite a positive response from our listeners.

It’s taken a lot of trial and error, but I believe Blood Orange Renegades has something to say. We’re gonna stick around for a while.

We’re always bombarded by how great it is to pursue your passion, etc – but we’ve spoken with enough people to know that it’s not always easy. Overall, would you say things have been easy for you?
Living in such a small town in a remote environment can be taxing on a heart wanting to explore the world. Don’t get me wrong; I love visiting my hometown and stopping by my favorite spots, but it’s not an environment that has room to allow for creative growth.

Whenever I’d try explaining my plans to move to California and become a working musician, I’d get scoffed at, laughed at, and told that it wouldn’t work. That I shouldn’t try because I’d fail.

That was probably the biggest hurdle to jump over. Seemingly everyone in your life telling you that your ideas won’t work. People saying to your face that they believe in you, but mocking your attempts behind your back. It’s not easy to keep your head up in a place like that.

Let me tell you, I was hard-pressed in trying to find someone I could truly relate to.

Luckily I had a few close friends that kept that road from feeling so lonely.

It was also difficult because there really aren’t a lot of driven, reliable musicians in rural Oklahoma. 99% of the time someone picks up an instrument, it’s fit school or maybe just a hobby. You’re more likely to find working musicians in Tulsa or Oklahoma City.

Since the pool of players was pretty shallow, I’d regularly have to travel across the state just to rehearse.

In 2013, I was in a band with dudes who were all local to OKC while I was still living in Henryetta. Twice a week, I would drive to and from OKC so we could rehearse together. Driving in Oklahoma is much different than out here. Sure, there’s no traffic, but an Oklahoma mile is a long one.

I could go on and on with all of the adversity I’ve faced growing up, but I don’t want to sound like I’m completely without fault. I understand where they were coming from. To them, I probably sounded like some kid who just had extravagant dreams with no follow through.

But these are the same people who walk around talking about how they have dreams of their own. They want to accomplish this or that, start a business, learn new skills, etc.
Yet they take no action to get closer to their goals.

Can you give our readers some background on your music?
We make music and play shows. I, Nicholas, specialize in songwriting and music production. Our most notable release is our newest record, Passenger.

I’d say I’m most proud of our ability to persevere even in tough times. My wife and I come from two incredibly different backgrounds, yet we’re able to come together and make something that resonates with people and brings us closer to each other. That’s something I never could’ve dreamed would happen in my life.

We don’t take ourselves very seriously either. I believe that comes across in our music and makes it better than it would be otherwise. We wanted this band to be an open invitation to creative decision-making and experimentation. The fact that we’re an alternative rock band with a trumpet is pretty out of the ordinary, I’d say.

What were you like growing up?
Most people would probably say otherwise, but I was actually pretty shy for a lot of my life. I still am and occasionally slip back into a more introverted personally.

Like many kids, I wasn’t really into sports. I played video games and watched a lot of cartoons. I liked building things with Legos, drawing, and reading too. But I don’t read novels very much nowadays. Maybe one book every couple of years now.

I was enrolled in taekwondo for several years. I was pretty good at it too. It allowed me to let out my inner frustrations and taught me important life lessons such as honesty, integrity, and humility to name a few.

I sometimes wish I could go back and finish though. I stopped attending classes just three belts before black belt.

Music overtook taekwondo around 2005. I was entering 5th grade and joined the school band. My instrument of choice was the trumpet which I loved. I ended up playing trumpet all through school and still play to this day.

You can hear my trumpet on our new record, Passenger.

Once I discovered music, that was it for me. I had finally discovered the platform that would ground me and I wanted nothing more than to play and make music from then on. It was the outlet I needed to really express myself and, thankfully, it came at just the right time. Through music, I was able to get a grip on who I wanted to be. I also made some great friends too.

Music has always provided an avenue for me to get to know people. Without it, I wouldn’t have been blessed with as many opportunities or met some of my best friends. 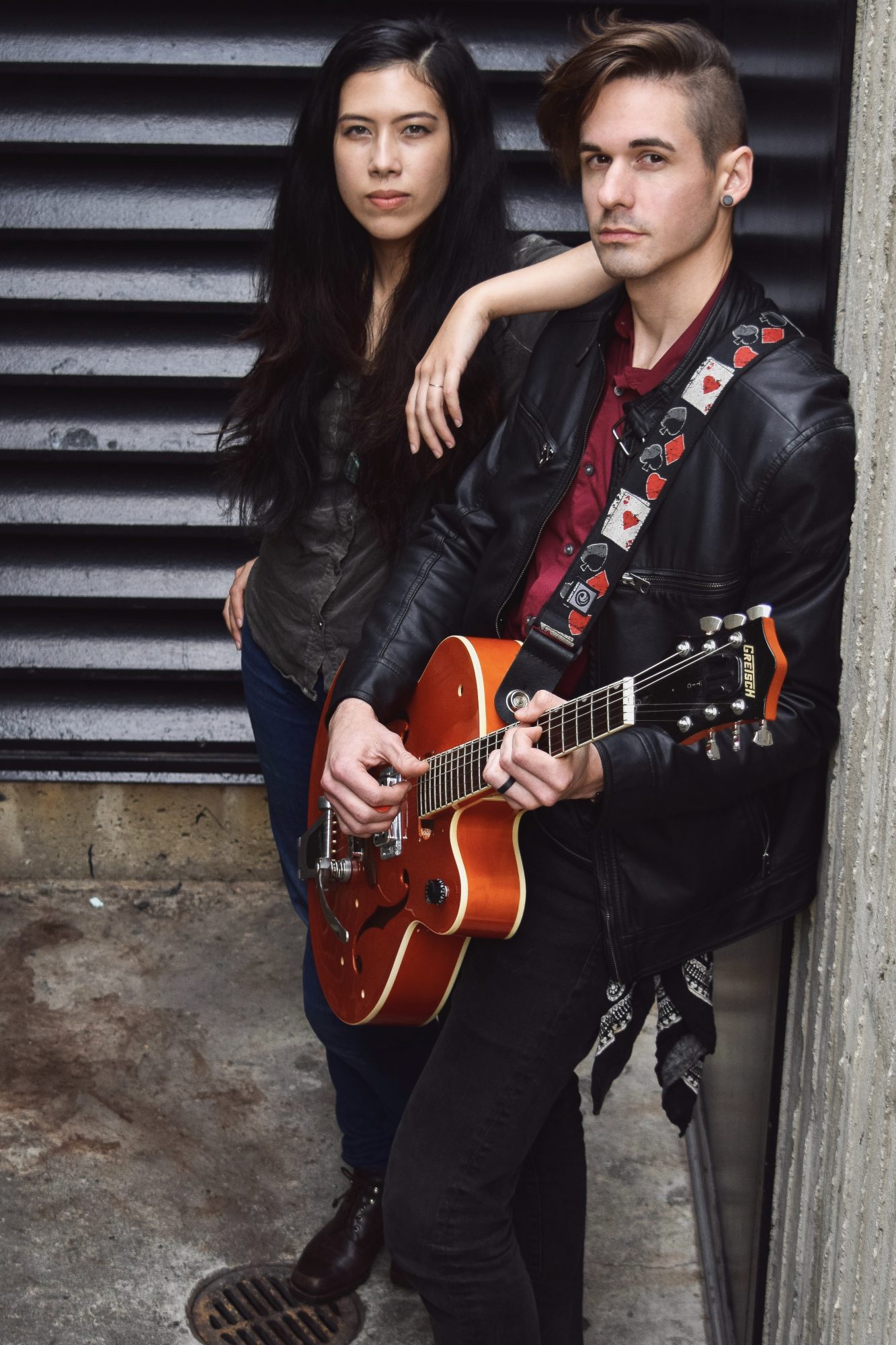 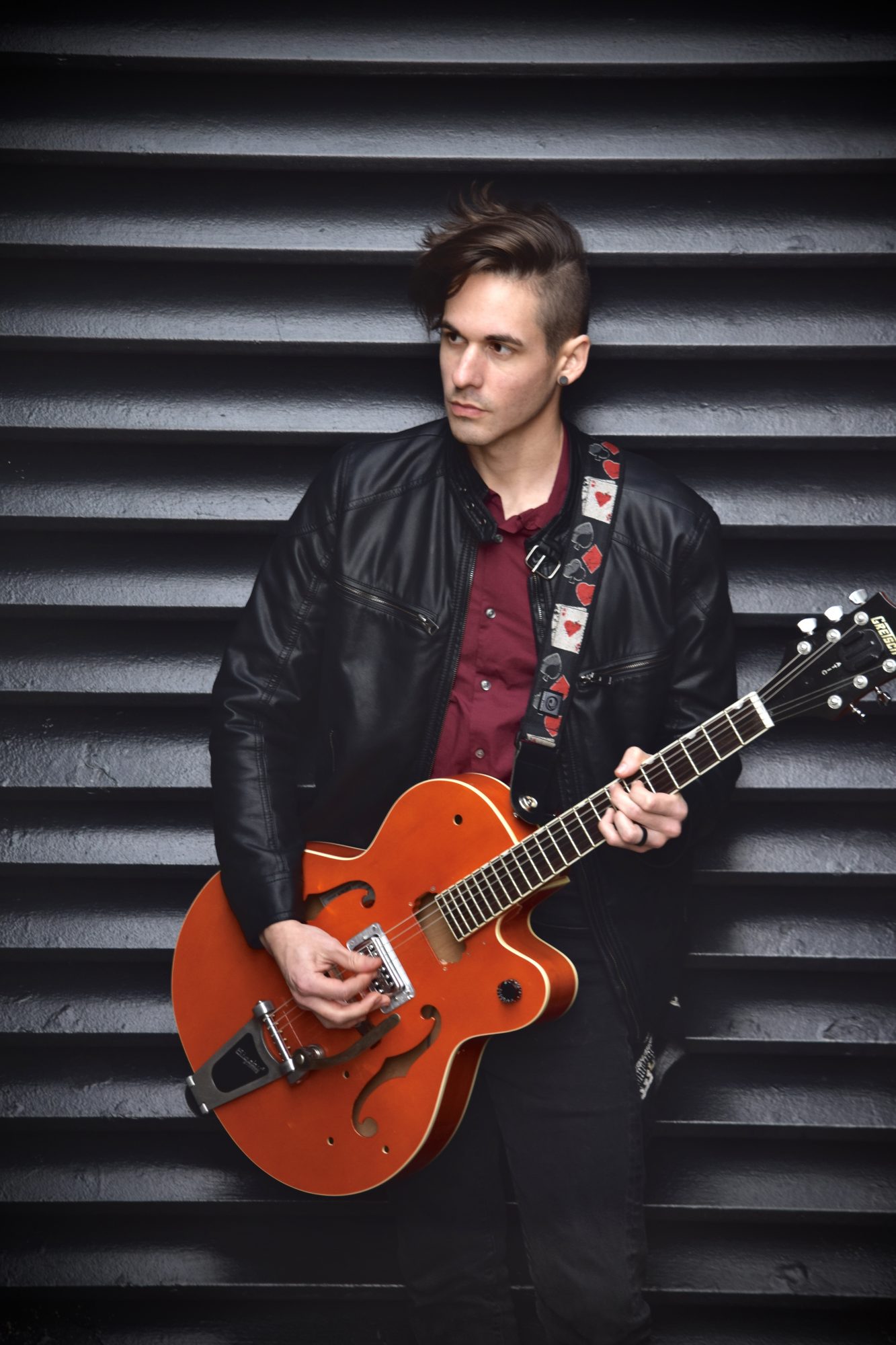 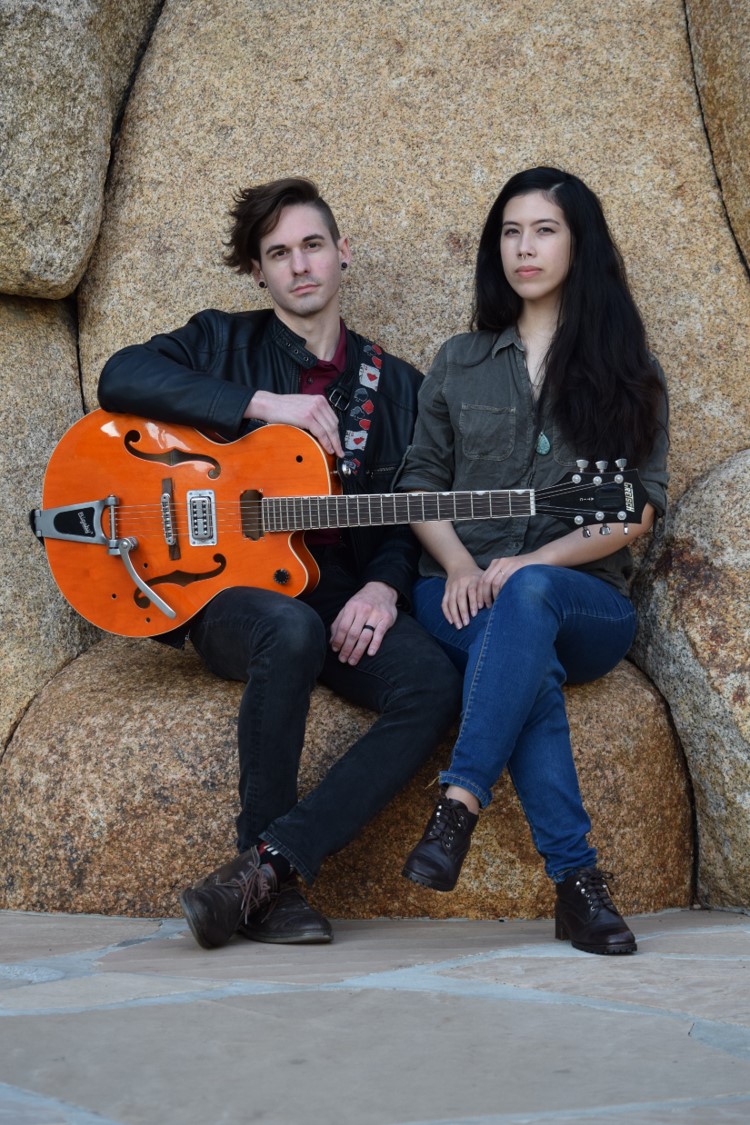 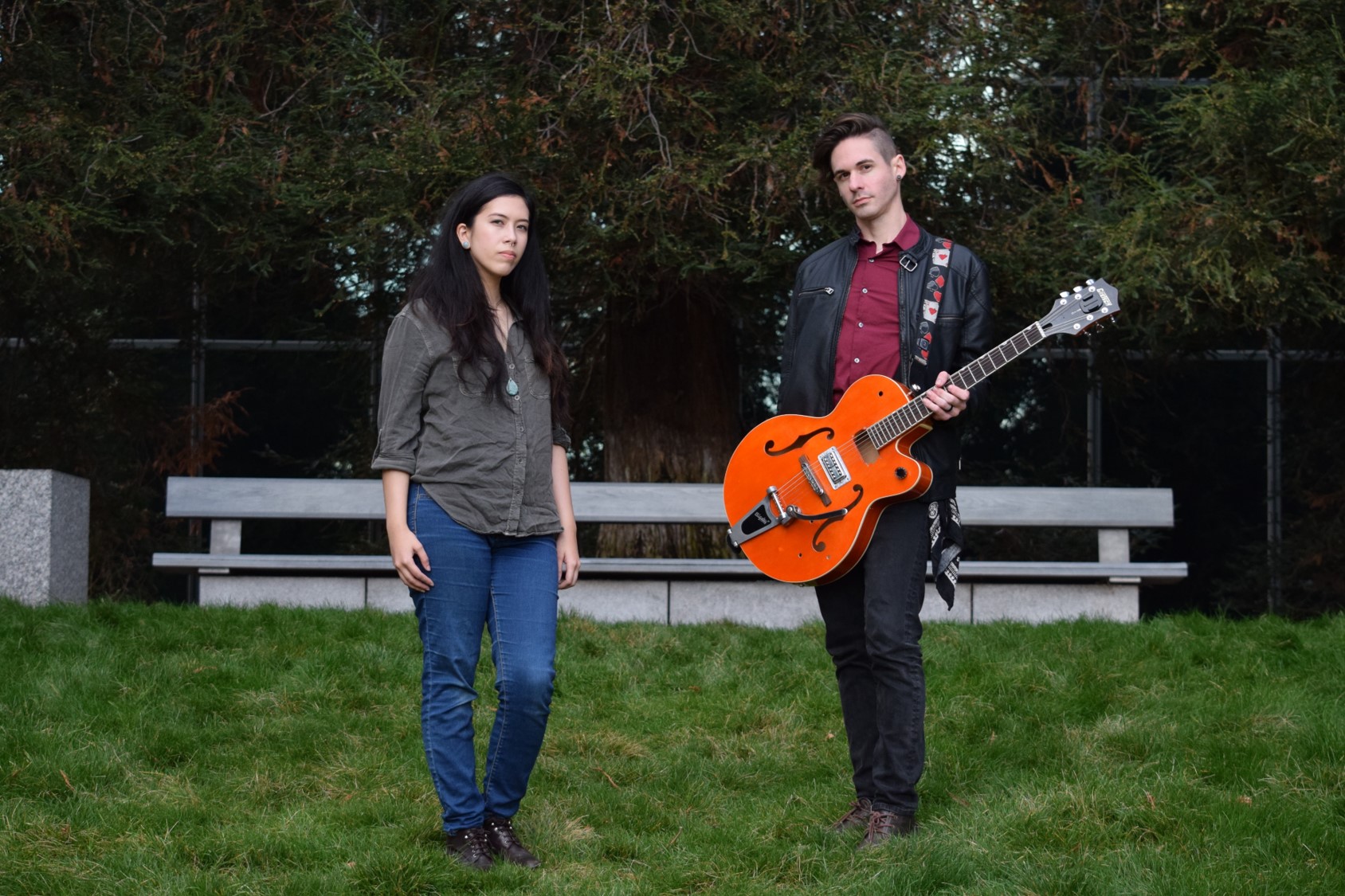 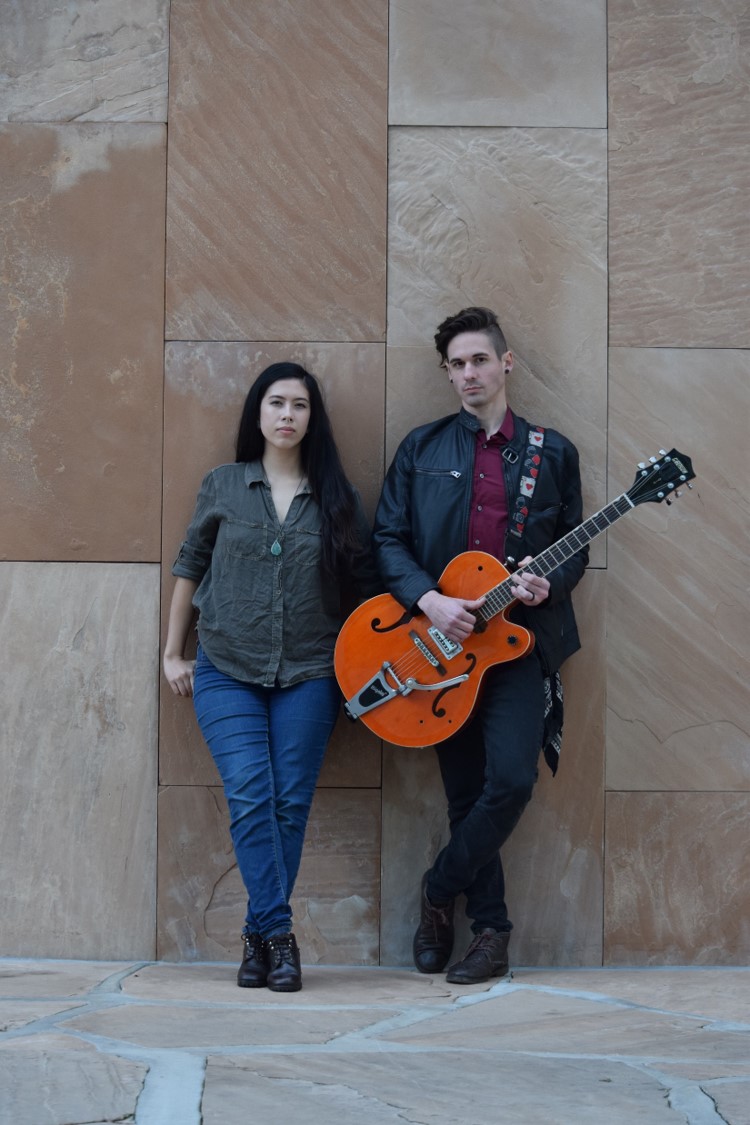