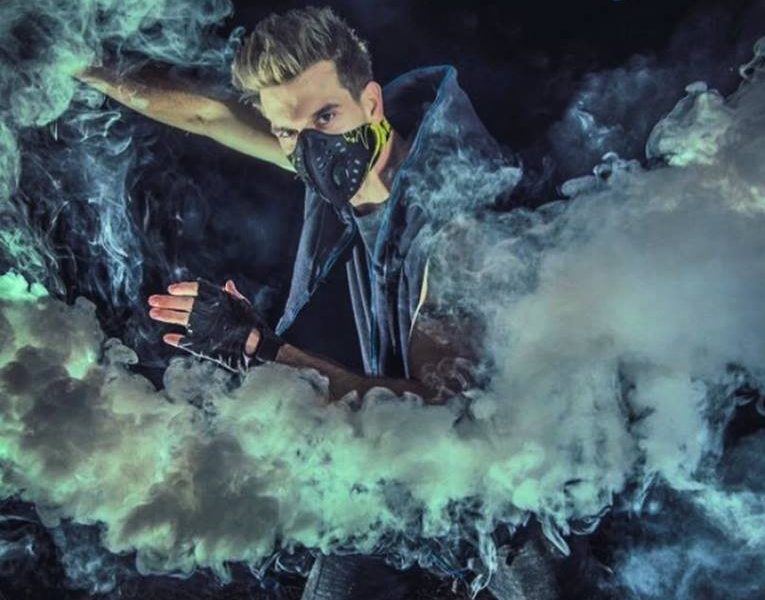 Today we’d like to introduce you to Nic McLaughlin.

A fixture in the Los Angeles Street Artist communities “Street Meet LA, TFTI, & The Masked Ones”, a group of both Rooky & Veteran street models, fire breathers, colored smoke performers and photographers; Nic currently performs with colored smoke, shoulder to shoulder with other big name performers like The Skeleton Of Color. As also seen in Nic’s motivational video series, “Welcome To The GoodLife”. Nic is the first artist to perform with smoked up electric guitars & tornado kicks, incorporating his martial arts experience and musical past. Hard to believe this same person is also a Life Coach. WAIT, WHAT?!

“I’ve actually been coaching people for a long time, but it’s only semi-recently that I started doing these crazy stunts. Originally, I showed up to a Streetmeet Event as a photographer & I overheard someone saying there weren’t enough models, so I jumped in like batman, took a can of smoke and totally didn’t know what the hell I was doing”. The real question here was, what got Nic into all of his spin kicking, guitar smoking, motivation madness?

“I was in 12 bands, one after the other, (all different genres), and finally my friend & I were about done with it all, so we figured we might as well go out with a bang & do the craziest thing we could think of; try out for X-Factor. I had social anxiety, even when I performed weekly, and on top of that, I only had a year of singing lessons and even my teacher thought I sucked, (also my rapper friend was semi-new at rapping & had trouble with his flow). There was no way we weren’t going to get laughed off stage, so we just went with it and practically dressed up like Will Ferrell & John C. Reilly from step brothers”.

The only problem with this idea was Nic had no clue this was the perfect strategy. When fending your own against thousands of talented singers, the best way to gain attention by any TV-Network was to walk in as the class clown. And the crowd treated them exactly so…that is, until the music started. One thing Nic forgot to mention, was there was a reason he and his friend had gotten so far in the music industry, and that was one thing; their energy. After a hard tormenting of criticism by the judges, once the music started, they immediately became speechless while the crowd of over 2,000 turned their laughs into roars of excitement. Demi Lovato had even told them how they were like “Firecrackers”, at least until Lorenzo, the rapper had forgotten his lyrics, in which, Nic wasn’t able to back up.

“Good news was we were told we made it to the top 50 out of 10,000 in LA; bad news was we didn’t make it & with 2 out of 3 votes being a “No” due to the lyrics being forgotten, it was the most depressing day of my life since my childhood”. But as Nic & his team-mate were leaving the building, a new fan ran up and told them how incredible their energy was and how much of a shame it’d be if they ever quit pushing their dreams.

“AFTER THAT MOMENT, I WAS SO MOVED, I PERMANENTLY KEPT MY HEAD UP WITH A VENGEANCE”

Nic had finally ignited the spark of both positive & negative inspiration to remember the wise words of a stranger while proving the judges wrong. “Nothing fuels you more than proving everyone wrong, especially since day 1 of attempting to sing when every person I knew told me to quit before I started”. Nic figured, it was time for a break from music to find himself, so he picked back up his old camera and headed to his first street photography meet up, to which, led us to where we are.

Nic is currently massively picking up his Life Coaching career while incorporating his new passion of colored smoke performances to tell a story in his motivational video series & his upcoming Podcast, “Welcome To The GoodLife”. Nic’s goal is to bring motivation through his colored smoke performances to build kids/millennials awareness of their purpose in a fresh, visual, and relatable way.

Overall, has it been relatively smooth? If not, what were some of the struggles along the way?
It has NOT been easy. It’s not that I went through the worst childhood, but the fact that everything piled on me all at once at such a young age. When I was 6 my parents divorced, leading to getting bullied in school, leading to doing poorly in school, leading to gaining tourettes to stress and to top it all off, every dream I ever had, my friends had continuously told me to quit and I’d never make it.

Nic McLaughlin – what should we know? What do you guys do best? What sets you apart from the competition?
I create motivational content with a creative twist through the incorporation of colored smoke and visual story telling for millennials looking to find their purpose in life through something relatable, fresh, and innovative. I’ll incorporate colored smoke, fire breathers, gritty street style and powerful analogies in a visually saturated expression of color. And lastly, I’m planning on creating bandanas with drawings from kids with unfortunate situations to spread awareness of their charities and to empower kids of their purpose.

What is “success” or “successful” for you?
Success for me is when I stop fighting for happiness and start acknowledging for my “knowing” of my happiness. If I have to try to control an emotional outcome, then that must mean I’m limited in that outcome. But if I had a sense of “knowing” that even if I’m having the worst day of my life, but I’ll know I can be happy whenever I want, then I have established a never ending waterfall of abundance in my happiness. No matter what my short term consciousness is screaming at me on either a good or bad day, I know my overall consciousness will be abundant in love, power, and fulfillment. Anything I gain externally from that is just a cherry on top. Don’t get me wrong; I’m hugely competitive but there’s a difference between fighting to win and knowing I’ll win. Anyone I sense with a heart like that will be able to attain absolutely anything and lose absolutely nothing. 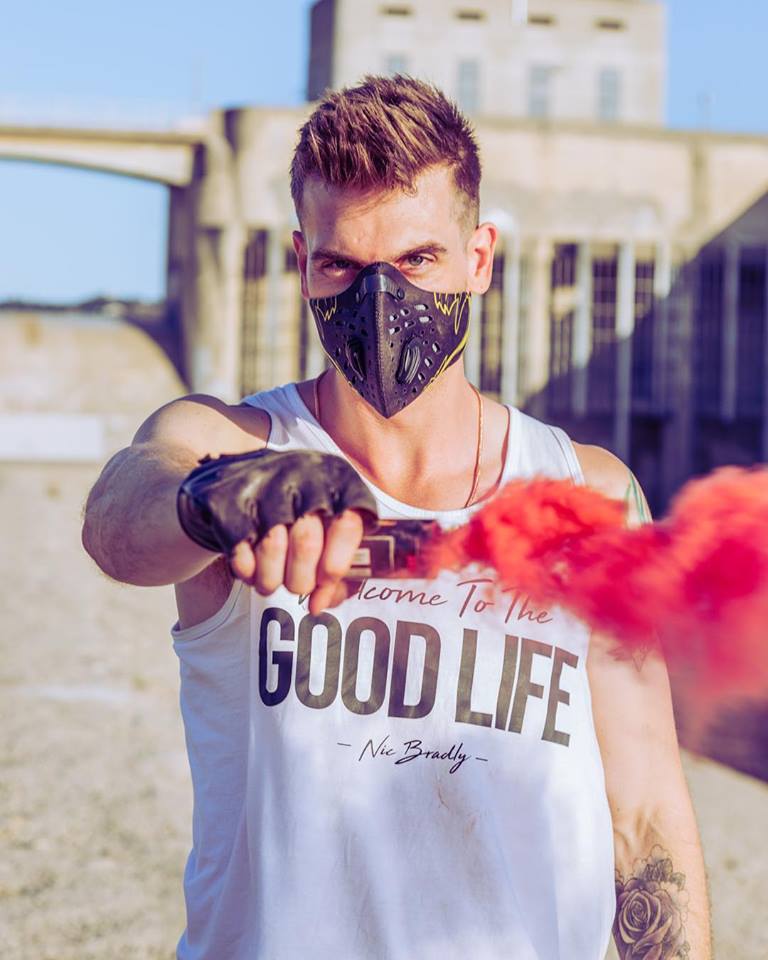 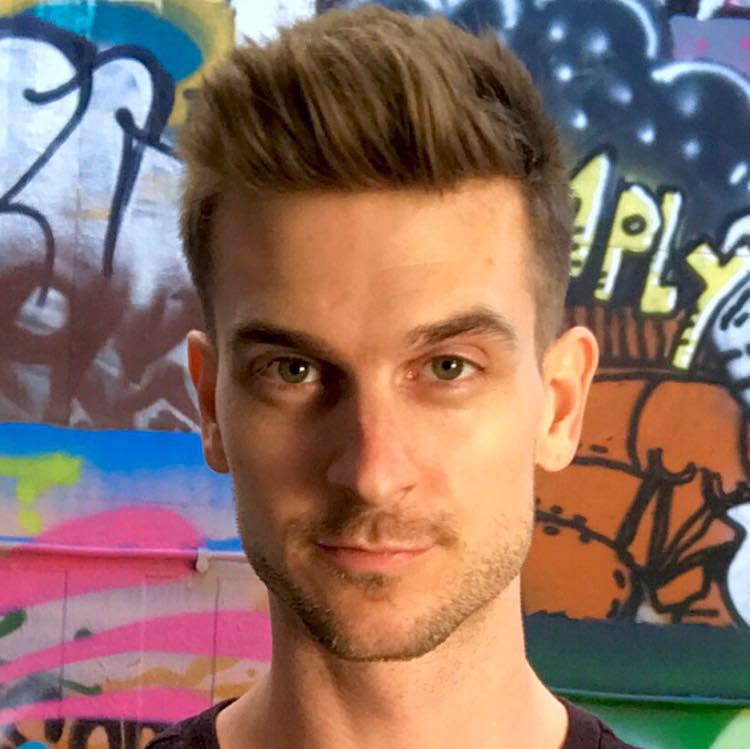 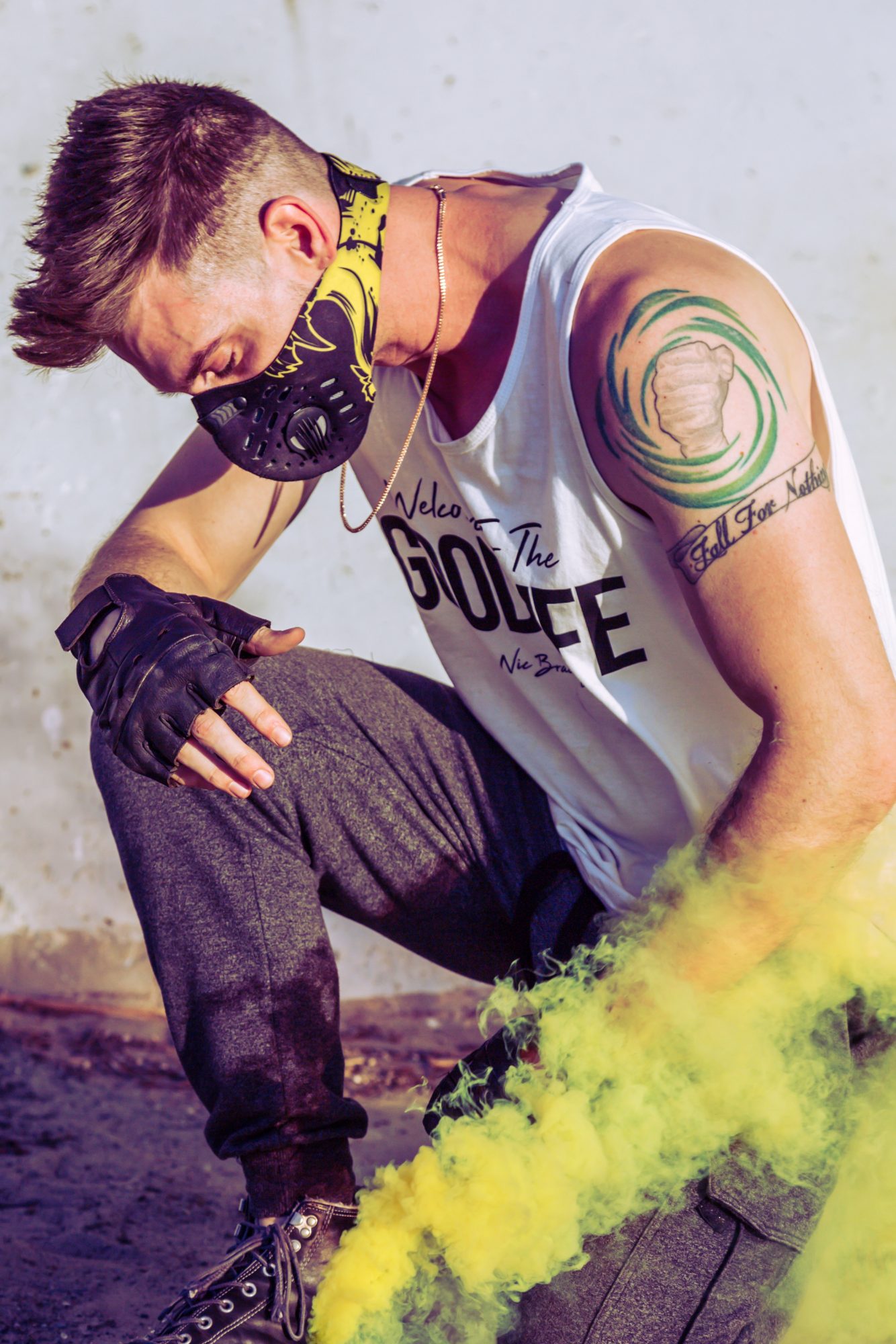 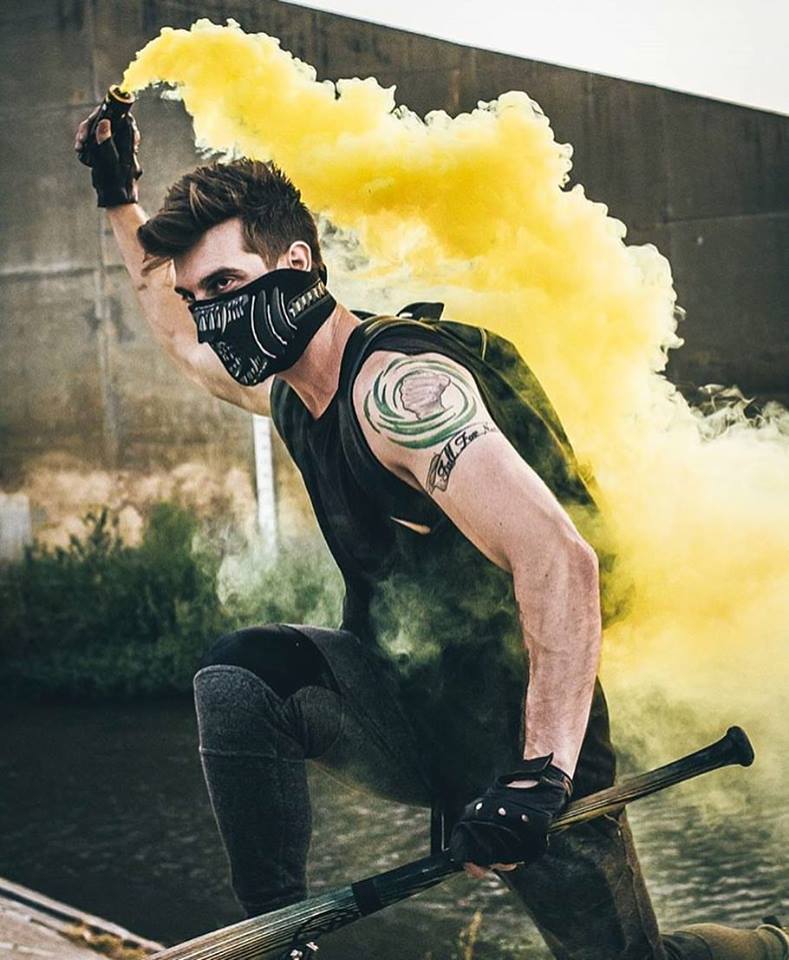 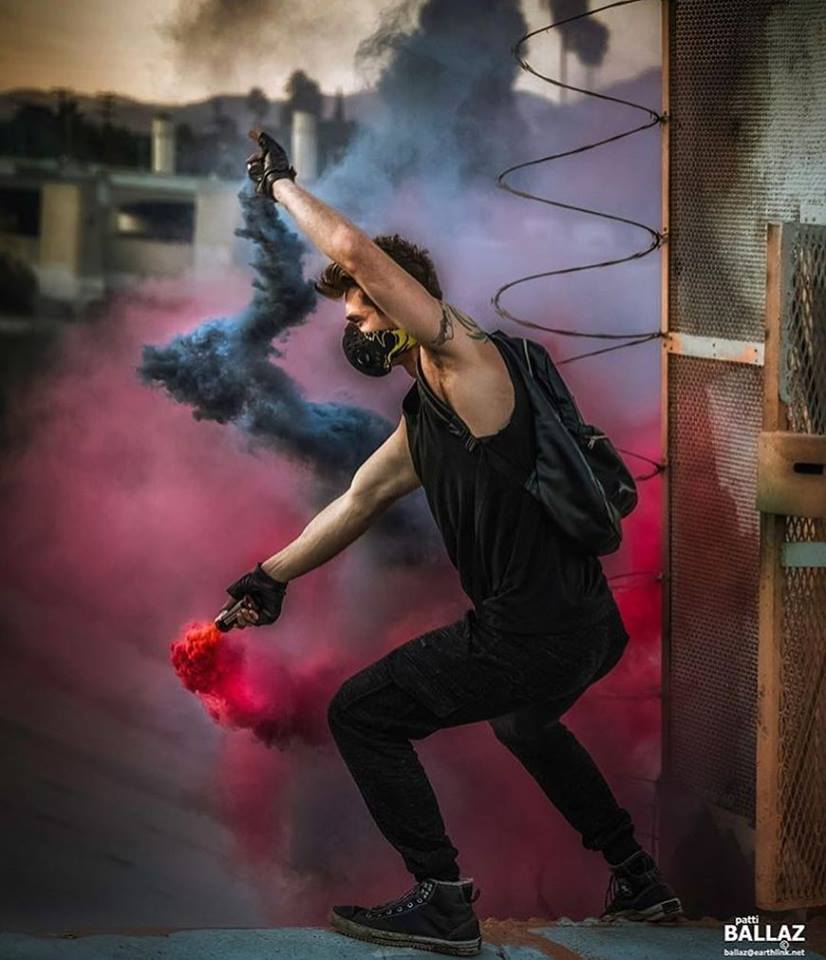 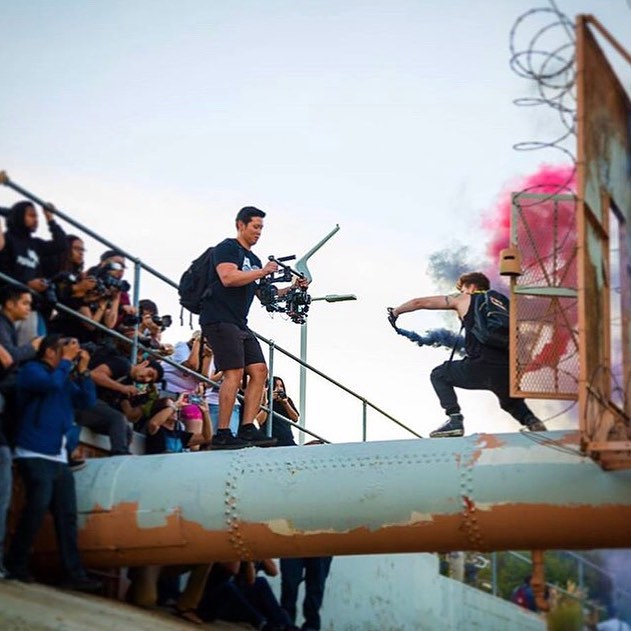 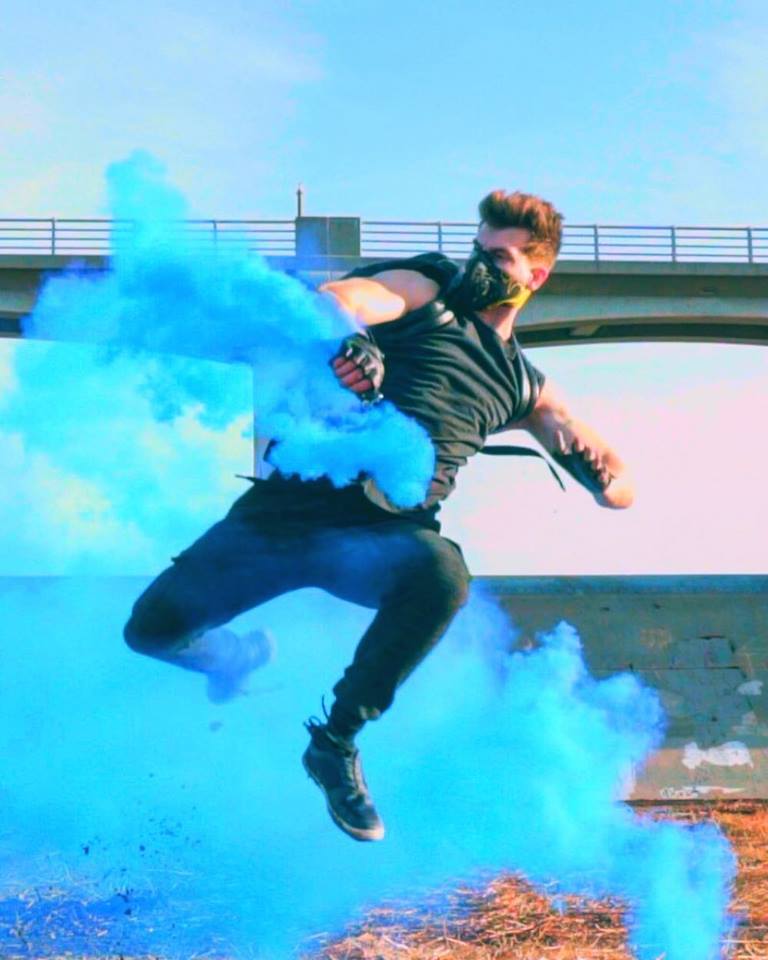 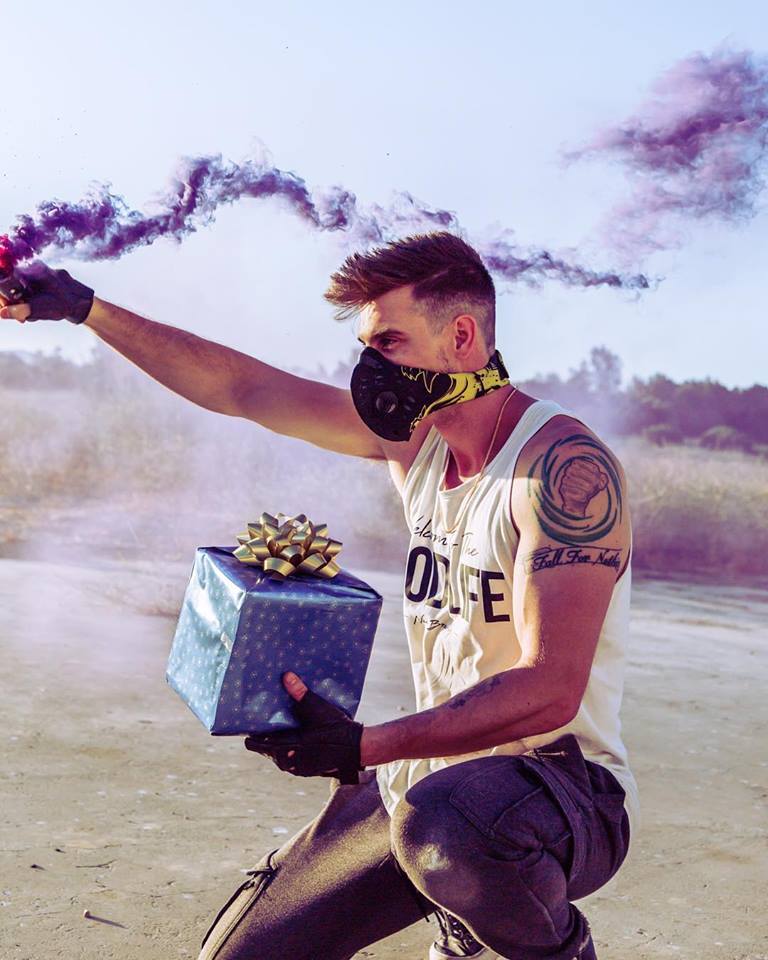