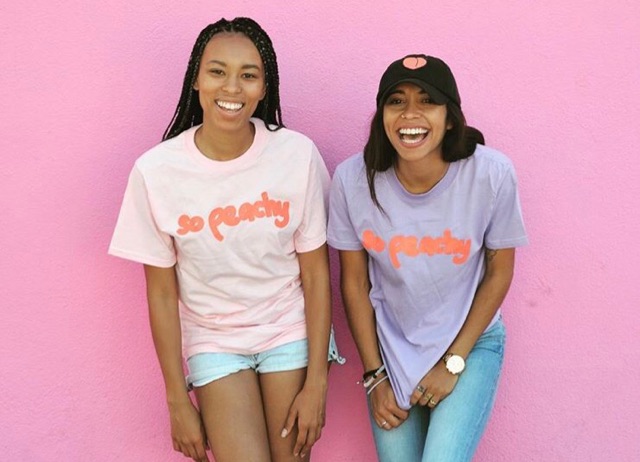 Today we’d like to introduce you to Neima Patterson.

Neima, please share your story with us. How did you get to where you are today?
I always loved stories. I loved the way other people told stories and I loved seeing people’s reactions when sharing my own. That love translated to dance and writing as a kid. When I chose to major in Dance at UCLA, my journey soon took me into dance film, then filmmaking, and then, coming full circle with the writing, screenwriting.

I pursued many internships on feature film sets, studios, and production companies until I realized I wanted to be a showrunner (Executive Producer of TV shows). At UCLA, I got practice in my producer hat by getting involved in organizations that allowed me to facilitate spaces for creators such as student concerts, concerts featuring big-name hip-hop artists, and workshops. I was facilitating space for others just as much as I was creating.  I began doing group art exhibits and performances independently with spaces like Space15Twenty and Think Tank Gallery.

I also decided to take a risk and finally translate my producing skills into scripted content by starting a web series called “Peachy Series.” While this web series didn’t get much acclaim, it revealed brand potential. What stuck with people was the theme song’s content about reclaiming life, the animated peach logo, and the title. When my now business partner, Whitney Woods, came in to help with social media, we mutually realized there was more to Peachy than a web series. We partnered to do more events and merchandise. We launched as Peachyland soon after, making events, original video and blog content, and merchandise our core pillars.

What naturally unfolded was a playground that conveyed a message of reclamation where I could bring all of my skills under one roof as a writer, content producer, event producer, and businesswoman. Additionally, we were able to create a multi-platform set of experiences that bridged the real life with social media feeds and content in a way I had never seen before. In 2018, we launched TRAP (Take Risks and Prosper) at Pamplona 89, an event series designed to give young professionals the tools to take risks as they approach the next step in their careers through panel discussions, connecting, and resources such as headshots and resume editing.

In this way, we are able to foster face to face connection with our community of, what we like to call, citizens of Peachyland so that the brand is personal, impactful, and constantly beneficial for them. With tons of scripted and unscripted projects up our sleeve, we’re excited for the world to see more! I’m finishing up my final year of my MFA in Film and Television Production at USC where I’ve learned a ton about writing, producing, and filmmaking in ways that have greatly benefitted Peachyland.

Overall, has it been relatively smooth? If not, what were some of the struggles along the way?
I had to let go of my own expectations to say yes to life, God, purpose, and new things.

I was afraid I would be seen as unfocused when, really, I was finding myself the way every young adult does. I’ve made sacrifices such as living at home to get through graduate school, taking work study and receptionist jobs so I don’t have to drop out of school, and interning while secretly being a business owner. It also took a while to get my family on board with being an artist. All of this has only served to humble me in a way that has brought immense focus. The focus and reminder of my purpose and passion of telling stories has gotten me through doubt and failure.

Peachyland came from failure. That failure was “Peachy Series.” However, I think the moment something is repurposed it can no longer really be considered failure. It’s “failure” was lack of eyes, traction, virality, and excitement. However, I knew that my events were always successful and the turnout proved my “influence.” It was about targeting that excitement online just as much as in person. It is something we are still learning as we explore what kind of content is best received by our audience.

Throughout all of that, my biggest struggle personally and within Peachyland has been with people. I went through two business partners before finding Whitney but those partnerships taught me my strengths and weaknesses. They also revealed what I was looking for in a business partnership. After teaming up with Whitney, I thought I could finally breathe but what followed was a series of creative partners on specific projects that overpromised, underdelivered, disappeared, or simply did not do the work. It took us about a year and a half to finally begin assembling a team of people we can depend on who are excited about the mission, the work, and the future.

Please tell us about Peachyland.
Peachyland provides curated experiences made personal that bridge the gap between the screen and real life to encourage reclamation, risk-taking, and social action. This interconnectedness of scripted and unscripted media, online content, events, and products creates an immersive, multi-platform destination that emboldens citizens of Peachyland to always find the sweet, the peach. What that translates to is events, such as our bi-monthly TRAP events at Pamplona 89, merchandise with positive messaging, honest scripted and unscripted shows in production, and blog and social media content for daily interaction.

While we have all of these pillars, our through line is to have the conversations no one is having in a way that is accessible in many ways, including financially. We do this by having free, YES FREE, events while so many conferences, seminars, webinars, etc. are costly. We also dedicate ourselves to niche content addressing issues you might only find lightly addressed in entertainment. Being unapologetically ourselves and putting our audience first has been our greatest achievement thus far. While still small, our citizens know that we create for them.

If you had to go back in time and start over, would you have done anything differently?
Learning as I go is one of my favorite things so I don’t think I would have changed any life steps, nor do I desire to go back. I’m way too excited about what’s ahead to look back there! With that said, I wish I would have had a better understanding of self: my work habits, my relationships, my emotions, my anxiety, my physical health and how it was all interconnected.

This would have made a few hard decisions less worrisome, a few ending relationships less devastating, and many panic attacks less severe. I am just now learning to enjoy the journey and stop gunning toward the non-existent destination of success. I wish I could’ve remembered that where I was standing was always once my dream. If I hadn’t let myself down thus far, I could only keep climbing from there. 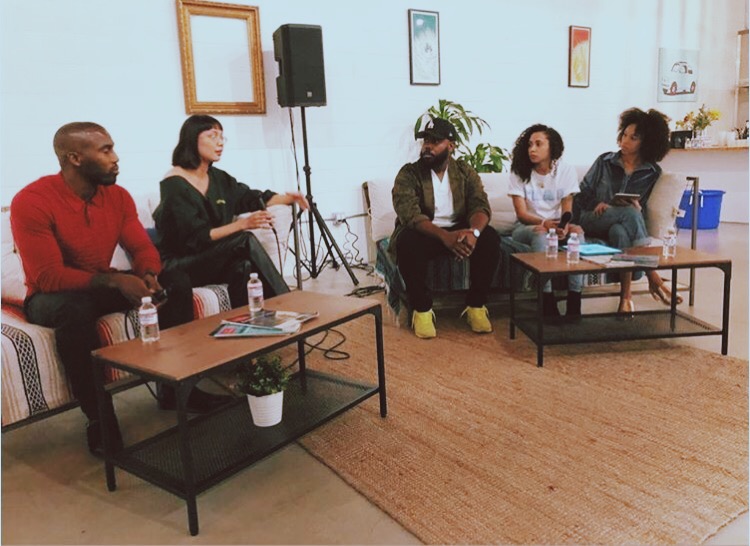 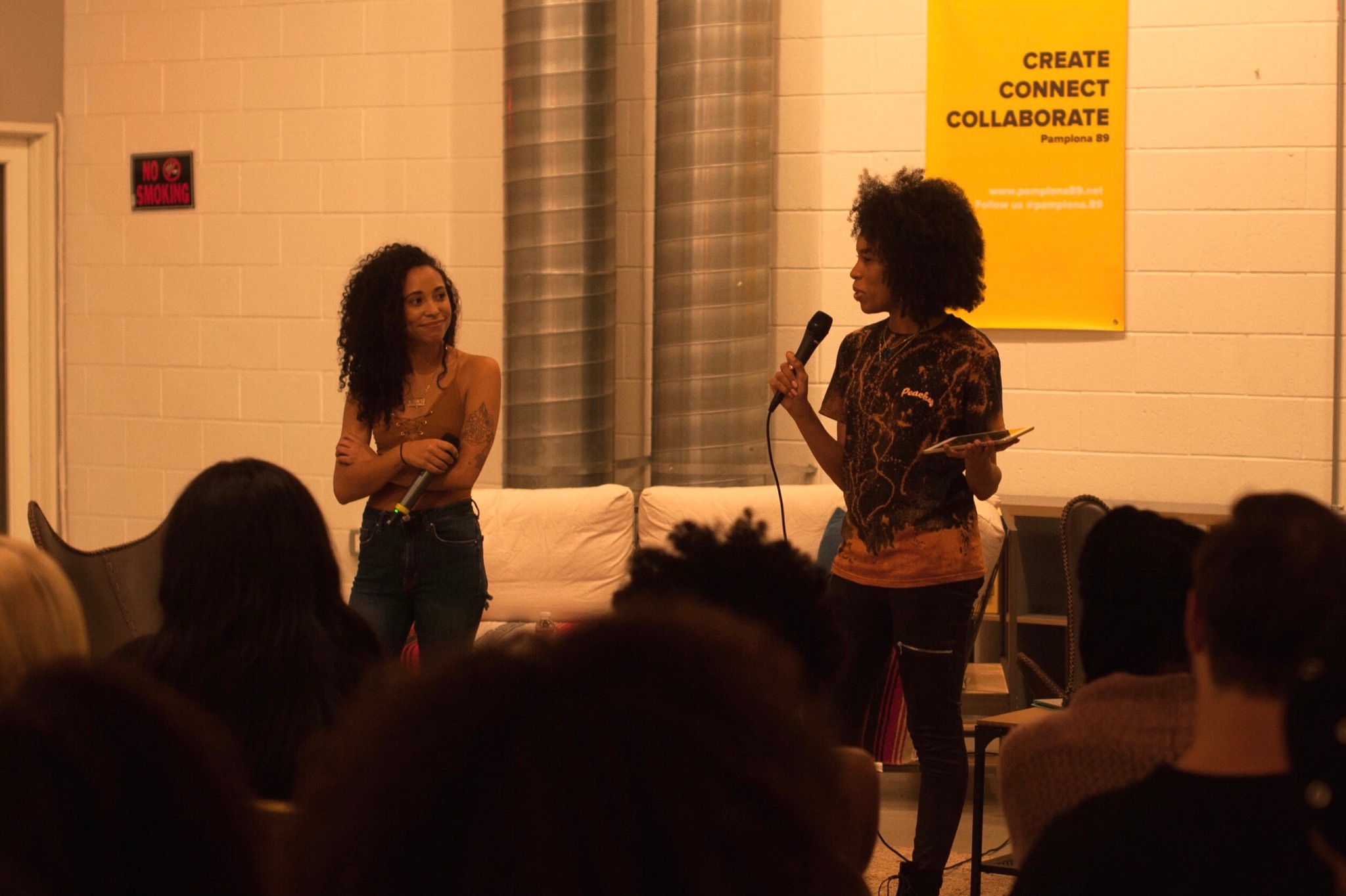 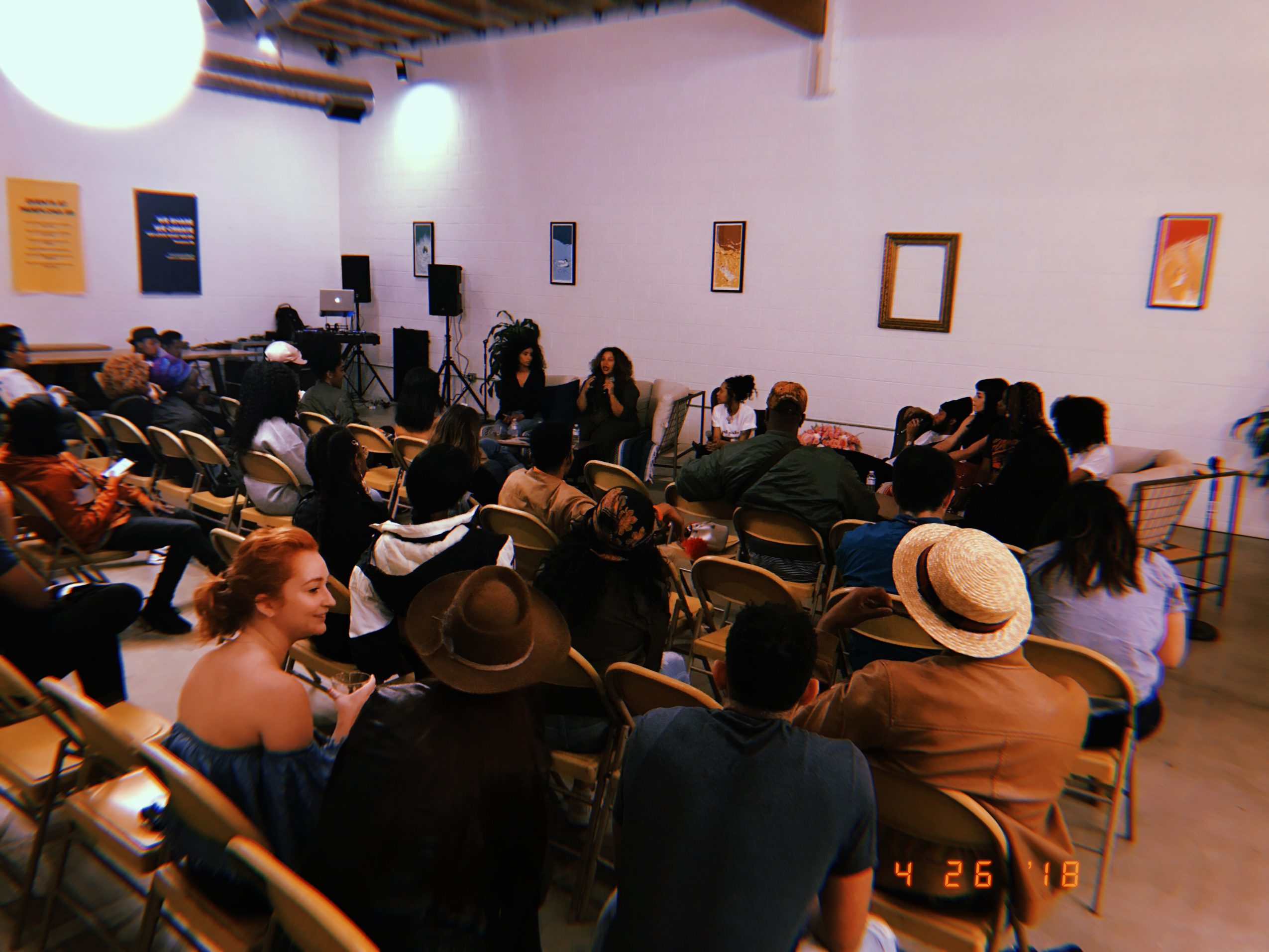 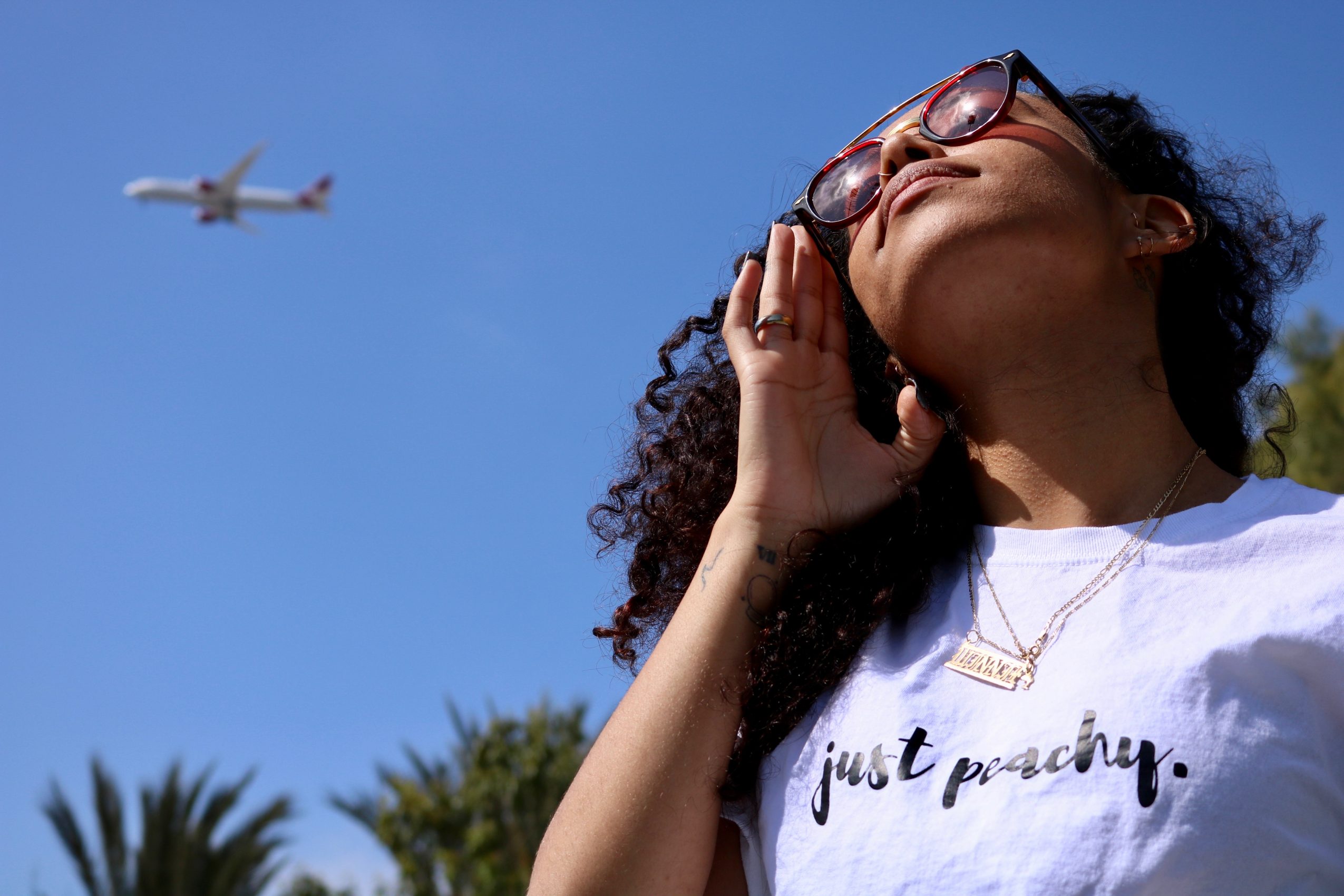 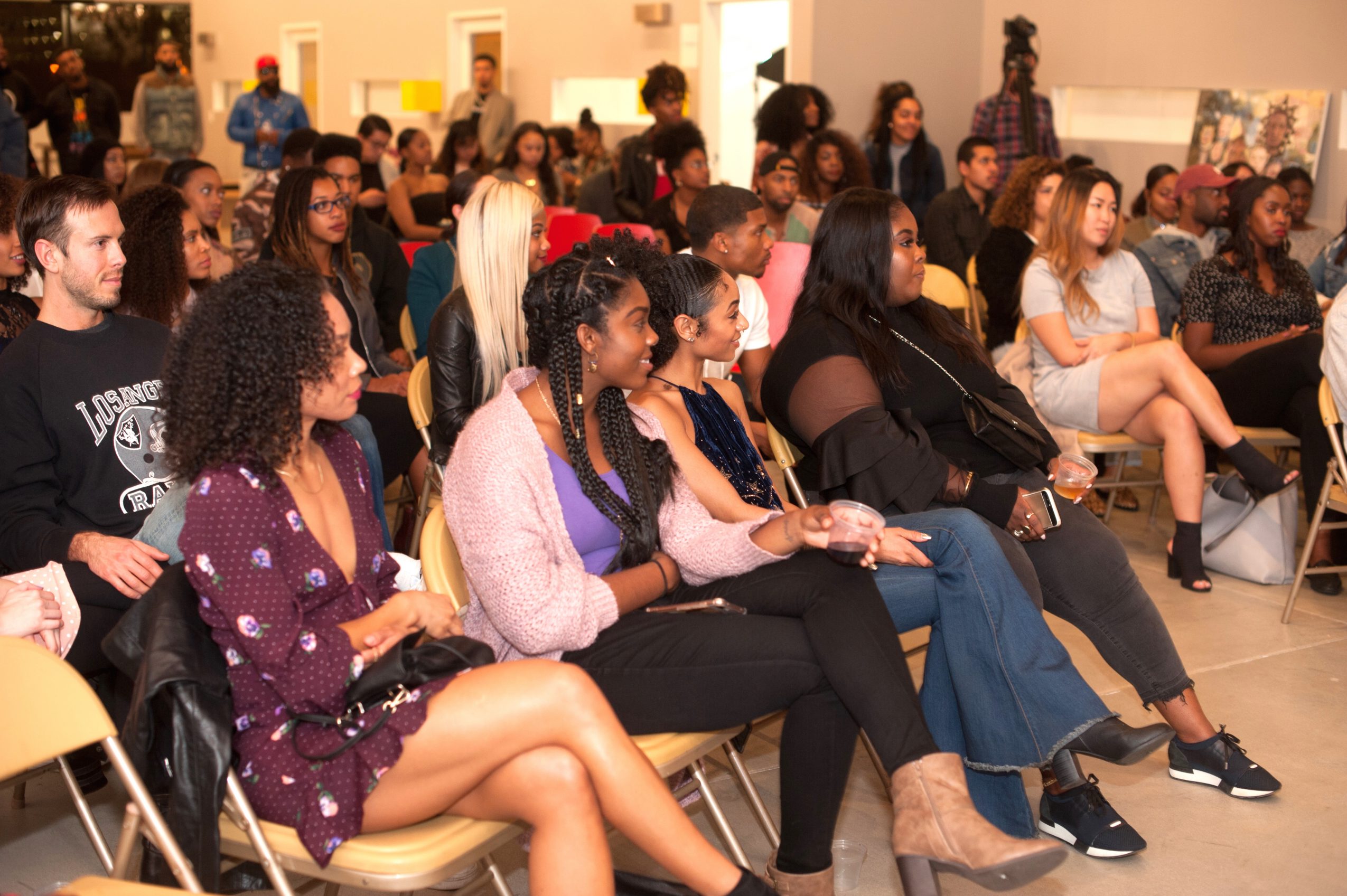 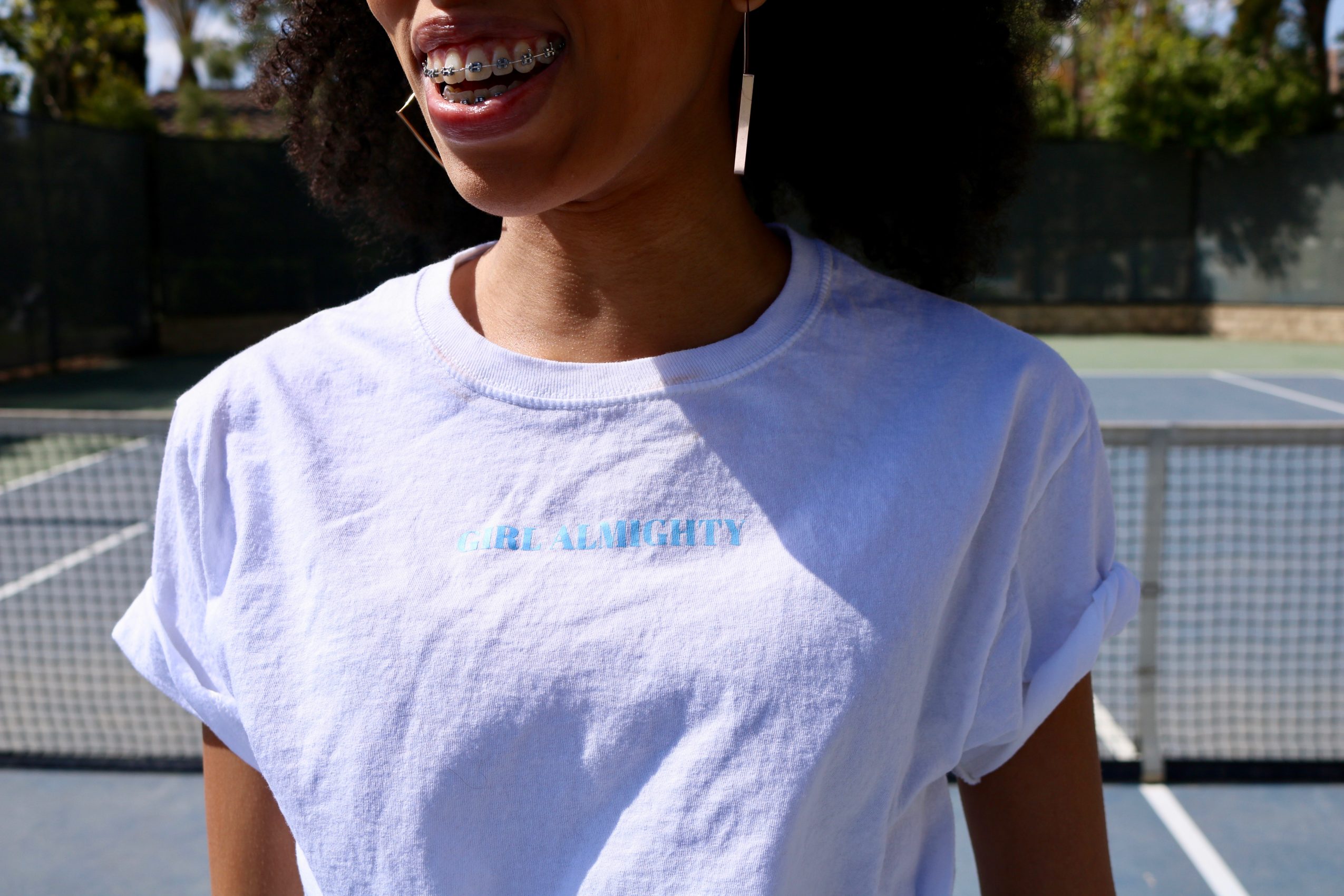