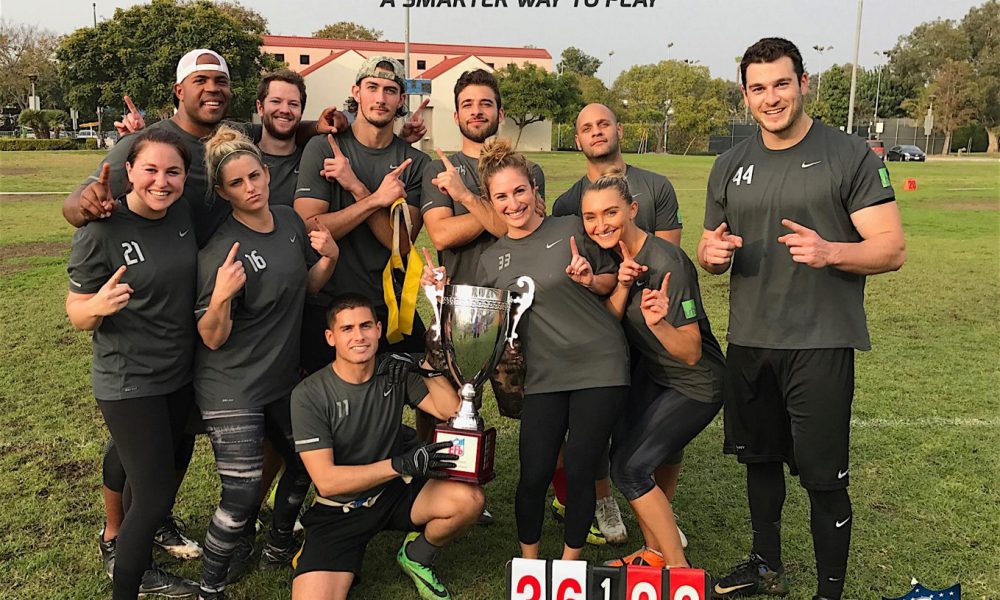 Today we’d like to introduce you to Nathan Polzin.

Thanks for sharing your story with us Nathan. So, let’s start at the beginning and we can move on from there.
Prior to landing in Los Angeles, I lived in multiple large cities like New York City, Chicago, Atlanta, etc. Upon moving to Los Angeles I wanted to find a location where I could find multiple sports leagues like these cities had to meet new people and stay active. When there wasn’t anything available I decided I would create a network where young and old alike could come and meet like-minded individuals while competing in a sport of their choice. On top of this I didn’t just want to create a cookie cutter social sports company so I looked at how we can make the whole experience better and easier from the point of registering to the playing experience. We began with making an easy to use website that would be transparent and fun to use. We then added stats which players have access to that would show each individual season and how they did. Then we looked at the actual playing experience and added in better equipment, more communication in terms of updated standings, weekly game updates, MVP awards and end of season awards for certain stat categories.

We began in LA in the spring of 2013 with 3 leagues (Glendale Soccer, Pasadena Kickball and West LA Football) and in 4 years have built LASportsNet to 35 leagues and 13 different sports. On top of our general leagues we also have begun running monthly tournaments such as Inner Tube Water Polo, Fowling (a mix between bowling and football) and other fun ideas. We also have expanded into every area of LA from Pasadena to Torrance and continue to have requests in various regions of LA.

My biggest accomplishment is in seeing all of the friendships, relationships and marriages that have come out of players meeting in LASN. We’ve been able create a community around being active, having fun and meeting new people and it’s beyond what I could have ever imagined. On top of that the team of league reps, commissioners and managers that we have put together is amazing and it makes it fun to work day in and day out.

As we roll into the future I look to be able to add even more sports along with launching LASN Beach in 2017 which will showcase a wide variety of beach leagues as well as more individual sports tournaments. We also will begin to offer leagues in outside areas such as Rancho Cucamonga, Anaheim and Thousand Oaks.

Overall, has it been relatively smooth? If not, what were some of the struggles along the way?
Haha, Definitely Not. I always tell people who are looking to start a company that you have to be able to ride out the roller coaster. At some point it does smooth out but the first two years are the hardest. You can be on the top of the world one day and the next it all comes crashing down so you have to be able to keep a steady head through both of those types of days. You definitely have your days when you wonder if it was all worth it but when you are able to look back and see what you have built it’s definitely worth the ups and downs.

Some of the struggles that we have had to endure would revolve around permits with the city. You can think everything is peachy and ready to roll and then the city can pull your permit out from under you or a field may be going under construction at the last minute. When you have 300 players relying on you to lock in a field for the upcoming season it can be pretty stressful.

Beginning it also was tough to grow our leagues as not many players knew about LASN. We revolve around word of mouth and are proud of the retainment that we have with our players but the first year or so I really had to recruit hard to find teams and players.

Alright – so let’s talk business. Tell us about LASportsNet – what should we know?
As stated previously we offer a one stop shop for an active lifestyle in Los Angeles. We offer sports leagues to adults 21 and over along with a social atmosphere where they can meet new friends. LASN has 13 different sports in every region of LA from Monday to Sunday in which you can join. All of our leagues have a sponsor bar in which to hang out at after games as well. We also have an Adventure Club that runs trips every month during the year from a ski/snowboard trip to Mammoth to White Water Rafting, Canoe Trips and Hiking Trips in Yosemite, Zion and Mt Whitney. This year we also are planning an amazing camping weekend on Santa Cruz Island.

We specialize in offering a high quality sports league that is a step up from your basic municipal sports leagues in the area. With stats, weekly awards, recaps and an easy to use website we are much more than a basic sports league company. I would say LASN in general is known for its Flag Football and Soccer but we do also offer 11 other sports. I am definitely proud of our retention that we have which shows that players enjoy being a part of LASN and that we are doing something right.

Any shoutouts? Who else deserves credit in this story – who has played a meaningful role?
My business partner Cam Jones deserves a large portion of credit for our success. Without him during the rough and tumble times of LASN we wouldn’t be where we are and he is the masterpiece behind our website and technological side. Genevieve Plourde has also been there since the beginning with us as our Football Commissioner and has volunteered countless hours to add to the success that we have had. Genevieve deserves credit for a football program that has grown to 7 leagues and 90 plus teams. 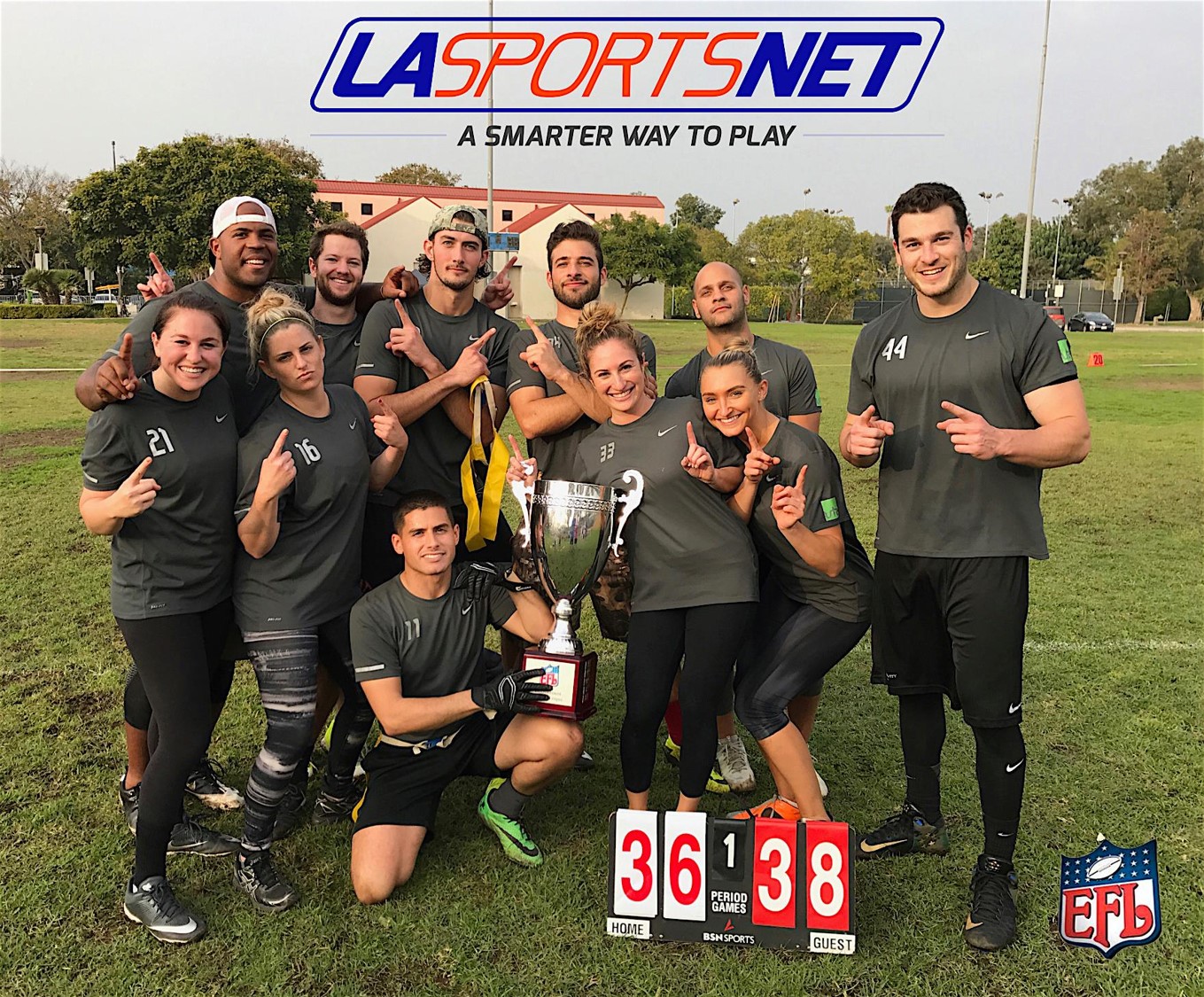