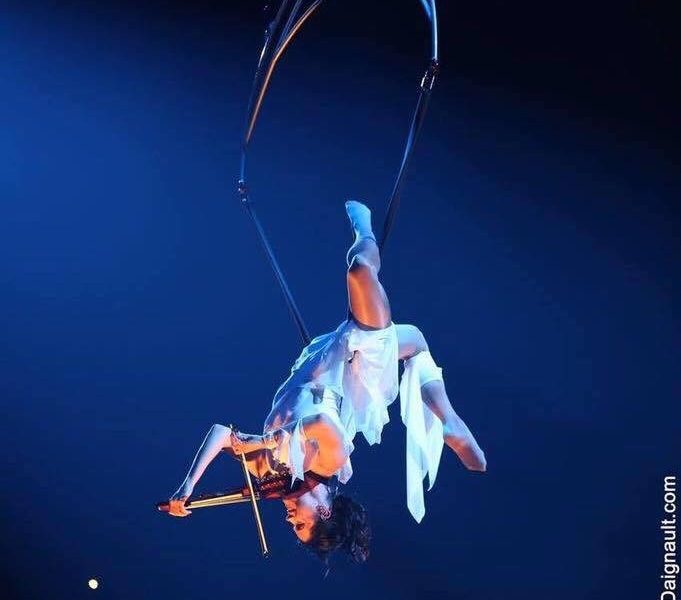 Today we’d like to introduce you to Nathalie Bonin.

Nathalie, can you briefly walk us through your story – how you started and how you got to where you are today.
Born in San Francisco from French Canadian parents, I started the violin when I was four. At the time, my two passions were violin and gymnastics. I continued both until the age of nine when music took more importance and life took me in that direction. After many years of intense practicing, winning a few Provincial and National music competitions, my parents decided to take a sabbatical and we landed in New York where my career as musician really took off. I had amazing teachers from Julliard and Manhattan School of Music, was taking classes at the Aaron Copland School of Music and played in the New York Youth Symphony. Those years in NY when I was 11-14 were absolutely wonderful and so inspiring. All the while, my mother was homeschooling me in French and so this allowed me to focus so much more on my music. At the age of 14, I won 1st Prize at the LI Summer Music Festival Concerto Competition and doors were starting to open as soloist in New York but my parents had to return to Montreal after a much extended sabbatical. This was a very difficult transition for me but I am so grateful for all they did to help support my dream during those years which were so crucial in my artistic development.
When we returned, I started to go to school for the first time which was quite a shock and I remember that those first few years were a little difficult to adapt as I was so used to being around adults so much. I ended up going to McGill in Performance and graduating with a Bachelor’s Degree. By 17, I had already started subbing in orchestras like the “Orchestre Métropolitain” and the “Opéra de Montréal” but something was missing. I did not picture myself being a teacher, a classical soloist or a full-time member of a symphony orchestra. At the time, I was dating a newly graduated MD and felt useless practicing notes for hours while he was saving lifes every day. So I decided to do all my pre-med studies with the goal of being a medical doctor in preventive Medicine. I was thrilled when I got accepted in the Medicine program but knew a difficult decision was lying ahead ahead. I needed time to reflect so I took a whole summer to travel to Italy with my violin almost like I was giving music a last chance and returned knowing deep down, I could never let go of music but needed to find my own path within that world. I started improvising and playing with Jazz and World music groups which expanded my career to pop tours, sessions and television sets. I was having an amazing time exploring all these styles and traveling the world.

In 2008, after many years of doing multiple and diverse musical projects, I was going on tour to Russia and Europe for four months and felt I wanted to take advantage of all that traveling time to learn something new. That is when I stumbled on this Berklee Online Add and decided to try an arranging course. I loved it some much I kept on taking more courses and ended up completing the Master’s Certificate in Film and TV scoring in 2015.

After just a few courses, I started pitching for TV shows and within a year, landed a few main titles for Network TV shows in Montreal and a soundtrack for what became a Best-Selling Hypnotist show all over Europe: “Messmer: Intemporel” with over 1M tickets sold.

In fall 2015, just recently divorced, I landed in LA to attend the American Film Market and strangely, I knew this would be my future home although I was in the middle of buying a house in Montreal suburbs. I would need a plan and some time to make it happen so I gave myself three years. By then, my son would be 18 and have the choice of coming with me or staying in Montreal.

I started researching the web for any opportunity to learn and grow my network. Social media was a big help, workshops, mentorships, screenings, events, conferences, internship in LA… and after three years of numerous back and forth to LA, I finally made the move in July 2018!
Since 2018, I am happy to say that I have scored two shorts including one for the LA Live Score Film Festival “Devil’s Hour” and another one called “Ladybug” to be presented shortly in festivals. I have also scored two movies for Hallmark: “Rome in Love” and “Forever in my Heart” as well as just recently participated as soloist and composer in the “Women Warriors: The Voices of Change” concert at Lincoln Center which we plan to present again in numerous cities.

We’re always bombarded by how great it is to pursue your passion, etc – but we’ve spoken with enough people to know that it’s not always easy. Overall, would you say things have been easy for you?
It’s been a struggle of finding my path while balancing the life of an ambitious musician as a single mother. I have to say my family has been extremely supportive and comprehensive throughout. My main struggles were financial as I strived to achieve my goals while having limited resources. The stress of all the travels, leaving my family behind to follow my dreams has also put quite a bit of guilt into the equation even though I try to include them as much as I can whenever possible. The move to Los Angeles also presented many obvious challenges like finding new local services and making new friends, but also some I did not expect: getting a California driver’s license, starting a credit history from scratch, finding an apartment and car without recommendations etc.

We’d love to hear more about your work and what you are currently focused on. What else should we know?
I am a composer and violinist. As a composer, I work mostly in film and television with a few credits in commercials and indie game. I am known for my orchestral scores that often include myself playing violin.
As a performer, I am known as the concertmaster of The Voice (La Voix) in Montreal. I am also known as a touring and session musician having performed with Stevie Wonder, Lara Fabian, Diana Ross, Rick Wakeman, Charles Aznavour, Johnny Halliday, Lucianno Pavarotti, Gino Vannelli, Wynton Marsalis, Ted Nash, Rick Asley, Moist, Bran Van 3000, Gage, Chris Botti, Peter Cetera, Tea Party, Tocadéo, Cirque du Soleil, Cirque Éloize to name a few.

I also do a unique aerial violin act that I created 12 years ago and have been performing it all over the world for numerous events and television specials.

Has luck played a meaningful role in your life and business?
I don’t really believe in luck. I believe in creating your chances. I talk to the Universe quite a bit and I follow my heart and my gut feeling. I am a big advocate of “Jump and the net will appear”!
Even if it has certainly not always worked out the way I thought it would, somehow, it always worked out for the best. 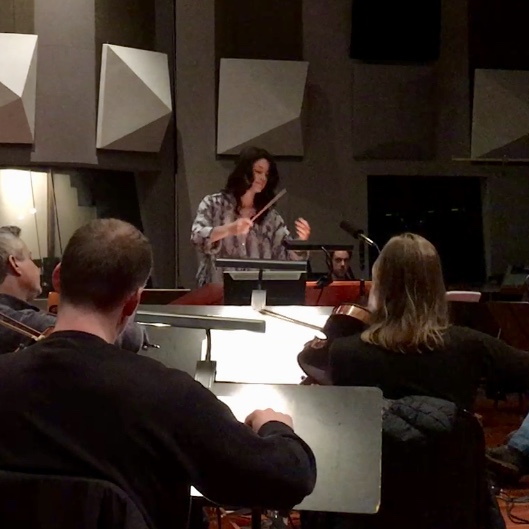 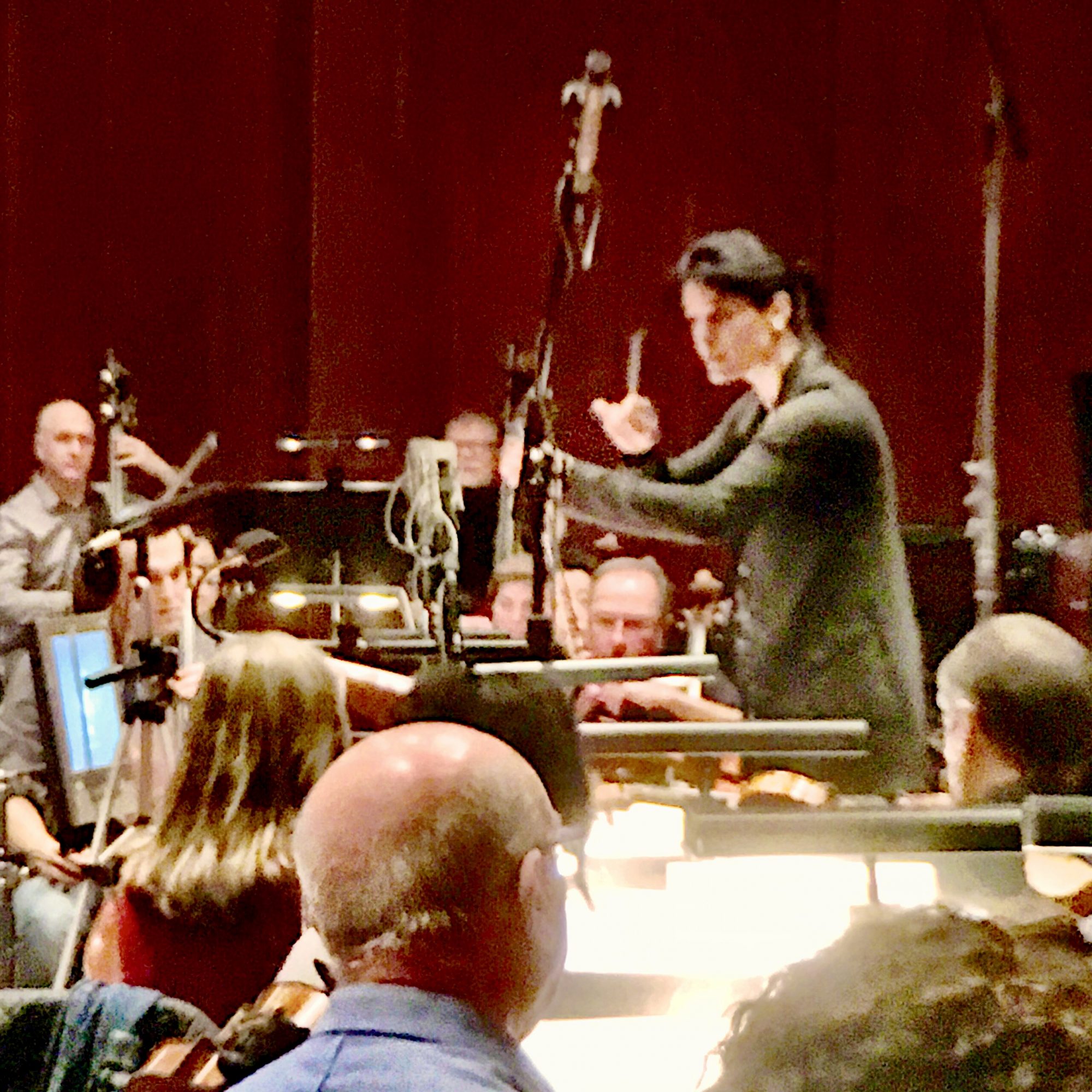 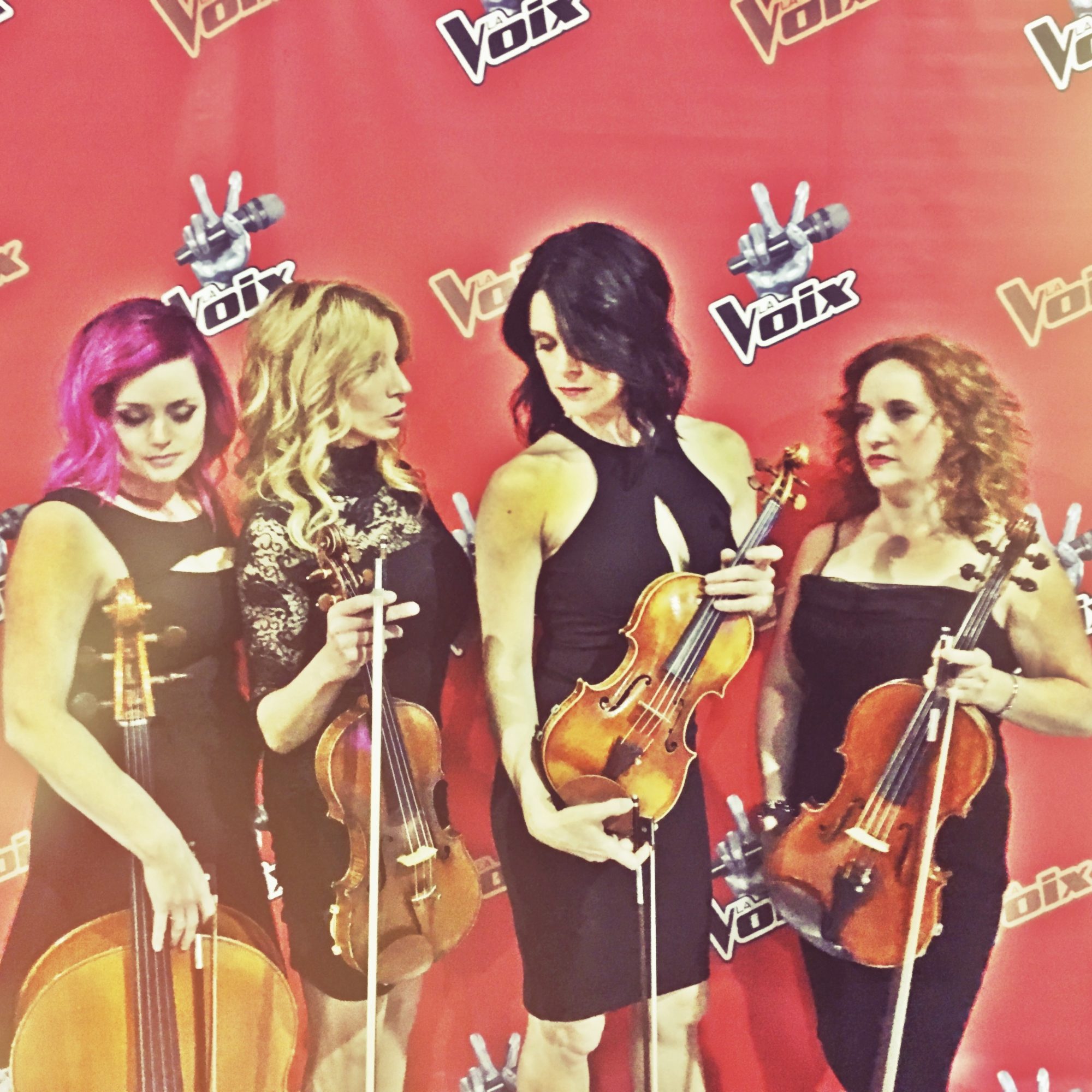 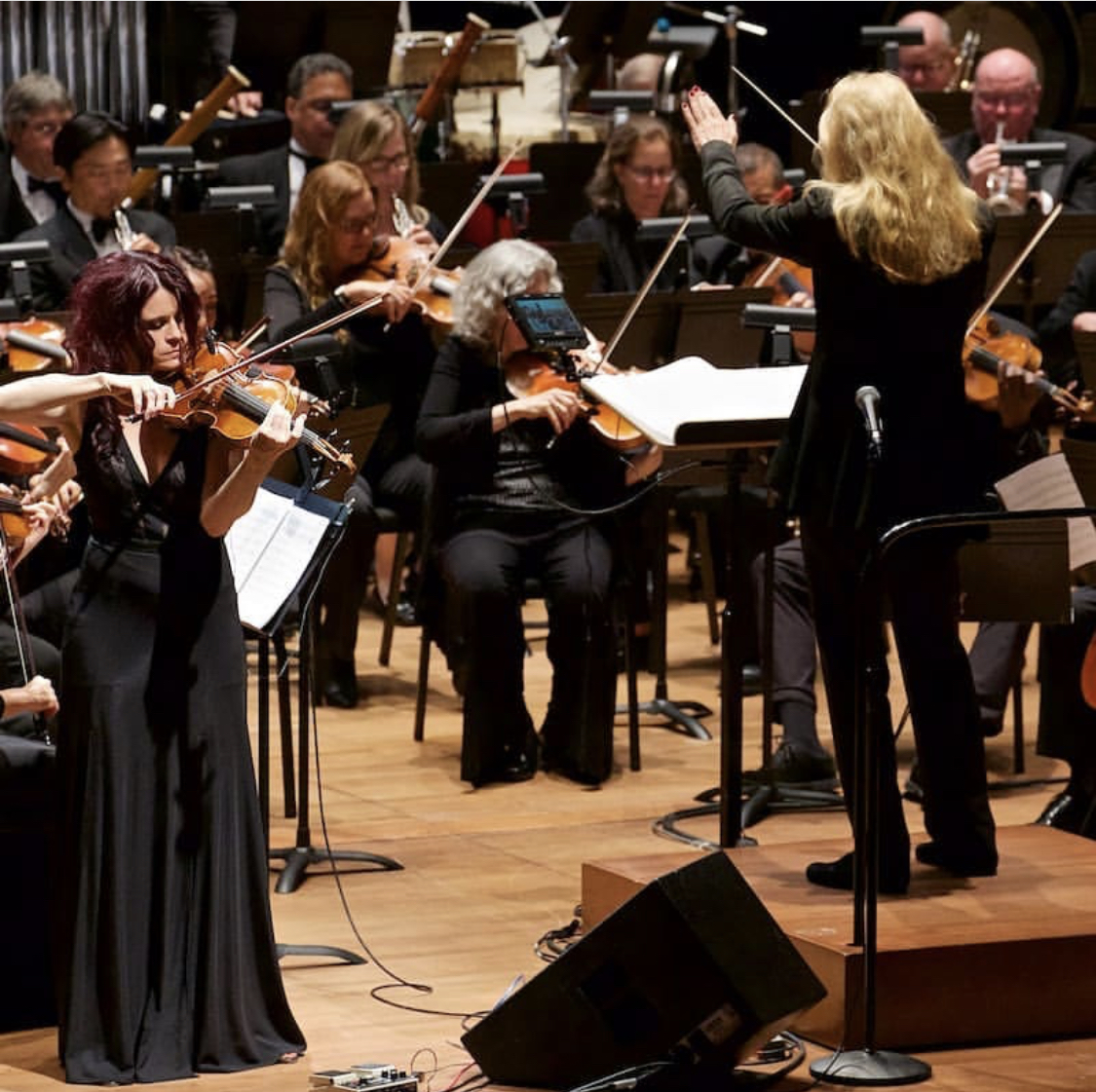 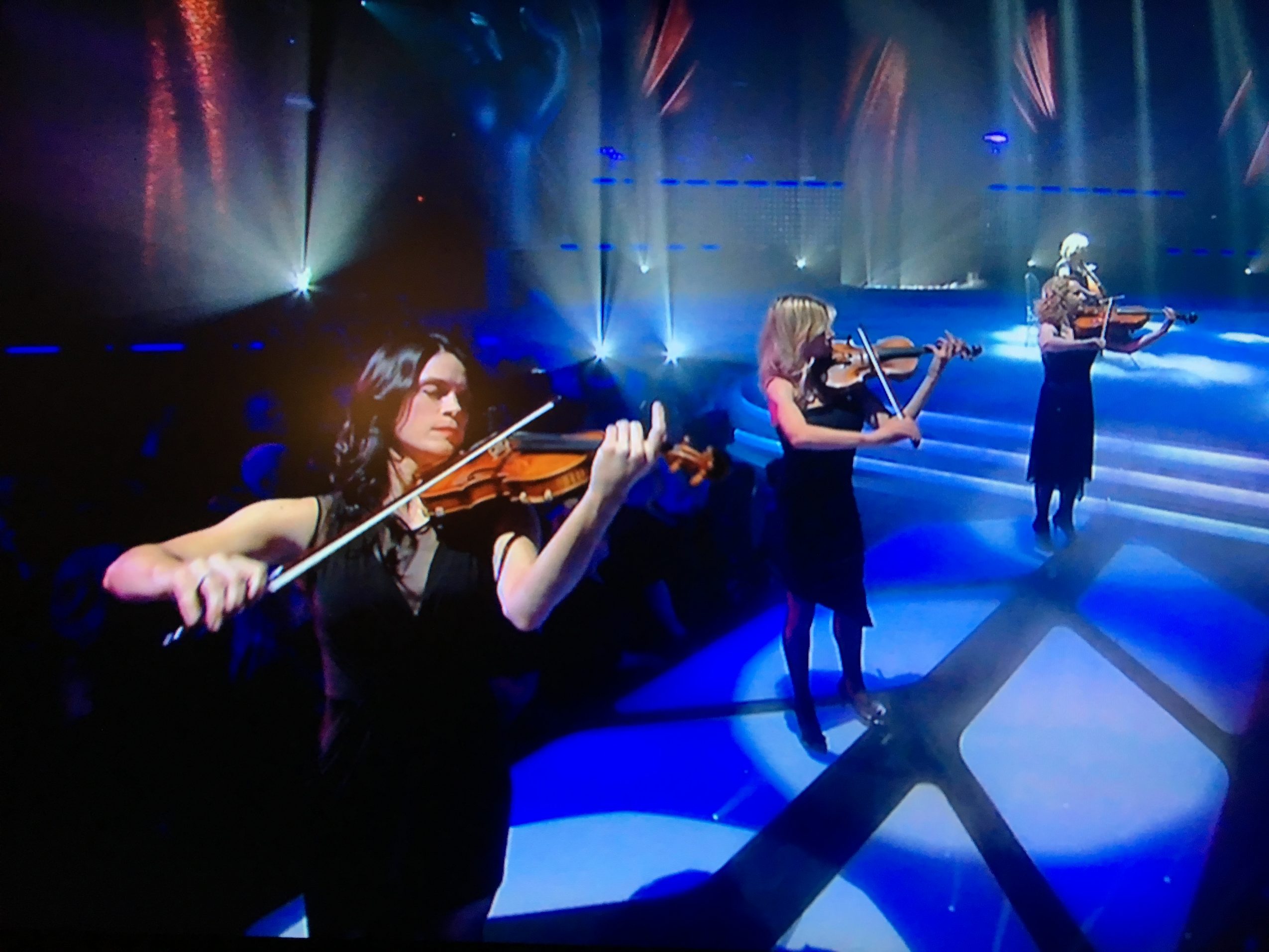 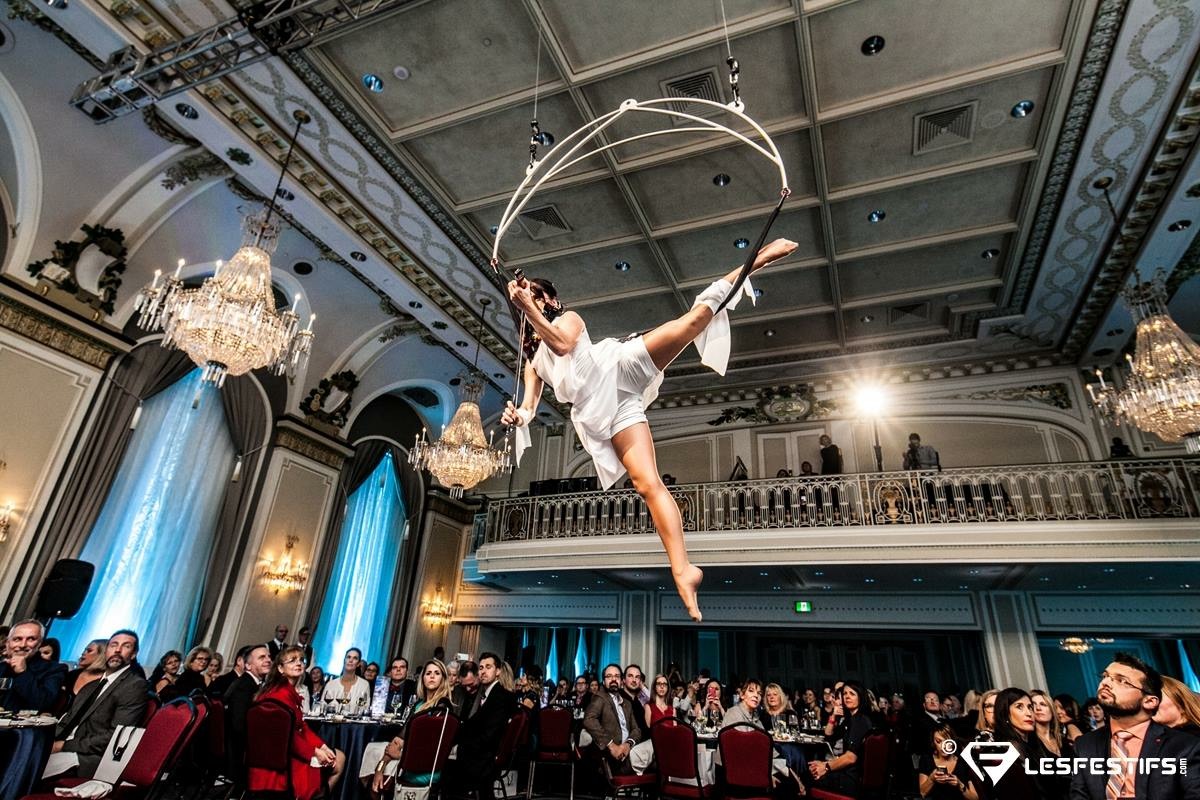 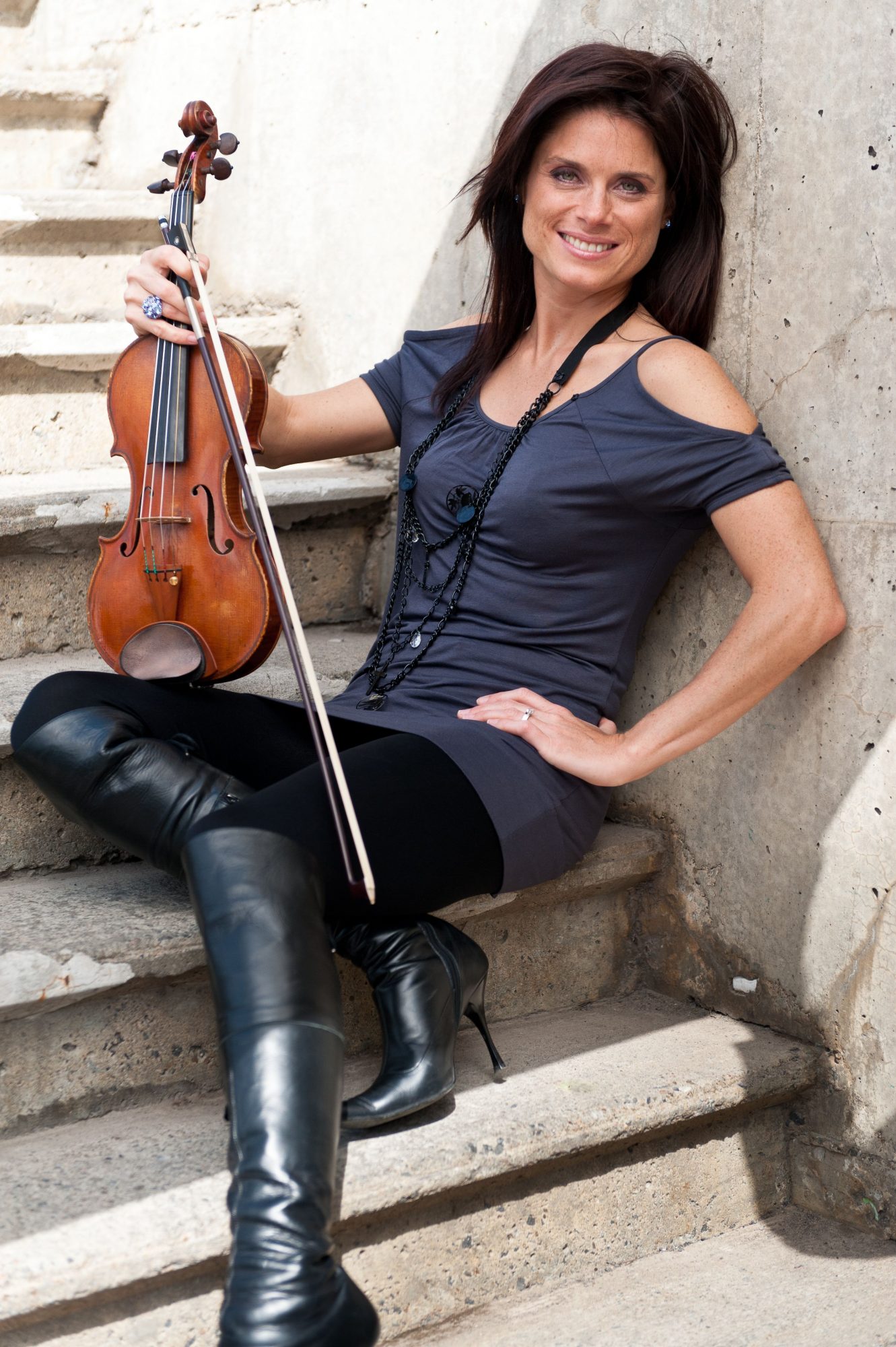