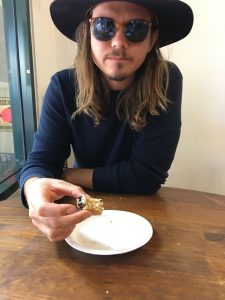 Today we’d like to introduce you to Nate Cummings.

Nate, please share your story with us. How did you get to where you are today?
I’ve worked in the Film industry for 10 years. I started as a production assistant when I first moved here and knowing absolutely no one initially, worked my way up to being a film loader. Eventually I was able to join the Local 600 which is the International Cinematographer’s Guild and when film went away I started 2nd camera assisting which is a position above loader. Now I am 1st AC’ing often which is yet another rung up and involves running the camera department and ‘pulling focus’ which essentially means keeping the shot in focus for whoever operates the camera.

I refer to this as my day job. Don’t get me wrong, I love it. But something interesting happened along the way while trying to get enough clients and contacts to maintain a freelance career in commercials, while still making rent in the ever-rising housing market of Venice Beach. In the beginning, circa 2011 I wasn’t working nearly as much as I wanted or needed to be. That’s how it goes at first, no one knows you and those who do still aren’t sure if they can put their names on the line to give you a shot. So I was only working about 5 or 6 days a month and the rest of the time I was stressing about the fact that I needed to be working more. My girlfriend at the time had a bunch of random paint and canvases in my apartment and suggested I paint something. This of course, sounded ludicrous as I had never painted anything and it was her hobby anyway. Eventually I think the darkness took over and I decided I needed better past times than smoking weed and alcohol. So I began painting. And I finished one relatively quick and decided it was actually way better than I anticipated. Concurrently I had also been watching the original Twin Peaks because I had never seen it but loved David Lynch’s other work. Naturally, I became obsessed. I decided to paint a picture of David Lynch, and it was good. I mean really good. Everyone I showed it to was like, “dude, this is your second painting? No (insert expletive) way!” So I continued. I mean to be fair, I literally had used a grid to find the dimensions of a photograph I liked of him but to paint the color scheme accurately definitely took a certain level of skill as far as anyone was concerned. So I did many more like it over the years, you name it, David Byrne, David Bowie, Twiggy and a bunch more of David lynch because he was totally my muse. This whole time (about 5 years) I had been living in a studio apartment above a coffee shop named Abbot’s Habit on Abbot Kinney Blvd. that is now, sadly, closed. I knew the owner for about 5 years and she suggested hanging some paintings up inside the shop. Her husband (who curated the art) reached out and told me I could hang whatever I wanted for 1 month and then the next artist would hang theirs. I ended up hanging about 15 paintings in there for the better part of 6 months because apparently the customers and the owners enjoyed them so much. Eventually, when I found out that the coffee shop was closing and my rent had nearly doubled over the years, I moved to a different side of Venice. This was maybe about two years ago now, and with that change I had also decided brushes and the grid system we’re getting a bit stale and I needed more. With a new back yard space at my disposal, I bought a couple cans of spray paint and decided to see what all the fuss was about. I had never even held a can before so this seemed admittedly a crazy idea. But immediately I could see the allure and picked it up very quickly. I became obsessed. I started walking around the neighborhood to hunt for discarded desks or mattresses on the curb to paint and then I would pain them (typically David Lynch, because I knew his features so well). And people dug it. All of my days off from the film world were spent either painting at home on canvases or around town on trash. I really loved the impermanence of the objects I’d paint. They would sit there sometimes for a few days or a week and then the trash truck would come and haul it away to be discarded and it was really cool to know people saw it and dug it while they could. And then about 4 months in from when I even began spray painting, a guy I knew from the film industry (who is now a great friend) told me he wanted to paint some of my images in a bar he newly opened. So naturally I jumped at the opportunity. The first image to manifest was in the men’s room and based on his request to have Biggie Smalls prominently featured. He was stoked. He told me he wanted a representation of David Lynch in the main bar and of course I was much obliged. The final image I did was in the women’s room and this one he asked me to do on canvas. This was probably my favorite image to do because it was the smallest and by then I had a much better handle on my can control. It features Pam Grier as/from “Foxy Brown” holding a sawed-off shotgun. In case anyone who’s reading is wondering they are still up and featured at his bar “A Simple Bar” over by Universal Studios. In January of this year I was granted permission to paint one of the walls at Sunset Junction Bike Shop and decided to paint a huge portrait of Mr. David Lynch which is still present as far as I know and can be viewed at the corners of Edgecliffe and Sunset Blvd.

Great, so let’s dig a little deeper into the story – has it been an easy path overall and if not, what were the challenges you’ve had to overcome?
It has most definitely not been a smooth journey. There is constant self-doubt that lingers and I do my best everyday to push on and accept that even if I feel dissatisfied with my work, other people seem to genuinely like it. Ultimately, it’s the outlet I’ve chosen and the process makes me happy. I have learned to accept that I am my own worst critic, and that I look at my work as I imagine someone with body dysphoria sees themselves. And not to minimize that, because I’m sure what I’m feeling pales in comparison, but I believe it is similar. It’s almost as if I look at something I’ve finished and automatically feel like its generic because it’s mine. It’s tough seeing all of the amazing artists showcasing their work on walls around the world and trying to feel like you have a place. Guys like Tristan Eaton or Reederone or even Bkfoxx are just killing it right now and it’s easy to feel like I’ll just never be at their level. So I am constantly having a conversation in my head about whether I should be doing this or that (film or my art) and if I’d be better at either one if I just fully committed to one. But what I’ve realized is that, I’m really fortunate actually, because some days I just feel blocked, like creatively I couldn’t create something if someone told me my life depended on it. And on those days, it’s nice to have my set job, because I get to go in and work on a team of amazingly talented people and inevitably the ideas come again. And when they do, I can begin the process of creating something all over again.

Please tell us about Hesher_Inc.
My business is titled Hesher Films and it is now how I’m conducting business. I plan on continuing along the career path and beginning to shoot and work on my own projects. So far these have been minimal, but with all things I do, there is no rush. I have realized over the years I tend to handle things at my own pace and it is futile to try and force these things. Especially because I’m really happy with the progression thus far. I mean, the journey makes the whole thing special, you know? I don’t think I would have been ready or appreciative if I instantly moved to LA and was doing then what I’m doing now. It has been this really strange, super educational experience where I not only learned knew skills but totally found what I want to spend my life doing. I feel really fortunate for that. As far as painting goes, I have found a great space in between a multitude of mediums that I choose between for any given project. Hesher_inc is my new Instagram handle for all things art that do not necessarily fall under the ‘films’ portion of the title. It might seem confusing but I like keeping them separate. I used to operate under the name Natty._.bumppo which I really dug, but realized it was leaving a lot of room for error for people to look me up with the periods and underscore and decided to change it. So any of the older photos I have included will have that signature before hesher_inc was conceived.

Do you look back particularly fondly on any memories from childhood?
My favorite childhood memory isn’t exactly a specific event but rather a period of time. Being with my family and growing up in the remote hills of a small Peruvian town called Toquepala until the age of 12, I used to walk out back with my Dad at night and stare up at the stars in wonder. I had no basis for comparison and little did I know there are few places on Earth where you can see as many stars without all the light pollution. My dad was a total scientist. He would point out constellations and planets and even had this star map which was sort of like a deflated ball. Of course, being a kid at the time I always thought it was hilarious to put it on my head as if it were some kind of floppy hat. In 1994, he found out that our town was directly in the path of a total solar eclipse, and took it upon himself to order all the necessary filters and glasses for basically the entire town so we could all view it as a community. He has always been a go-getter and I think I owe a lot of my drive and determination to how he operates his own life. 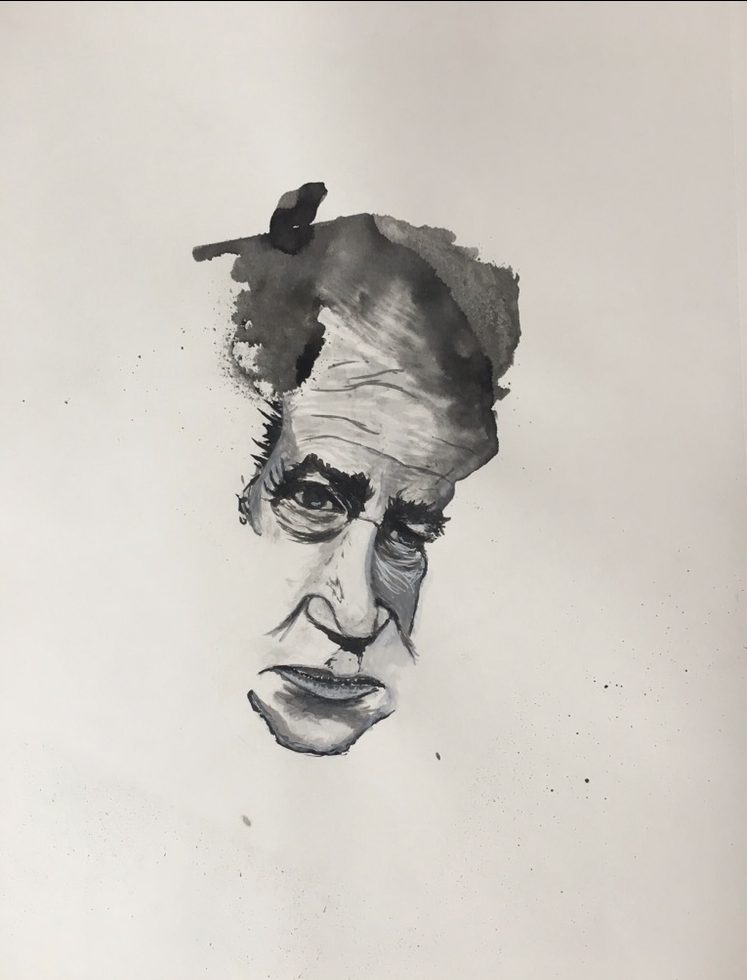 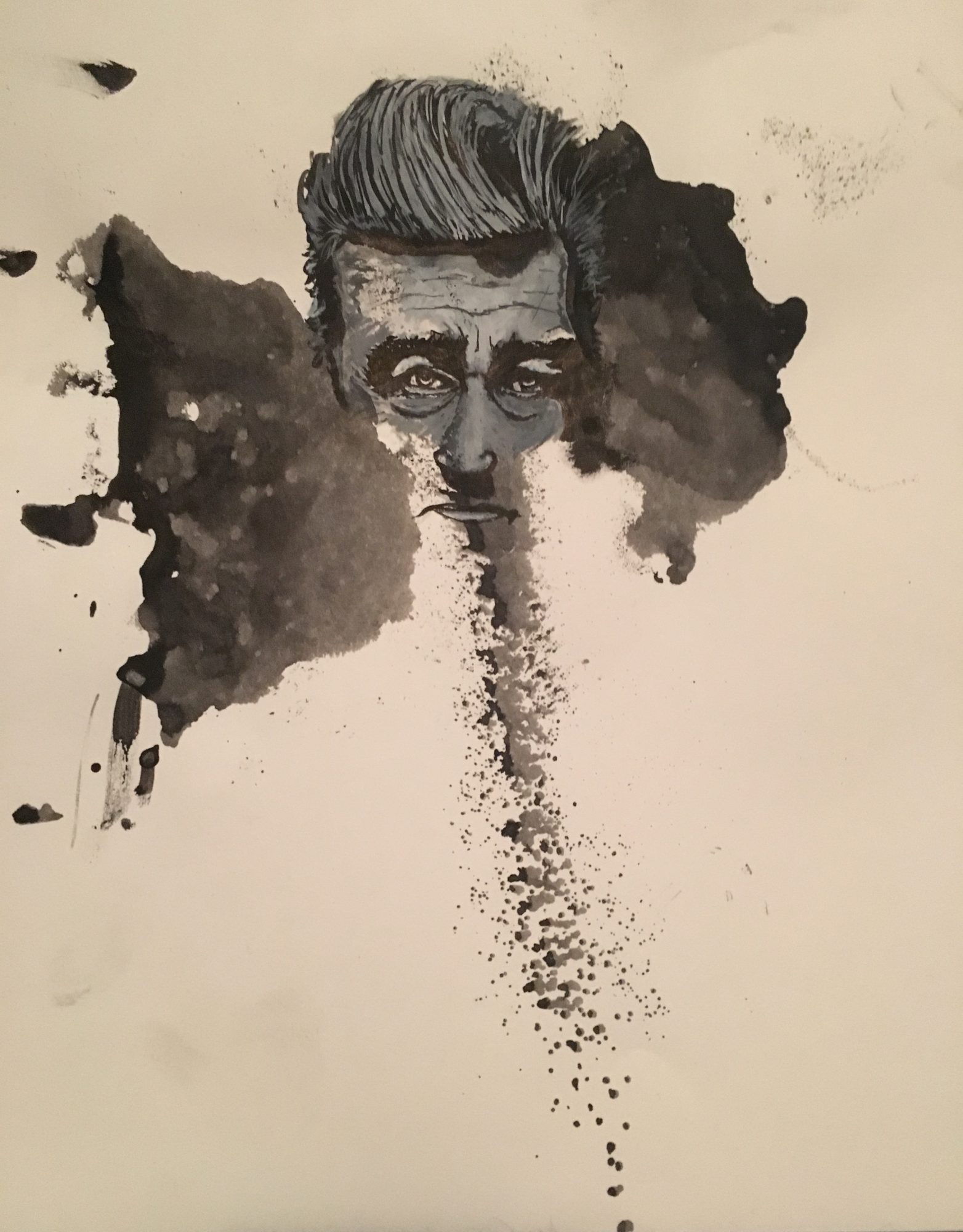 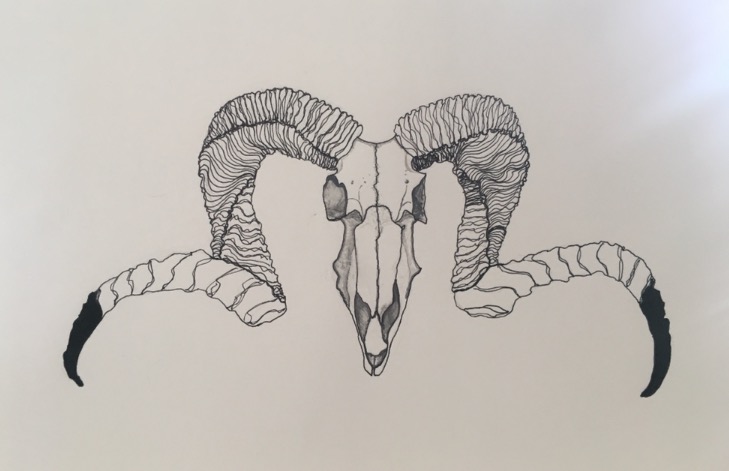 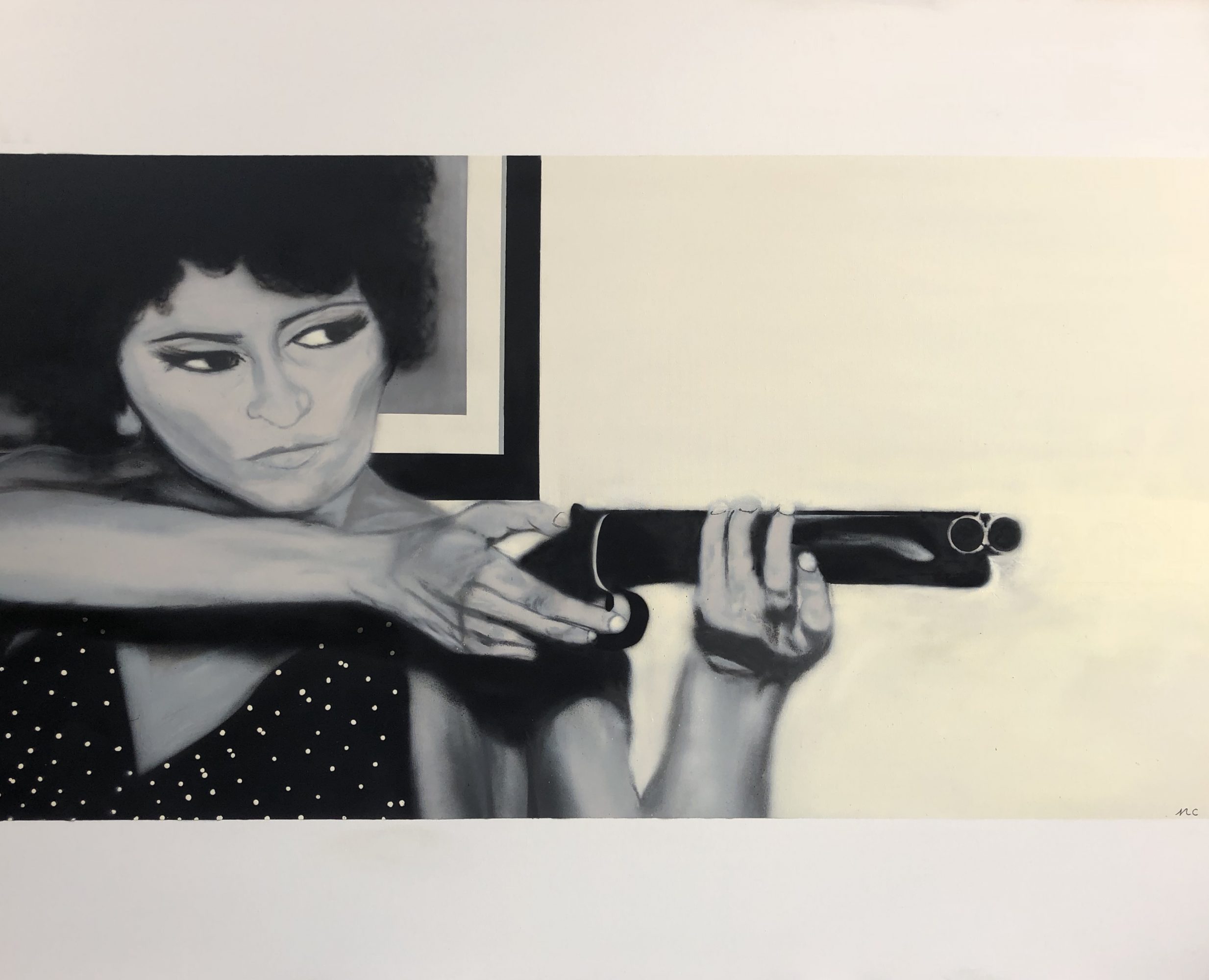 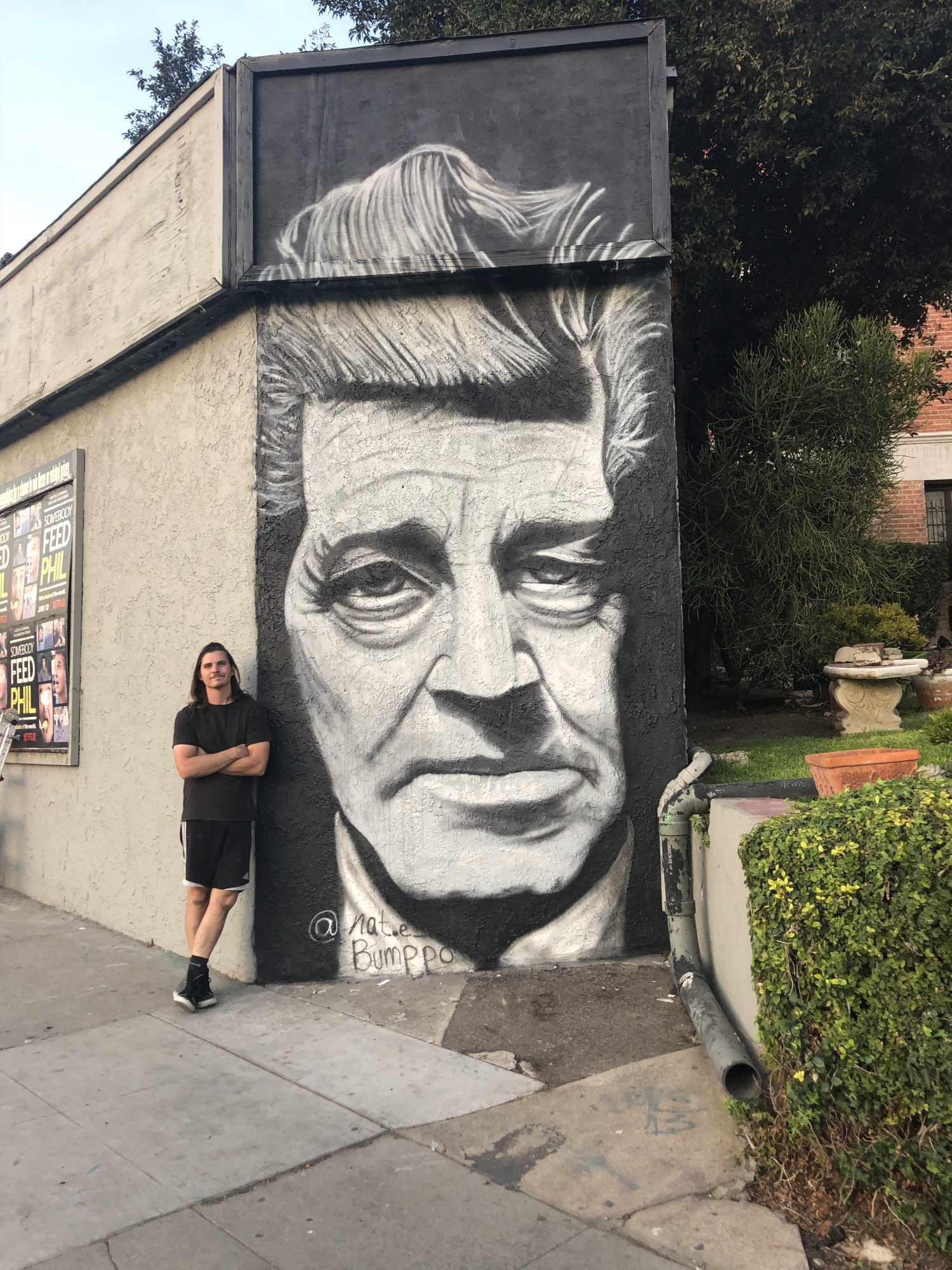 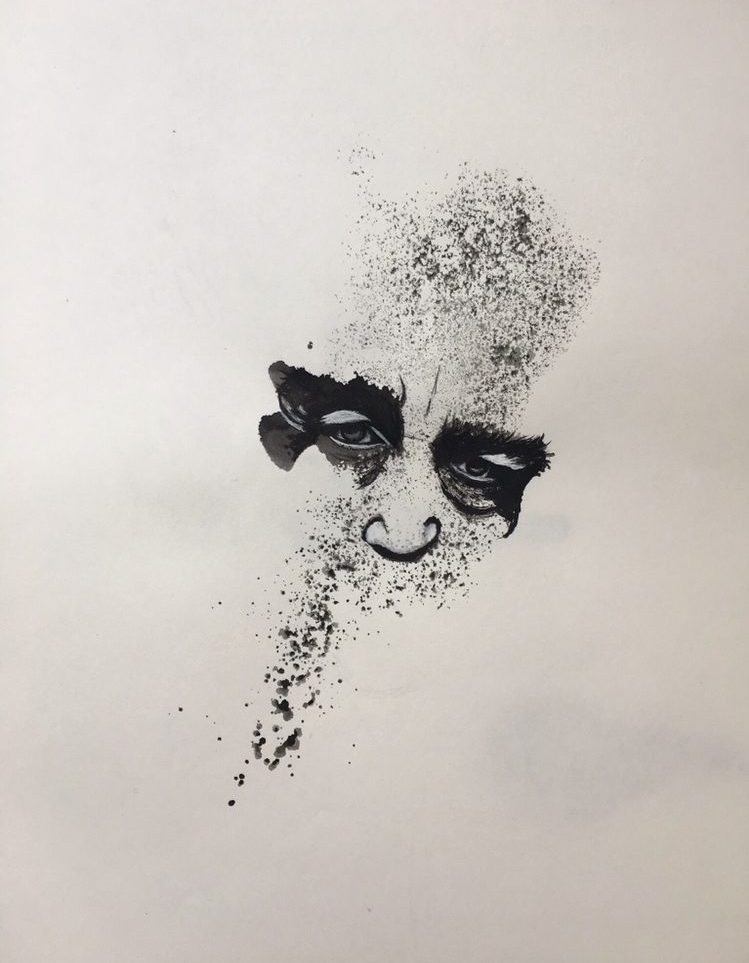 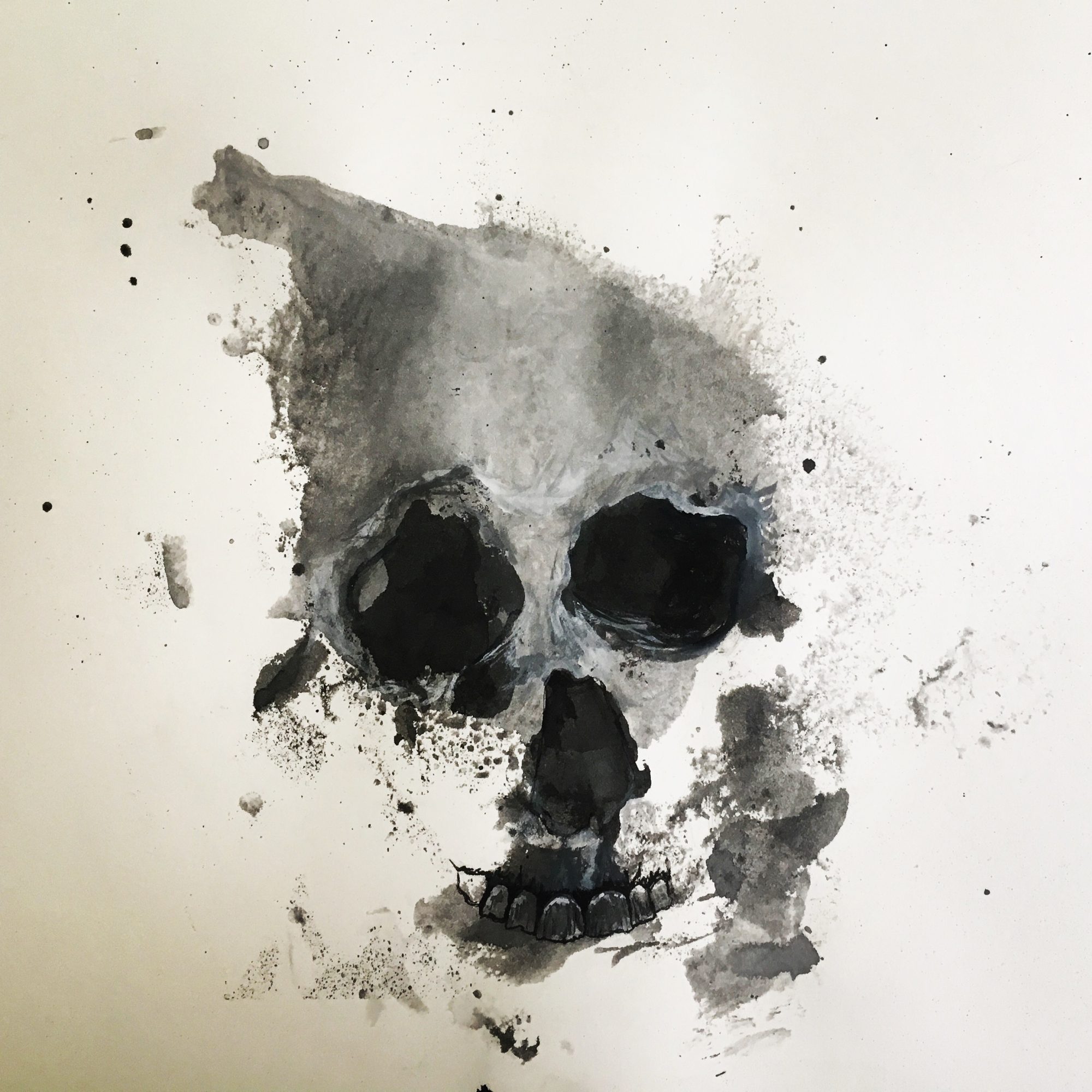 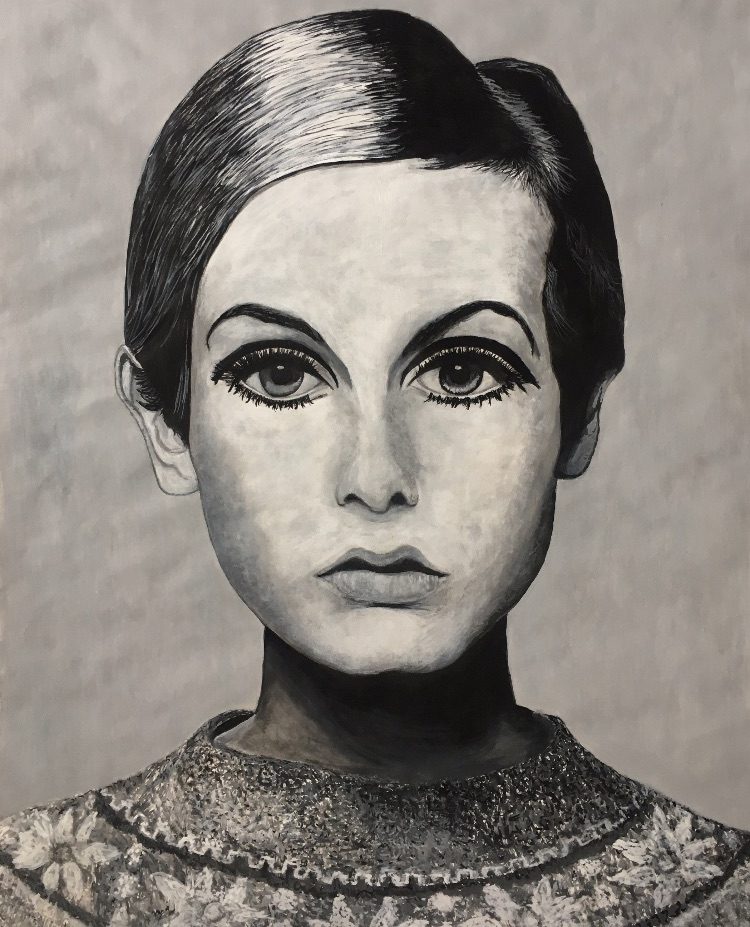 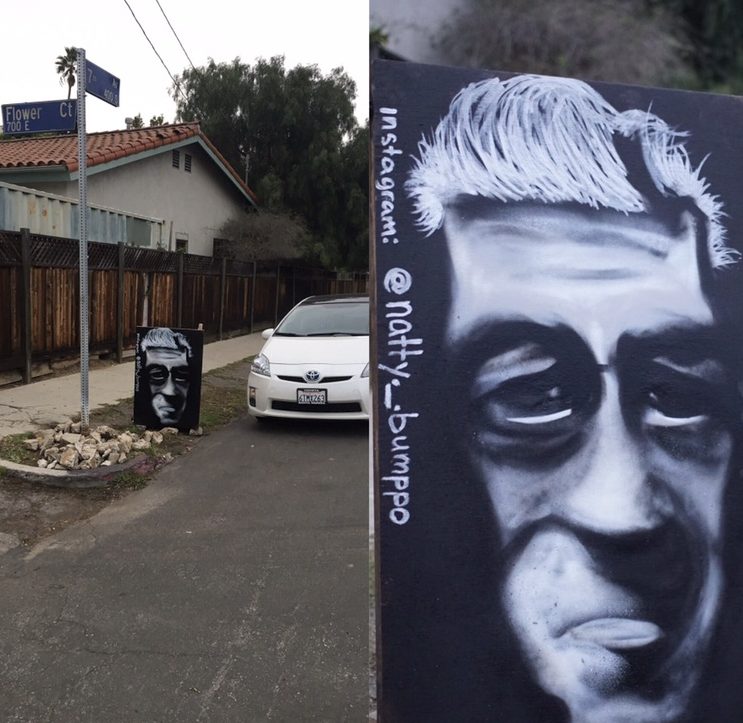