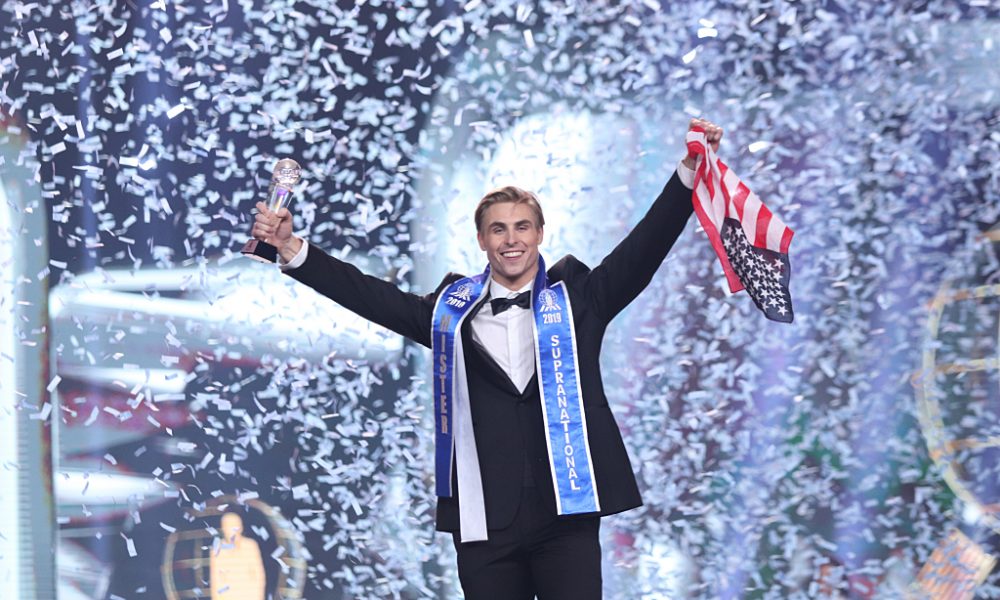 Today we’d like to introduce you to Nate Crnkovich.

Nate, please share your story with us. How did you get to where you are today?
I was born and raised in Omaha, Nebraska where I grew up with my two older brothers. My mom was a preschool teacher at the grade school I attended and my dad was a paramedic on the Omaha Fire Department. My dad often worked 1-2 other side jobs (pouring concrete and teaching EMS courses at a local college) to help support our family.

I attended Morningside College in Sioux City, IA on a football scholarship where I played for four years and obtained my nursing degree. I had originally planned to become a paramedic like my dad, but with a four years scholarship my dad was actually the one who encouraged me to go to nursing school.

After college, I immediately moved back to Omaha and began working at a level 1 trauma center in the Emergency Department. I fell in love with my work as a nurse and always aspired to become a traveling nurse. After two years in Omaha, I had obtained the proper certifications and enough experience where I could apply to be a traveling nurse and moved out to California to work at St. John’s Regional Medical Center in Oxnard for my first travel assignment.

I’ve always been very interested in acting and modeling, however my entire life revolved around athletics and academics and I was always very concerned with what other people would think if I were to pursue these things. I never wanted to appear conceited, and these just weren’t things you did coming from a very blue collar upbringing in the Midwest. However, with the help of a photographer friend in Omaha, when I moved out to the LA area, I figured I would give it a shot. I submitted some photos to an online forum where models/actors could be scouted out and within a couple of months of moving out to California was approached by a director for an international male pageant that took place every year in Europe. They were looking for the 2019 representative for the U.S. and had guys fly in from around the country to audition to compete in Poland.

Although I initially turned it down, I eventually agreed, seeing it as my first real opportunity to get my foot in the door and make some contacts in the modeling industry. I had zero expectation to actually win since this would be my very first real experience doing anything like this before. To my surprise, I was chosen and was flown to Poland to compete against 39 other countries in the 4th annual Mister Supranational competition in a week and a half long event, culminating on December 7th with the final televised live show and crowning of the winner.

With little to no experience modeling, let alone doing runway walks and competing in pageantry, I was named the winner and given the title of Mister Supranational 2019. A truly amazing and unexpected experience and honor.

As the reigning “king”, I would tour to different countries around the world representing the organization and was given a platform where I could pursue different charity work throughout the year if I chose to. I was lucky enough that the hospital I was working at had generously worked with me and my schedule, and I was very excited for my chance to travel and the different fun events I would get to attend (the trip to Poland was actually my first ever trip out of the US).

I also went on a Gambia trip earlier this year and I plan to continue to work in the future coordinating fundraising and assistance for the poorest schools and MRC clinic.

Overall, has it been relatively smooth? If not, what were some of the struggles along the way?
Unfortunately, when the coronavirus pandemic started it quickly became clear that all the events, opportunities, and travel plans with the Mister Supranational organization would be canceled or postponed indefinitely. It’s still unclear if I’ll get to do any of it, or if I’ll even be paid the prize money I had won due to the economic downturn across the world. A year that started off so exciting with so many new opportunities soon fell apart.

Although it would be easy to sulk and dwell on what could have been, it was my time to focus on my nursing career and do what I was trained to do. It’s where I’m needed most in my country right now, and I’m damn proud of what I do. Life happens, and although 2020 didn’t go as planned, I know I’m not alone in that aspect. All you can do is face the adversity and carry on. In my case, it means continuing to fight this pandemic with the millions of other nurses and other healthcare staff around the world.

What else should our readers know?
Nate is currently a nurse at St. John’s Regional Medical Center in Oxnard. He is currently managed by Marisa Lloreda and Amedee Creatives for social media.

Any shoutouts? Who else deserves credit in this story – who has played a meaningful role?
As far as nursing, all my coworkers and charge nurses when I was starting off at Creighton University – Bergan Mercy Hospital. Jumping into the ER right away is sink or swim so they all helped me in the beginning.

Noel Daganta, a photographer who helped me through one of my first modeling shoots, Alfredo Carrasquer for coaching me on runway walking, Marisa Lloredo and Alan Green for helping guide me through everything and the whole business side of things related to acting/modeling and Gabriela Ono who is Marisa’s assistant and also in school to be a producer. Gabby coached me through the business side of things too, did a little bit of everything to help throughout the experience and would let me stay at her apartment when I had to be in LA when preparing for the pageant. 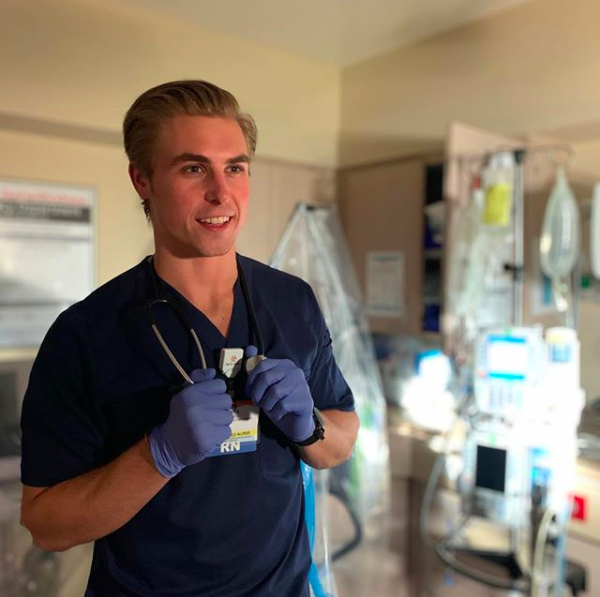 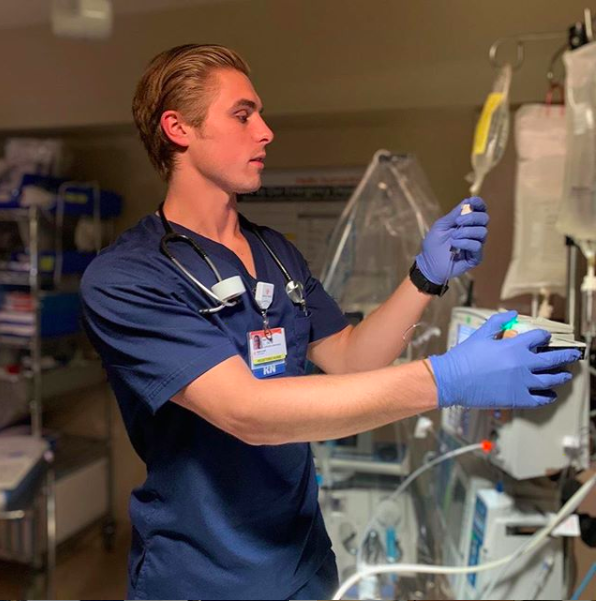