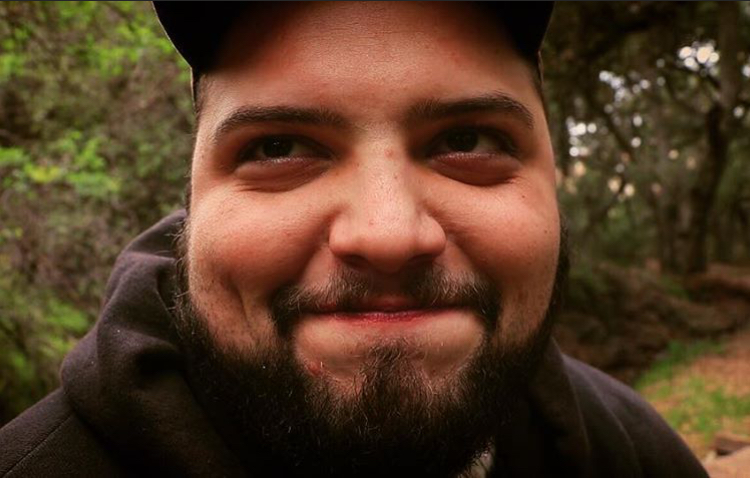 Today we’d like to introduce you to Nate Adamsky.

Nate, let’s start with your story. We’d love to hear how you got started and how the journey has been so far.
I’ve been a performer my whole entire life. At a young age, I studied acting and music. I used to get booked to sing to people in restaurants and on the streets and would perform in plays and films while studying in acting schools.

In high school, I fell in love with comedy and enrolled into “Comedy Sportz” a competitive improv class where schools would compete against each other in improv games much like the show “Whose Line is it Anyway.” I realized then that making art and performing was something I wanted to do professionally for the rest of my life.

In 2017 I moved to New York City to try my hand at stand up comedy. I like to say that I was at the right place at the right time with the right jokes. At that time, I hadn’t really done stand up except for the occasional MC job at concerts thrown by me and my friends. One night I went to an open mic only to watch my friend perform his set. My friend (thinking that I had done stand up many times before) signed me up to perform without me knowing. Nervously I went up and told some random jokes that popped into my head. It got a great response though because after the show me and my friend both were offered a slot at our first legitimate comedy show. I started performing stand up all over New York, from the Broadway Comedy Club to even the Comedy Cellar. I felt invincible. A year later, I moved back to LA with all of my knowledge and skill to work the comedy circuits here. I now perform regularly at the Comedy Store and The Ice House.

Throughout all this time, I was also frequently writing music since 2009 that I never thought would see the light of day. In 2015, m, e and my friend Rachel formed a folk duo called “Sneakers” we made our own original music and even released a full album, but not until last year in 2019 did I decide to put out my first solo single “I Love Every Part” I am now recording a lot more of my songs.

To quote Charlie Chaplin “A day without laughter is a day wasted” and I think I live by that motto. If you do what you love you’ll never work a day in your life so I might as well work hard at the things I’m passionate about while laughing along the way.

Has it been a smooth road?
The road to success is always bumpy with a bunch of traffic and sometimes you even have to take roads unknown that are scary and windy. Learning to enjoy the journey is definitely something that has kept me going through all of my adversities.

Loss has been a huge catalyst for my music. Mostly a loss of my family and loss of friends. At 15, my parents divorced and it hit me harder than I could imagine. I didn’t have the best home life at that time and my father was never supportive of my passion and pursuit of art. He used to drink a lot and get out of hand. He lost control one too many times and it was very discouraging. Growing up as a child, we had the perfect family though. We lived the American Dream and were very happy. I think that’s why it hurt so much more when things began to change. Not only did I lose the happy family but financially I lost everything as well and was learning to adjust to not being able to afford the finer things I had all of my life. My mom and my sister at one point had nowhere to go and were living with friends. It was extremely hard for all of us.

I lost my best friend Ashley in 2013 to a battle with cancer and it pushed me into a spiraling depression that was very hard to recover from. Like my father, I too turned to drinking a lot of alcohol to cope with my pain. It took a long time for me to realize it was a problem. I would binge drink into blackouts and would often drink alone, Ashley was a light in every room. Her passion for people was so uplifting and beautiful. Luckily in the time of my problem, I learned to play guitar and turned back to my roots in music to help me express my feelings. By the year 2015, I became sober and wouldn’t even drink a sip of alcohol. I had made friends with my co-worker Ro at The Boys and Girls Club who was a fully recovered heroin addict. He inspired me to keep writing music and to reach for the stars. He had the voice of an angel and could play nearly any instrument that he picked up. In 2016 he unfortunately fell asleep at the wheel and crashed his car dying instantly. He was the most encouraging artist I had ever known and a dear friend. Losing him was not only devastating, but it was somehow inspirational. At his funeral, every single person that had ever had the pleasure of talking to him said the most beautiful speeches ever. He left such an impact on everyone he met so I try to live my life the same way for the three of us. Because of them all I want most in my life is to inspire others.

In 2017 while living in New York City, I found myself again in a very bad depression. I began to drink again but this time it wasn’t as much of a problem as before. I couldn’t figure out why it was I was so perpetually sad. I would lay in bed for days not doing anything. My depression got the best of me and I wasn’t able to do the things I wanted. Not only did it hurt me to the point I wasn’t helping myself, but I hurt my friends as well. I couldn’t afford to live there and couldn’t pay for my home. It definitely ruined my friendship with my roommate and I haven’t been able to work up the courage to speak to him since. I still am often haunted by my mistakes. My battle with my emotions pushed me to reach out to my family for help and I was put into therapy. After a lot of diagnoses, I learned that I was bipolar. It is something that I now live with everyday. People often ask me how does it work? When does it happen? I tell people that being this way isn’t something that just happens from time to time but is a disorder I have and work hard to control. I decided that I didn’t want to take medication so it is a constant battle with myself. I like to refer to Kanye West’s album “Yikes” he talks about his own battle with being bipolar and calls it his superpower. I think we all have some sort of superpower that we are learning to activate and use.

I’ve since learned to love every part of myself and my life even the bad moments that make life seem like it’s all going to end. All we can do is love and with that love anything amazing can happen, and I honestly know that to be true.

We’d love to hear more about your work and what you are currently focused on. What else should we know?
I don’t like calling myself an artist even though in my opinion, I have accomplished many great artistic feats. I never know what title to introduce myself with. Do I say actor? Do I say comedian? Musician? I like to say that I’m just a guy.

In my three years of performing stand up at a more professional level I’ve had the honor of performing in some of the biggest and best stages in New York and in LA. So that’s something to be very proud of. Just recently, I opened up for Adam Conover from the Tru TV show “Adam Ruins Everything.” I often find myself in the green room staring at the headshots of the comics that have performed on the same stage before me, and I ask myself do I deserve this? Though I’m not at all famous I’m most proud when a stranger recognizes me. Often time I’ll be somewhere and someone will come up to me and say hey I saw you perform comedy at such and such club. That’s the best feeling in the world for me.

I’ve been in and have worked on many independent films that I’m incredibly proud of. A big project I got to be a part of was an indie film called Odd Love that actually made It to Amazon Prime. Another cool accomplishment for me was being in a music video for an artist I really admire called Yung Heazy. The video was directed by Cherdleys who is an incredibly famous YouTuber. After the shoot, I was lucky enough to party with them and pick their minds. It’s always amazing to talk to people who have been incredibly successful in their craft.

I am currently recording all of my music too. Which still feels so new and a little bit scary for me. I just really hope people have a good reaction to the songs I make and I hope that my lyrics strike a chord with someone (pun intended).

Let’s touch on your thoughts about our city – what do you like the most and least?
As an LA native, I honestly think this is the best city in the whole entire world. There’s a certain energy about LA that is truly unbeatable. I’ve traveled a lot and nothing compares to home. Yeah, there’s traffic and sometimes it gets “too hot” but even that is part of the charm. The amount of art and potential for anything to happen is always so inspiring to me. People come from all around the world just to see the names of famous people on dirty stars all across Hollywood Blvd. There isn’t much to hate about this town, but I would say that the stigma of LA being full of fake people does often time ring true. I think we all need to be aware of this and know that there are also a bunch of diamonds in the rough. 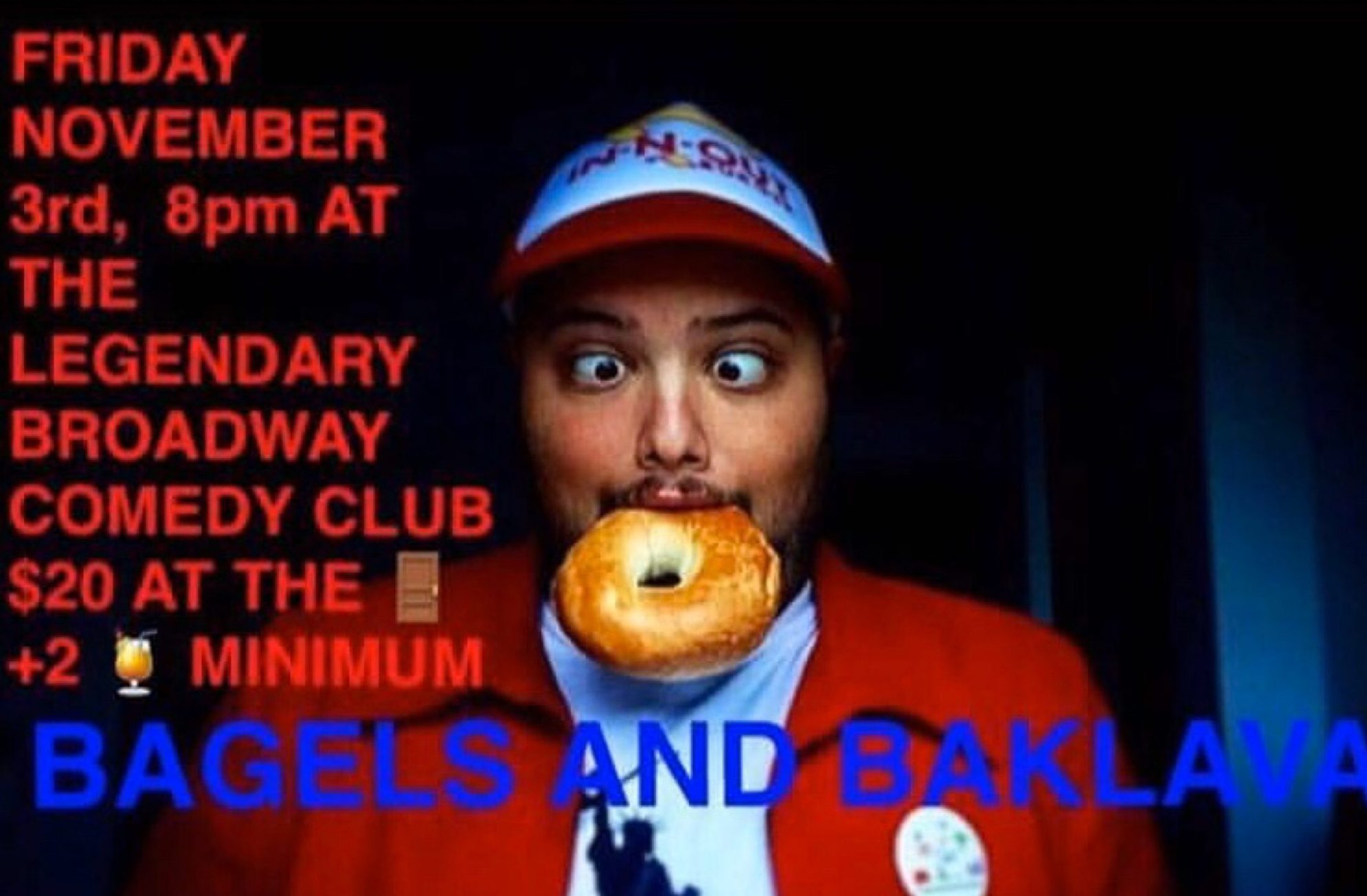 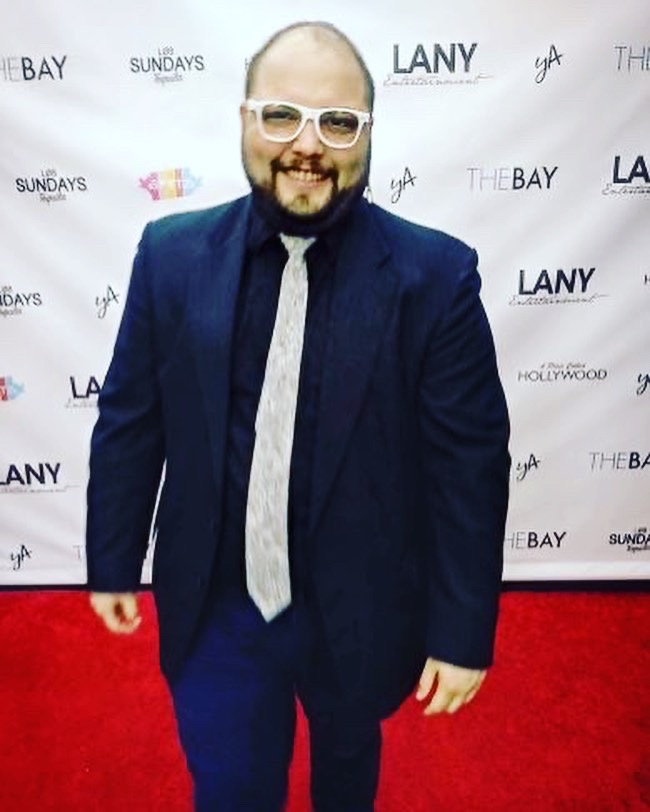 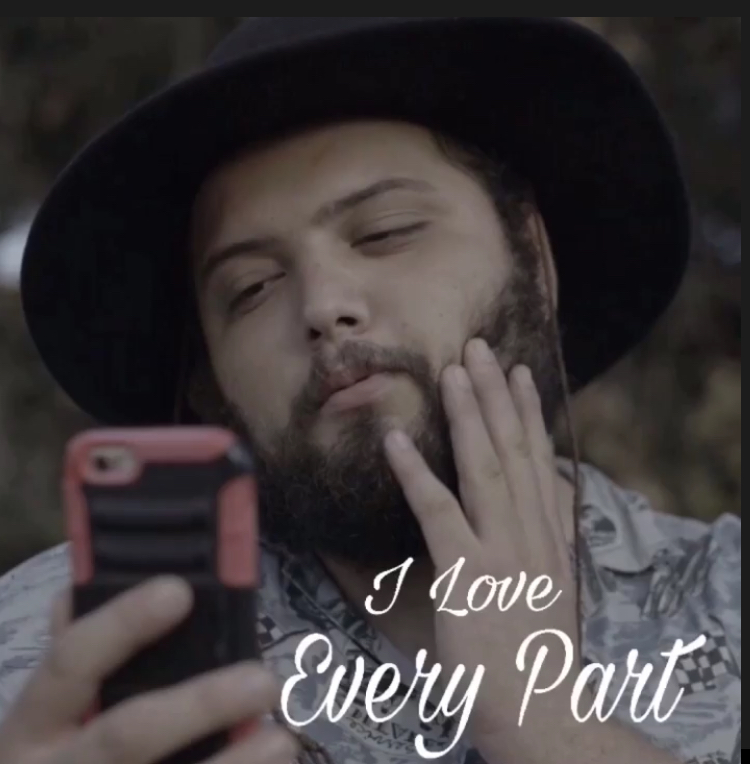 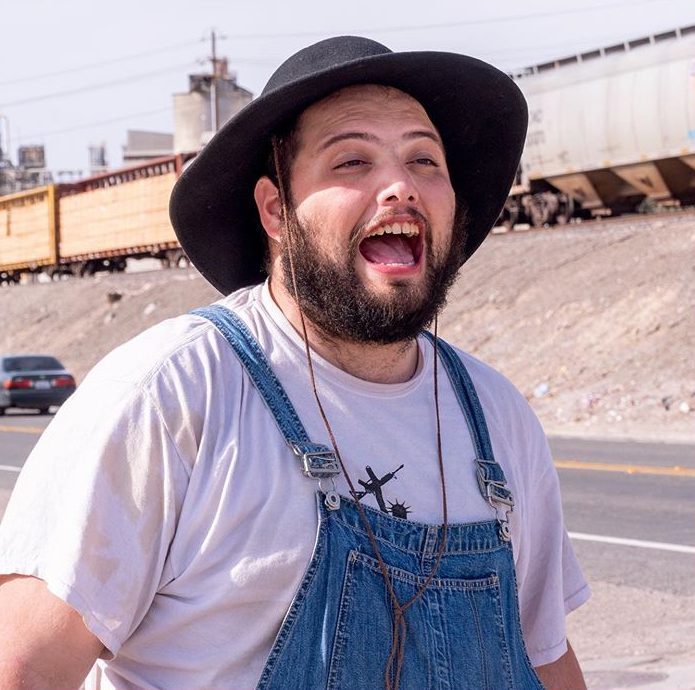 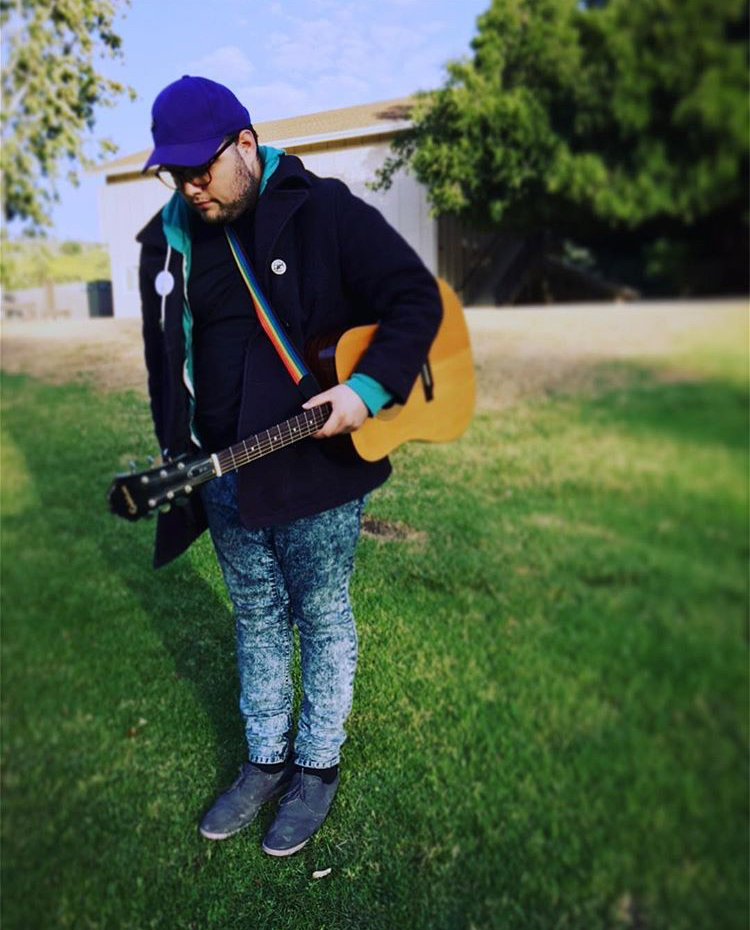 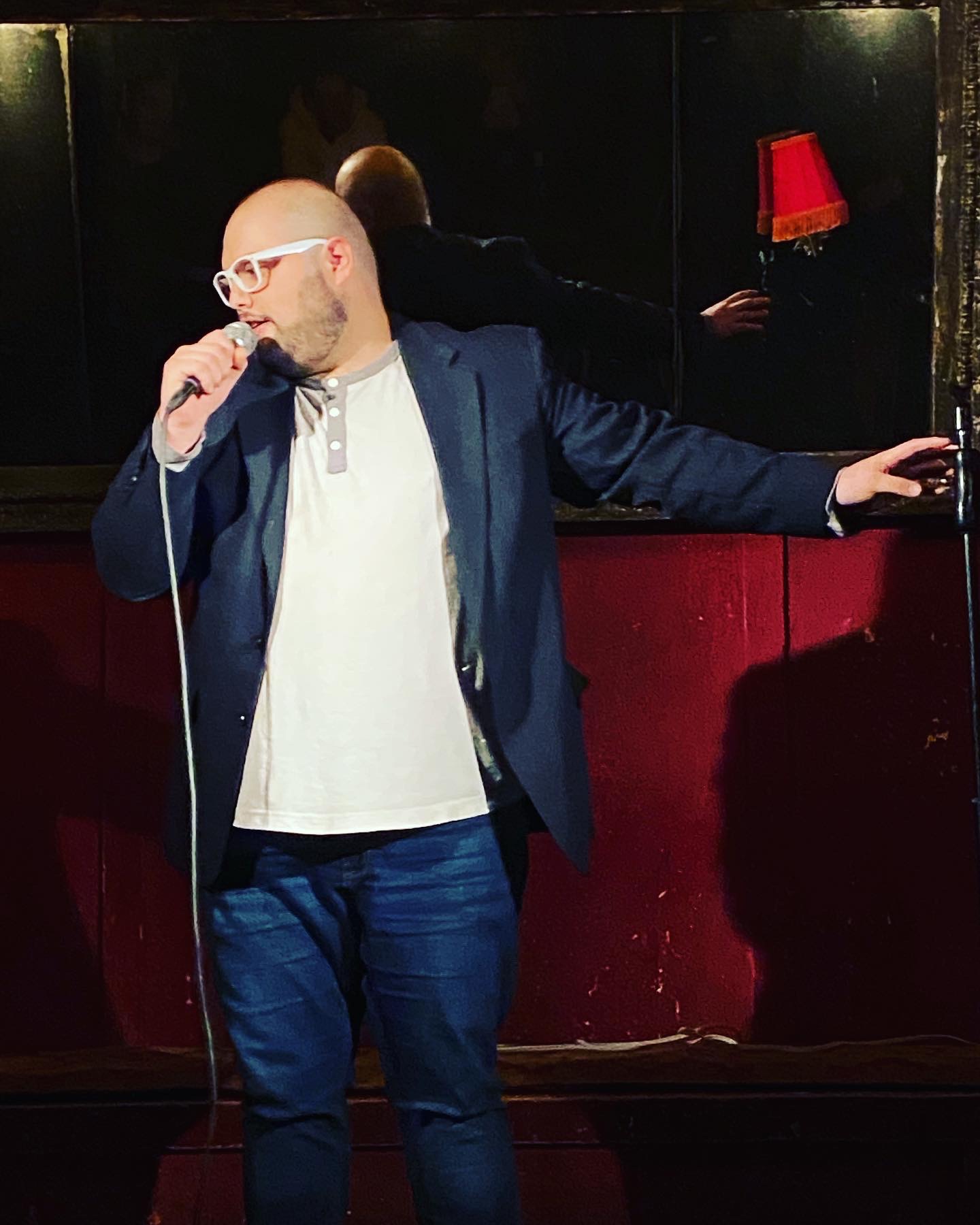 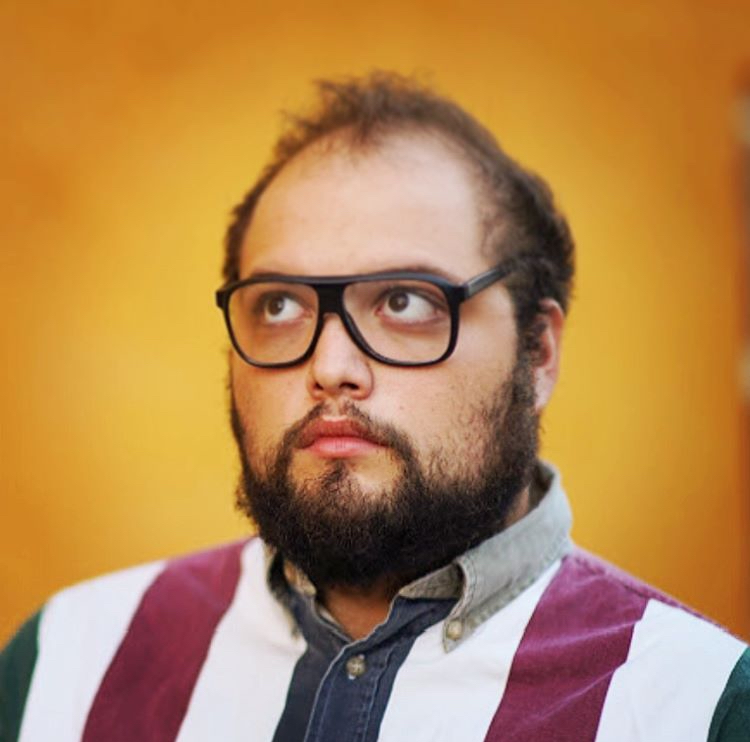