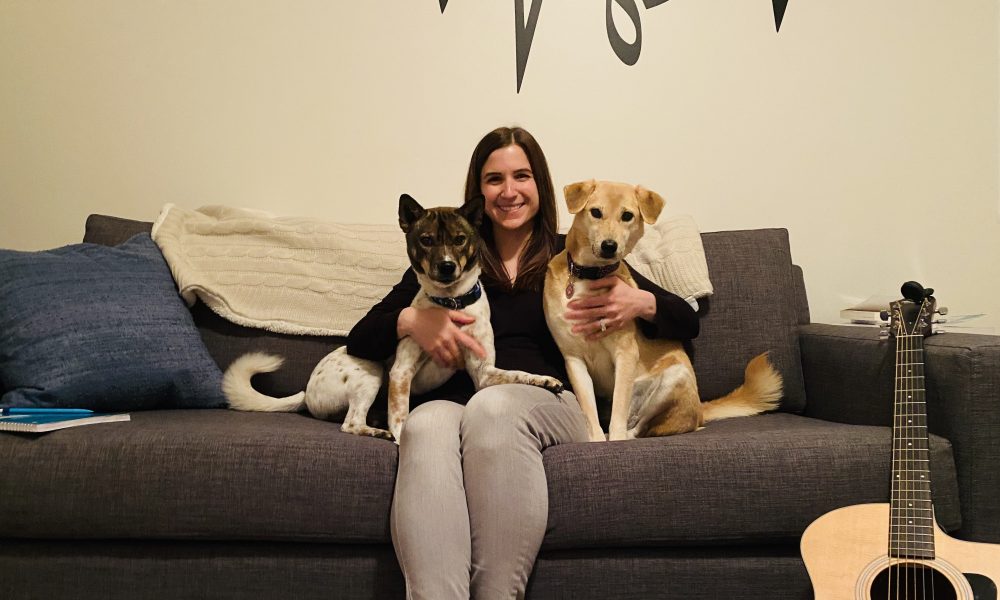 Today we’d like to introduce you to Natalie Duque.

Natalie, can you briefly walk us through your story – how you started and how you got to where you are today.
I can’t remember a time when music wasn’t a driving force in my life. Music has always made me feel at home in my own body- it brings me peace and clarity when nothing else makes sense. And there wasn’t a defining moment that made this happen- it’s just always been that way.

When I was a young girl, I begged my mom for music lessons, but she was a single parent trying to make ends meet and she thought I was just a kid with a fleeting dream that would change with the seasons. But it didn’t. So by the time I got to 3rd grade, she put me in music lessons, and I haven’t looked back since.

I was also fortunate enough to have a good friend of the family (who I lovingly call my aunt or TiTi), who is a songwriter and has heavily influenced my musical journey. We would always find ourselves locked up in a room, jamming together. She would teach me her original songs, and then we would perform them for our friends and family. I’d learn about her adventures touring music festivals and playing for music execs on the sidewalk outside their office buildings, and I’d dream of one day having some of those same epic experiences. This went on for years, and in 2000, she asked me to be part of her latest musical project- recording a children’s album of all original songs. We spent the entire summer recording (and sweating a lot!), and the following summer we went on a mini-tour to promote the album. It wasn’t my dream of playing Lilith Fair, but still so much fun to experience the process of recording an album and touring to promote it!

I returned back to life as usual, and the following year I went on to study Music Business at the University of Miami. While there, I sang background vocals for my friend’s band and played my solo music at house parties. I wish I could say from there I continued to pursue music, but that’s not how my story goes. The universe had other plans for me. I left college with massive debt and the need for independence. I eventually found my way out to Los Angeles (with $500 dollars to my name and no job lined up…), where I worked three part-time jobs and was still barely getting by. I would make a big batch of pasta on Sunday night and stretch it out for dinner for the entire week. I somehow managed to fully crowdfund my first ever EP project, and then again for a second EP. But the financial struggle wore on me and, quite frankly, I was hungry! So I quit music and got a full-time job. Except, it’s not really possible to quit something that’s so intensely interwoven into the fabric of you who are as a person. And after a few years of suppressing this need to create music, I started to physically get sick. So I quit my job and ran full speed back to my true passion. If there’s one thing I’ve learned, it’s that you can take the girl out of the music, but you can’t take the music out of the girl.

Since then, I’ve had my vocals featured in the world-wide campaigns for “Black Christmas”, “The First Purge” and “Happy Death Day.” My original song “When I Fall,” co-written by Grammy-nominated country artist Cam, can be heard in the indie film “The Fall.” And I’ve had the privilege of working with some incredible producers, including Tyler Johnson (Ed Sheeran, Taylor Swift, Harry Styles), Wayne G. Miller (Christina Perri), and most recently SE Berrios and Danny Berrios of Supperclub (BANNERS). I just released a new single, and am really excited to have a couple more projects scheduled for the remainder of 2020!

Overall, has it been relatively smooth? If not, what were some of the struggles along the way?
The road has been anything but smooth! As I mentioned, financially it’s been a struggle to fund my musical endeavors and support my every day living at the same time. But more importantly, I’ve had to overcome a lot of mental roadblocks. There are SO many incredibly talented artists and musicians out there, especially in LA, so it’s easy to feel inferior and not good enough. I’ve had to learn how to shift my self-talk and move passed imposter syndrome because at the end of the day, I was the one holding myself back (and there’s plenty of room for ALL of us)!

Can you give our readers some background on your music?
Music has always been my therapy- the way I process the world and my emotions. So when I’m writing songs for my personal artist project, I typically veer towards heartfelt, confessional, singer-songwriter songs. It’s a way for me to unscramble the thoughts in my head and heart, and a way for me to connect with people who can relate to those same emotions, even if the experiences that brought us there aren’t exactly the same. I write first from a place of honesty and vulnerability, and once I’ve felt like I’ve said everything I’ve needed to say, I then go back to tweak the song using the songwriting tools I’ve learned over the years to make sure it’s “polished,” but still has it’s original sentiment.

These days, most artists have to wear many hats, and I’m no exception! In addition to working on my own artist project, I’m also a session singer and songwriter for other sync and artist projects. I have a home studio I’m able to record high-quality vocals out of, which has been really helpful during COVID! And I’ve actually been able to collaborate and co-write MORE during this time since everything is virtual, and thanks to the Los Angeles Songwriters Collective (LASC) who has maintained such a strong songwriting community throughout it all. So I’m excited to have lots of fun projects floating around right now, including an uplifting collaborative EP scheduled to release right before the holidays!

What is “success” or “successful” for you?
I’ve learned that success is all about celebrating the small wins, and not necessarily achieving a specific goal (although that doesn’t hurt, either!); it’s about not giving up, and not letting the negative thoughts win; and it’s about continuing to move forward, regardless of how many times you fall along the way. 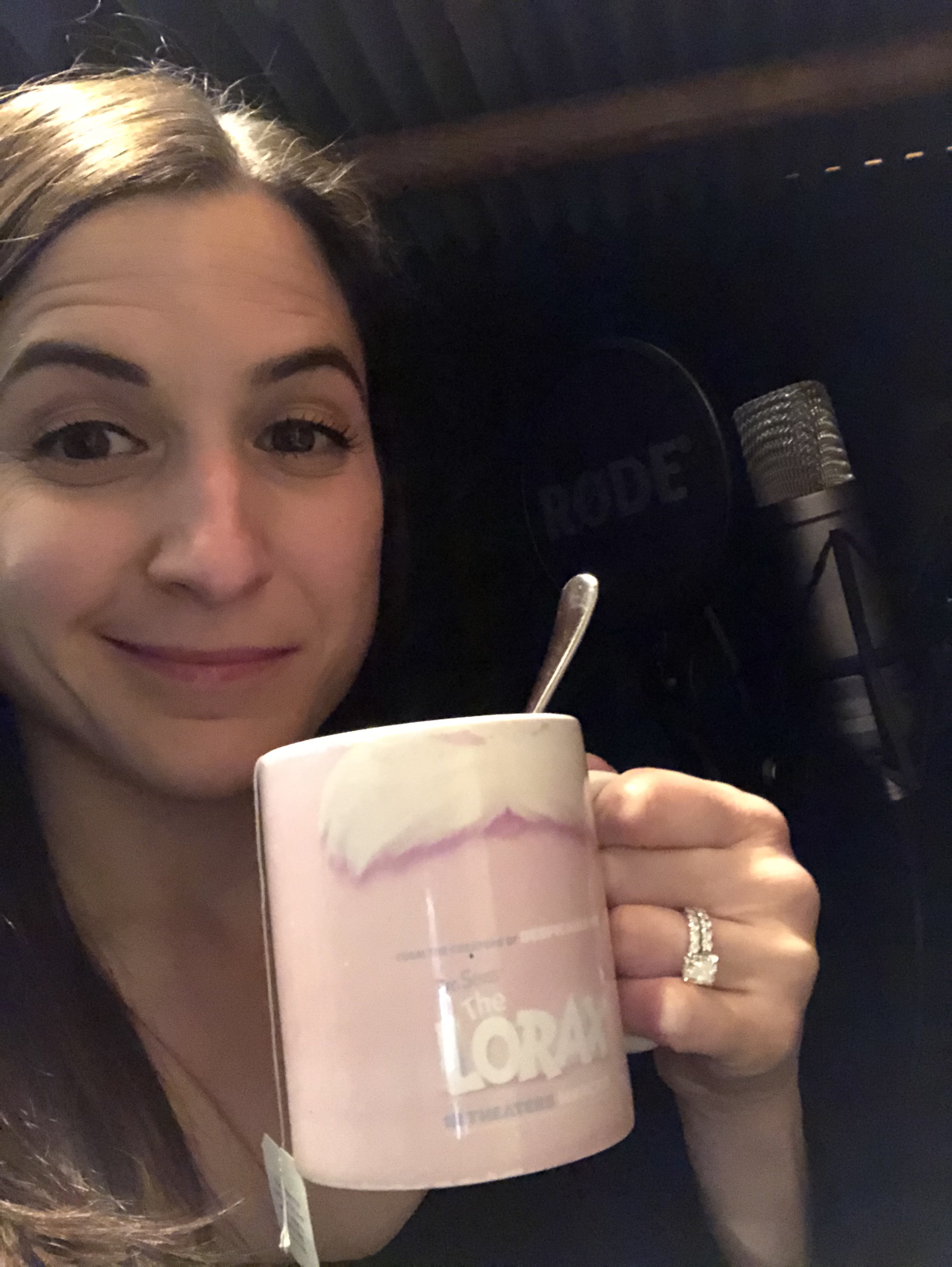 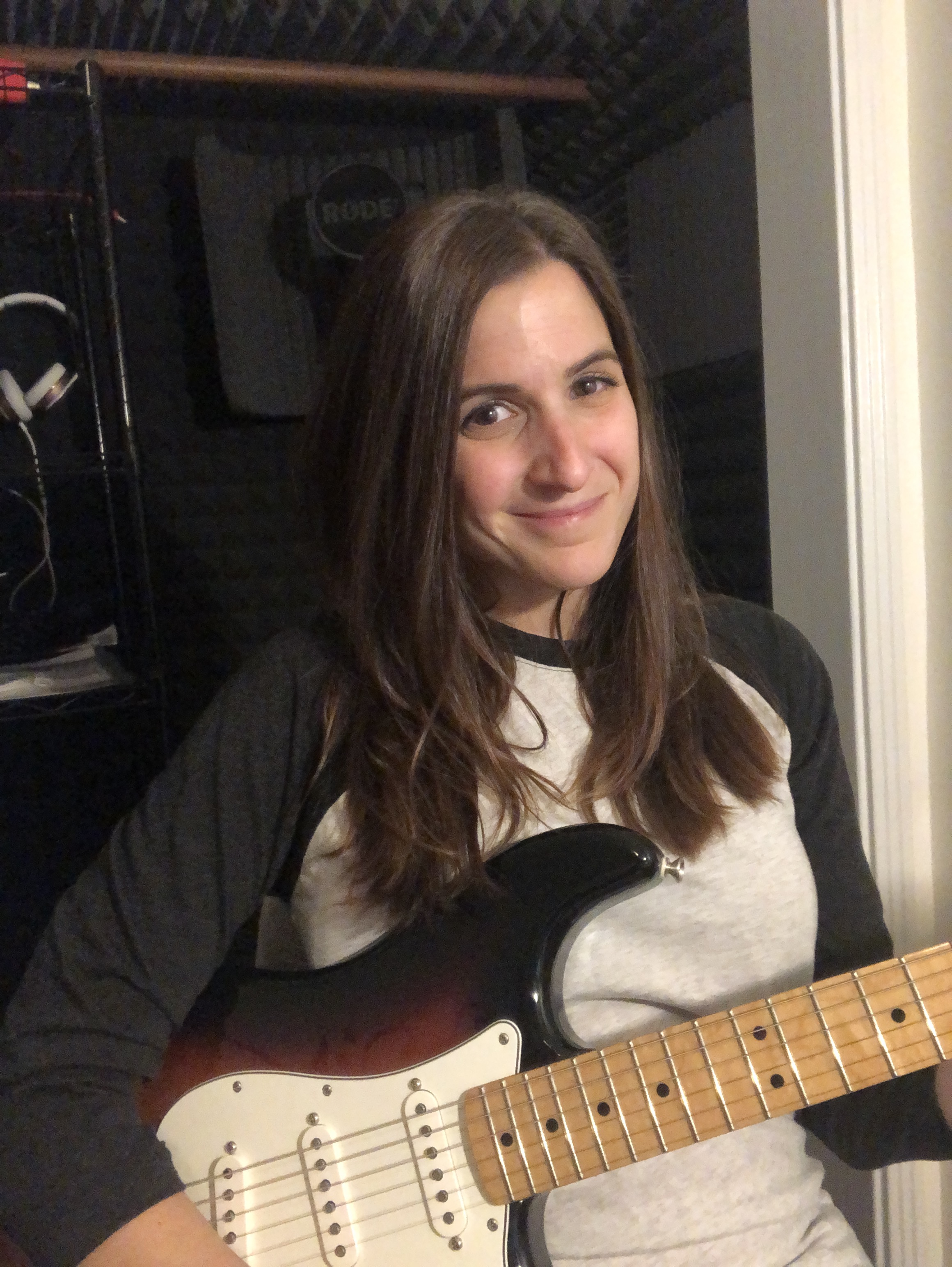 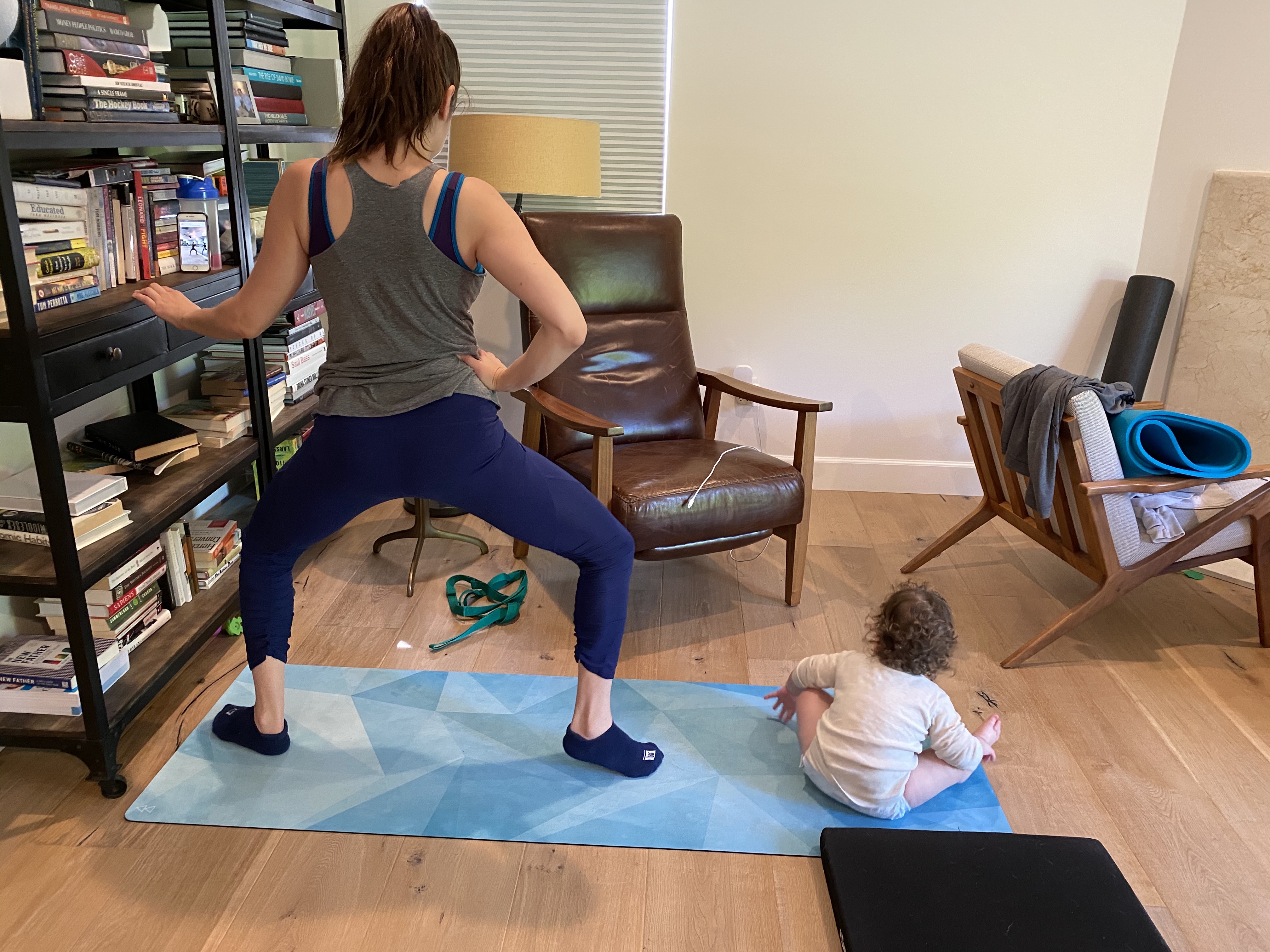 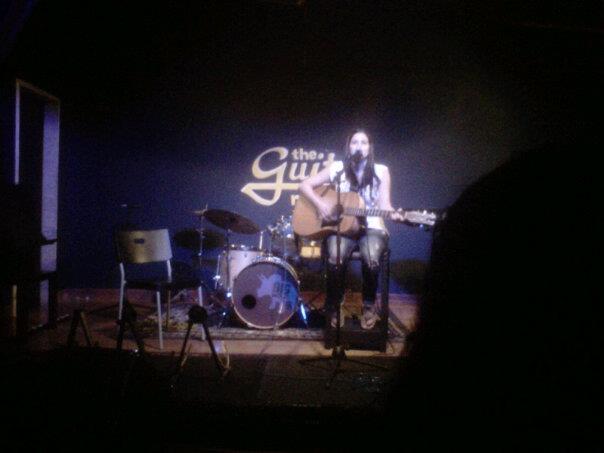 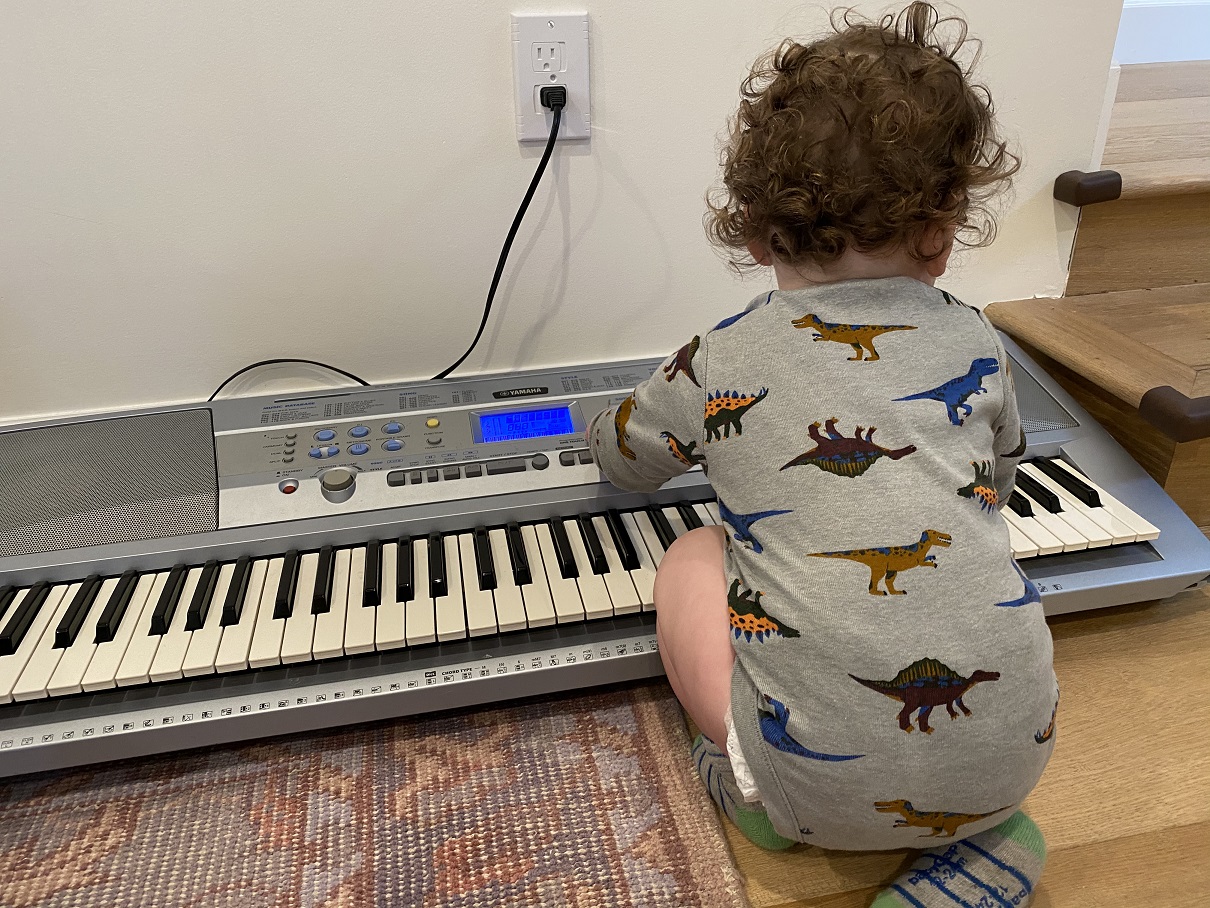