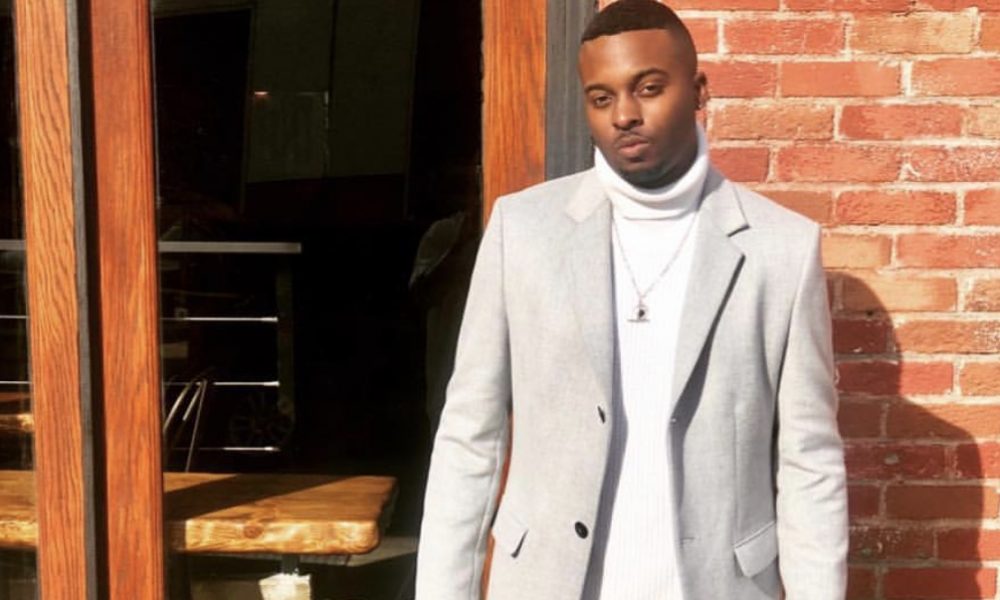 Today we’d like to introduce you to NAACP Image Award-winning Producer, Justin Hart.

So, before we jump into specific questions, why don’t you give us some details about you and your story.
I’m a native of Memphis, TN and I currently reside in Los Angeles, CA. Growing up, I aspired to be a singer, dancer, actor and to perform on Broadway. As a child, I remember grabbing the remote control and jumping on my parent’s bed as if I was live in concert. I was destined to be a star. I’ve had dreams of living in New York and LA as a kid, but who would’ve known that those dreams would come to fruition in the land of TV Producing? In 2011, I received a Bachelor’s Degree in Broadcast Journalism at Middle Tennessee State University in Murfreesboro, TN. While in college, I took advantage of my college internship program by working at various radio stations, local news stations, and interning for NBCUniversal in New York City. Upon graduating from MTSU, I received my first job in TV Production as a Production Assistant for NBCUniversal Syndicated Talk Shows (Maury Povich, Trisha, Steve Wilkos, and Jerry Springer) in Stamford, CT. After completing my first season at NBC, I received another job offer to work on Season 1 of the now Emmy-Award winning court show, Lauren Lake’s Paternity Court, as a Booker in Los Angeles, CA.

Although I was quite nervous about relocating to LA, I knew that taking a leap of faith would bring me closer to walking in my purpose and achieving my long-term goals. Working on Lauren Lake’s Paternity Court introduced me to a new world of TV Producing and developing. That experience gave me the opportunity to book compelling stories that not only focused on DNA tests, but also the importance of uniting families. Once I completed Season 1 of Lauren Lake’s Paternity Court, I produced on several award-winning talk shows ranging from Keke Palmer’s talk show, ‘Just Keke,” The Real, Boris & Nicole Ari Parker Daytime Talk Show, NAACP Image Award-winning reality series Iyanla: Fix My Life, The Raw Word, Divorce Court, Lifetime’s “This Time Next Year,” and now I’m currently producing on E! News morning talk show, “Daily Pop.”

Great, so let’s dig a little deeper into the story – has it been an easy path overall and if not, what were the challenges you’ve had to overcome?
I’m a firm believer that you must face obstacles in life in order to appreciate the progression you’ve made in your journey thus far. As a vibrant creator with endless dreams and the willingness to achieve the impossible, you tend to never think about the importance of financial stability when moving to a big city like Los Angeles. After completing my first show in LA, the project went on hiatus for a few months which left many of my co-workers, including myself, unemployed. It was rather confusing. I went from celebrating the successful launch of a new court show to being unemployed and scraping up change to stay afloat. It was indeed a terrifying experience for me because I was fairly new to the city, and I was financially unstable while couch surfing from apartment to apartment. But instead of allowing depression/failure to consume my thoughts, I realized that my purpose is much bigger than this temporary struggle. I immediately started to apply for retail jobs until I landed a job on the next project. For a few months, I picked up a retail job at American Apparel and worked alongside some of the most fashionable people in LA.

During that moment, I realized that my purpose was to help others bring out their confidence and to educate them on the importance of taking risks. What better way to do it than to incorporate fashion into it? It was indeed one of my many highlights while living in LA, and it prepared me for the plethora of opportunities that came along afterward. After working at American Apparel for two months, I received two job offers back to back to work on Keke Palmer’s Pilot Talk show, Just Keke, and I received an offer to work on The Real Daytime Talk show. With that being said, I realized that the obstacles of life are one of our greatest blessings. It makes us patient, sensitive, and Godlike. It teaches us that although the world is full of suffering, it is also full of the overcoming of it.

We’d love to hear more about your work and what you are currently focused on. What else should we know?
I’m currently a TV Producer for E! News morning talk show, Daily Pop. Our show covers everything from pop-culture news, celebrity interviews, and games. What I enjoy mostly about working at E! is having the platform to create quality and entertaining content for viewers. There’s so much turmoil in the world and it becomes depressing when every news outlet is covering heart-wrenching stories. But as a Producer on E!, it’s imperative for me to bring excitement to the world through games and searching for those heartfelt stories that will touch the lives of our viewers.

Before working on E! News morning talk show, Daily Pop, I was a Booking Producer on Iyanla; FIx My Life, which is a reality docu-series that airs on Oprah Winfrey’s network, OWN. The show focuses on healing, getting to the root of issues that are usually swept under the rug, and it’s about uniting families. Working on Iyanla Vanzant’s show was a life-changing experience for me. It gave me the opportunity to book, produce and develop compelling episodes that changed the world. One of the many highlights of working on the show occurred when I booked 7 of the victims from the Pulse Nightclub shooting in Orlando, FL. Being a part of their healing journey and connecting to their stories was an unforgettable moment that I will cherish as I continue throughout my journey in life. Another highlight from Iyanla: Fix My Life is our recent win at the 50th NAACP Image Awards for Outstanding Reality Program, Reality Competition Series.

What moment in your career do you look back most fondly on?
My proudest moment of my career so far is winning an NAACP Image Award and singing alongside some of the most amazingly talented singers in LA on Easter Sunday at Coachella with Kanye West. 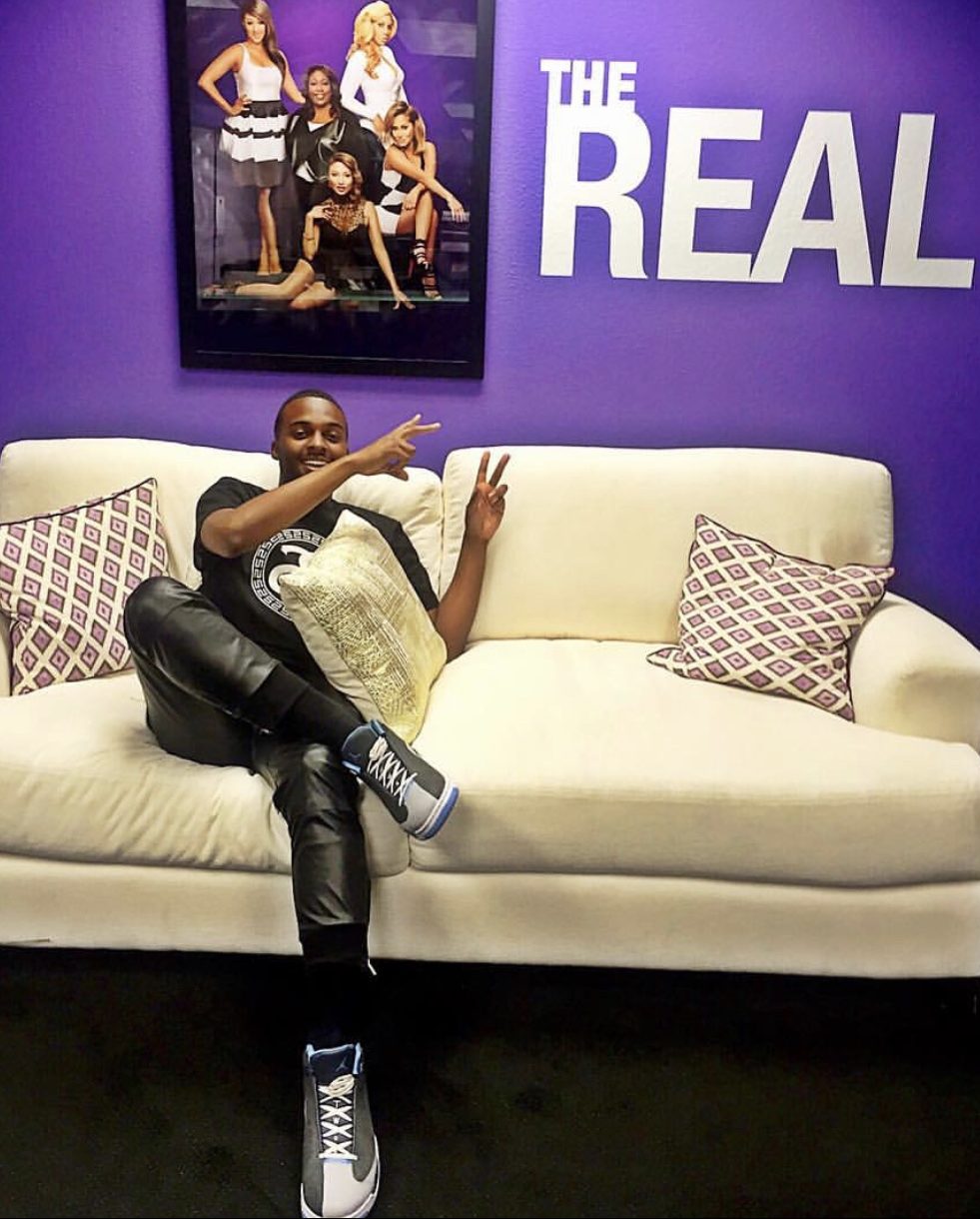 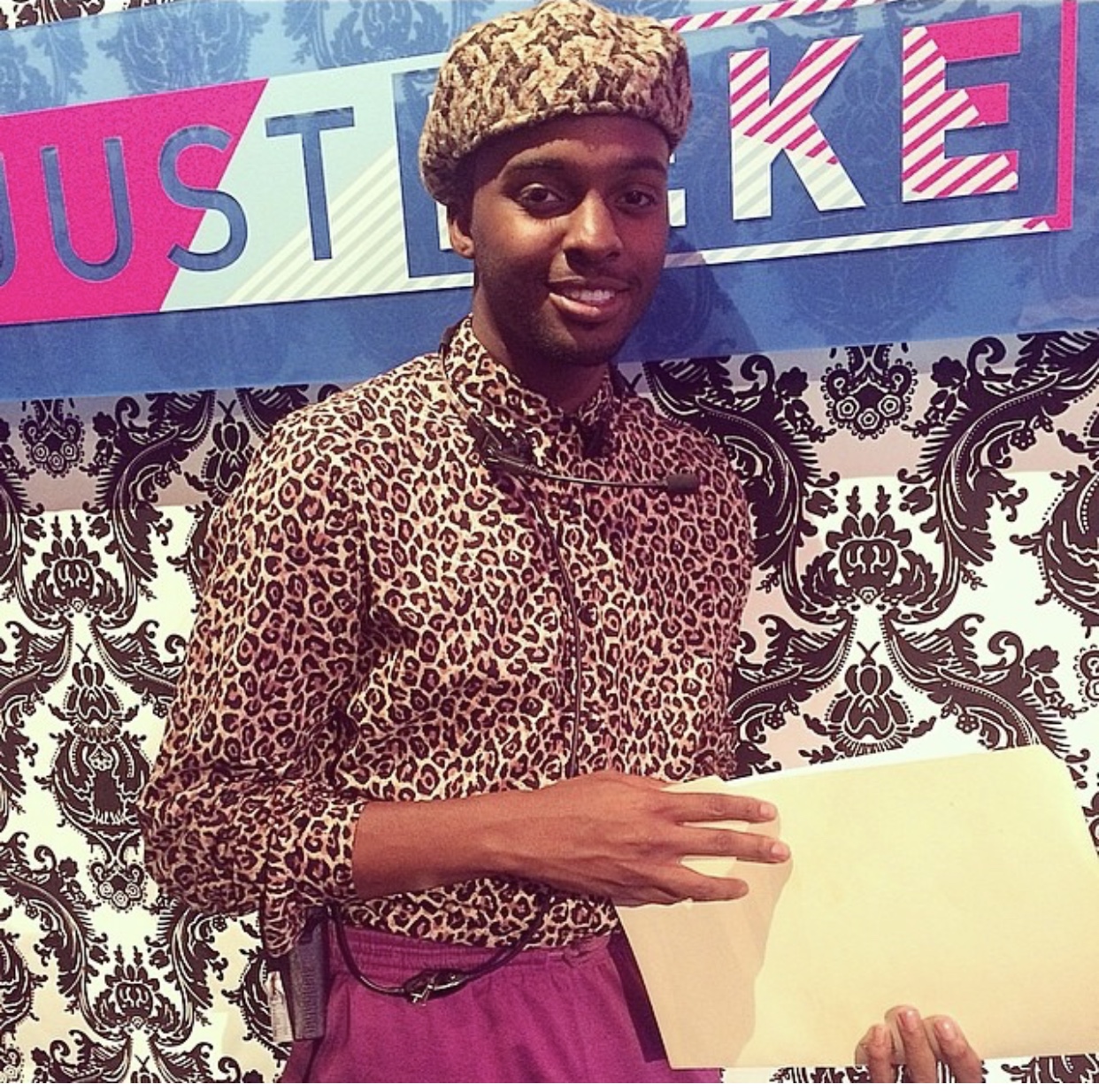 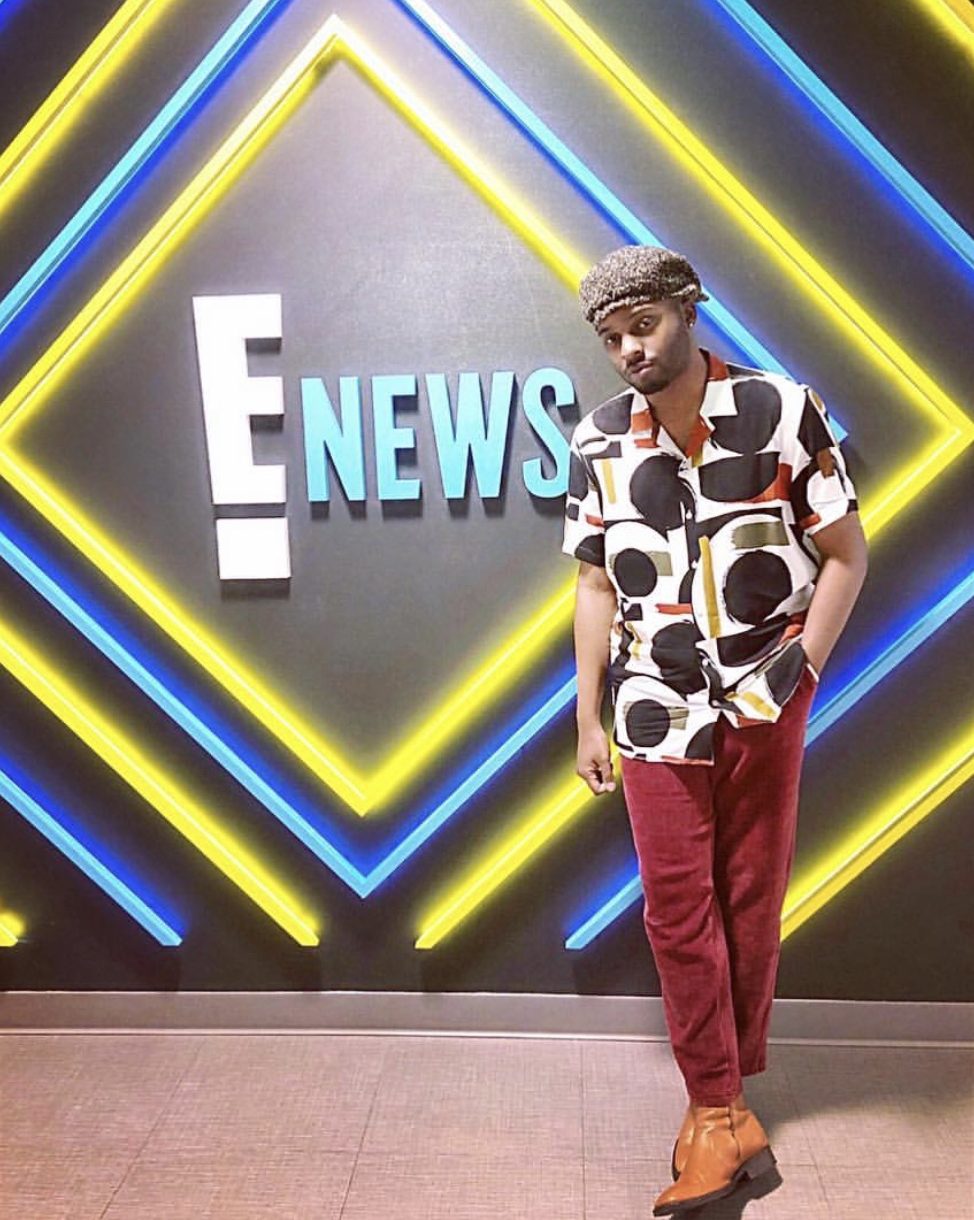 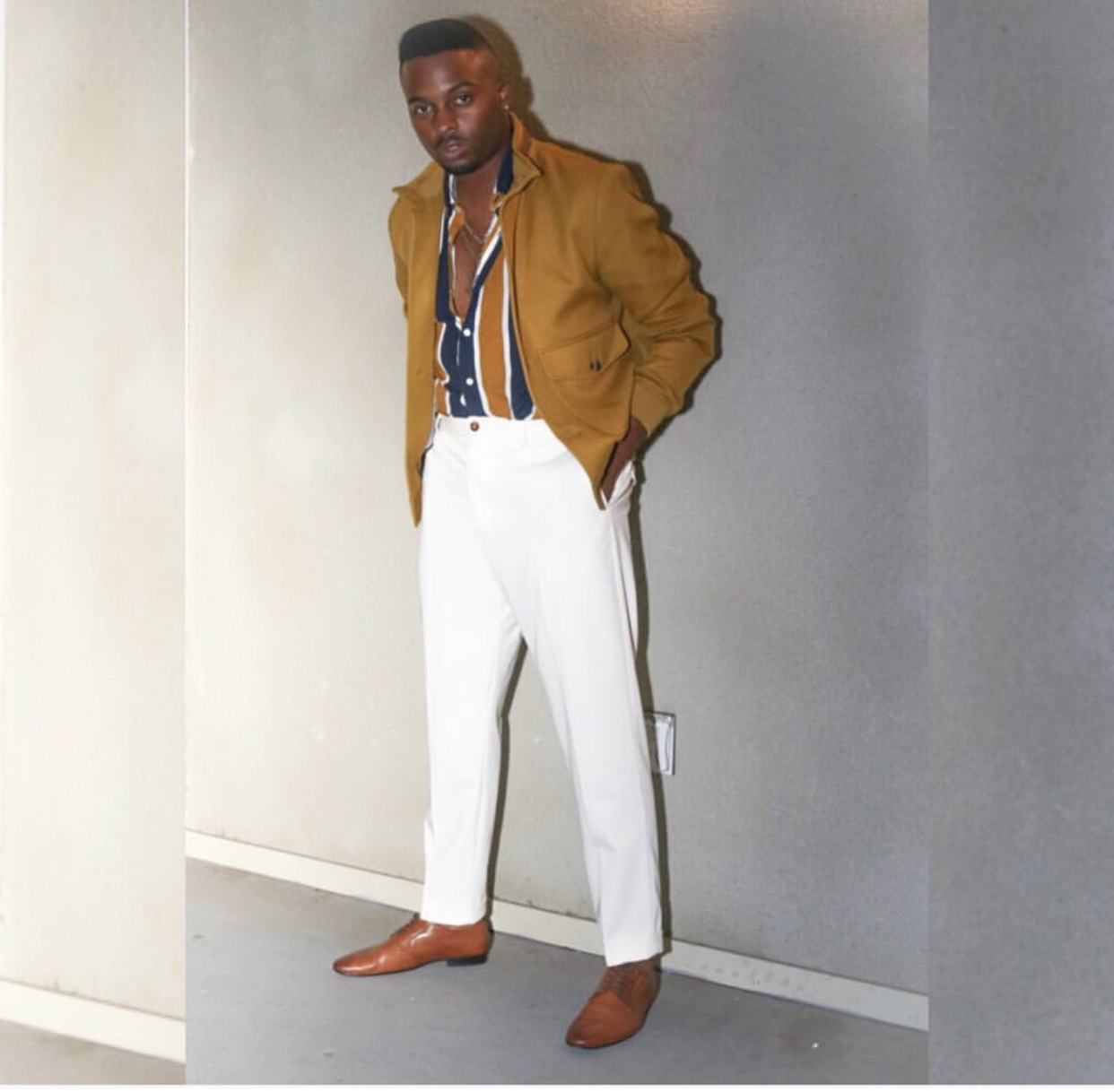 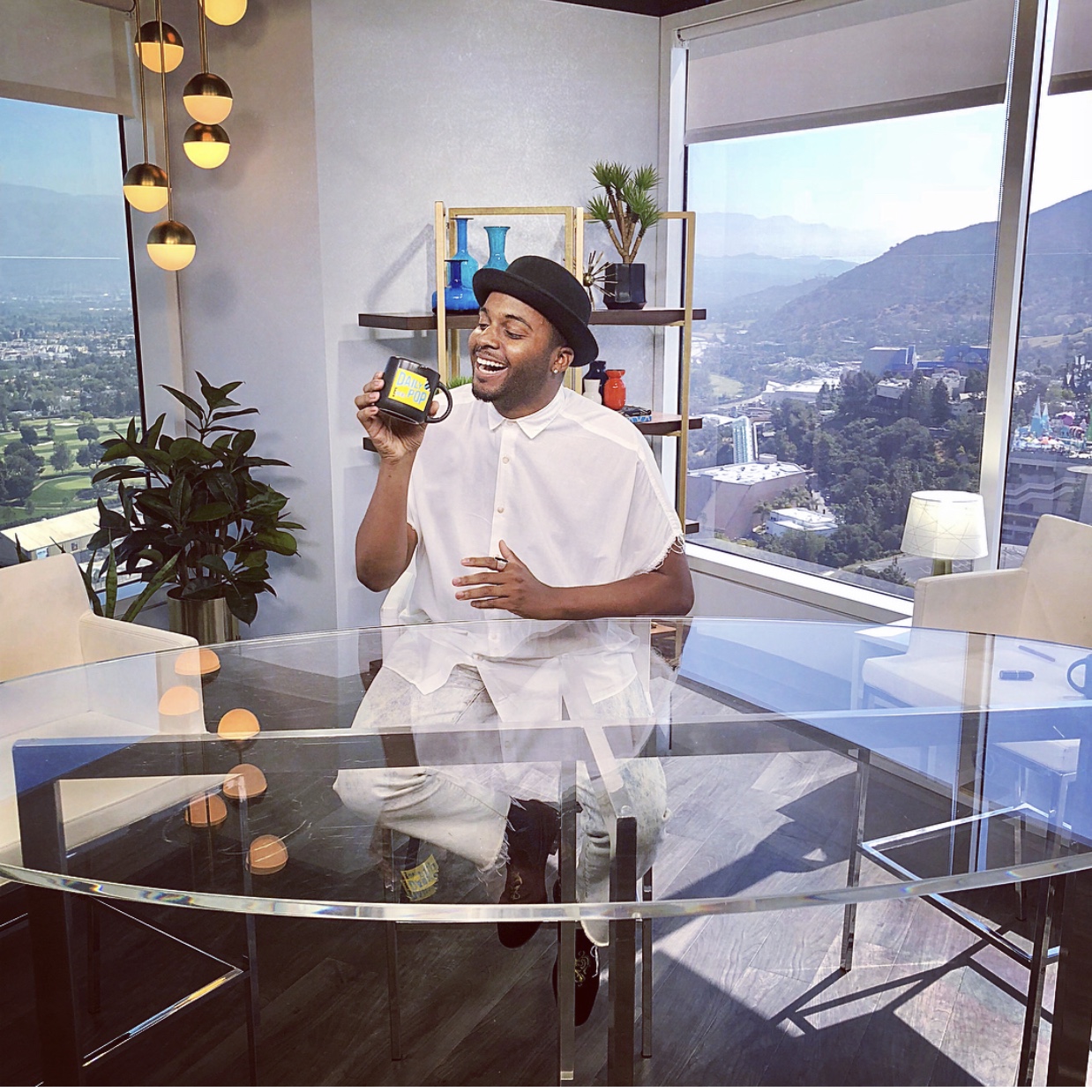 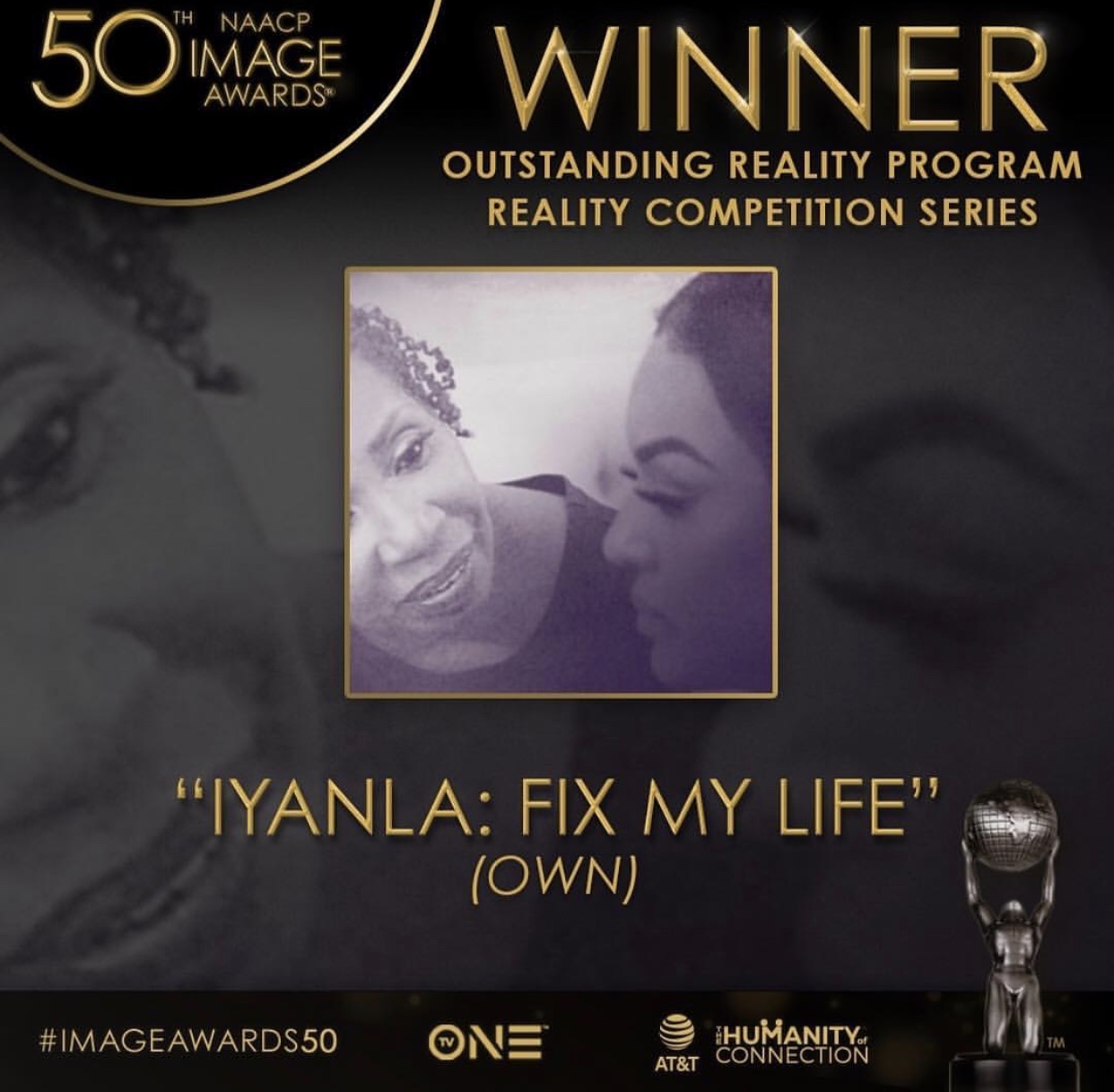 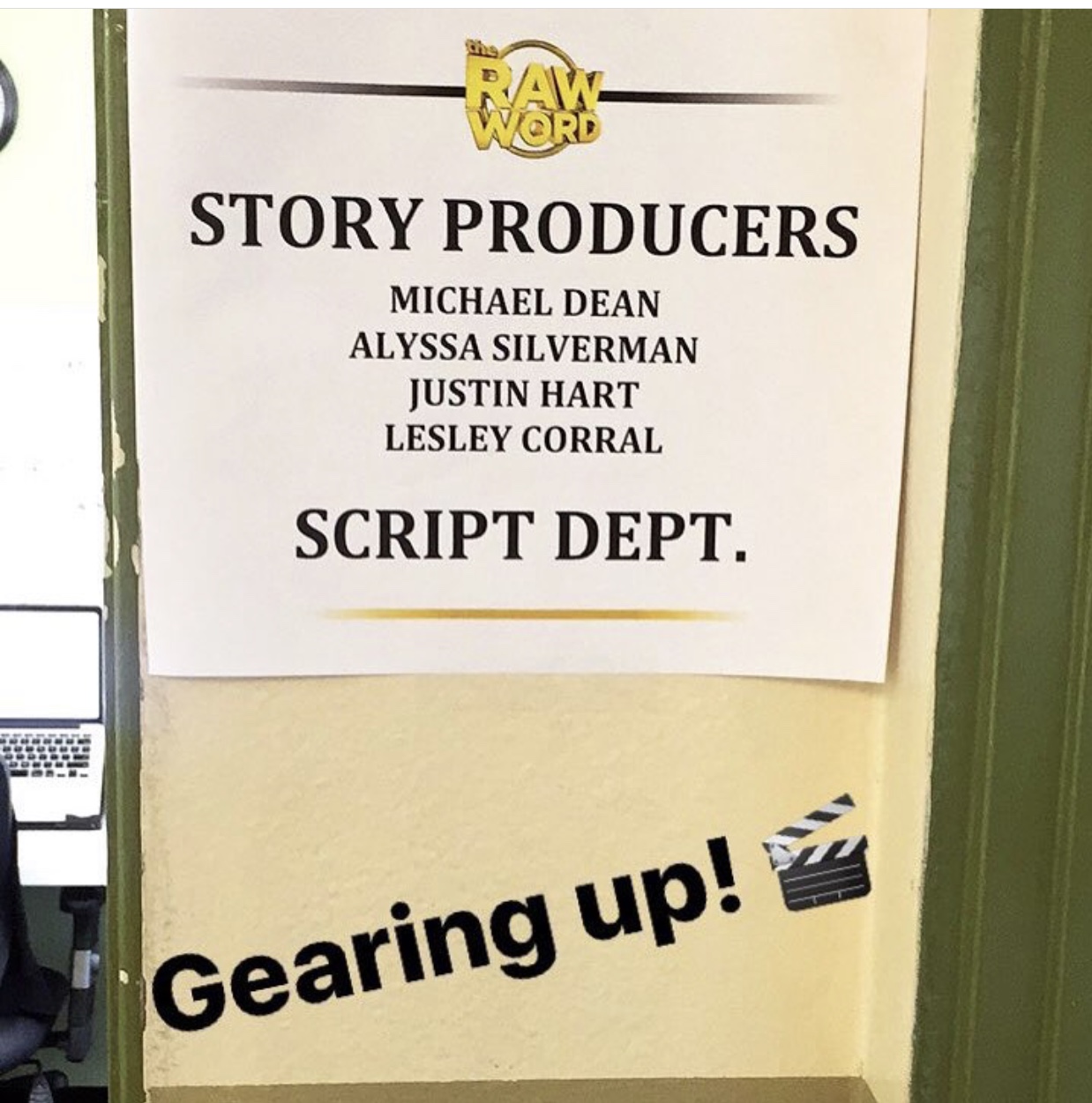 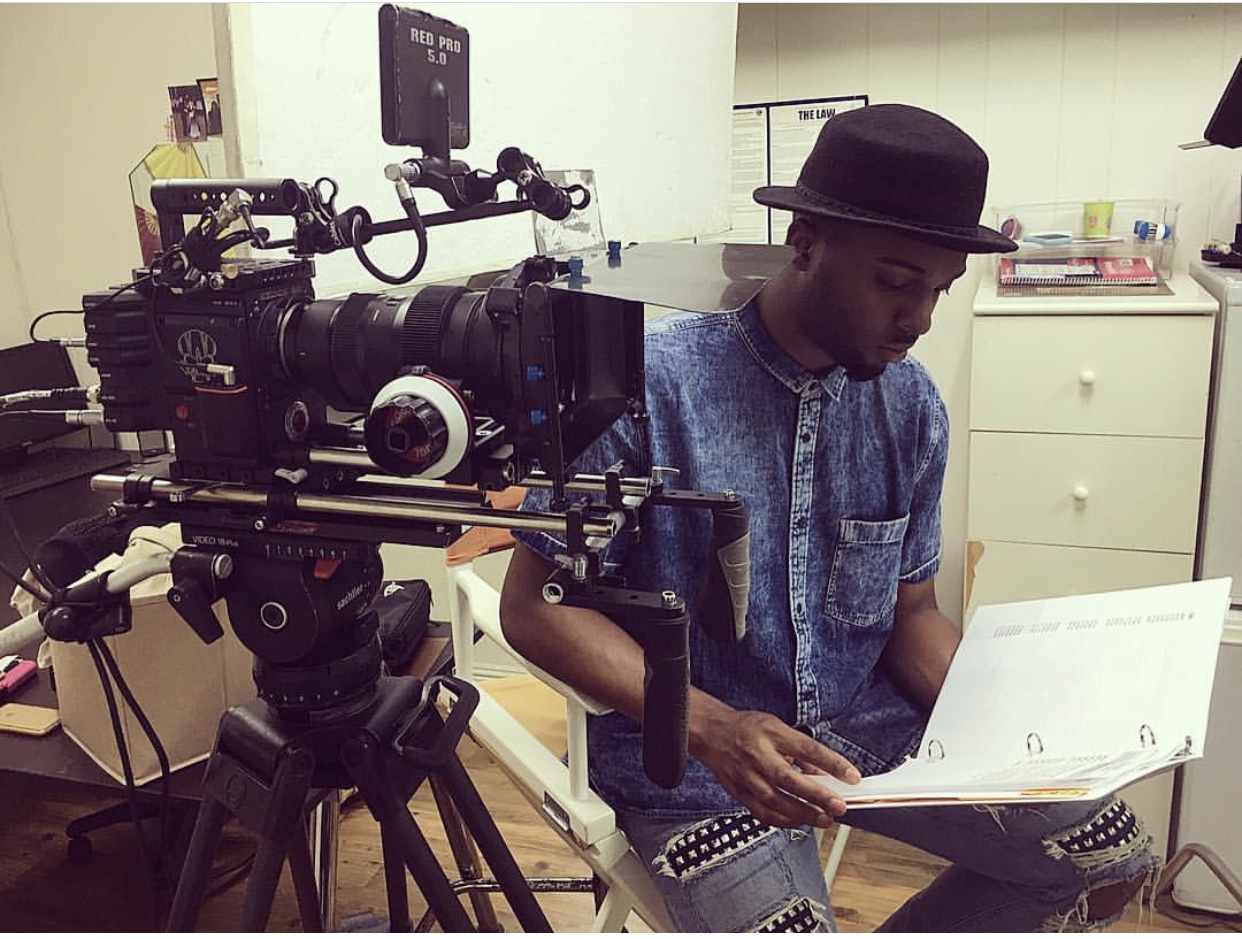 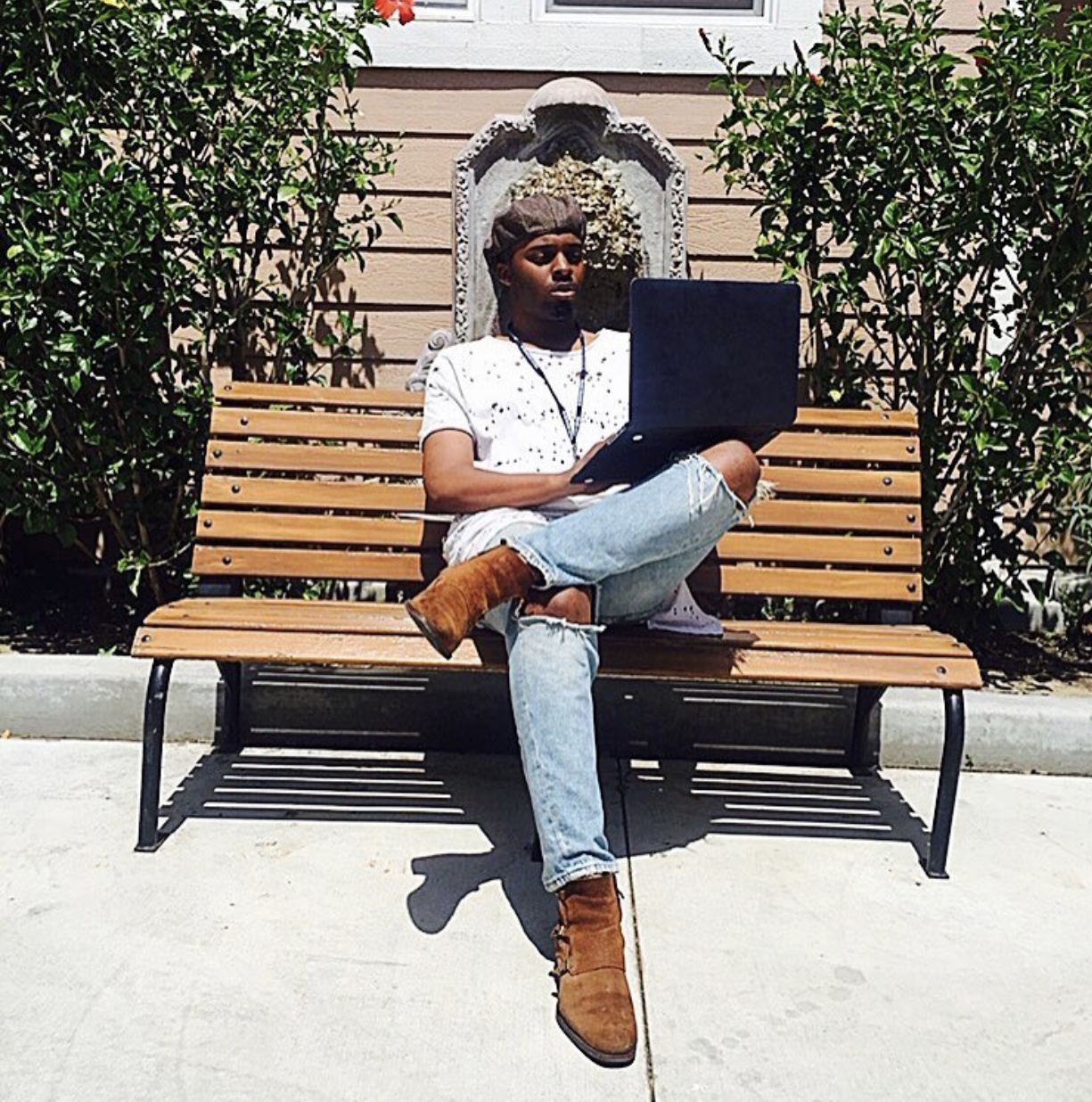