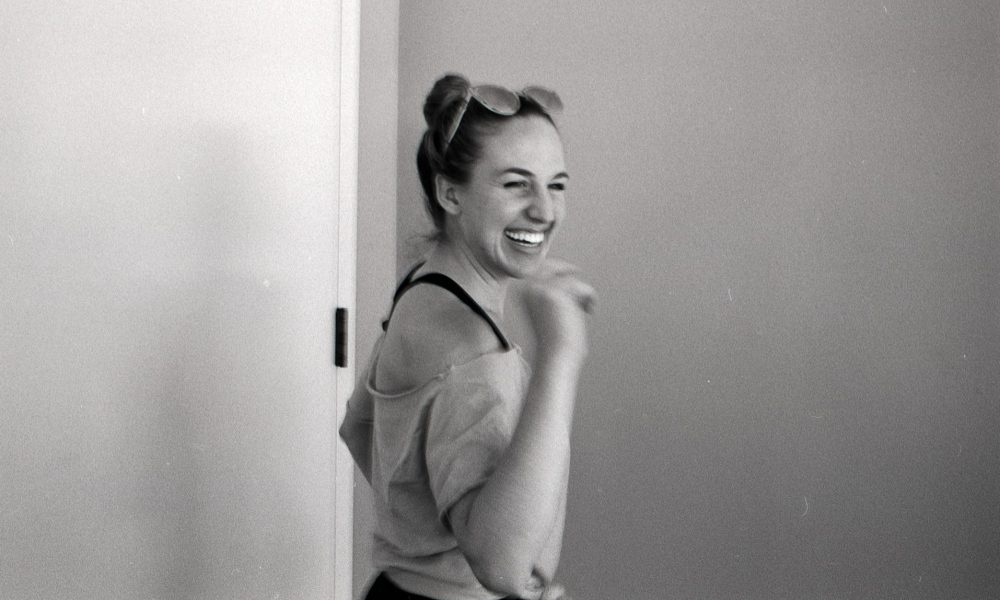 Today we’d like to introduce you to Haley Bartels.

Haley, can you briefly walk us through your story – how you started and how you got to where you are today.
I’m a screenwriter. I was born and raised in Northern California, in a tiny little wine town called Healdsburg. I had an unreasonably well-adjusted childhood for someone who grew up to become a writer. I was really lucky to have two parents that raised me on a steady diet of fiction and film, and never once pressured me to follow in their footsteps and go to med school/dental school.

Since I can remember, the thing I loved most was stories. I was the kid that read each Harry Potter book in one sitting the day it came out (I read the fourth book a whopping THIRTY-SEVEN times while waiting for book five), and almost every admissions essay I’ve ever written has been about seeing A New Hope for the first time. I’ve always been a story monster.

After I graduated from UCLA with my BA in English (cue Avenue Q lyrics), I moved home and….worked as waitress for three years. (Say what you will about Sonoma wine country, it’s a great place to be an adrift millennial trying to figure out what to do with your life.) I spent brief stints in New York at the Lee Strasberg Institute and Russia at the Moscow Art Theater studying theater, which were both amazing but ultimately not the path I felt compelled to follow. Throughout everything, though, I was writing.

Eventually, I felt the walls of time and the complacency of a comfortable existence in NorCal closing in. (Quarter-life mortality crisis, anyone?) In a flurry of desperation, I madly applied to several graduate writing programs — and I was really, really lucky to be accepted into the only film program I applied to, the American Film Institute Conservatory. I took the leap and moved to LA, as petrified as anyone who’s ever moved to LA to pursue The Dream since the dawn of time. Within a week at AFI, though, I knew — this was It. This was The Thing. I fell in love with this work and haven’t looked back.

Great, so let’s dig a little deeper into the story – has it been an easy path overall and if not, what were the challenges you’ve had to overcome?
All things considered — yes, I’m astoundingly lucky compared to a lot of people. Don’t get me wrong, I’ve had my share of sobbing-on-the-floor brokenhearted moments of frustration and self-doubt — of course I have, I’m a writer. And the journey so far has been largely defined by a merciless torrent of rejection (peppered with rare, golden, life-affirming moments of triumph). But I have two parents who have been nothing but encouraging and supportive. I was able to attend a prestigious graduate program (shoutout to AFI, just ranked #1 film school in the world by THR, baby!!).

I’ve had a tremendous amount of privilege that’s allowed me to make it even this far. I’ve been thinking about that privilege a lot lately, meditating on how many stories we’ve been robbed of because of the gatekeeping that occurs at every level in Hollywood. But I’m really encouraged to see the tides slowly beginning to turn, both via social media discourse (#PayUpHollywood) as well as the way my peers genuinely strive to lift one another up. A rising tide lifts all boats, etc. Hopefully, the work we’re doing now will allow the writers and filmmakers of the future will walk a smoother, more equitable path.

We’d love to hear more about your work and what you are currently focused on. What else should we know?
I write female-led genre pieces. Primarily historical fiction and sci-fi, but I also dabble in fantasy, horror, thriller, and magical realism. I have a feature script about a female pirate, a 1980s grounded sci-fi feature, and a tech-noir feature about human cloning. I also have a murder mystery pilot set in 1890s San Francisco, as well as a period drama pilot set is 1900s Chicago that is currently in development with the incredible Chemically Altered Productions, who have been a delight to work with.

My work tends to focus around coming-of-age stories of young women choosing between fantasy and reality, groups of people attempting to forge new societies amidst social upheaval and chaos, and characters grappling with death and the Great Unknown.

Someday, though, my dream is to tackle The Fantasy Epic. It’s the kind of story I love most, though has always seemed daunting. But now, more than ever, these huge, sprawling stories feel like they have a bigger impact on the world and the way we relate to each other than any other kind of tale.

I recently rewatched the Lord of the Rings trilogy and feel like, in 2020, I finally understand it. I spent this past weekend helping my parents evacuate from the NorCal fires, in the midst of a global pandemic, while the worst, cruelest administration in American history throttles our voting system, terrorizes our most marginalized citizens and residents, ravages our climate, and lies to our faces. Everything seems hopeless.

But stories give us hope. There’s a moment in The Two Towers when Samwise waxes poetic about “The great stories…the stories that stayed with you. Folk in those stories had lots of chances of turning back, only they didn’t. They kept going because they were holding on to something.”

“What are we holding onto, Sam?”

“There’s some good in this world, Mr. Frodo. And it’s worth fighting for.”

In our stories — and in each other — always, always, there is hope.

Is there a characteristic or quality that you feel is essential to success?
A three-way tie between optimism, curiosity, and keeping a sense of humor. Gotta keep looking toward the light, gotta question everything, and gotta be able to laugh.

And also, if you can, pet at least one dog every single day. 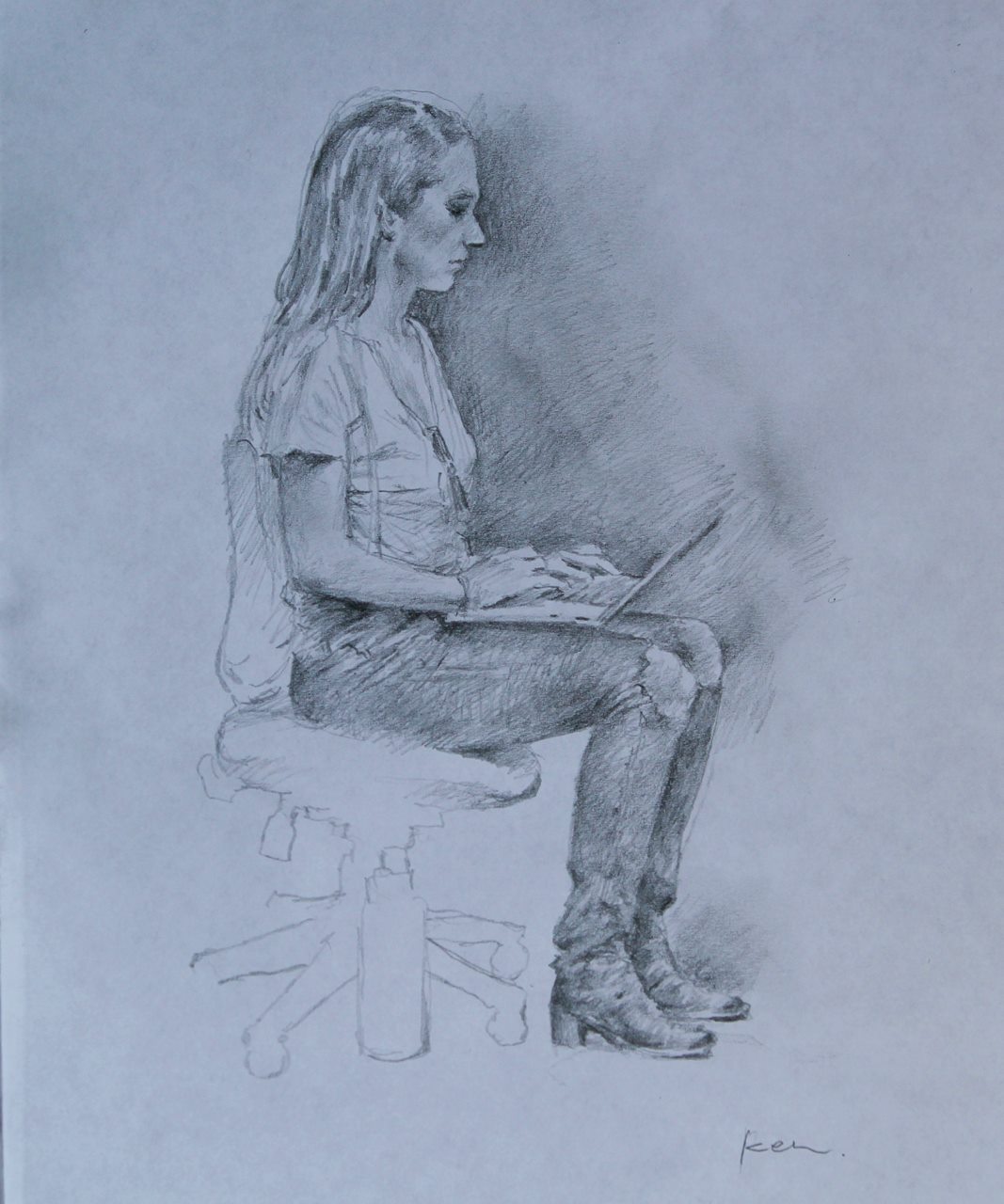 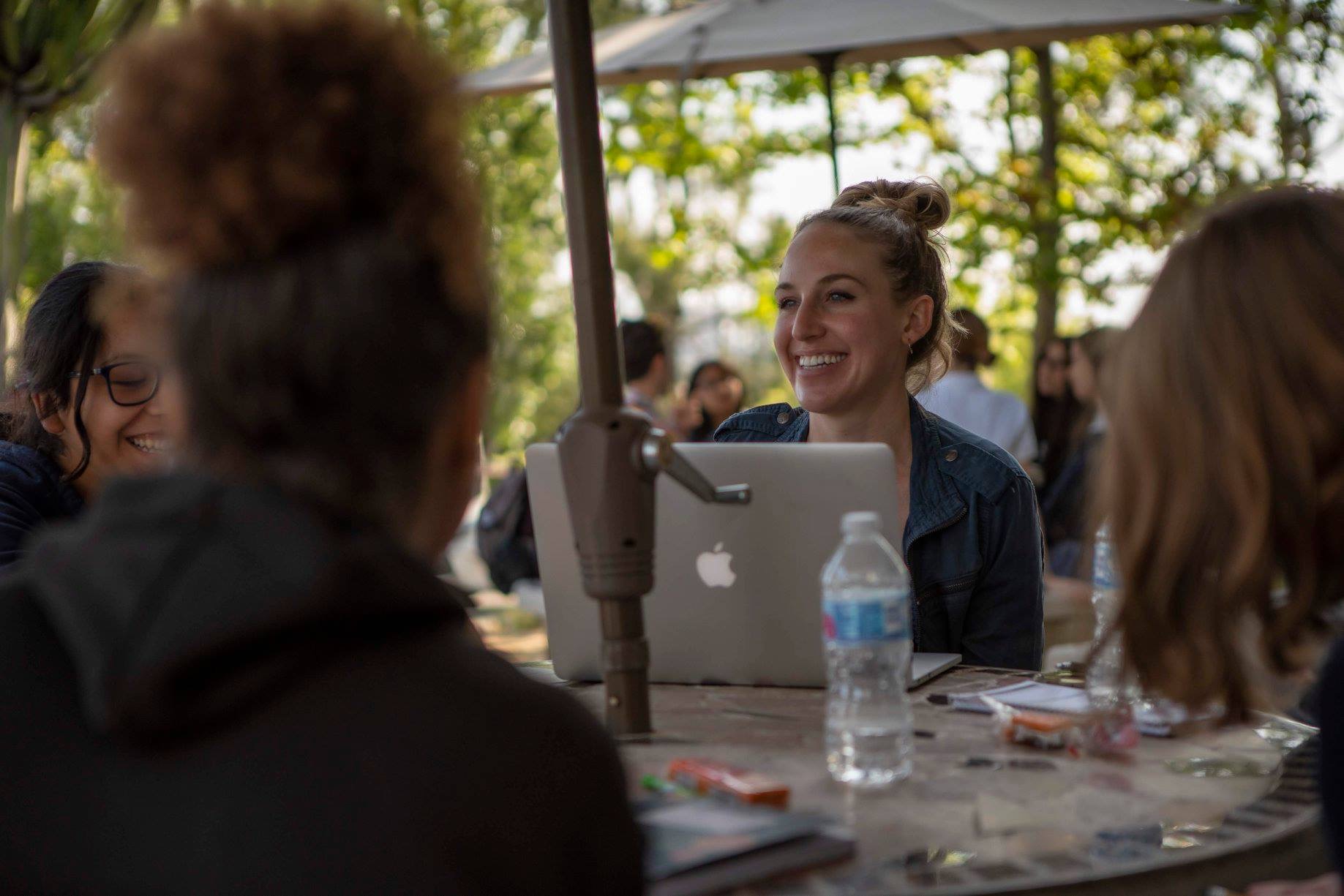 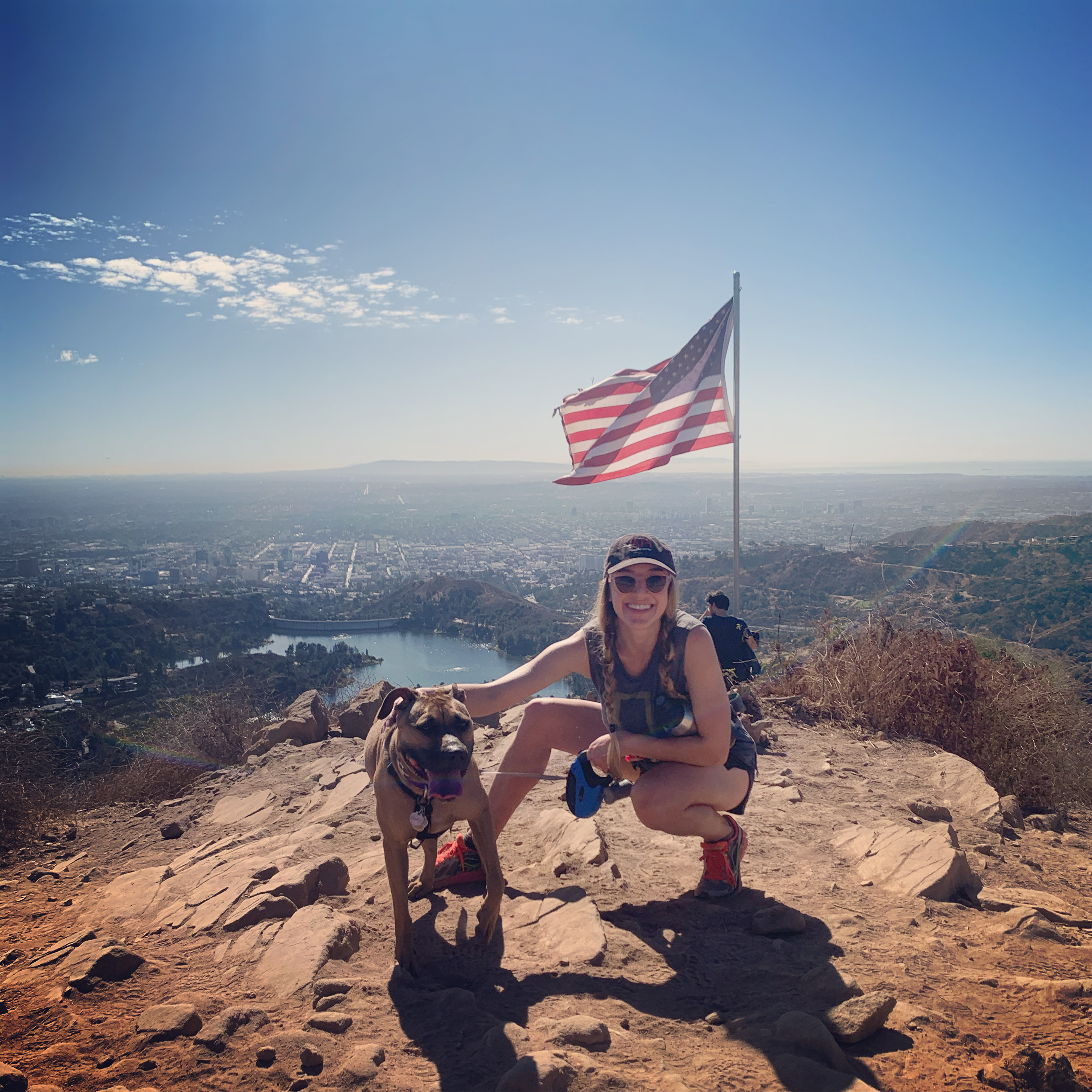 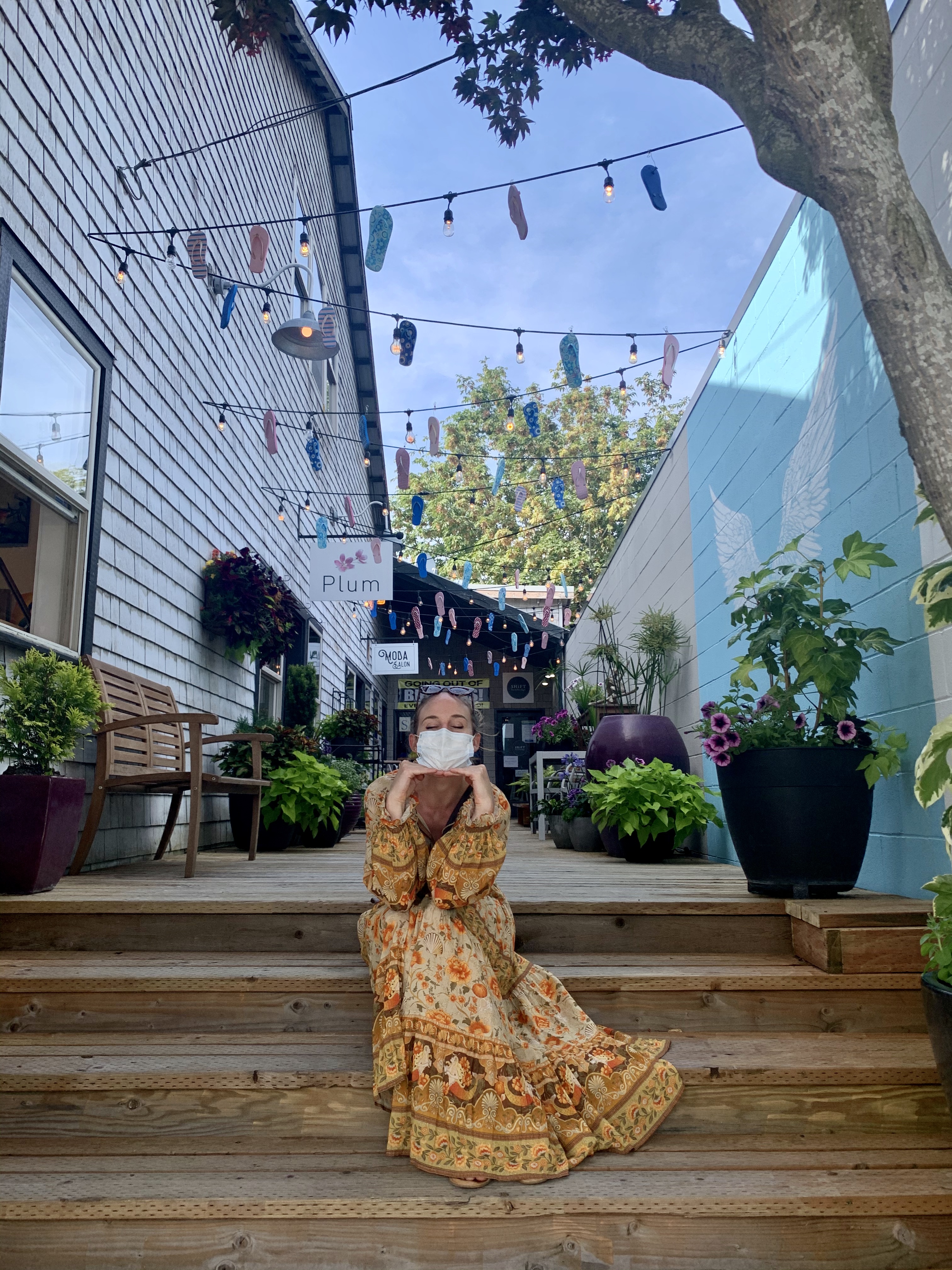