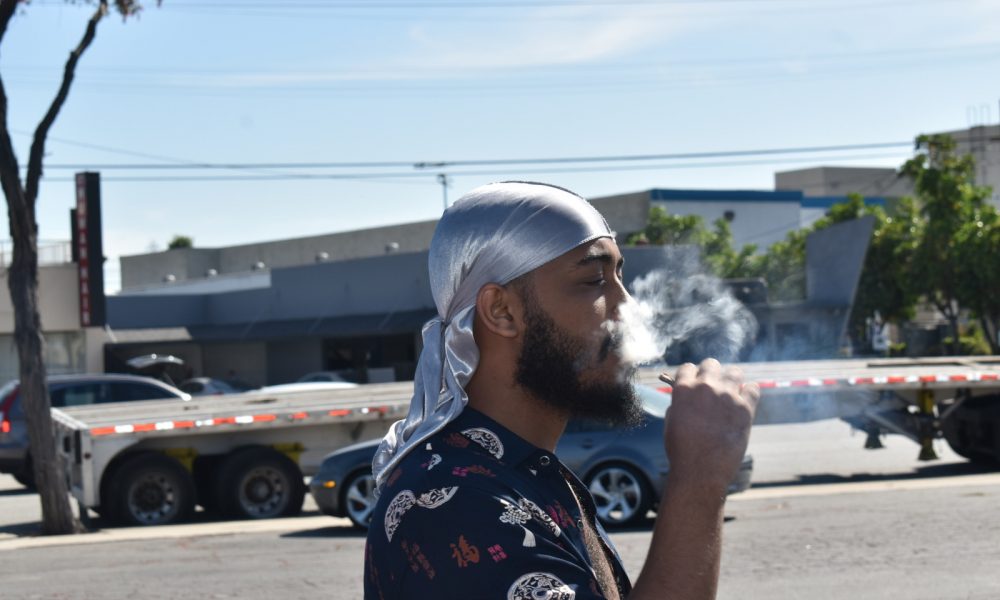 Today we’d like to introduce you to LeJon Flot.

Can you briefly walk us through your story – how you started and how you got to where you are today.
My journey in music began when I was just a small child. I started off singing in my church choir and eventually gained enough courage to try out for my school’s Ensemble, which I ended up making and staying apart of until I graduated high school. During my high school year’s I became infatuated with writing poetry and soon fell deeply for hip-hop and the rap culture. I always enjoyed music that challenged my thinking so naturally rap was so easy to gravitate towards as a writer because it exercised my ideas in my own unique light. As I was completing my high school career, I began to write and make rap music under the alias Chad Samurai with my older brother, old-time friend, and amazing artist Seafood Sam, and in 2011 we released our first project titled “Bagels for Brunch”. I loved the process. I loved recording, collaborating, and connecting with Seafood, Beto Sparks, and everyone else we had been working with at the moment, and the feedback we received from the project made us nothing less than sure that music is the life we’d pursue. Unfortunately, we wouldn’t pursue it together due to personal mistakes made on my behalf in the relationship between Seafood and I. Looking back now, I realize how important it is musically to not only be a good artist but to be an even better and respectable person. I took a hiatus from creating music for multiple years, purposely making this time for self-assessment and reflection telling myself I’d never pick up a mic again. That is until I met Dar$e Louie. Well, I had already known Dar$e, we went to high school together and even shared some classes. But my brother and I didn’t connect closely until the end of 2013 where we began recording his debut mixtape “LSD”.

Along with my brother, engineer, and photographer Jay Garcia, we tracked Louie’s 13 track project in my mom’s storage room in her backyard (where I lived) and made it an instant city classic. The track “Cedar” an infamous street we grew up on in Bellflower was the first record I recorded since the falling out with Breakfast Bunch, and it felt amazing. I appreciated the support on the track, which was through the roof, but I truly enjoyed being back in the process of it all. Going by N01 at the time, which is a double entedre for being nothing and number one, I dove back in head first, acquiring a team in BTM, and releasing my first solo project titled “Genesis” at the end of 2014. This project was special because it showed the tangibility of actually making a respected cohesive piece that I can take joy in knowing I completed. The next year I released another project in May of 2015 titled “F*ck Mayo Episode 2” which is a continuation of a series of songs I put out under the name of Chad Samurai which I never finished. I was determined to make something that collaborated with everyone I was rubbing elbows with at the time, and the finished project came out nothing short of a success. This project attracted a lot of new entities, blogs, and artists, including Vritra, who at the time went by Pyramid Vritra. If you are not aware of who Vritra is, I’d suggest you get acquainted.

On top of being an amazing friend, Vritra is a Georgia-based artist who was apart of entities like Odd Future, Stones Throw, and NRK. I had known Vritra prior to the release of FMEP2, but it wasn’t until after the release that we started connecting and collaborating musically. Vritra, along with NRK’s Jay Cue and Tyler Major, propelled me into producing music, an art I had always longed to understand and achieve but didn’t understand technically. They showed me how to maneuver my DAW, and where and when things sounded good within a composition. This is when I adopted the final ‘SES’ of my stage name forming what people now know as N01SES. Again, I became lost in the process because I was so in love with it. I took a second hiatus from writing music, but this time it was because I was mastering the art of production. I became engulfed in it that eventually by the end of 2016, Vritra and I were releasing our first project from our joint series titled “Per Capita”. By this time, Vritra and I had become fathers, and we wanted to release music that could be enjoyed by all ages. Prior to the release of “Per Capita” by the California based label, The Order, members from my BTM crew disbanded which ended up forming another entity called 3BLOK, consisting of Montae Montana, Godfather Rito, and myself. After the “Per Capita” release, my 3BLOK brothers and I were plotting on how to make a staple in the music community around us.

This brought about the integration of 3BLOK into RICH MIND$ which was began, managed, and curated by Dan-Ganja and DJ OB1Foo. Montae Montana, who had been working on a project titled “Amerikkkan Muscle” began performing at the same shows as Dan-G and OB1, and before 2017 ended both entities, 3BLOK and RICHMIND$ became a cohesive unit. Upon the integration of 3BLOK into RICHMIND$, I was looking for a fresh start. I wanted to build with new producers and create a new sound and scene for my music. In April of 2018, I met and performed alongside SWRV, a young producer from Hacienda Heights, at the Backyard Beats event thrown by RICHMIND$. He had a unique sound that reminded me of Monte Booker with that Timbaland bounce. Immediately we connected and about a month later, I released my first single with SWRV titled “RIPXXX” due to the lack of compassion given to the artist at the time of his passing. The single went on to be very successful, totaling over 20k hits in 3 months, propelling SWRV and I to create a projection. “Memoirs” was the name decided on for our project, in dedication to all of those who have been lost, and to stay in remembrance of why we pursue the things we do. This project went on to be my most successful project, from being featured on multiple shows and interviews to being published in popular blogs around the world.

After the release of Memoirs, SWRV was so hyped that he wanted to produce a track for my up and coming EP w/Vritra titled “Per Capita 2”. So naturally he did, and in July of 2019 Vritra and I released “PC2” under the UK-based label Blossom Records. After this release however, SWRV fell into a deep depression and eventually on October 6, 2019 SWRV passed away after committing suicide. It crushed my spirit completely, and I again started having feelings of doubt and despair. On the day of his funeral, I had a conversation with SWRV’s father promising him that I will accomplish everything that he and I discussed musically as a dedication to the impact he had on my life. At that point, I put the project I had currently been working on titled “Heir Flot” on hold and began constructing “The Book of David” which is a sample-heavy project (samples were SWRV’s specialty) with dedication lyrics to SWRV, who’s real name is David. I plan to release this project in April of 2020, a little over a year after the “Memoirs” release. I’ve always been blessed to work with amazing artists and people, and nine years later I am still blessed to be chasing my goals. The talent, skills, and people around me have strengthened and I am beyond excited to see what the future has in store.

Great, so let’s dig a little deeper into the story – has it been an easy path overall and if not, what were the challenges you’ve had to overcome?
Being an artist, a lot of the time I feel as if we are the voice for the voiceless. As explained in my story there has been many ups and downs for me as an artist, whether it’s been musically or in my personal life. Having fallouts with people who don’t see your vision, experiencing jealousy and envy from peers, feeling pressure from family members about what you’re pursuing are just a few of the minor challenges I have faced while being in the business. The biggest challenge however is finding the balance to be a family man to my lady and my two sons. I always dedicate every move I make towards them because truthfully they are the soul to my music. Spending long hours in the studio or taking business trips and performances can sometimes be a drag on my significant other because she becomes the primary parent in most situations. At every chance I get I try to show the appreciation I have for her, both in my music and in everyday life. It’s a challenge that is even more difficult than writing a rhyme or constructing a beat, and honestly I’m grateful for the obstacle because it has made me a better artist, father, and man.

N01SES – what should we know? What do you do best? What sets you apart from the competition?
My business is my music. I specialize in reading and writing music, producing music, and performing as well. I am known for having a swing-type feel to my production that features a jazz and electronic feel along with the core hip-hop elements. I have done work for multiple artist in the area and have recently posted my production for sale. I pride myself on being an organic music maker so if possible, I try to link with artist personally so I can get a feel for vibes, thoughts, and ideas.

What moment in your career do you look back most fondly on?
The proudest moment or moments of my career so far would definitely be celebrating my successes with my family. I have acquired multiple independent deals, met a few of my idols, have had my music played on the radio and across the world, and have been invited to multiple shows and festivals to perform, and all of these successes would be meaningless without my family behind me supporting me. No matter how pristine my reputation becomes I will always attribute my efforts to my immediate family, extended family, friends, and confidantes because they are the reason for my art. 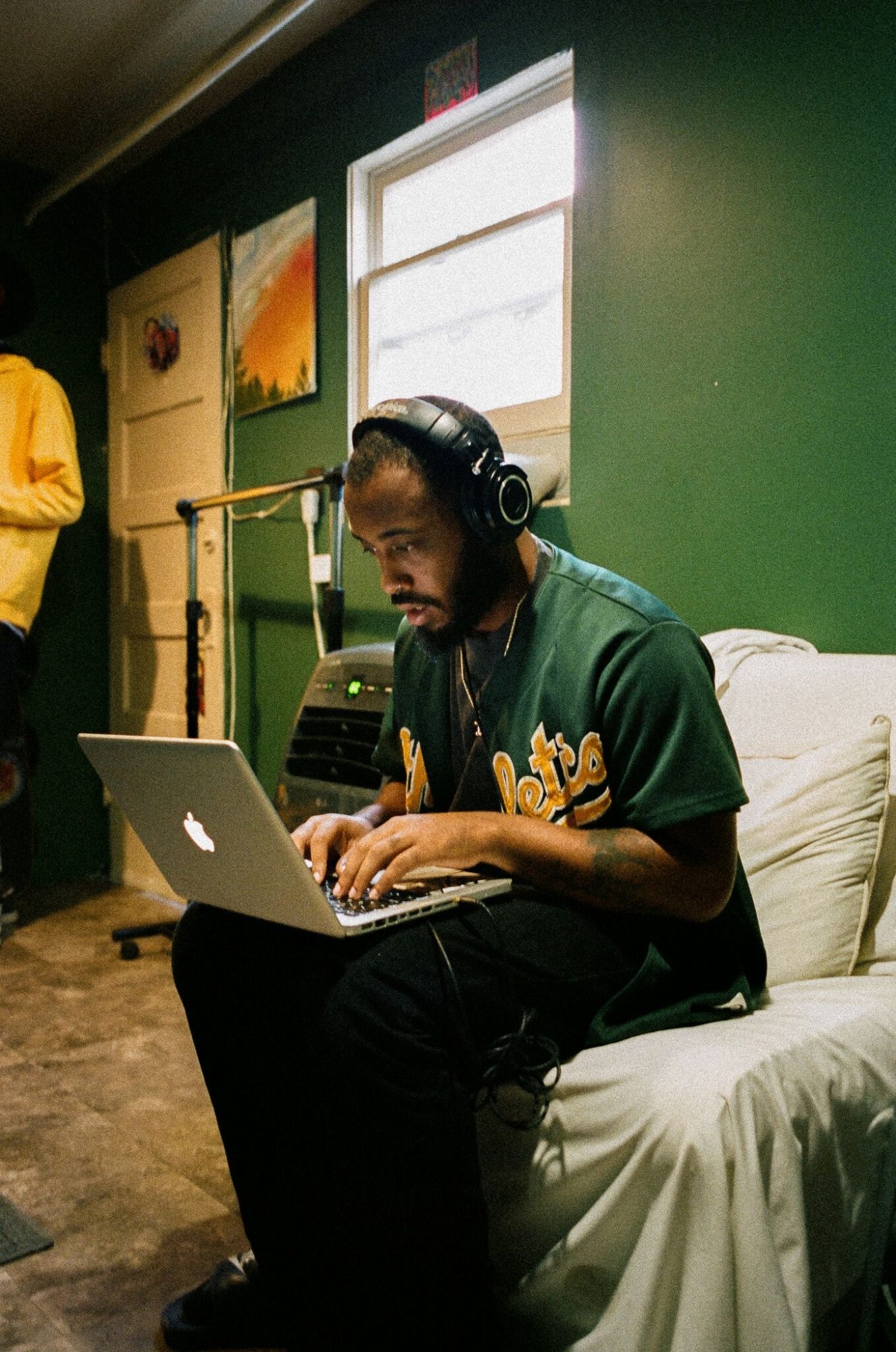 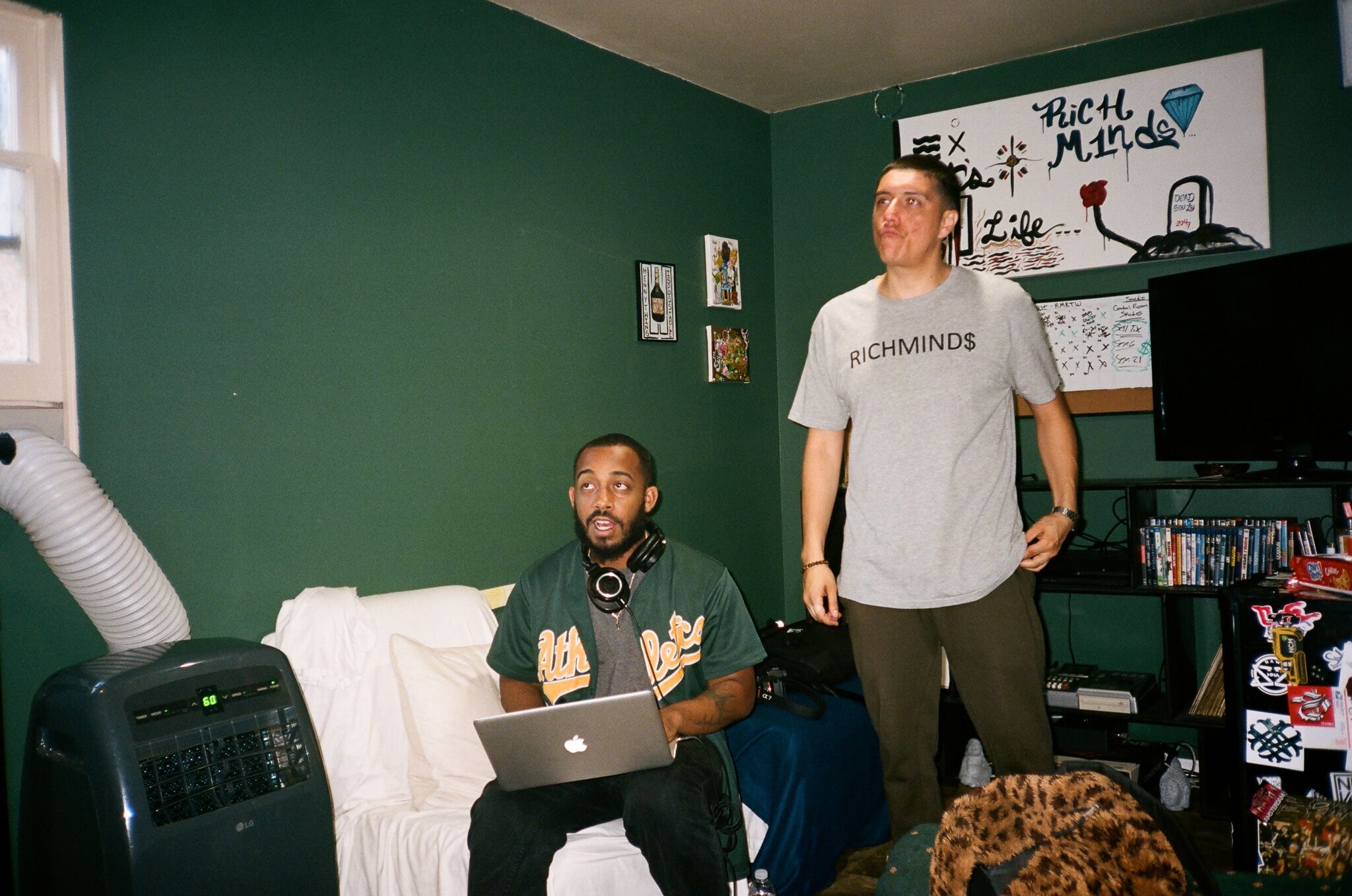 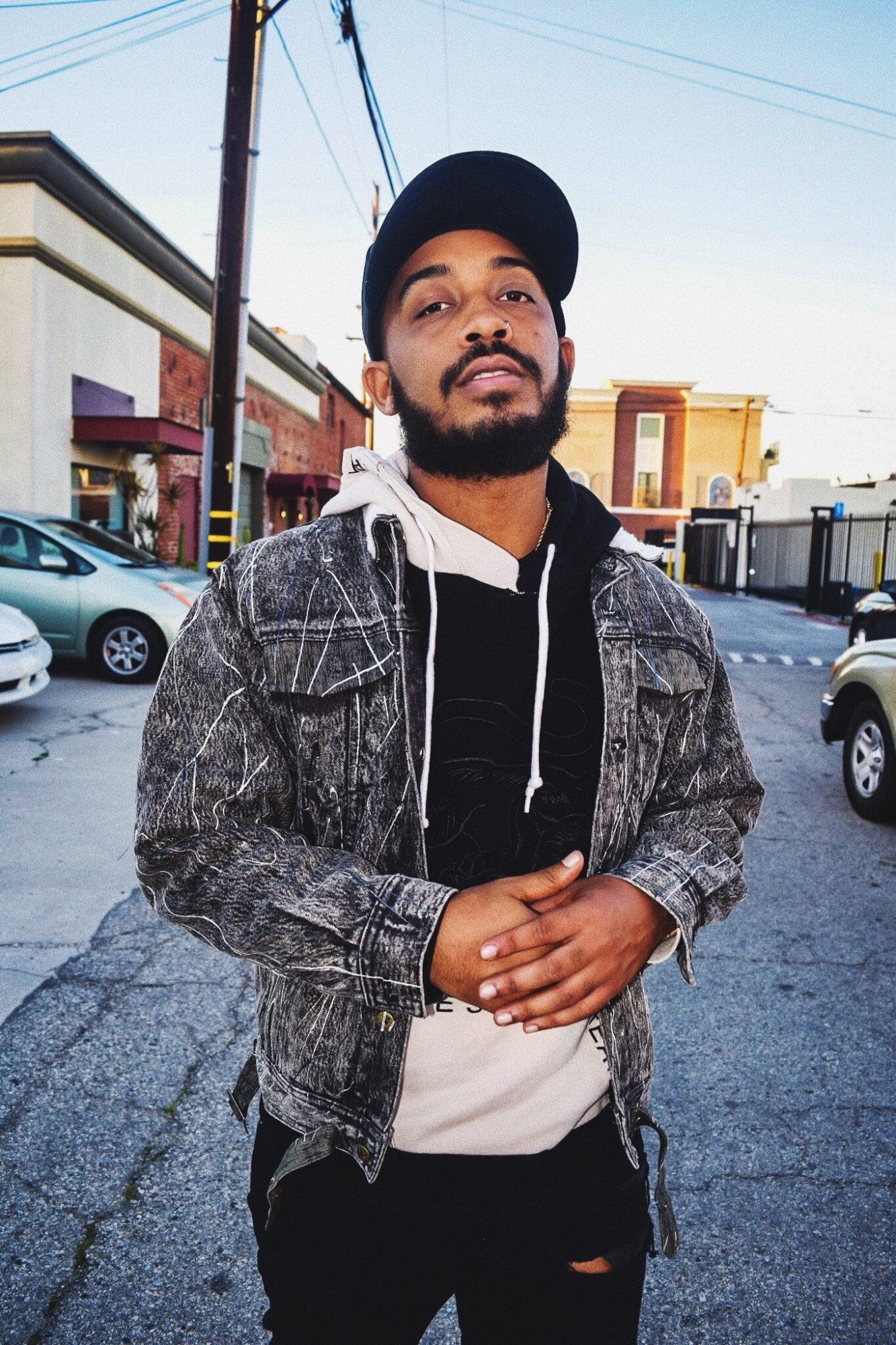 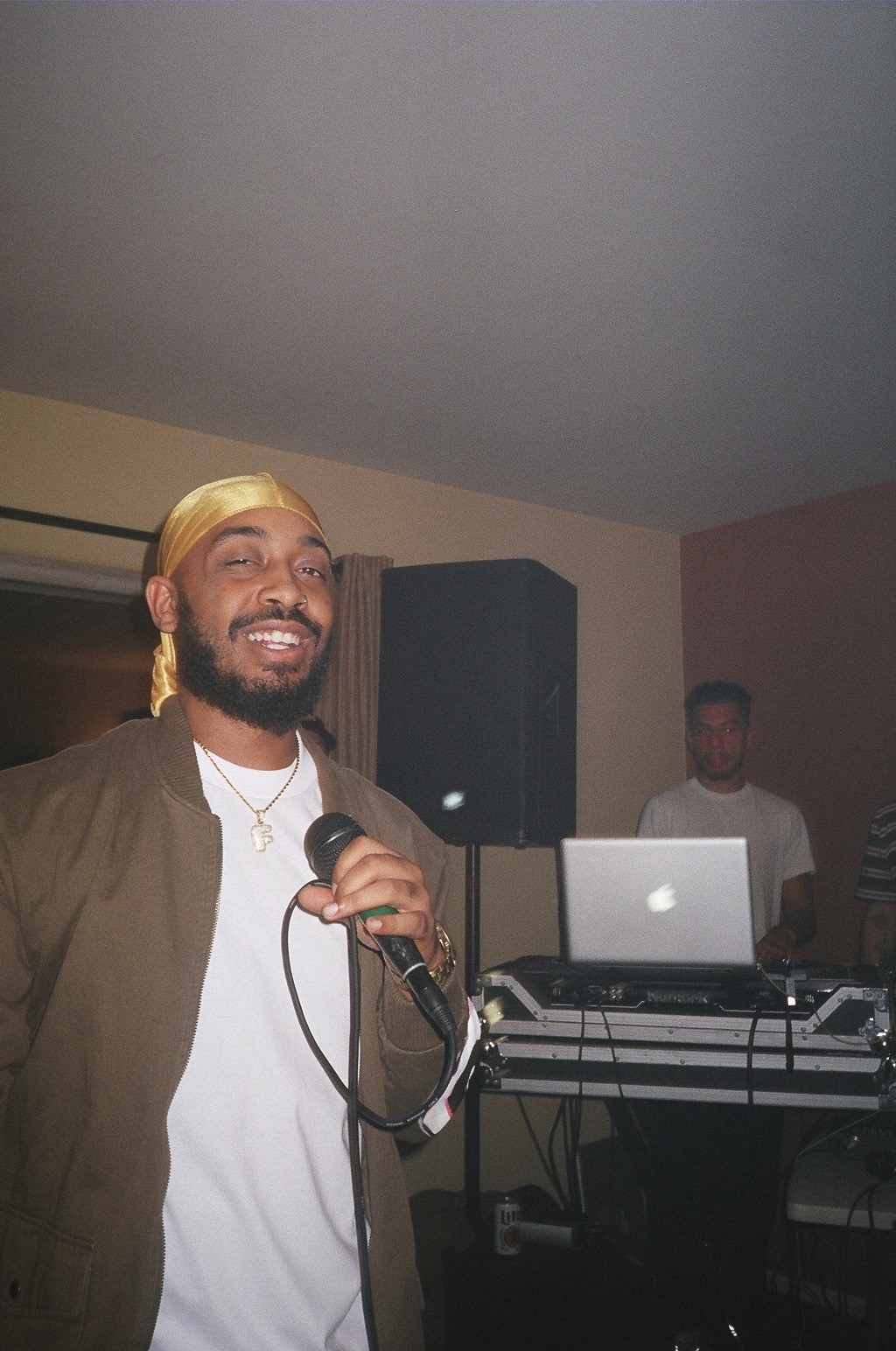 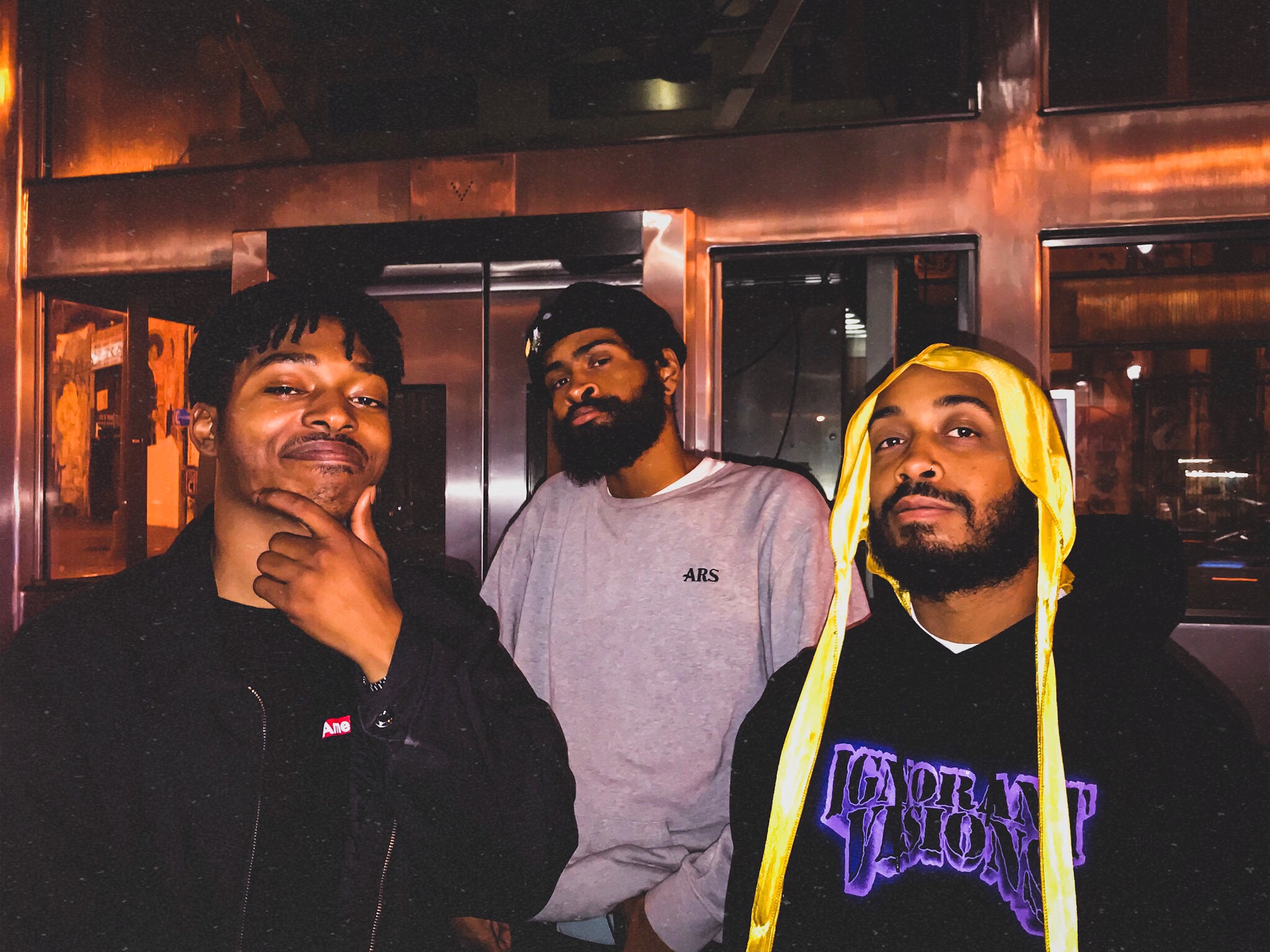 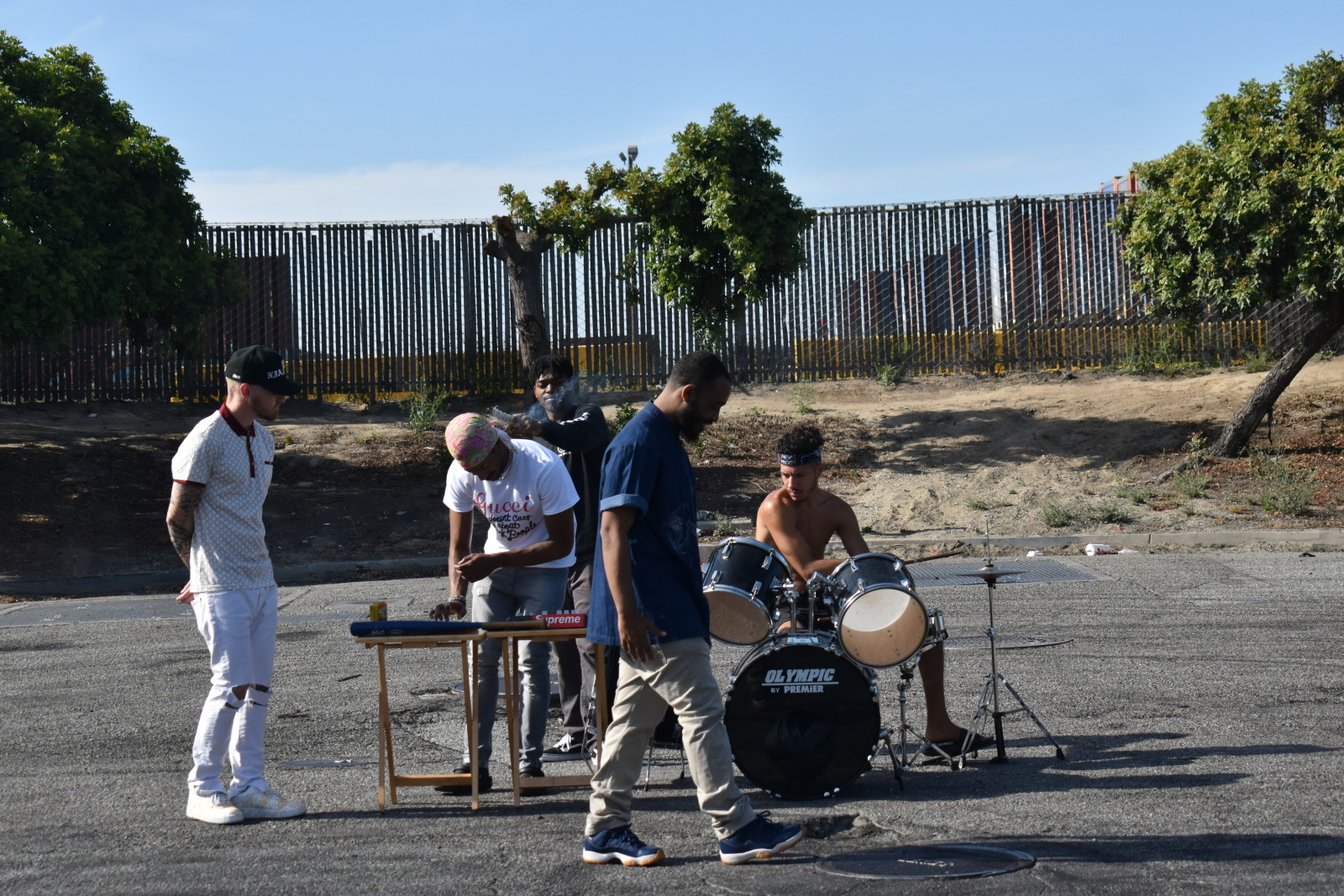 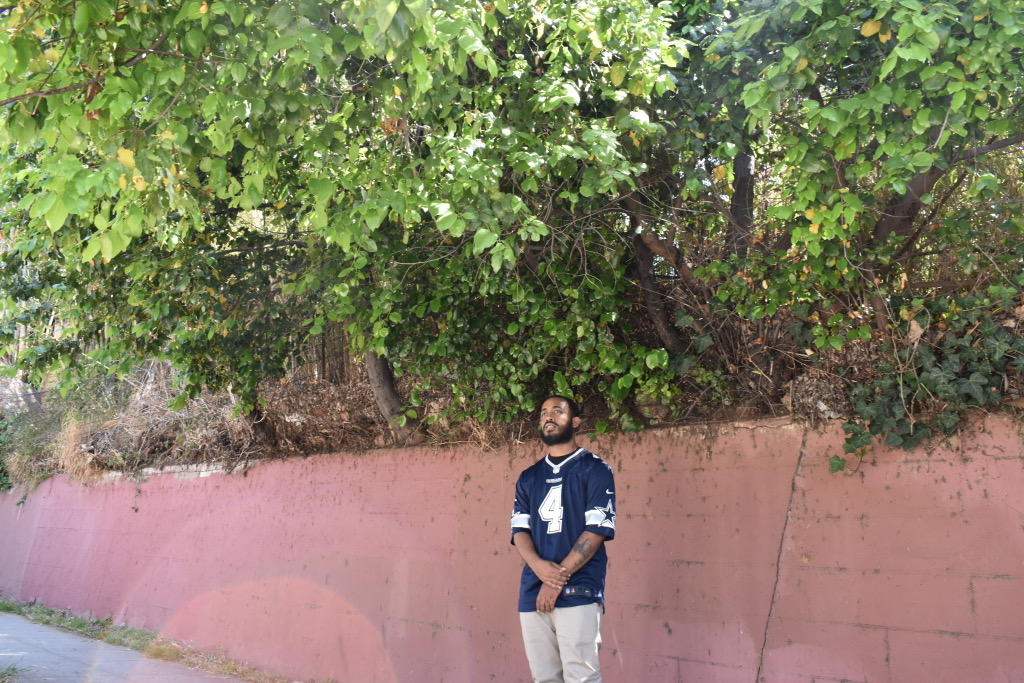