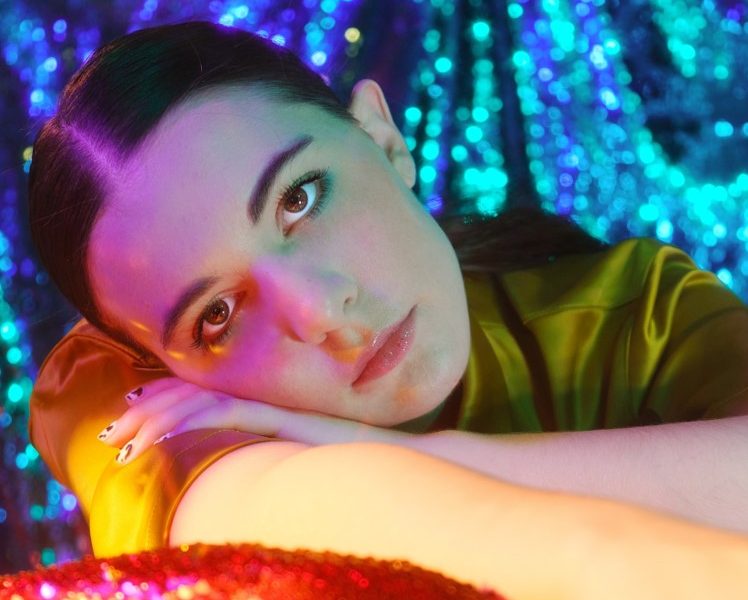 Today we’d like to introduce you to Morissa Trunzo.

So, before we jump into specific questions, why don’t you give us some details about you and your story.
I’m the frontwoman of the LA-based pop duo, Misty Mtn. I’m also a SAG/AEA actress but I guess that’s part of my whole journey I’m going to share. I was born in New York City but I was raised in a small town right outside Missoula, Montana where there are definitely more cows than people. I had an interesting upbringing because I was always walking this line between being a city kid and being a Montana kid, not realizing that the two could co-exist beautifully together and would one day become what makes me, me. So I was skiing and horseback riding, and fly fishing, but also watching foreign films with my parents on the weekends, and taking piano lessons and writing songs 24 hours a day, and telling everyone at school that my favorite actress was Natalie Wood… made me super relatable and super cool, right? I was always interested in music and I think my parents really thought I was going to become a musician or a songwriter or just something that was in the world of straight music, and then at about age 12, I pulled somewhat of a 180 and decided I wanted to be on Broadway.

And because my parents are incredibly wonderful, supportive people, they backed me up 110%, I went to a performing arts camp in the Catskills called Stagedoor Manor, I started taking college classes so I could audition and be in the University of Montana shows, and ultimately I ended up going to a conservatory for musical theatre in Pittsburgh called Point Park. During college, I was going back and forth to NYC every weekend auditioning for anything and everything just to prepare myself for the “future”, and as you’d expect the day after I graduated, I packed up my apartment in Pittsburgh and moved to New York City ready to hit the ground running. I was reasonably lucky when I first got there, one of my first auditions booked me a role in the ensemble of Priscilla, Queen of the Desert for a production in Boston which got me my Equity card and then when that contract finished I came back to the city and immediately booked a co-star role on Blue Bloods on CBS which got me my SAG card. And like so many actors before me and after me, you have this moment of like “okay this is it, we’re taking off”…. and then you don’t!

So I went back to working at a restaurant in Brooklyn, going to auditions all day everyday, just looking forward at all times not really taking the time to analyze where I was at mentally. And then I met this guy Lucas at my restaurant job, he was a composer and a musician and I went to see his band at the time play a show, and I just had this moment where I knew I had to my music with this person, I don’t think he had that initial reaction lol But we started writing together, and it was so effortless and inspiring and challenging and fulfilling, and I started realizing how unfulfilled I was in my daily life. I had planned this photoshoot with a photographer friend of mine and I told Lucas to come because I had ideas of how a man could be incorporated into the pictures, still unsure as to what these pictures were but something in my head just said, do this photoshoot, bring Lucas. And that’s where Misty Mtn was born. I think the two of us left that photoshoot and kind of had a silent moment of like “we doing this? we’re doing this!” And I’ve never looked back.

Has it been a smooth road?
That’s an interesting question, it’s nuanced right? Because, on one hand, of course it hasn’t been a smooth road, I don’t think anything in life is a smooth road, but especially in the entertainment industry there is so much uncertainty and so much that is out of your control, sometimes the biggest struggle is just staying with it. Staying positive and not letting the uncertainty or the power of your own mind, contaminate your thoughts and your ability to do the work.

What I will say though, and this is just me speaking, totally candidly and I really hope there are other people out there that feel the same way as me, but I think the biggest struggle has been within myself. I think when you know from such a young age what you want to do and you stick with that plan for the better part of your adolescence into your adulthood it becomes really hard to change your mind. I went to an incredibly rigorous (and mind you, expensive) program for musical theatre, my parents were so supportive of me, and nothing was going to stand in the way of me and whatever Broadway musical I was going to star in. But when I started Misty Mtn and saw how happy and how fulfilled I was, certain dreams I had started showing cracks. I realized I was getting my “fix” from singing and performing live in this setting that I had created and had the power to keep creating. And then I started really focusing just on my acting, and being in class whether it be for stage acting or film acting, I was just becoming a sponge and absorbing new things that I’d kind of forsaken because I had been so fixated on a specific goal, I wasn’t focused on the work, I was just focused on a result.

Lucas and I talked a lot about how we really felt like our project could soar, or at least be challenged more in Los Angeles, but it was so hard for me to be honest with myself about where I was at with New York and the theatre world I’d been so attached to for so long. It’s interesting, the person I was so afraid to tell was my dad because he had been so supportive of this dream for so long and I remember I kept kind of dancing around this idea of moving, almost joking about it with him because I couldn’t come right out and say, I want to move or I think I should move, I almost wanted him to tell me it was okay? But one day we were talking about something and he just says “Your brain knows what you want well before your mouth says it.” And that was all I needed to hear, and I calmly the next day called him and said, “I’m moving to LA. That’s what I need to do.”

Can you give our readers some background on your music?
Well, my business is my band, Misty Mtn. As of right now, it’s a two person operation, myself and my bandmate, Lucas Segall and it’s an adventure having your own business. I feel like a lot of people would say how is a band a business, but when you’re having to build it from the ground up and it’s just the two of you, you are the only thing keeping your project afloat. You’re the producer, the writer, the singer, the stylist, the manager, the booking agent, the PR person, the social media guru… I could go on and on but I don’t think that independent artists are given enough credit for what savvy business people they have to be.

Hands down we are most proud of our music. We put our blood, sweat, and tears into it and we are constantly evolving and trying to push ourselves as artists which is easier said than done, but Misty Mtn is our everything, and we want our fans to feel that and know that we’re trying to create something beautiful for THEM.

What sets us apart from others is that we’re us. And there is no other us. And I want to say that to every other artist out there reading this or thinking about that question of “what makes you special”, well, because you are the only you. Comparison is the thief of joy (I didn’t write that lol) but it’s true. If you know me, you know I always quote my dad because he says beautiful quotes 24/7 and something that he has always said resonates deeper with me these days than it ever has, “You are going to have to believe in yourself more than anyone else believes in you, because you’re the one who absorbs the disappointments week after week.”

So keep on going, and keep on believing in what you have to offer.

How do you think the industry will change over the next decade?
Sooooo this is the hardest question ever. The music industry is definitely going to change dramatically over the next 5-10 years, I’m sure an expert could give you exact details of how that’s going to happen or what it’s going to look like, and I do think as an artist it’s important to be aware of what’s going on and look at trends, etc. etc., etc. But I also think that can drive you crazy. For me, it’s important to just stay on the path, keep doing what we’re doing, keep evolving, keep figuring out ways for our audience to grow whether that’s through streaming, or visuals, or touring, just making sure we’re constantly moving, because at least if we’re moving, stuff can be happening. If you’re standing still, you’re moving backwards. 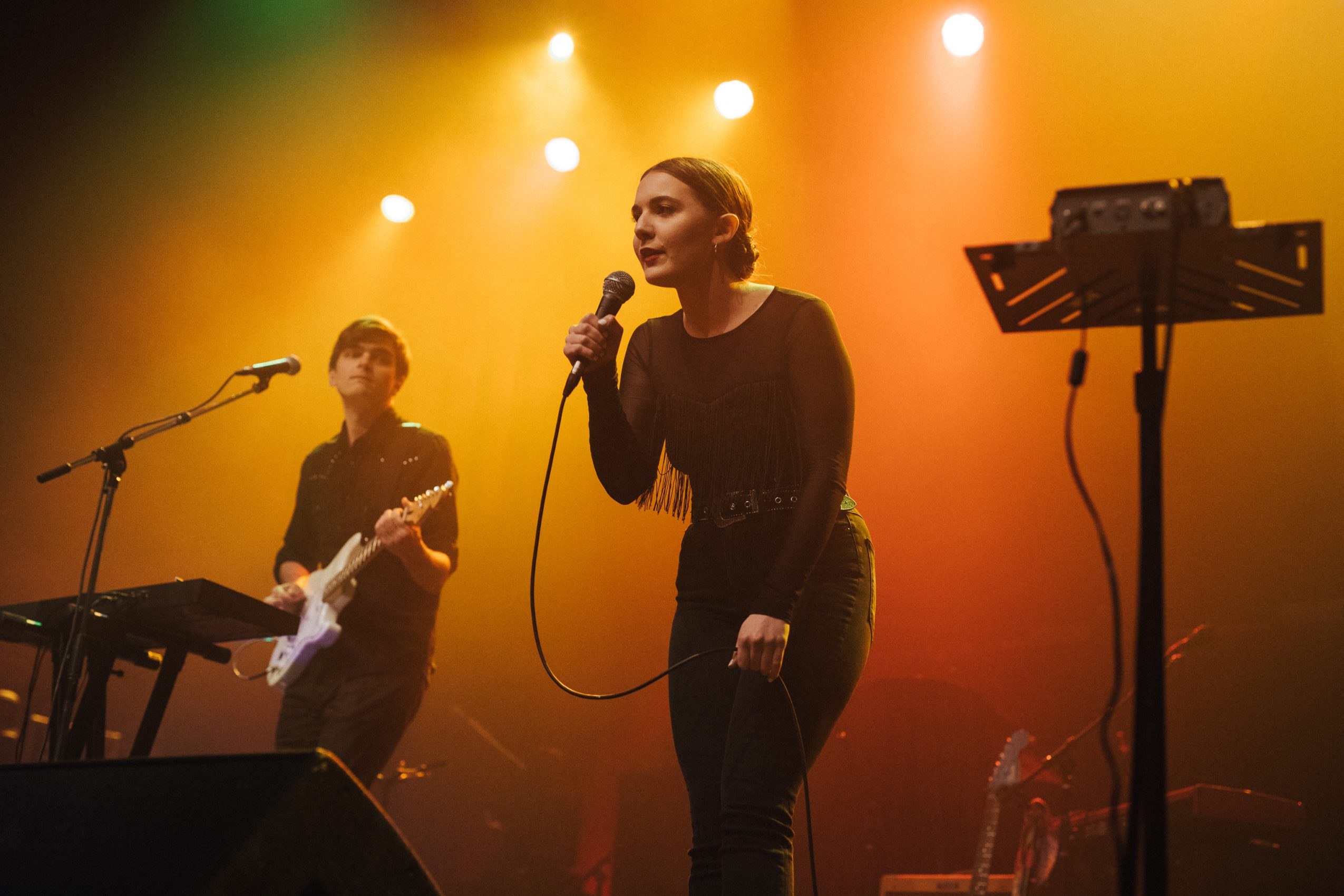 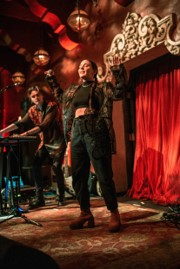 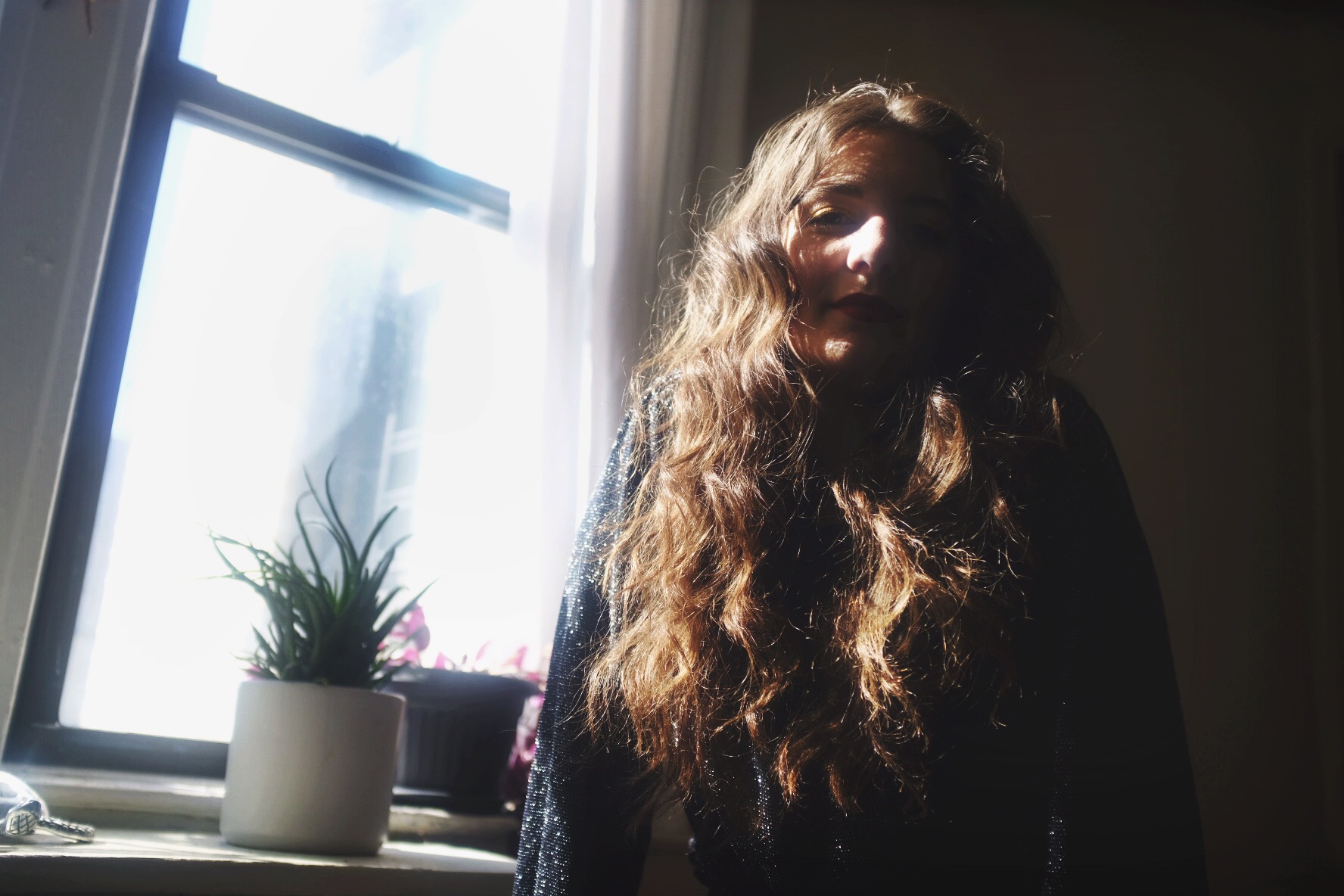 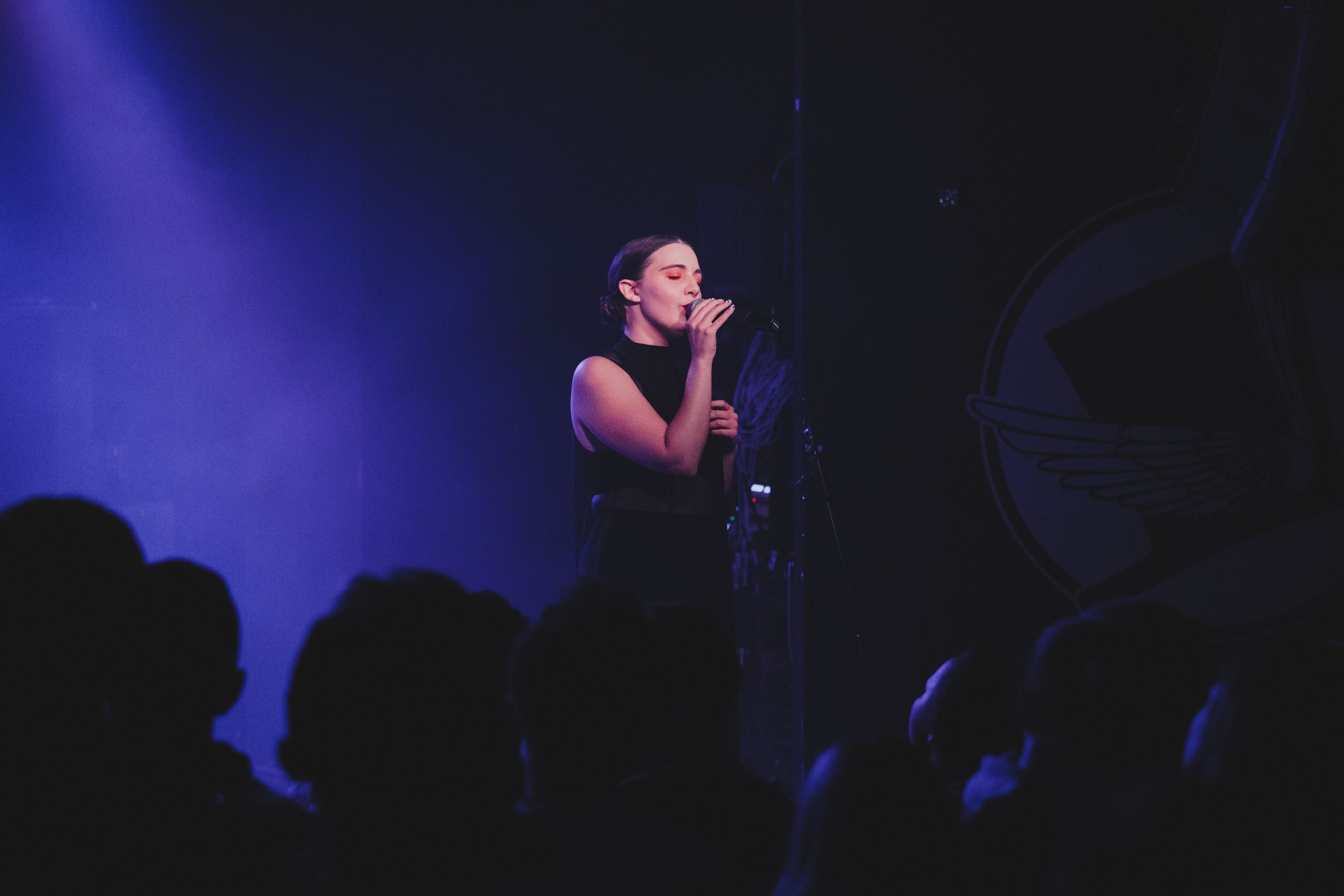 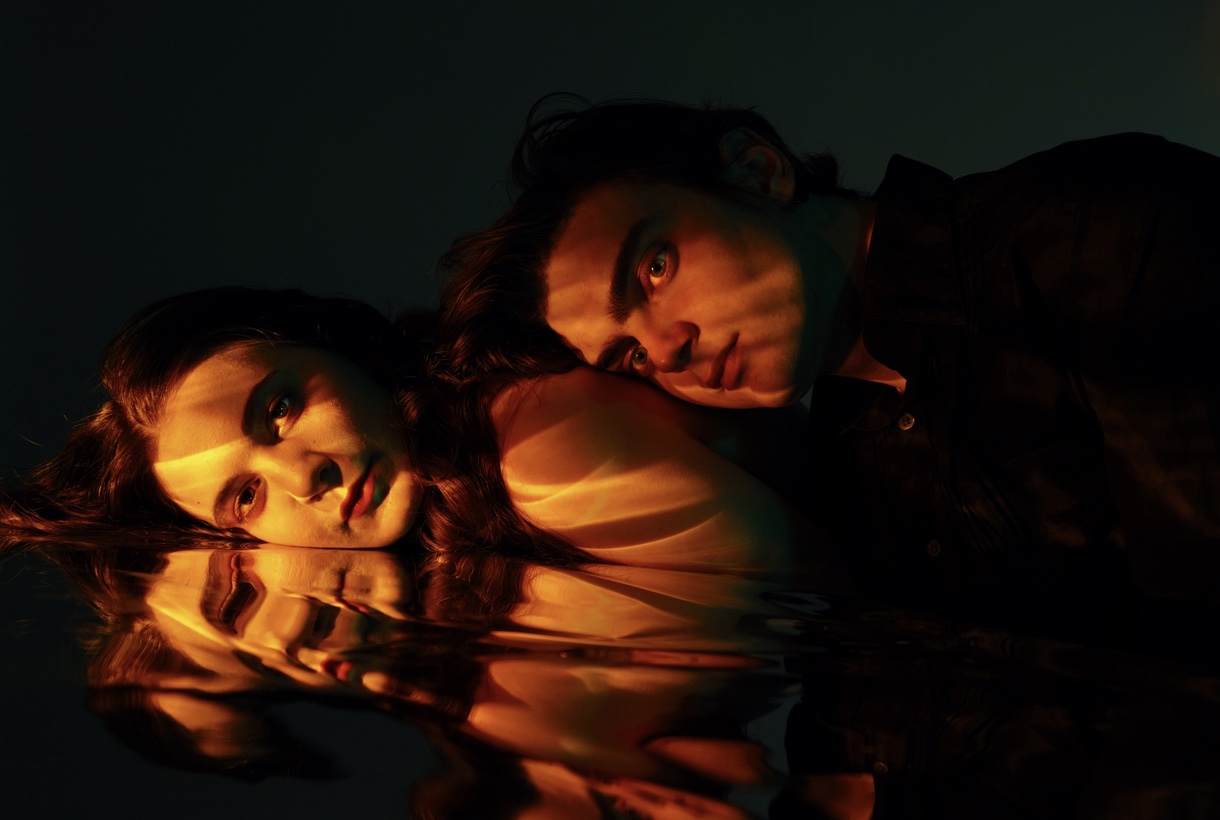 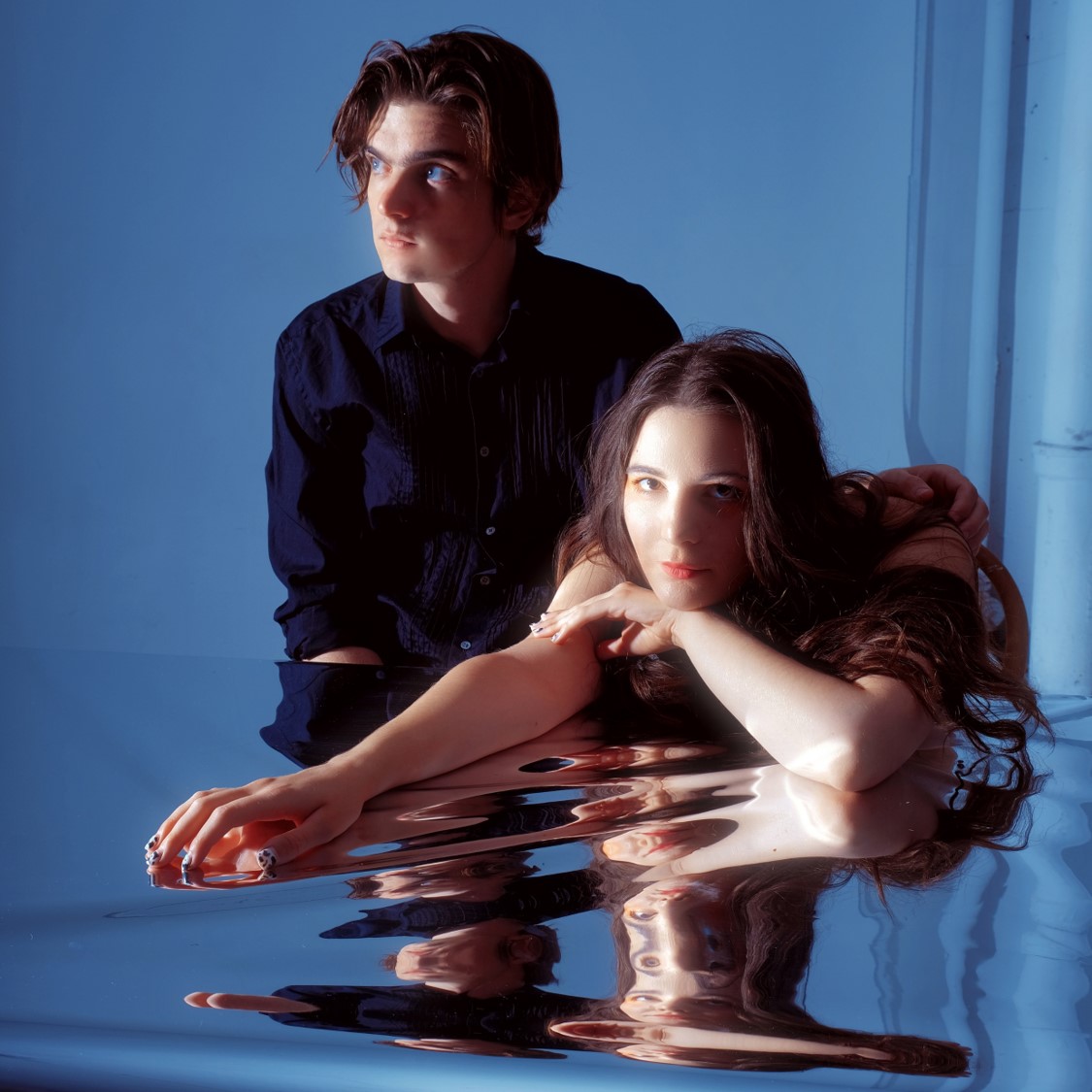