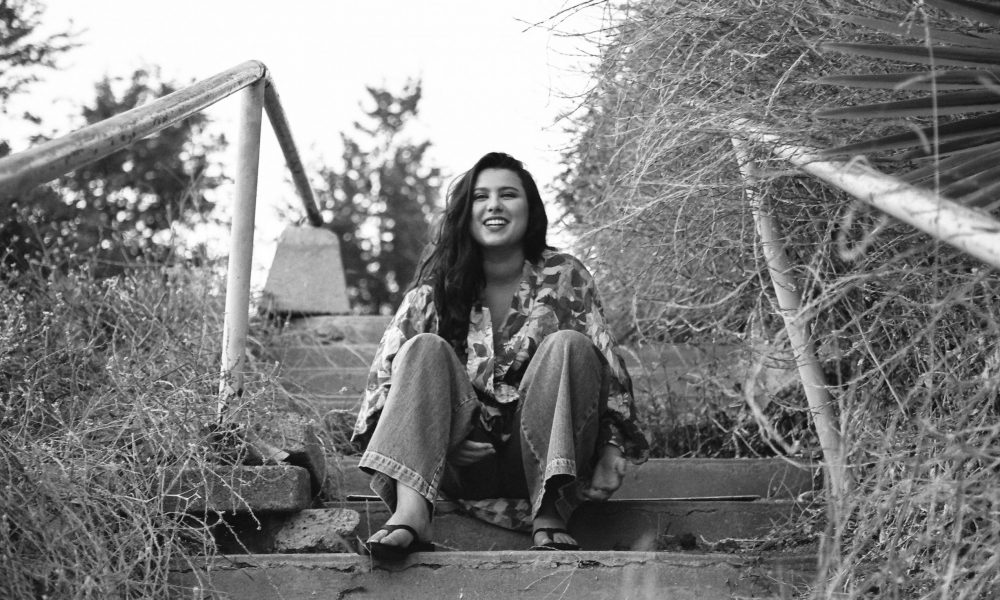 Today we’d like to introduce you to Morgen Smith.

Morgen, before we jump into specific questions about your work, why don’t you give us some details about you and your story.
My story is currently still being written 🙂 but I’ll fill you in on what’s happened so far. I was born in Santa Cruz, California, and grew up around music. My dad was a musician and he and his band would play every year down in Key West Florida, and each year I would get up and perform with them. I was three when I first got on stage and was pretty much hooked from then on. At six I began doing musical theater and quickly realized that music was my passion for life. For a long time though, I thought I was going to be the next Judy Garland… until I started to take songwriting seriously.

I wrote my first song at five but didn’t think much of writing until I created a band in seventh grade and started writing more frequently with a guitarist from that band. The band broke up and the guitarist and I decided to try something on our own, so we gigged around town, writing music and singing covers. Then we broke up, which was kind of a scary thing for me. I had always been reliant on somebody to perform with me… and now I was on my own… so what did I do? I started writing more and more.

At this point in my life, last year- 9th grade, I knew music was it. All I wanted to do was write. While most of my friends were off doing whatever, I was home songwriting… Don’t get me wrong, I love dances and parties but time is of the essence. And then I met my manager Aidan Schechter. I really don’t know how to say this other than, he kind of changed everything in the best way possible. You see, I had thought my life was busy before, I didn’t even know the half of it. So we met via friend connections, and he drove up from LA to do an EP with me (which I will be releasing in November :)), and then decided to manage me.

Since then, I’ve gone to LA twice to do co-writing sessions and take meetings. I guess that’s kind of where I’m at in life. Still in school, teaching karate, and doing music… not bad (school kind of but we’re working on that).

The start of a career is an exciting time, we’re excited to see where you go next!  Even though it’s just the start, I’m sure you’ve faced some challenges already – can you talk to us a bit about those challenges?
Honestly, it’s all about perspective, I think everybody has challenges and/or obstacles they’ve overcome. Mine aren’t necessarily big in the sense that I’m still living with my parents which means I don’t have to pay rent or bills or taxes and fun stuff like that. I have had my fair share of emotional challenges, like friends leaving for no reason, one of my best friends getting killed in a car accident, being bullied, falling in love… but that’s how it goes and I wouldn’t be the person I am today without those struggles.

Plus, songs don’t write themselves… they have to come from somewhere. In fact, music is my therapy, which happens to be a lot cheaper than going to a therapist. As far as musical challenges go, I find it hard to buckle down and practice sight-reading. I know this might sound stupid but I always end up writing a song when I should be practicing what a Bb 13 chord looks like in third inversion… fun for some, not for me.

What else should we know about your career so far?
I pretty much am my own business, with the help of my parents and management team. I guess you could say I specialize in and am known for music, singing, songwriting, etc. What sets me apart from others is probably my age mostly and myself in general. I tend to set myself apart automatically, not sure why or how, but it might have something to do with me being different.

I’m not sure how to describe my differences, but I could start by saying I’m an extremely short, stocky, kid (surrounded by a bunch of tall, thin, peers). Being different and being a teenager are probably two of the hardest things to intertwine. I also think the factor of me knowing what I’ve wanted to do all my life is something that also sets me apart. I’ve never had to search for “my path”, it’s always been pretty clear.

What am I most proud of as a company? Since I am my own company, probably the fact that I have somehow figured out a way to surround myself with totally amazing people. Yeah, that’s really important. You don’t even realize how important it is until you have it. It’s basically the foundation I didn’t know I needed.

So, what’s next? Any big plans?
Well, my immediate plans are to graduate from high school ASAP. I am currently working on the release of my first EP, which comes out towards the end of November. That’s been in the works for some time now, and I’m excited to share it. My plans for further in the future are to hopefully succeed at music… I’m not sure what that looks like entirely although it has to include singing, songwriting, and playing music for a living.

I basically just want to be as genuinely transparent with my audience as possible, that is, to not be afraid to show my flaws, my weirdness, and insecurities–to get rid of the standards of fame that I think are ridiculous. I just want to be unapologetically sincere to myself and my audience. If I could drop everything I’m doing and just write music, perform it, and make connections with people 24/7 I’d be probably one of the happiest people alive. 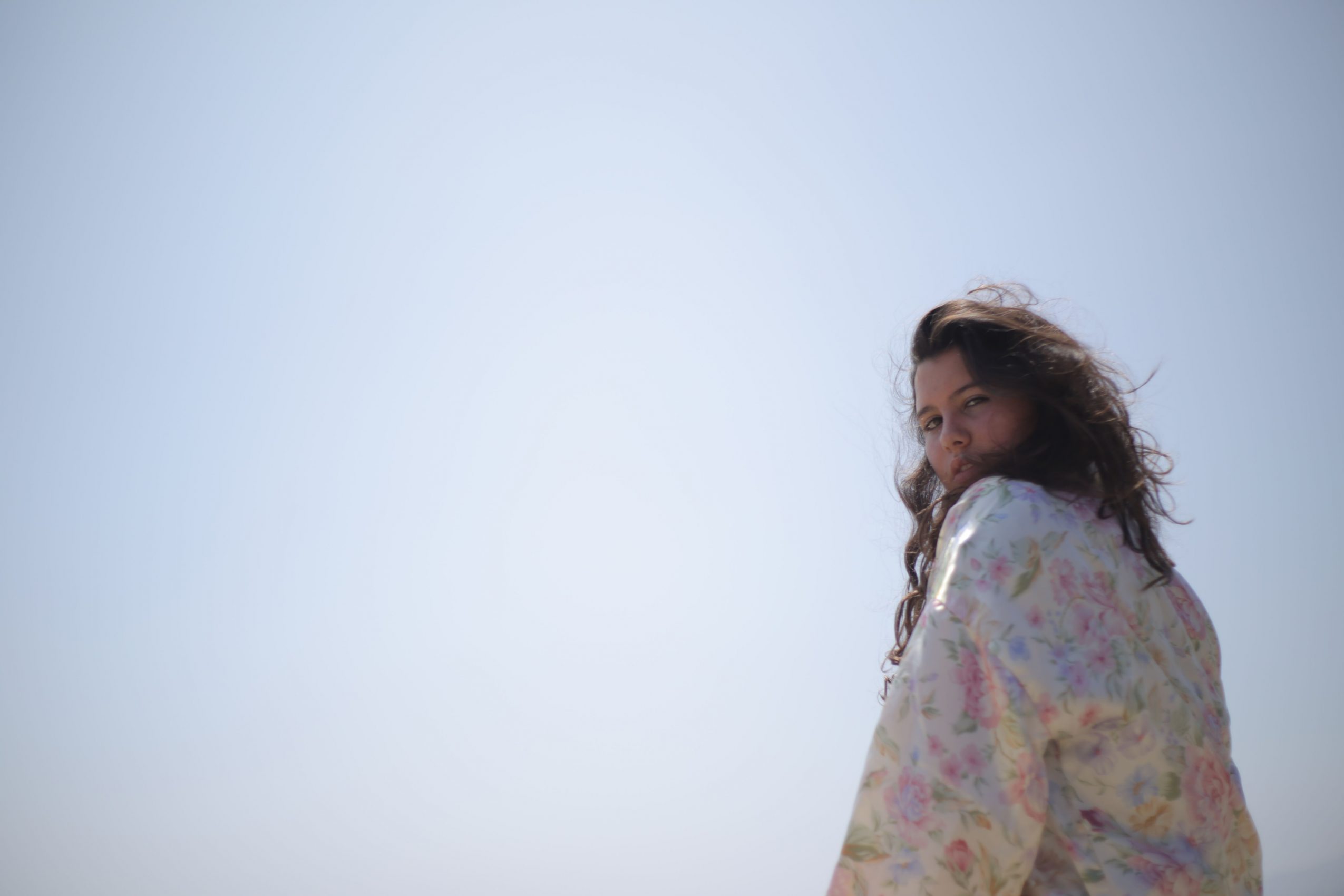 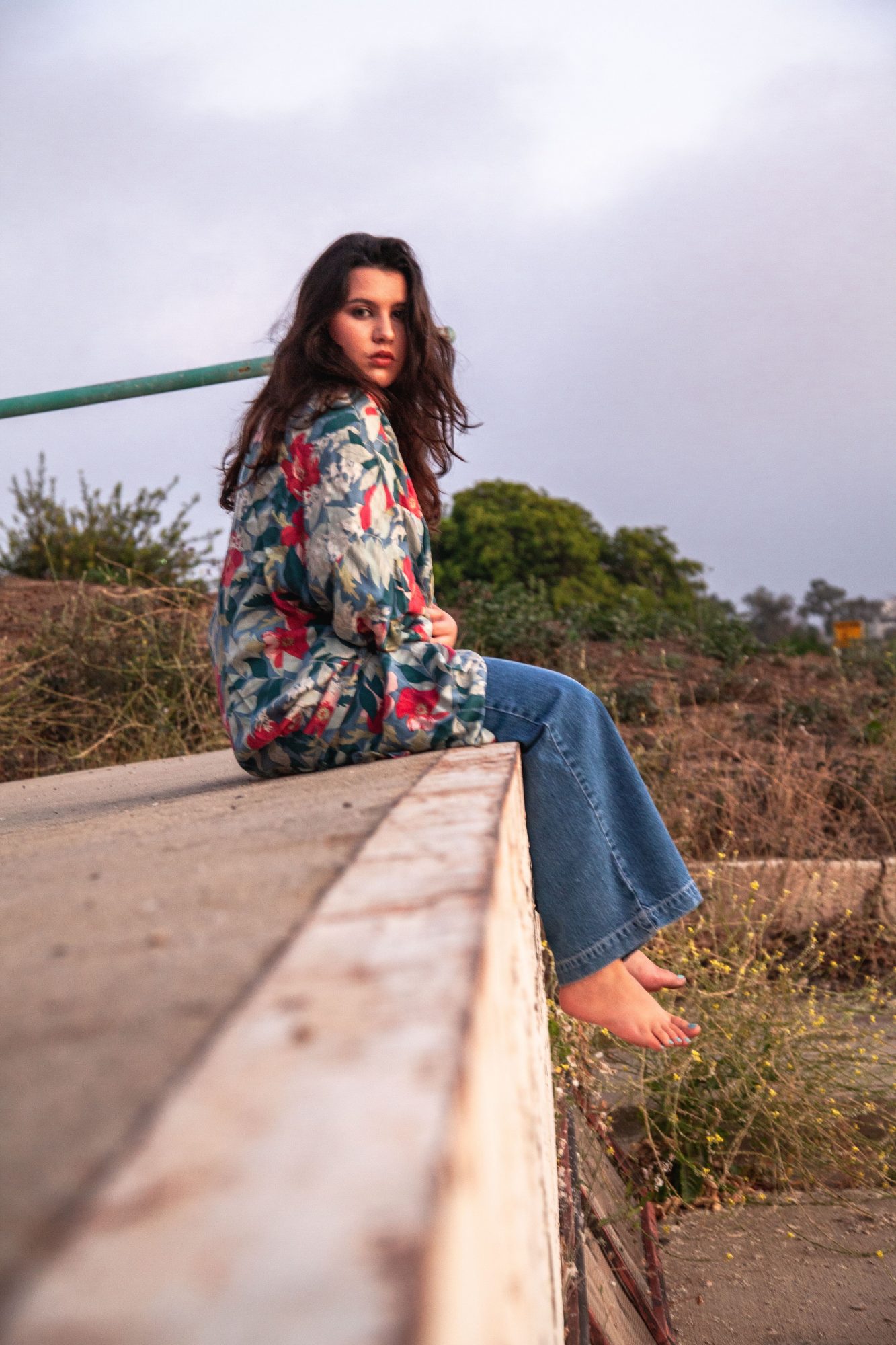 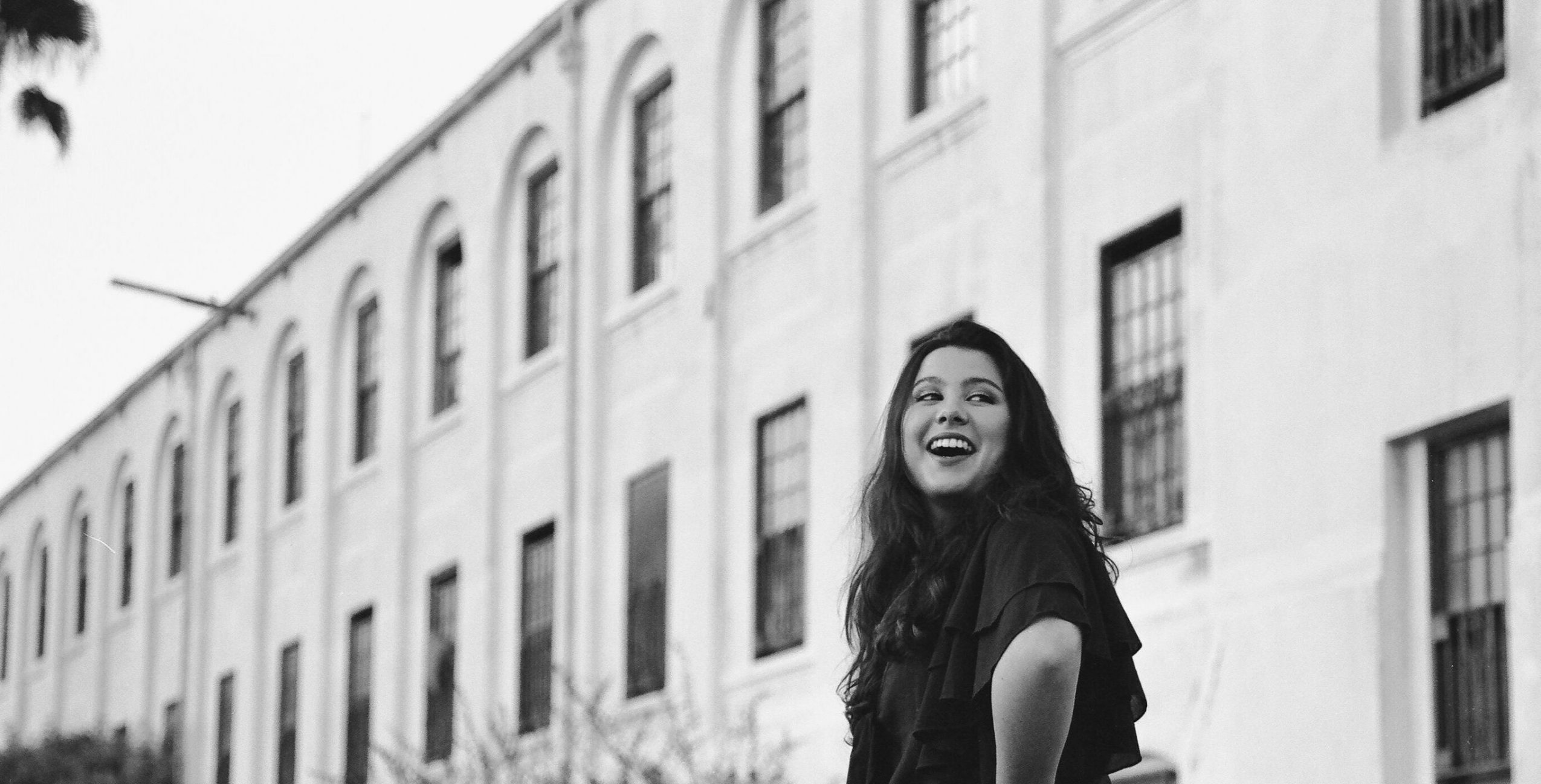 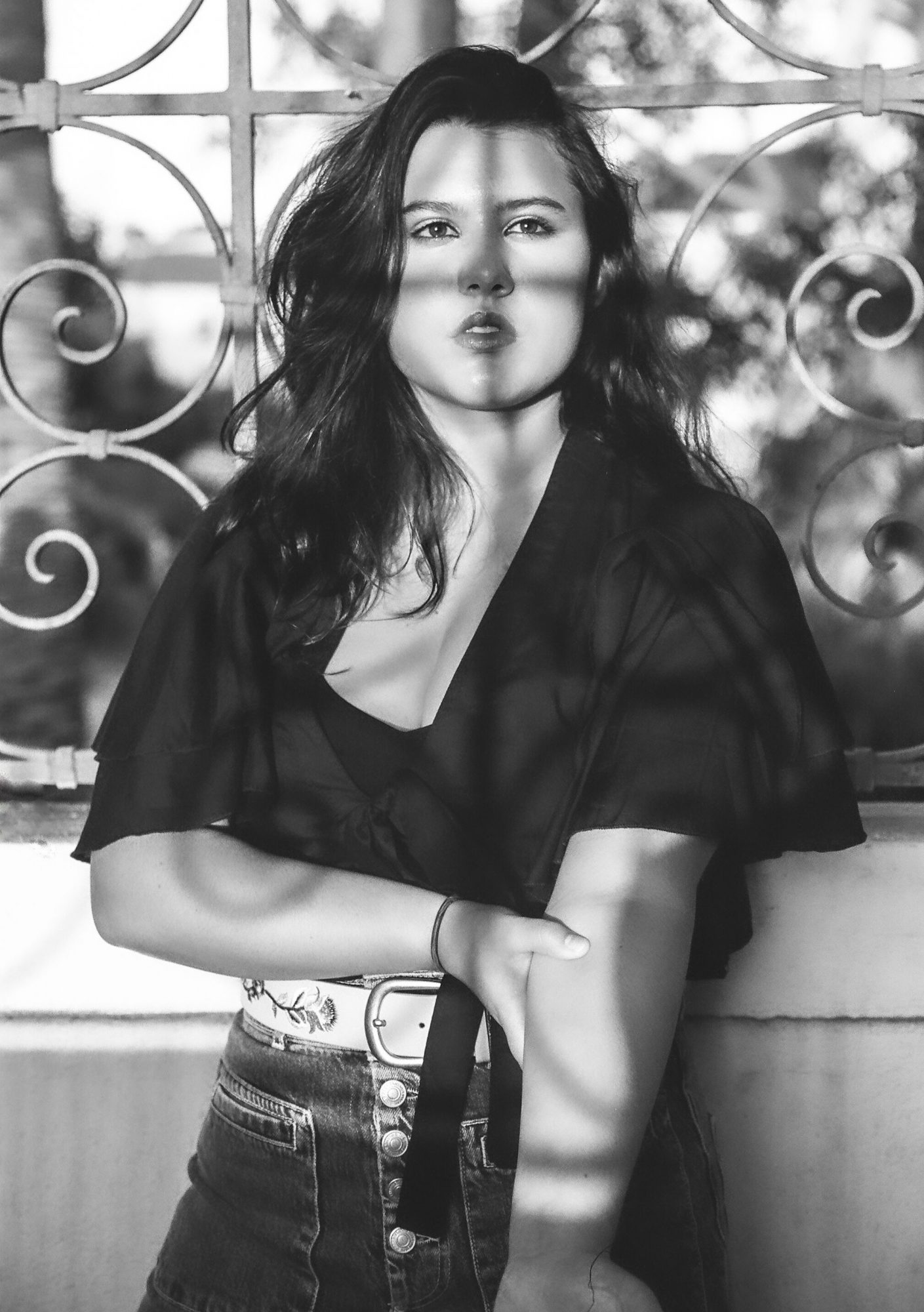