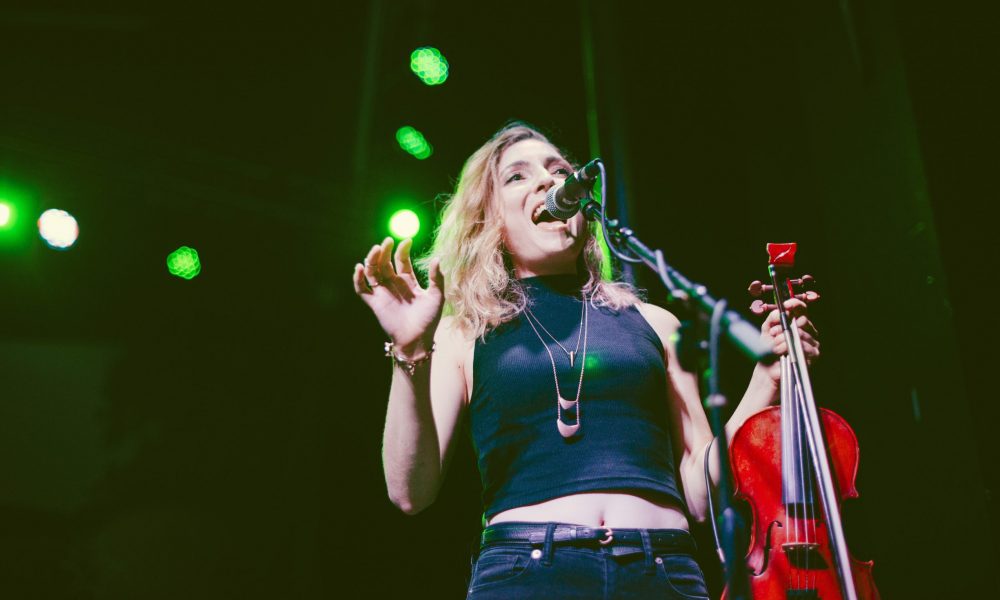 Today we’d like to introduce you to Morgan Paros.

So, before we jump into specific questions about your music, why don’t you give us some details about you and your story.
It’s funny, I oddly don’t have any memories before wanting to create and pursue music professionally. My family has a good time teasing me about this too. Apparently, when I was four, I told my mom she was “ruining my career” and that we needed to move to New York City or Los Angeles so I could “sing and dance on the stage”. It’s all pretty bizarre since I grew up in Columbus, Ohio, didn’t have cable TV, hadn’t traveled yet, and literally knew no one in the entertainment industry. We still don’t know how I had even heard of NYC and LA or connected them to pursuing music. Both of my parents were in graduate school when I was young, so I spent a good chunk of time after school at our local recreation center enrolled in various art, writing, and theatre classes. Eventually, my mom heard of a great violin teacher via a colleague and I jumped at the opportunity to take lessons. Violin was my avenue into music and I fell in love with the repertoire, specifically playing chamber music (aka the classical music “band” – everyone on their own part, playing together).

I was self-motivated and worked hard to progress through middle and high school by studying with the late esteemed violinist Michael Davis. I frequently took master classes with guest soloists and quartets who would pass through town as well. During my senior year of high school, I played college auditions around the country, though had my sights set on studying at the Cleveland Institute of Music and Case Western Reserve University. Fortunately, not long after my audition, we received a call that I earned a merit scholarship, which made it possible for me to attend! There, I earned my Bachelor’s degree in Violin Performance. I also studied for a year abroad in Paris, France at the Ecole Normale de Musique and the Sorbonne. Meanwhile, I still felt a strong pull to create original music and sing, so after college, I moved to Los Angeles. I didn’t know anyone out here at the time but made a point to go to live shows and say yes to any creative opportunity that came my way. Over time, I found myself immersed in a diverse, collaborative community of musicians.

As a violinist, vocalist, and songwriter in LA, I’ve worked with pop artists like the Jonas brothers, Halsey, and LAUV, as well as recorded strings for films and Playstation video games. I’ve toured the US and Canada as an electric violinist-singer-keyboard-guitar player with indie pop/rock bands and have been featured in commercial work with companies like Google and Samsung. I’ve also played violin for over ten award-winning musicals and performed in NYC and LA with mass meditation organization The Big Quiet. It’s a colorful body of work and I’m grateful for the variety of ways I can explore my art and craft.

Great, so let’s dig a little deeper into the story – has it been an easy path overall and if not, what were the challenges you’ve had to overcome?
It is a marathon to embark on a career in the arts. Most people find success after years of personal investment, frequently a team of collaborators, and a bit of good timing. It hasn’t been a smooth road for me because access and opportunity took time to discover and develop. I didn’t grow up in Los Angeles, so I’ve spent years cultivating new relationships and becoming part of the vibrant angeleno music community. Landing in LA after college, I knew no one and had no idea how to find work as a musician. Even with my degree, these big hurdles made it easy to doubt my calling and challenged my intuitive-intrinsic motivation to pursue a music career. However, the turning point in my career was realizing that no other activity or profession brings me into the present like music. This was a powerful idea to accept about myself. It gave me permission to treat my career as a lifelong journey, not a series of sprints. Especially as a young woman, where so much societal messaging tells us we won’t have opportunity or an audience as we age.

This brings me to another challenge, which is that as a woman in the music industry, I’ve experienced roadblocks to collaboration and access that I would not have as a man. I’ve had the pleasure of working with some incredible male producers, mixers, engineers, artists, tour managers, techs, instrumentalists, etc. Yet, it’s not lost on me that I can count on one hand the number of women that I’ve crossed paths with who are in powerful decision-making positions. Women in those positions still tend to be the outlier and not the norm. More often female musicians are backing other artists, songwriters, or independent artist-producers forging their individual path. Out of all the major recording studios across the USA I’ve worked at, I’ve never seen a female engineer, mixer, or producer, and that’s a sign of our industry’s history. I’ve been the only female on multiple national tours out of all bands and crew. I’ve been backstage at major music festivals where there were only urinals available. I’ve also been prevented from getting on stage at big venues to soundcheck my instruments by stage techs who assumed I was a band groupie. I’m still encouraged and optimistic though! The industry is definitely moving towards balance and inclusivity, especially as young people are growing up with technology in their pockets vs my millennial generation who witnessed the birth of desktop computer labs and dial-up internet. Circling back to the idea of access: equal education opportunities and technology are the great equalizers of the next generations.

What do you do, what do you specialize in, what are you known for, etc. What are you most proud of? What sets you apart from others?
I am a violinist, vocalist, and songwriter. I perform and record for contemporary, commercial, and classical music jobs. Any given week might include recording strings for video game or film scores, playing live with pop artists, or producing songs for my upcoming solo project. In live performance, I am known for being up for challenges and having a unique violin pedalboard setup and sound. It’s easy for me to connect physically to the energy of the music when performing, so it can lead to some pretty free and wild movement depending on the show. I’m most proud of saying yes to big asks that felt like risks at the time… for instance, learning guitar one week before a national tour started, walking stairs while playing jazz violin licks, improvising daily performances over a 6-week art exhibition, singing and playing violin simultaneously… saying yes to these kinds of challenges have honed my skills, built confidence, and ultimately made me the musician I am today.

What moment in your career do you look back most fondly on?
This is tough because I’ve experienced some rewarding milestones! I recently enjoyed performing with the Jonas Brothers at the Hollywood Bowl, which is a venue I’ve been to many times and only dreamed of playing. It’s pretty electrifying to have 18,000 fans singing along to every song and feel that energy! I also performed solo violin for the theater production The Last Five Years for 3 months this summer and we just got an Ovation nomination for Best Musical Production, Best Music Director, Best Light Designer and Best Sound Designer. So, I’m also feeling really proud of the entire After Hours Theatre family, who produced the show and I’ve happily been part of since 2016. 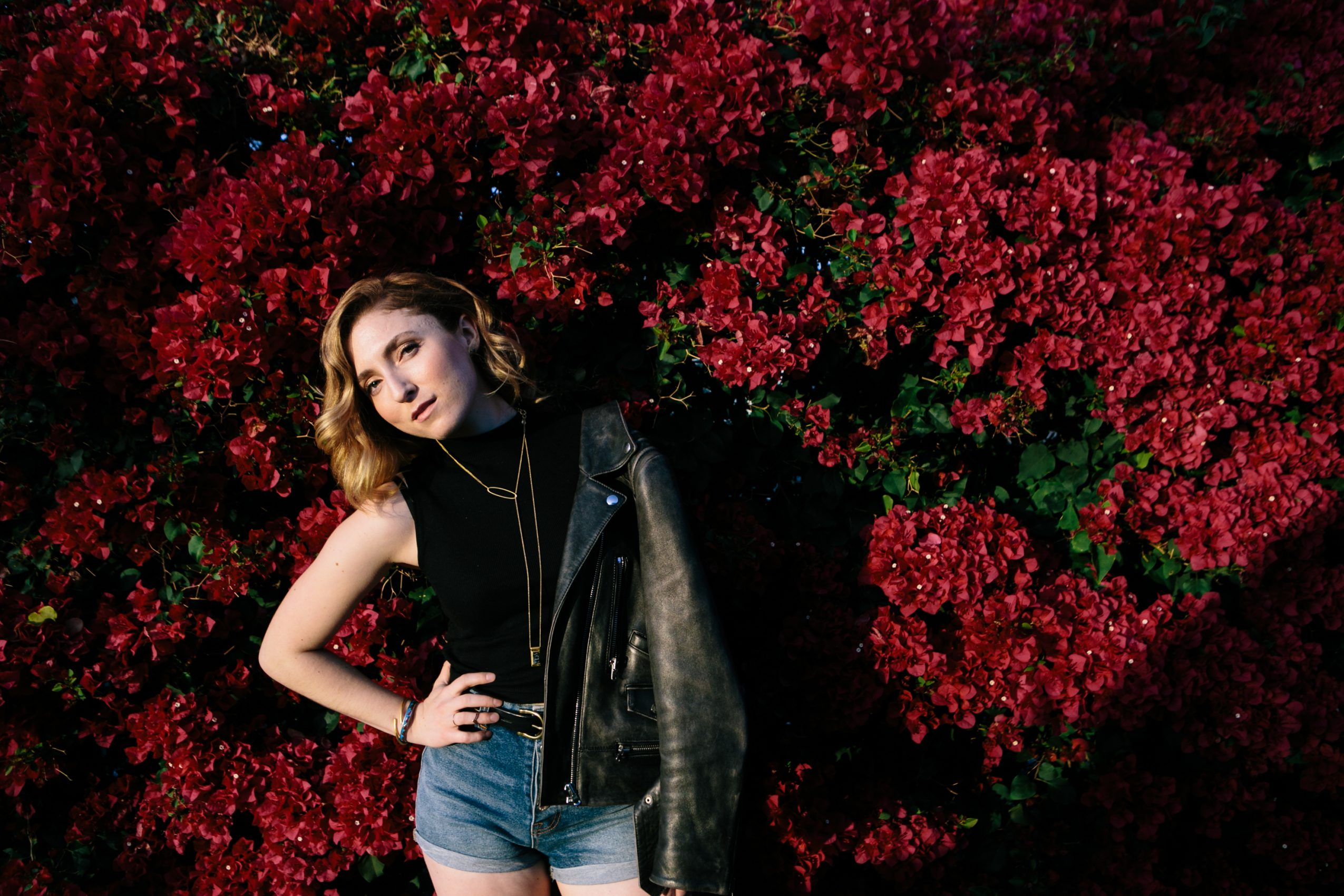 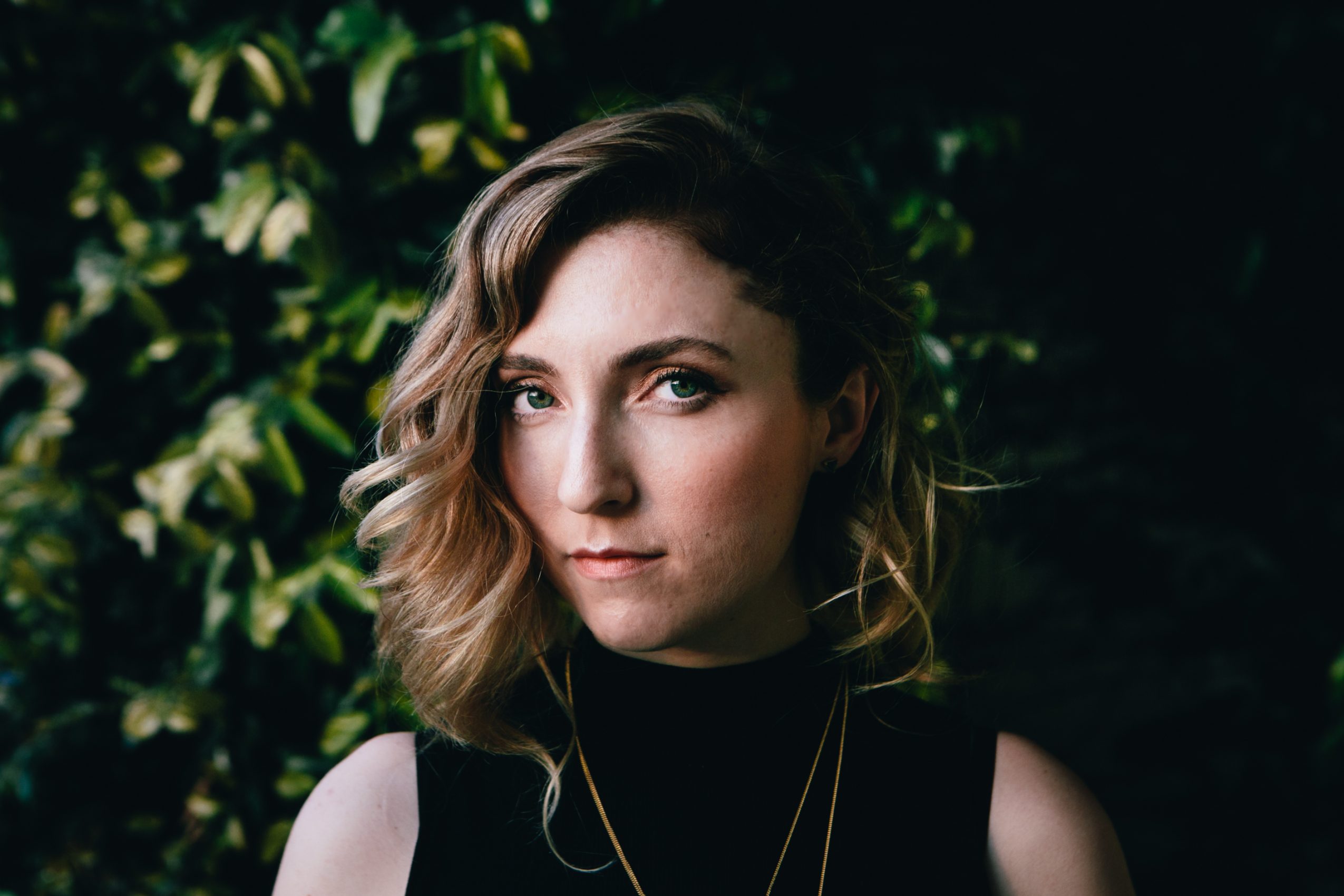 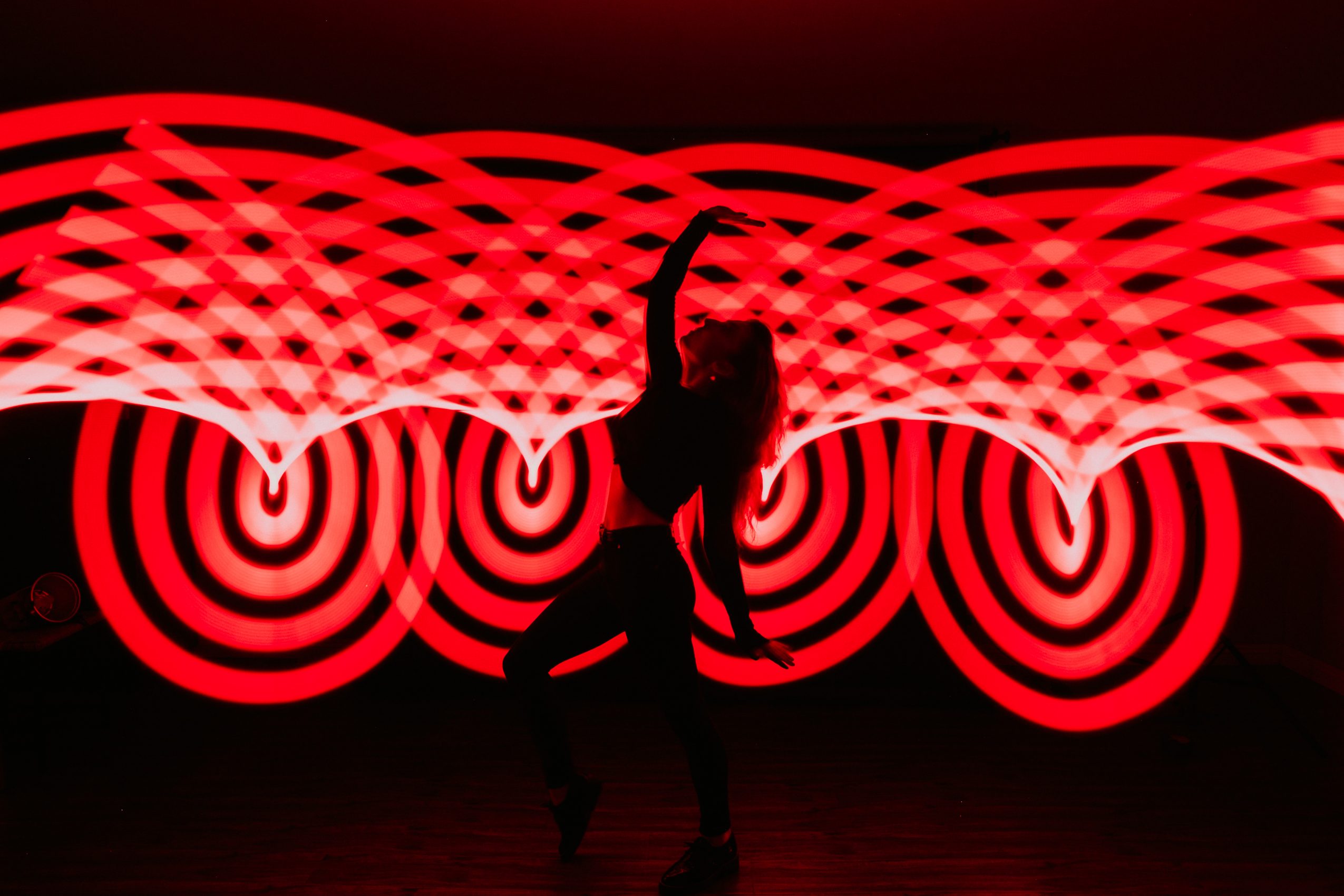 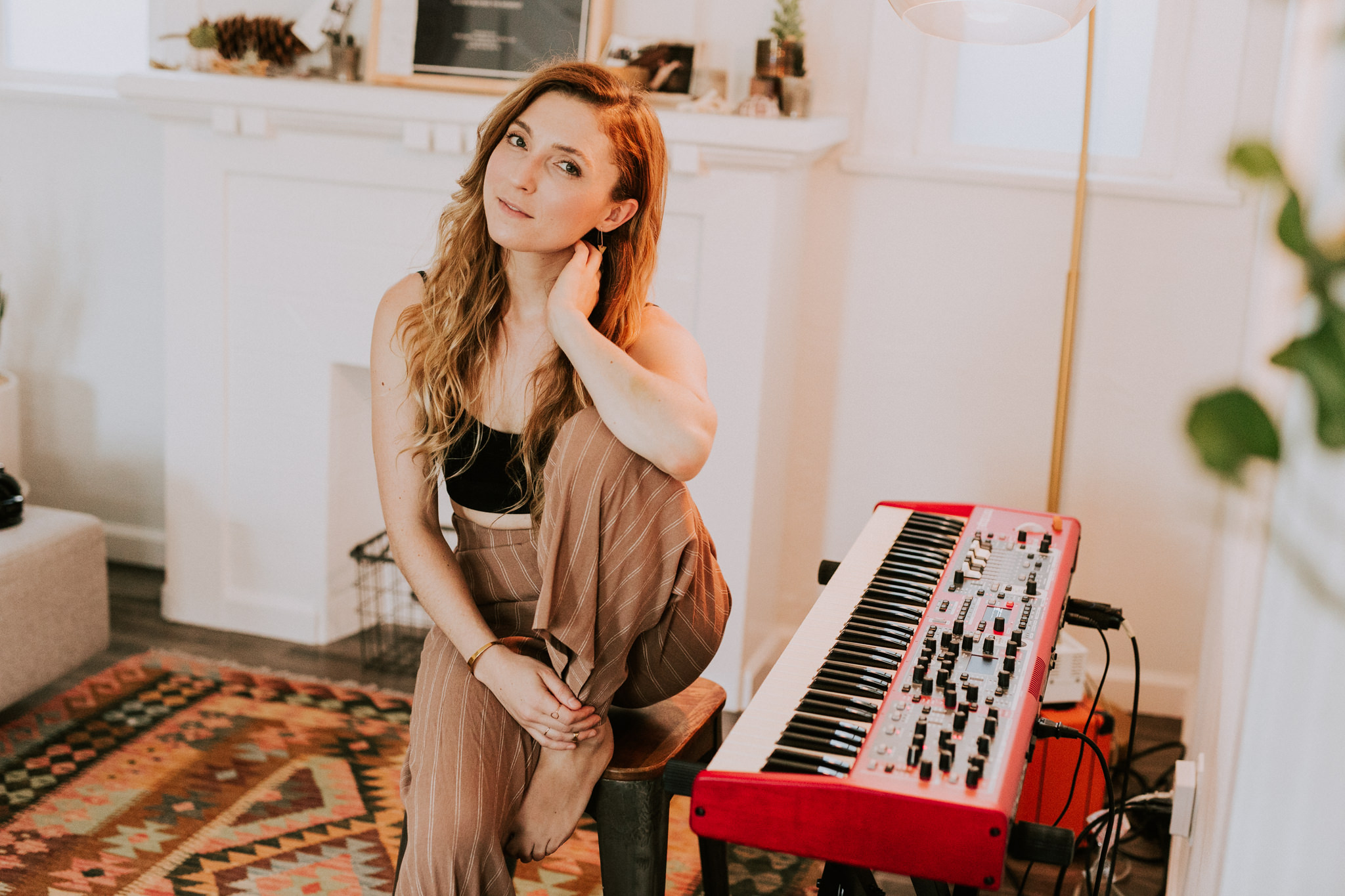 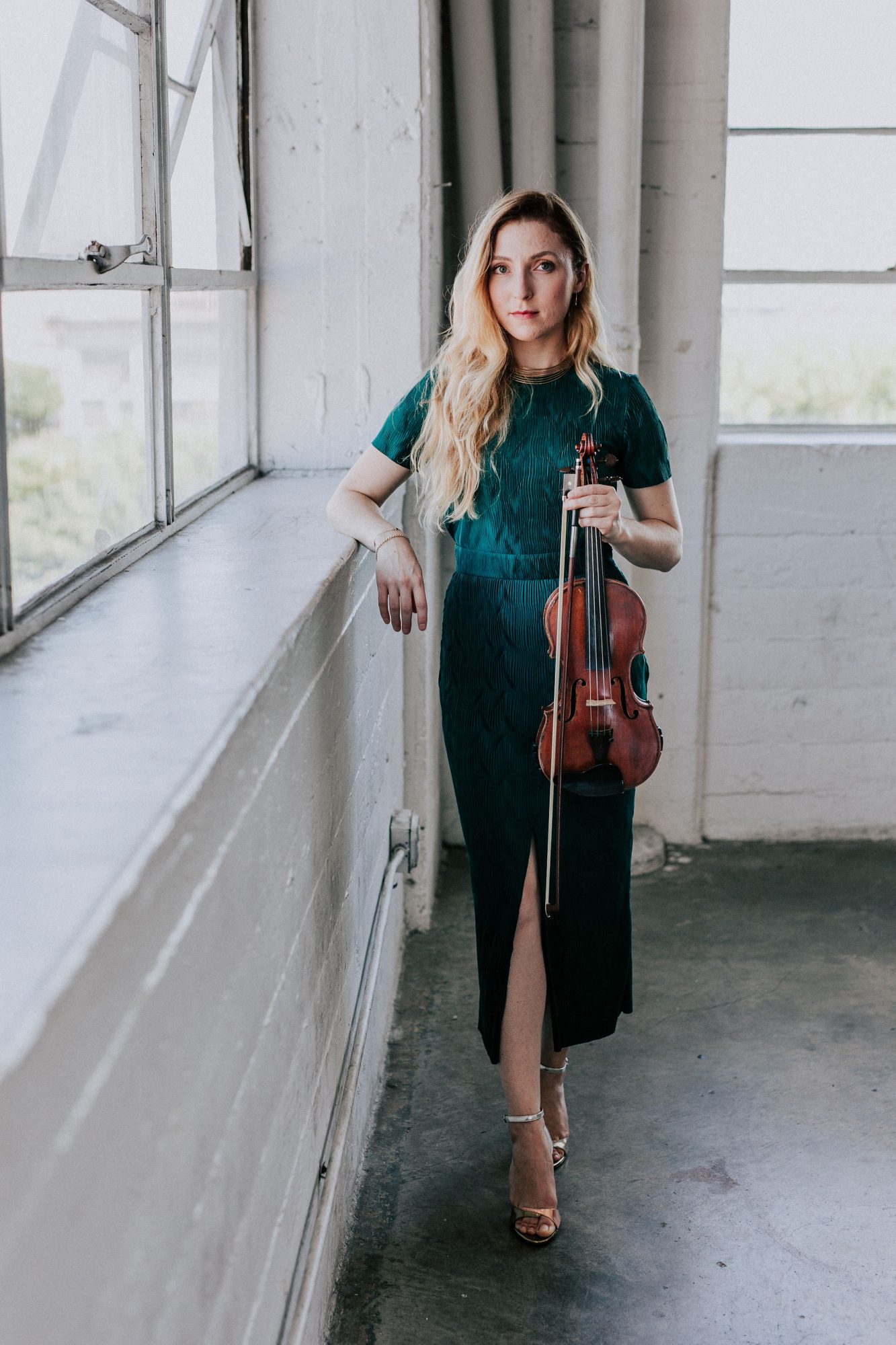 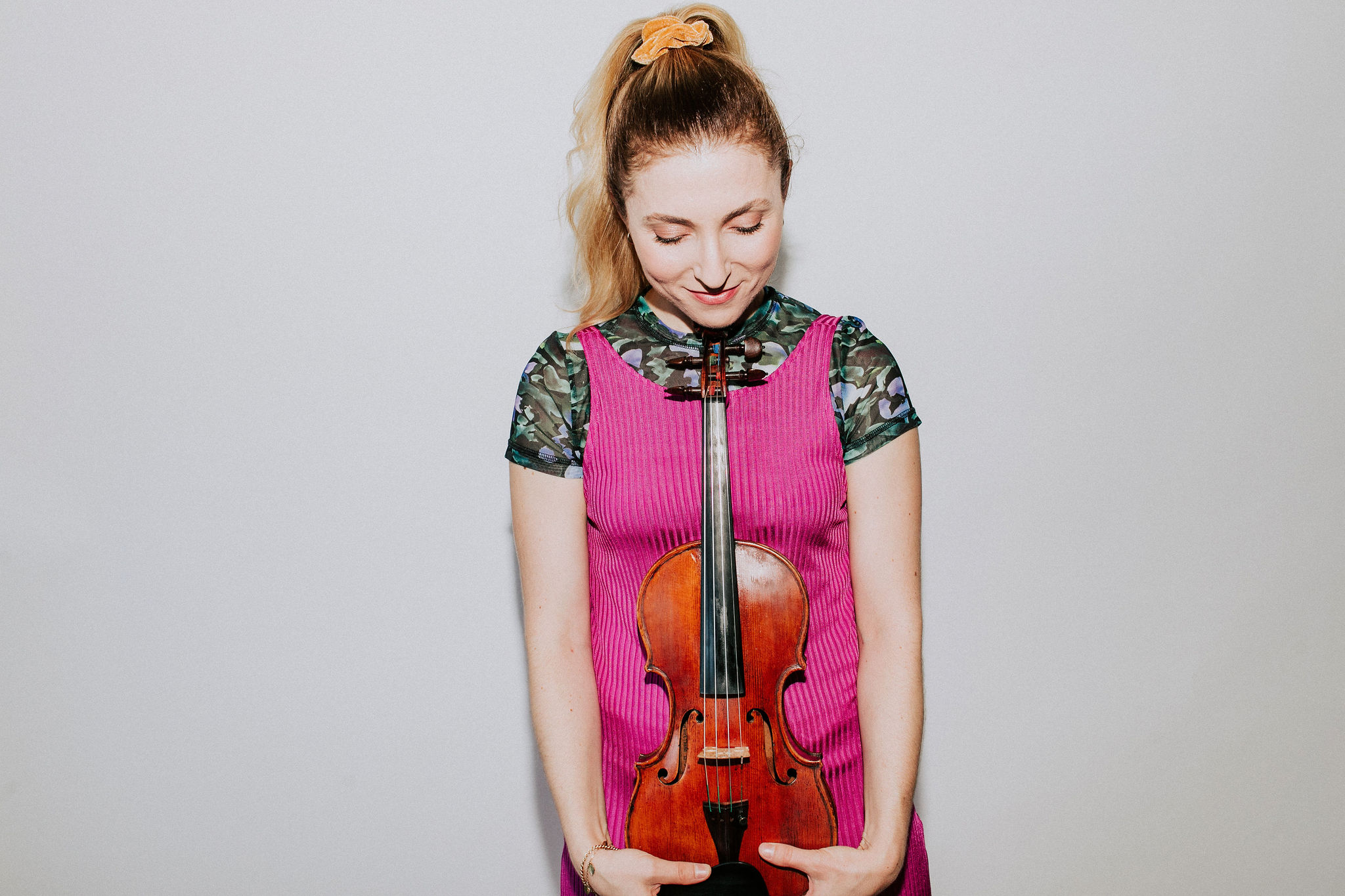 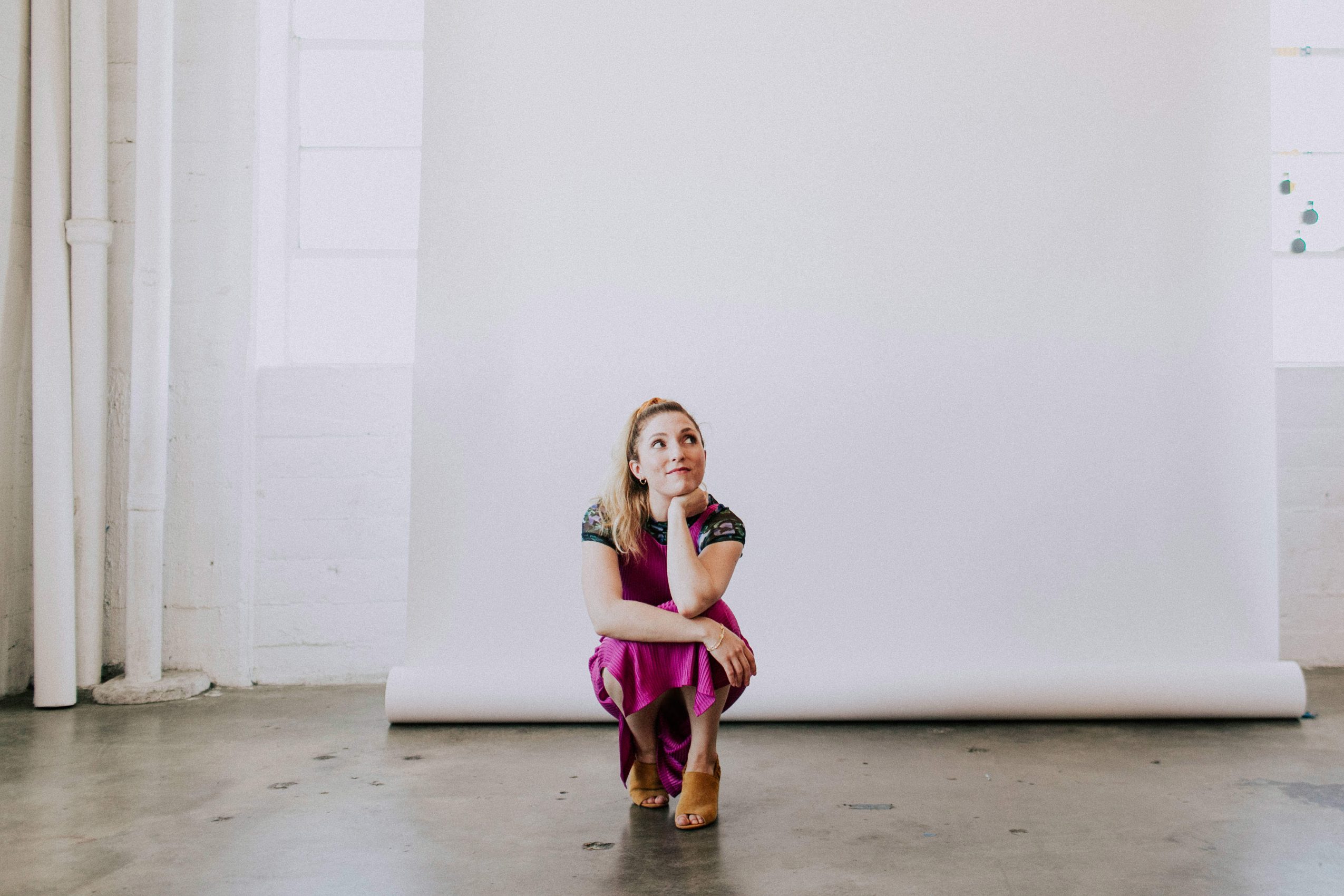 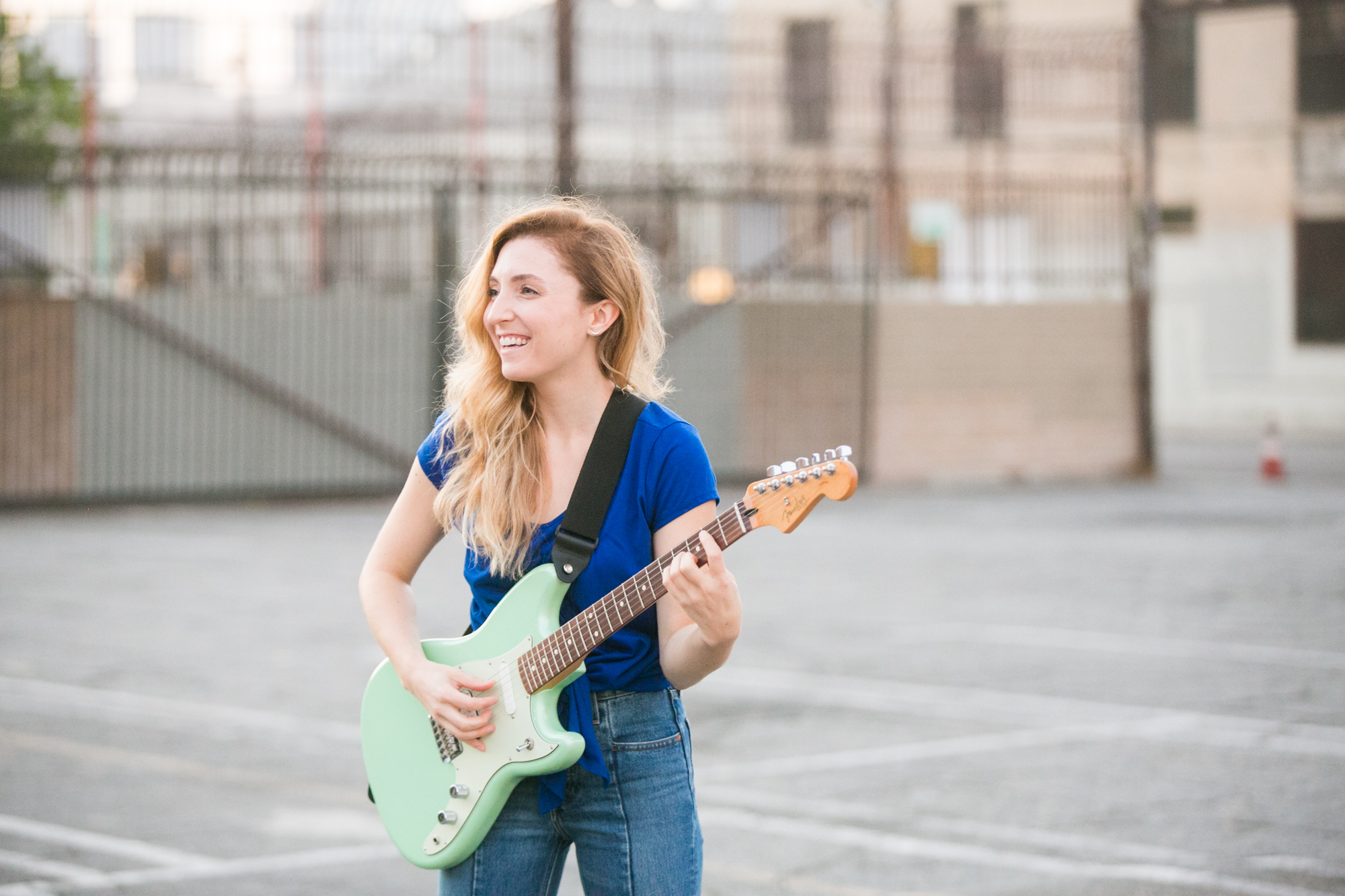 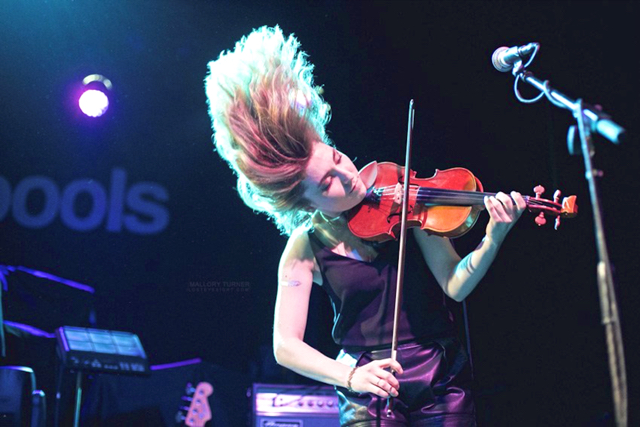 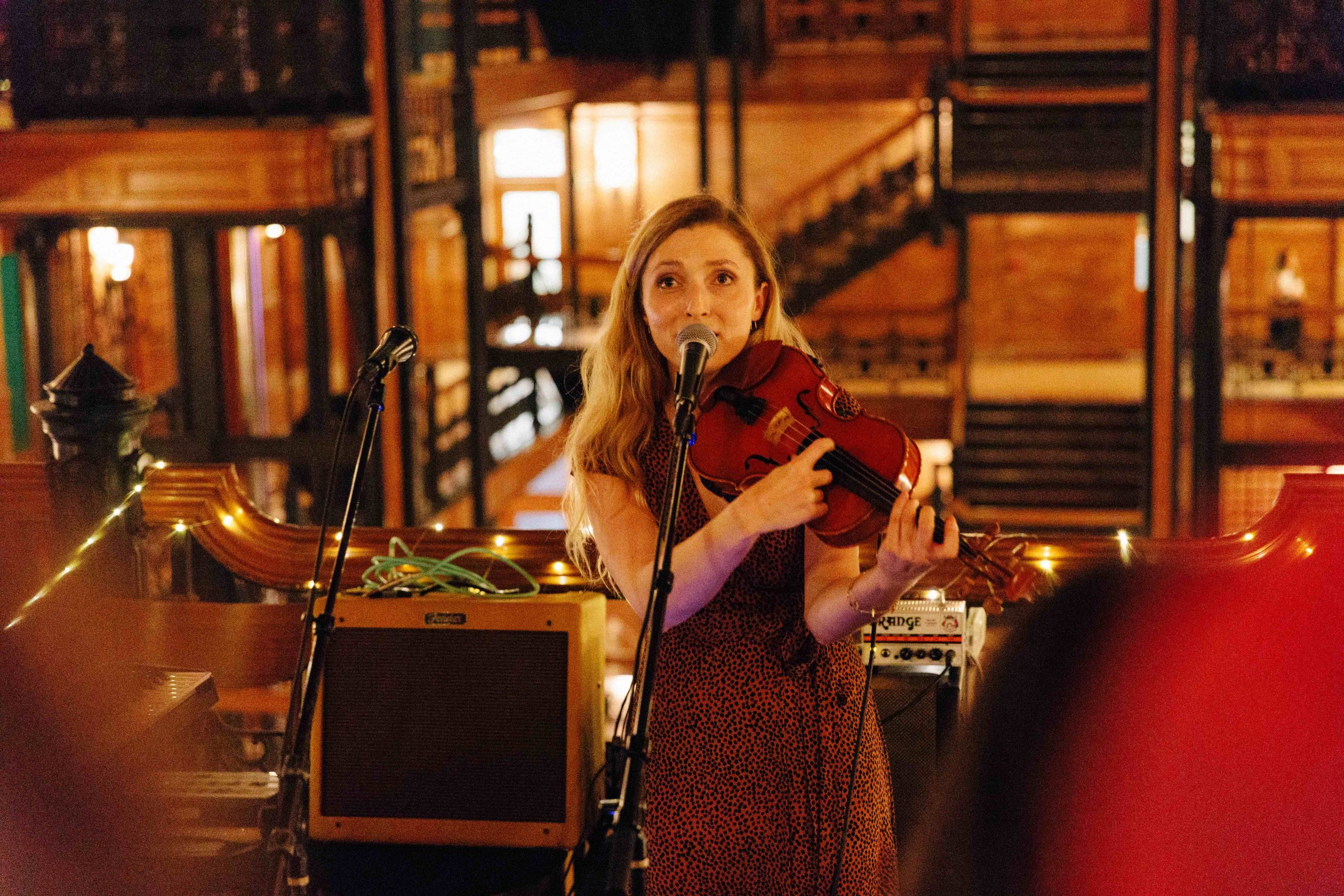