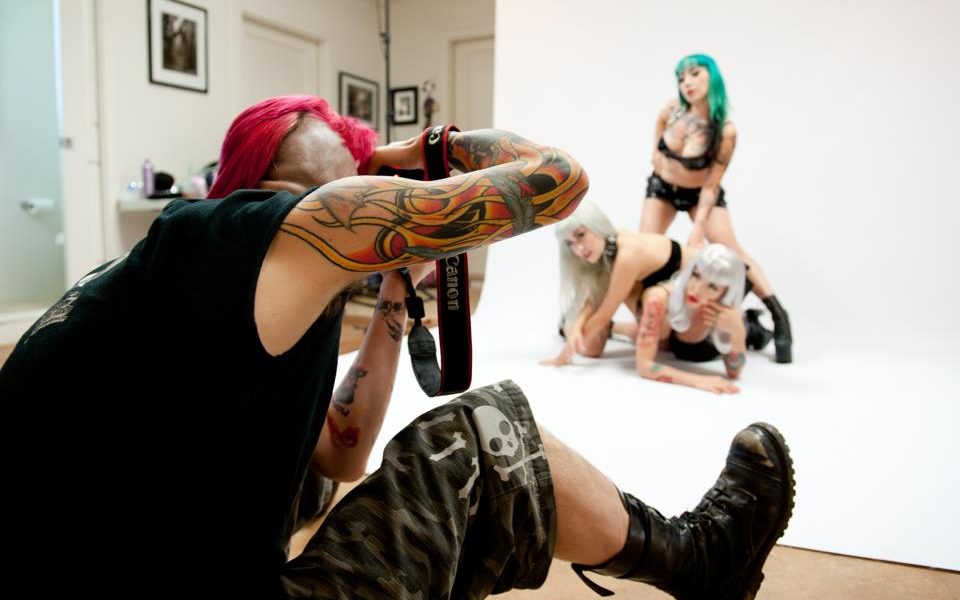 Thanks for sharing your story with us Morat. So, let’s start at the beginning and we can move on from there.
I started with photography, as I did with writing, almost entirely by accident, back when I was living in London. Having stumbled into a music journalism job in 1989, I was commissioned to go on tour with a punk band called Poison Idea in 1992. Because the band had a well-earned reputation for being completely out of control, none of the photographers at the magazine wanted anything to do with it, so the magazine asked me to get what I could with a disposable camera. I’d always loved photography, but I could never afford a decent camera, so, having been paid more for the photography than the writing, I used the money from that job to buy a basic starter kit.

From then, I toured all over the world shooting and writing about bands, and then moved to LA in 2001, mostly because it rains too much in London, and I’m slightly nomadic and have a habit of moving if things get repetitive. In 2006, I married fetish/pinup model Masuimi Max, so I started shooting that kind of stuff too.

We’re always bombarded by how great it is to pursue your passion, etc. – but we’ve spoken with enough people to know that it’s not always easy. Overall, would you say things have been easy for you?
I had no idea what I was doing when I started with photography. I was lucky enough to get work straight away, but I had to learn on the go, and I wasted a lot of film trying to get decent shots, this being pre-digital. First three songs, no flash, good luck!

Shooting pinups was a new learning experience, because it’s not at all like shooting bands. I found that quite difficult to get my head around to begin with. The main challenge is to keep improving.

We’d love to hear more about your business.
I guess I’m most known for rock and fetish/pinup photography these days, although I still write for various magazines, and I have a sci-fi//fantasy book called The Road To Fero City, which has been out for a couple for years. I’ve almost finished the follow up book, which will be out soon.

What am I most proud of? Hell, I don’t know. Apart from the book, I suppose it’s just getting a shot that people consider iconic, although that’s entirely subjective. It’s cool to see my work on the cover of magazines or albums, but I’m constantly striving to get better, and pride suggests that you’ve reached a point where you’re content with your work.

What were you like growing up?
I was probably quite a strange child, an introverted extrovert, and I didn’t really fit in. I ran away from home a lot and moved to London as a teenager, living in punk squats and playing in punk bands. I wasn’t really interested in anything much apart from music. I’d hitch around the country watching bands, and then eventually bought a motorbike and started following tours. It was good experience for music journalism later on, but I never really had any plans for tomorrow. I was always kind of surprised when there was a tomorrow!