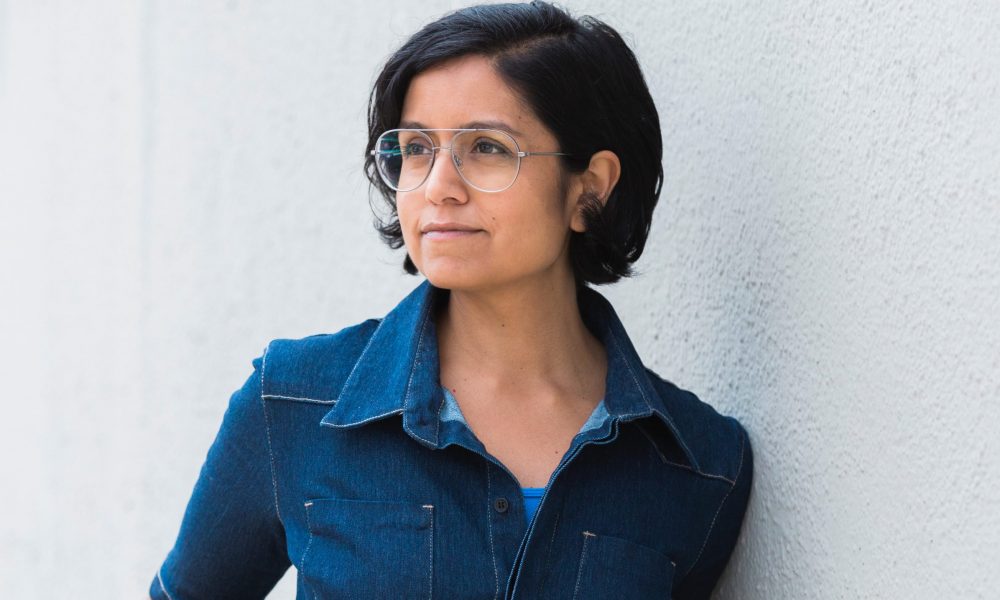 Today we’d like to introduce you to Monica Bhatnagar.

Monica, before we jump into specific questions about your work, why don’t you give us some details about you and your story.
I guess you could say my love for acting began in the 4th grade when I starred as Tom Sawyer in Mark Twain’s The Adventures of Tom Sawyer. I have always loved performing, but I am a first generation Indian-American woman – applying to theatre programs, or moving to Hollywood to act was not an option in my family. I was good at math and science, and so I decided to give engineering a go at the University of Michigan. Although I acted occasionally in college, it wasn’t until 2010 that I was reunited with acting.

Recently laid off from my engineering job of six years, which pretty much flushed my self-esteem, and overall physical health down the toilet, I had countless hours of free time on my hands. I started a conversational Hindi group where I met a guy involved in theater. He invited me to his upcoming performance at San Francisco City College. I felt so inspired by the performance that I enrolled in a beginning acting class, and the rest as they say is history.

I worked on many Industrials and commercials in San Francisco. I also started filming my own videos, mostly comedic characters, including Bad Auntie – a curmudgeon of an Indian aunty who magically discovers your insecurities, and “addresses” them. I also wrote and acted in a sci-fi short film, “Manikin”, which premiered at the Los Angeles Women’s International Film Festival.

I eventually hit an acting ceiling in San Francisco. If I was going to give acting a shot, I needed to swim in a bigger pond. So, my husband and I moved to Los Angeles in 2015. It’s been an interesting journey. The first few years were slow workwise. But I kept busy creating sketches and taking acting classes. I wrote a half-hour single-camera comedy pilot called “Bad Indian Kid” which is loosely based on my life. I acted in sketches for Conan O’Brien, and four years in, I was finally set up with a great agent and manager – it took a hot second! Through them, I’ve had the chance to work on several shows, including the classic “General Hospital.”

We’re always bombarded by how great it is to pursue your passion, etc – but we’ve spoken with enough people to know that it’s not always easy. Overall, would you say things have been easy for you?
It’s been an unpaved road, with some potholes! The internal struggle has been real, and so has the challenge of starting from scratch in a business that is slow to accept people who look like me.

My parents were unsupportive in the beginning and they still worry. Just the other day, my dad told me that I should have a “plan b” ready. I remind myself that this is their fears talking, and that they come from a place of love. However, my inner dialogue of “I am a horrible daughter, a constant disappointment, why can’t I want what everyone else wants, and where is my Oscar already!” has been a bear to overcome. I’ve had to redefine what success means to me. It’s not having the biggest house on the block, or the fastest car on the road. Success is feeling comfortable in your own skin, knowing your self-worth, building meaningful relationships, and doing work that fills you and lifts others.

Another challenge I have faced is being a 30-something brown woman with few credits trying to get work in Hollywood. I am basically starting over. San Francisco allowed me to gain confidence in my abilities as an actor. I made some really great work connections, and had great experiences on set, but I’ve had to prove myself all over again in Los Angeles. I’ve had to build relationships with new casting offices. I’ve had to navigate through the plethora of agents and managers – most of whom were uninterested in signing me. And I’ve self-submitted for numerous roles, only to be greeted with… Crickets. But four years later, after feeling slightly more settled in this industry, I have finally started booking work.

Despite my parents’ concerns, despite my inner type-A, guilt-ridden, people-pleaser personality, and despite the ingrained nature of the Hollywood casting beast, I keep at this. Mostly with the support of my husband and a strong belief, this is something I am meant to do. There is no plan B. This is it, so stop asking, ha-ha!

We’d love to hear more about your work.
I think we each have our unique qualities and experiences that influence anything we do. My upbringing, life experiences, and career-trajectory allow me to create work, and characters that bring a fresh perspective to Hollywood. As the daughter of Indian immigrants, and with the current political climate as it is, I truly believe that my presence in this industry and others who look like me help create a narrative that is more representative of our society. There is that saying that we fear what we don’t understand, but by seeing more people like me on TV and in movies, I hope that it will help those who are unfamiliar with non-White Americans, and immigrants have a better understanding of who we are. I think they will find that we are all very similar at the core.

So, what’s next? Any big plans?
World domination! Just kidding; I am looking forward to auditioning, working, gaining more experience on big sets, building strong relationships with casting offices, and creating more of my content.

I am a huge horror movie fan, so last year I made a horror short called “I am Fine” about an overstretched woman who encounters a masked stranger intent on pushing her further down her self-destructive path. Spoiler alert: She is not fine! I am submitting it to festivals this year. I would also love to get the ball rolling on “Bad Indian Kid” by filming a teaser for it and setting up a crowd-funding page.

I’d be lying if I said I wasn’t hoping to be a series regular on a one-hour cop drama or a cast member on a half-hour sitcom ala “The Office,” BUT in this business, there is so much that is out of your control. So, for the time being, I am focusing on what I can do today – baby steps.

Finally, I am stoked to work on myself. At the end of the day, if you don’t love who you are, no opportunity or accolade in the world – even that Oscar – will make you happy. 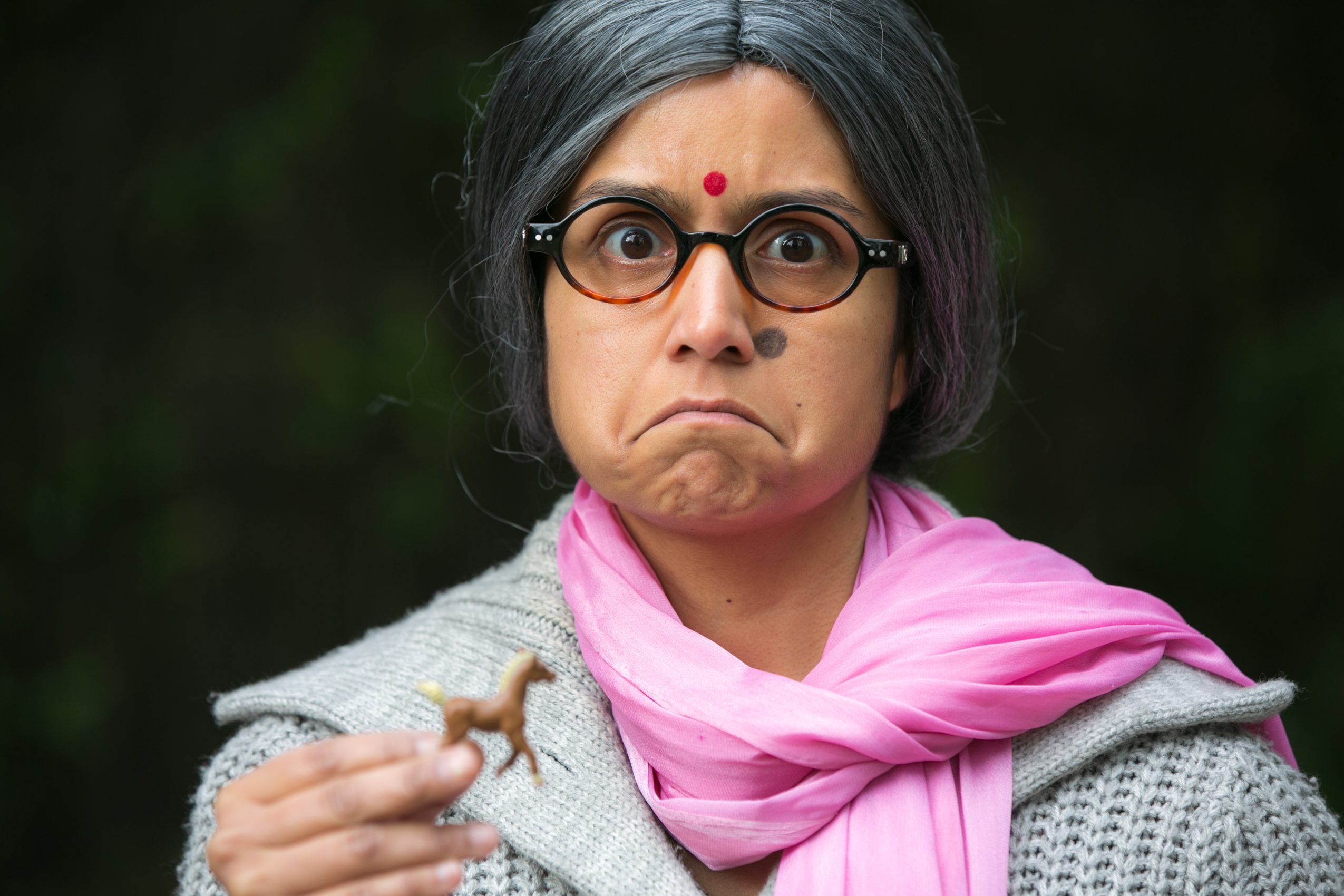 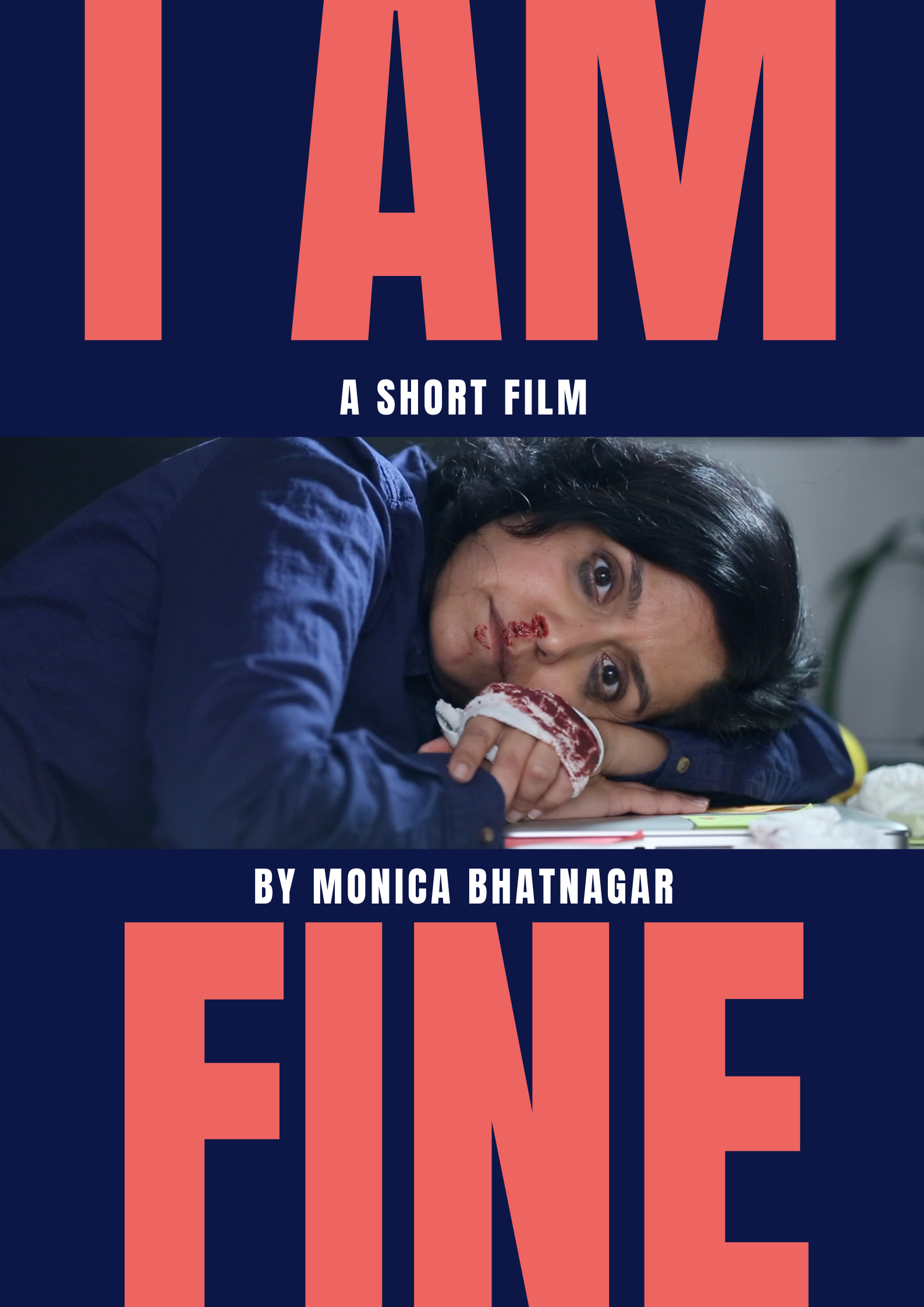 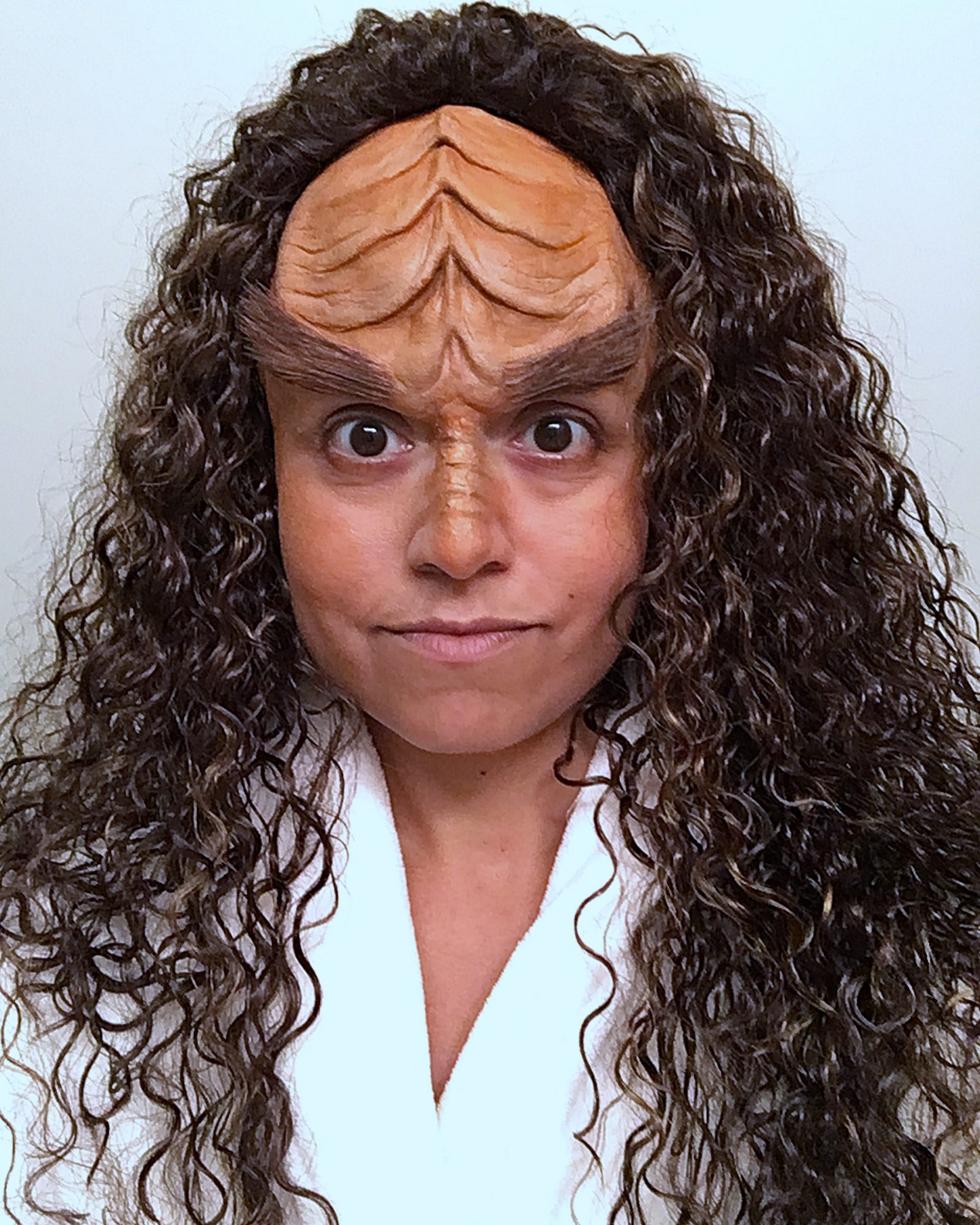 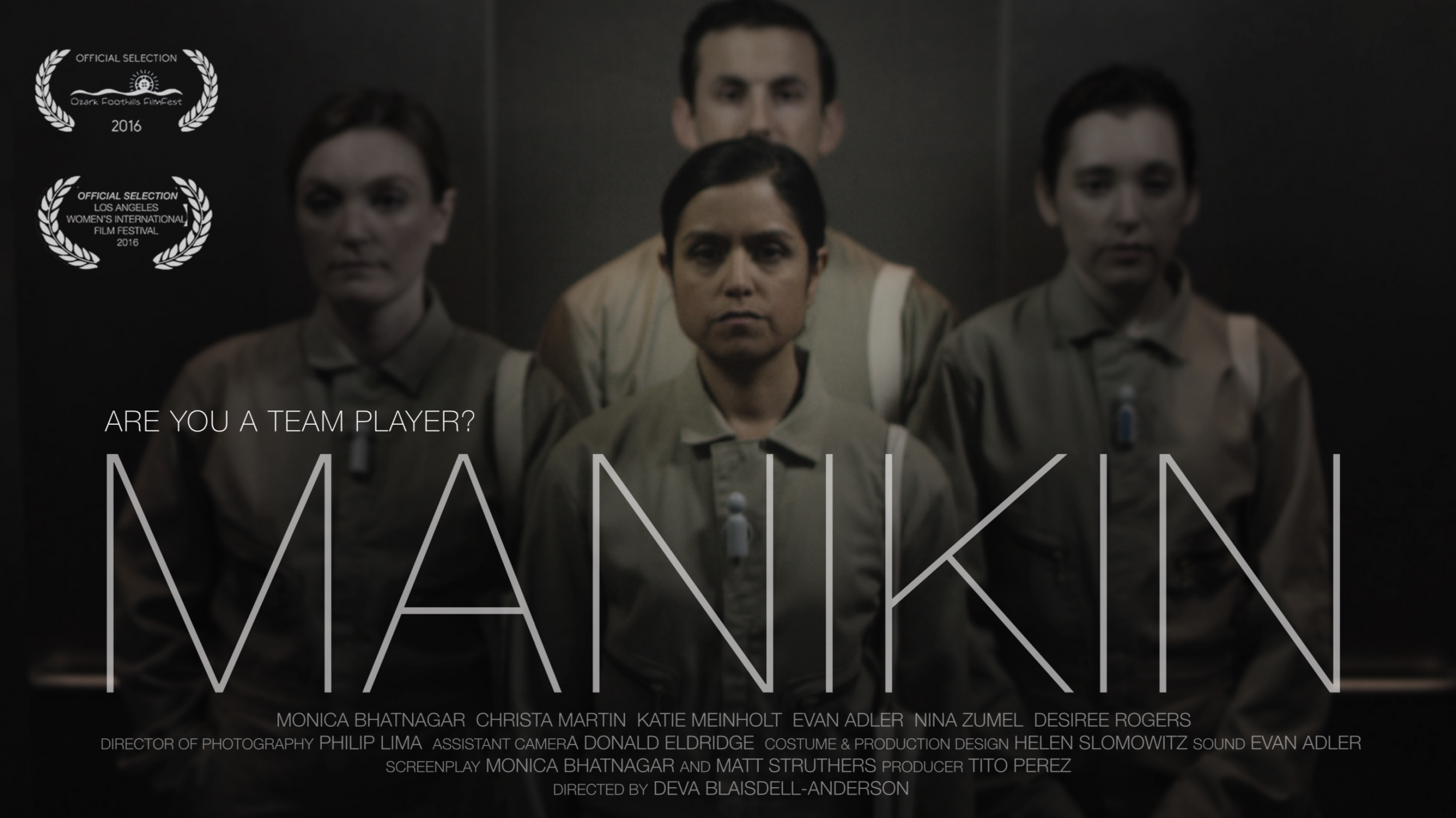 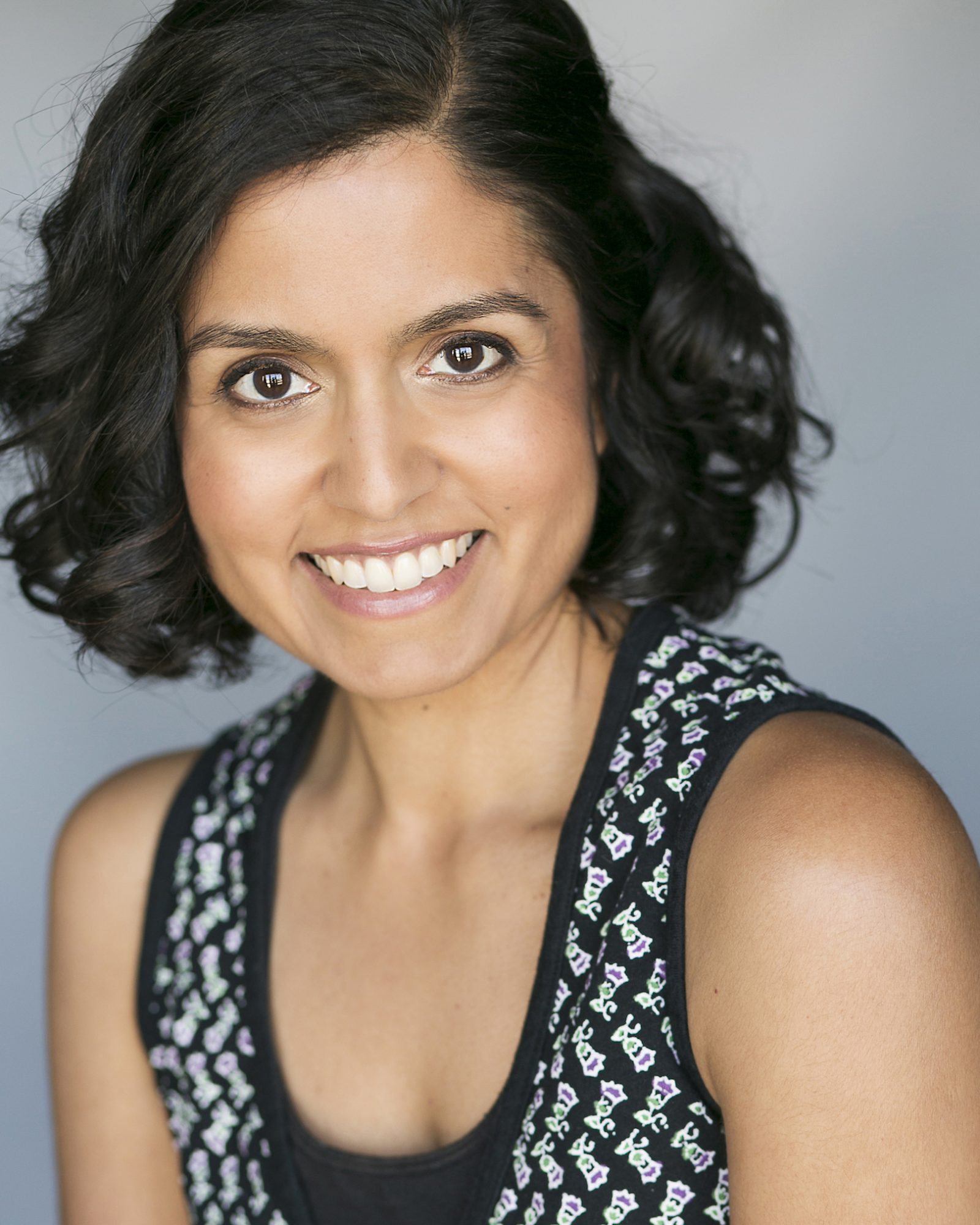