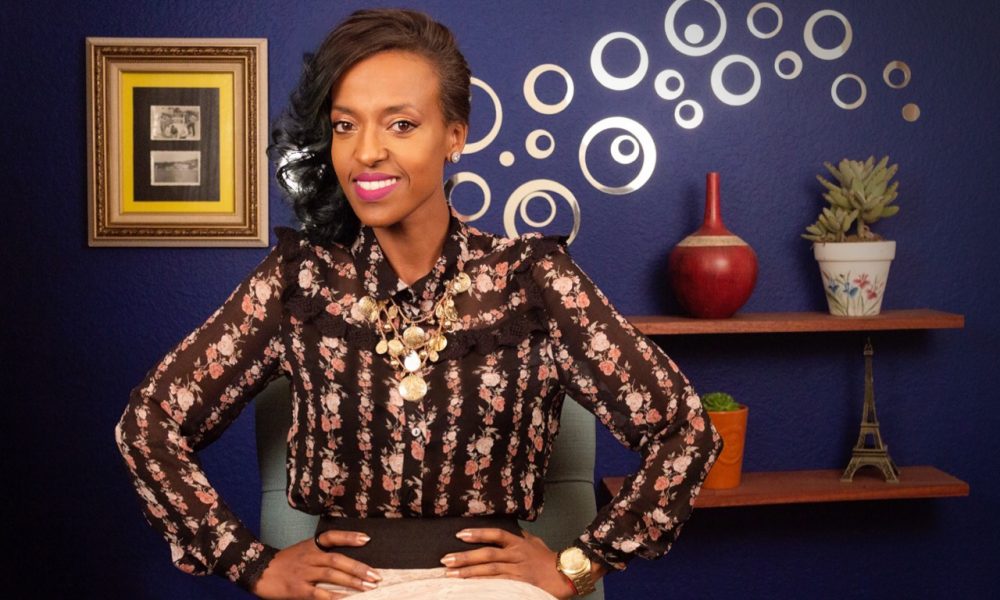 Today we’d like to introduce you to Mona Tessema.

So, before we jump into specific questions about the business, why don’t you give us some details about you and your story.
Juniority was born early 2011. When I came up with the idea, it was something completely different. I wanted to create a show with a comedian host and a panel of kids who would be presented with current events topics so they could chime in and the comedian would play off of their answers to create a fun and informative show. I developed the show idea but never really knew what to do with it. A couple of years later, through some mutual connection, I had a couple of opportunities to pitch it to various entertainment companies in Los Angeles but they all declined. One production company in particular told me they had something similar in the works so I continued working at my nine to five job until September of 2016. Six months or so after my fathers death, I decided life’s too short…so I quit my job with a good salary, a 401k and health benefits. With no plans and very little money saved, I set out to build Juniority. I decided to just do it! How? I didn’t know but I knew I would figure it out. But most importantly, I needed to figure out my why? Why was this idea so important and why would it be something of value to others? I was in Venice Beach with my friend when I got my answer. We were walking down the storefronts that line Venice Beach and all the creative vendors when I walked up to a man etching quotes on small square wooden pieces. One of them read, “It is easier to build strong children than to repair broken men” – Frederick Douglass and there was my answer, my why!

Why is this my “why”? Because one of the common characteristics I have noticed among young people is that it is easy for them to follow their bliss. They naturally gravitate towards the things in life that make them happy and choose to spend time doing just that. With a little dedication and encouragement from their families, young people are clearly demonstrating that turning the things you love into a business is a sure way to win! After all, we have all at some point or another been advised, “do what you love and you will never work a day in your life.” However, doing what they love is not the only thing these young entrepreneurs have going for them. Having come across some of the most confident and self realized young individuals, it is clear to see the self-assurance cultivated from being a young mogul.

Young people have a lot of qualities ideal for being an entrepreneur, one of them is their ability to transmute a challenging experience into something productive. Whether it’s 9 year old Zandra Cunningham from Buffalo, New York whose dad refused to buy her a chapstick or 8 year old Isabella Dymalovski from Melbourne, Victoria, Australia whose mom refused to let her use adult makeup remover, both these ladies managed to turn “No” into a massive skin care line. How? They did it by being fearless. Not having bills or family responsibilities to worry about definitely helps but I believe the unique advantage young people have is that they don’t know that they can’t. They don’t know that they can’t do the things they set out to do, so they do them! For these kids, the only challenge to solve is the one right in front of them and when you don’t have preconceived ideas of where you are headed, the only thing to consider is that one step you need to take right now.

Another thing that I admire and love about young entrepreneurs is their kindness. They care and they give back! Giving back is almost synonymous with all youth owned businesses and that to me is something we should all exalt. When young individuals stand for something they believe in, not only do they inspire their peers but they have the ability to make adults believe in their cause. This, I believe is one way we can building strong children.

So with my why in mind, I began by looking at what resources were already available that I could utilize to build Juniority and found a couple of public access television stations that were open to the community. After assembling a group of friends to be my production team, we chose one particular studio that most fit our production needs and shot the first three shows of Juniority at the Long Beach Public Access – PadNet. But that didn’t last very long. Being a city owned entity, we very were limited in what we could do so once again, we set out to find an alternative studio that would suit our production needs. A couple of months later, a friend offered his studio space and I managed to buy enough production equipment to shoot the show on our own. Solving this challenged opened up a larger opportunity for us, we took the show from in person studio interview to a Skype interview and this meant we could interview anyone, anywhere in the world. We have interviewed young entrepreneurs across the US, Africa and Australia thus far, with many more guests on our waiting list.

We’re always bombarded by how great it is to pursue your passion, etc – but we’ve spoken with enough people to know that it’s not always easy. Overall, would you say things have been easy for you?
Building Juniority has had it’s ups and downs but if it wasn’t a learning experience, it has now become a very good story that we can all laugh about. The biggest challenge has and still is juggling so many different hats. When we first started, most of the pre-production and post production work rested on me. On production days, I was very lucky to have people help me with camera, sound recording and in various other areas. For post production, I have a friend who does the post production sound which is a one of many important elements of creating quality content. Currently, I still wear a multitude of hats but I am happy to say that I no longer edit the shows, haha! Challenging as it maybe, wearing so many hats has taught me a great deal about all of the moving parts involved in putting a production together and as the project grows, I will be able to appreciate peoples roles in those areas. It will be very nice to delegate and share the workload of building Juniority.

So, as you know, we’re impressed with Arihel Productions – tell our readers more, for example what you’re most proud of as a company and what sets you apart from others.
Juniority is a brand that specializes in creating content that highlights young people making a difference in their community regardless of the scale. We are in the business of bringing the stories of young entrepreneurs, philanthropists and innovators to the forefront. Most of the time when young people are featured on a major news outlet, we all applaud them and never hear about them ever again as though they are a rarity. But we have noticed that there is a huge community of young entrepreneurs around the world that are on the rise and contributing to the growth of their peers and communities. By creating a platform solely dedicated to the work young people are doing, our goal is to show the world that they are adding value in many areas of life.

We are most proud of the type of community we have built. It is so amazing to see when young people we feature receive praise and encouragement from their peers and fellow entrepreneurs. They all understand their uniqueness, the value they have to bring to the table and seeing them promote each other on social media is one of the most gratifying things for us. We also have some of the most awesome families following us on social media who are our champions. They share and support us with such dedication and desire to see us grow, that means the world to us!

What sets us apart from everyone is the vision behind our brand. Juniority ultimately is not just a show that promotes young people but a brand that is built with young people in mind. As we grow, we are looking to expand our Juniority Community Blog, a space where young people can come to express themselves (content by teens for teens). We recently partnered with a teen artist who is creating a comic book style content for our community blog. We are also in the final stages of launching Juniority Marketplace where teens can create a store and sell their products like Etsy. On our marketplace, you will also find Juniority Apparel where all artworks are designed by teen artists who are making commission off of the sale of all merchandise for the life or for as long as we sell those items.

So, what’s next? Any big plans?
We are looking forward to officially launching Juniority Market. Right now, we feel that young people get lost in the adult world which is why building a marketplace solely dedicated to teen entrepreneurs is so important to us. It is another part of our brand that goes hand in hand with our YouTube channel. Our site for Juniority market is currently functional and people can start registering to be a sellers. However, sellers profiles/information will not be published to our site until after we have published our Terms of Use & Privacy Policy which we are working on with our lawyers. 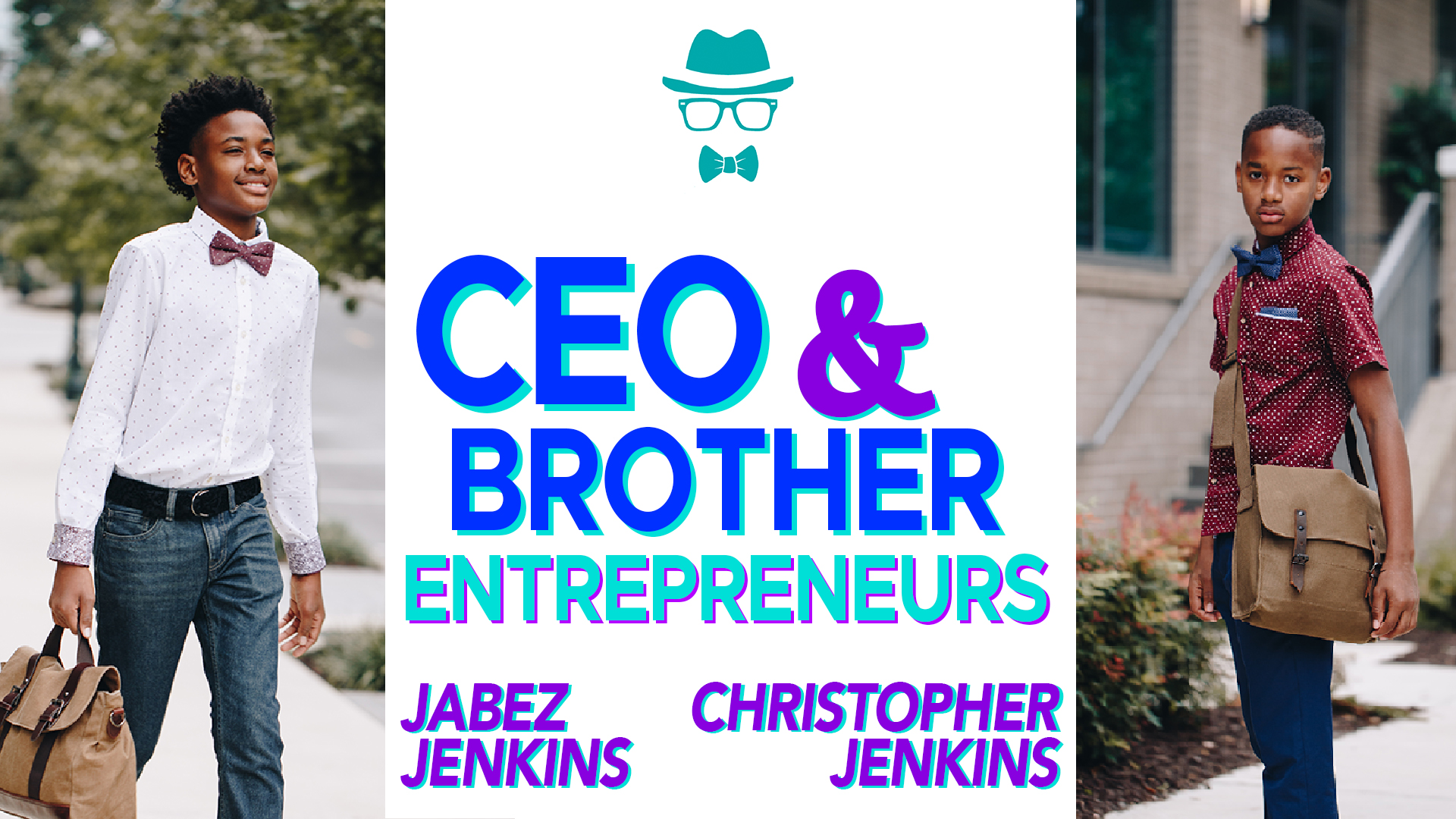