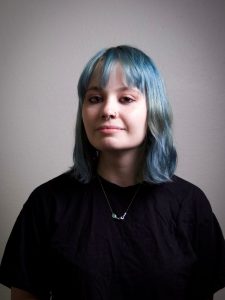 Today we’d like to introduce you to Mon Castro.

Hi Mon, we’d love for you to start by introducing yourself.
I was born and raised in Mexico City, and I’m currently based in Los Angeles. I moved here in the summer of 2021 (anniversary coming soon!) to study my MFA. I am starting my second year of the Producing Discipline at AFI Conservatory.

I can proudly say that film is the ever-lasting love of my life, I have never had any doubts about it. I was one of those kids that grew up glued to the screen. In a mostly unconventional way, I must confess. Instead of watching shows for children, my mom let me watch SAW over and over again. Loving the media runs in my family, as I got the fascination for the movies from my grandfather. Every time I went to visit him, he was sitting in the same chair, with a coffee, in front of the screen. One day, I went to his house and he was watching Hitchcock’s REAR WINDOW. I sat down and watched it with him as we ate lunch. I, being in elementary school at that moment, found it amusing how Jeff spent his days peeking through the window, I had never seen such a thing! That amusement quickly became intrigue. Then I found myself unable to peel my eyes off the screen. It was such a shocking moment in my life, so important that I still remember it clearly after seventeen years. I went to Blockbuster to see some of Hitchcock’s other films and rented every single one that was available. Time went by and watching films of all kinds became my favorite thing to do. I continued to discover and research a lot of filmmakers of different styles, yet I have always found myself more inclined to the horror genre.

I am such a passionate person that it was easy for me to find a career path. I just knew right away I wanted to be a Producer. I have always known. Now I am 24 years old and have been fortunate enough to work in multiple projects.

Before moving to Los Angeles, I worked in the communication department of two different museums, and I was a production assistant in a multimedia company, where I had the opportunity of learning how the behind-the-scenes logistics of concerts and music festivals work. I have also freelanced in multiple short films, publicity campaigns, and music videos. During most of the lockdown, I was a remote assistant for a Producer, and I’m extremely thankful of how much I learnt.

I always knew I wanted to move to Los Angeles and have a career here. In the end of 2020, I applied to AFI Conservatory, and I am so grateful to have been accepted in my first time. AFI has been key to both my personal and professional growth, and I feel much more confident in myself and in my skills now.

I’m sure you wouldn’t say it’s been obstacle free, but so far would you say the journey have been a fairly smooth road?
I wouldn’t really call it smooth. When I first started, I knew nobody in the industry and had no idea how anything worked, so I had to pave my way from scratch. I have encountered sexism closely multiple times, as I was the only woman in one of the places that I worked for in the past and was constantly looked down by older men. I cannot say that it doesn’t fully affect me anymore, but I’ve grown thicker skin and fought to earn my place. One of my goals is to help make the industry a safer place for women.

Even with the obstacles, I hustle a lot and have always managed to achieve my goals. I am also lucky enough to have a strong support system of friends and family who have been next to me all along.

As you know, we’re big fans of you and your work. For our readers who might not be as familiar what can you tell them about what you do?
I have a background of freelancing in multiple departments in the film industry, but ultimately my career goal is to be a Creative Producer. Despite having a lot of experience in Physical Production (and being a HUGE nerd for logistics), I’m more passionate about getting involved in the storytelling and working closely with the creative team. I enjoy writing as well and would love to produce my own scripts. I also like working as a Script Supervisor. Something in my brain is obsessed with continuity.

I’m a huge horror buff of all types, but I would say that my brand is everything camp and over-the-top. I have a big sense of humor and I like bringing it to my work. A perfect scenario for me is blending horror and absurdity. I also like bringing social awareness to my work in a wholesome, hearty way. I am convinced that campiness and heart can perfectly live together in the same piece without stealing the spotlight from each other. Some of my goals are making feminist films and bringing visibility to the asexual community, which I’m part of.

I am extremely hardworking and hustle a lot. When I’m not working in my own projects, I enjoy volunteering in other sets. The rush of being on set gives me an unexplainable kind of something that makes me wake up in the morning. I have projects lined up constantly, it is never fully quiet for me. My constant involvement and networking make me really proud of myself.

My blind -sometimes called delusional – optimism sets me apart from others. Even in the worst of scenarios, I always manage to find the bright side. I always say that nothing is ever -that- sad to me. I think sadness has some sort of absurdity in it, and I somehow find every obstacle kind of comedic after some time has passed.

What are your plans for the future?
One of my projects recently started post-production, so I’m pumped about that. Also, my short film PUNK TALK is starting its festival route in Cinequest, so that is really exciting too.

I have a first draft of a folk horror feature that I’m still revising and am currently working on the outline of a second one. Having really solid feature scripts is one of my priorities within the next few months.

In the next year, I will graduate from AFI and finish my thesis film, and my plan is to start pre-production of a feature as soon as I graduate. I want to stay and work here in Los Angeles, but I don’t rule out the possibility of making films in both countries. There is a documentary I’m developing in Mexico that I had put on hold, but I will get back to it too.

This last year was full of big changes in my life! Perhaps it won’t get as hectic in changes soon- but one never knows! 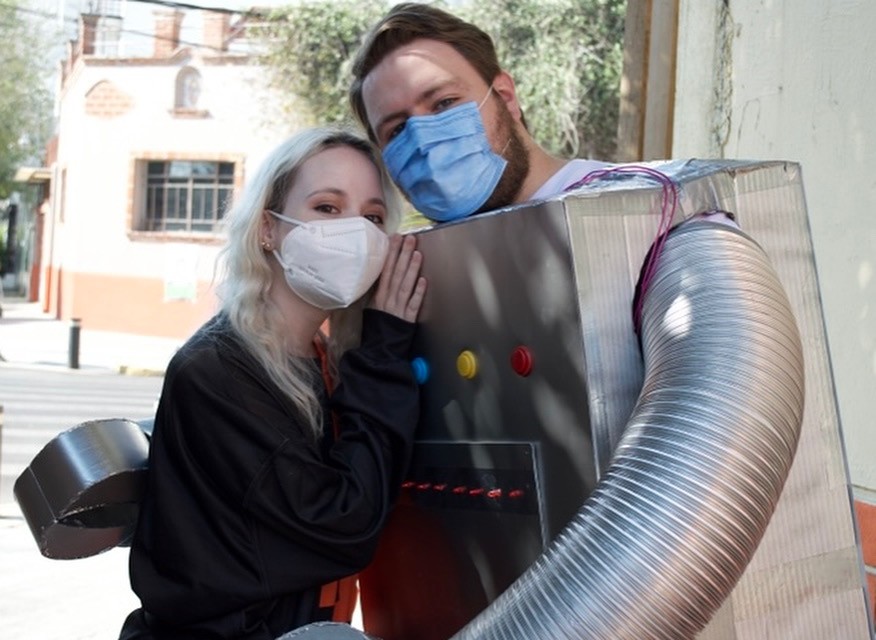 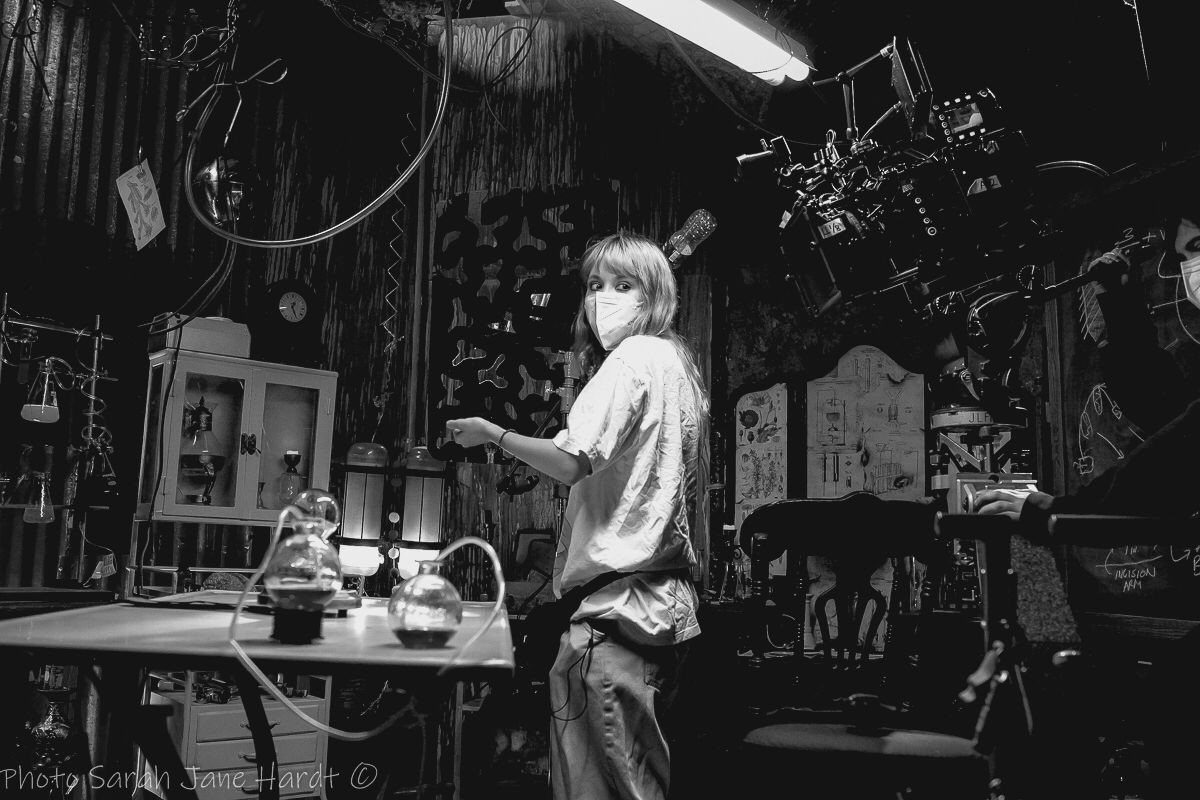 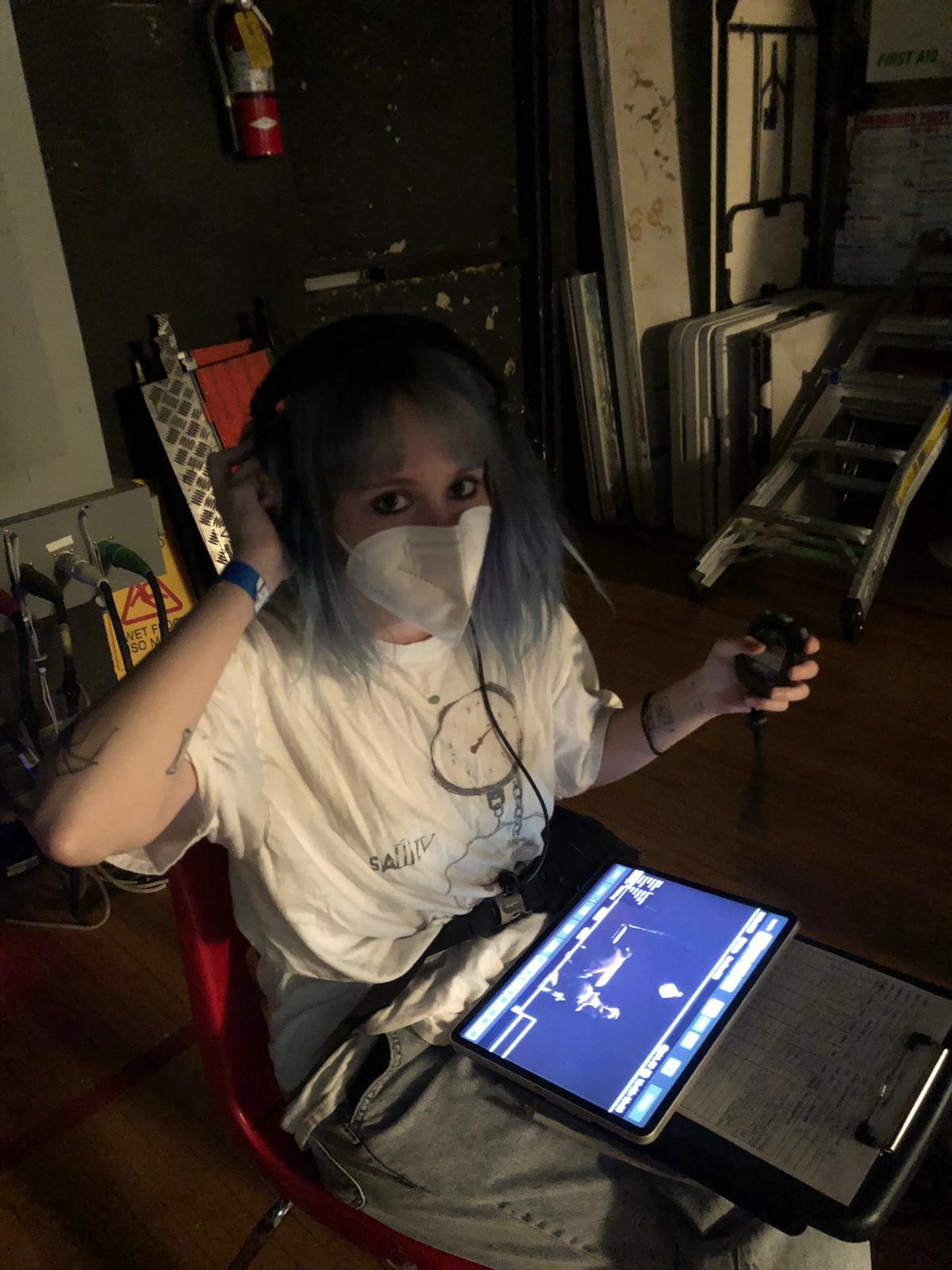 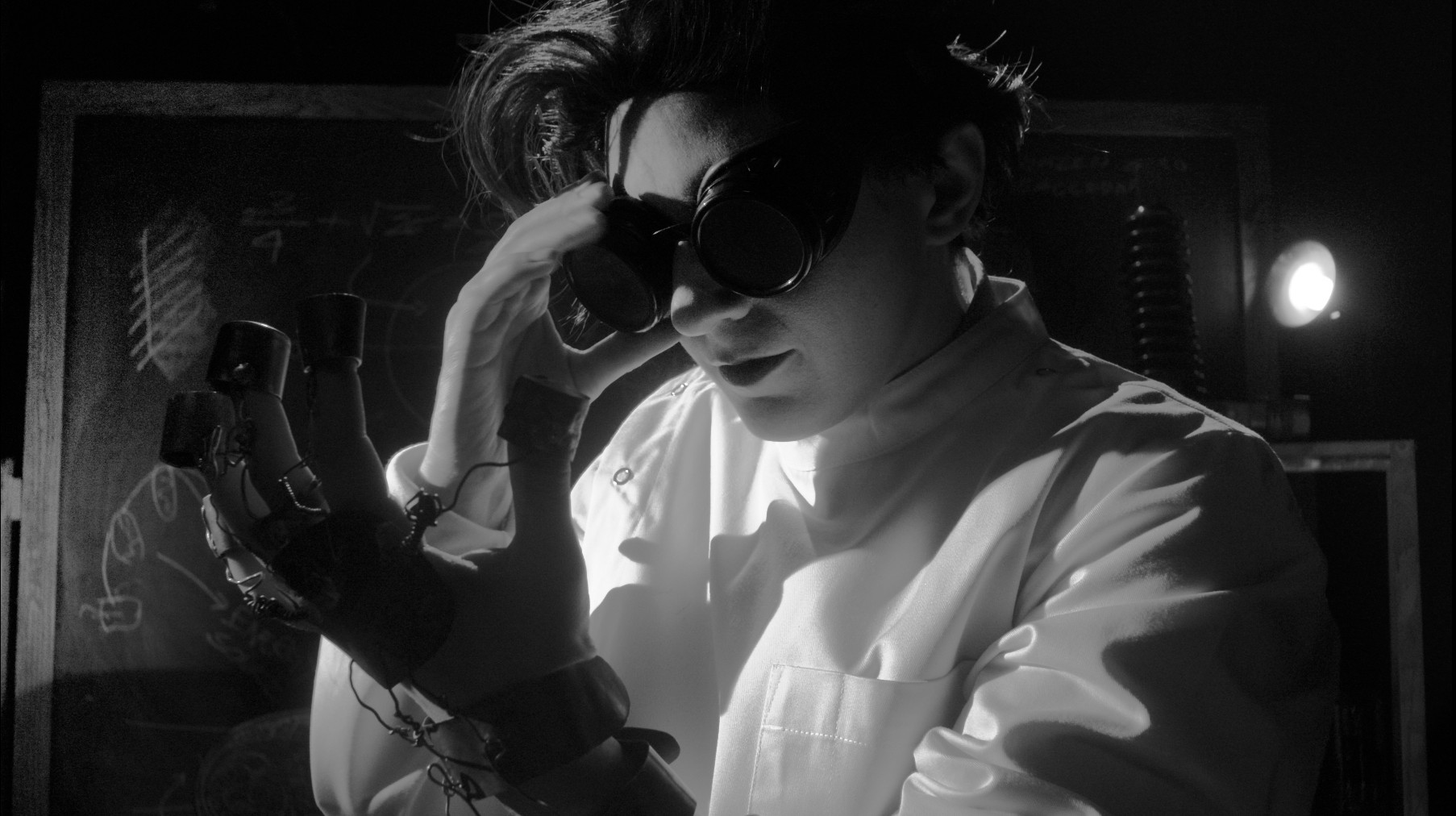 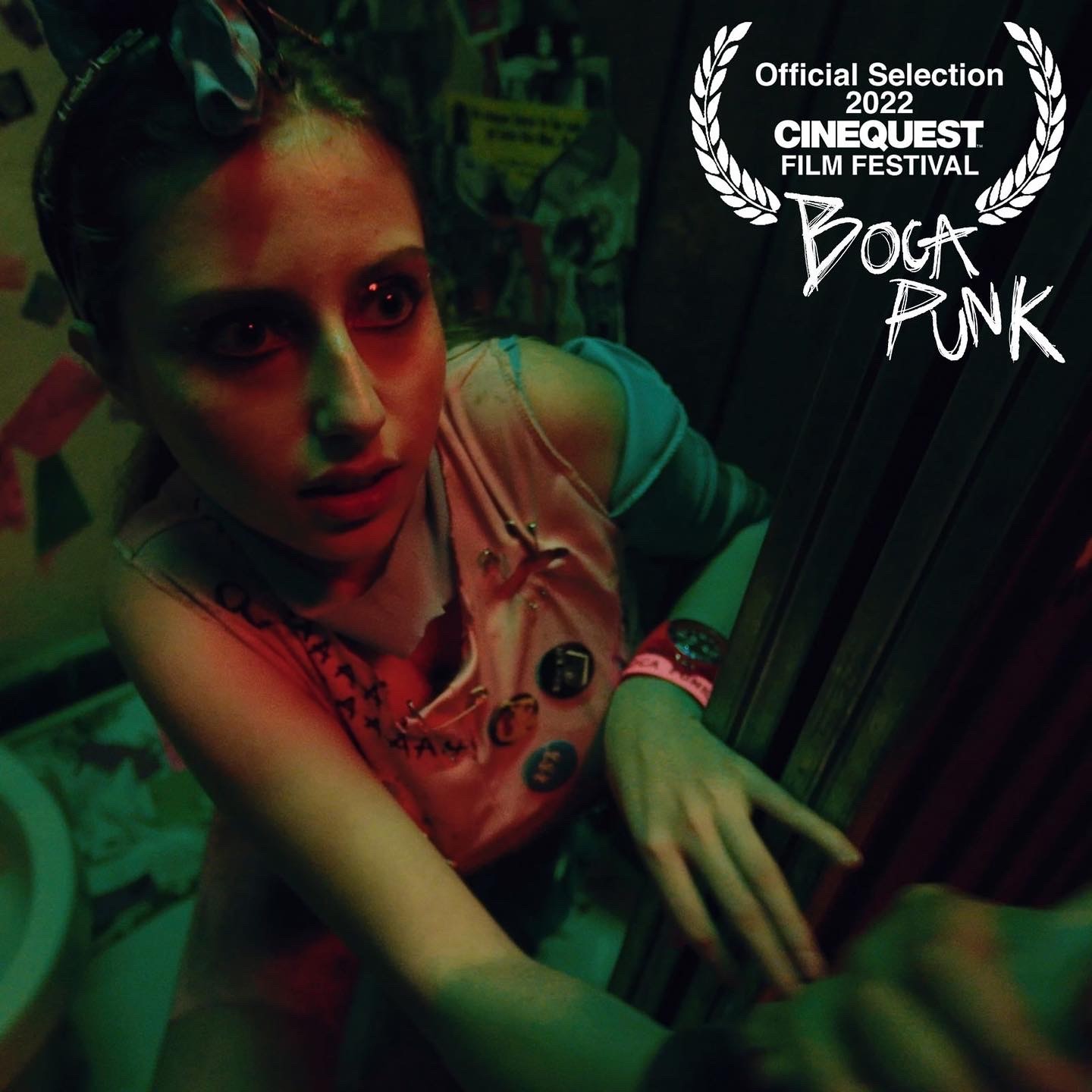 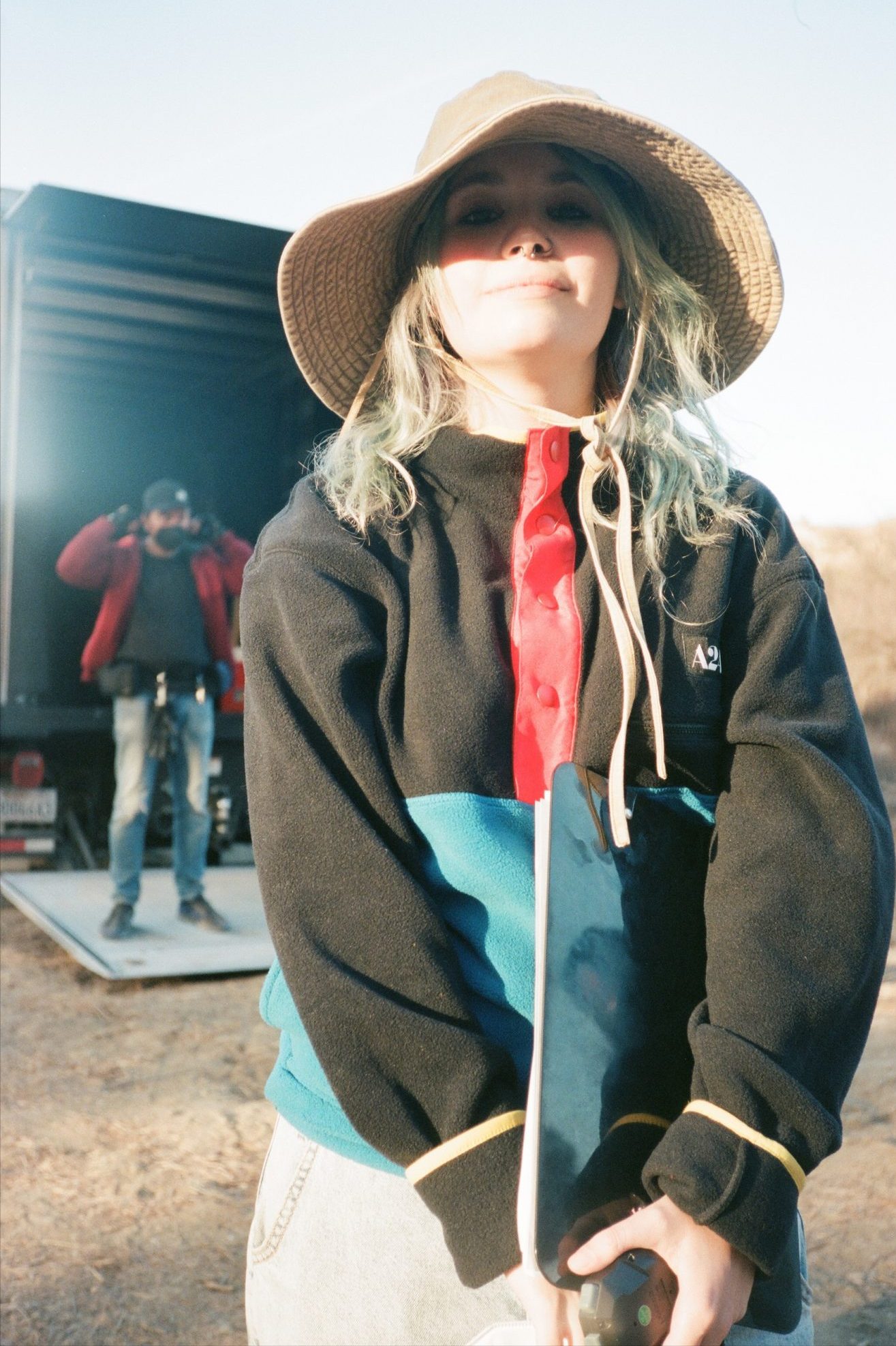