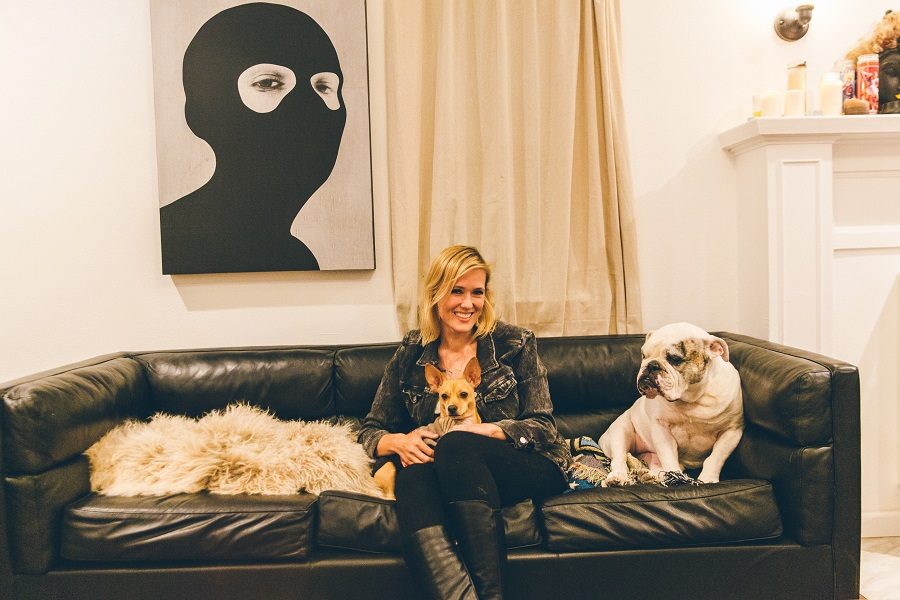 Today we’d like to introduce you to Molly Waseka.

So, before we jump into specific questions about the business, why don’t you give us some details about you and your story.
I started December 9th following a job change in 2015. I had been a career event producer, working on art, music and fashion events, and was working at the time for a tech start-up producing a large budget touring event series geared towards inspiring kids to be engineers and inventors. It was the dream job at a company where everyone wanted to work. Unfortunately, I couldn’t seem to figure out why I was so unhappy. I loved the project, the team, the company, but wasn’t entirely content.

Back in my early days as an event planner, I was putting on pop-up art shows in Minneapolis, MN, I had found my job so interesting. Networking with the city, supporting artists and getting a chance to contribute to the art community made me feel connected to a creative side I hadn’t been entertaining for many years. I had grown up grabbing every opportunity I could to sit in the art room and work on a project. By the end of 2015, I wasn’t even painting anymore.

The idea to start a company managing and supporting artists wasn’t mine. It came from the artists. Even in those early days, artists must have seen something that made them believe I could help them. They would ask me to be their manager, or even just price and strategize their collections. It was a flattering notion, but I had no idea how I could make money doing this, so I brushed it off. Over the years though, it came up over and over again, from artists of all types. Musicians, painters, photographers, fashion designers… they all turned to me for help.

At the end of 2015, I was feeling pretty lost, and I knew I needed to make a change. I set out to go to work for myself, and build something I could call my own. December 9th was the last day I would work for anyone else, I had decided.

Overall, has it been relatively smooth? If not, what were some of the struggles along the way?
I’m sure I’ve had my fair share of struggles, just like anyone else. It took me a long time to care about my career, and I’ve always felt like I had something to prove.

I never went to college – well I guess I did but for less than six months. Art school, of course. Even then I knew I wanted to do something creative, but it wouldn’t stick. I was young, and pretty unclear on what I would do with my life. I wasn’t at all ready to decide, either.

I stumbled into my career. Having been a self-taught graphic design artist from before I graduated high school, I found an opportunity within a company I was working at for only a month or two. When they lost their marketing person and were asking who may have any design skills, my boss raised her hand on my behalf.

A month later, I was the full-time marketing girl, and I found my first mentor in my new boss, Bruce. He didn’t seem to care that I was a scattered, late, mess. He saw some talent and potential, and he gave me the encouragement and direction I needed to set off on a path that I would have never planned.

Only a few months into working for this company, and I was planning their trade shows cross-country, working on designing all of their creative assets, re-branding them, and working on launching new products. I think this was somewhat of a theme throughout my career. My middle-brain gave me a balance, and though I was often a scattered creative mess (the artist in me) I was always pulled back by my ability to organize a well-executed concept. “An artist with lists,” my next mentor John would call me. A phrase I find explains me too well, and I have come to love.

My biggest challenge has really been overcoming my own personal struggles and not getting in my own way. Having reflected on this frequently over the last few years, I have come to the realization that it took me a long time to catch on to basic life things. Fiercely independent, I struggled to focus and couldn’t stay too long in a structured environment, perhaps even self-sabotaging. The best thing about starting my own company has been I don’t need to have a structure where I don’t want it. Sometimes the chaos just works for me, and as a person with lists, I always get the work done.

Alright – so let’s talk business. Tell us about December 9th – what should we know?
I started December 9th with a small idea. That I wanted to work with artists and build a company I was proud of that honestly did good for artists and their careers. Seems like a simple concept, right? The thing is, it seemed to me when I was looking around that there was a surplus of companies taking advantage of artists, and of artists who felt taken advantage of. I knew that whatever it was I was going to create had to be different, and it had to really work for artists.

At the beginning, I took on a single artist client and worked to support him as his “manager.” We worked together to launch a new website, build social media growth, and convert his originals to a print program. I assisted in applying for shows, outreach for new opportunities, and sometimes just standing behind him to help make larger deals happen.

As the company grew, I began taking on artists for work-for-hire opportunities that were being passed my way. Today, I work to help artists earn custom work and commissions, sell existing collections and host unique exhibitions. My love for events hasn’t entirely died, and putting on creative pop-ups satisfies the old event planner side in me.

As far as artists go, we work with artists of all types and focus within street art and graffiti. Back in my early days at art school, I remember staring at the graffiti out of the school window and having a debate with someone about whether or not it was art. This was before the graffiti scene blew up, of course, my interest in it has never faded.  That said, I mostly try to find artists and artworks that I love, with this being a guiding principal for my company. I want to support people I like, and sell work that I love because it’s easiest to believe in and stand behind.

Any shoutouts? Who else deserves credit in this story – who has played a meaningful role?
Going back to some earlier comments, I’ve had a few in my career who have been helpful in guiding me. Early on there was Bruce, and maybe the first who saw anything in me. I’m not sure why he put up with all of my shenanigans, because I was young and there were a lot of them. Looking back, I think he must have seen something good come out of the work I was producing, and he was kind enough to help pull it out of me. I can’t thank Bruce enough for recognizing something was there, and for not firing me all of the times he undoubtedly should have.

Down the road there was John. John was a business strategist and seemed to have a lot of people around that looked up to him. He pushed me to produce my best work when I wasn’t even aware I was under-producing. John was the kind of mentor who pushed me, even when I didn’t know I needed pushing. He saw great things in me, I knew he did, and he helped me to pull even more out. To this day, I use John’s advise in guiding my new company. I think about many lessons I learned from John, the easy and the harsh, and feel I have gone further because of his guidance. 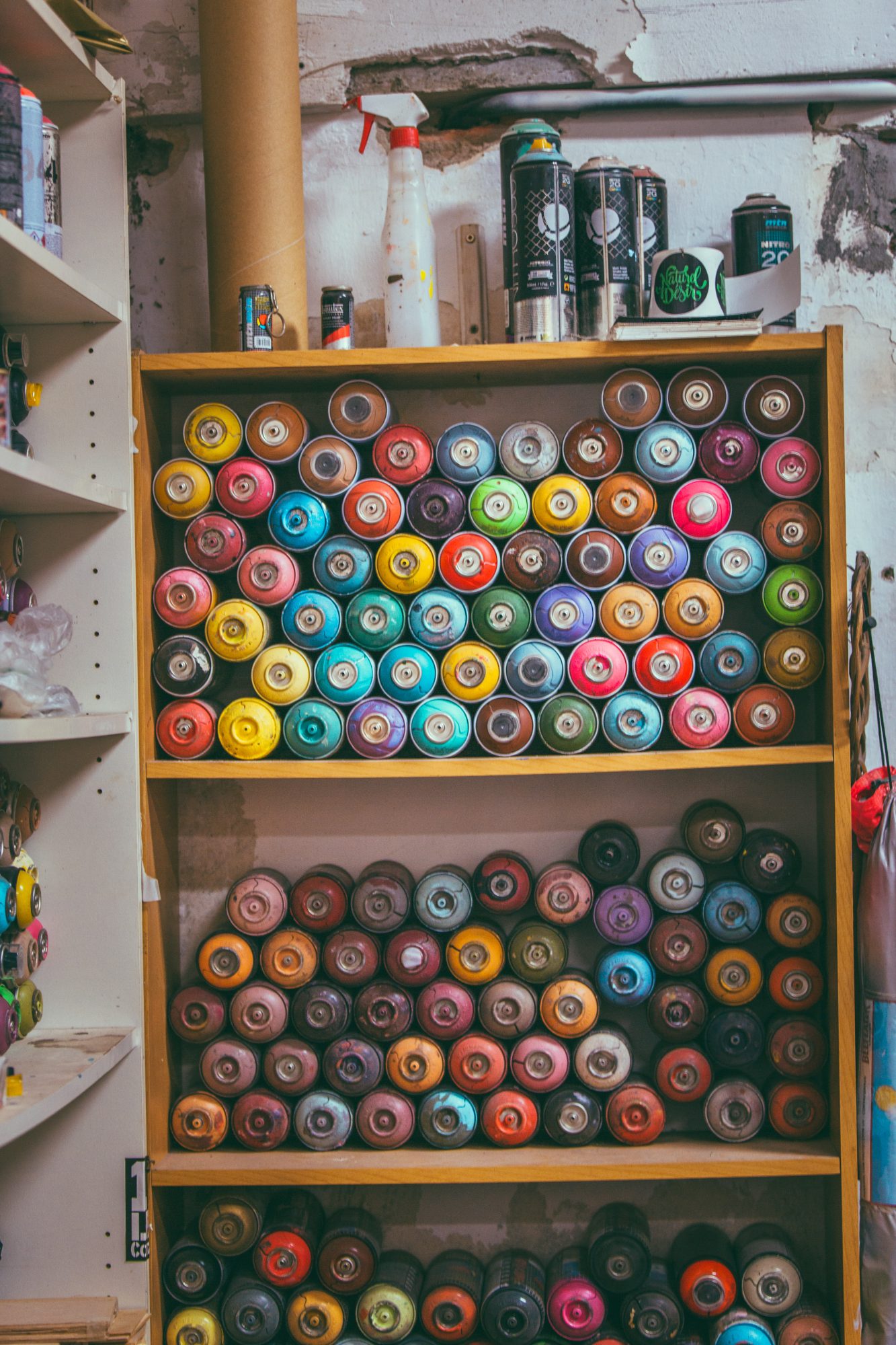 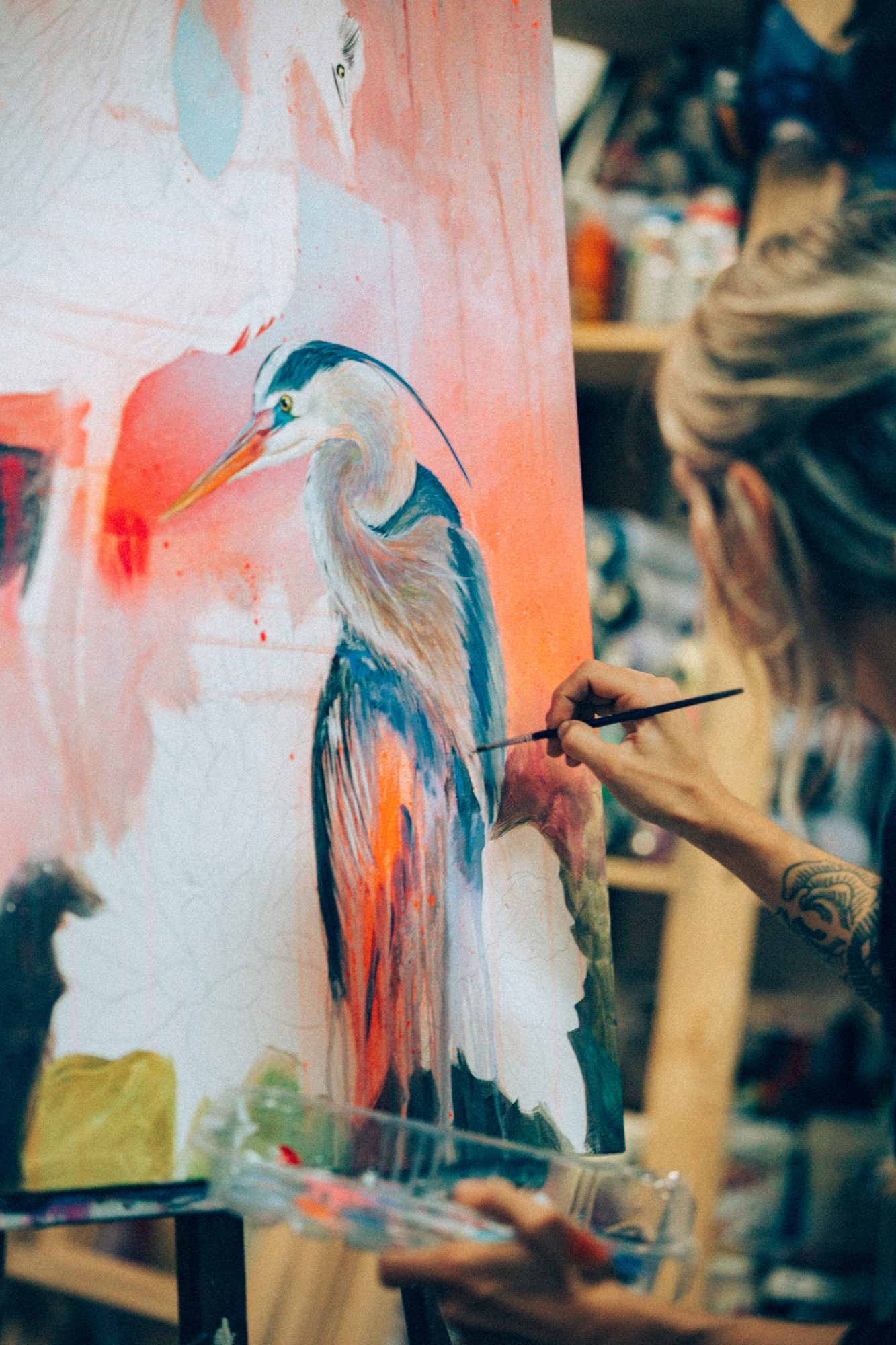 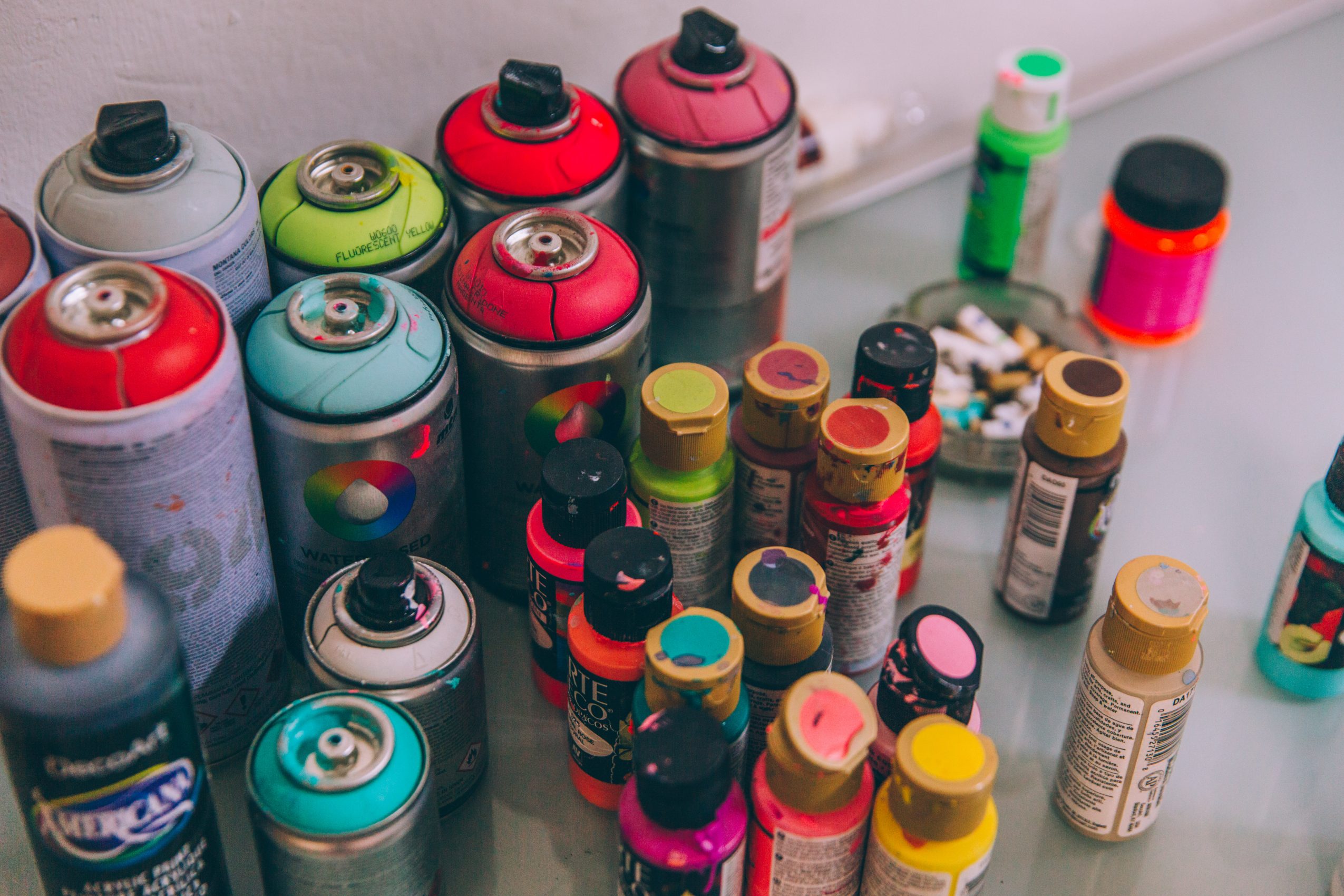 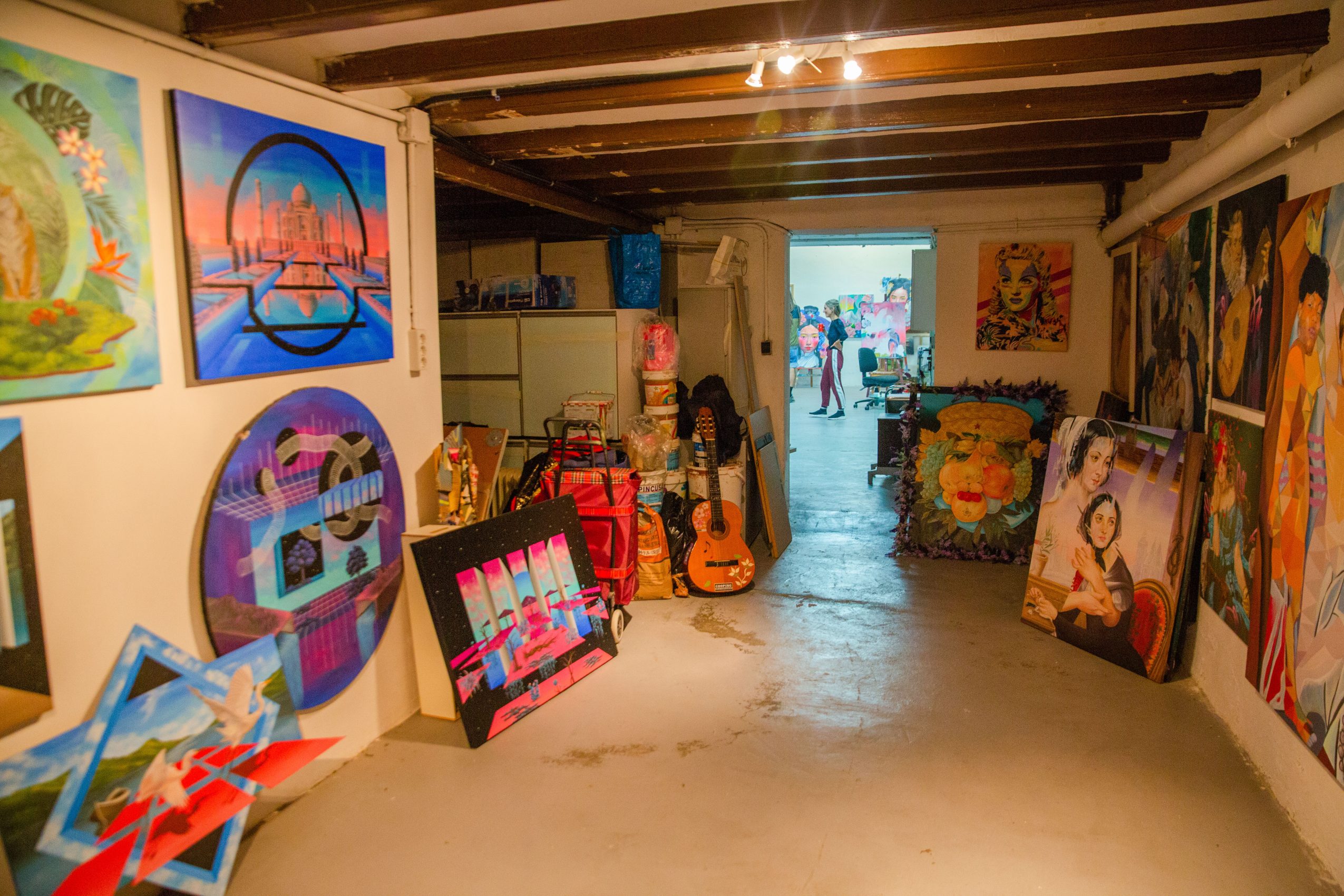 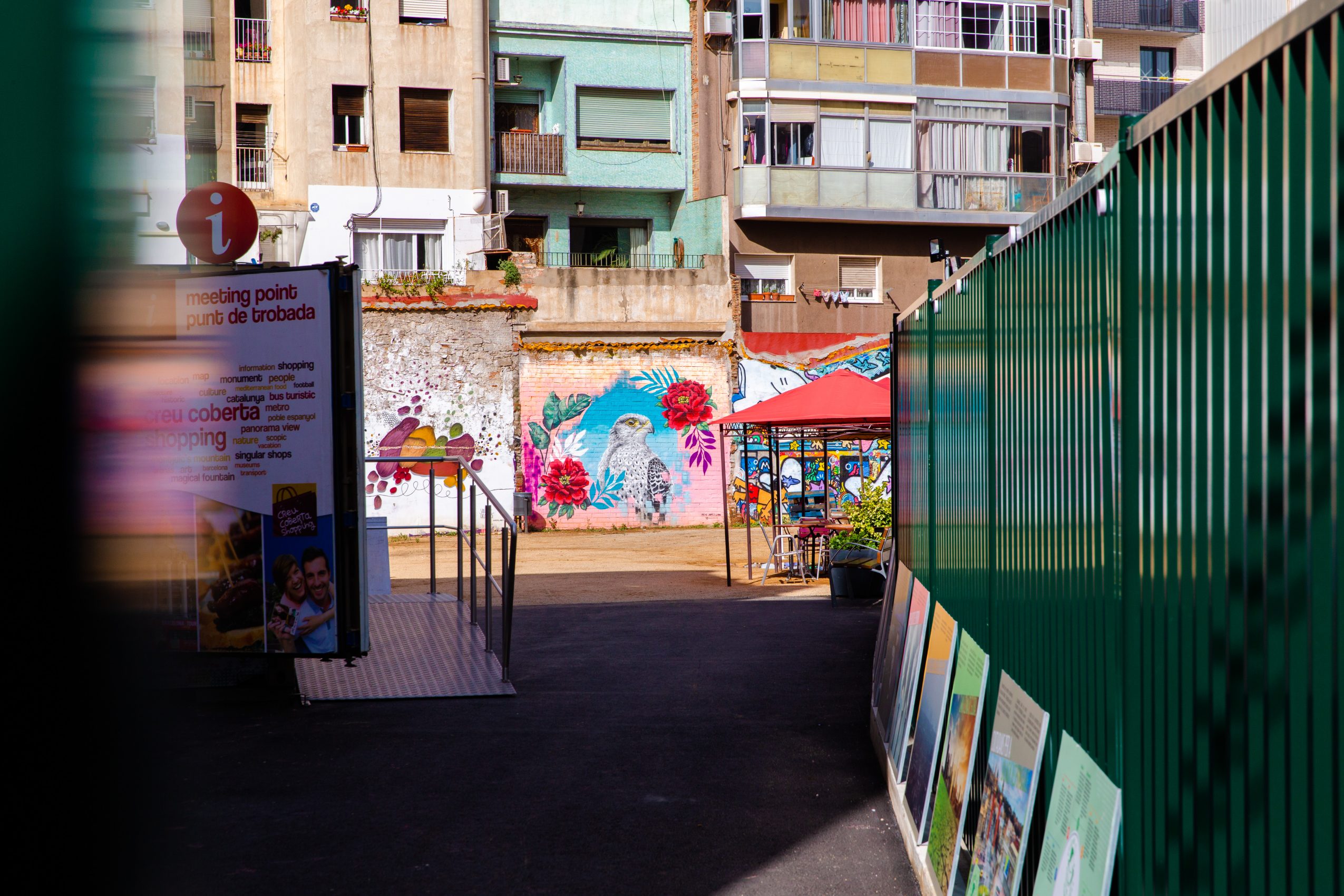 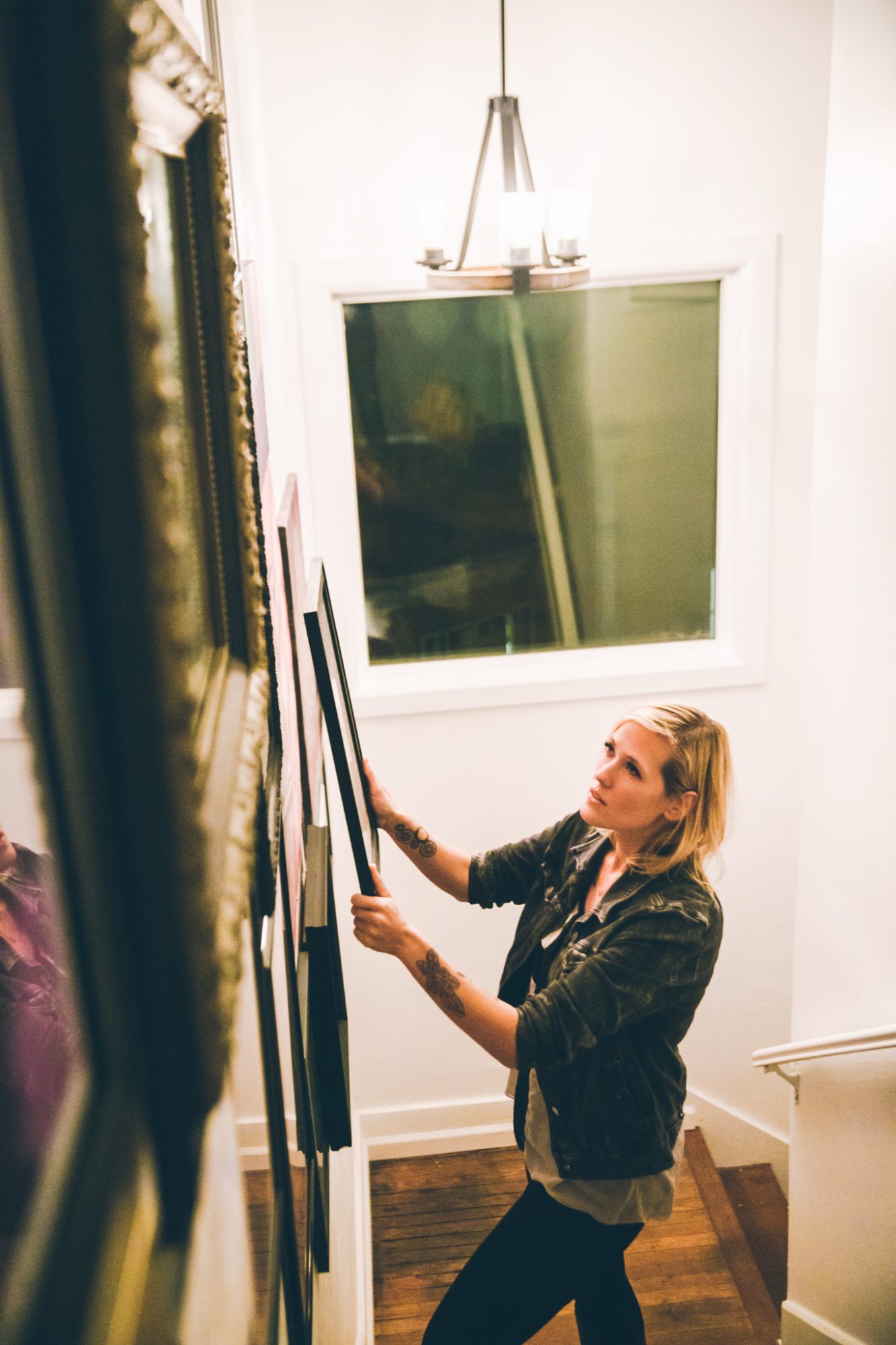 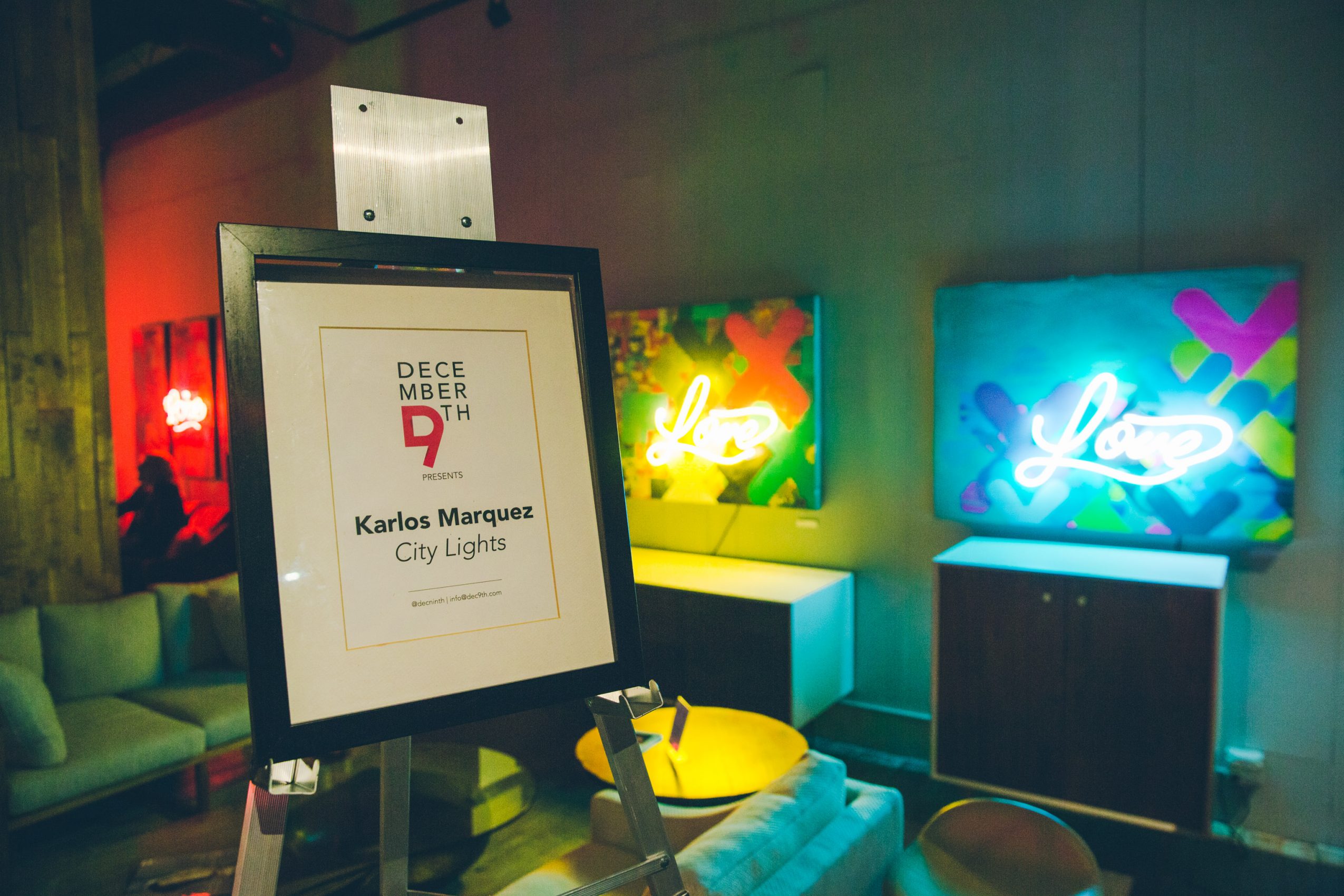 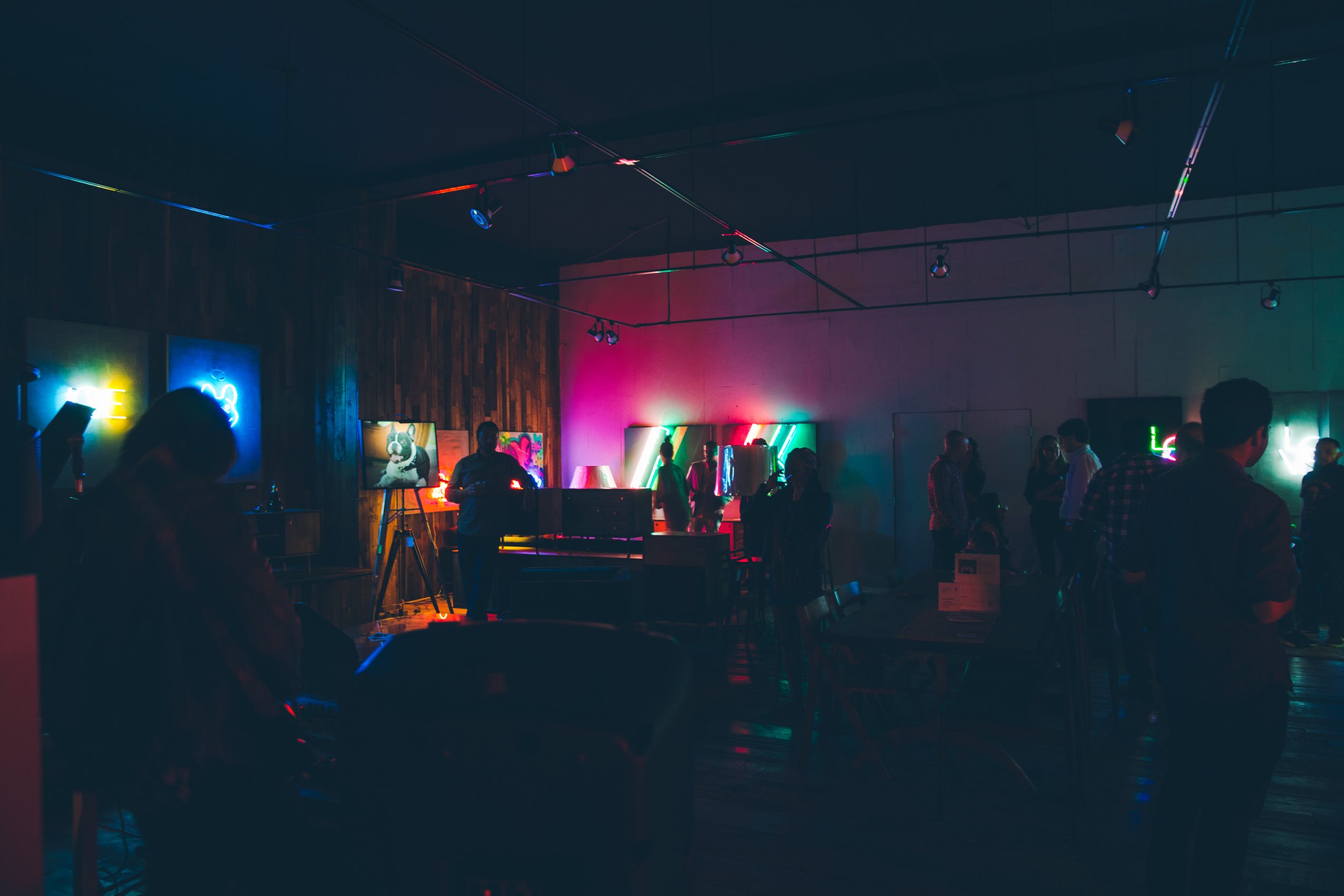 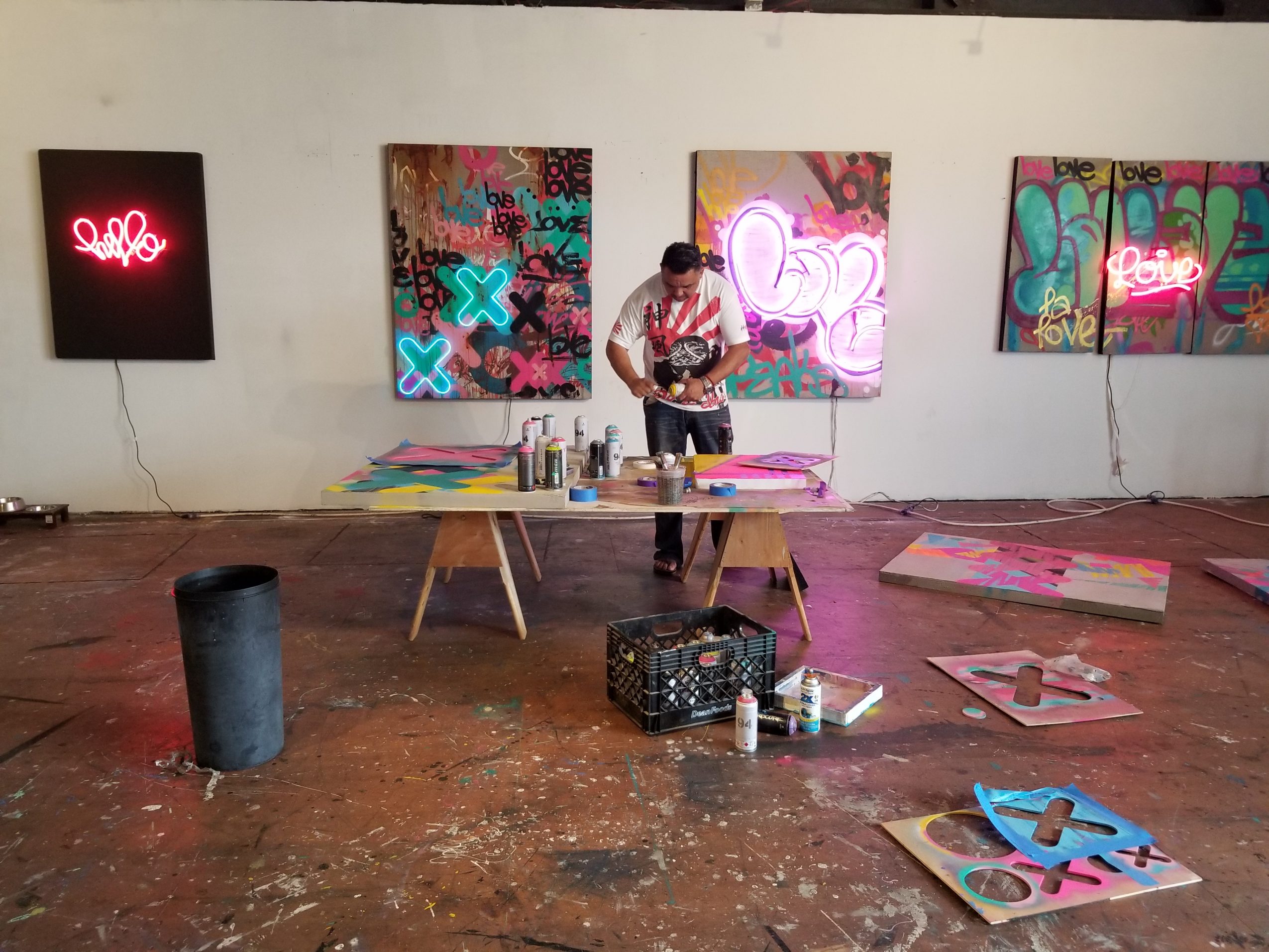