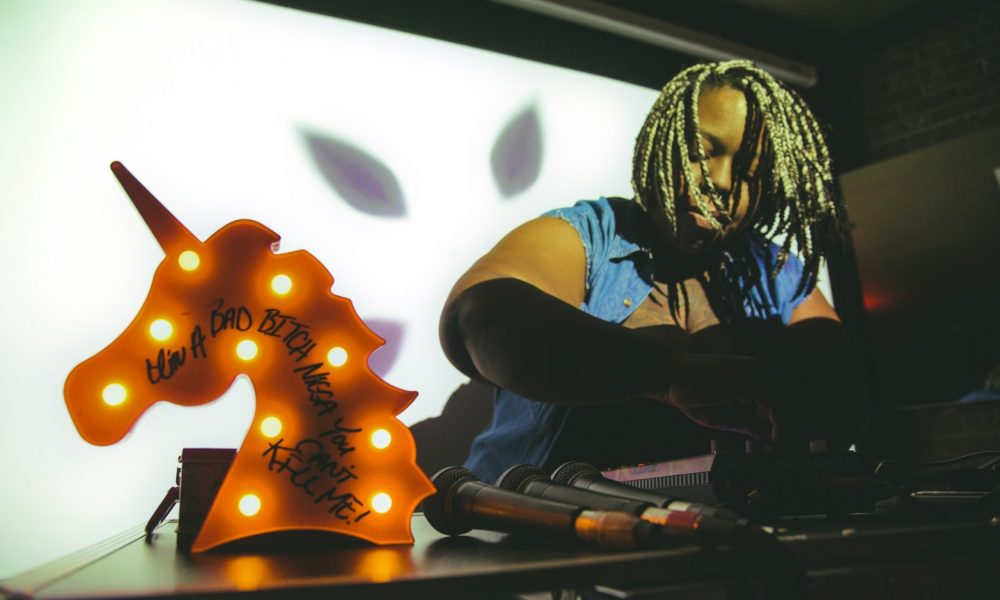 Today we’d like to introduce you to Mo Love.

Mo, please share your story with us. How did you get to where you are today?
I was born and raised in Inglewood/South LA. In my very early years, I always loved drawing and painting. My mother put me in art classes at age five. I loved creating. I was obsessed with bringing my imagination to life through art. Whether it was a picture I drew of monster flowers or a sci-fi short story about aliens in the hood, it was the joy it brought to me that I created it.

I also had deep love for music. Growing up my mother listened to hella Hip-Hop, R n B and Jazz. I got into artists like Missy Elliot, Miles Davis, Pete Rock, J Dilla, Dave Koz, Aaliyah, Mary J. Blige just to name a few. As I got into my teens, I started to get into other genres electronica, punk and noise. Artist like Merzbow, The Casualties, Sonic Youth, Bjork, Blonde Redhead, The Blood Brothers.

I had a bunch of friends that played in punk bands while in high school. I’d come over when they rehearsed. I was so eager to learn how to play. I sucked ass on the guitar and instantly tried out doing vocals. I got into growling and screaming vocals for a few of the homies bands.

Fast forward to 2005, I started my own art collective, began to create logos, paintings and custom commissions for people. I also made handmade items, tote bags, fanny packs, hair accessories. I had my son in 2006, I still was very interested in making music. I came across a DAW (Digital Audio Workstation) called Fruity Loops (FL Studio). I was easily intimidated by it and had no idea where to begin, so I stopped trying to use it. Few years later, I began doing art vending events (Low Brow Rock n Roll Art Show) at local bars in Downtown LA.

In 2014, I met a producer who showed me her process for making beats on FL Studio. She also used a Roland SP 404; a tabletop sampler along with the DAW. I was so blown away and definitely wanted to learn more. I began making beats in FL Studio. Another producer pal who was getting rid of equipment blessed me with a SP 404sx. I felt like a mad scientist, it was so gratifying. I eventually started to get more confident with my music. I created a SoundCloud and began uploading tracks. I also got to do a few live sets for former friends music events.

I met a rapper, Noa James and his girlfriend, Lesa J. from the I.E. who run BrickToYaFace. They booked me to perform my first beat set at their event called Common Ground. I was extremely nervous because it was my first time performing for folks outside of friends. Once I got up on the stage all that went away once the music came on. The positive reaction I got from the crowd assured me that this was definitely another form of creativity I heavily wanted to pursue.

2015 I released my first music project called MOONPRISMPOWEREP. It was centered around my favorite anime Sailor Moon. I continue to release tracks under the name iLLIXIE (The Ill Pixie) as well as artwork under BlakMoonArt.

Overall, has it been relatively smooth? If not, what were some of the struggles along the way?
This journey has not been smooth, Growing up in South LA there were gangs, violence and poverty. It always made me sad to see people that looked like me in those circumstances. My mother always made sure to put me in safe spaces where I could be myself and create.

I experienced a lot of bullying during my school days. I was teased because I was into other things that at the time culturally my peers were not into. Things like Anime, rock music, tarot cards and body modifications (piercings) were considered “not being black”. I was called ‘Oreo’, ‘Devil Worshiper and always referred to as ‘trying to be White’ when I was just being true to myself. This made me very angry and sad. I experienced harsh ass racism when venturing off to see bands that I liked in predominantly white spaces. A very large white man threatened to dismember me just for being black at a punk show once. That really messed with me mentally and I just couldn’t understand why he felt that strong to say that to me. All this really confused me. I didn’t feel like I belonged anywhere. I went into periods of deep depression. I even attempted suicide a few times.

Having a baby at 19 years old was also a huge challenge. Here I was still figuring myself out and scared shitless with this brand new baby. I was broke, didn’t complete high school, barely working a job, experiencing domestic violence with the father of my child. I knew I had to do better. My family has been a huge support in helping me raise my son. I eventually got my GED and my AA in Graphic Design later on.

Please tell us about iLLIXIE and BlakMoonArt.
ILLIXIE is my current focus which is beatmaking. I just released a project called SADGRL (Sept 1 2019) is a 5 song instrumental. It is1 out of 3 joint projects I am working on. SADGRL is a series of intimate, wavy and cosmic style beats. Overall, I have been mastering my own sound as much as possible. As well as working on visual content for upcoming music releases.

BlakMoonArt is my art collective. I am most know for my artwork I label as ‘GirlyGore’. It is a cross between very cute, feminine, soft blended with horror and gore. I create alot of themed pieces that are usually inspired by current events, marijuana, erotica, blackness and color moods. Currently developing new products and art pieces that will be for sale in the future.

If you had to go back in time and start over, would you have done anything differently?
Starting over can be challenging but not impossible. I most definitely would have made sure to manage my time wisely. The experiences I’ve had helped mold me into who I am now. Gave me more insight, made me more self-aware. 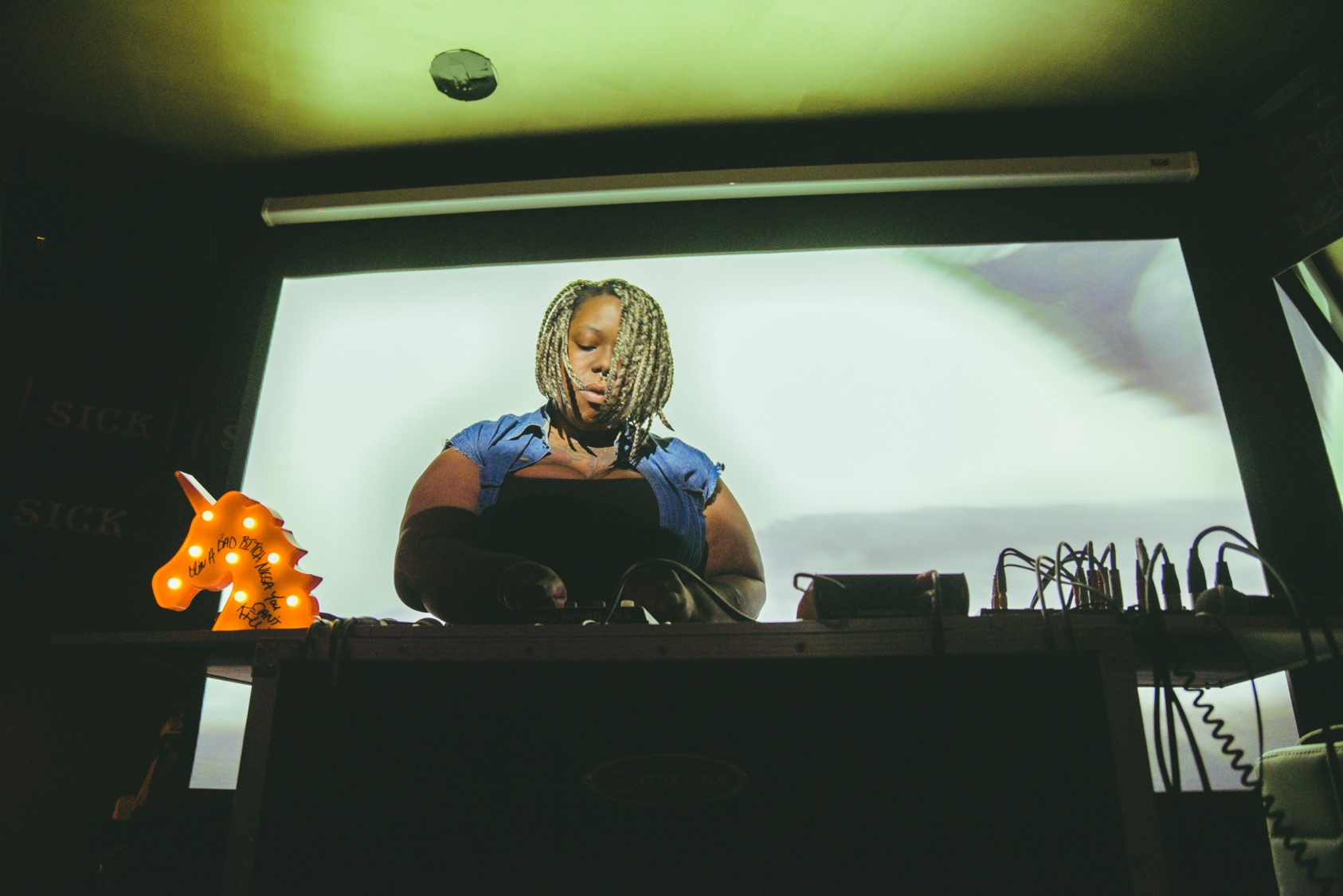 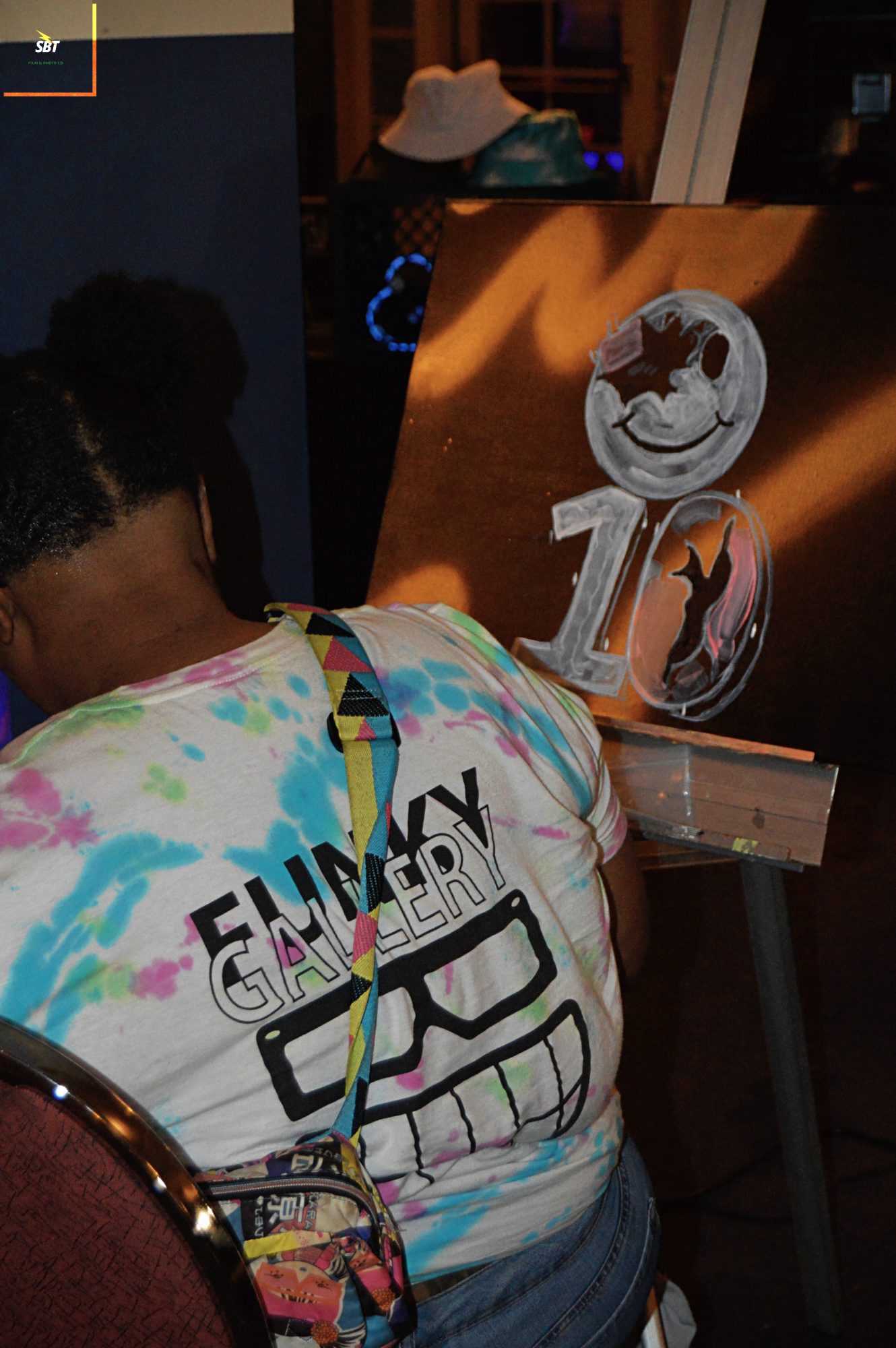 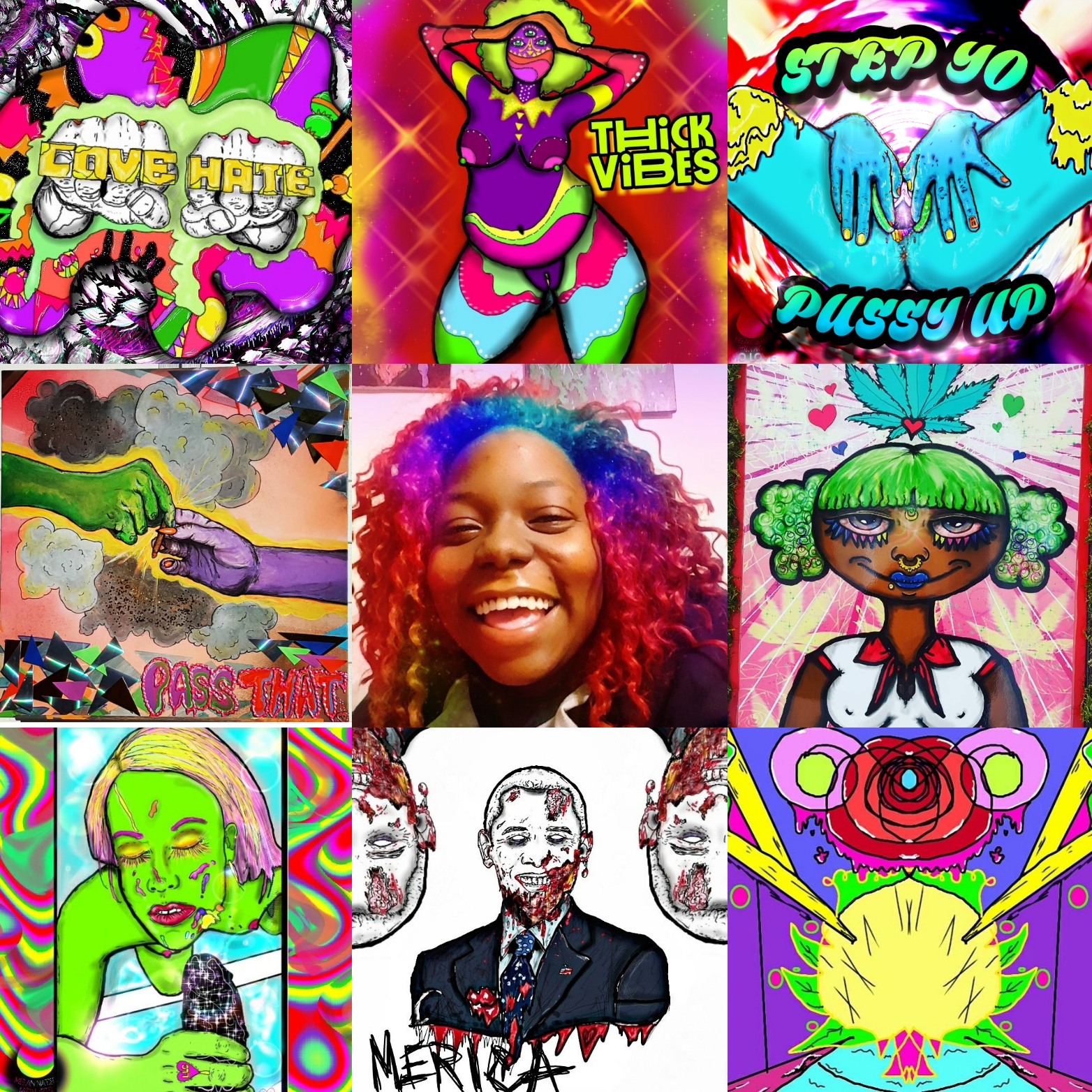 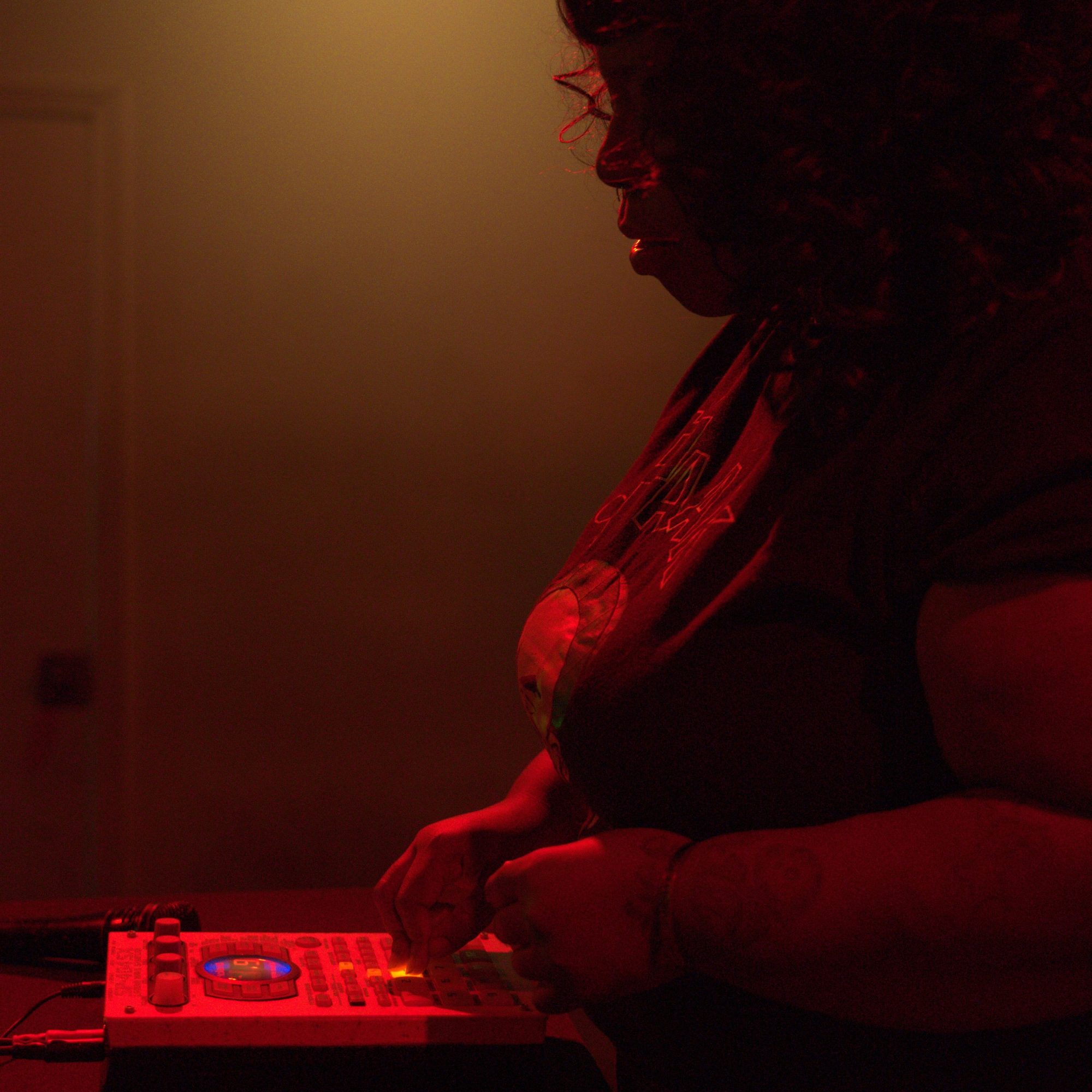