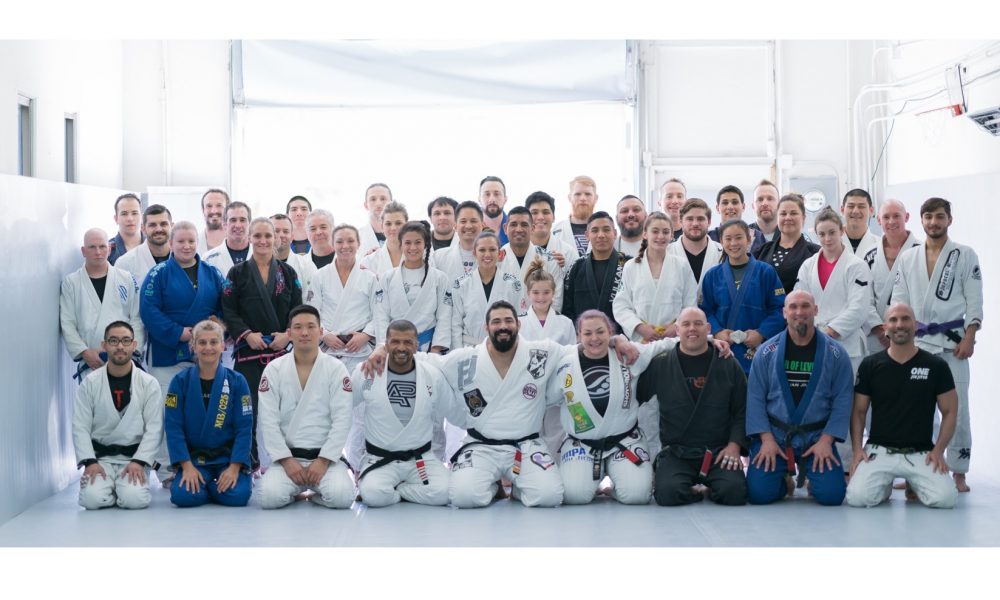 Today we’d like to introduce you to Mo Khayat and Giva Santana.

Giva Santana began his career as a mixed martial arts fighter by winning a 16-man tournament in South Korea. He won all 4 fights in a single night, submitting three of his opponents by armbar. He would later be nicknamed “The Arm Collector” for winning 13 out of his 18 wins by armbar. By 2006, he began fighting in the United States. For the next nine years, Giva was competing as a professional fighter, Jiu Jitsu practitioner while maintaining his role as the head BJJ instructor at Team Oyama. Mo Khayat was a blue belt when he met Giva in 2006 and he continued studying Brazilian Jiu jitsu under Giva, earning his black belt in 2010. Mo later earned his MBA in 2012, which became instrumental in operating One Jiu Jitsu as a business.

In 2015, Giva and Mo decided to open an academy dedicated exclusively to Brazilian Jiu Jitsu. One Jiu Jitsu was formed. One Jiu Jitsu now has 10 affiliate academies across the United States and is looking to open a headquarter academy in Orange County.

We’re always bombarded by how great it is to pursue your passion, etc – but we’ve spoken with enough people to know that it’s not always easy. Overall, would you say things have been easy for you?
One of the biggest challenges is finding quality vendors to partner with. The apparel manufacturing industry is highly fragmented with thousands of vendors in Pakistan and China. Before partnering with someone, you rely on pictures of their work and the conversations you have with them over the phone. It’s very difficult to find good partners with this process. You may order a custom product and once it’s delivered, you find a lack of quality craftsmanship. Often, the turnaround time for these orders is from 3-6 months. Imagine losing 6 months of time with each relationship. If you bite the bullet and sell the product to consumers, you are risking upsetting your members. If you start the process over again, you’ve wasted time. Ultimately, we’ve started the process over several times because we are not willing to compromise our brand. Another option is to rely on established manufacturers to sell their merchandise. But ultimately, you are investing in and marketing a brand in lieu of your own.

So let’s switch gears a bit and go into the One Jiu Jitsu story. Tell us more about the business.
We are a Brazilian Jiu Jitsu academy that offers self-defense and BJJ instruction to all. We are highly inclusive and are fortunate to work with a very diverse clientele: doctors, attorneys, children, soccer moms, and fighters. Everything about us from our facility and philosophy, to the environment that we foster is conducive to positive personal growth.

What sets us apart is that we’ve learned how to capture and market this beautiful art to attract members of the community that have never seen BJJ, or have been too intimidated to try to a class. According to Ibisworld, Brazilian Jiu Jitsu claims only 6% of the market share among martial arts in America. Our goal is to challenge traditional martial arts like Karate (23%) and TKD (13%), and not to fight local BJJ academies for students. When parents want to enroll their kids in a martial arts program, we want them to think of us as opposed to TMAs like Karate and TKD.

Has luck played a meaningful role in your life and business?
We estimate that luck factors in less than 2% of all fortunate outcomes in business. The other 98% is from vision, goal setting, and ambition.