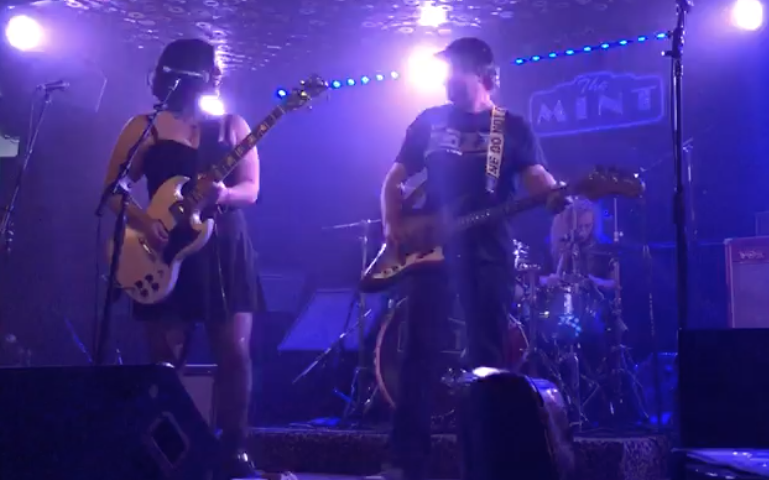 Today we’d like to introduce you to MJ LaVine.

Thanks for sharing your story with us MJ. So, let’s start at the beginning and we can move on from there.
Ever since my childhood, I have been obsessed with music. According to my Granny, it was one of my first words that I would consistently use. When we would get into the car the first thing I would say to her was, “Music!” and I would point to the radio. My dad used to play his guitar for me and my two older sisters every night and every day when he was I work I would stare at his guitar… sometimes I would even jump on the bed with it and pretend I was Paul Simon.

When I was six years old my mom took me to see the Chicago Symphony Orchestra and after that, I was obsessed with wanting to learn the violin. At this time in my life, I was all about “trying new things”, meaning I would sign up for something and get bored, want to quit and do something else. My mom wanted to make sure that this was something I was serious about since it was a rather expensive endeavor. I asked her for lessons for a year before she finally got them for me!

After getting proper instructions on the violin I was constantly trying to pick-up new instruments, teaching myself with whatever I could get my hands onto, and always singing. I played in orchestras and multiple rock bands on various instruments while in high school and college thus, gaining a lot of performance experience. I fell in love with the art of film scoring after I saw Disney’s “Treasure Planet” scored by James Newton Howard and wanted to pursue my career as a composer so, I studied Music Theory & Composition at Harper College and Elmhurst College in Chicago all while majoring as a classical guitar student under the tutelage of Steve Vazquez and Steve Suvada.

Even before I graduated college I knew I wanted to end up in Los Angeles. I started applying for grad-schools in the area and was accepted into California Institute of the Arts (CalArts). So, without ever even visiting California as a state, I packed up my little Honda, Civic and moved across the country from Chicago, Illinois.

When I was at CalArts, I had the opportunity to work with some amazing teachers such as Marc Lowenstein, Miroslav Tadic, Stuart Fox, Karen Tanaka, Ulrich Krieger and more! I really came into my own as an artist, scoring quite a few student animations and films and loving it. But, where I really found my calling was in songwriting and performing as a rock-artist. You see, I had always written songs on my guitar with the intention of it being for a rock group but, there wasn’t really a place for it at the other universities that I studied at. CalArts gave me the opportunity to not only pursue it but guided me on it. I didn’t realize that it was a gift that I thought in song form without even thinking about it until I was at CalArts.

After graduating with my MFA from CalArts in 2017, I started working at Sam Ash in Hollywood and I wasn’t really sure where to turn next as an artist. I started taking voice lessons with my incredibly talented and accomplished friend Fahad Siadat. He also gave me some career/mentoring advice and helped me organize my life so that I could release an EP and start performing out regularly at clubs/venues in Los Angeles.

Great, so let’s dig a little deeper into the story – has it been an easy path overall and if not, what were the challenges you’ve had to overcome?
It has not been a smooth journey. There have been a lot of obstacles throughout the way some that I am still working through. Professionally, there’s always the issue of finding venues to play at and working out scheduling with the band is a daily challenge. Dealing with booking agents that want you to “pay-to-play” but they try to disguise it as “pre-sale tickets” is also a constant.

I have been blessed to work with some of the most talented musicians and people that I have ever met but, because they’re so talented, they’re not always available or committed to the project. -However, that is more of an issue that I have dealt with in the past. Personally, over the summer I developed a lung infection that made it very difficult to breathe and sing. Although it’s a lot better now, I am still dealing with some remnants of that infection.

Mental health is always a constant. I personally believe that everyone should always check in with themselves to make sure that they’re getting the things they need, for example, therapy, rest, self-care, etc… That way, they’re not overworked, overstressed, depressed, anxious, and/or self-doubting. Life can put you into scary situations that you can overcome but, making sure that your mental health is good can make those scary situations a lot more easy to work through. Financial responsibilities professionally and personally are always a challenge. That challenge also presents the challenge of a work/life balance.

Can you give our readers some background on your music?
As a musician, I always strive to write something worth listening to, I put my own color and heart into it. As a punk/rock/alternative artist I tend to write up-beat music with snarky and relatable lyrics. I often describe my music as an original combination of alternative, pop/punk rock infused with a touch of European punk rock attitude.

As a performer, I always try to relate to the audience and give them a good time. I’ll often encourage the audience to dance along, clap their hands, or even sing with us. The music is supposed to be fun, even if it’s a hard truth to swallow or you’re feeling angry or sad.

What moment in your career do you look back most fondly on?
That’s kind of a tough question. I have had the opportunity to be apart of a lot of cool projects even outside of my own original music. Working with my friend Gwenmarie White on her thesis project called “Skjemt Blod” was definitely a cool one, She put together an all-female black metal band where I got to play guitar and have my face “Black Metal Glamoured Painted”. it was also where I met my current drummer, Amanda Sciulla.

Playing bass with my other friend Leila on her project called “Love Underwater” has also been a blast. We had the opportunity to play a few cool shows including one at the legendary Troubadour. Anyone of the animations that I got to be apart of by scoring the music is a huge honor and accomplishment in my book.

For myself, with my project personally, any show that we get to play is a proud moment but, putting out the EP and doing a release show back in May at ArtShare LA was definitely a big one! Somehow, I managed to book the space, advertise the show, book some really cool bands like Cilience, Laugh Queens and Crash Overcast. Together, we all put on a pretty cool and successful show. 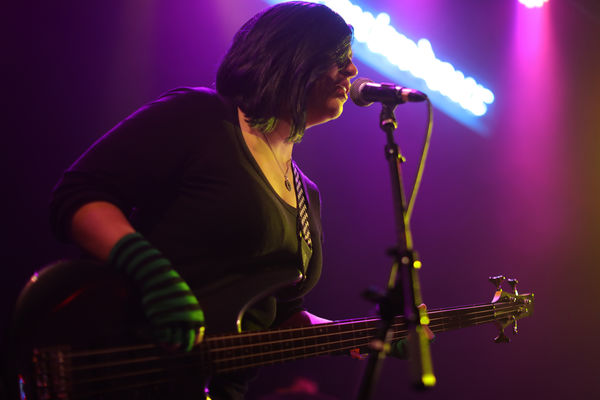 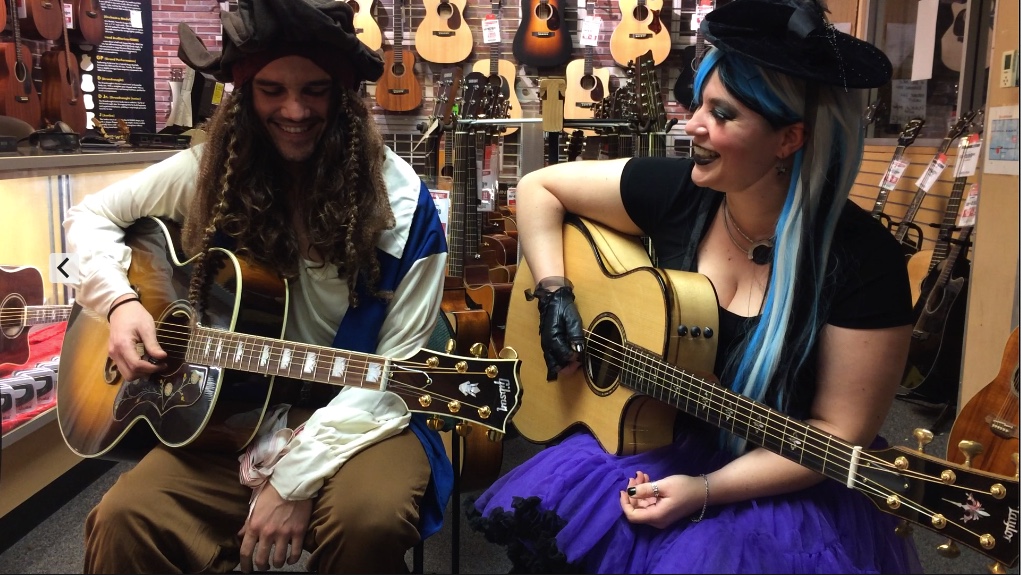 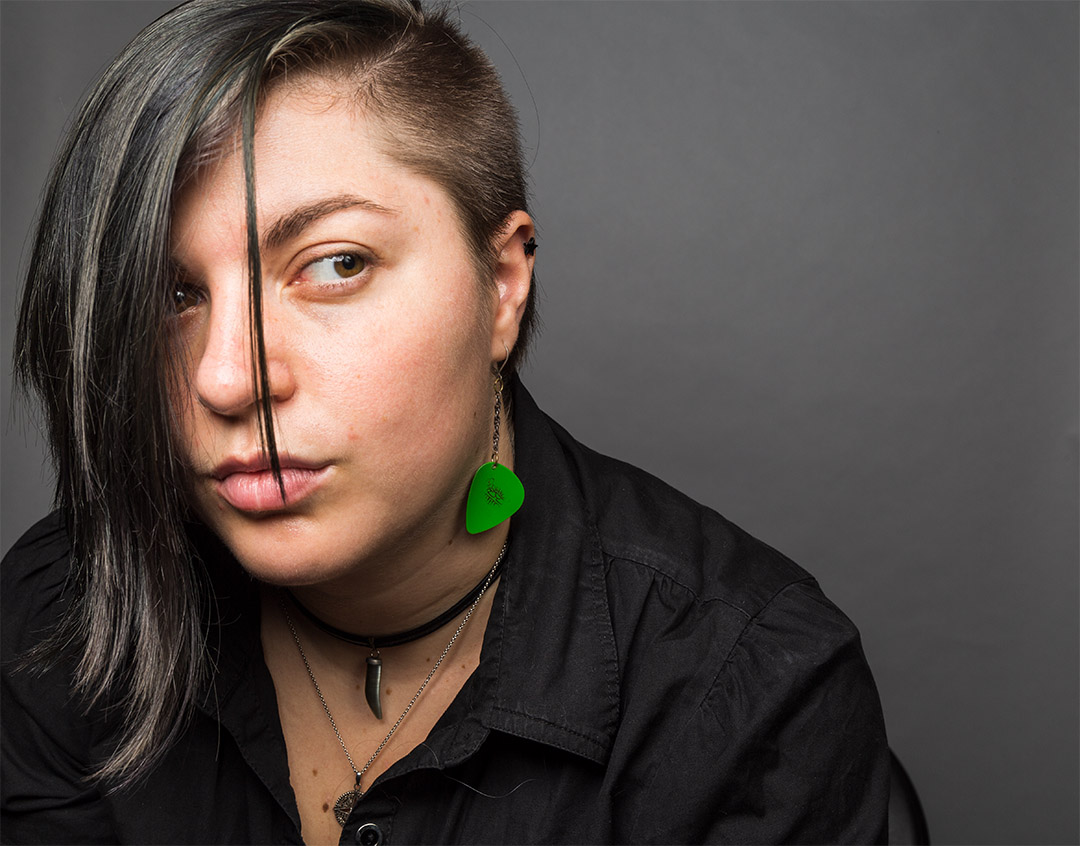