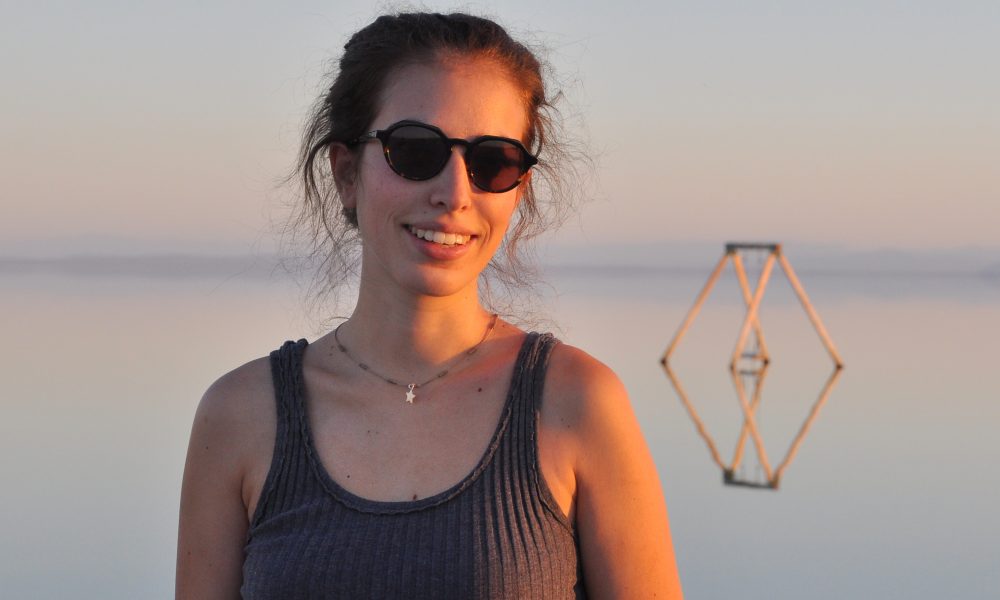 Today we’d like to introduce you to Mireia Vilanova.

Thanks for sharing your story with us Mireia. So, let’s start at the beginning and we can move on from there.
I am a Barcelona-born, LA-based producer and I have loved movies for as long as I can remember. Some of my earliest memories are of watching Old Hollywood movies with my grandfather in Barcelona, some of which I was much too young to understand and being mesmerized by the magical worlds on the screen, so different from my reality. I am a firm believer that people react to entertainment in an emotional and sometimes irrational way that can’t really be described in words. I believe that it was in fact this irrational love that made me make the boldest decision of my life at 13: Pursue a career in the movies. The reason behind it was that at that age, while my friends were obsessed with the likes of Justin Bieber, I became a Meryl Streep fan, and discovering her movies opened a new window into contemporary cinema that I had never explored. But growing up in Barcelona, that wasn’t a very realistic dream, but I persisted because I knew there was nothing else in the world I would rather do. In fact, as a producer my goal is to create art that inspires the same feelings in people.

In undergrad, I studied Audiovisual Communication at Pompeu Fabra University in my hometown, and while there, I worked relentlessly to gain experience in my field, which wasn’t easy. But after PAing on a season of Quina Penya, a show aired on Barça TV, FC Barcelona’s television network, I was offered a producer position, which allowed me to produce the following season of the show, as well as another project, all while still going to college. At the same time, I worked in theatrical distribution, experiencing first hand the end of cinema as we knew it and the rise of streaming platforms. But most importantly, during that time, I was able to study abroad at UCLA and work as an intern on my first Hollywood project, The documentary The Beatles: Eight Days a Week – the Touring Years, directed by the legendary Ron Howard. Upon returning to Barcelona, and with graduation in the horizon, I knew I had to find something steady, which is why I took a detour and spent time working in sports communications. But I always knew I wanted to come back to LA and get a Master’s Degree, so I applied to the La Caixa Fellowship, one of Europe’s most competitive full-ride scholarship programs, and that dream became a reality.

Thanks to that scholarship, I was able to enroll in the prestigious Peter Stark Producing Program at the University of Southern California, a two years crash course in producing, development, distribution, finance… among other aspects. At the same time, I gained professional experience in companies such as AG Capital, Lionsgate, Anonymous Content or Gaumont, while producing multiple projects on the side.

Now, after graduating, I am a Distribution Coordinator at the independent studio Entertainment One, and continue to produce, hoping to do that full time in the near future. I currently have four projects which will soon begin the festival circuit, three in post-production, including the documentary feature Els 14 del Portal, about police corruption in Barcelona, and I am developing my first feature film, Two Sisters, written by acclaimed Catalan filmmaker David Moragas, which was selected for the 2019 NYU Purple List and won the 2020 Robert S. Ferguson Motion Picture Marketing Award. So much has changed in the past decade, but my goal is still the same: Make content that can inspire others in the same way it inspired me.

Great, so let’s dig a little deeper into the story – has it been an easy path overall and if not, what were the challenges you’ve had to overcome?
Growing up in Barcelona, wanting to pursue a career in entertainment was never an easy goal. Unlike other European cities, Barcelona isn’t an entertainment hub and opportunities were scarce. But I persevered by making the most of every opportunity in film or television and eventually made the decision to take a detour in order to have financial stability. When I returned from my stay in Los Angeles, I was offered a Head of Digital Media position at the 33rd LEN European Water Polo Championships Barcelona 2018, the biggest European water polo event of that year on a global scale. At 21, this was a very exciting job and I am very proud of the work I did there, especially being so young, and I now realize that it may have been easier to stay on that path and work in that industry, but it wasn’t what I wanted, which is why I made the sacrifice of leaving my town and my family and move to the other side of the world to fight for my dream.

We’d love to hear more about your work and what you are currently focused on. What else should we know?
In addition to my full-time job as a Distribution Coordinator, I continue to pursue my life-long dream of becoming a producer. I am currently focusing on short content and documentary while I prepare to take the next big step in my career and produce my first feature film. As a producer, I have always been interested in young creators with unique voices and stories, and this is the type of content that I want to champion moving forward. I am very proud of the work done so far: From the short film Road Dogs, directed by Victoria Peralto Cruz, based on the director’s experience in foster care, to Tiro Dominical, by Pablo Riesgo, about three Spaniards in the 70’s getting in trouble in the United States, Inter Nos, directed by Irene Gil Ramon, about the boundaries of communication, Els 14 del Portal, a documentary feature about the Can Vies scandal of 2014, or Of Hearts and Castles, an LGBTQ short written, directed and produced by Ruben Navarro, which has a very promising festival circuit ahead. Filmmaking is such a powerful tool, because it has the ability to reach people around the world and shape our perception of reality, and it is my goal to use this power and privilege in a responsible way.

Is there a characteristic or quality that you feel is essential to success?
A producer does not truly have a finite job description. One needs to be a jack of all trades and adapt to all kinds of situations. I believe that this is the most important quality one needs to have. I have spent my career trying to master every aspect of the business, from development to production, marketing, finance distribution… And there is still so much I need to learn!

But I believe I owe most of my success to my perseverance: There isn’t just one path to becoming a producer and hard work may take years to come to light. I started this journey over ten years ago and it would have been so much easier to stop and move on to something else. And this is also what happens when trying to produce content, not everything works out from the start, and every project may take years. But waiting and continuing to fight, as cliche as it may sound, is always worth it. 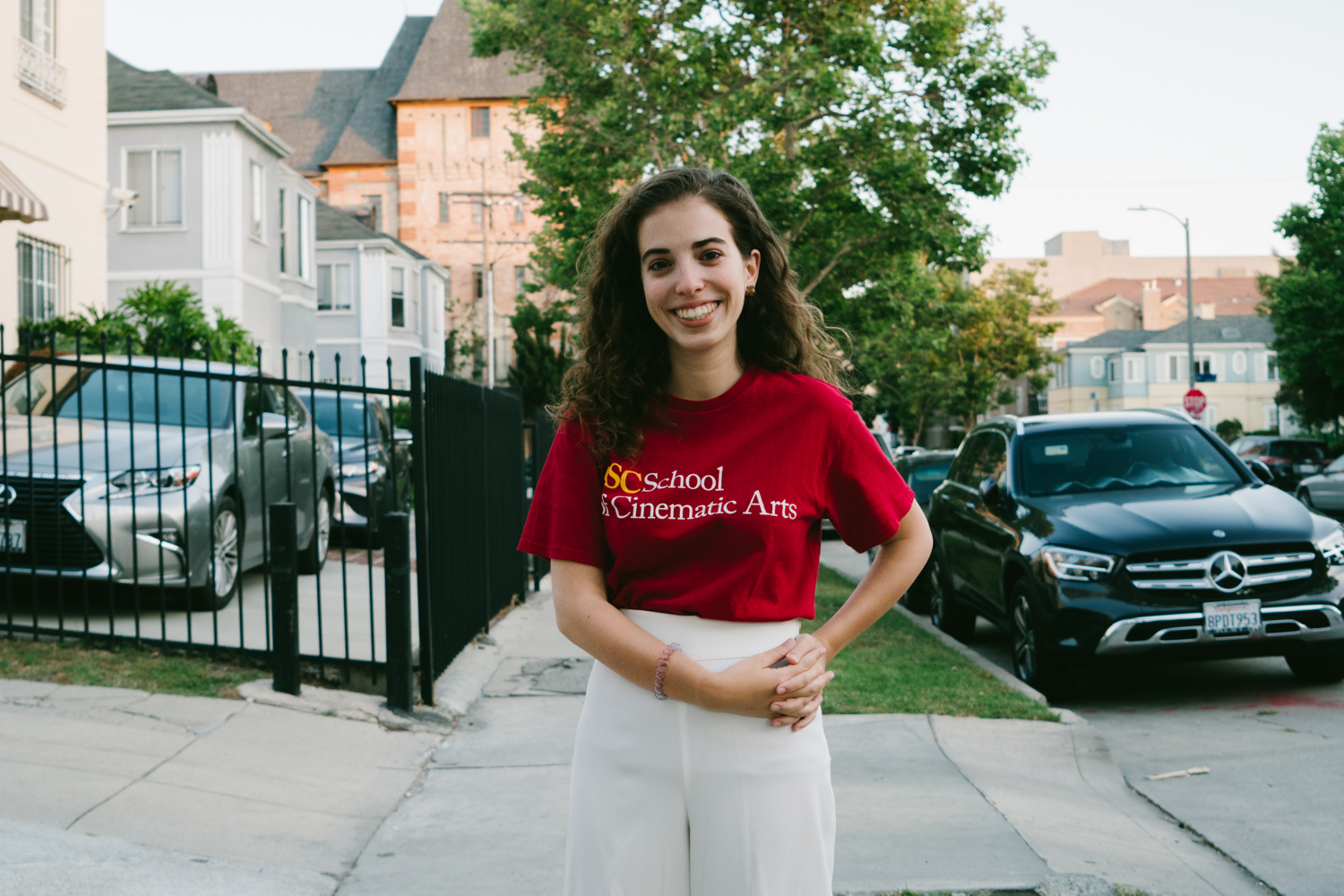