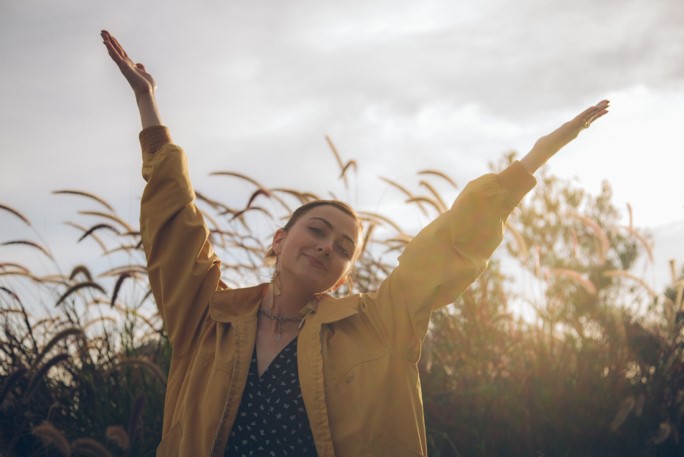 Today we’d like to introduce you to Miranda Rae Hart.

So, before we jump into specific questions about the business, why don’t you give us some details about you and your story.
I was born in New York’s frigid capital (Albany, shoutout). I grew up in a multicultural (Puerto Rican on my mom’s side and Irish on my dad’s side) household that influenced me to look at all sorts of art and films. My mom grew up in New York City in the 70s and loved showing me Spike Lee movies like ‘Crooklyn’ and my dad was obsessed with the playfulness of John Hughes movies. I pretty much knew at an incredibly young age that I wanted to be a performer from watching films tirelessly and going to shows with my parents.

I think starting at age three, I asked my parents if we could move to Hollywood, but they had their own careers to worry about, and the entertainment world was completely foreign to them. So, naturally, I did all the community theater I could while still being a total stickler about grades at school (my mom used to be a teacher, and so are all my aunts, so academia was IMPORTANT). I dreamed of going to Yale School of Drama or NYU Tisch. I had diary entries about it since maybe second grade? I wanted to be like Meryl Streep or Daniel Day Lewis. A real serious actor!

But, somehow, every play or musical I auditioned for I was cast as the comic relief. At first, I was offended (why weren’t people taking me seriously!) then I totally embraced it. Making people laugh is magic. I played old ladies, little boys, butchers, cockney mice– basically, everything but the classic leading lady role. I eventually got into NYU Tisch.

And instead of sticking around, I left at age 19 and moved to LA to act and write. I thought if I was going to do this then why wait? I felt empowered enough to take matters into my own hands. I didn’t want to wait for permission. Being a teenager planning to move across the country alone, people had their doubts, but I didn’t. I knew what I wanted! Four years later, I’m acting, writing, and doing comedy in the city where it all happens!

Great, so let’s dig a little deeper into the story – has it been an easy path overall and if not, what were the challenges you’ve had to overcome?
It hasn’t always been easy. Doing anything in the arts feels aimless at times. You wonder why am I doing this? Am I selfish? My family is 3,000 miles away! I might as well be in another country! Los Angeles felt like another universe from upstate New York at first. I think I have cried over being homesick one hundred million times.

I grew up in a very tight-knit family. Most of my cousins and grandmother lived one mile away. I was surrounded by support, and then suddenly I was completely alone in a sprawling city of people trying to do the exact same thing as me. There was a death in the family my first year out here, and I couldn’t fly home to be at the service. I think that was one of the hardest things… realizing there were pivotal moments that I was going to miss.

I also struggled with being so young and not doing the conventional thing of finishing school. My friends were studying practical things like economics and taking semesters abroad in London. I was working retail in the Sherman Oaks mall (shoutout Westfield Fashion Squares everywhere) while trying to get representation!

I had to learn the hard way that this journey can be lonely, isolating, and not even close to glamorous. I’d be lying if I didn’t ever consider giving up but as time passed and I found a community of like-minded people and creators– things became easier, and LA became home.

We’d love to hear more about what you do.
I’m first and foremost an actor, but I take a lot of pride in creating my own material which is where writing and improvising come into play for me. I have trained at the Lee Strasberg institute as a method actor (honestly, it was all a bit too intense but great training). I then lightened up and studied at the Upright Citizens Brigade and polished my improv and sketch comedy skills. I’d like to think of myself like if Reese Witherspoon had a demented brunette little sister with a playful sense of humor.

Last year, I acted in a series for Tyler The Creator’s Golf Media app called ‘Channel 39’ where my character breakdown was described pretty much in that way. Except, they added Cher from ‘Clueless’ as a reference point whose energy I also identify with on a spiritual level. I showed up to the audition in a plaid skirt and cropped sweater– it felt right. The show welcomed improv, so it was the perfect fit. Improv is a dream come true for an actor/writer because it truly combines both mediums.

I was also lucky enough to be put on an Upright Citizen Brigade house team last year and only further fell in love with the craft of it. I still perform at a variety of shows there and independently with my teams: Daddio, Moonboy (an amazing all-female team), and Mad Cases. My team Daddio has been hosting ‘The Jt Show’ at the ‘Clubhouse’ theater in Los Feliz for over two years. It’s a staple there now.

We have four life-sized Justin Timberlake cutouts that the best improv teams in LA do improv with while disco lights go off in between people’s sets. It’s an improv show in a party environment. We’re really proud of how we’ve grown the show as producers. We’ve had performers like Natasha Rothwell from ‘Insecure’ do a set there, and she’s just standing up there with all our Justins! It’s an incredible thing to watch. I also have a sketch team called ‘Little Sister’ that I do with my writing partner Alyssa Sabo.

We are really character heavy. We love going down the rabbit hole of characters and weird relationships– that’s where we get a lot of our comedy. She had this male standup comedian character, and I said: “what would his number one fan be like?” And so, her character Danny and my character Kyle (Danny’s seventeen-year-old number one fan) have this love-hate relationship that’s really tender but mostly outrageous. Sometimes it feels like we get booked more on shows as Kyle and Danny then we do as Miranda and Alyssa. But we’re pretty much okay with that!

That’s what’s so freeing about being characters, they become these living breathing people that you can just slip into for a night. I also do an Audrey Hepburn character around town which I love because I have a fascination with starlets of yesteryear. They lived very strange, almost demented lives. I like to unpack the comedy in that. I’m also currently in the early stages of writing a play about twisted ex Disney hosts with my writing partner.

Back in November, we put up a one-act play about our friendship– it was super meta and weird playing myself and staging recent events. But we really wanted to explore the beauty and humor in platonic relationships. Other than producing improv shows, writing plays, and parading around town as a seventeen-year-old comedy fanboy and a deranged version of Audrey Hepburn– I just finished filming my first feature ‘Mondo Hollywoodland.’

It’s an experimental film that’s based on the seventies documentary film MondoHollywood. It’s very trippy, and I got to work with some great people. Lastly, I’ve been writing articles for a Southern California magazine called ‘The Fullest.’ I like that in Los Angeles, you can be a jack of all trades and it’s not seen as weird– it’s embraced.

Do you look back particularly fondly on any memories from childhood?
My favorite childhood memory is sort of a collection of memories of my grandmother hosting book clubs in her attic for my extended family. She allowed the kids to name the book club and we settled on ‘Chimps in the Attic” or the C.I.A. It was so interesting to hear what books my relatives (of varying ages) would bring in. It would say a lot about that person. It tickled my curious side. 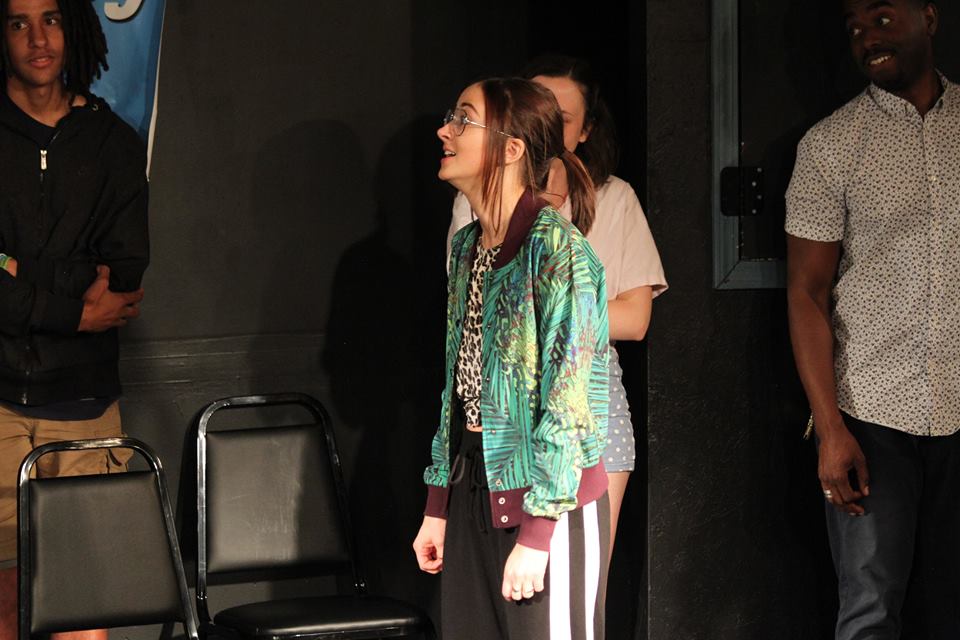 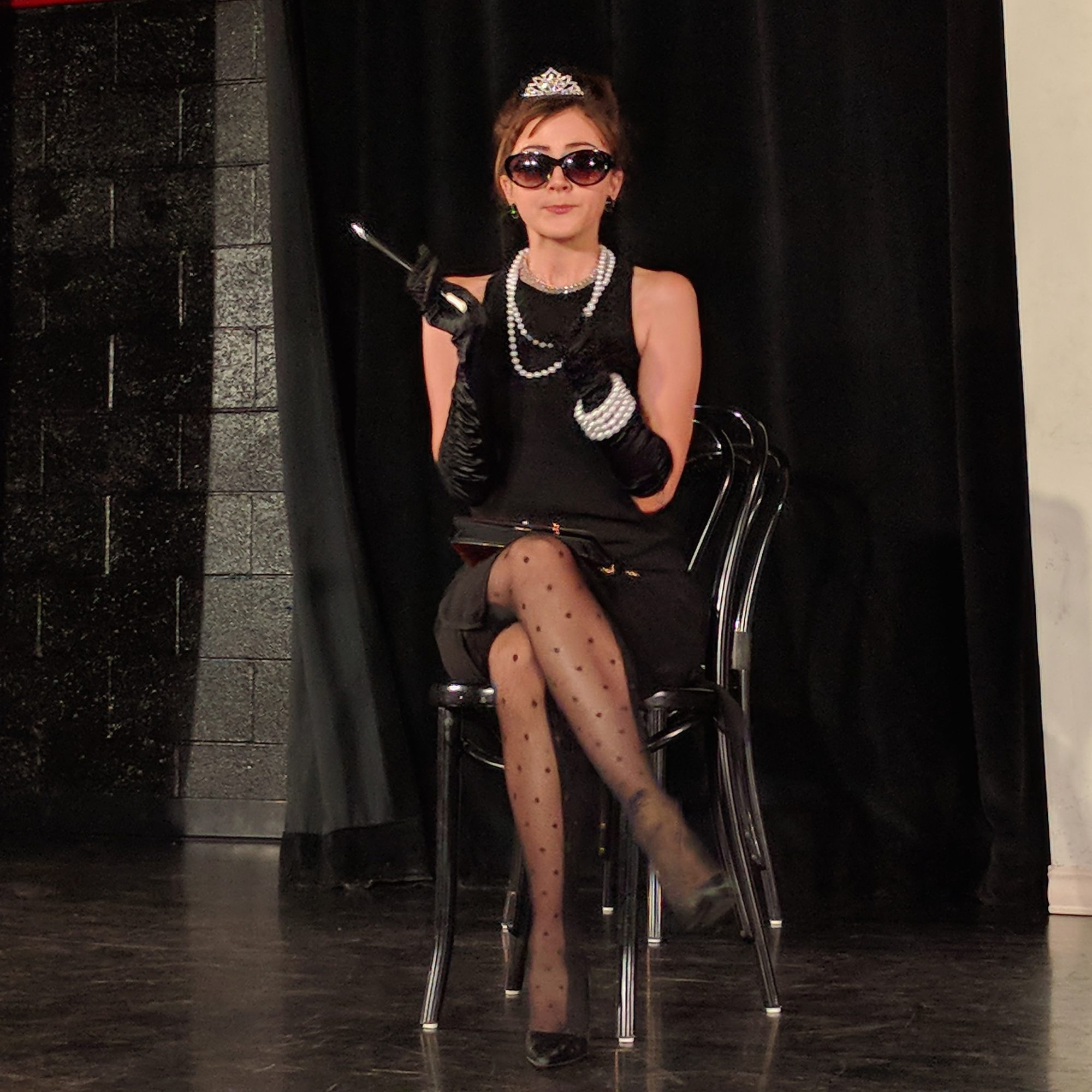 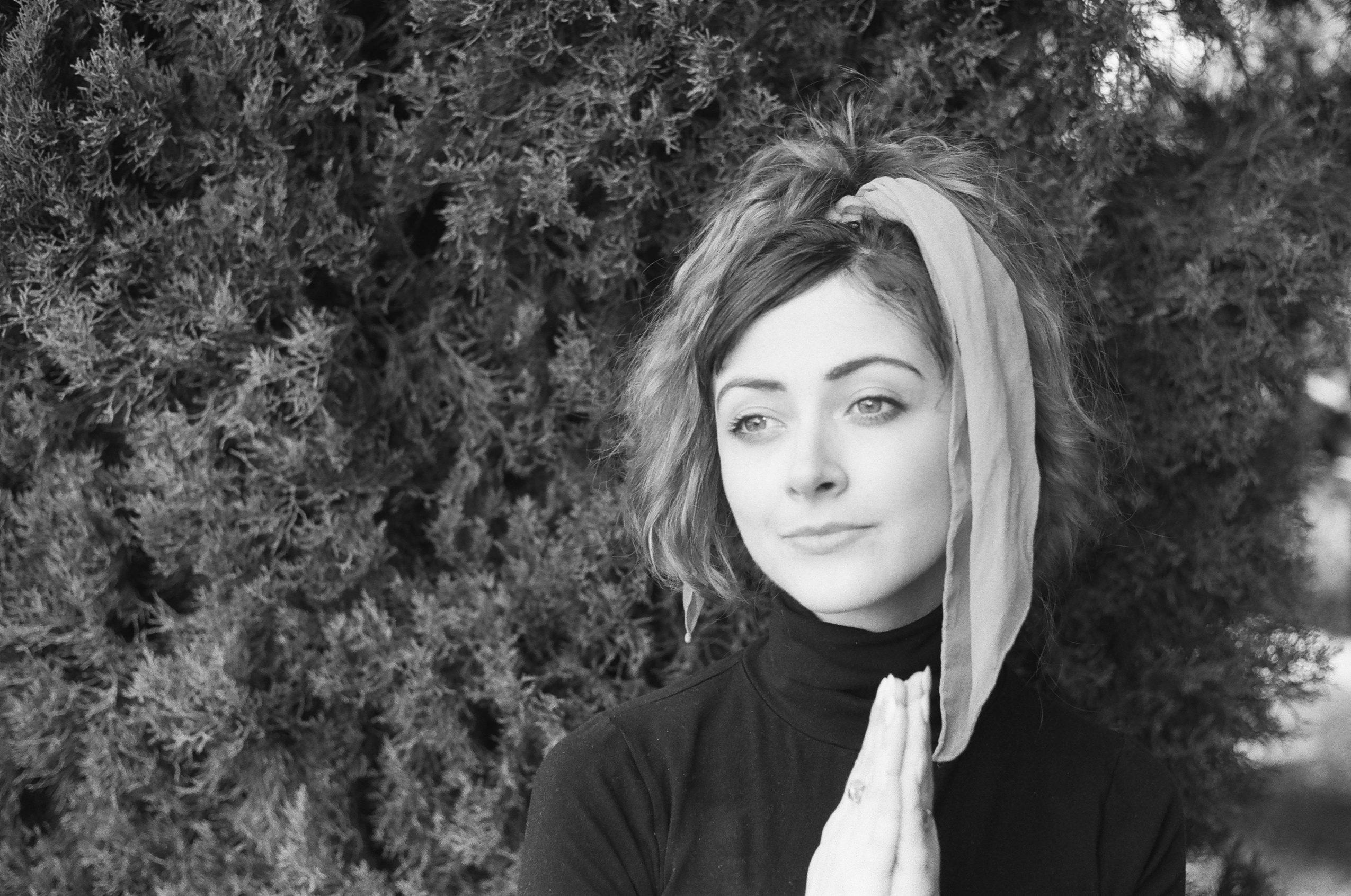 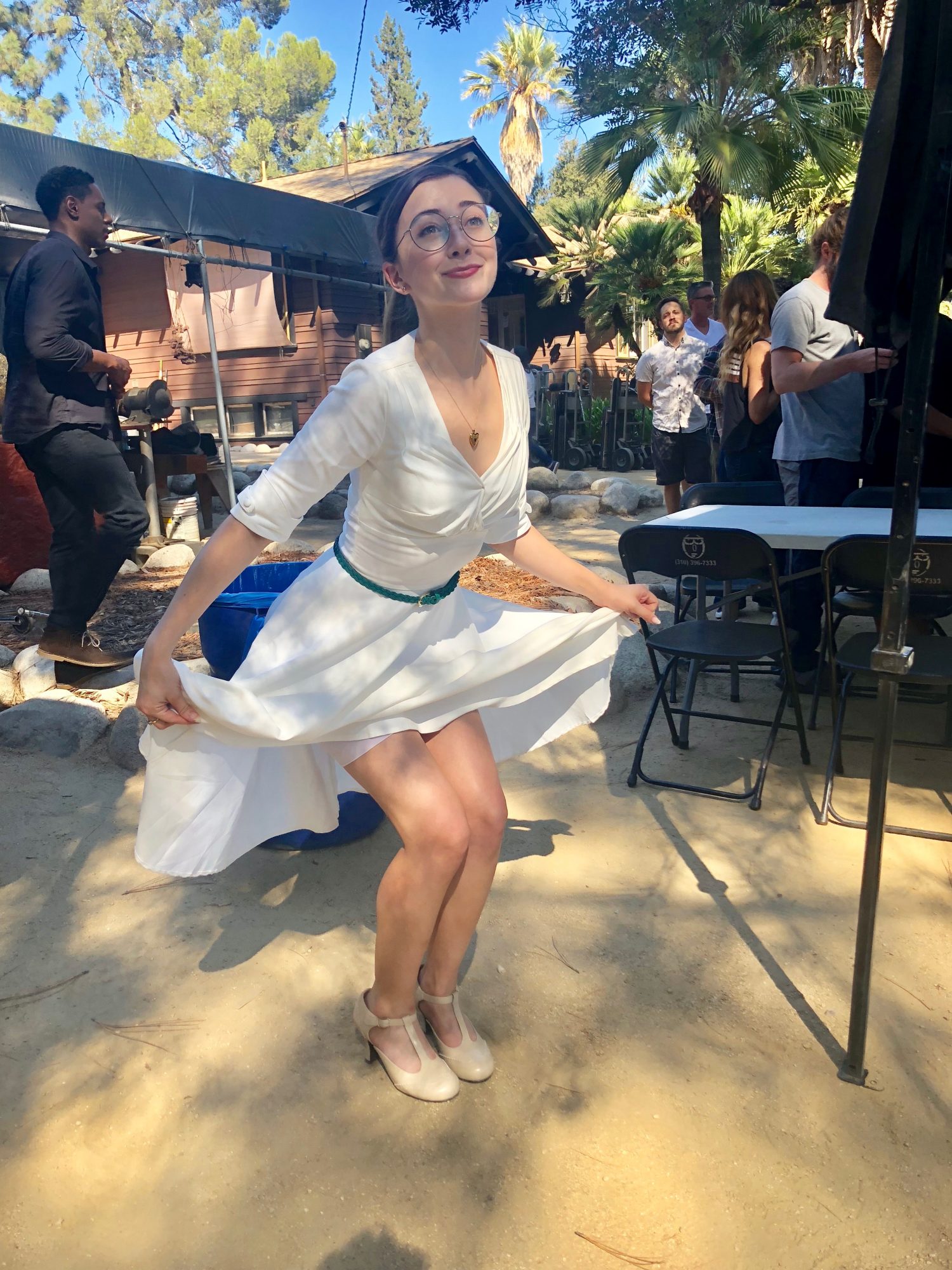 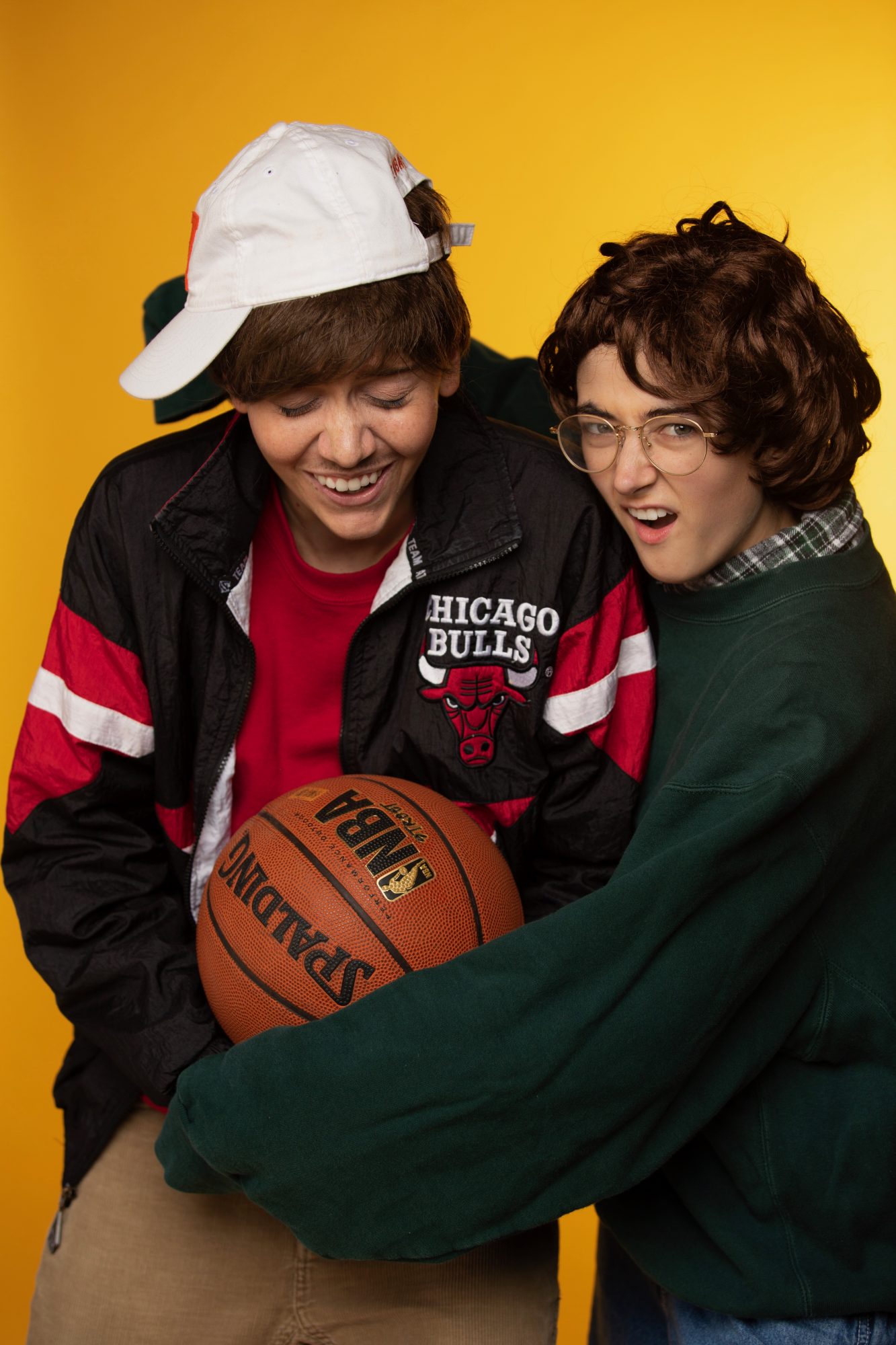 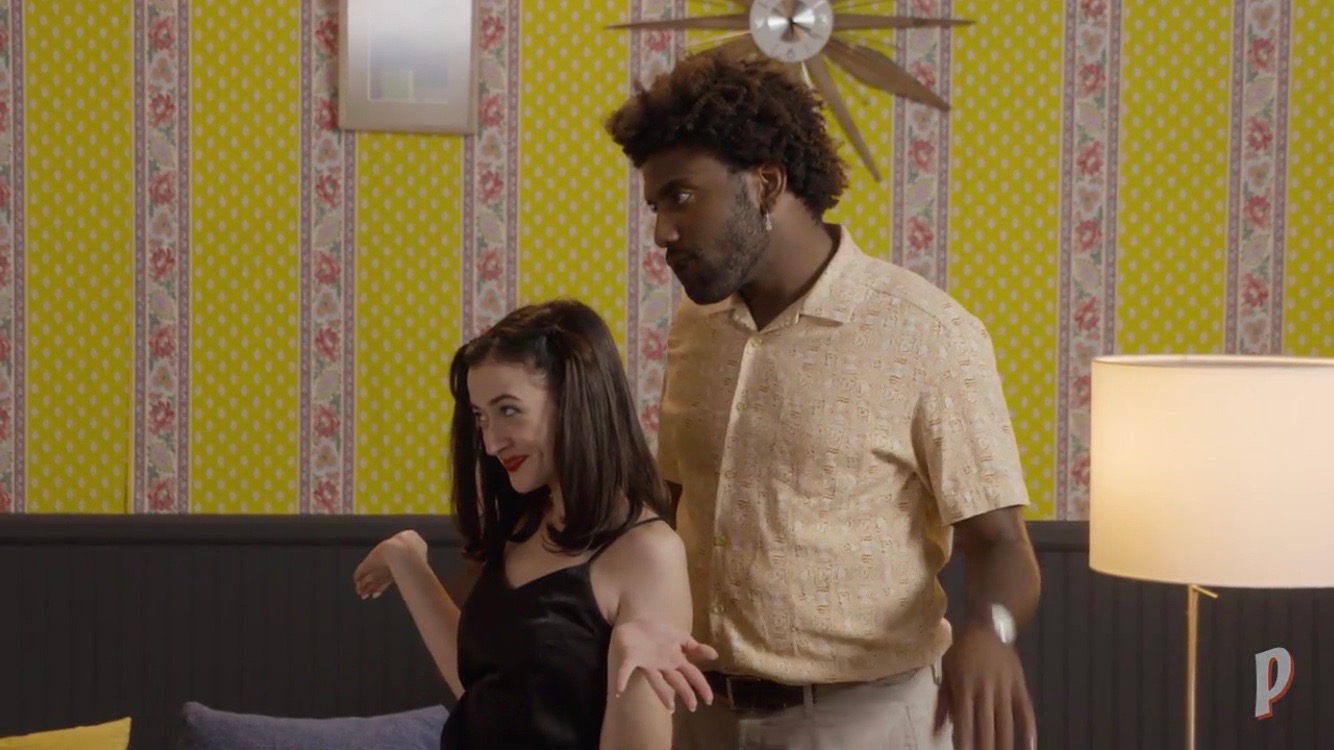 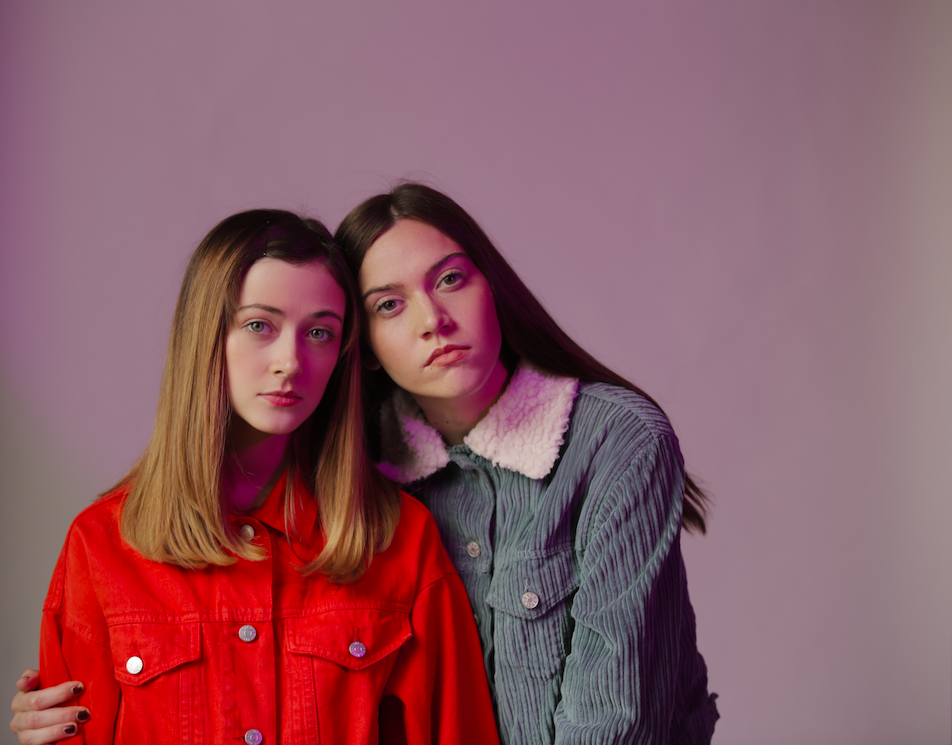