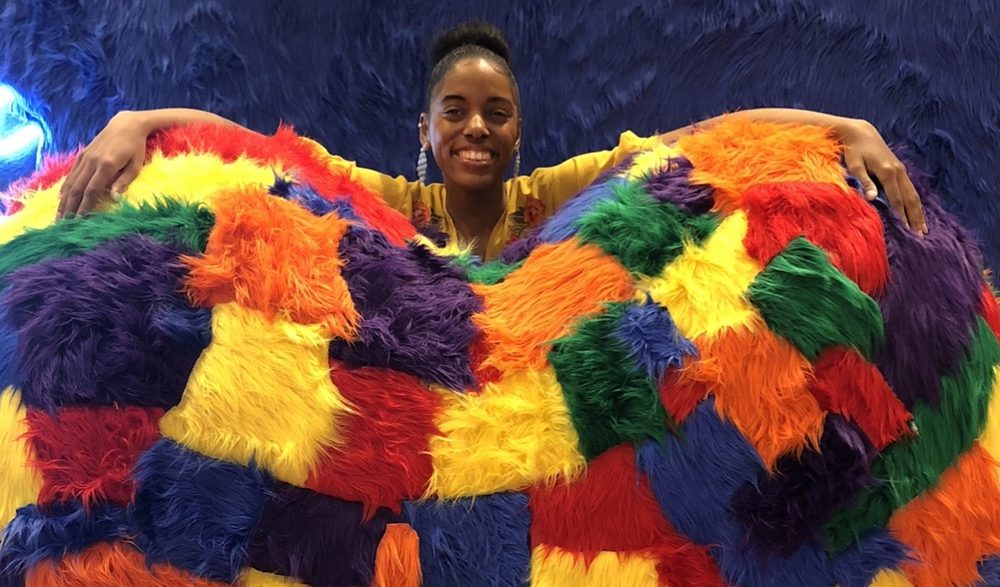 Today we’d like to introduce you to Milan Anderson.

Milan, please share your story with us. How did you get to where you are today?
I definitely did not start off knowing I was going to pursue acting, unlike so many people who knew and trained since they were 5; my school was more so about academics. I eventually gained enough confidence from the opera group MSSNG LNKS, which I joined outside of school, to try out for the musicals my Sophomore and Junior year. I ended up getting the lead both years, once on this Island and The Wiz, which lead to me making the decision to pursue Musical Theater.

The obvious made itself very clear that I was clueless in regards to this new world I was stepping into because I didn’t have any materials at all to submit with. My headshot was a picture of me, in a car, on my way to Junior prom and my materials included a dance video of me doing a box square from the choreo of “Ease on Down the Road” in front of my mom’s closet door. Yea, we had no idea what we were up against for those auditions.

Luckily, I have an amazing mother who went with me on the journey and booked all of the flights and one-night stays at hotels to audition for all of the prestigious schools. I was torn up to say the least, when all of the musical theater schools denied me. The only one who accepted me was SUNY, and it was for an Acting Major instead of Musical Theater. I then auditioned for Salem State University and made it in. I stayed there for a year and decided to audition again for schools, which led me to AMDA NY. It was a very challenging and rigorous program, but it prepared me well for transferring to the LA campus to gain my full BFA.

Since graduating, I’ve been in a few short films, done a few plays and been the friendliest host you could find at a restaurant!

Overall, has it been relatively smooth? If not, what were some of the struggles along the way?
The main struggle was comparison. In school, I had just embarked on a journey in a new profession that I knew barely anything about, but I still wanted to be good. I was constantly told not to worry about what other people were getting, whether it be strong support and encouragement or being the leads in the musicals and plays. And yet, it was made very obvious everywhere I turned, it’s not like I could close my eyes, click my heels three time and made it disappear. Unfortunately, I wasted so much time wishing I had what those people had, that I wasn’t even listening to the teachers who were telling me that I should really consider acting, specifically. I was dead set on doing musicals, even if I would put myself through feeling like I wasn’t good enough for the ones in charge.

Post-graduation, it seemed like so many people were getting great opportunities and representation, and I couldn’t get my foot through the door if I tried. To get representation, you need materials to send out to them, and yet you can only get materials if you have been in projects where you get the footage back. To get into most projects, you need to already have a reel in order to have a chance to be considered, as the ones without reels tend to get cycled straight to the bottom of the list. It’s a rough process, and I had to keep trying different ways to figure it out. As I continued to push forward and still couldn’t catch a break, again, the comparisons started to kick in, but I had to remember this really is a marathon and not a sprint. What’s meant for someone else is not meant for me. My path is different and God’s got me.

Today, I am much better of shutting that silly voice up and making it go sit in the corner somewhere. It doesn’t deserve my time or energy.

Tell us about your work – what should we know?
I Act, Sing and Dance. I put in the work, and I have to trust that it is good. I’ve invested in a new camera, self-tape backdrop set up with 3 different colors, and made a new reel out of my own scenes that I wrote since quarantine started. I’ve taken up ice-skating to have a fun activity where I can learn something new each week. I also took up dancing, which I now have great video footage of as well. I’ve even danced in classes where I was at least 4 years older than everyone else in the room, because it’s about learning and enjoying the ride. I’ve stepped into being the goofball that I am outside of my acting and inside as well. My goofiness is what makes me special and all of my characters will have a bit of that spark one way or another.

I am currently seeking representation, so send a little message my way if you are looking to add to your roster 🙂

Also, that “no music” part to Lil Mama’s “Lipgloss;” definitely still have that in my back pocket from a Hamilton audition.

Any shoutouts? Who else deserves credit in this story – who has played a meaningful role?
My mother. She has believed in me and guided me forward all of my life. I don’t know how I would have done this without her.

Jaime Montesano, Kim Misci and Samuel Martinborough all gave me a shot in high school and I am lucky to still have all three of them to spill the tea all day long!

Raymond Virta (AMDA NY) was the first person to make me see that I could really do this, and I am forever grateful. He is one of the most amazing teachers you will ever find. His unearthing of the route of the scene and the human mind is incredible.

Matt Orduna (AMDA LA) is absolutely stunning and I urge you all to study with him at some point in your career. He understands how to break down a script like no other and continues to mesmerize us all with his own work.

All of my Self Tape friends: Renee, Maren, Elijah, Chris, Reggie and Boone. Without you all, I wouldn’t be able to get anything done! 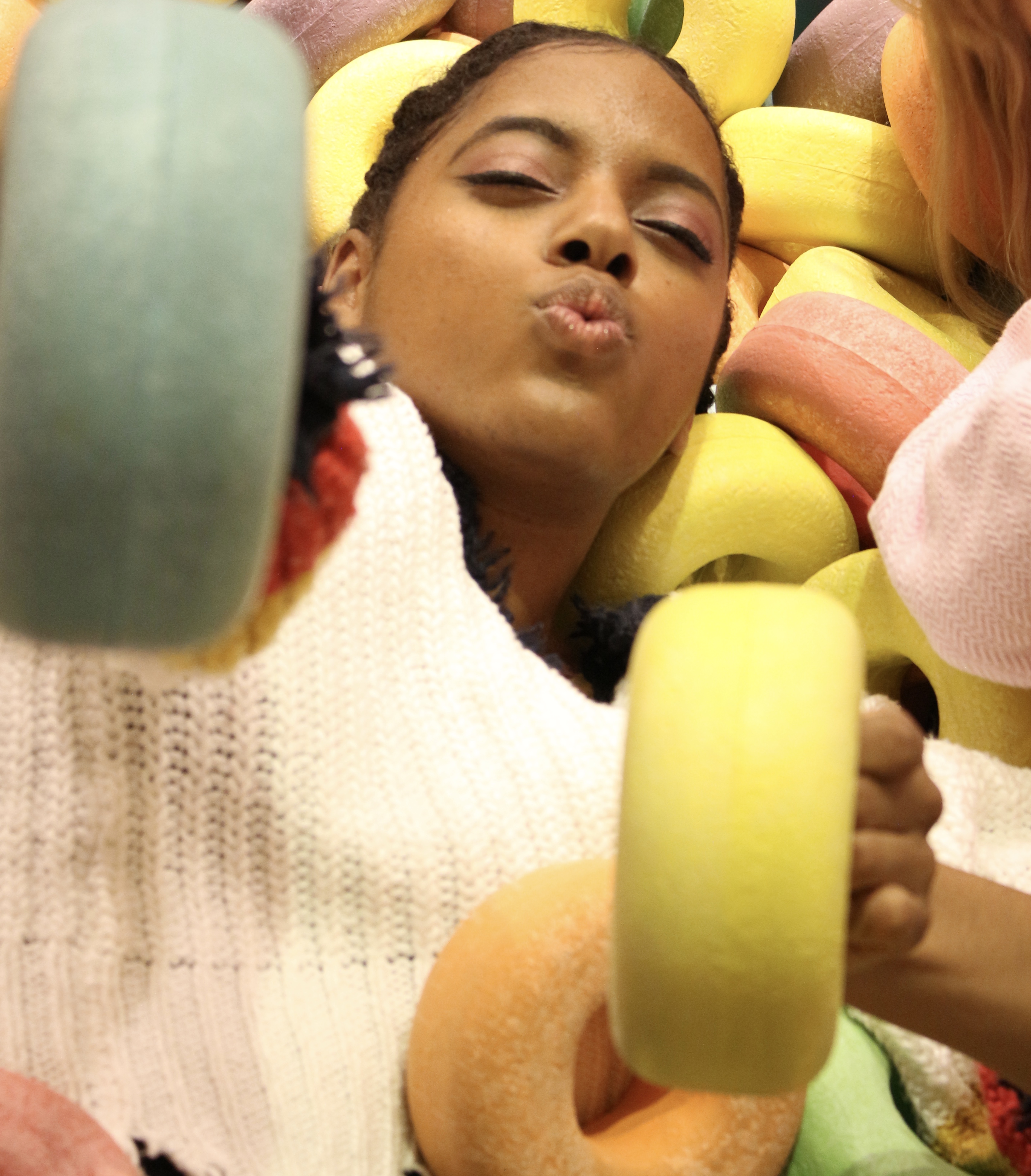 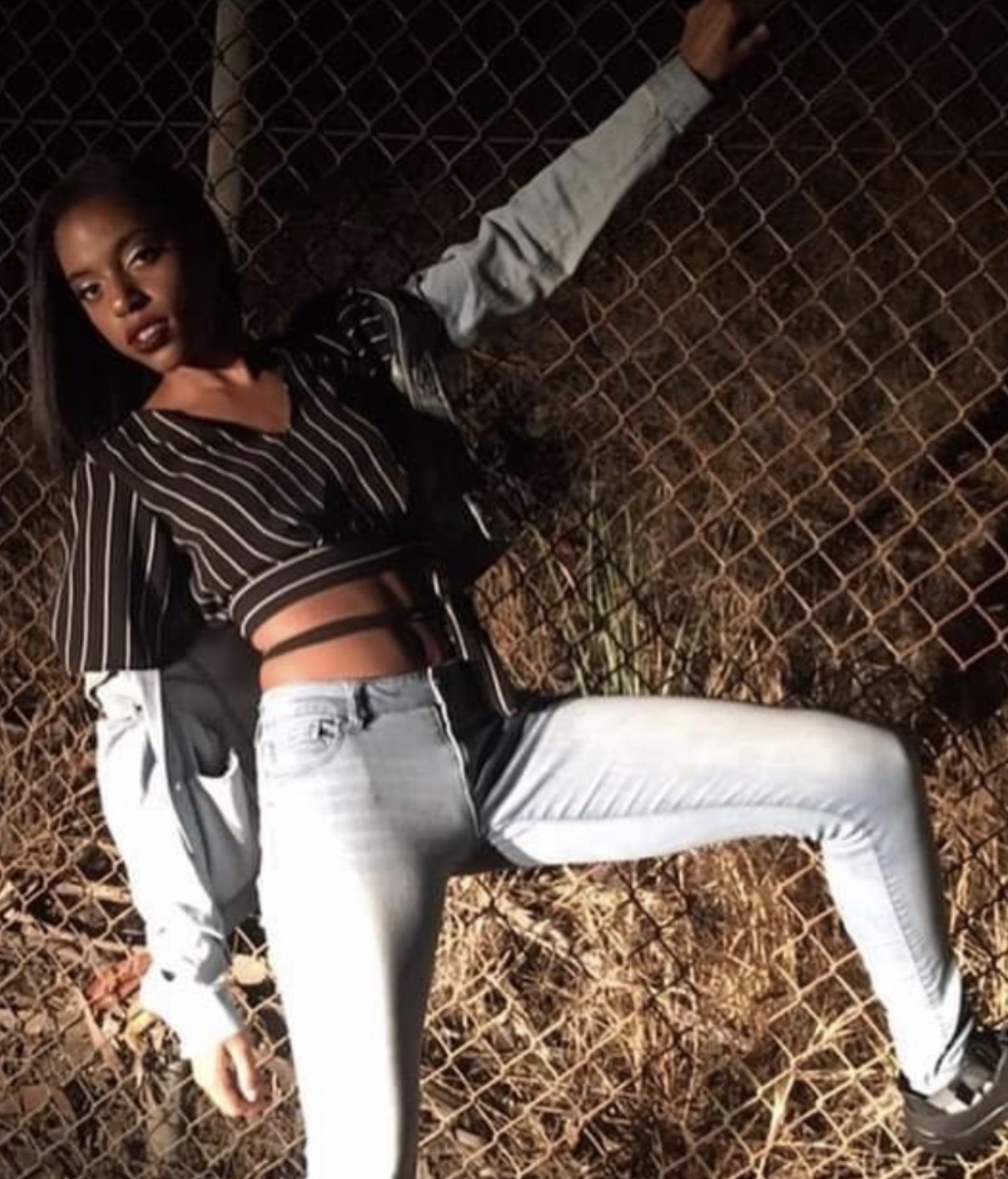 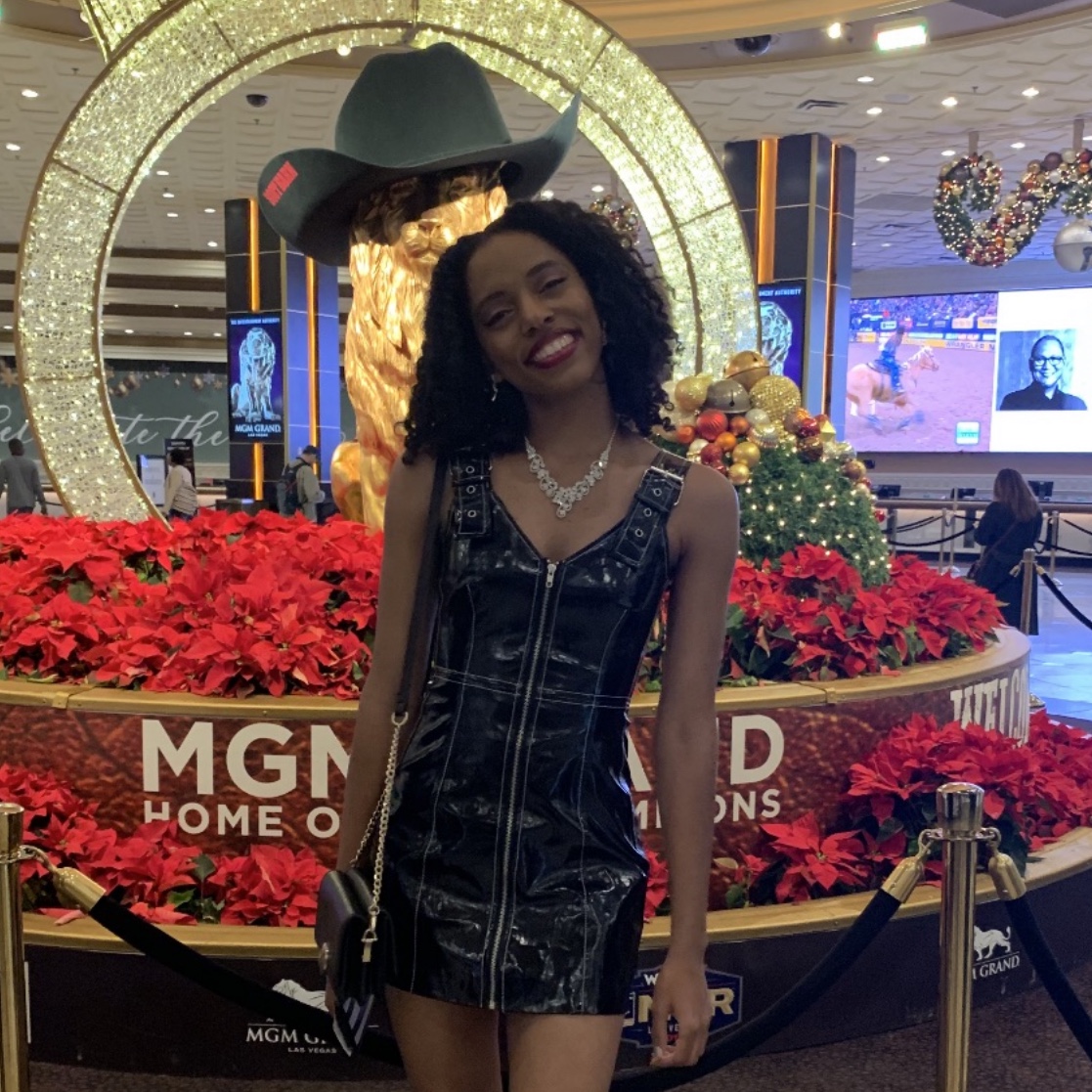 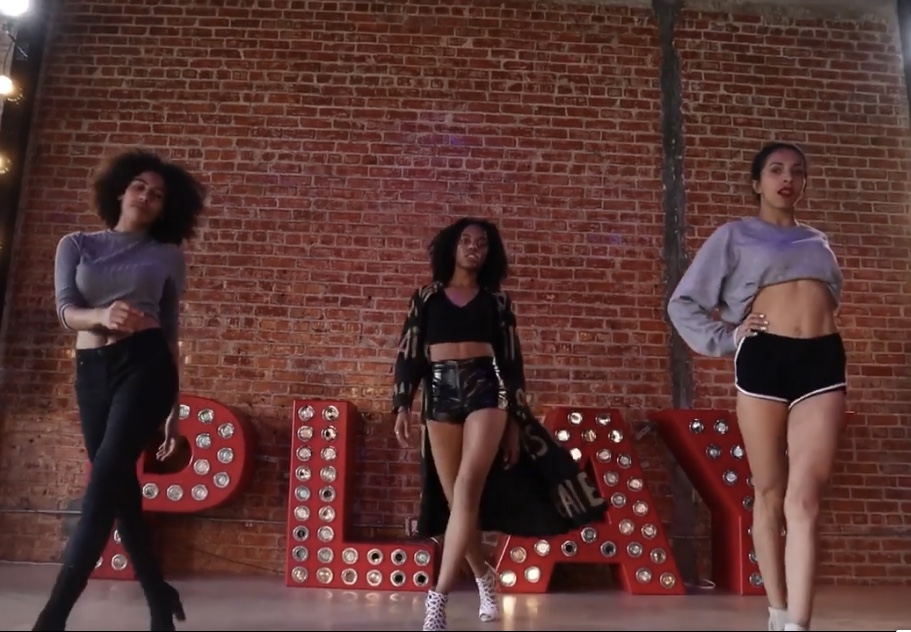 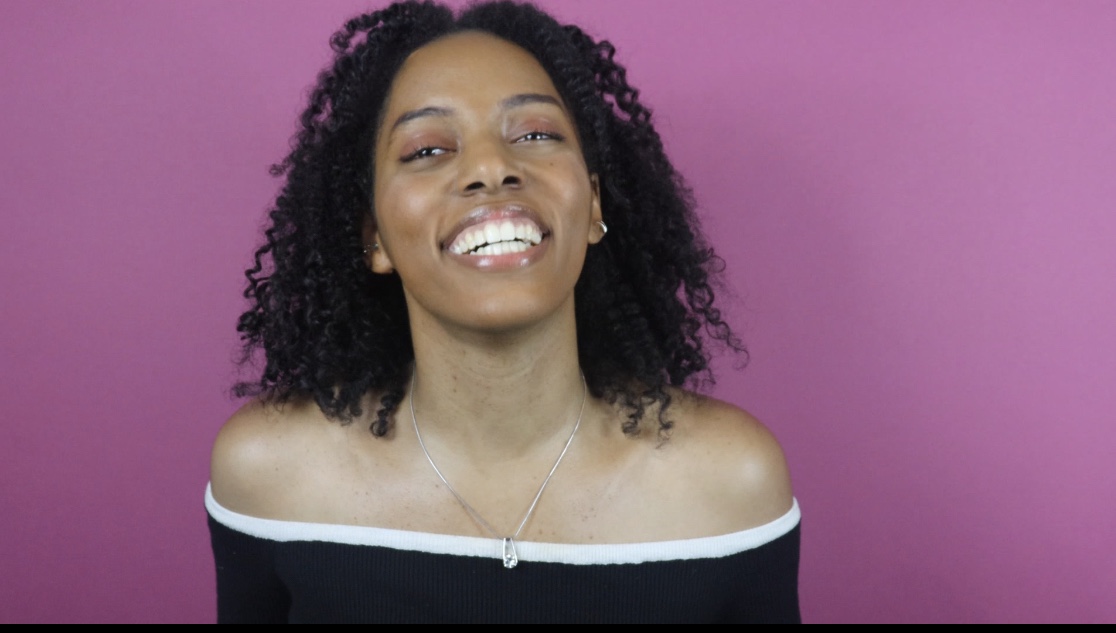 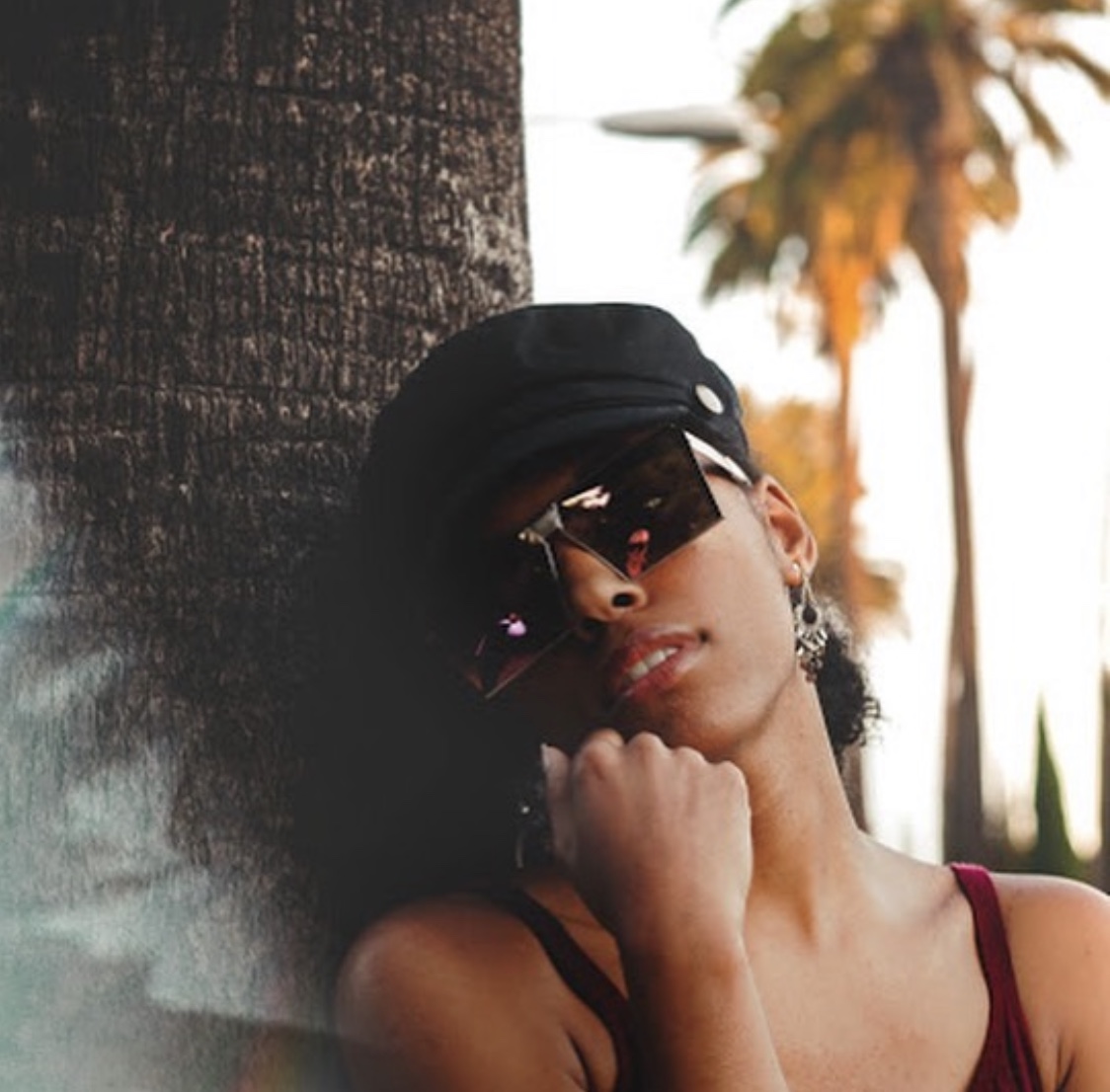 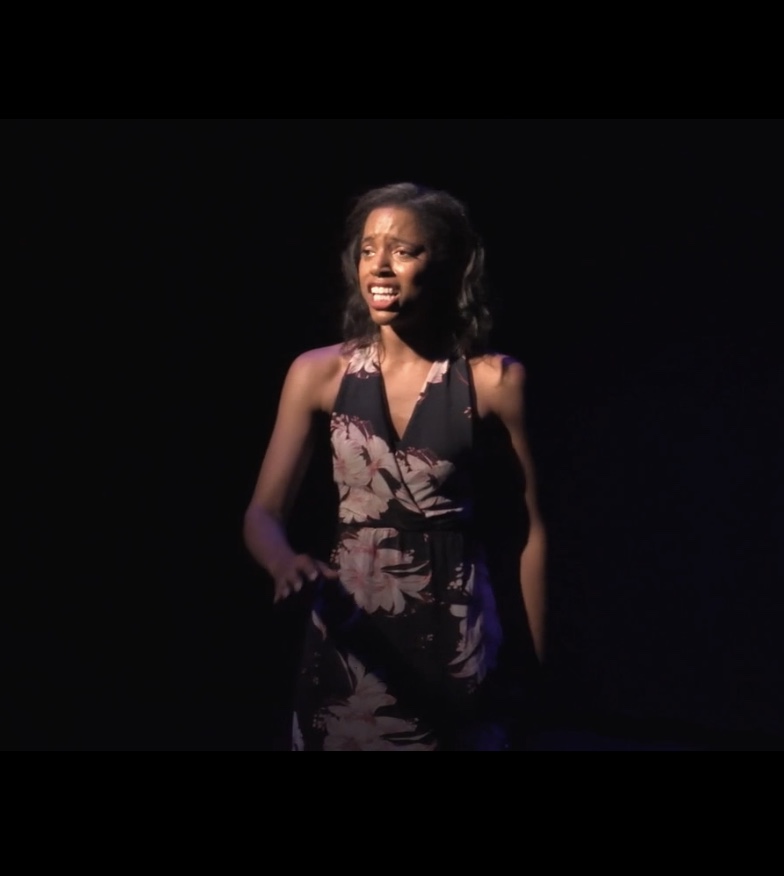