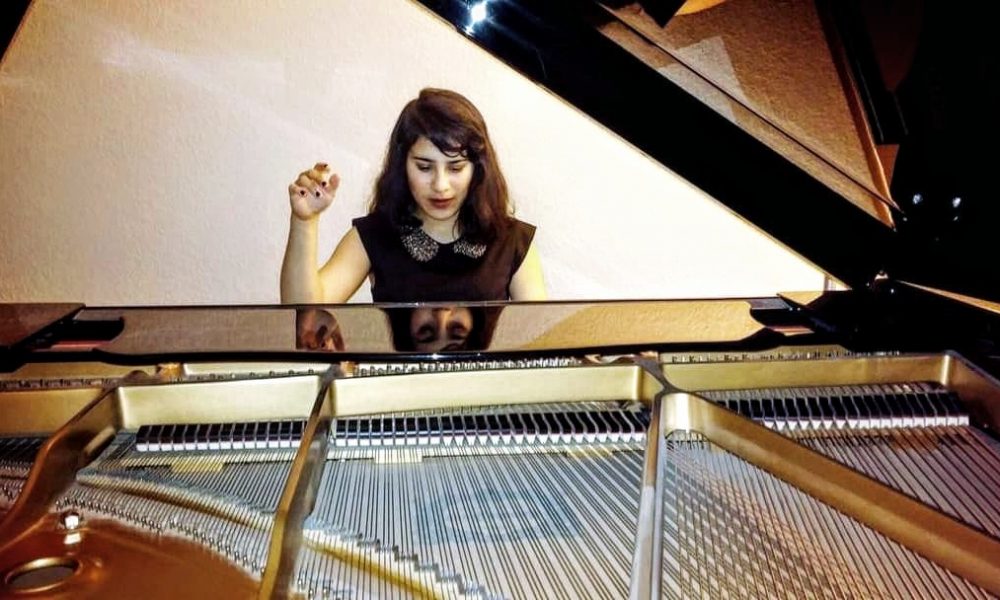 Hi Milaena, please kick things off for us with an introduction to yourself and your story.
Since I started playing piano at the age of four, music has been my greatest passion, and I can’t envision my life without it! I come from a musical family – my father, a recording artist based in Los Angeles, has played cello on albums by renowned artists including but not limited to Michael Jackson, Black Eyed Peas, Gloria Trevi, and Michael Bublé as well as on numerous soundtracks and live productions. As a child, alongside drawing musical passion from my father’s playing, I was often sung Argentinian tunes to by my Italian-Argentine mother and grandfather, all from which my love for music initially sparked. My parents taught me the fundamentals of keyboard-playing for a year before I began private lessons away from home.

At the age of eight, I sang on an educational CD for the Ventura County School District and began studying under the instruction of Dr. Stewart Gordon, who is on the faculty at the University of Southern California. Dr. Gordon was a pupil of the renowned pianists Adele Marcus, Walter Gieseking, Olga Samaroff, and Cecile Genhart, and therefore an authority on various schools/styles of music that I have been so fortunate to familiarize myself with as his student. Marcus was particularly recognized for her astonishing ability to pinpoint exact inaccuracies in a pianist’s playing, Gieseking for his stellar performances of pieces he had only read scores of without having played before, Samaroff for having been the second pianist to ever perform all 32 Beethoven sonatas, and Genhart for her immaculate interpretations. Dr. Gordon has also recorded substantially, authored books on pianism, and copiously edited volumes of works including the complete Beethoven sonatas, the complete Mozart sonatas, and all of Debussy’s Études.

Shortly after being accepted into Dr. Gordon’s studio as his youngest student, I gave my first full-length solo recital out of 11 at the age of 8 featuring pieces by Bach, Chopin, and other celebrated composers. That same year I was also granted the honor of performing a duet with the acclaimed pianist Nancy Bricard and opening as a soloist for the Coachella Valley Symphony, neither of which would have been possible without the Steinway Society of Riverside County (founded and presided by Ruth Moir). Through the Steinway Society of Riverside County, I have also been featured in a documentary titled “Steinway Virtuosos,” given several lecture-concerts to K-12 students within the Coachella Valley, performed Mendelssohn’s Capriccio Brillant as a soloist with the Coachella Valley Symphony, and participated in masterclasses led by distinguished pianists. I am grateful to have received the Steinway Junior Artist Award, the Steinway Society Recognition Award, and five awards as a result of being a finalist in the Steinway Society of Riverside County Piano Competition. At 11 years old, I performed the Shostakovich Piano Concerto No. 2 with the New Valley Symphony Orchestra in Los Angeles and received first prize in the 2009 MTAC Los Angeles Branch Sonata Competition.

During my studies at Palm Desert High School, where I enrolled in the PDHS Jazz Band and received the Woody Herman Jazz Award, my love for classical music strengthened upon my mother’s discovery of the famous pianist Martha Argerich, with whom I have recently had the honor of being in contact. I had often been told that I resemble Ms. Argerich, who also has Argentinian roots, so I was especially eager to learn more about her with respect to these connections. After listening to her 1966 recording of Chopin’s second Scherzo, I was instantly captivated by her technical expertise and expressive executions. I even took scissors to my hair with the intent of matching her hairstyle! It has grown out since then, although I still idolize her to this day for so profoundly influencing me both as a pianist and as a Hispanic woman in music. Ms. Argerich and Dr. Gordon inspired me to practice long hours with the endeavor to improve my technique and to pursue a bachelor’s degree in piano performance. I continued my studies with Dr. Gordon until my senior year at USC, where I was heavily influenced by my peers who were playing extremely difficult works that I had never heard before. I spent a great deal of time listening to them play either in practice rooms or concert halls, and before I knew it, I was tackling the same pieces that they were playing. Regardless of my small hands, I was determined to learn Rachmaninoff’s Third Piano Concerto and given the opportunity to perform the first movement with USC’s Concerto Chamber Orchestra.

At USC, I also premiered works by my talented friends from the USC composition department, had an original single of mine recorded, participated as a keyboardist in the Thornton Symphony, and performed in the Popular Music Junior Showcase of 2019 led by Patrice Rushen. During my time at USC, I studied diverse musical styles, took a profound interest in songwriting, and received invaluable instruction that I will forever carry with me. In 2020, I was a keyboardist in the all-female Gritty in Pink popular music platform in Los Angeles, often juggling between schoolwork and nightclub jams. Through this platform and USC’s popular music courses taught by L.A.’s esteemed producer/guitarist Tim Kobza, I met a multitude of empowering musicians and quickly became comfortable with performing popular music. Since my graduation last year, I have been collaborating and recording with music students from both the Wichita State University and the University of Missouri-Kansas City as I prepare to pursue a master’s degree at the Boston Conservatory this fall.

Alright, so let’s dig a little deeper into the story – has it been an easy path overall and if not, what were the challenges you’ve had to overcome?
Time management has always been a challenge for me. There aren’t enough hours in the day to do everything that I want to do on a daily basis, whether it be practicing for performances, songwriting, spending time with loved ones, teaching, traveling, studying, making visual art, or learning a new language. Regardless, I am grateful for the time that I do have and always try my best to live each day to the fullest!

As you know, we’re big fans of you and your work. For our readers who might not be as familiar what can you tell them about what you do?
For as long as I can remember, I have been enamored of music, and I aim to share my love for music with others through performing, teaching, and creating. Playing classical piano music, especially the great works of Rachmaninoff, Ginastera, and Prokofiev, gives me a sense of fulfillment and an escape that most other activities could not provide. In addition, my passion for various genres, especially popular music and Argentine tango, has fostered my pursuits in songwriting and the performance of genres outside of classical music within Los Angeles. As I enjoy music from all over the world, I also aspire to continue to represent my heritage through music by performing the works of Hispanic composers and incorporating elements of Latin American music into my songwriting.

Before we go, is there anything else you can share with us?
I am very thankful for my family, friends, professors, and mentor of 13 years, Dr. Gordon. Without them, I would not be where I am today. 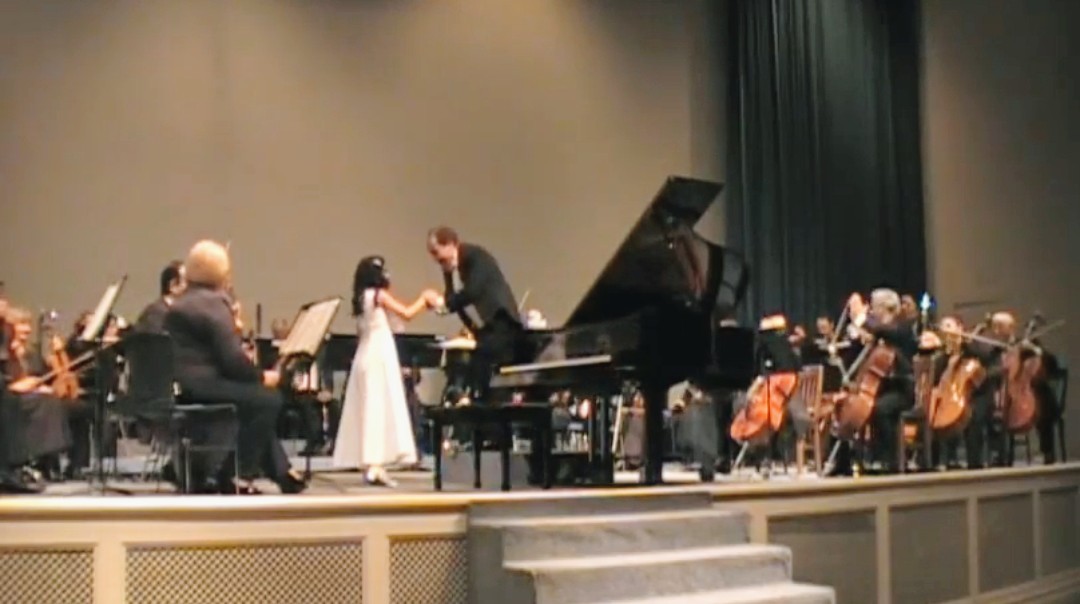 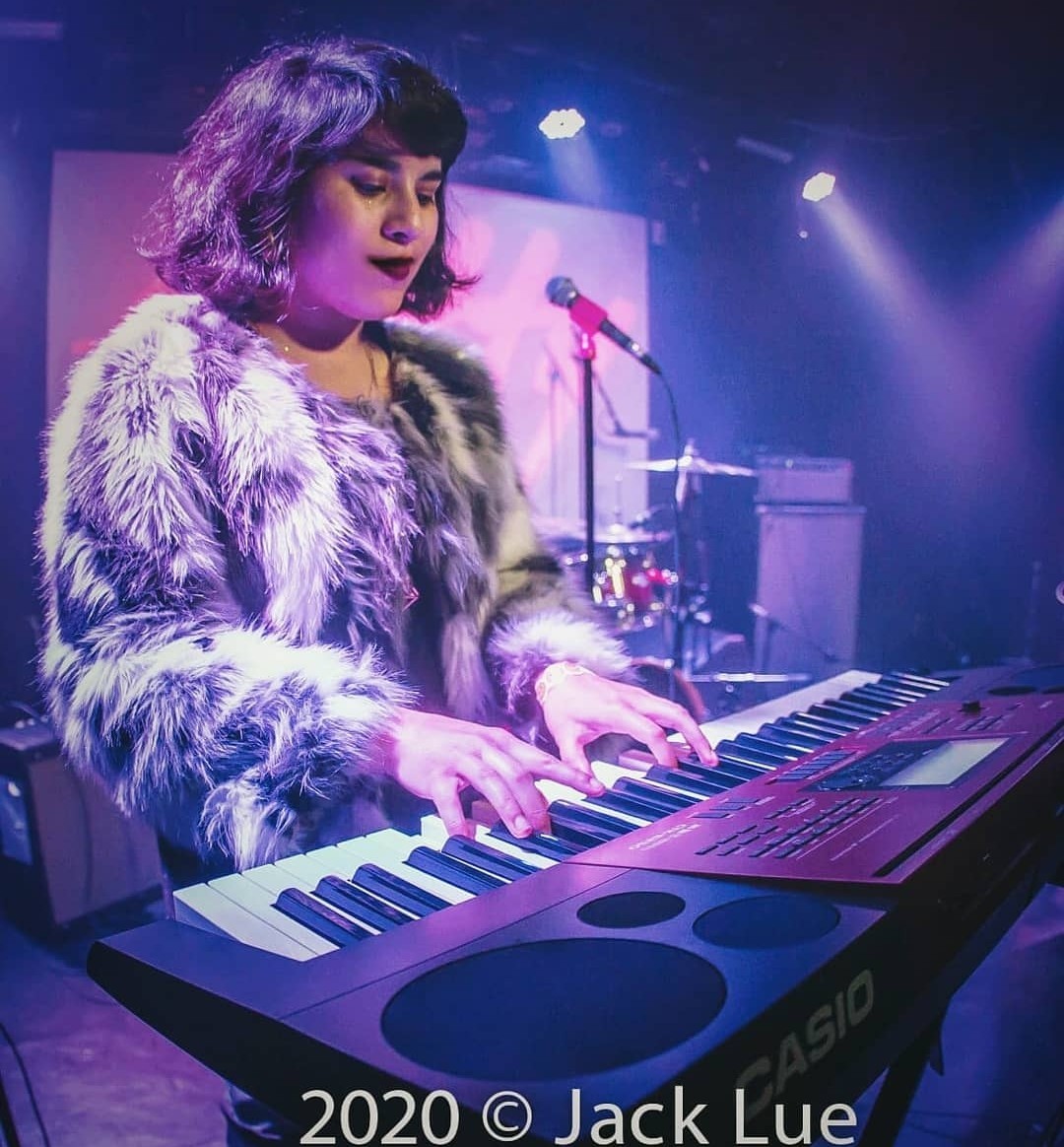 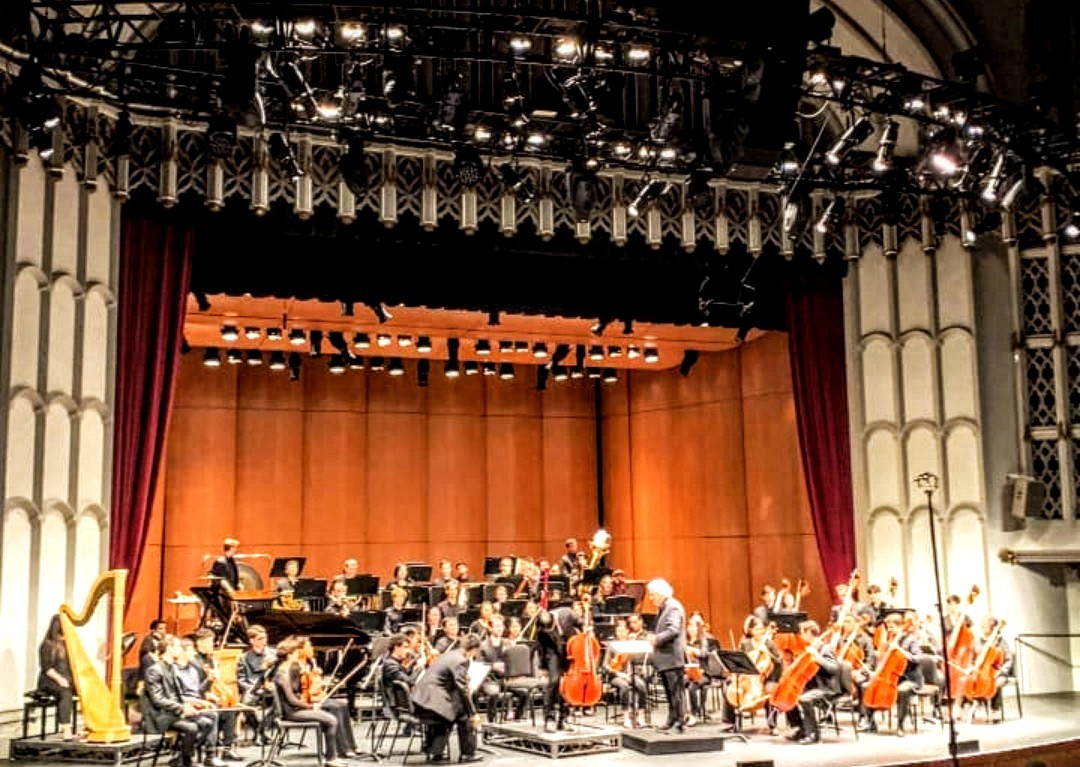 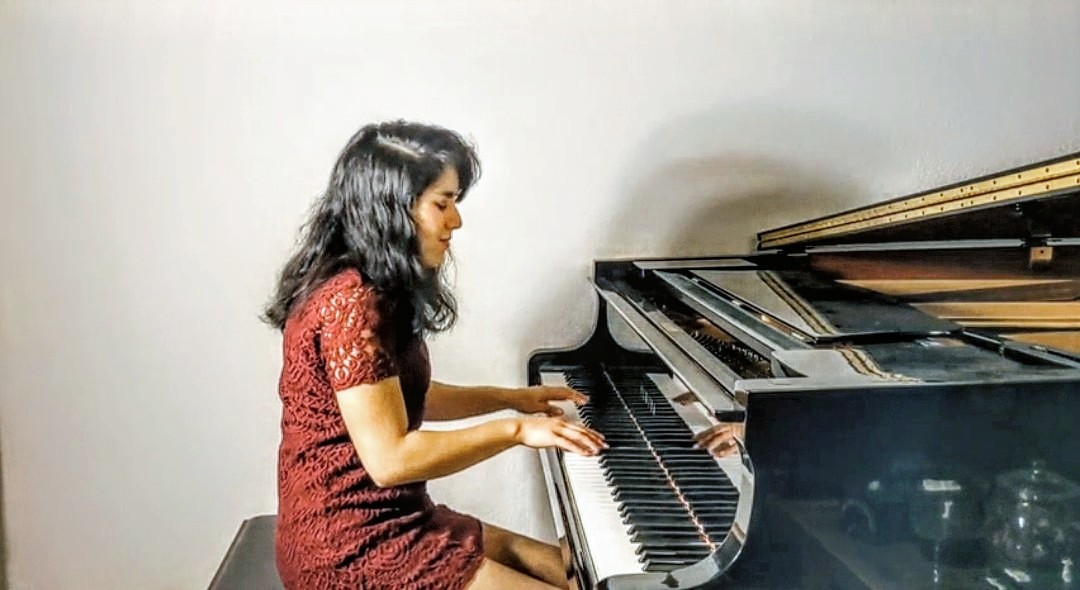