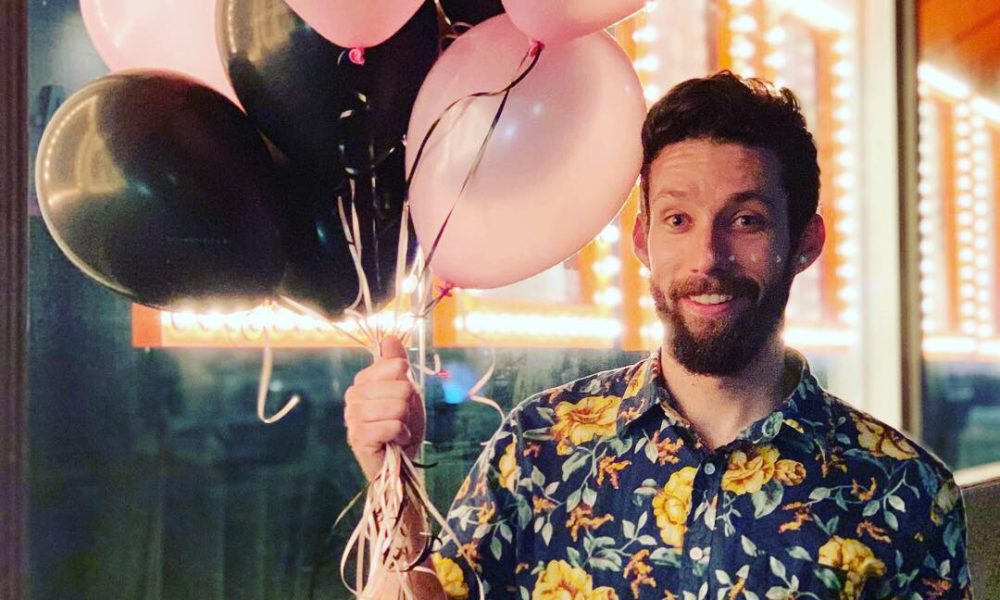 Today we’d like to introduce you to Mike Shea.

Thanks for sharing your story with us Mike. So, let’s start at the beginning and we can move on from there.
I grew up just north of Los Angeles in Oak Park, CA. Coming from a family of television directors and writers it has always been important for me to make people laugh. I was basically raised on The Simpsons and Austin Powers.

After graduating in 2015 from San Diego State University, I moved back to Los Angeles and took up improv classes at the Groundlings and Upright Citizens Brigade. I started doing standup in 2016 and still perform to this day. I’ve done sets at the Laugh Factory, Hollywood Improv, Flappers, as well as overseas in London and Ireland. I’m currently still at the Groundlings, performing in various improv shows/writing sketches, and I record VO with Idiom Talent. My dream is to become a paid regular at the Comedy Store and create a hit cartoon show where I write and voiceover for. My day job, I am a bartender at the Hollywood Roosevelt Hotel.

Overall, has it been relatively smooth? If not, what were some of the struggles along the way?
Hell no! If it was easy we’d all be doing it. I think I’m my biggest critic and the only obstacle in my own way at times. There will be times where I’m doing 4 to 6 mics a week and I’m on a roll. And then I’ll take a few days off and a few days turns into a week and then two weeks and then I have to force myself back out there. It’s funny there’s not really any advice in standup you just gotta keep doing it. Put in the time. It’s like the gym honestly. You got to make it a habit.

I’m constantly telling myself “I’m not doing enough, I need more content, there are people out there like me doing way more than you,” and that can make it way worse if you’re not careful. They say comparison is the thief of joy. Sometimes I’m not in a funny mood. I gotta be able to work through those walls I put up for myself and just say fuck it. Keep moving. I’m still working on that and trying to be kinder to myself, giving myself the necessary breaks when needed and then getting back to work.

Comparison is the thief of joy is such a brilliant saying. Thank you for sharing that with us.  Please tell us more about your work, what you are currently focused on and most proud of.
I do standup comedy, voiceover, create videos, write sketches. I started a weekly video series called #ImpressionFridays where every Friday I would do an impression based off people’s suggestions via Instagram. What I’m most proud of so far is I set a goal to do 100 standup sets. It took me three years but I did it and now I’m going for 200. Then 500. Then 1000. Malcom Gladwell, you know? 1000 hours? 1000 sets. Currently, I’m doing a lot of bartending jokes but I am constantly tweaking my craft. Trying to be more honest, more relatable with my own unique spin on whatever I’m taking about.

If you had to go back in time and start over, would you have done anything differently?
If I could, I would have tried standup years ago. If I started at 18, I would be way better in my opinion. But it’s a grind. I started at 24 years old and that’s my story. I’m here now and all I can change is what I do today. 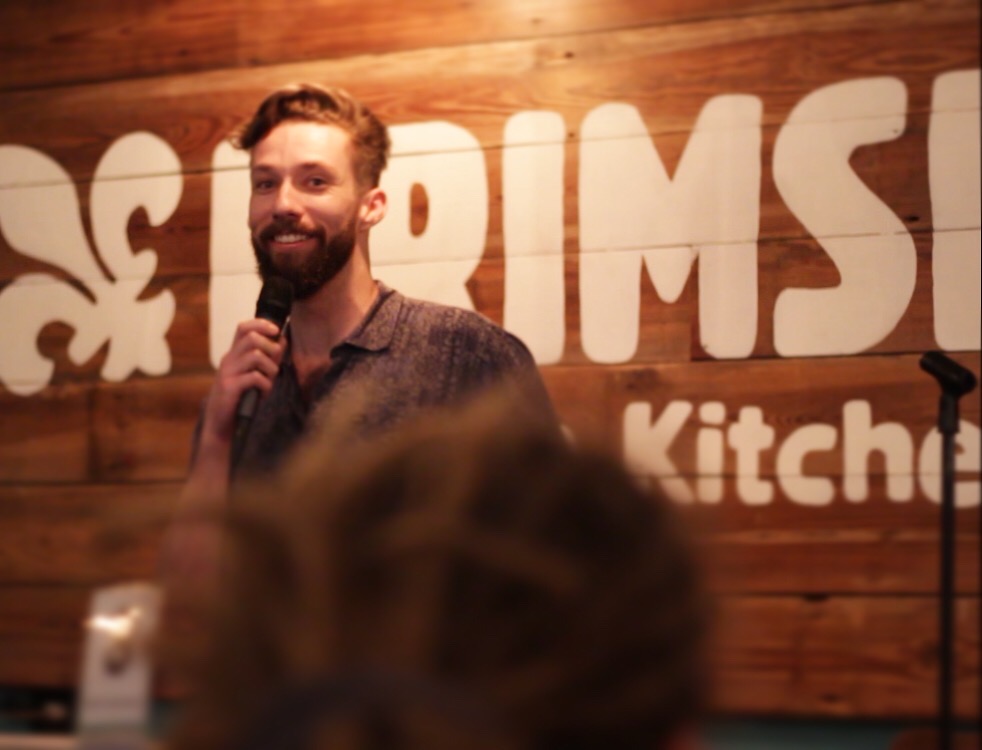 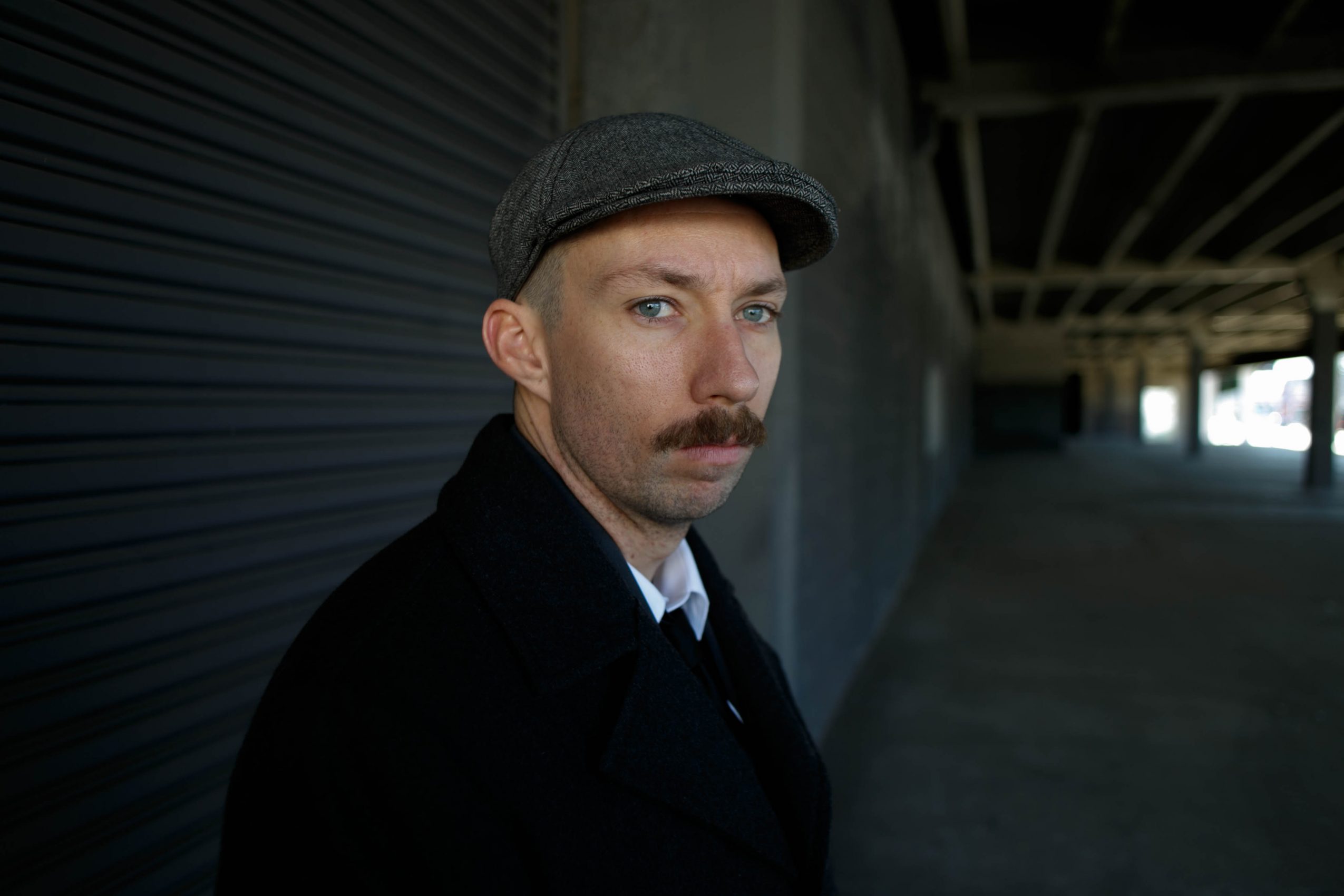 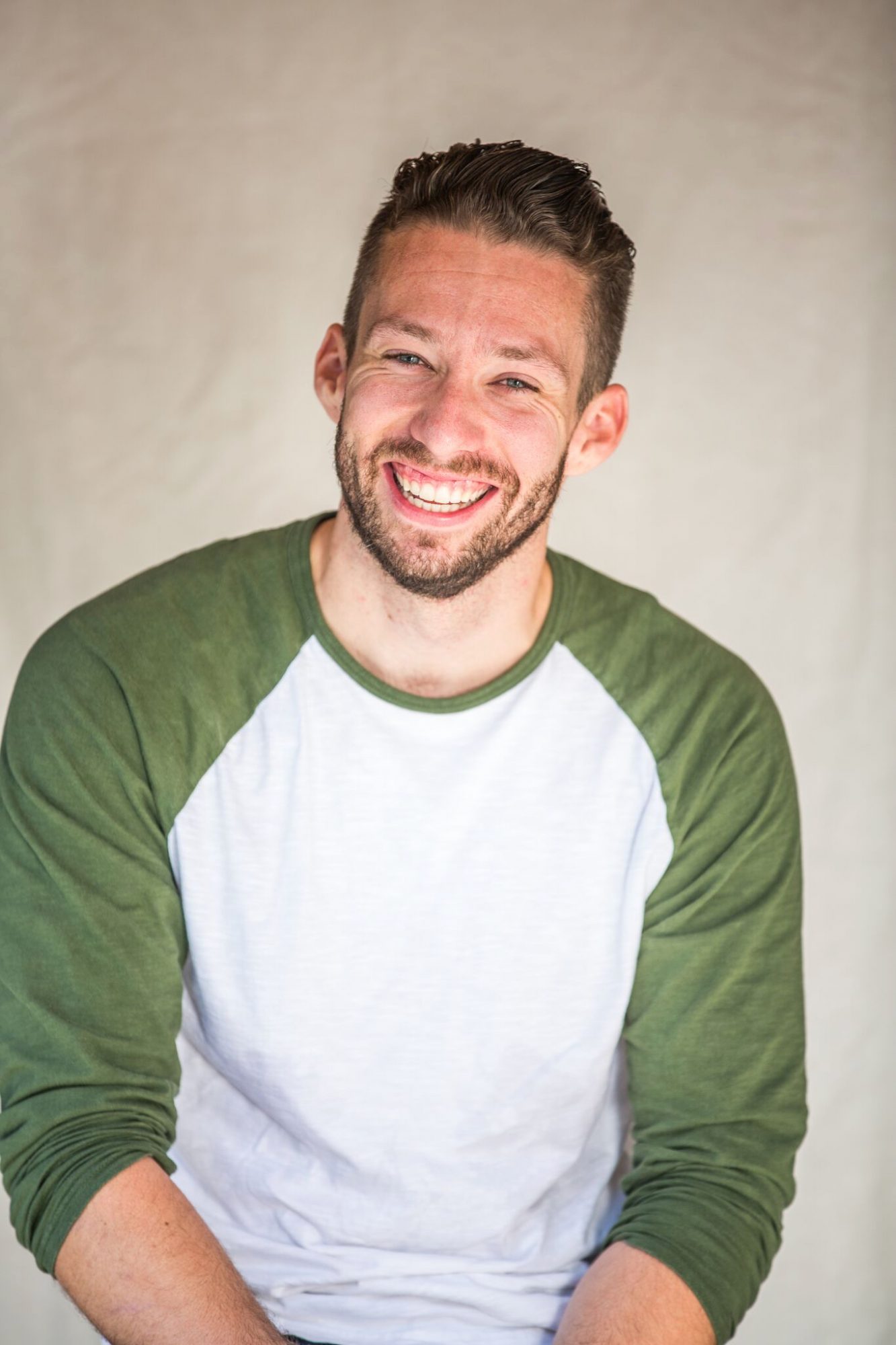 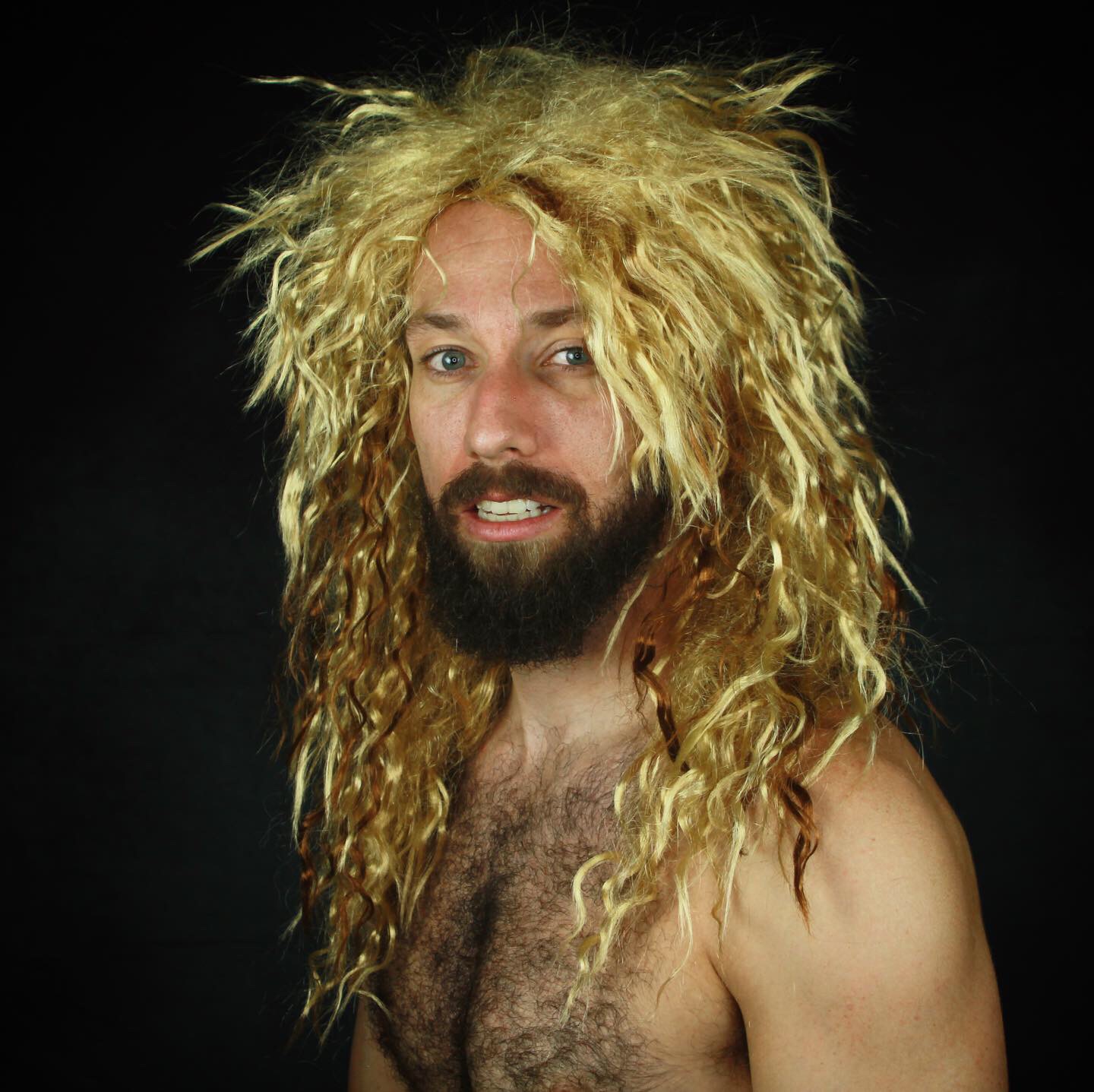 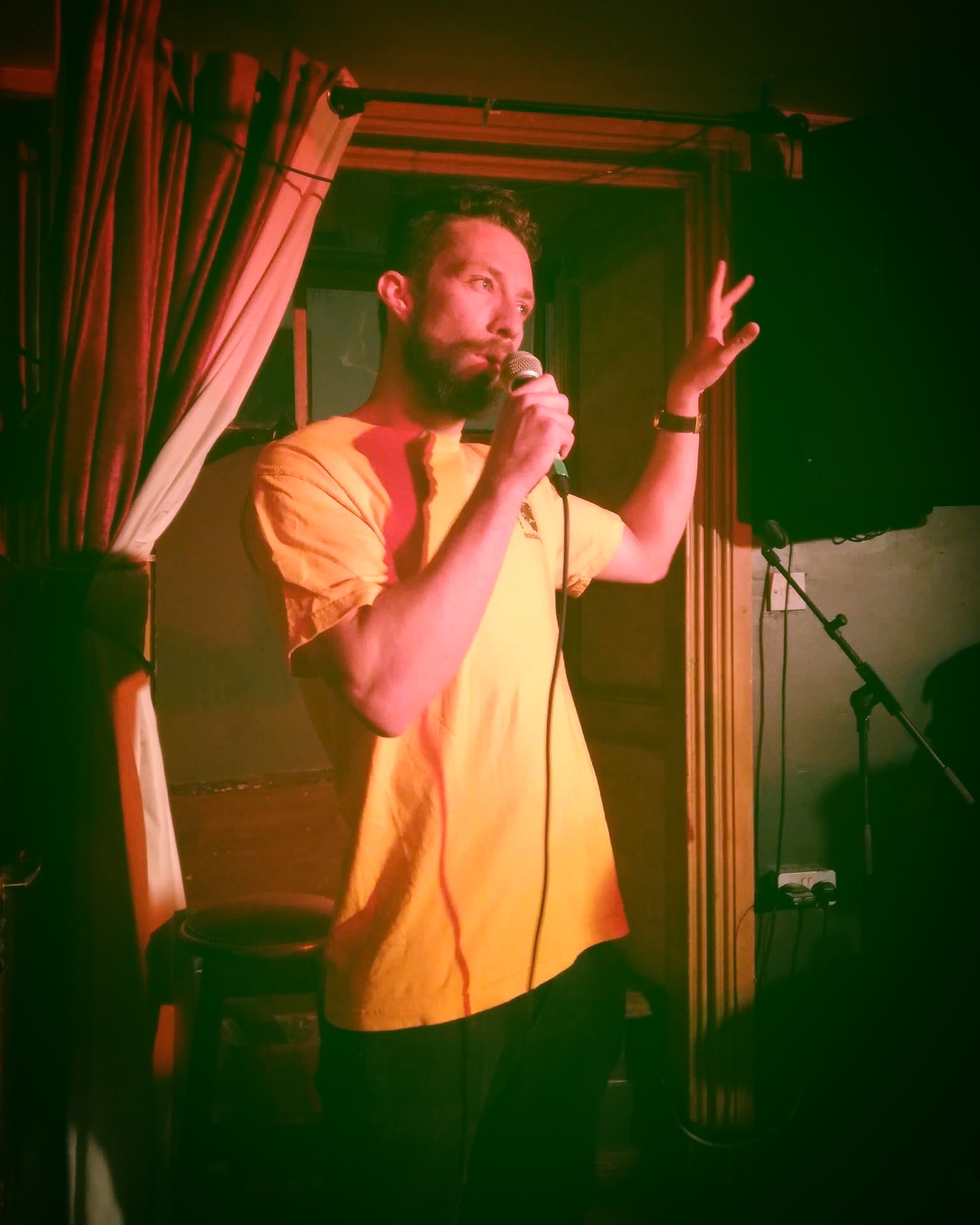 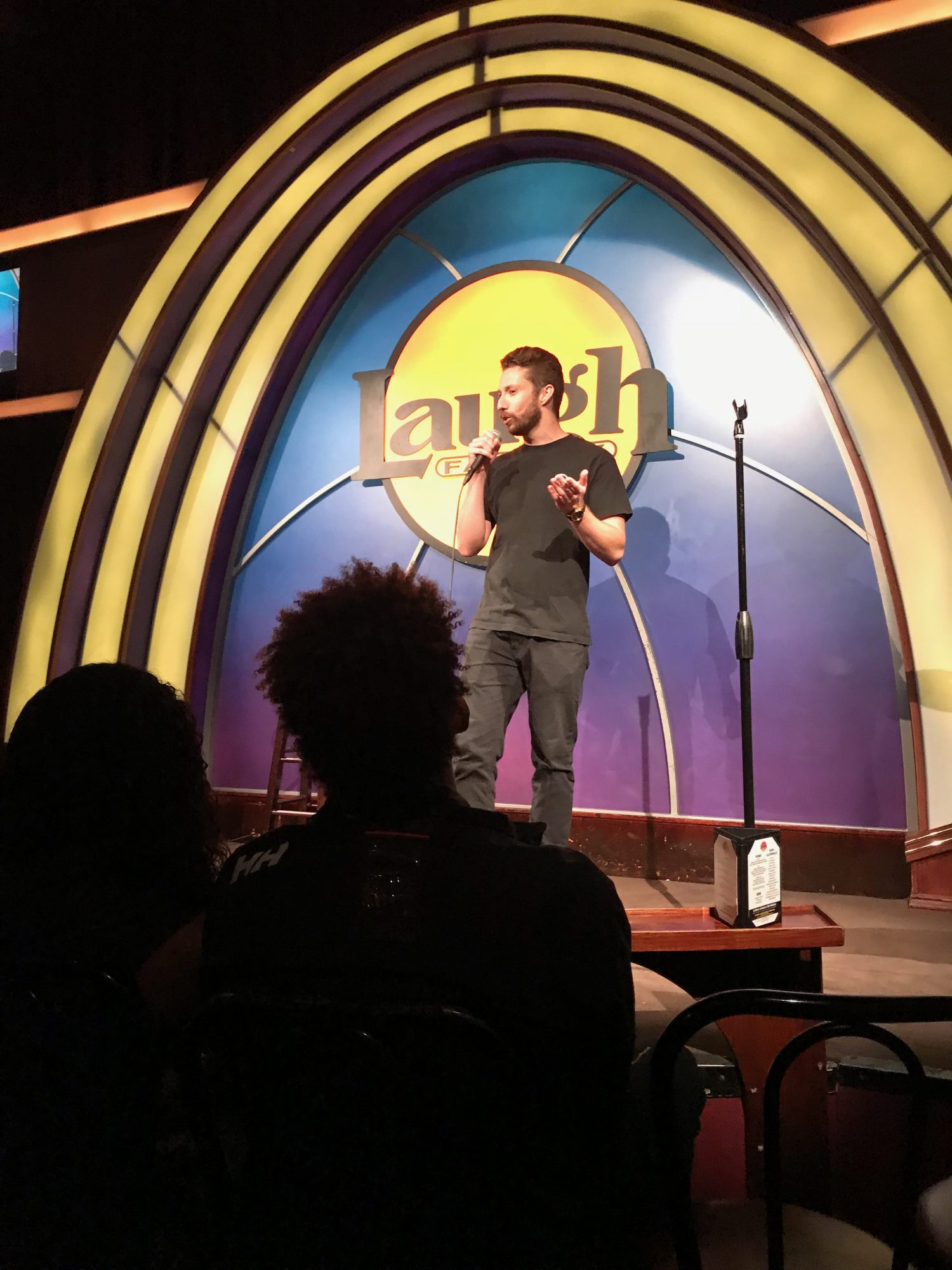 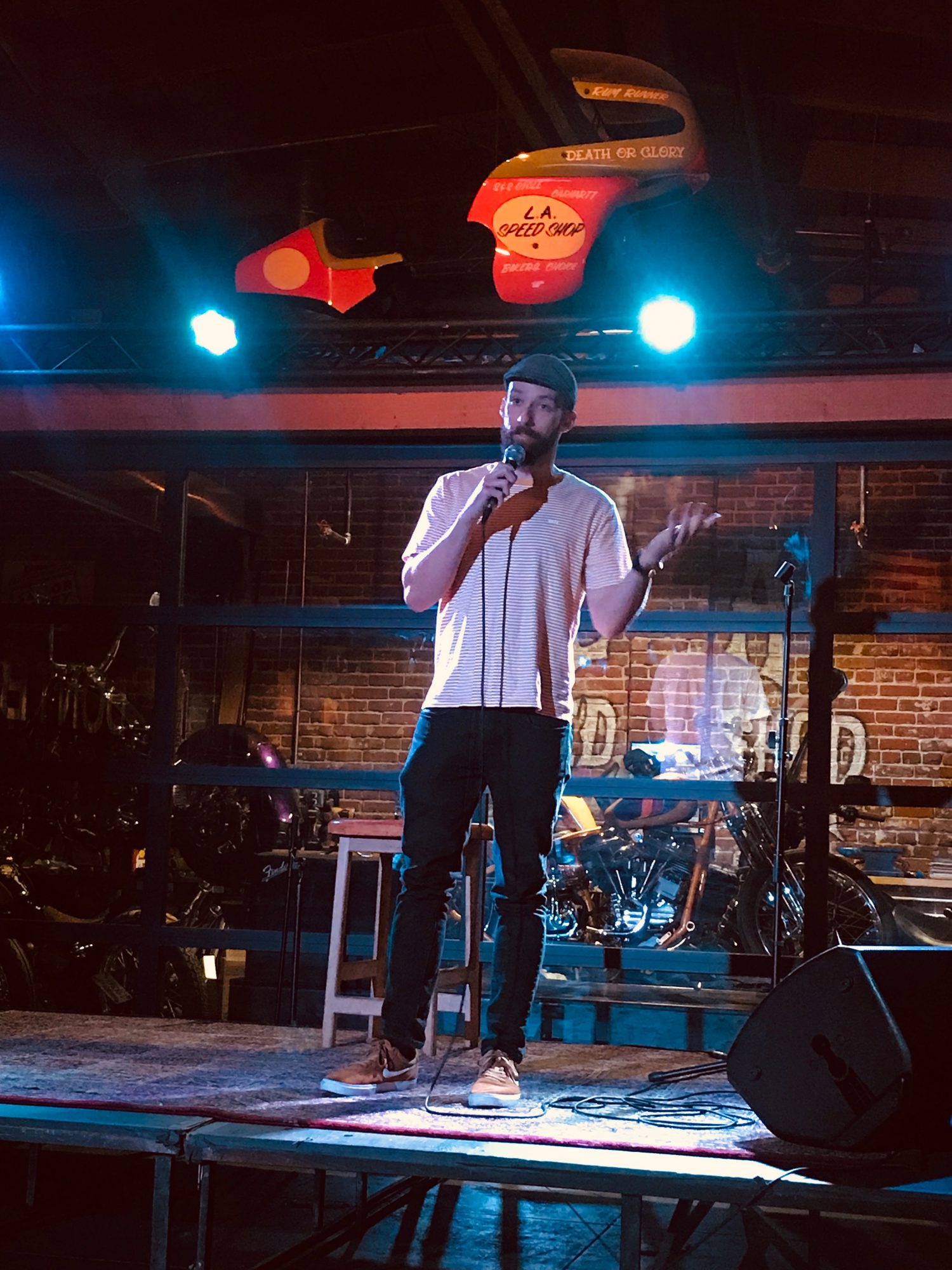