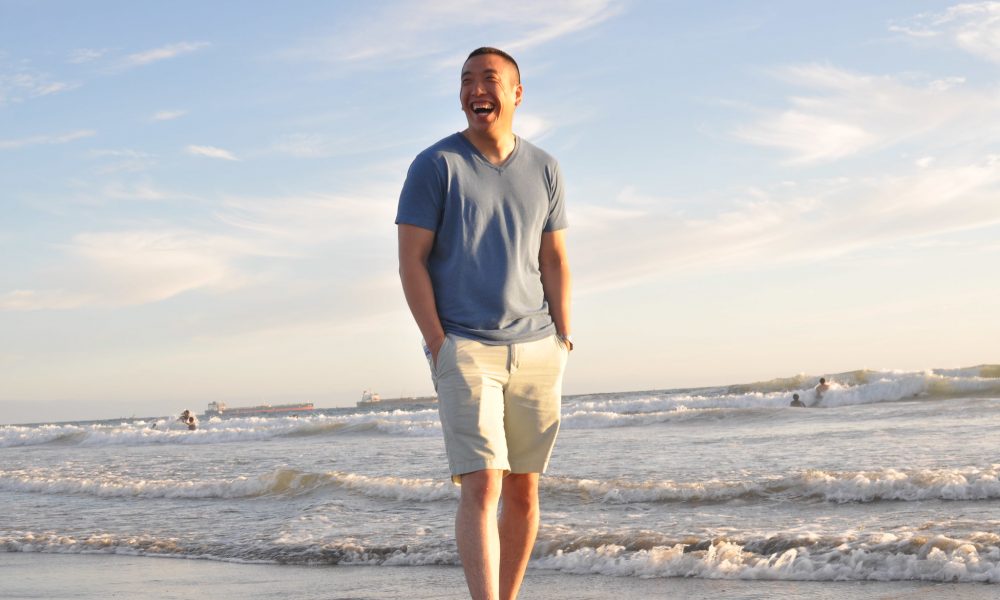 Today we’d like to introduce you to Mike Kim.

Mike, let’s start with your story. We’d love to hear how you got started and how the journey has been so far.
1.5 years ago, I left everything behind career-wise to start pursuing my dreams of standup comedy and acting. All I knew was that I was miserable and I had to do something different otherwise, I would continue to wither away.

I started with improv and then left that behind to focus solely on standup comedy. I was using improv as an excuse (even though I enjoyed it) because I was afraid to face my fear of being alone on stage.

To combat this, I threw myself into the fire and got on stage 300 times in 1.3 years. Once I got into the groove of hitting the standup open mics, it got easier and easier, and I got tougher and tougher.

Now I produce a monthly show at “M.i.’s Westside Comedy Theater” in Santa Monica. It’s one of the best comedy clubs in America. Comedians such as Dave Chappelle, Ali Wong, Jerry Seinfeld, and other heavy hitters have performed on that stage. Shoutout to Westside!

During the same time, I also started background acting. I was making minimum wage but I was happier than ever to be on television and movie sets. I took what I learned on set to make my own skits and eventually my first short film which is on YouTube. It’s called “A Bacon Horror Story”. I know. Just watch it.

Anyways, taking that lower paying job taught me that happiness is truly subjective, as I was miserable making more money previously doing things I disliked.

Fast forward to today, the quarantine hit and all comedy clubs and bars shut down so I couldn’t do standup anymore. Instead of complaining, I decided to go hard in the paint with social media and in 4 weeks, my TikTok audience grew from 5,000 followers to 129,000 followers. (All my social media handles: mikekimcomedy.)

I now have a loyal fanbase that is full of amazing people. It’s really an awesome community, I love it.

Great, so let’s dig a little deeper into the story – has it been an easy path overall and if not, what were the challenges you’ve had to overcome?
Man, it was a TOUGH road.

My whole life until the age of 28 (I’m currently 30) was spent trying to appease my parents and society. I made decisions based off of how people would view me… and eventually over time, I hit a breaking point.

Two years ago, I was ready to end my life. I was a walking zombie. An empty shell.

I knew I had to deal with this immediately. I moved back home and lived off my savings for four months doing nothing but trying to feel normal and stop hating myself.

During this time, I discovered I had childhood trauma I didn’t address. I thought I was fine, but I was wrong. In those four months, I learned every negative thought in my head was imprinted into me when I was growing up.

Here’s an example. One of my earliest memories was when I was six and my dad asked me what I wanted to be when I was older. I said I wanted to be a comic book artist. He said I won’t make any money and I won’t be able to survive. I felt massive guilt drawing from that moment on. Moments like that heavily impact a child for the rest of their life into adulthood.

Since dealing with my childhood trauma, I’ve gotten rid of 90% of my resting anxiety and depression. I can actually do thing without guilt or shame. (I suggest everyone look into their own childhood trauma.)

Once that got solved, the big issue was staying resilient and continuing to do standup. I was bombing so many times and the other comics weren’t friendly because there’s such a high turnover rate in standup. Nobody wants to invest unless you prove yourself.

I felt alone and suppressed and wanted to quit everyday for the first few months, but I knew if I stuck with it… something’s gotta give. Finally after some time, I realized “holy crap, I’m not scared at all AND I have standup friends? Woah”.

I also ran into some tough situations where I trusted the wrong people, but I learned from those experiences early on. So I appreciate those moments of mishap. It’s a gift.

Look, if you’re reading this and you’re a creative… if your soul is calling you to create… do it.

If you don’t, you are denying the world and yourself of your truth.

We have one life on this earth. So LIVE.

The Set Breaker – what should we know? What do you do best? What sets you apart from the competition?
Besides my monthly standup show “The Set Breaker Show” that I produce at M.i.’s Westside Comedy Theater in Santa Monica, I also have a weekly podcast.

The podcast is called “The Set Breaker”. It’s a comedy/self-improvement podcast. We get deep with the laughter and the conversation. It’s on YouTube, Spotify, iTunes, & Google Play. 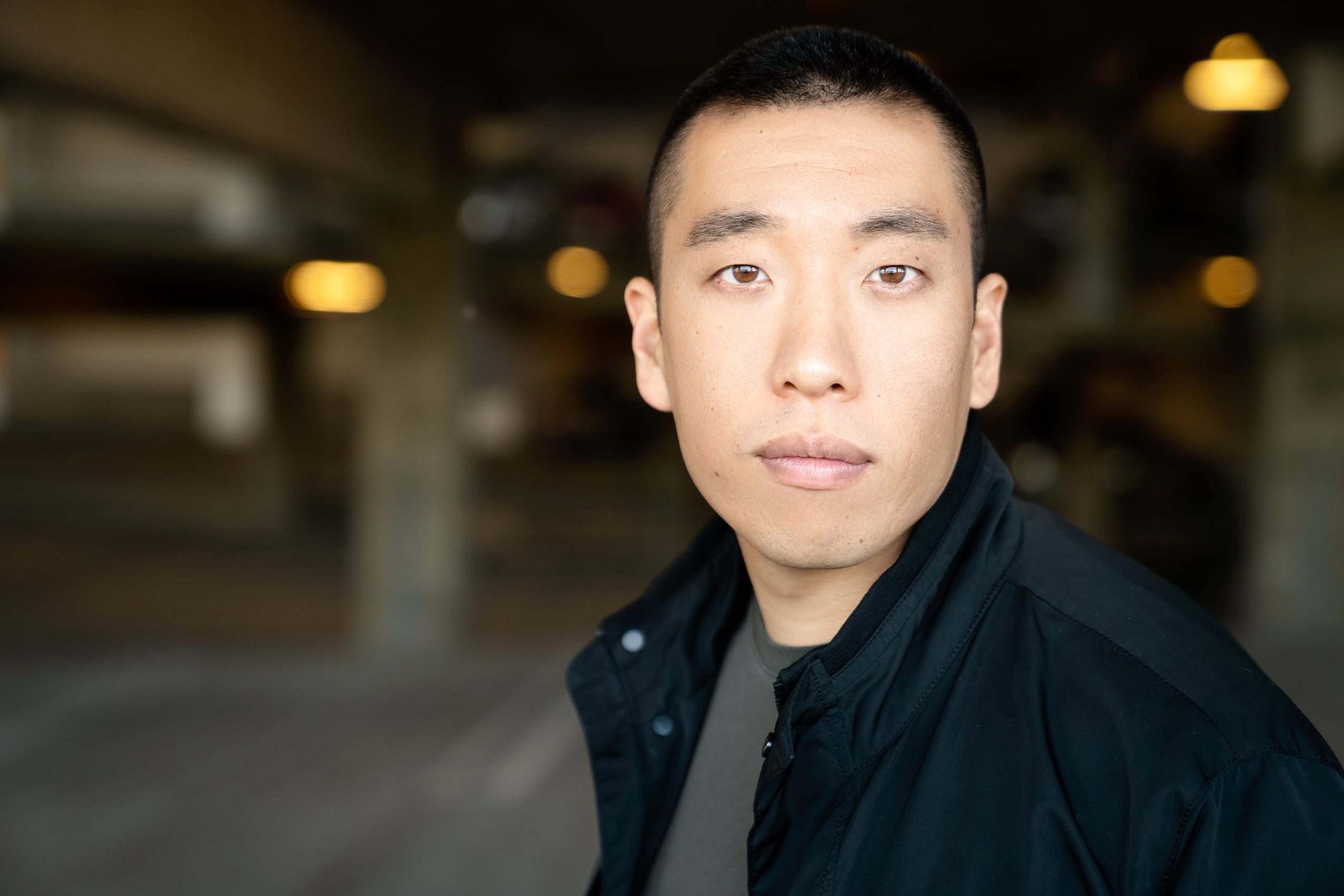 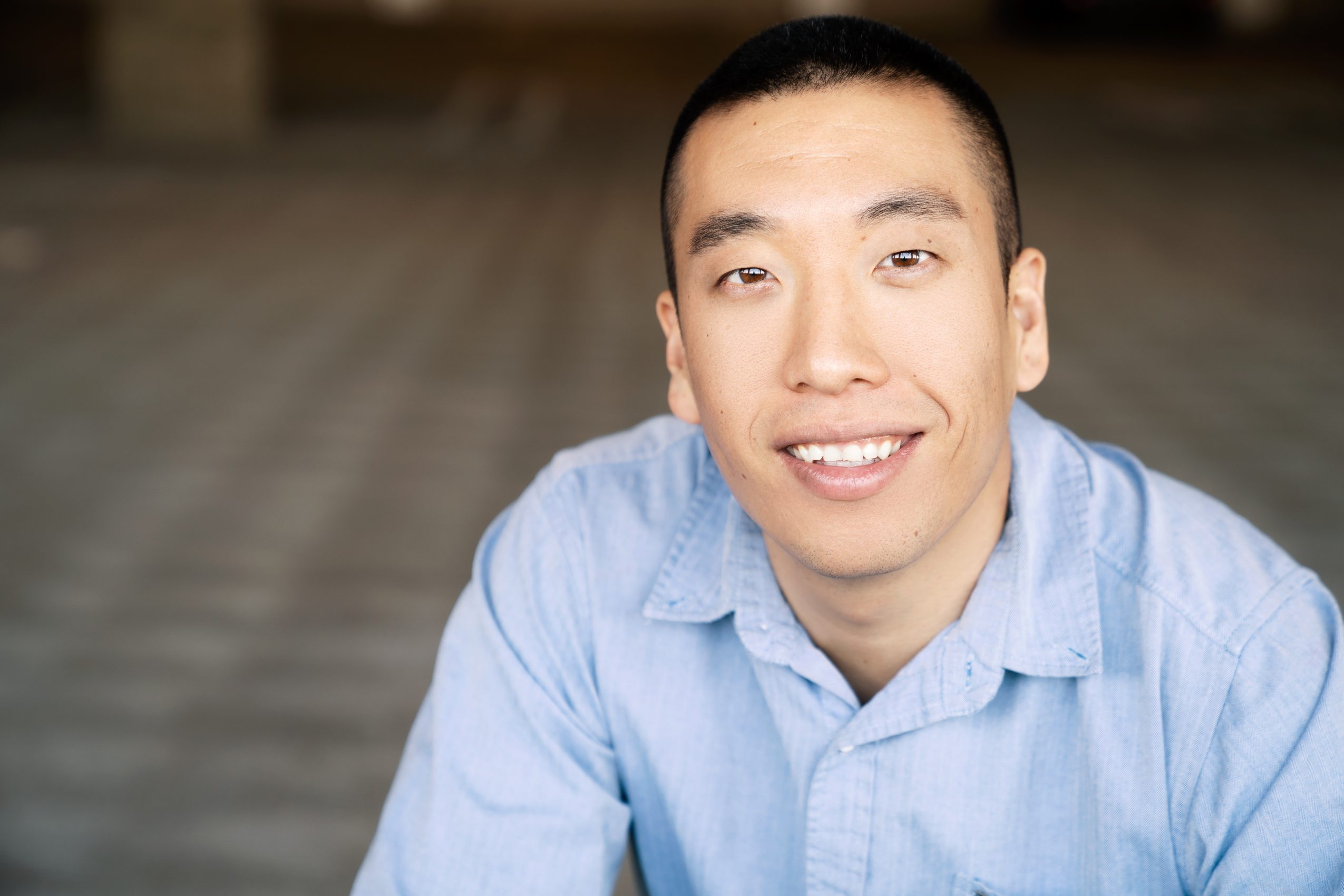 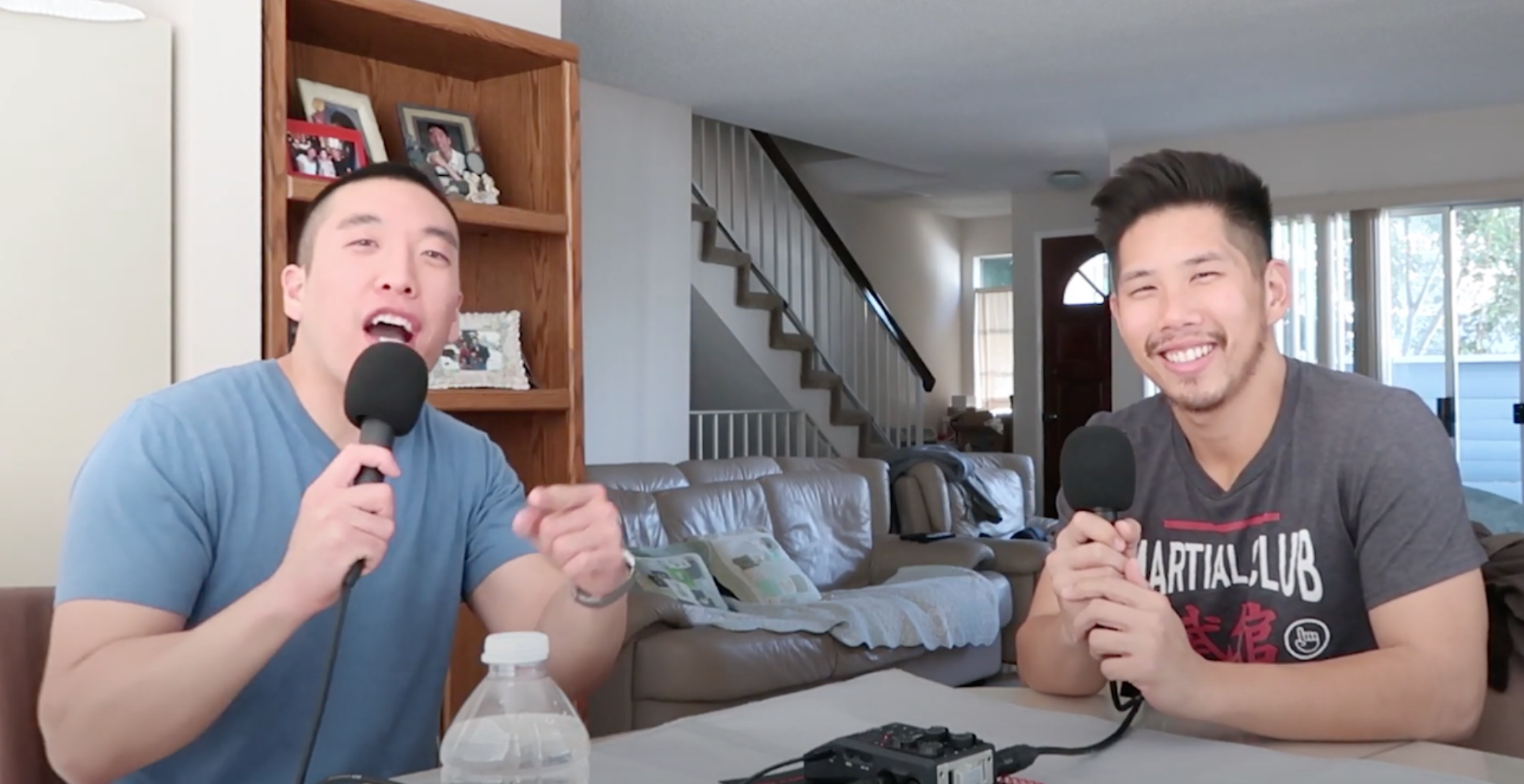 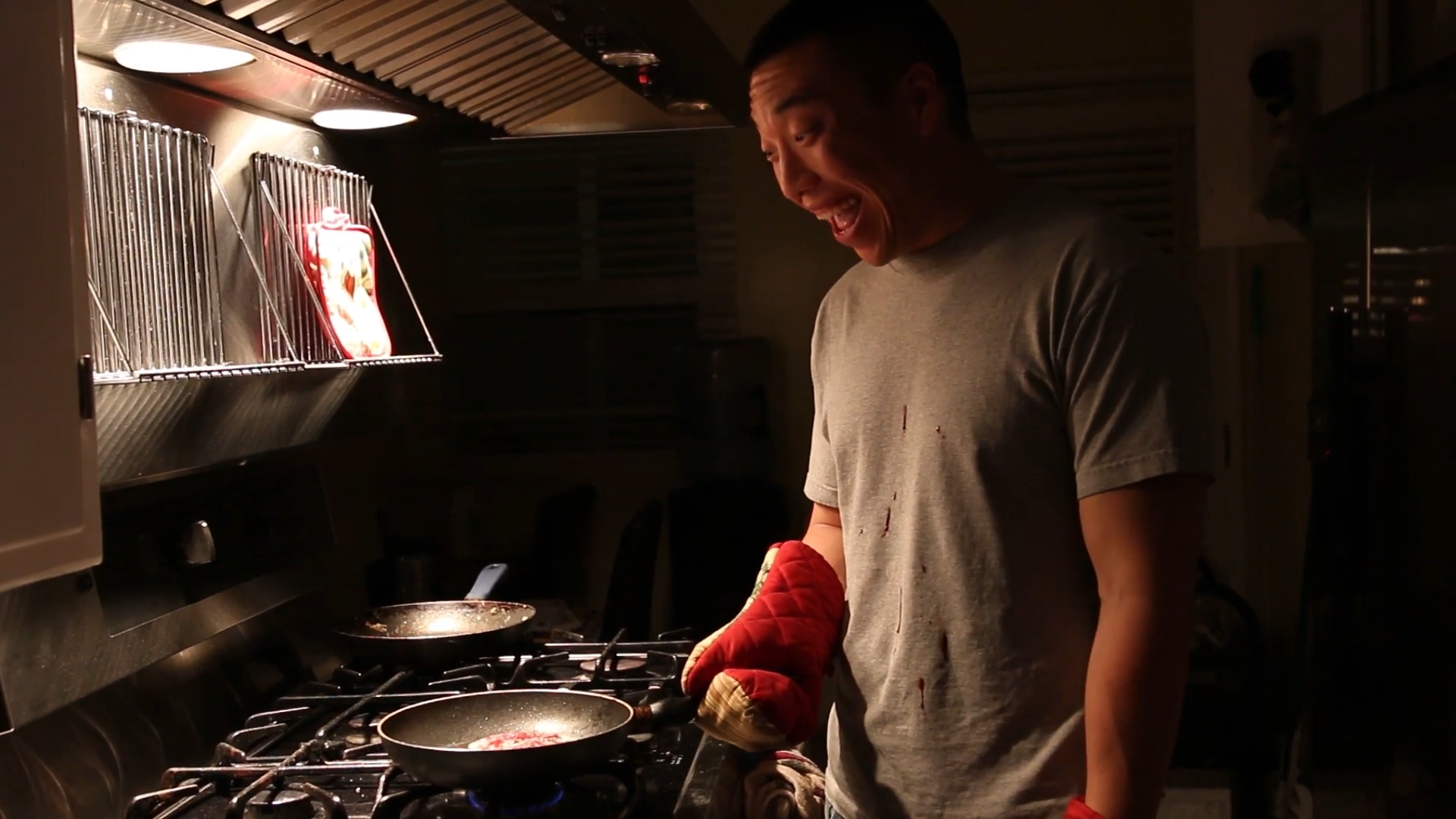 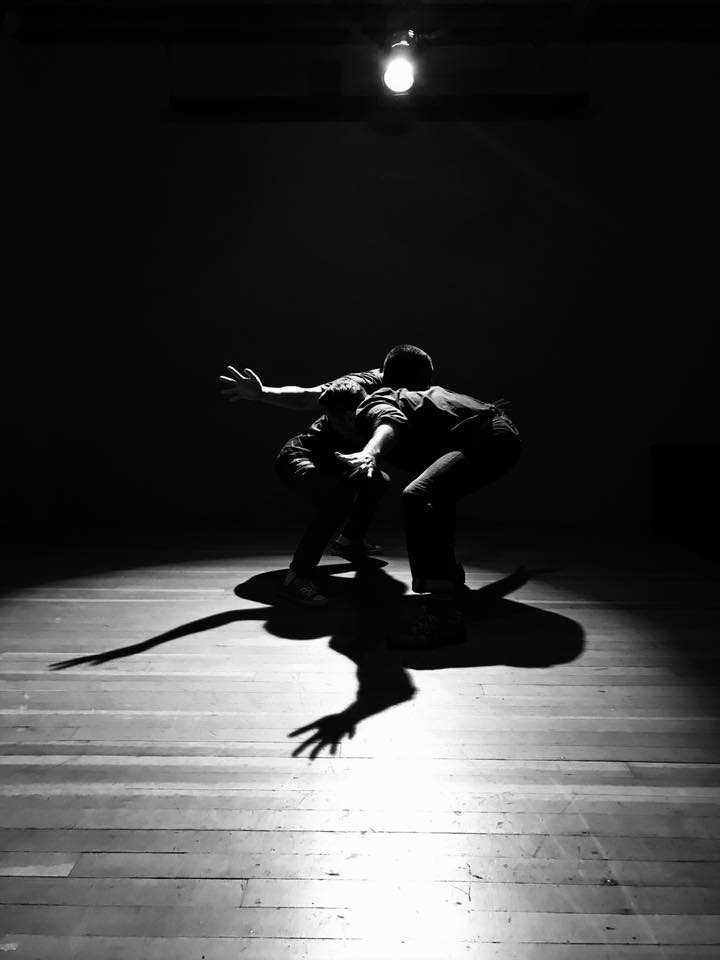