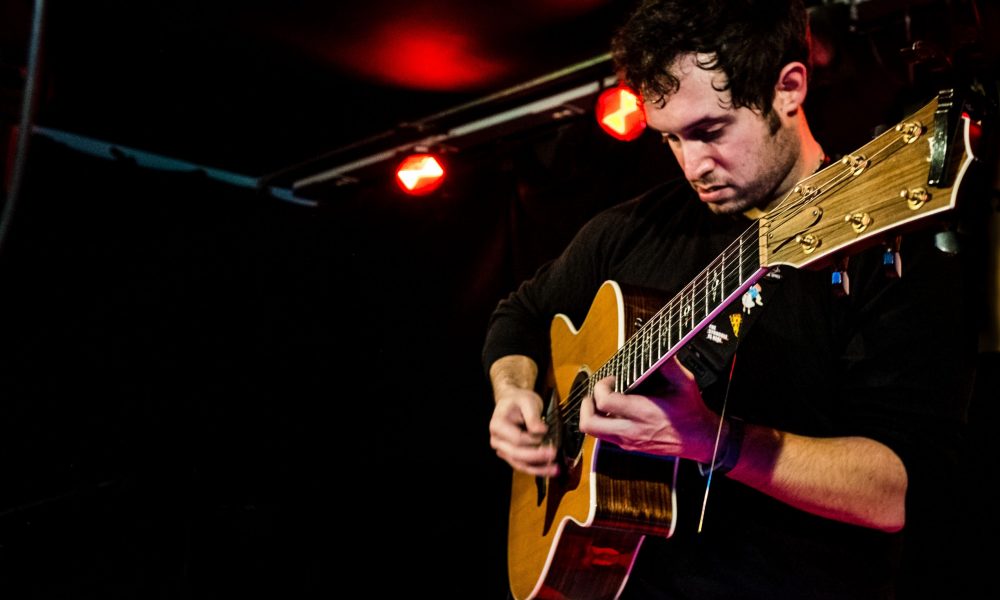 Today we’d like to introduce you to Mike Green.

So, before we jump into specific questions about the business, why don’t you give us some details about you and your story.
I performed my first show in 1995. It was for a crowd of about five hundred, gathered for a charity event at Toad’s Place in New Haven, Connecticut. Five hundred people is a lot of people, and I was eight years old, so you can understand that I was nervous as hell. When I took the stage, with a noticeable rosacea, I began to sing three songs in a weird Kermit-the-frog-like voice. The moment the frequencies on stage enveloped me, I eased up and realized this was what I wanted to do for the rest of my life. I wrote my first song around the same age. Soon after, I began touring with two friends my age in a Beatles cover band. A trio of nine-year-olds performing Beatles tunes in gymnasiums, at local schools around the state, for other kids their age. It’s subjective, but I may have been much cooler back then than I am now.

I had another band in high school. We sold out some shows. I eventually applied to Berklee College of Music. It was the only application I sent out because I was determined to get in. I’ve discovered my voice since graduating, have had music placed in television and film, as well as traveled to over thirty countries with an international events band, where we performed for celebrities, royalty, elite businesses, and luxury weddings.

I recently released a full length titled “Restart.” I began developing this album five years ago. It was recorded in my garage, here in L.A., and a few parts were recorded in Nice, France. There is an array of character on this record because it was pieced together while I was working abroad. It’s slightly unpredictable because of that, but that’s what I love about it. It’s gotta pop-rock vibe from a parallel universe.

Now I’m here, inside of this digital article, in your head as you read this. help.

Great, so let’s dig a little deeper into the story – has it been an easy path overall and if not, what were the challenges you’ve had to overcome?
It’s been a bumpy road to navigate through, but I trust my myself behind the proverbial wheel. I have an honest, irrefutable drive to create. I was an unpopular kid with big ideas who grew up in a small cottage home. It can be a struggle to celebrate progress, no matter how small or slow. I’ve done a lot since leaving home. On days that seem counterproductive, I try to remind myself that.

The obstacles will continue to be countless, expected, and in the end make you more resilient. I’ve experienced lows of how-am-I-going-to-pay-rent-and-eat-and-stuff-I-need-to-do-to-survive, to the highs of performing on stage at the Cannes Film Festival with my best friends and John C. Reilly, broadcasted to 24 million people. Moments where you think, “wait, what? how?” Performing is a volatile career. You have to put out buckets and collect leaks to subsidize yourself accordingly. Independent artists and freelancers alike might otherwise exhaust their resources waiting around for the ruptured pipe.

At times it feels like we’ve reached a saturation point, where appreciation for art is devolving, but really, it’s never been greater… just difficult to cut through the noise. Good thing is technology now connects us with genuine listeners who take it upon themselves to find new music, so people are in the right mood to listen if they choose to.

All you can ever do is throw yourself out into the universe. I’m proud to be releasing music I dreamt up and made in a garage with friends I deeply respect. There’s a chemistry to it. Live takes. Cool people doing cool shit. This is what life is all about. There is a music revolution happening all around us.

Tell us about your work – what should we know? What do you do best? What sets you apart from the competition?
Check out my debut album “Restart.” Listen to what we’re doing. I want to bring people together and offer an escape from the madness for a bit. I’m no different than you. It’s about what brings us together. Then again, what may set me apart from most is that when the power goes out, I can still play my songs for you.

Do you look back particularly fondly on any memories from childhood?
When I was four, I’d stand on top of the coffee table, singing and strumming away to “I wanna sex you up,” by Color Me Badd, with the toy guitar I swindled out of my mom for being a good son. She knew I sounded terrible, but she also knew that my right hand was possessed by a rhythmic demon. So she decided to buy me guitar lessons. The rest is history. 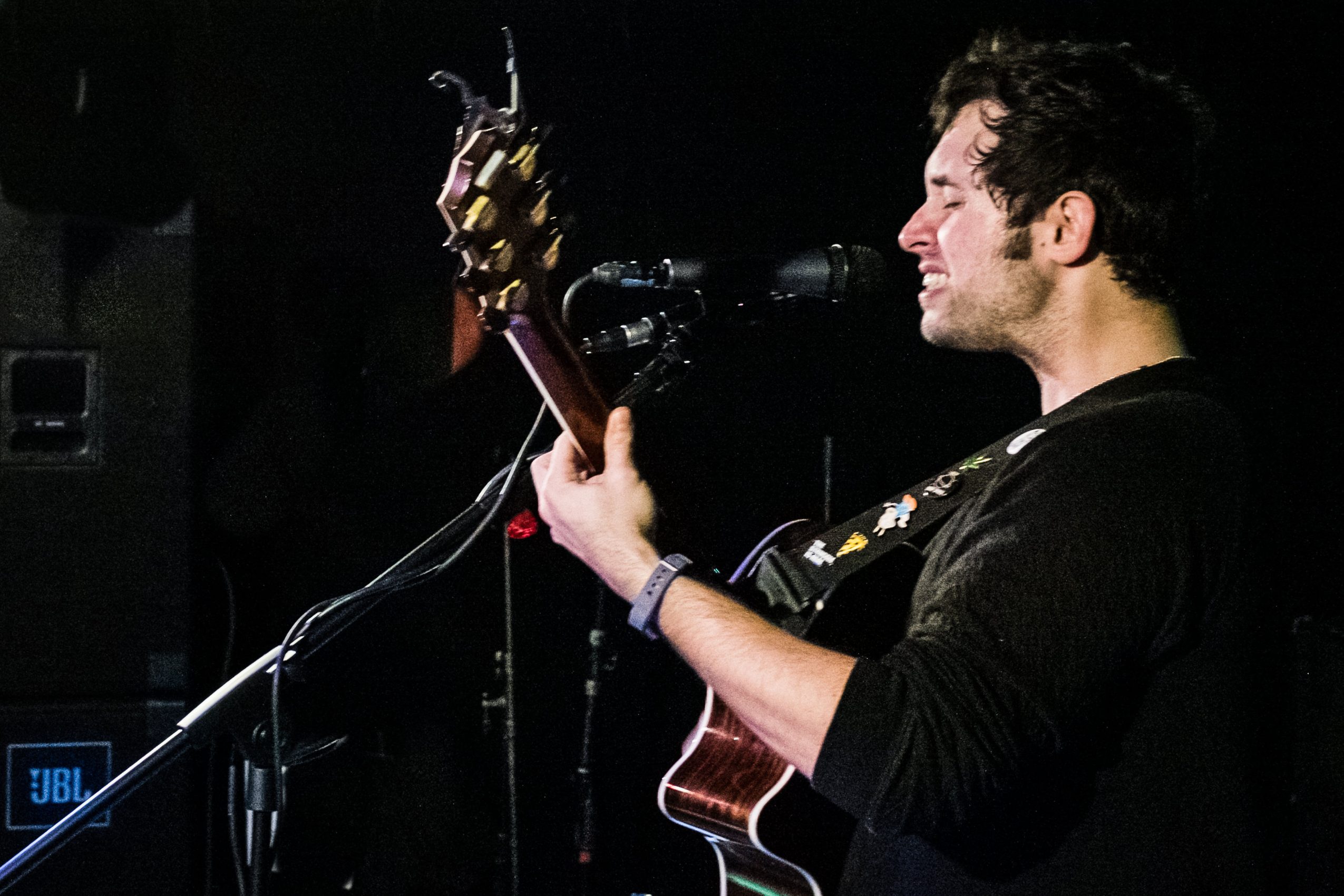 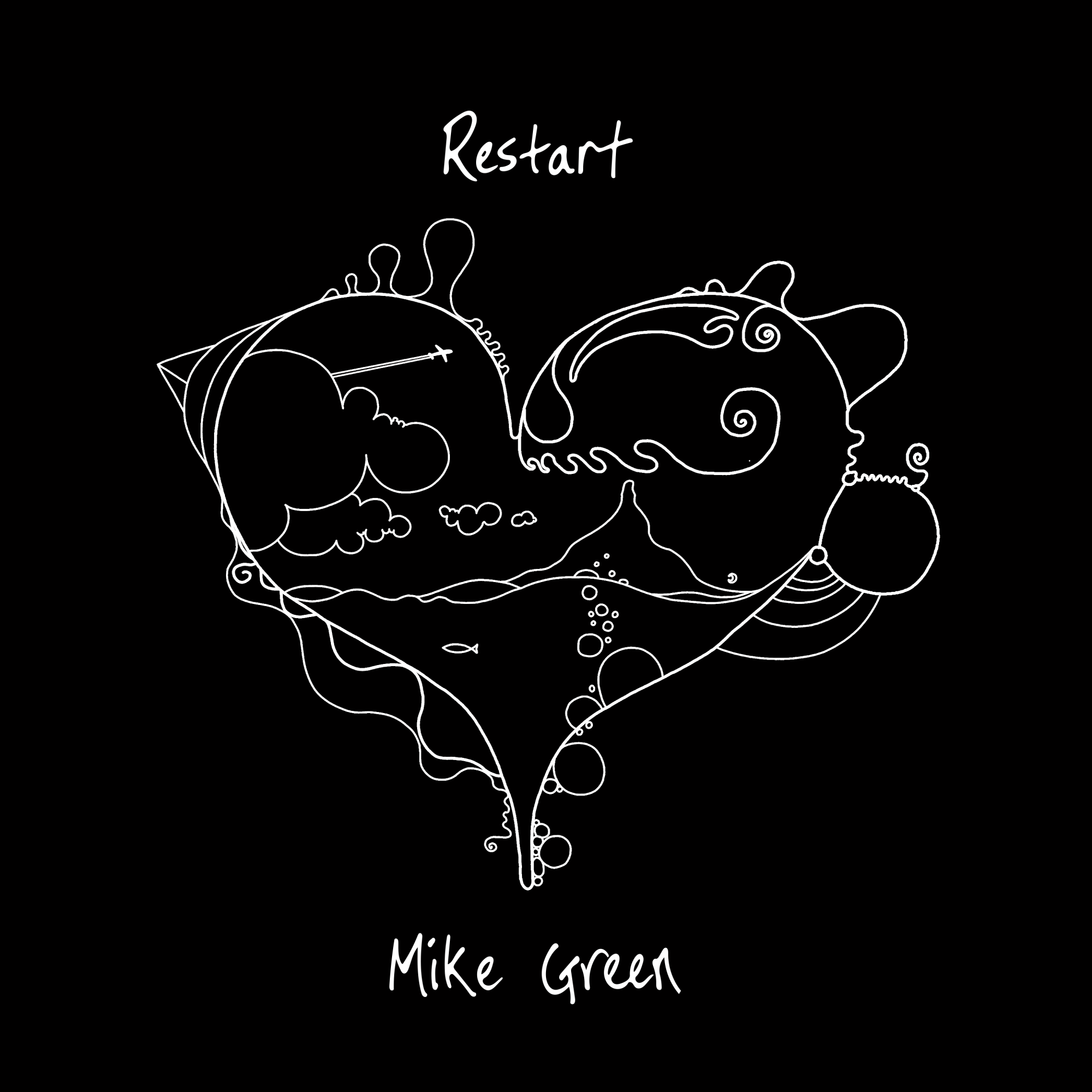 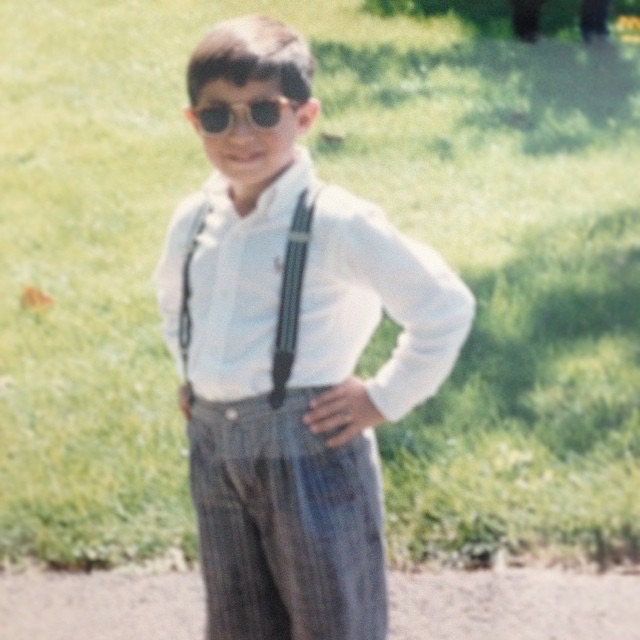 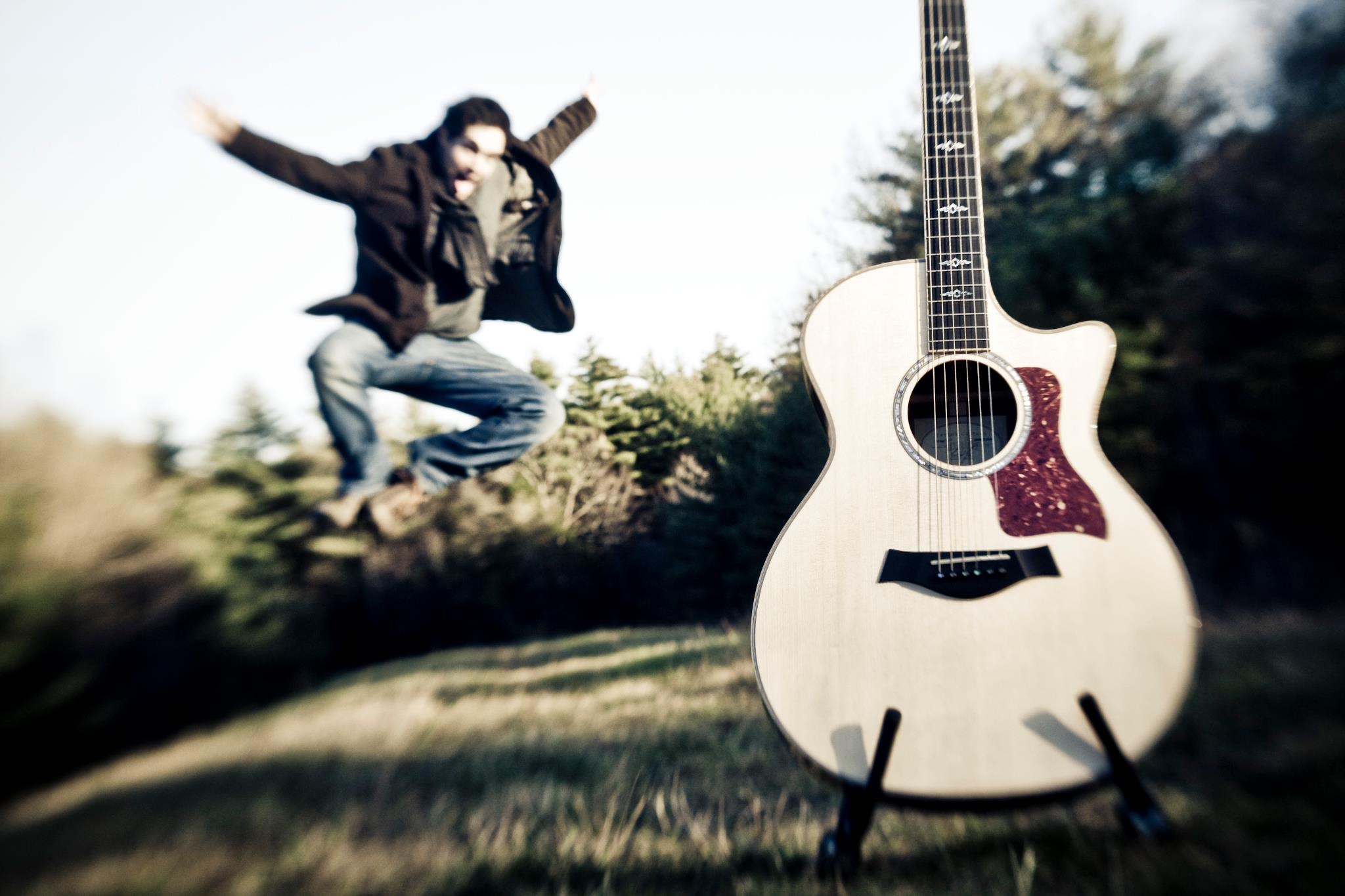 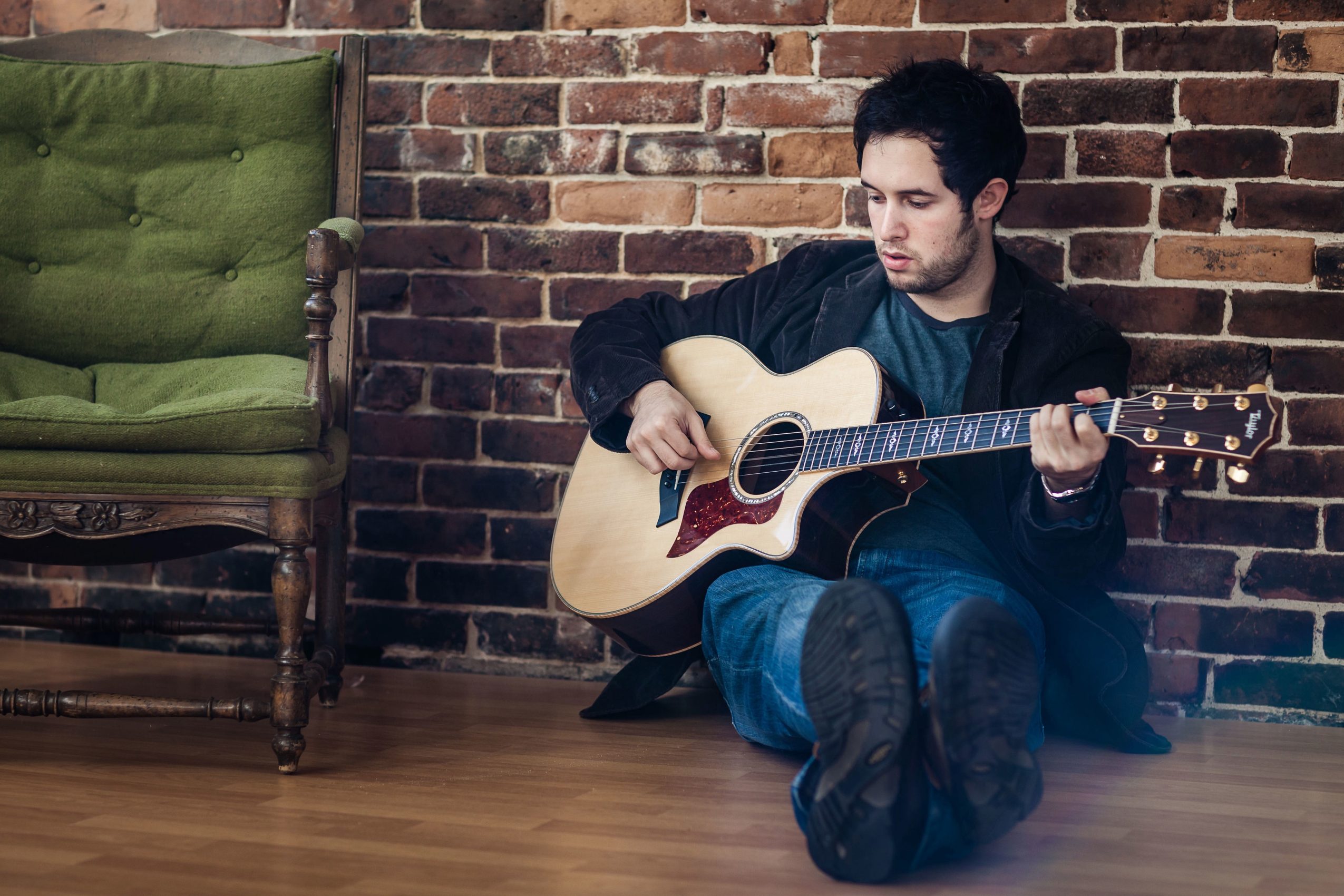