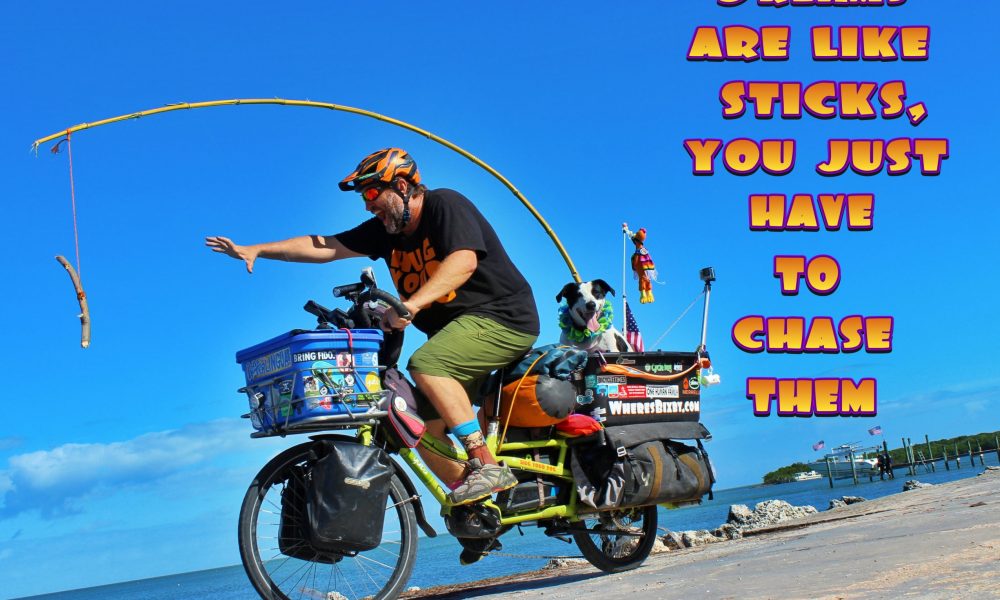 Today we’d like to introduce you to Mike Minnick.

Thanks for sharing your story with us Mike. So, let’s start at the beginning and we can move on from there.
A former chain-smoking bartender in Austin, TX I decided I decided to break out of the complacency I was in when a fellow Austenite offered me a Burning Man ticket back in 2011. I quit my jobs and about a little truck so I could bring my best friend Bixby (a shelter dog from the local pound) with me and we took off on an adventure. At the time I had no idea what it would turn into. After Burning Man, we exploring National Parks all over the country and eventually landed in the Ghost Town of Terlingua in SW Texas near the Mexico border and a few miles from Big Bend Natl Park.

My truck broke down there and I had no more money to fix it and was soon embraced by this tiny community and given a bartending job and a school bus to live in for free. I stayed a year and a half in the bus just saving money. If Burning Man was a town, it would be Terlingua. There’s magic in the air down there. While there I met the Coyote Brothers, Tim and Noah Hussin who were 2 years into a cross-country bicycle journey and we become fast friends and their story inspired me to take the journey that changes my life.

I quit smoking, bought a Yuba Mundo Cargo Bicycle (Yuba is a bit company headquartered in California that specialized in Cargo Bicycles aims at getting people out of their cars), so that could I mound a large dog crate and bring my 60lb best friend with me. Of course, we have to think about safety so that’s where Chicken Charlie comes in.

He’s our Orange Rubber Safety Chicken that keeps cars from hitting us and mounted him on the back so he could keep a watchful eye. At first, my goal was to just pedal the east coast. Can I do this? I hadn’t ridden a bike since high school and not exactly a jock here. So we set out of Lubec, ME (Easternmost town in the US) and set our sights on Key West. Everything started changing.

My whole perspective of our country and its people. This is so exciting and once we got to Key West, I didn’t want to stop. As we went through Miami, a local news crew saw us and did a story on us and on New Year’s Eve, as we were in the Keys, ABC news made us the final story of the year 2013. Everyone wanted our picture and wanted to play with Bixby, it was so cool and a new idea was born. Maybe if we keep going, we can do something good with the publicity we may get. With that, we visited the local Humane Society and in Key Largo and realized that while the island is full of millionaires, their local shelter was in dire need of support.

Bixby is a shelter dog, so let’s use Bixby as an ambassador to shelter dogs everywhere and get people and let our adventure show how cool rescue dogs can be. With that, we decided to head towards California. Little did I realize it would take me over a year to get there. We pedaled up the Florida Gulf Coast and eventually to New Orleans where we pedaled in a Mardi Gras Parade, then to Austin where we got to sing Happy Bday to a then 81 yr old Willie Nelson, then to avoid the summer crossing the deserts to LA, we went north to Oklahoma, Colorado, Montana then made our way to the North Western most town of Blaine, WA at the Canadian Border and started south.

All along the way news stations and newspapers everywhere would come and interview us and we would get them to meet us at local shelters where we could hight pooches like Bixby looking for the Humans to Rescue. We also started amassing a falling on social media and all kinds of encouraging words from people all over the world. We started down the coast past Seattle, Portland and Eugene and finally into California and ended up spending the entire year of 2015 slowly pedaling down the Coast. The Redwoods, the Golden Gate Bridge, Big Sur, Big Sur, Big Sur (Holy Ruff we like Big Sur) then LA and eventually to Mission Beach San Diego where on our 1st night there our bike was stolen. We eventually got it back thanks to all the news stations coming out and sharing our story, but our gear was all gone.

Local help us out with places to stay, but in our downtime, we learned of a guy who had just broken the world record for distance on an e-bike. A new idea was born. I contacted Yuba, the bike company, and told them I would break that record if they gave by an electric cargo bike. They did, and we did. That April 2016, we left Palo Alto on a whole new adventure and over the next year and 3 months, we pedaled the entire circumference of the country and tripled that world record ending last July 11th crossing the Golden Gate Bridge. Now we’re gearing up for another adventure still working out the details.

Overall, has it been relatively smooth? If not, what were some of the struggles along the way?
The biggest challenge initially was convincing myself I could do it. Not only had I not ridden a bike in 20 years, but this bike fully loaded was 300 lbs. Most people who embark (pun intended) on cross-country bike ride bikes weigh less than 100, and I’m not a skinny spandex wearer, I’m a big guy, so physically it was a challenge. Other than that, it was the weather.

When we left Main Sept. 6th, 2013, the local radio said it would be the warmest day for the rest of the year. I was always just barely ahead of winter coming down the coast.

When it rains I had to find whatever I could to get out of it. Underpasses, businesses old abandoned barns etc. Another thing is roads with no shoulders like all of South Carolina. Big hills and mountains. Bixby has to get off and walk beside me and I push my bike up the all those hills and mountains. It takes forever, but the backsides sure are fun.

Once in Centennial, Wyoming locals warned me about the “Big Pass” and told me it might take 2 days to summit, so a local man offered to let me tie my bike to his Harley and he’d just pull me up. What could go wrong? It ended very very badly and we crashed in front of the whole town and was injured pretty good. Bixby was fine though. I’ll never do that again! All in all, the longer we were out, the easier it got. As our social media great, people from all over offered to host us for a night or two and feed us, and local shelters would reach out to us hoping we could come by.

Where’s Bixby? – what should we know? What do you guys do best? What sets you apart from the competition?
Where’s Bixby was just an idea for a Facebook page in the beginning. I wanted a way for people to follow us but wanted the attention to be paid to Bixby. I’m just the pedaler. Our social media is done through her voice as a rescue dog who’s human would clearly be lost without her. It was a fun way to be creative as well and to gear our adventures to be kid-friendly. I also started selling “Hug Your Dog” T-Shirts to help fund our operation. It’s my intention to take this further and we’d love to be able to really raise money for these shelters as our travels continue.

Who knows, maybe one day the Adventures of Bixby, her Human & Chicken Charlie will be a cartoon. That’s really what I want. I want Bixby to be the spokesdog from all shelter dogs and make shelter dogs the posh thing. No One should be breeding dogs in this country as we euthanize millions of others every year.

What is “success” or “successful” for you?
Our success has been in the form of accomplishing something I previously thought impossible. This chain-smoking bartender has now pedaled over 25,000 miles for more than 4 years all over this country. Met Tens of thousands of people.

Ultimate Success will be “Bixby” is a cartoon and series of kids books that focus on local animal shelters. The idea of being only a shelter dog can take a human on an adventure like ours. It’ll happen! 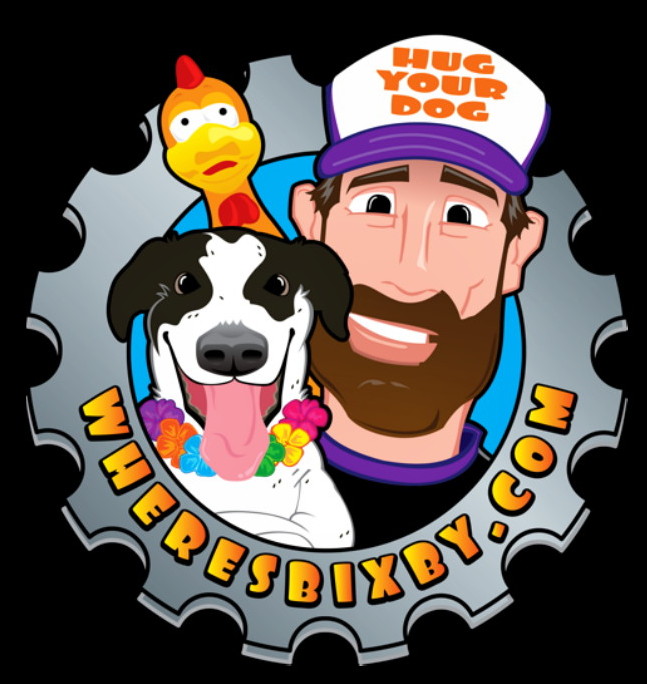 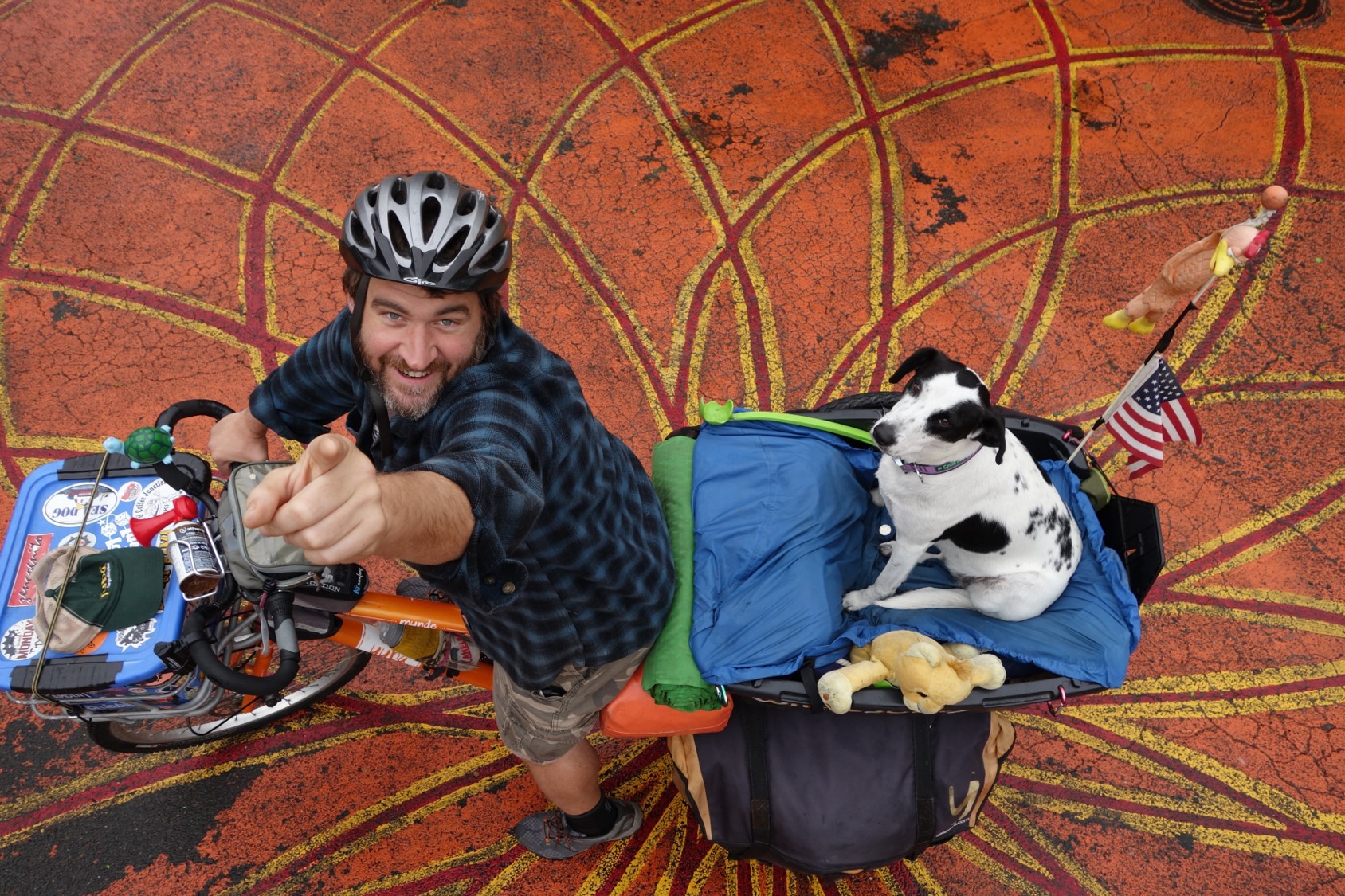 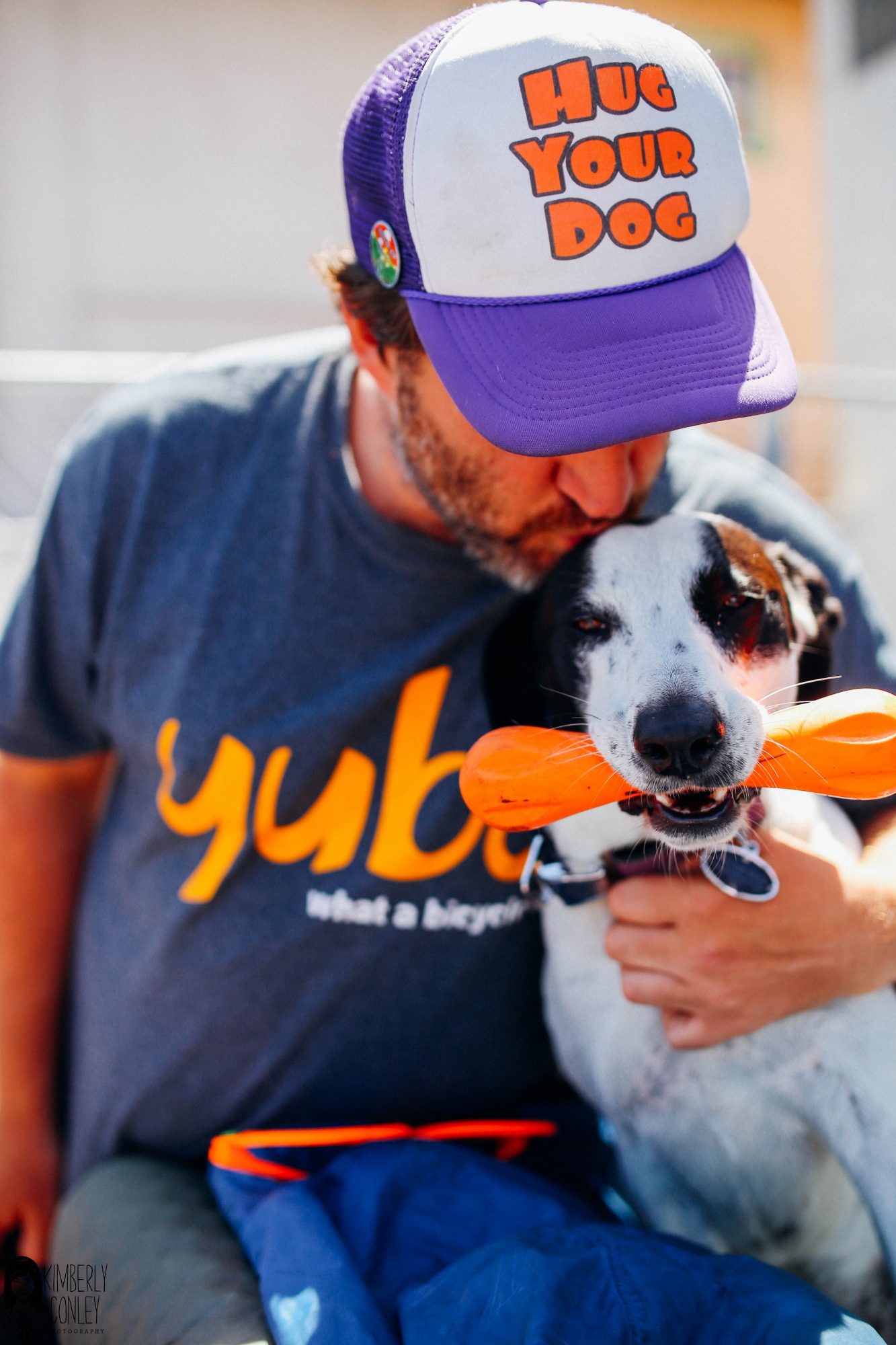 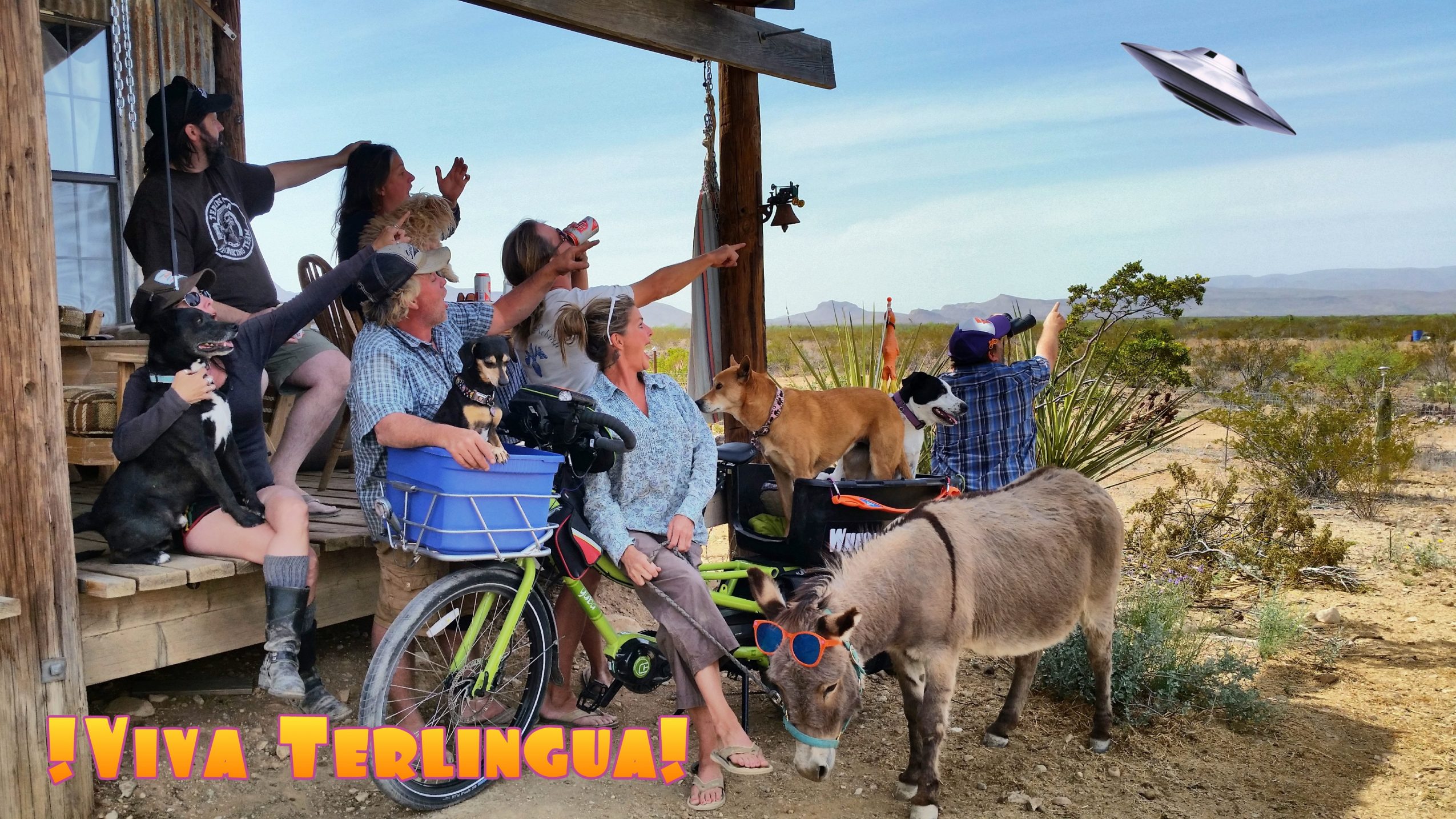 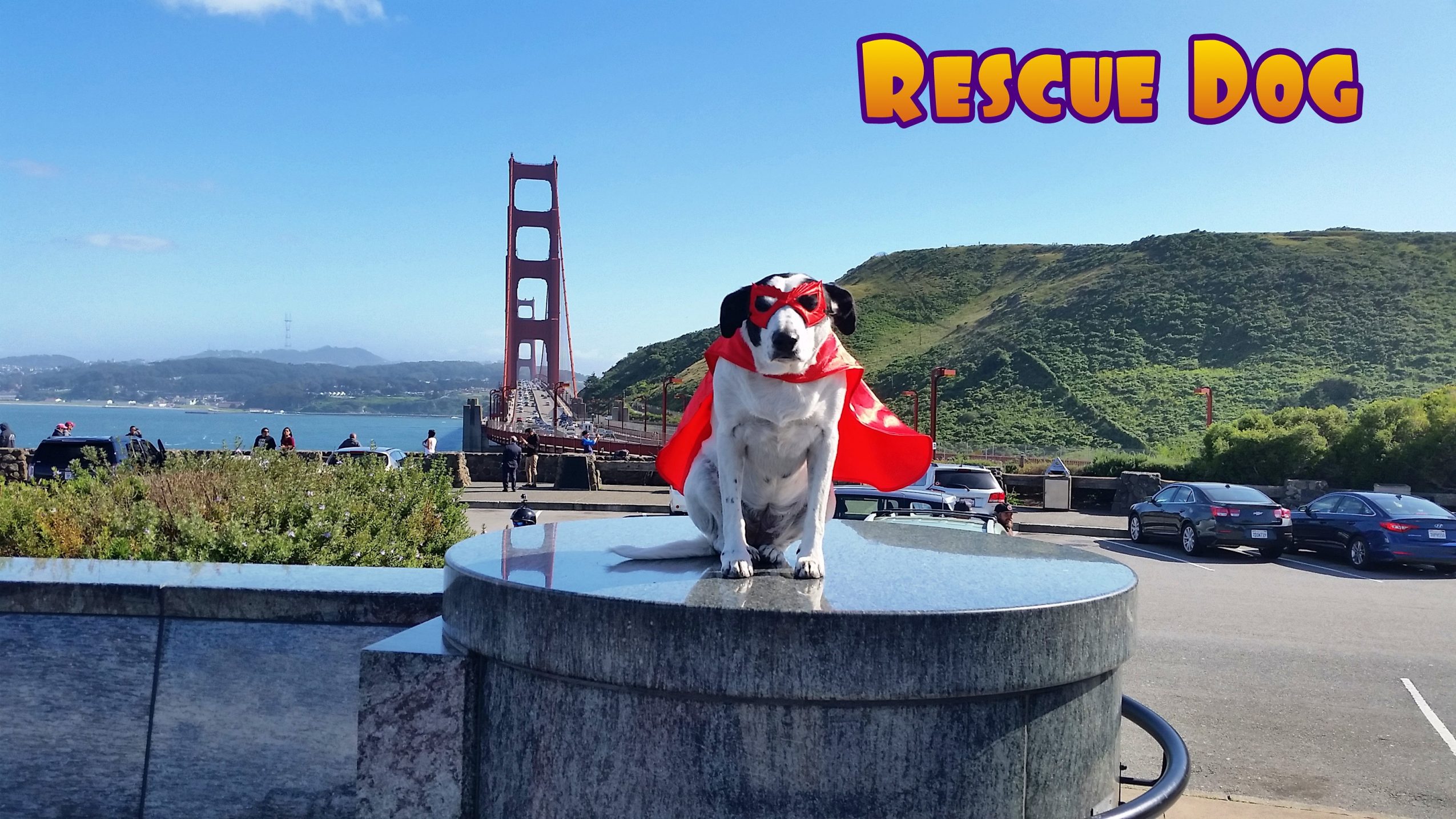 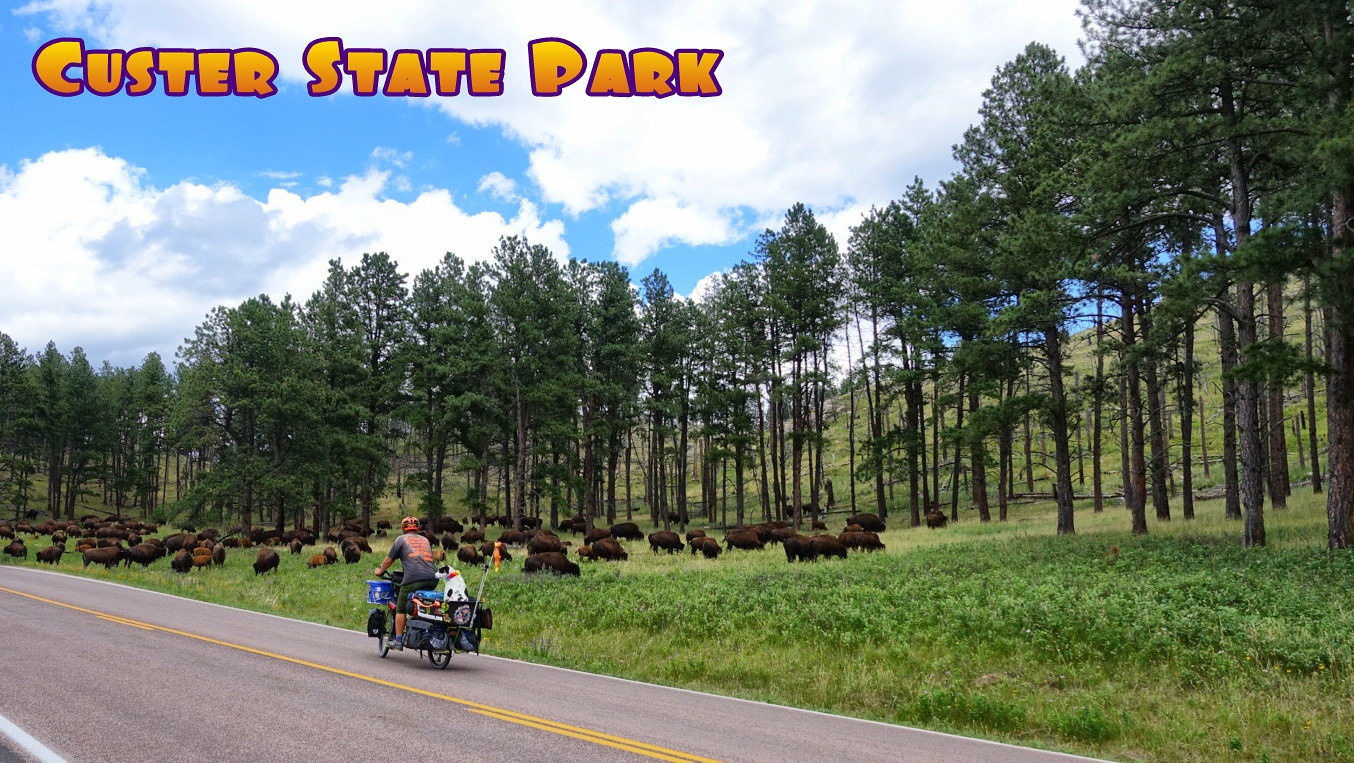 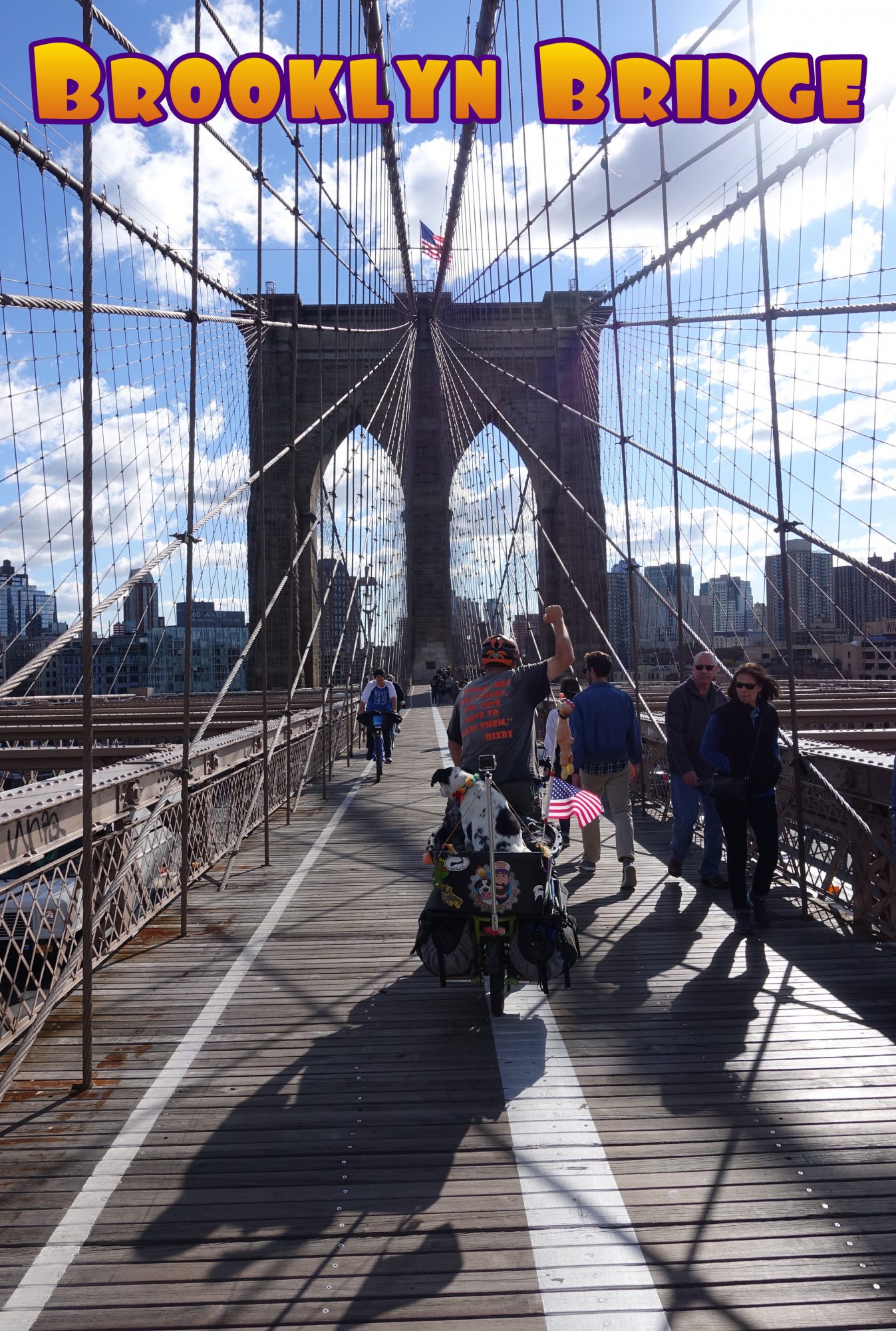 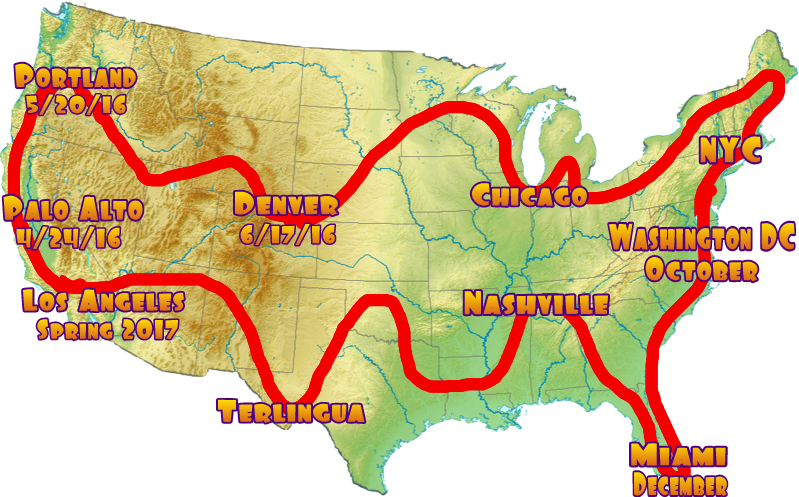 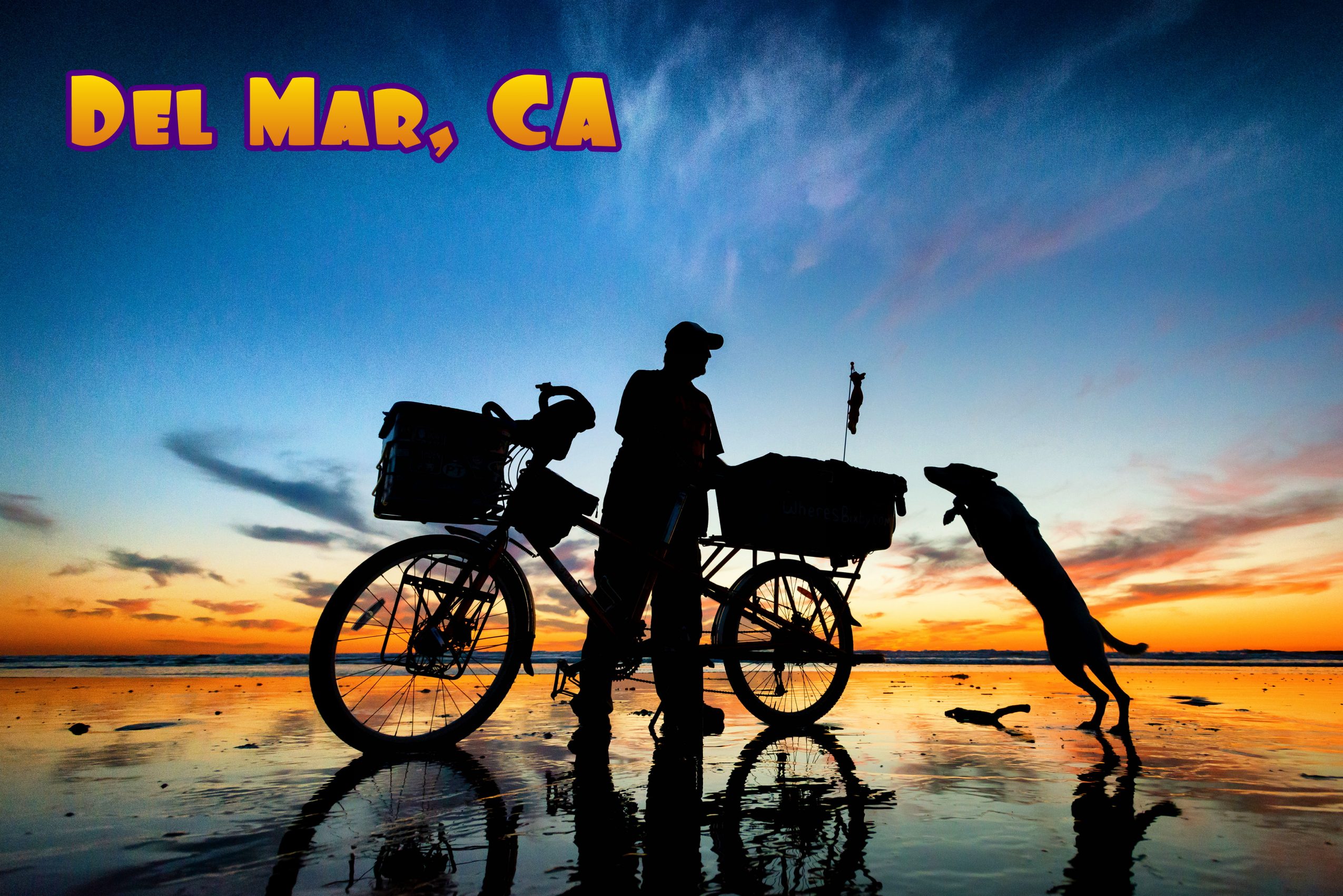